The Big Finish is a main quest under Asgard in Assassin’s Creed Valhalla.

Your task is to examine the Builder’s tower and find out who he really is.

Here’s a walkthrough of The Big Finish in AC Valhalla. 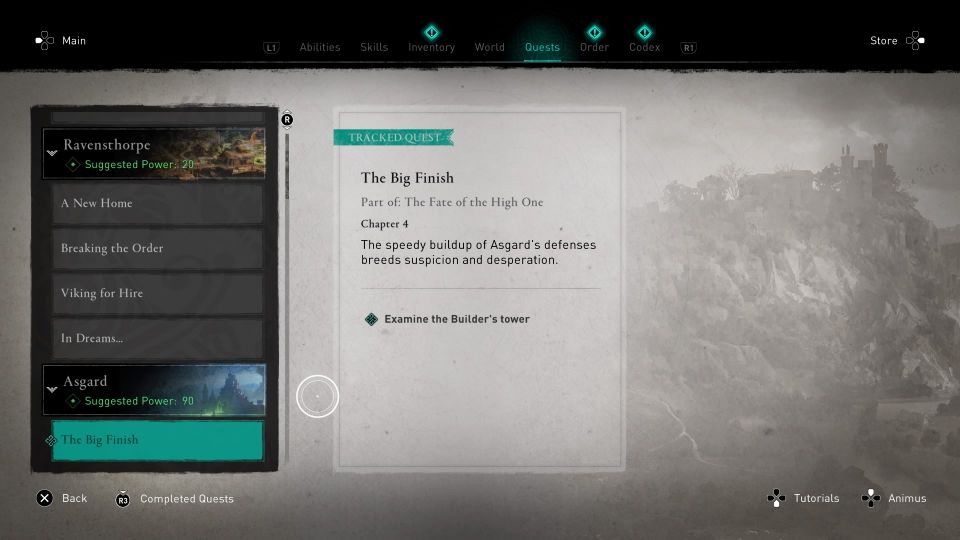 The exact location of the tower is shown in the map below, marked by the quest symbol. It’s in Indre Holm. 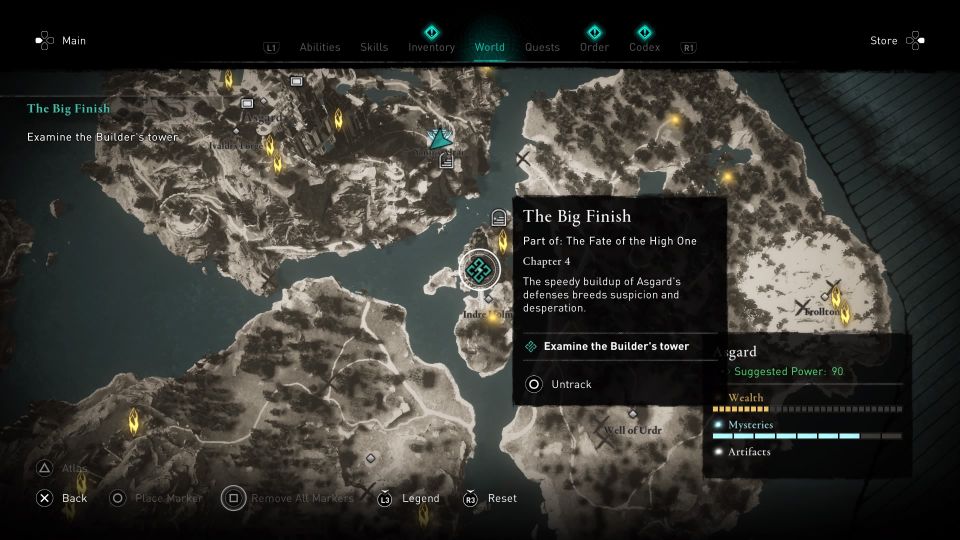 Talk to the Builder who is inside the tower. 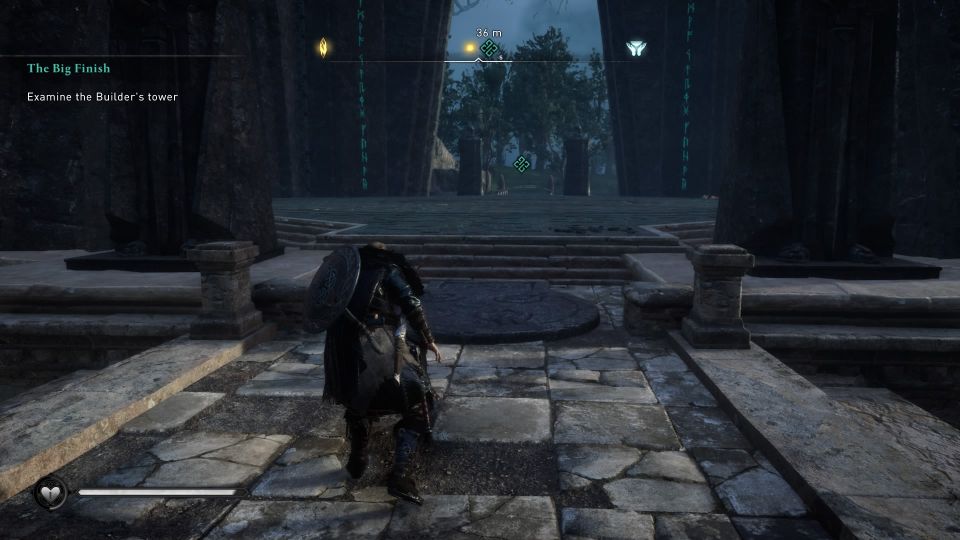 However, it doesn’t seem to affect the quest’s outcome as the truth about the Builder should come out.

Loki shapeshifted himself to look like Freyja but the ruse failed. Regardless, the gods captured the Builder for the time being. 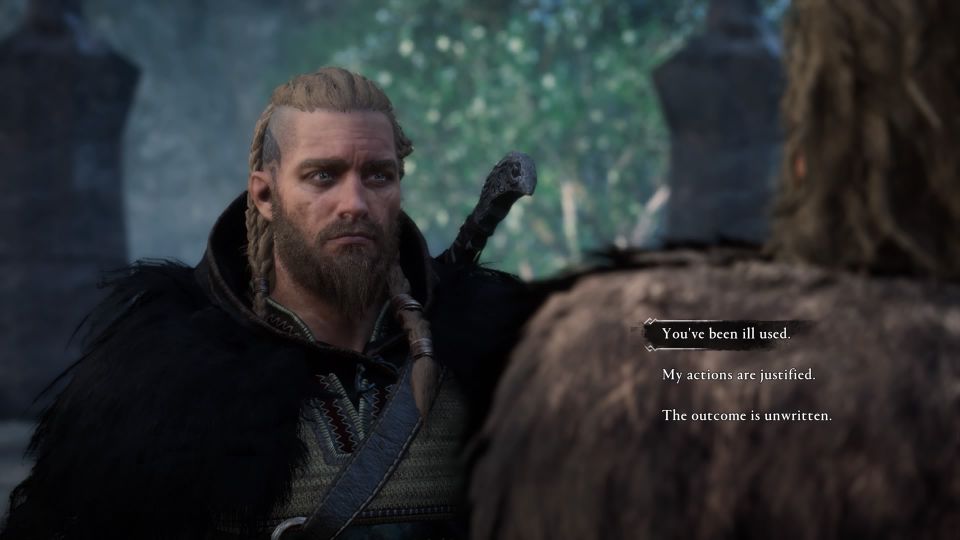 Search for the Builder’s paint

Head south from the Tower to look for the Builder’s paint. 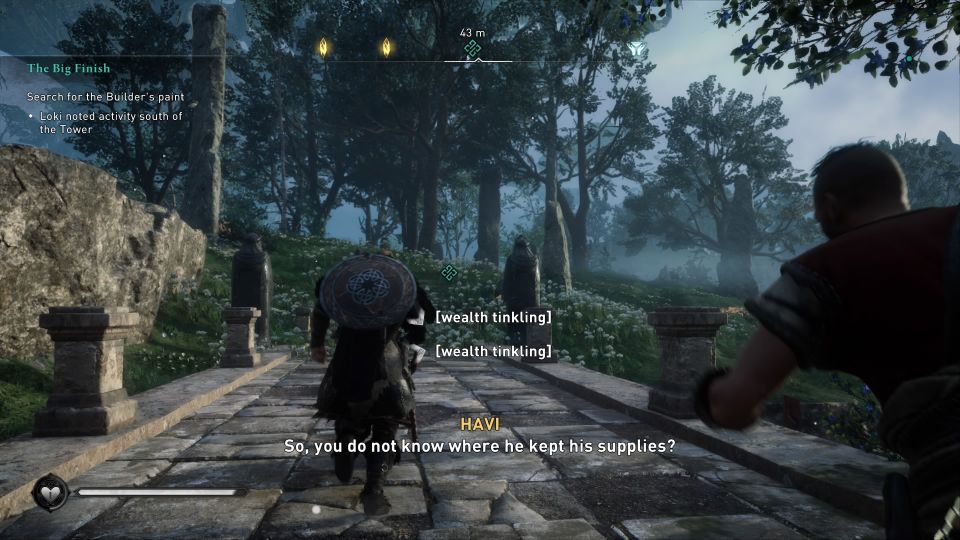 You will see some green tracks if you use Odin’s sight. 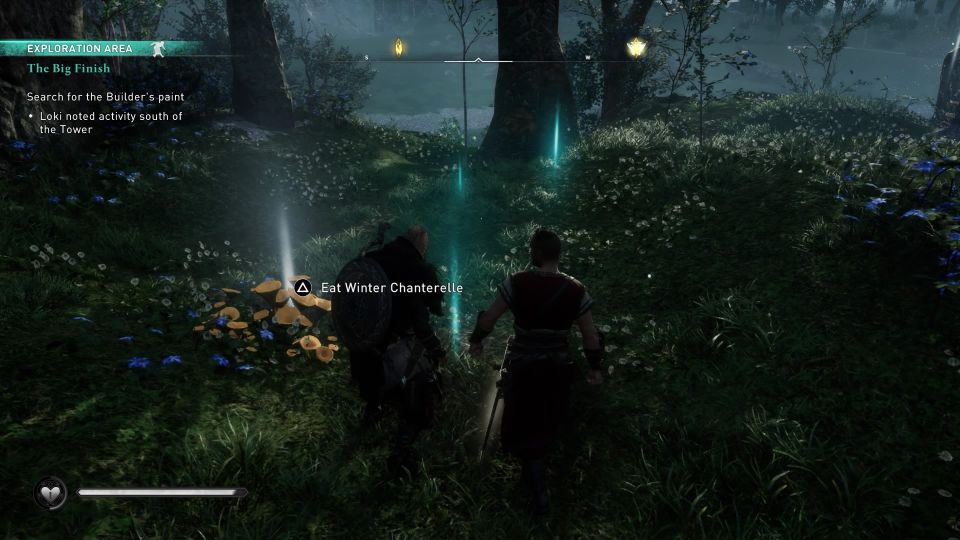 You will come across two shapeshifting Jotnar inside. Kill them both.

After clearing the first area, force open the red door.

Inside, you will find even more Jotnar. Take them all out with the help of Loki.

Bring the paint back

Carry one of the crates of paint and head back to the tower.

A cutscene will trigger as you reach the gods in the tower. Before you head to the tower, make sure you have enough rations and arrows.

During the cutscene, you’ll learn that the tower’s magic wasn’t used to kill other Jotnar but to trap Havi inside.

The Builder is actually a huge Jotunn who wields a large sledgehammer.

You have to defeat him in a boss fight.

His attacks cover a lot of ground, so you may want to step back whenever he swings his hammer.

The Builder also has a couple of unique moves, like sending shockwaves, creating trap walls and summoning “meteors”.

They are mostly avoidable as you can see the prompts before the attacks happen. You can just keep dodging away if you have the stamina.

After getting his life to half, he will be more aggressive and can create even bigger walls.

If you get trapped in the walls, it will be hard to avoid his attacks. Try to use up your arrows as well if you wish to keep a distance.

Use the gate to Jotunheim

After your battle with the Builder is over, Havi will volunteer to go to Jotunheim.

Once you head to Jotunheim and leave Asgard, you will be back as Eivor for the time being.

You’ll need to talk to Valka again if you wish to start the Jotunheim chapter.