Taken For Granted is a quest under Ravensthorpe in Assassin’s Creed Valhalla.

Your task is to take Randvi for an outing at Grantebridgescire.

Here’s a walkthrough of Taken For Granted in AC Valhalla. 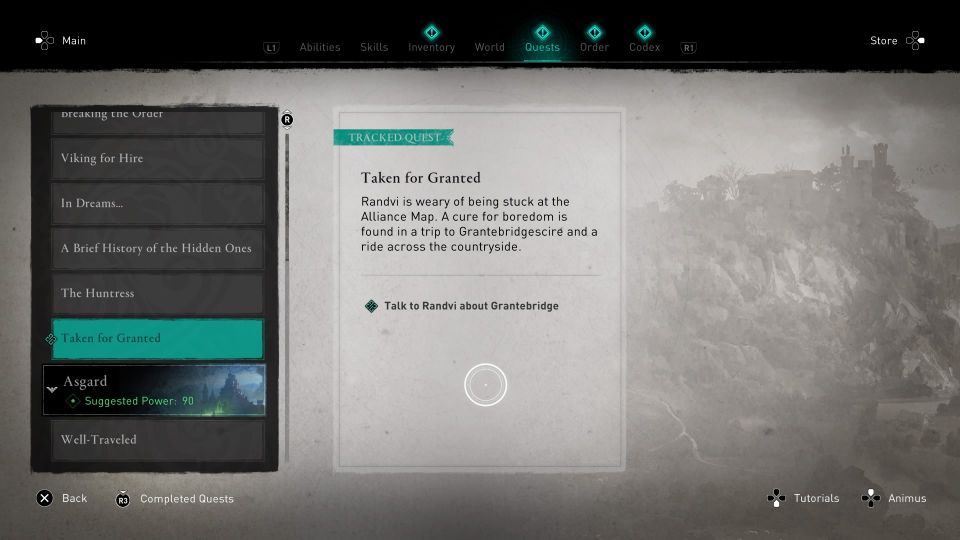 This quest can be unlocked sometime after you’ve obtained about two or three different alliances. Talk to Randvi and ask her what’s wrong. Continue with the conversation until you can choose to go to Grantebridge. 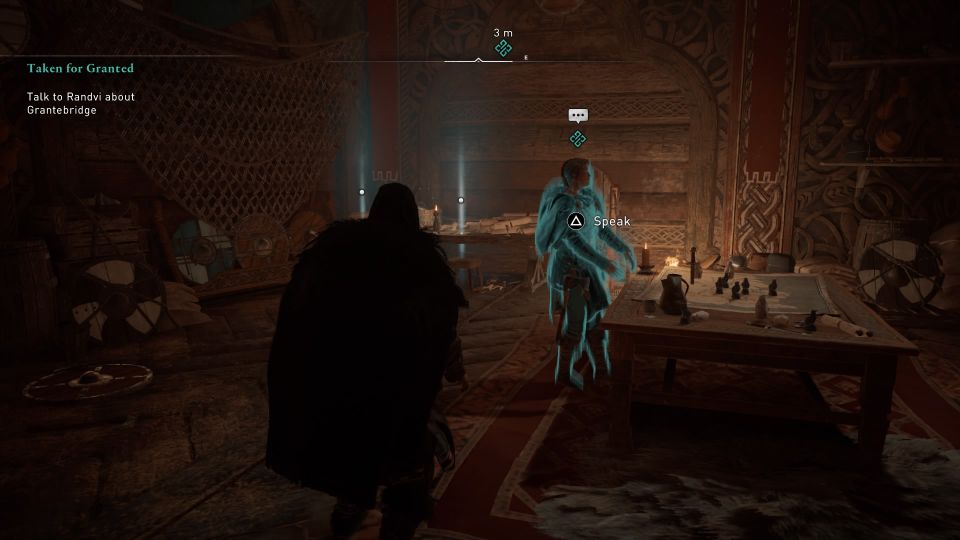 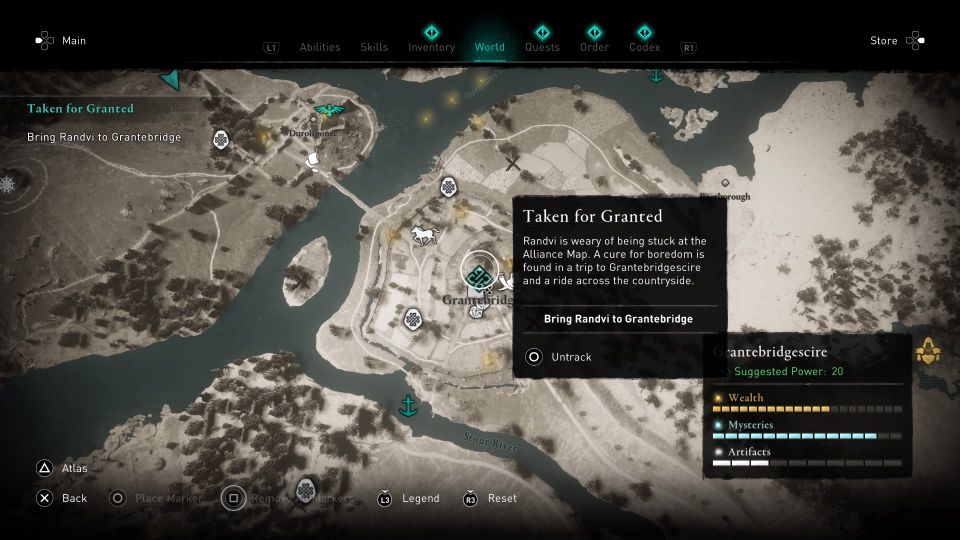 You can’t fast travel there. A good option is to use the small boat at the docks in Ravensthorpe. 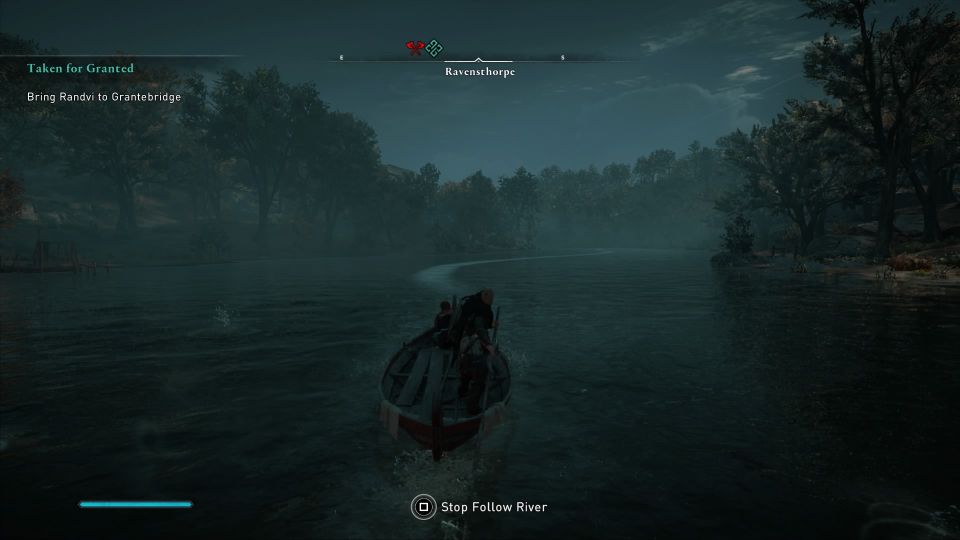 Once you’re in Grantebridge, bring Randvi to the longhouse. 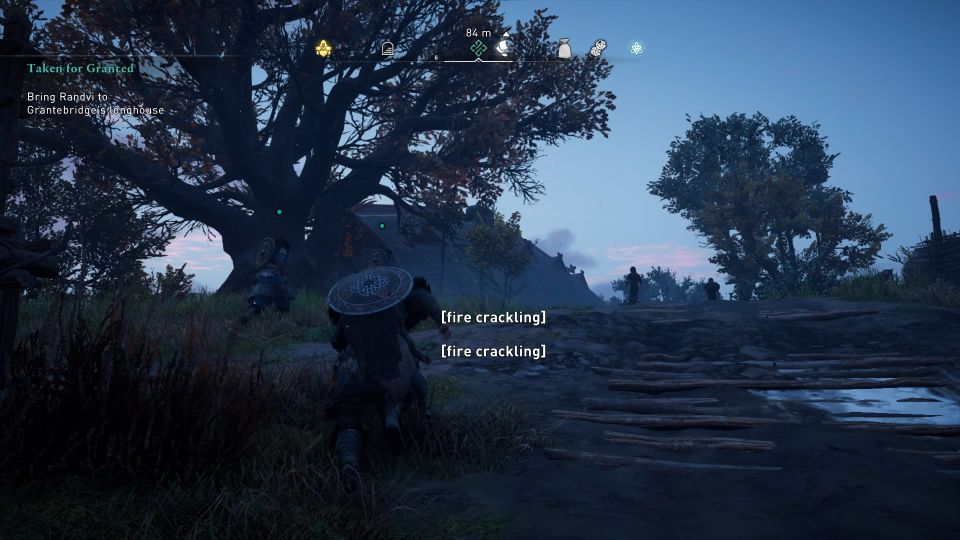 Speak to Magni who is inside the longhouse. 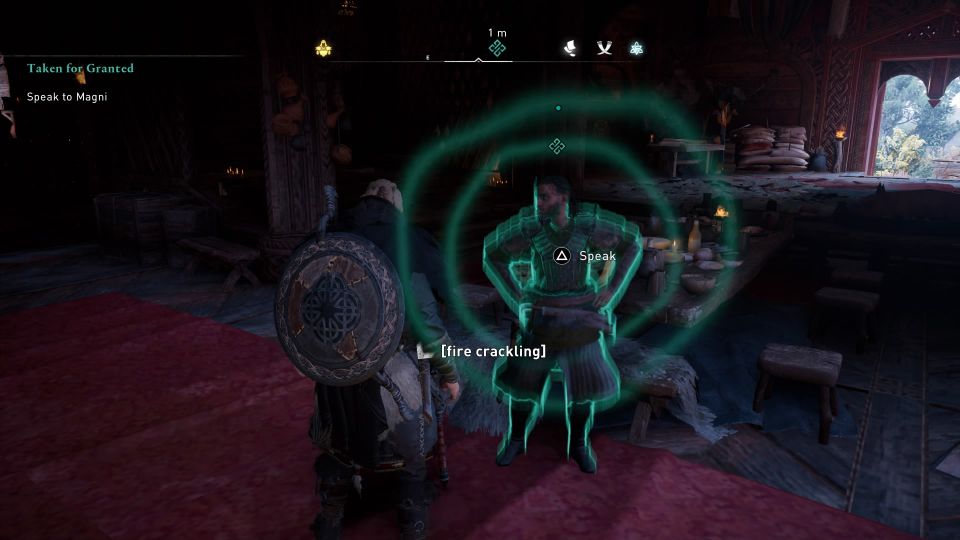 He’ll tell you about a bandit camp nearby. Even if you choose “happy to help”, Randvi will still volunteer herself before Eivor can say anything. 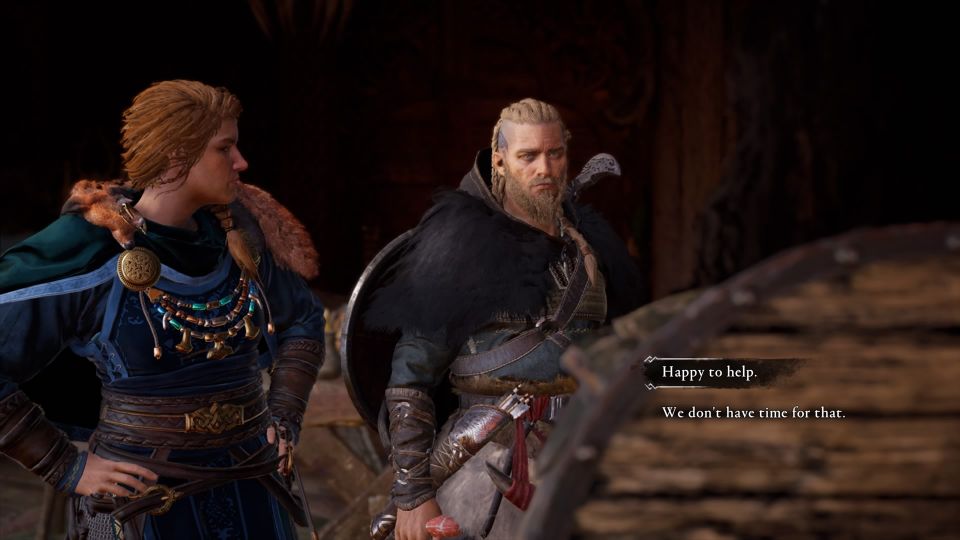 Get to Raetborough as marked on the map below. It’s east / slightly northeast of Grantebridge.

Kill all of the bandits inside. There is an elite bandit named Goliath as well.

After the fight, follow Randvi back to the longhouse in Grantebridge.

Talk to Magni again to tell him that the bandits have been taken care of and that his horse has been brought back.

Talk to Randvi again and she’ll propose a drinking game.

Bring Randvi to the Sunken Tower

Next, head to the Sunken Tower. The location is shown in the map below, marked by the quest symbol.

The Sunken Tower is also known as Besuncen Tor. When you reach the area, head towards the bridge.

After reaching the bridge, follow Randvi up the tower.

You’re given a romance option with Randvi even though she’s Sigurd’s wife.

If you choose the romance option (“I feel the same way”), it should negatively affect the ending of the game. It may lead to the bad ending.

Choosing the other two options should be safe if you want the good ending.

Assassin’s Creed Valhalla: A Rivalry For The Ages Walkthrough