Holy Day is one of the final quests in Hamtunscire in Assassin’s Creed Valhalla.

Your task is to take the battle to Aelfred to win over Wessex.

Here’s a walkthrough and guide of Holy Day in AC Valhalla. 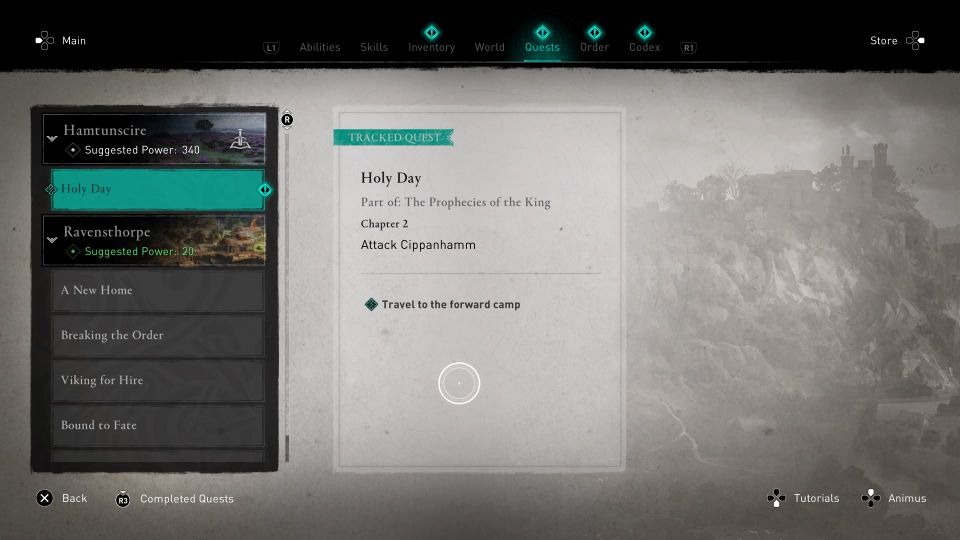 Travel to the forward camp

Head to the forward camp to prepare for battle. The location is shown in the map below, marked by the quest symbol. 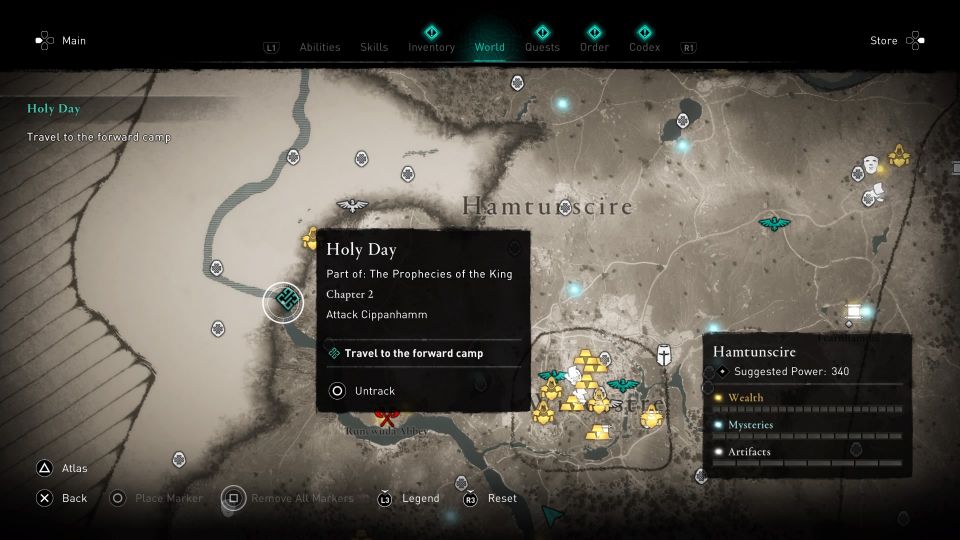 You will see your allies at the camp. 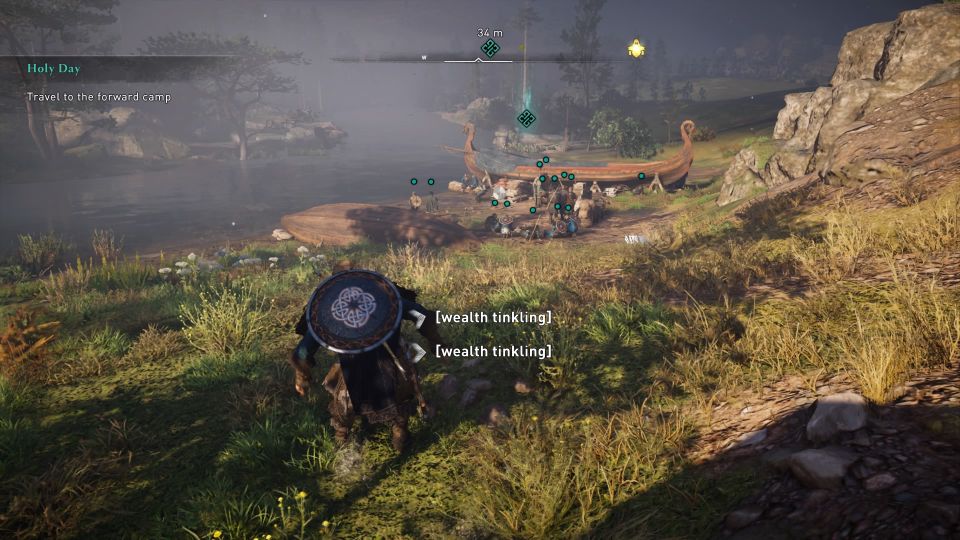 (Optional) Talk to your allies

You can speak to all of your allies first before going to Guthrum. 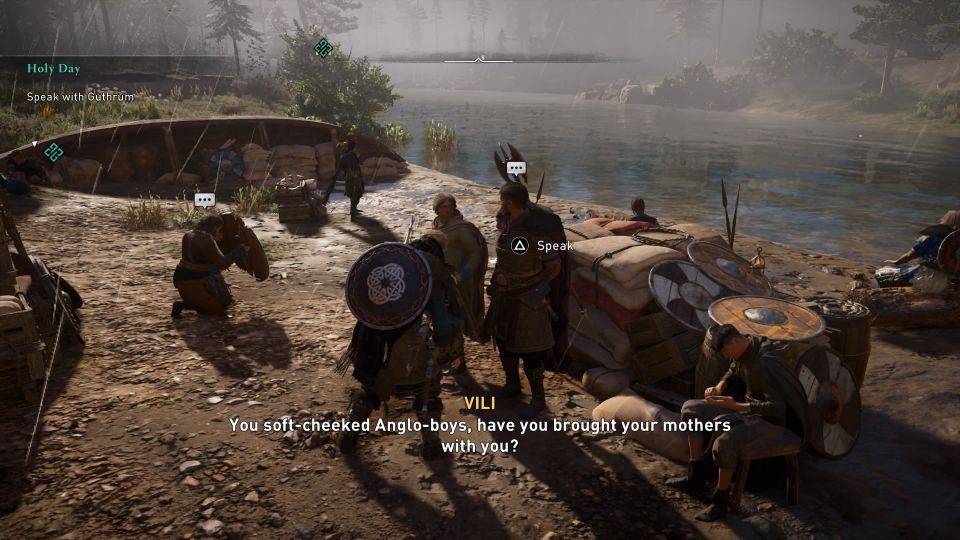 When you’re ready for battle, talk to Guthrum who is standing under the big tree. 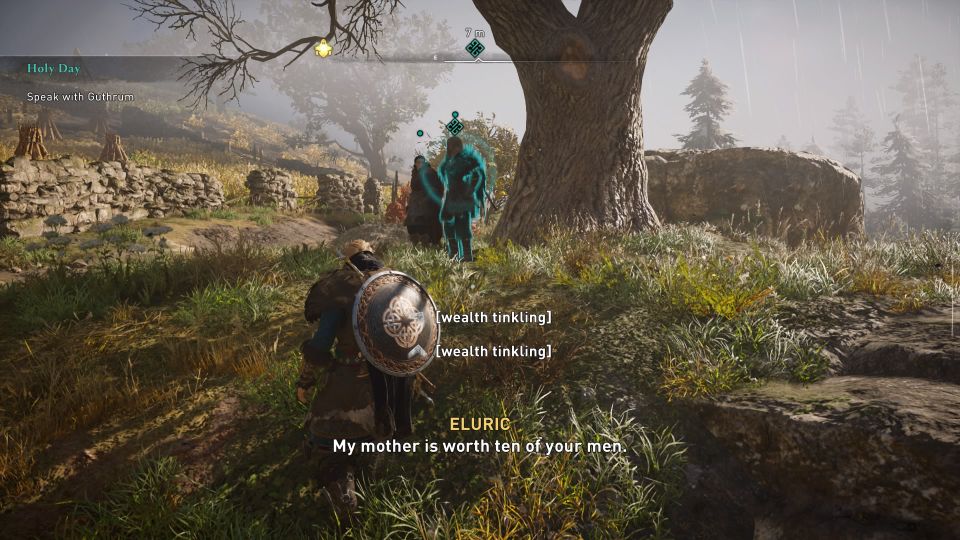 Together with your allies, head to Cippanhamm. The location is shown in the map below, marked by the quest symbol.

You can try to go in stealthily to assassinate the guards. 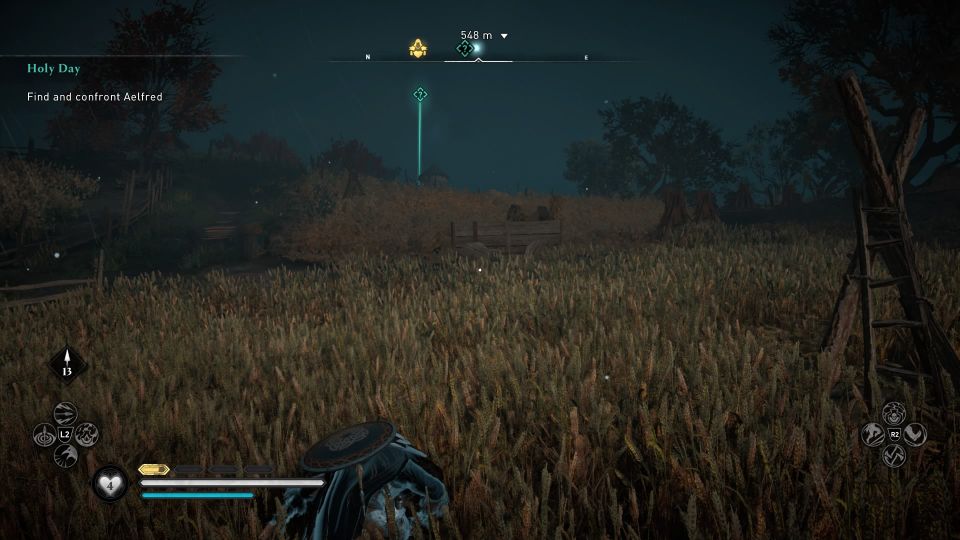 Make your way to the church.

You will then see Goodwin inside, instead of Aelfred who didn’t come to Cippanhamm.

You’ll now have to defeat him. He uses a sword and a big shield. Goodwin is one of the toughest story bosses.

Goodwin can be hard to defeat as his shield blocks your regular attacks. He will also light a flame on his sword during the fight, which makes it more painful if you get hit.

For this fight, he usually uses a red rune attack, meaning you can’t parry them. You just have to dodge away.

The slowdown ability when you do a perfect dodge is also a very useful skill to have. This gives you room to strike his weak spots or damage him.

For his weak spots, you can target his right leg and also his back to reduce his armor. If his armor goes to zero, you can stun attack him to reduce his health by a lot.

During the fight, Goodwin also uses a special smoke bomb to reduce your visibility. This is when he strikes. Keep dodging away.

Repeat the process until he loses.

Kill Goodwin or spare him

After you’ve defeated him, you can choose either:

It doesn’t actually matter. Goodwin kills himself even if you choose to spare him.

Unfortunately, after Goodwin’s death, you will also see Soma dying in battle.

Next, you have to help your allies, namely, Ljufvina, Guthrum and Broder.

The locations are all shown in the map below, marked by the quest symbols.

The nearest one is Guthrum. The thegn locked himself inside a room.

To get to the thegn, you just have to climb over the wall (above the barred door).

Assassinate his guards inside and tie the thegn up. You can leave him there but you should unbar the door as well.

You will see Ljufvina in battle. Help kill the Saxons.

She’s fine but you’ll discover that Hunwald has been stabbed.

Carry Hunwald from under the tree.

Bring him into the small house nearby. Eluric will watch over Hunwald as the latter dies.

Broder is at the garrison gate. You’ll need to help him destroy the gate.

To destroy the gate, just shoot an arrow at the oil jar beside the gate.

After the gate is down, secure the garrison by killing every Saxon in the area.

Regroup with your allies

Return to your allies at the location marked below.

As you reach, you will encounter more Saxons. Kill them all.

(Optional) Talk to your allies

After winning the war, talk to your allies if you want to.

Finally, speak with Guthrum to start the burning of the bodies.

You will learn that Hunwald, Soma and Hjorr (Ljufvina’s husband) all died in the battle.

AC Valhalla: How To Find And Defeat Steinnbjorn