Arrive Unexpected is a quest under Suthsexe in Assassin’s Creed Valhalla.

Your task is to eliminate the Saxon camp to weaken their forces.

Here’s a walkthrough of Arrive Unexpected in AC Valhalla. 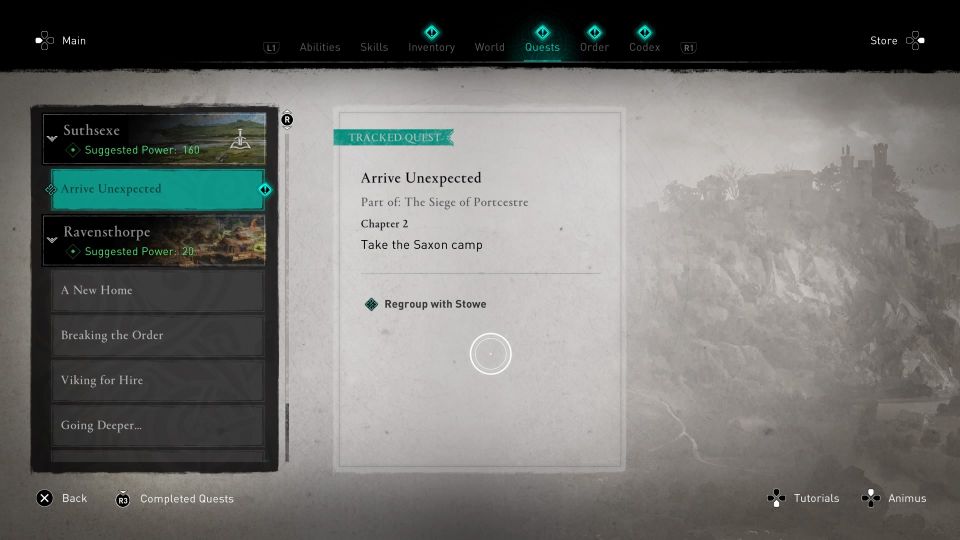 To begin the quest, meet Stowe and Erke. Their exact location is shown in the map below, marked by the quest symbol. 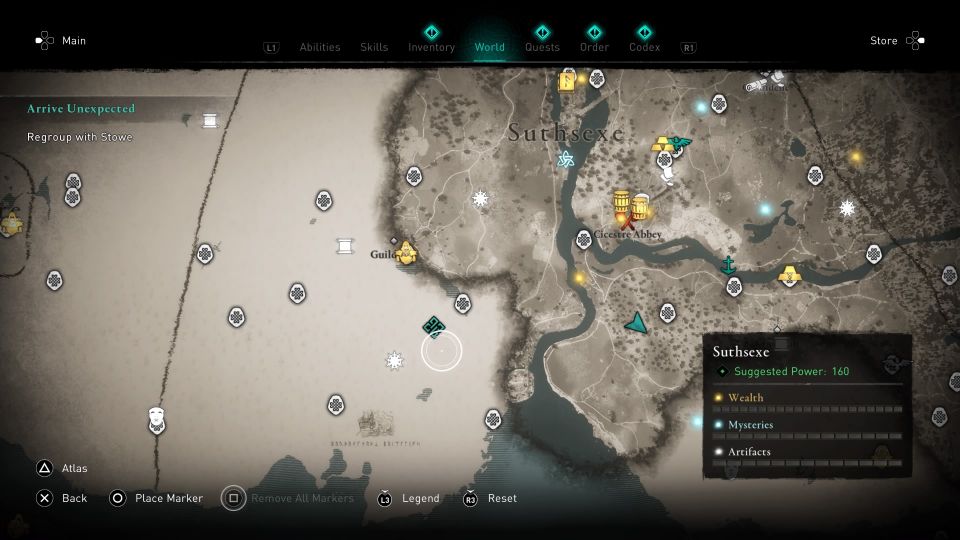 You will see the two of them near the bushes. 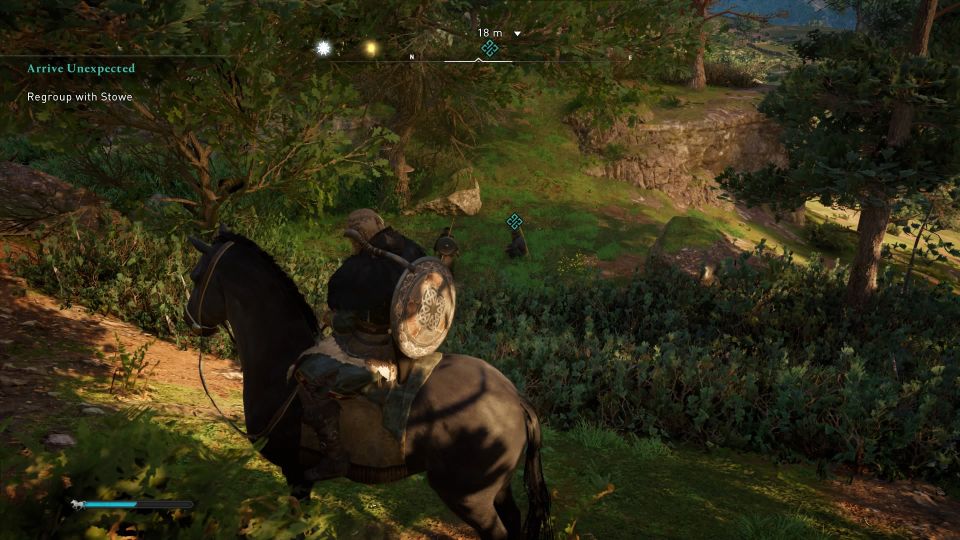 Here, you have the option to either: 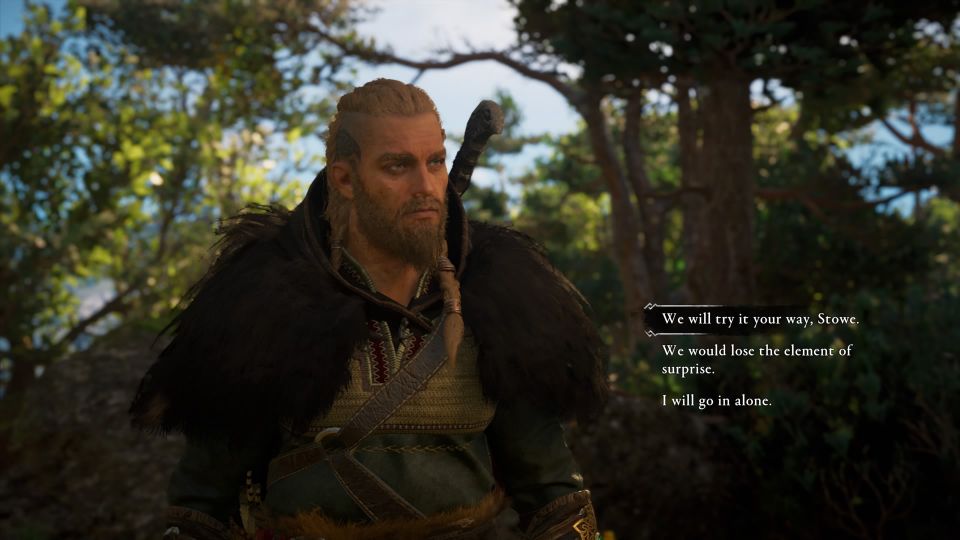 I chose Stowe’s way and he will try to reason with the Saxons. However, only about two soldiers left. 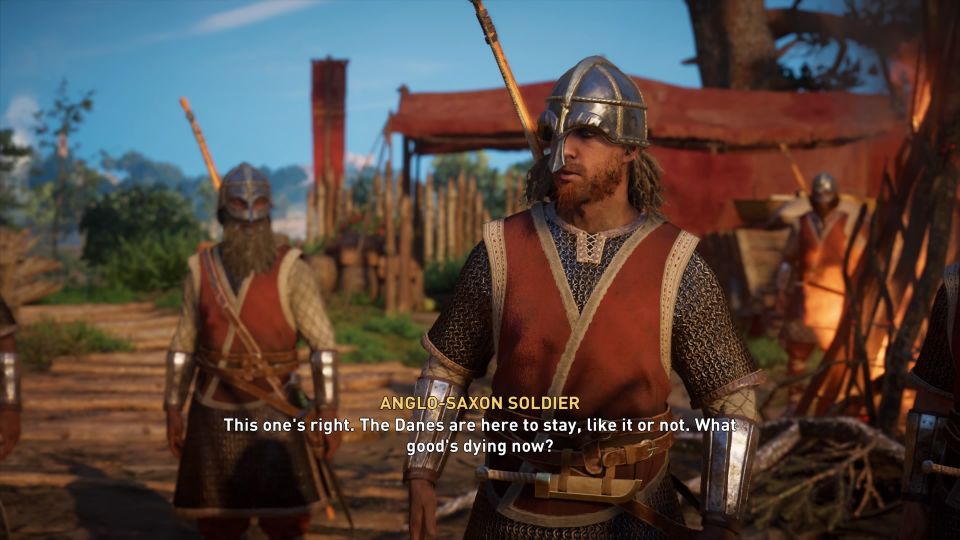 In the end, you still need to kill a big group of soldiers even if you chose Stowe’s way.

The other options aren’t that better either.

The quest ends after securing the camp. 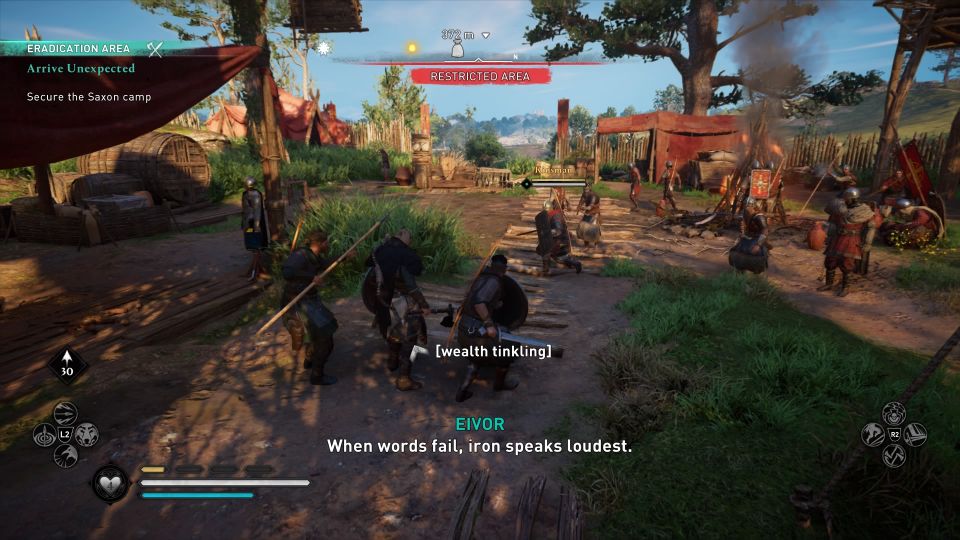 AC Valhalla: The Boar With The Golden Nose Walkthrough