The Gutted Lamb is a quest under Glowecestrescire in Assassin’s Creed Valhalla.

Your task is to rescue Tewdwr from Modron and later decide if you should kill or spare her.

Here’s a walkthrough of The Gutted Lamb in AC Valhalla. 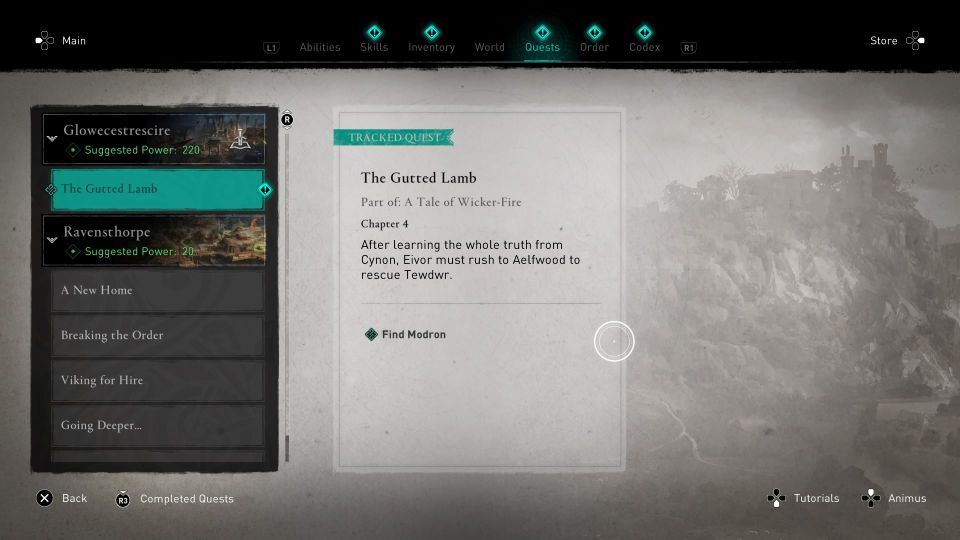 To begin, get to Modron’s location as shown in the map below, marked by the quest symbol. 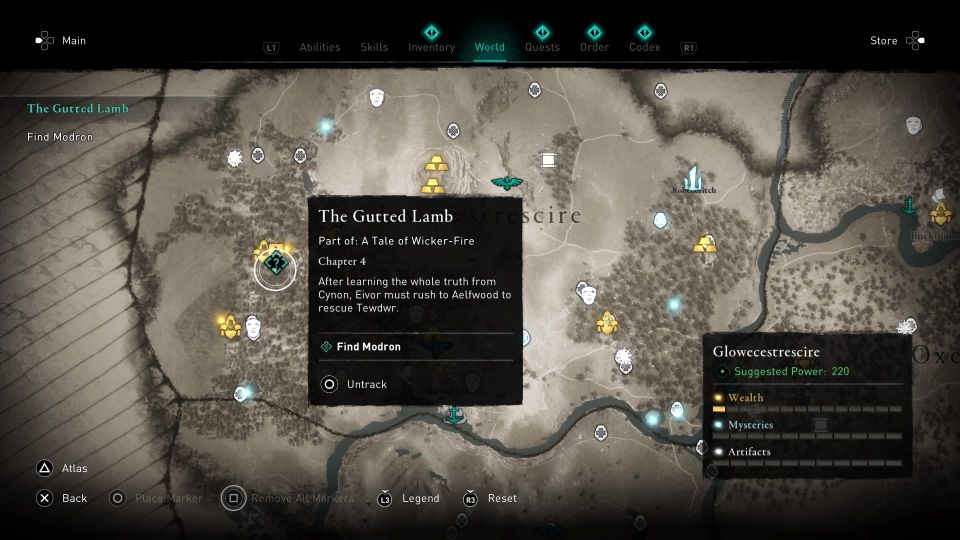 You’ll reach the forest with many guards in the area. Modron is in one of the caves.

You will see a guard with wealth in front of that cave. Get rid of the guards and enter the cave (image below). 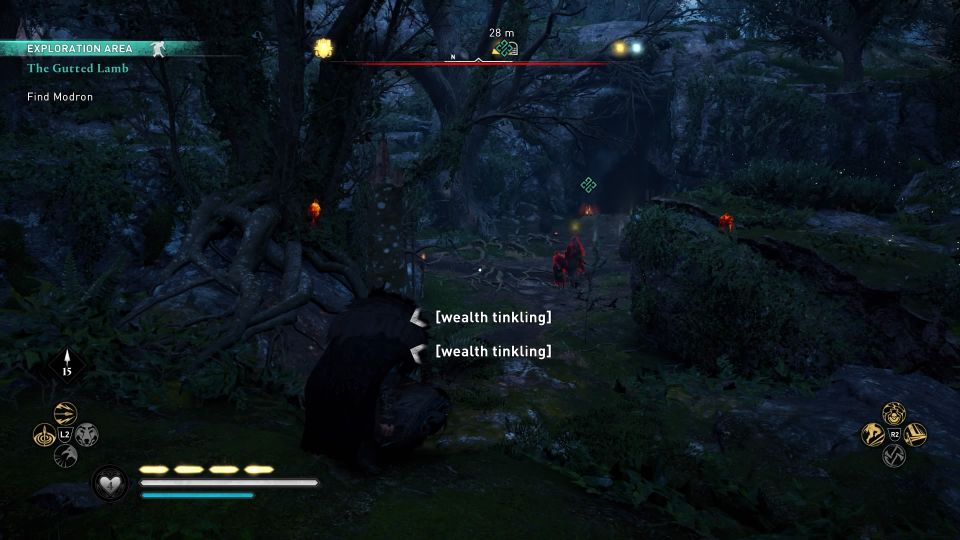 Once you’re inside, move the shelf away. 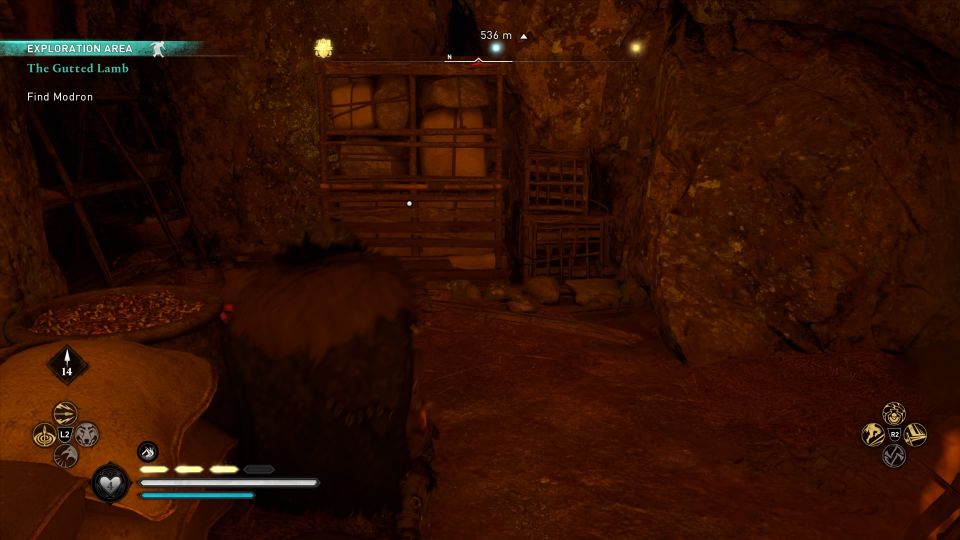 Keep going until you reach an area with poison gas.

To proceed further, look for a path towards the left side. 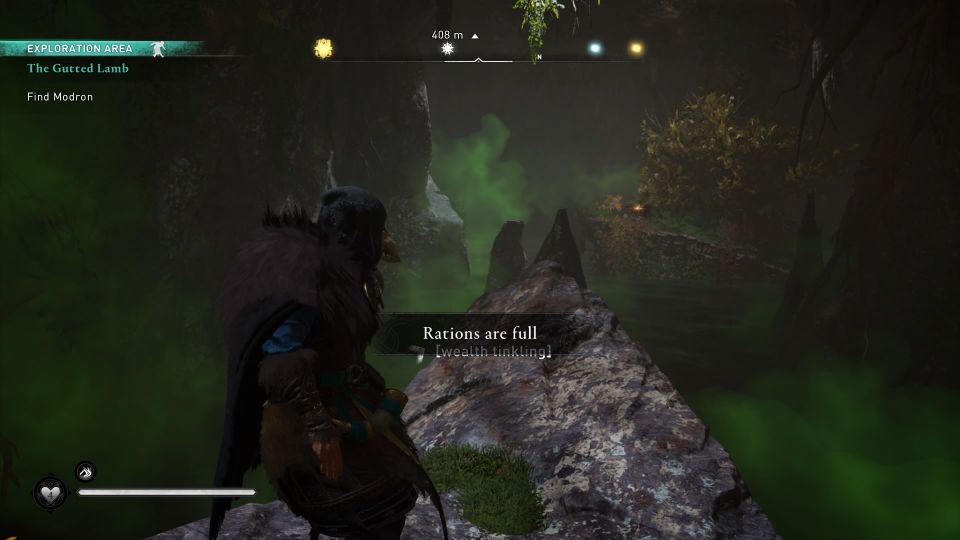 Keep on going and remember to heal. There are a lot of flowers just past the poison gas. 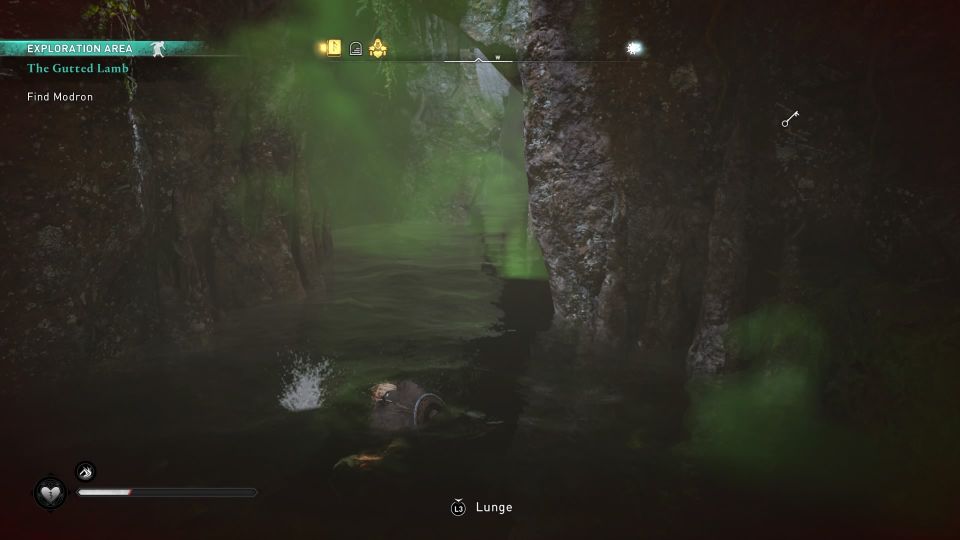 You will reach another area with more guards. There’s also a treasure chest here and you need to get the key from the guard to unlock it. 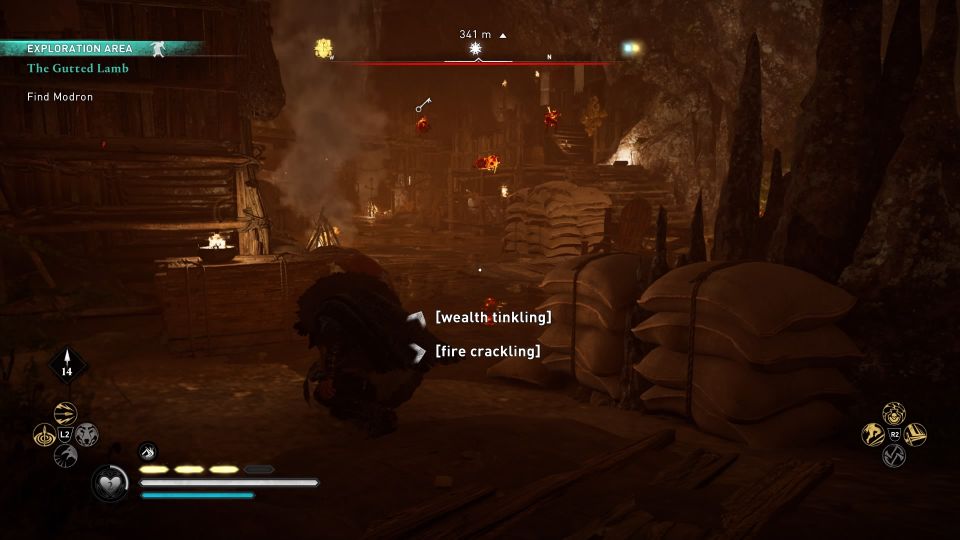 Get through the area and you’ll reach a narrow gap in the wall. Continue further.

Finally, you’ll see Modron performing a ritual. Get to the ‘arena’ and a cutscene will load.

Modron will then battle you. Even if you chose to spare Cynon, she will still fight you.

This fight can take some time as Modron keeps running around and uses ranged attacks.

To get her armor down, you can aim at her weak spots including her left leg.

It’s easier to fight her if you can get her down to the arena.

Finally, you have to choose between killing or sparing Modron.

If you kill Modron, her daughter will appear and sees you doing so. During the wicker man, Eivor will tell the daughter that she can take her revenge when she grows up. She replies that bad things will already come to Eivor in the future, so she doesn’t need to take revenge.

If you spare Modron, her daughter also appears and they will hug.

Regardless of what you choose, it shouldn’t affect your alliance with Tewdwr.