A Fury From The Sea is a quest in East Anglia in Assassin’s Creed Valhalla.

Your task is to attack Burgh Castle and get rid of the Rued clan for good.

Here’s a walkthrough of A Fury From The Sea in AC Valhalla. 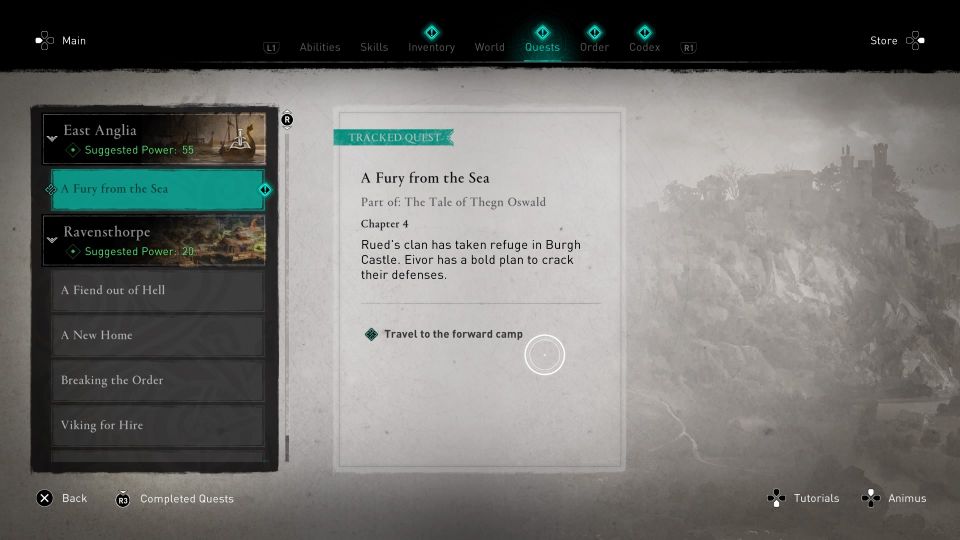 To begin the quest, meet the rest at the Forward Camp. It’s located north or northeast of Northwic. 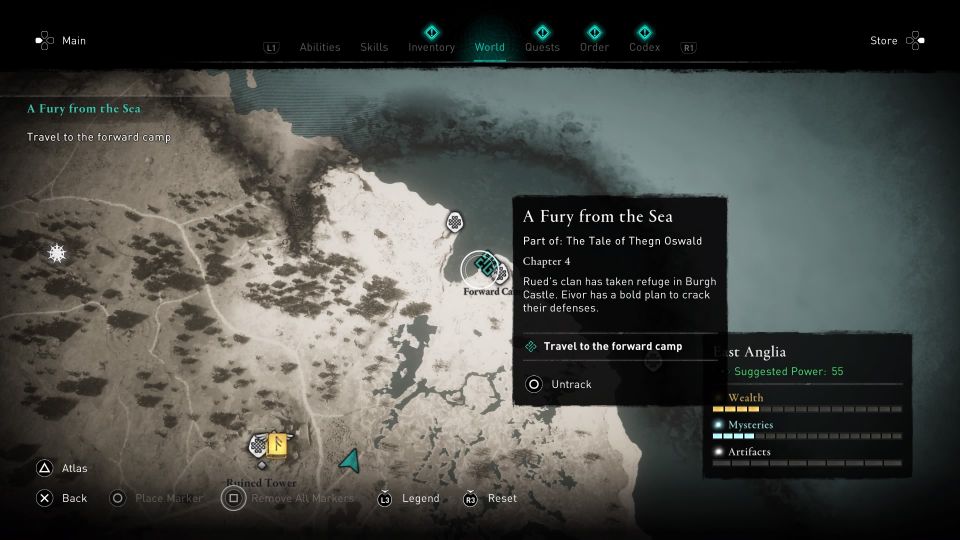 Talk to Finnr who is waiting for you there.

Let him know you’re ready to start the battle. 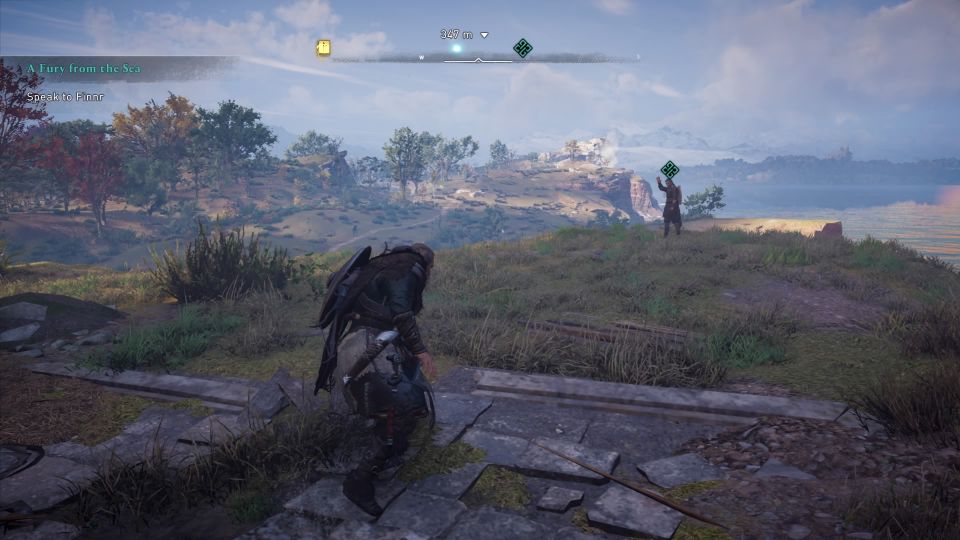 After the cutscene, you’ll be on your longship with the other allies heading towards Burgh Castle.

During the journey, there will be fire arrows heading towards you. You can keep your shield up to protect yourself. 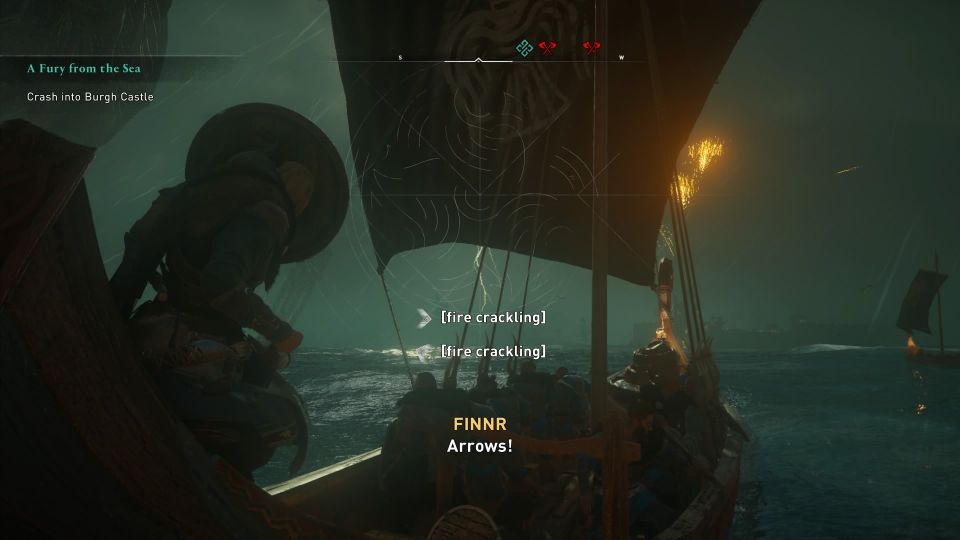 Break through the shipyard gate

The first obstacle is the wooden barrier. You can help the men carry the light ram to break through the barrier.

Just charge towards the gate and then withdraw before charging again. Continue the process until the barrier’s down. 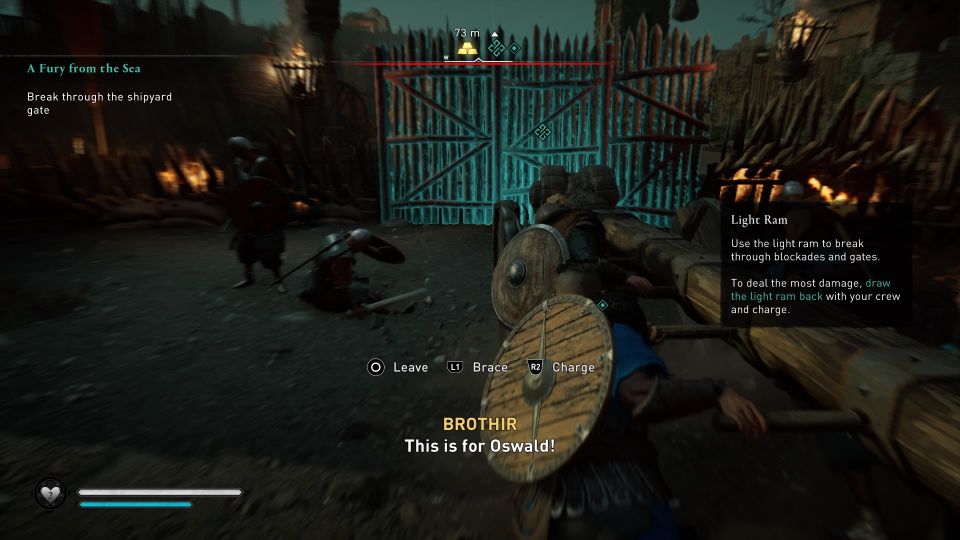 After the wooden barrier is down, you now have to break through the gate. More enemies await in the area. You may want to kill some of them first to reduce the distraction. There are also archers above.

While using the ram, you can protect yourself from arrows above. Just keep your shield up when the arrows come. You may also want to withdraw if the area is filled with flames.

Continue the charging process until the shipyard gate is broken. 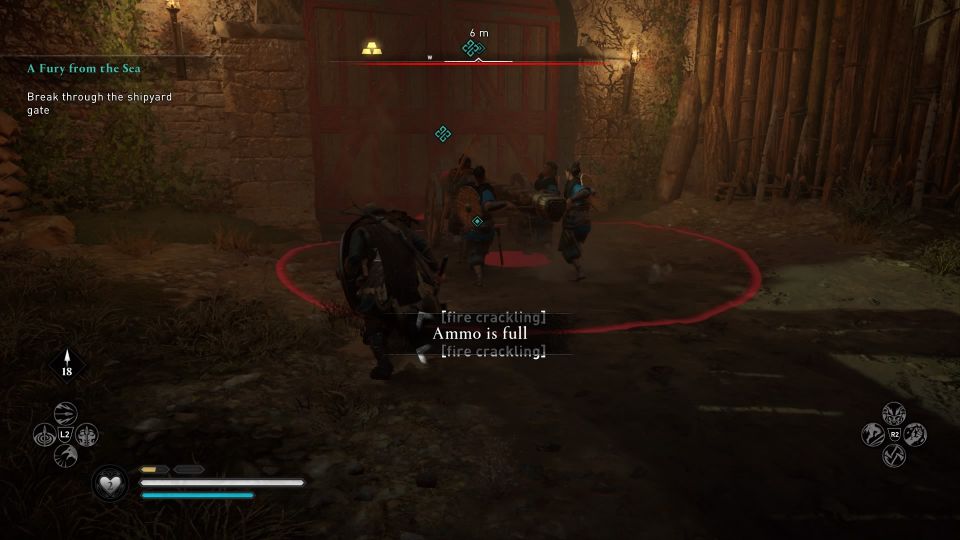 Break through the final gate

Just like before, you have one more gate to break through. 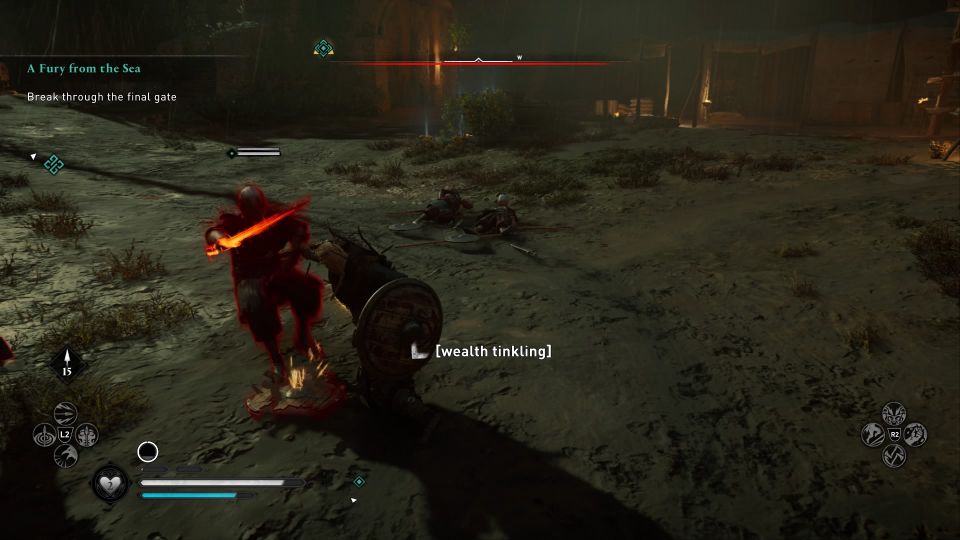 More archers will attack from above. You can shoot at the oil jars near the archers to kill some of them.

After opening the gate, a cutscene will load. You will then see that both Rued and Oswald are still alive.

Your main objective is to defeat Rued who is waiting at the upper platform.

You can ignore most of the soldiers at the bottom.

Climb up to the top and defeat Rued.

He has a wolf to accompany him during the fight. You may want to kill the wolf first to get rid of the distraction.

Rued uses a two-handed sword and he is slow. You can dodge his attacks and start attacking him while he recovers his posture.

A good skill to have is one that slows down time when you dodge at the perfect time.

During the end of the fight, he will coat his sword with fire.

Rued will die or Rued will live

After beating Rued, you will have an option to either spare Rued or kill him.

If you choose to kill Rued, Oswald will be disappointed and asks that you change for the better. Finnr will later join you as a crew member.

If you choose to let Rued live, he will crash the wedding between Oswald and Valdis. During the wedding, you can either let Oswald fight or be Oswald’s champion. If you let Oswald fight, he will win and will banish Rued from the lands. Finnr will not join you as a crew member. If you choose to represent Oswald as his champion, you will end up killing Rued. Oswald will be disappointed but Finnr will join you as a crew member.

Speak to Oswald to complete the quest.