A Trip to the Country (1933) is a mission in Mafia: Definitive Edition.

Your task is to accompany Paulie and ensure that the shipment gets transferred smoothly.

Here’s a walkthrough of A Trip To The Country in Mafia: Definitive Edition. 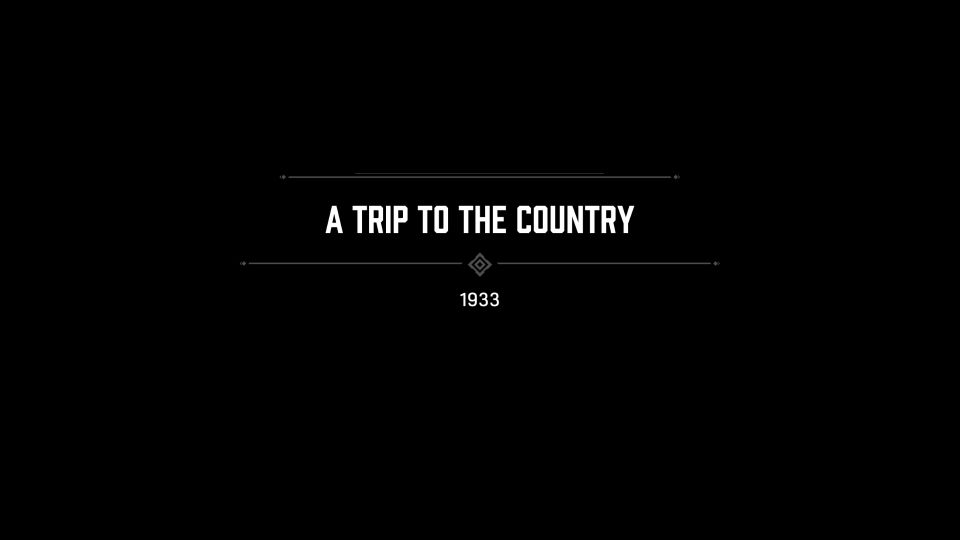 Your first objective is to meet Frank in the garage. 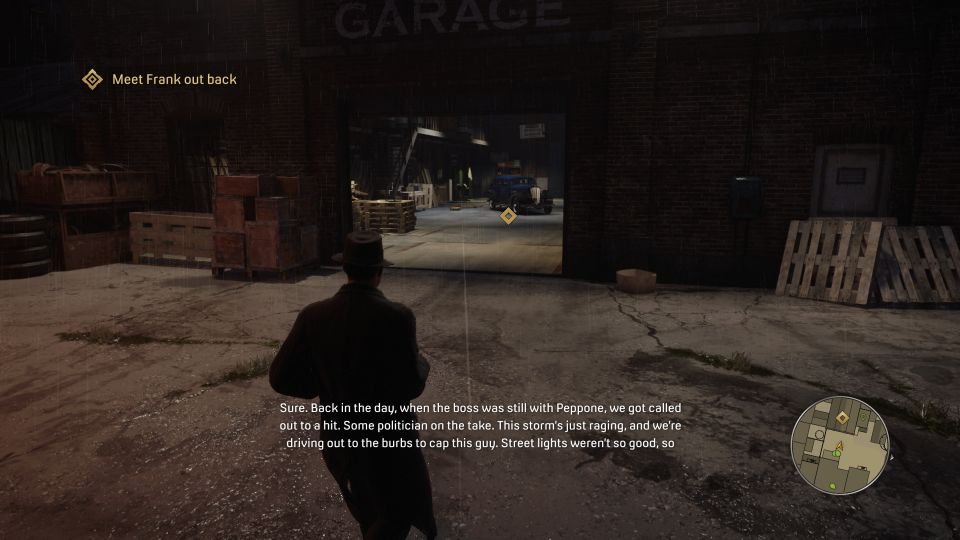 You can then speak to Ralph. After talking to Ralph, take the vehicle and head to Salieri’s warehouse. 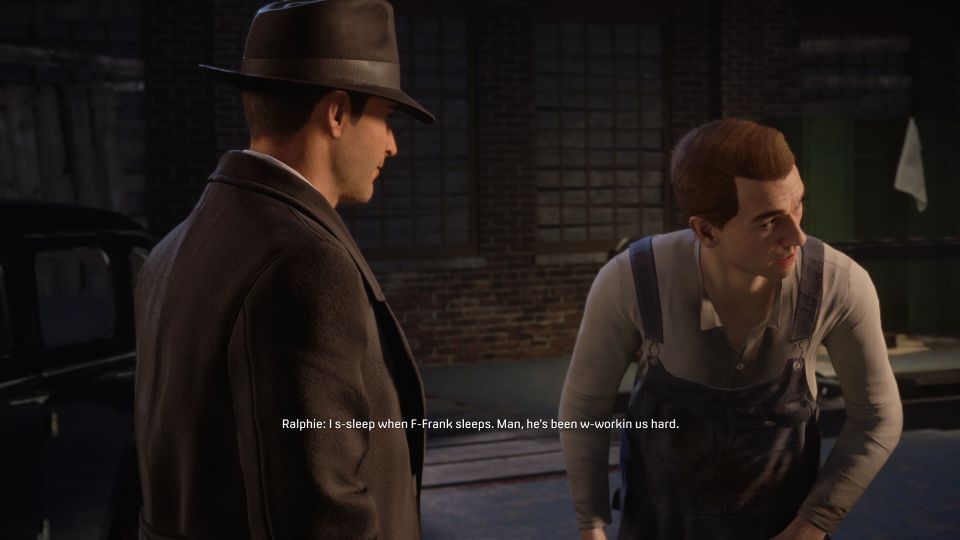 The warehouse is located in Holbrook. 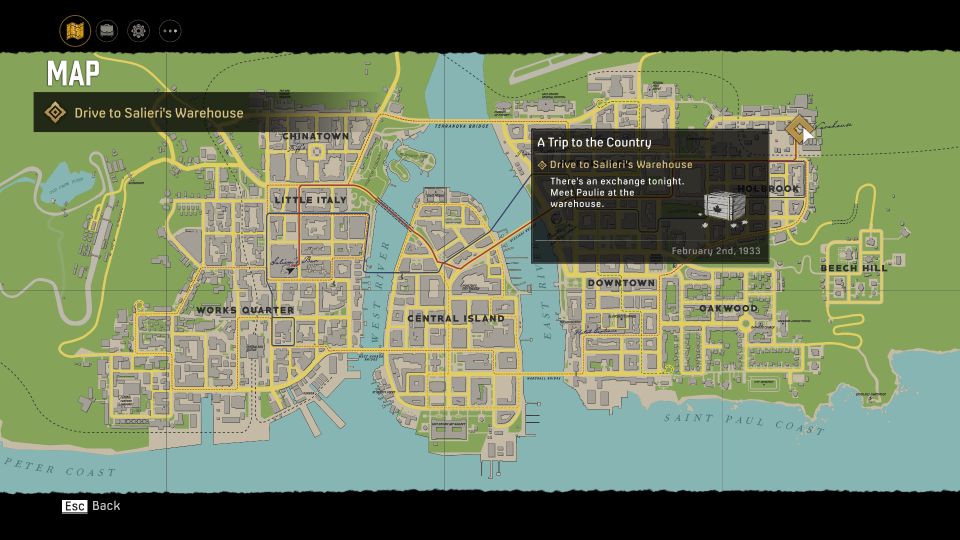 After reaching the farm with Paulie, you’ll discover that Sam seems to have gone missing. Go on foot and look for clues. 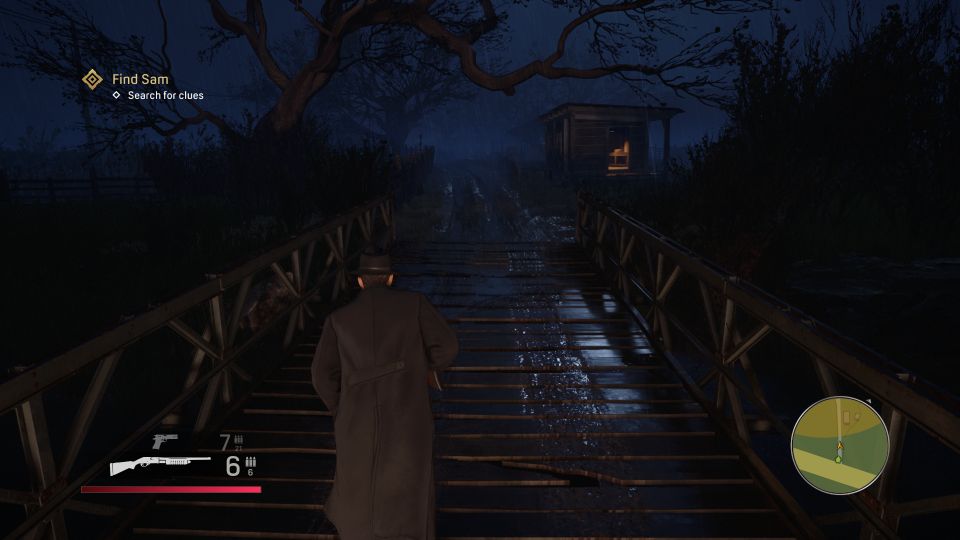 Enter the cabin and look at the newspaper. 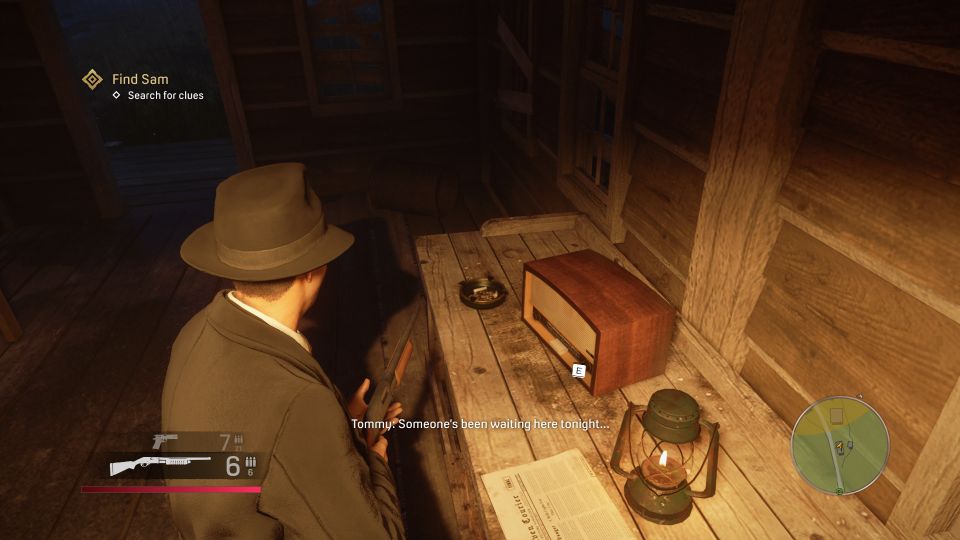 Continue looking for clues. They all have the white icon above them. 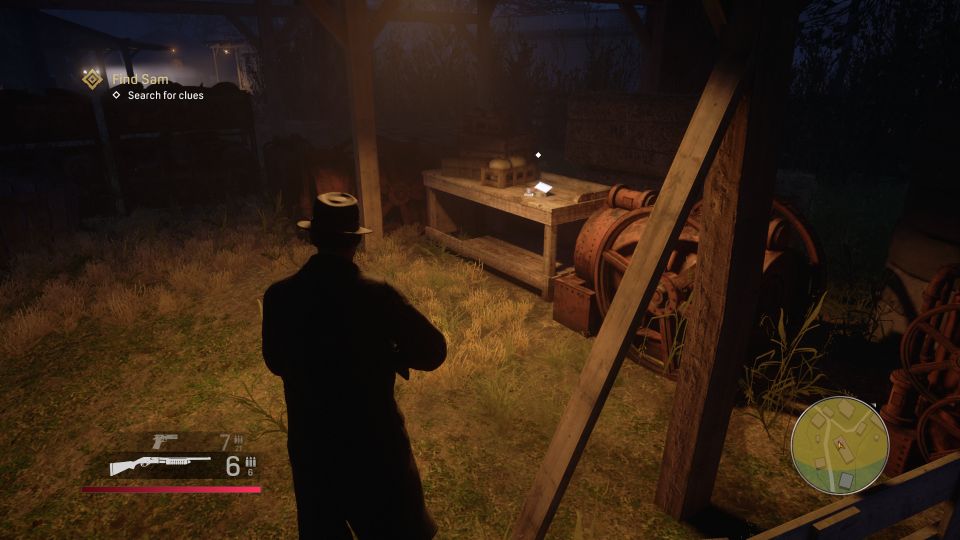 You should then reach the truck with lights on. Go to the truck and you’ll find a dead body. 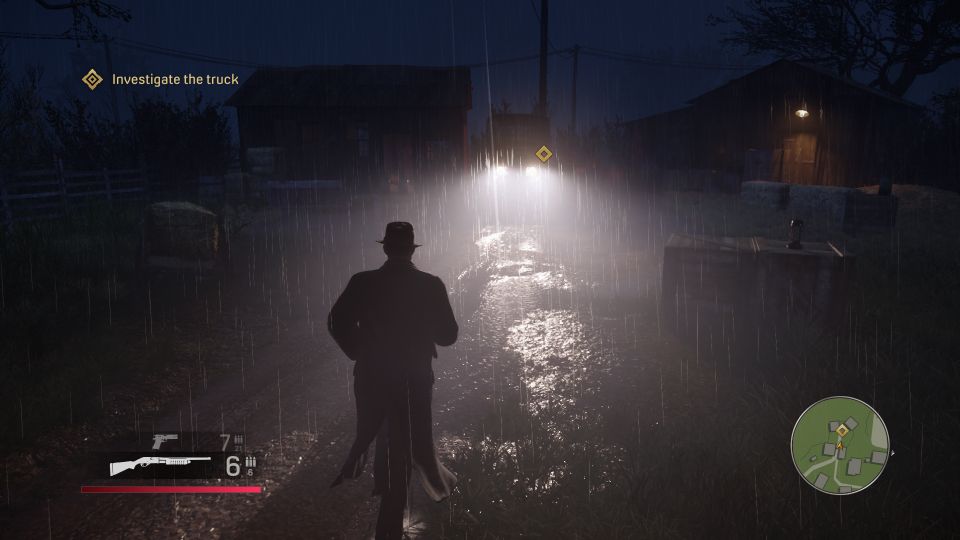 Tommy will then be ambushed by cops who work for Morello. 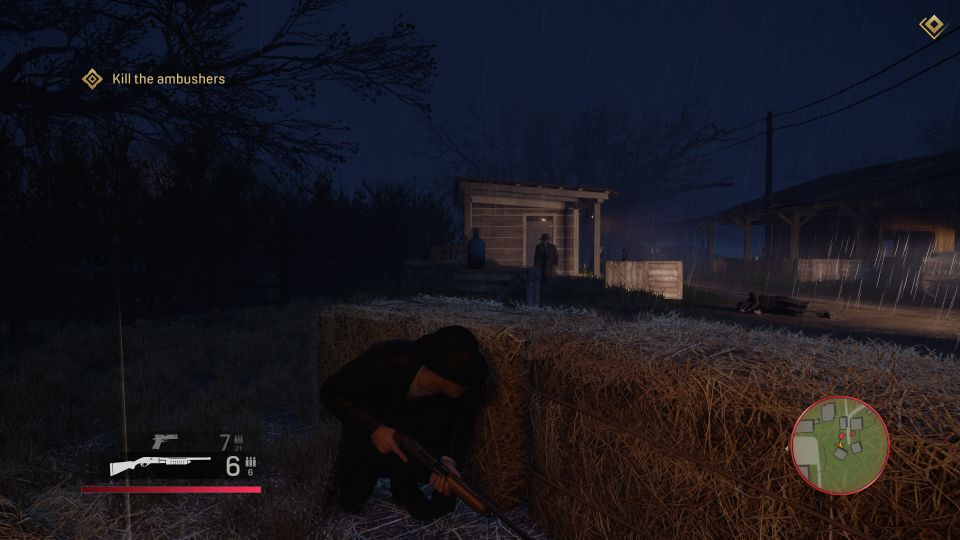 After killing them all, investigate the ambush, specifically the dead body. 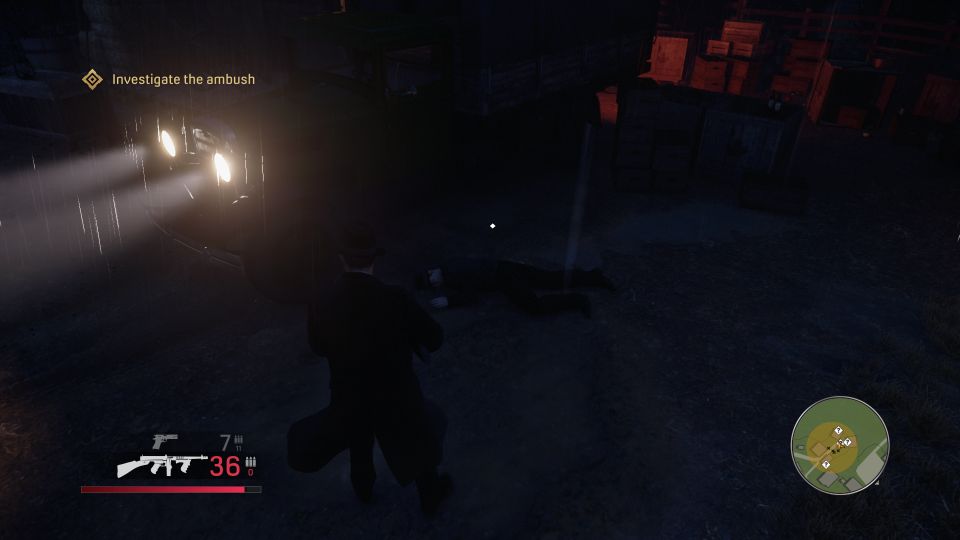 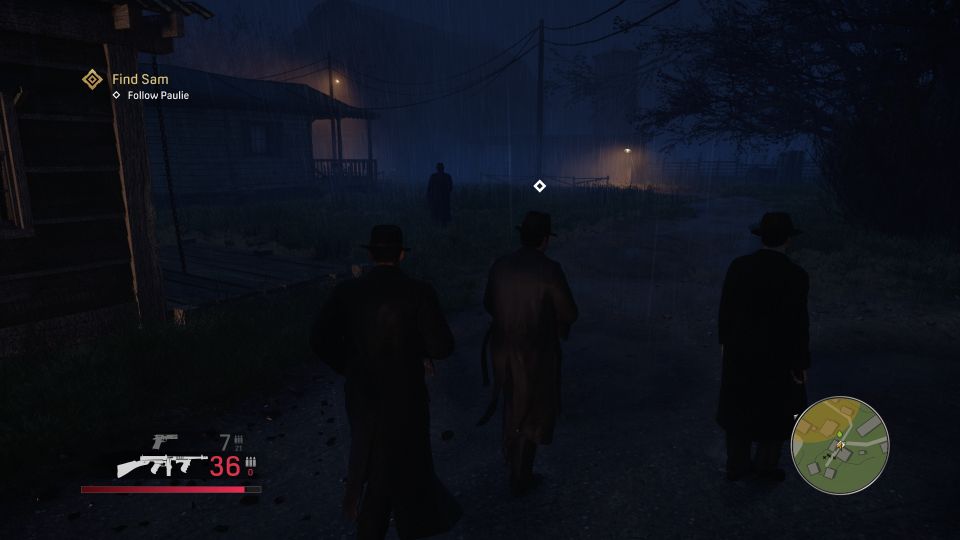 Once again, search for clues inside the buildings. In the first building, you will come across more dead bodies. 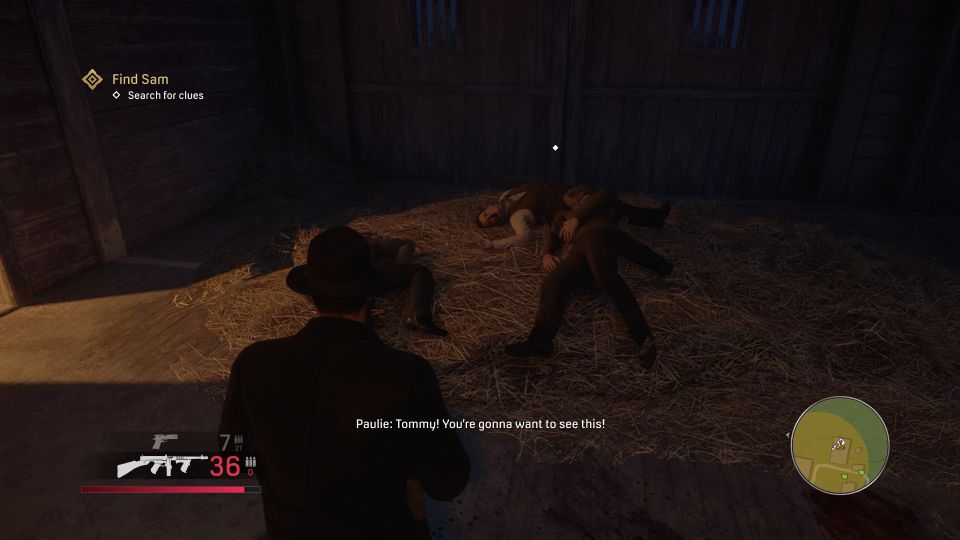 In the next building, you will find some enemies. Take them all out. 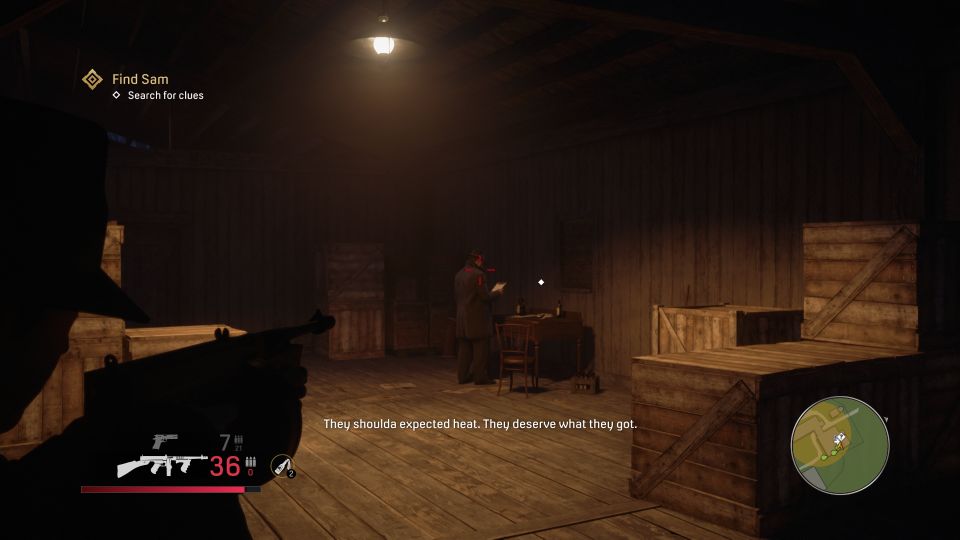 Keep moving to the third building and you’ll find more enemies inside.

Kick down the door at the end and a cutscene will load. You will see Sam in another building and he gets shot while defending himself. 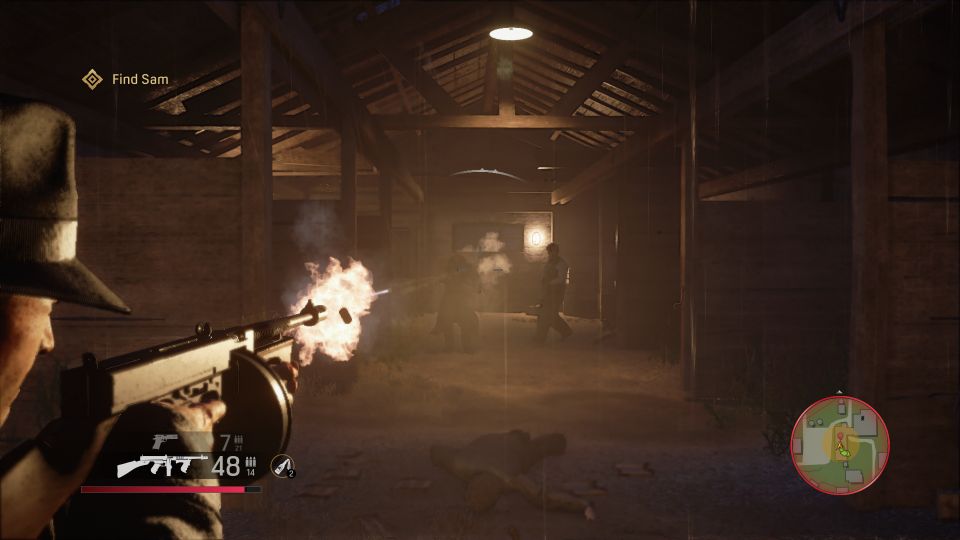 Now, go to the two-storey building and kill all of the attackers. 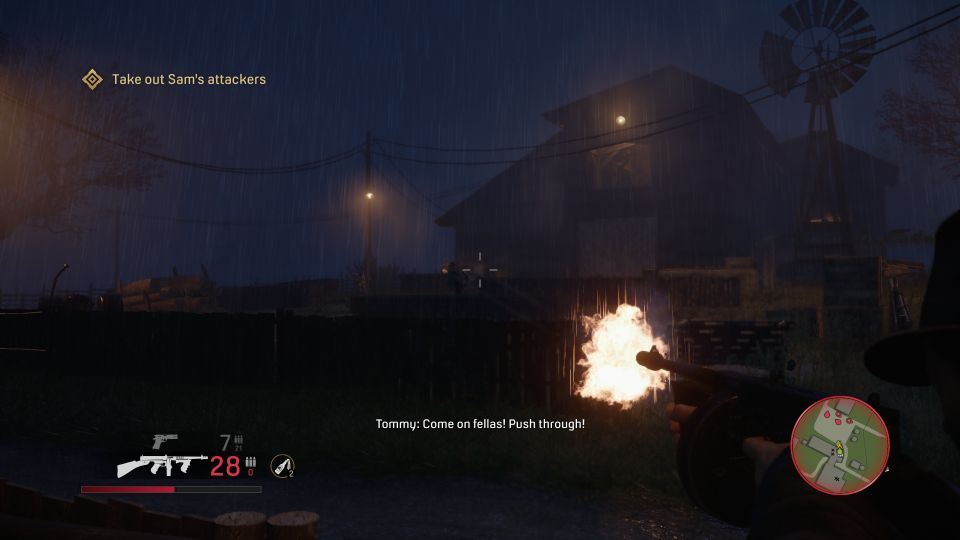 Enter the building and a cutscene will load. Sam will be bleeding but he’ll live. 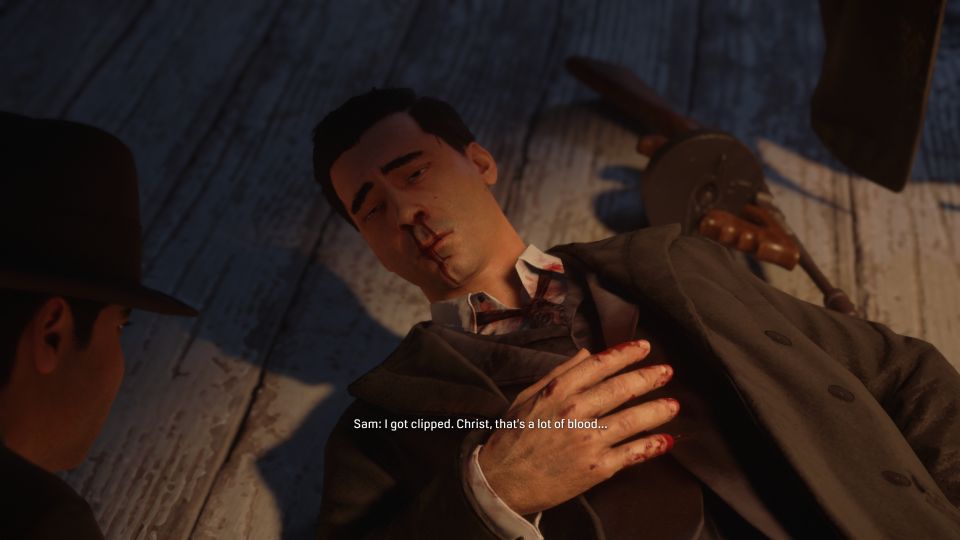 More enemies will appear from downstairs. Take them all out.

Be wary of the stairs as they may come up to attack you. 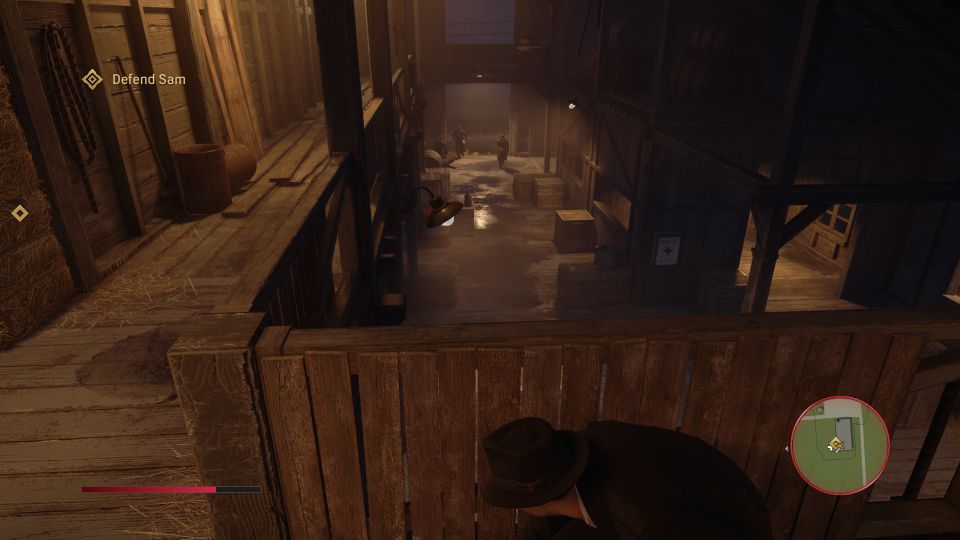 After the first wave of enemies, check on Sam. 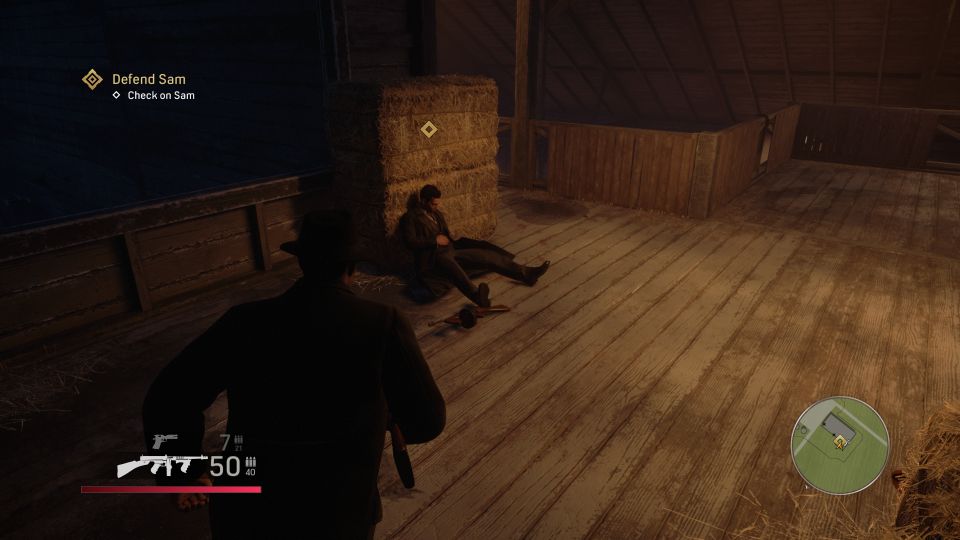 Now, the police will come in. Kill them all as well. They will come from the left side. 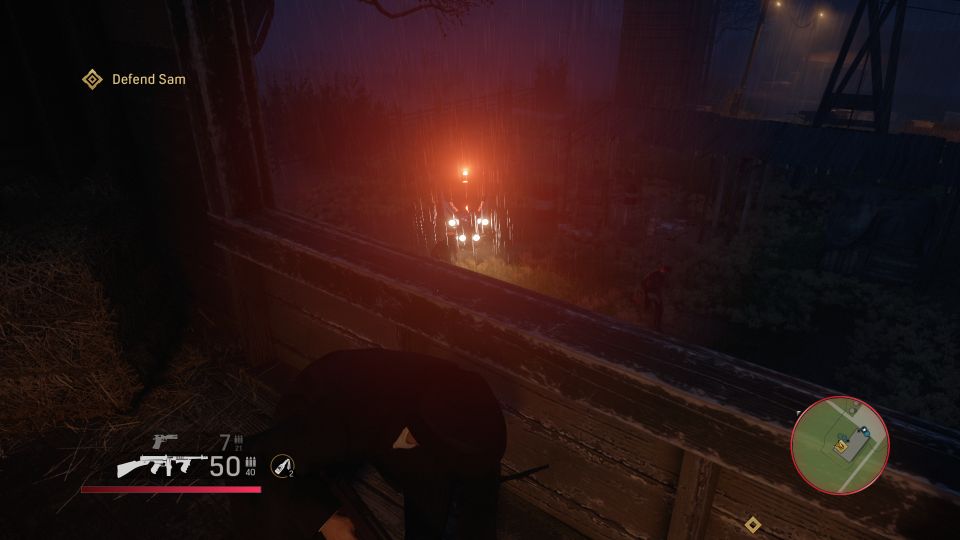 After Tommy, Sam and Paulie leaves, the cops will chase.

You will have a tommy gun and your job is to destroy all the vehicles that are getting close before your vehicle gets destroyed. 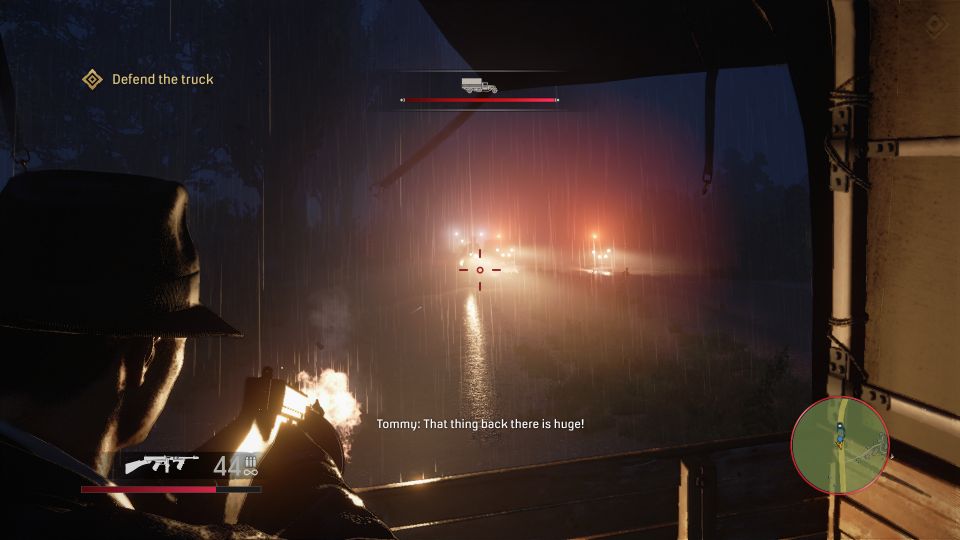 Paulie will drive to the cliff and the vehicle gets stuck. More enemies will arrive. Take them out as they come close. 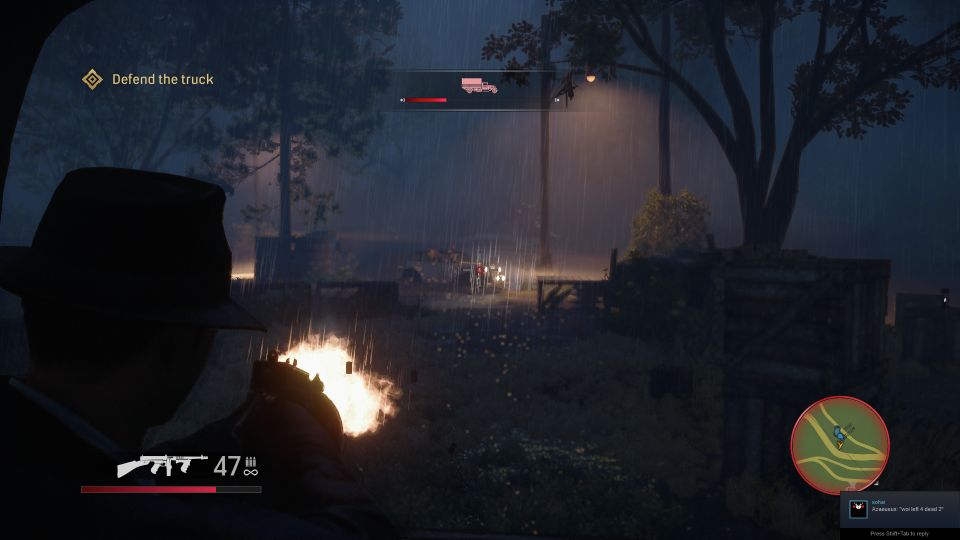 During the cutscene, the truck Tommy and the rest are in will be pushed down the cliff, but all will survive.

You need to take out the turret before your vehicle gets blown up. 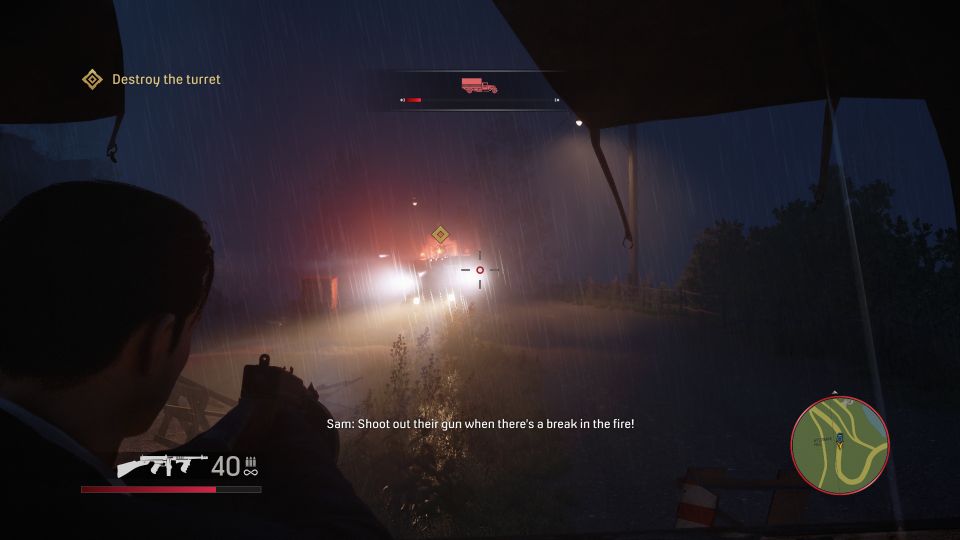 Next, shoot at the windshield of the vehicle until they’re all gone.

Lastly, throw molotovs at the truck’s windshield. You can throw a few. 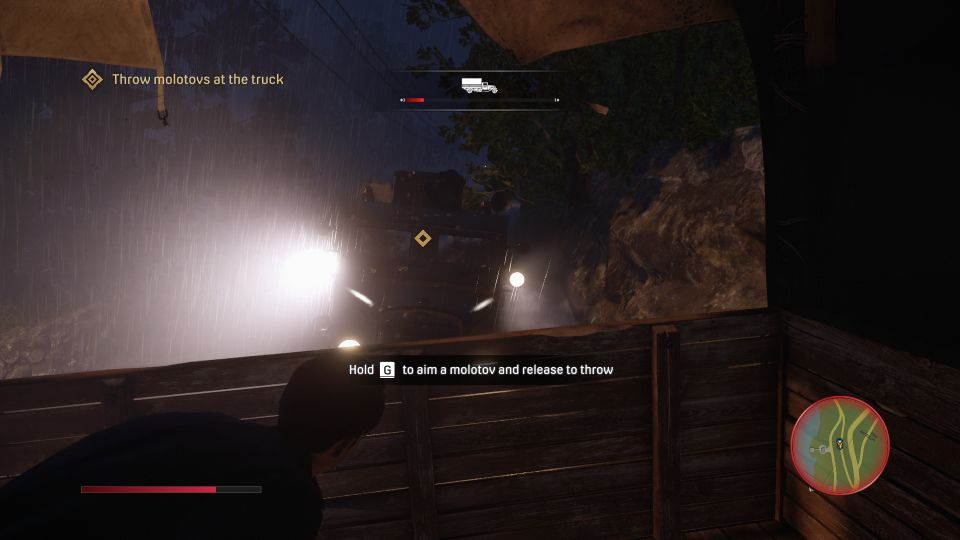 During the cutscene, Sam will be brought to a doctor. 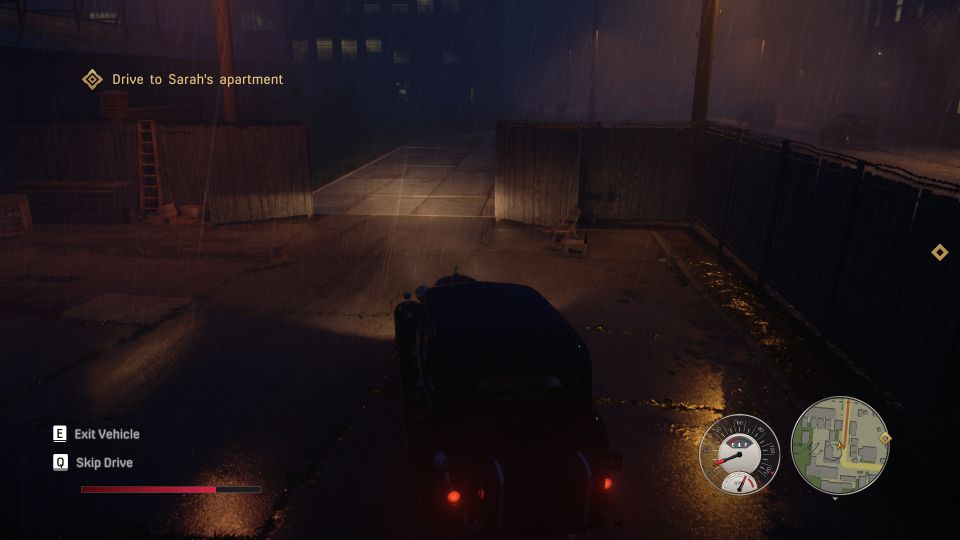 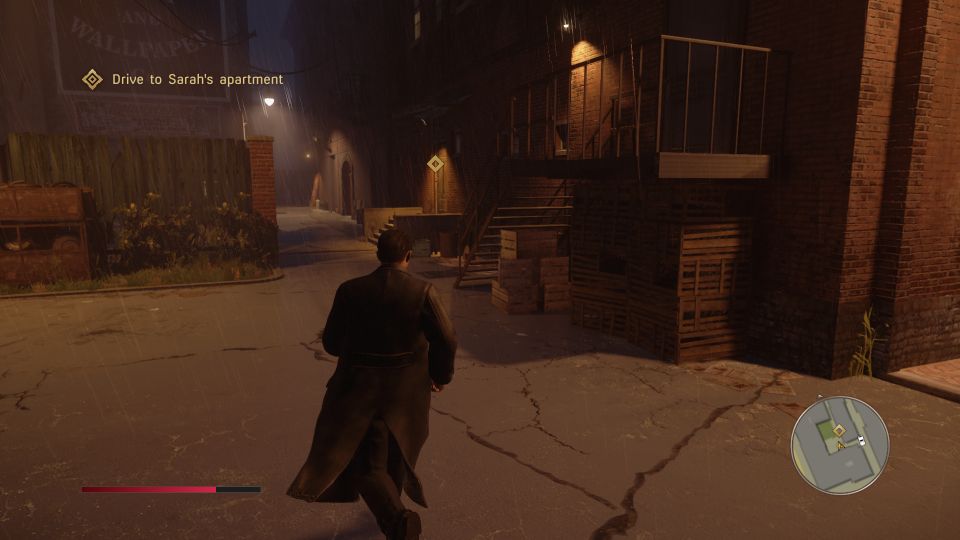 There will be a cutscene where Tommy asks Sarah to marry him.

Mafia Definitive Edition: The Saint And The Sinner Walkthrough

Mafia Definitive Edition: Better Get Used To It Walkthrough