Moonlighting (1938) is one of the final missions in Mafia: Definitive Edition.

Your task is to follow Paulie to the bank, clear the safe and escape the bank.

Here’s a walkthrough of Moonlighting in Mafia: Definitive Edition. 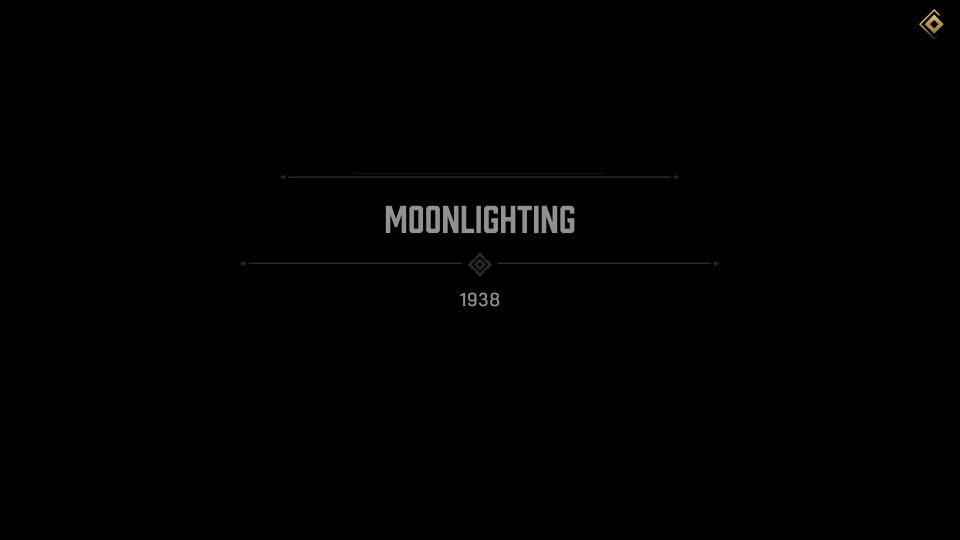 During the cutscene, Paulie will be telling Tommy to handle the manager while he controls the crowd. 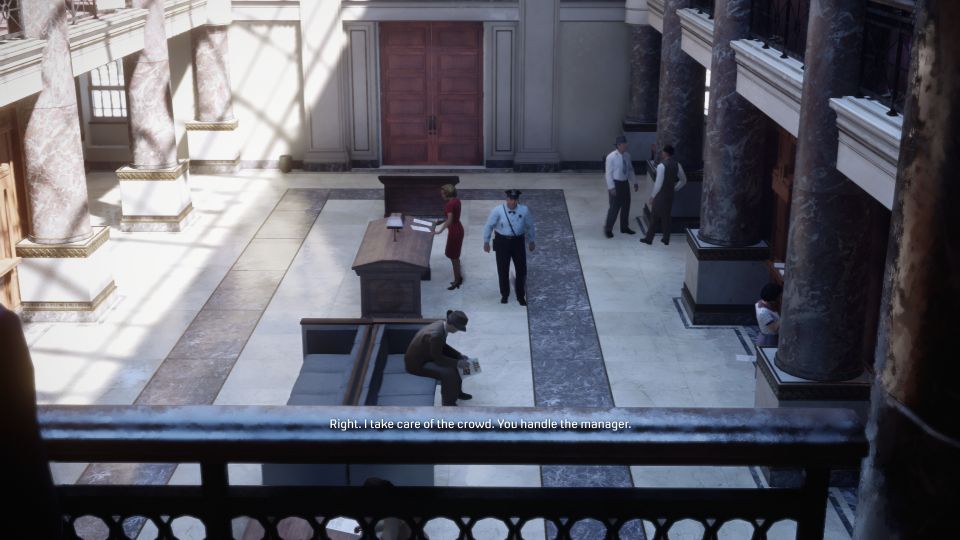 Go upstairs to find the manager. The stairs is closer to the entrance. 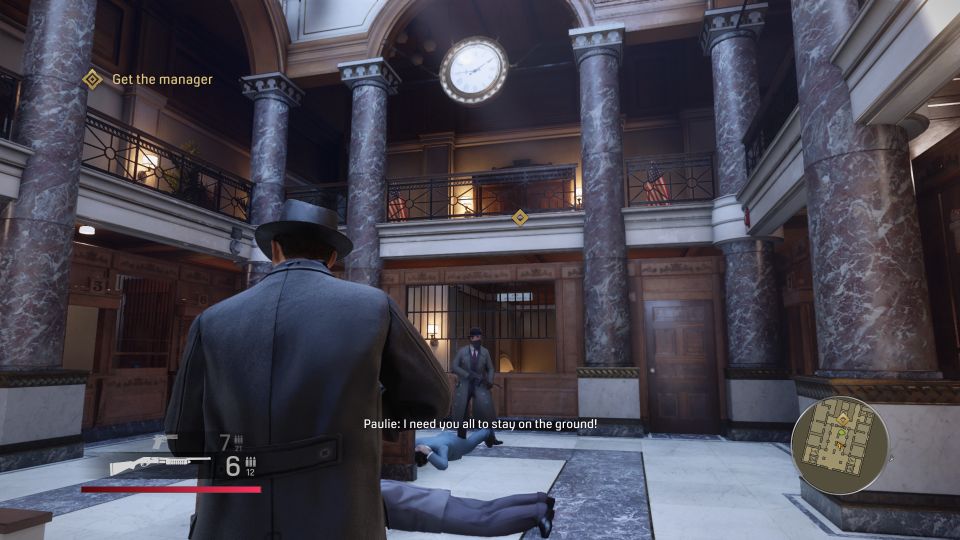 As you get to the manager’s office, point the gun at him.

Escort the manager all the way down to the safe. 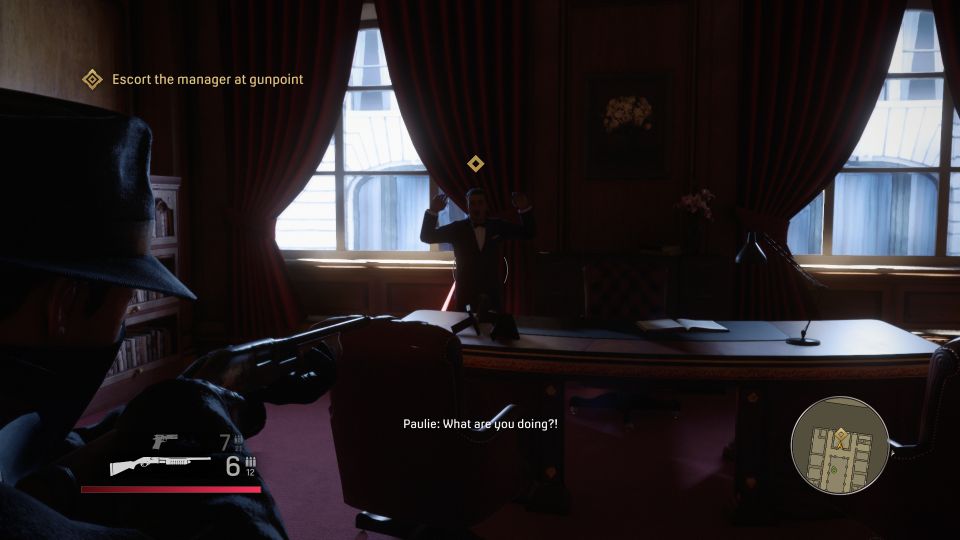 Deal with the guards

Near the vault / safe, there will be at least two guards. They will start firing at you. 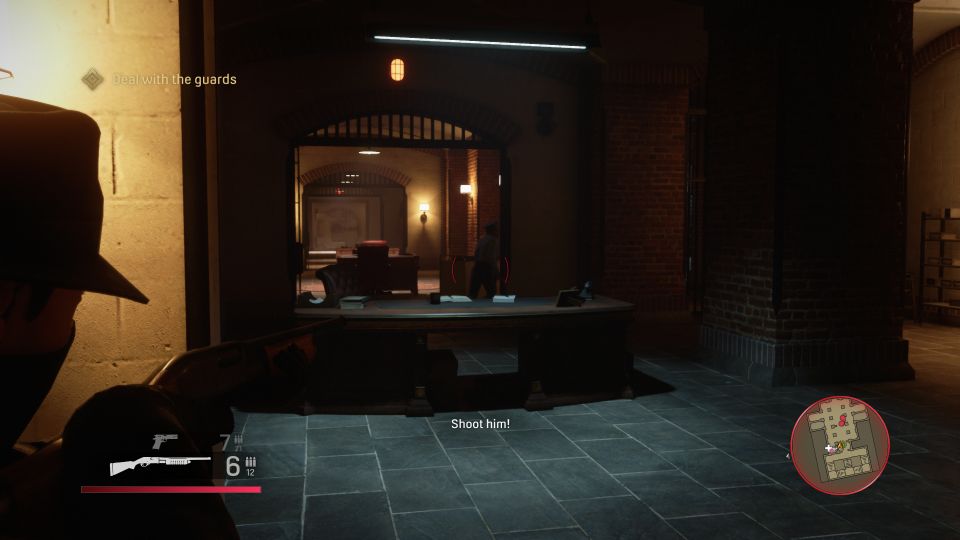 Get key from manager

After dealing with the guards, take the vault key from the manager. 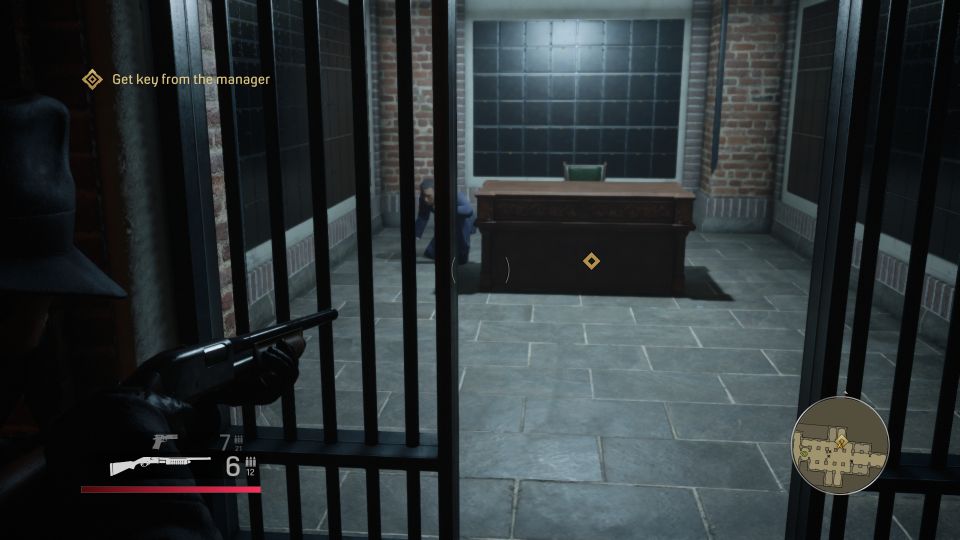 Get to the vault and open it. 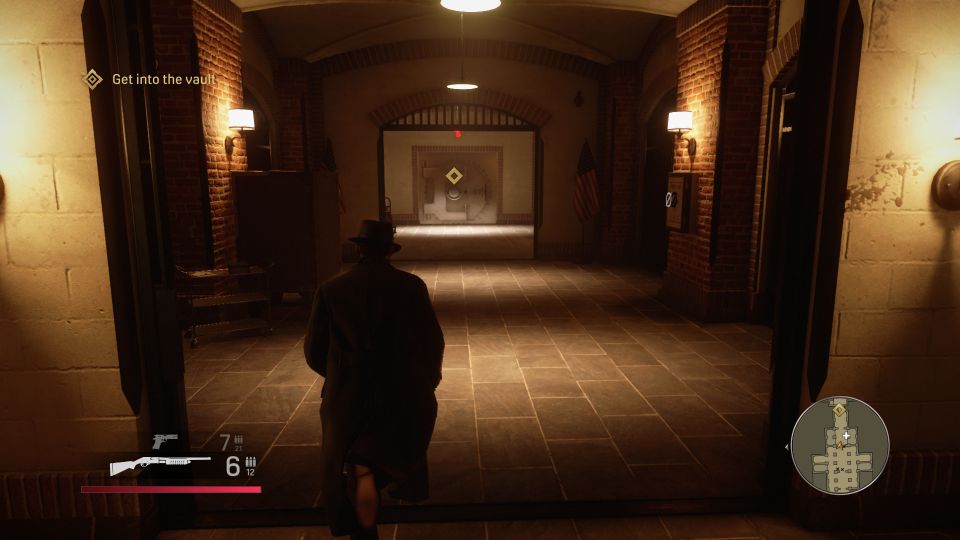 Deal with the cops

During the cutscene, the cops will arrive. Together with Paulie, you need to escape the bank.

Kill the cops along the way. 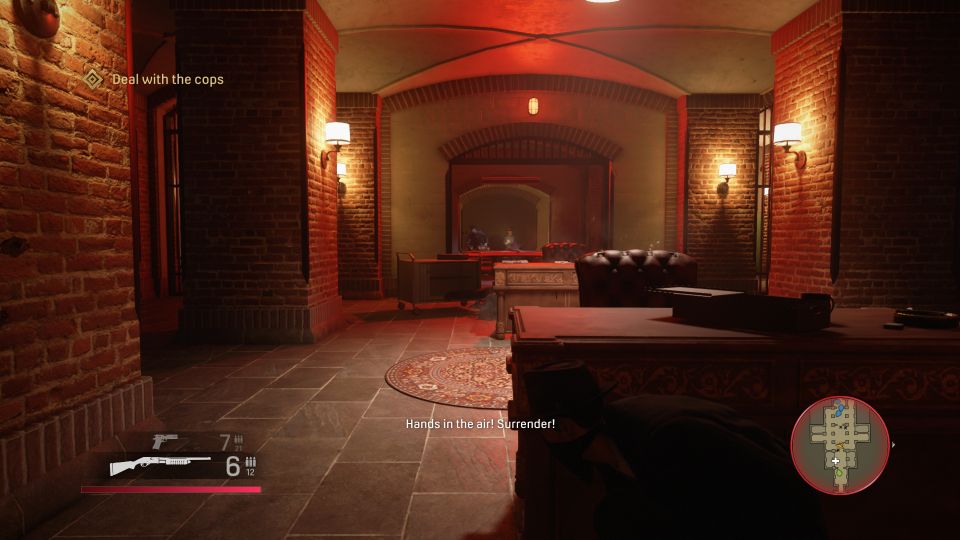 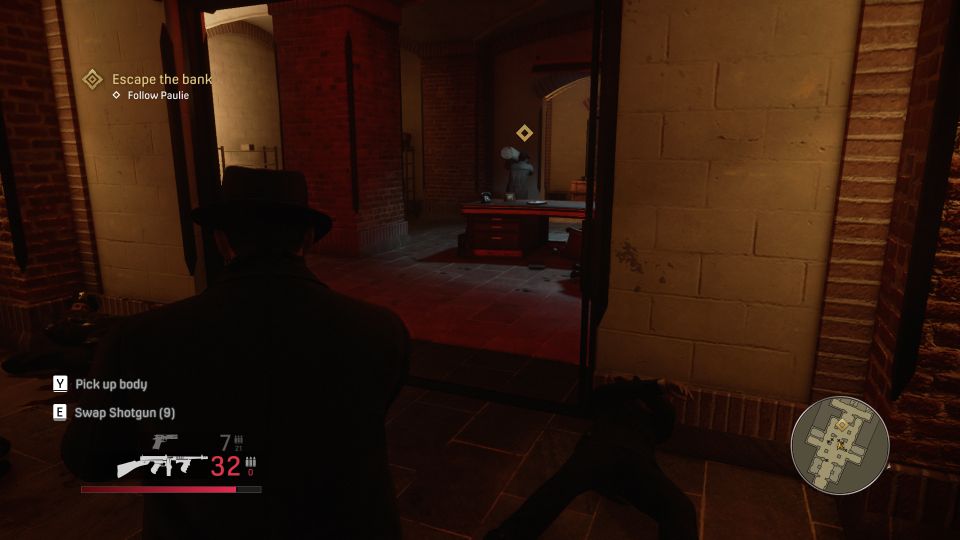 At the ground floor of the bank, there will be more cops. 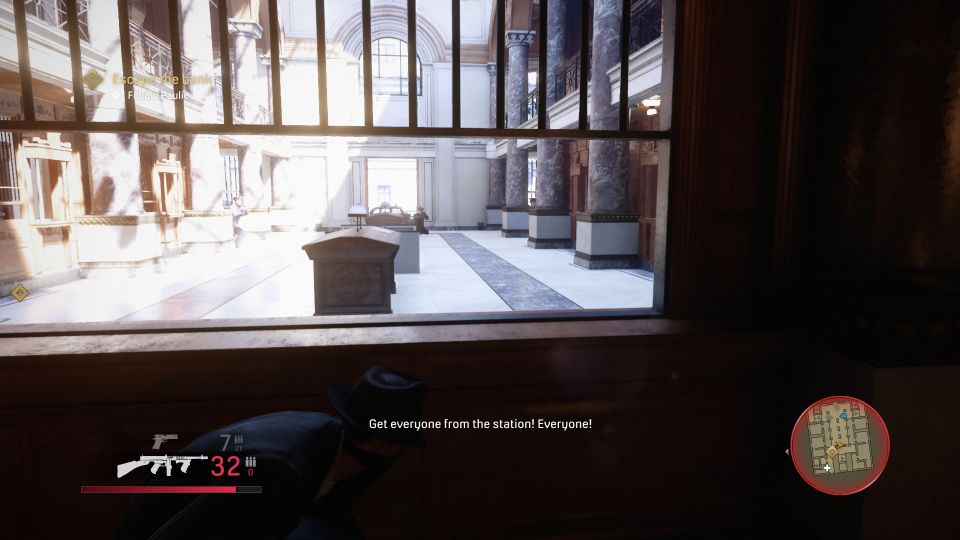 Paulie will lead you out through another entrance. Take the car. 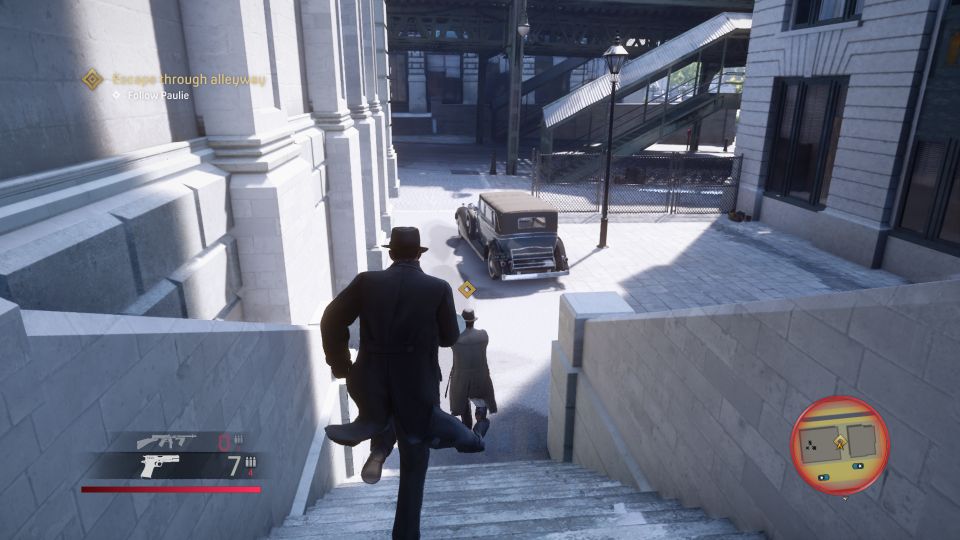 The cops will start chasing you. Lose the cops by continuously turning into different roads.

You can also use those road constructions to stop the cops. 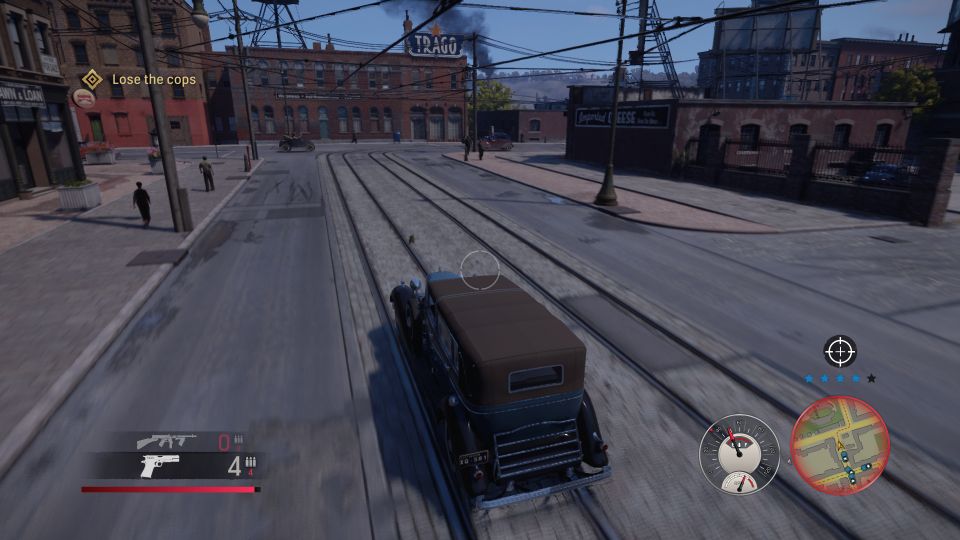 Drive to the Palermo Club

Once you’re done, head back to the Palermo Club. The mission ends after the cutscenes. 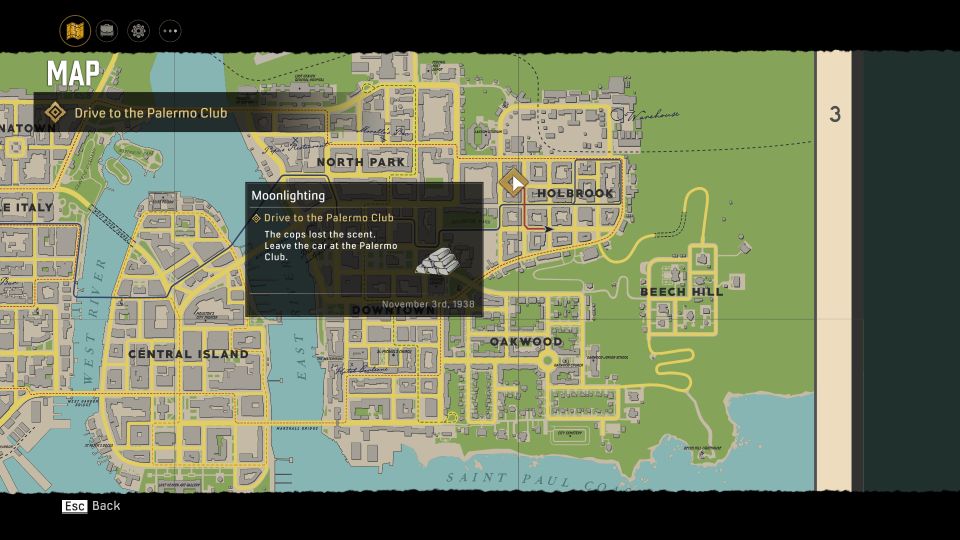