Beat On The Brat: Arroyo is a side job / mission in Cyberpunk 2077.

Your objective is to defeat the champion of Arroyo.

Here’s a walkthrough of Beat On The Brat (Arroyo) in Cyberpunk 2077.

He is probably the second fighter you should go against in terms of difficulty. 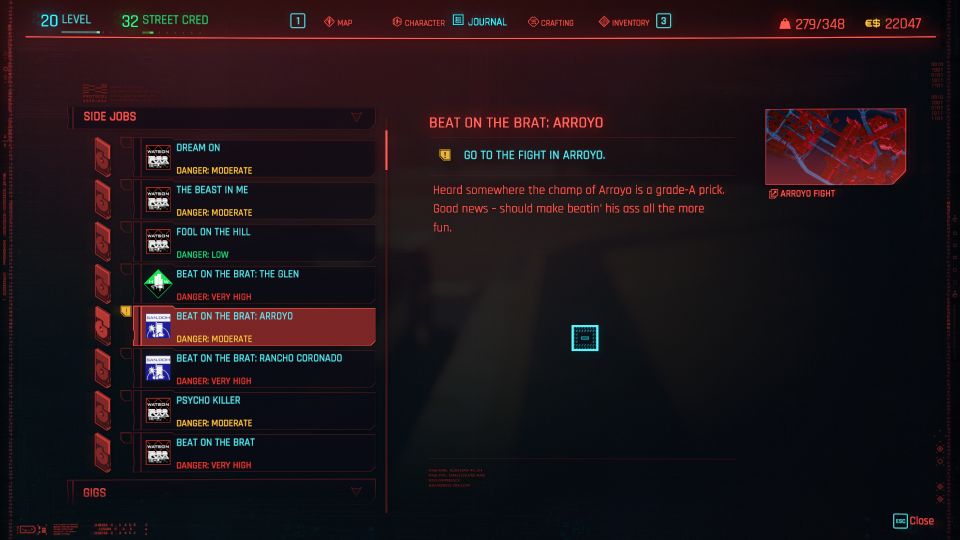 Go to the fight area

To begin, head to the fight area in Arroyo. The location is provided in the map. 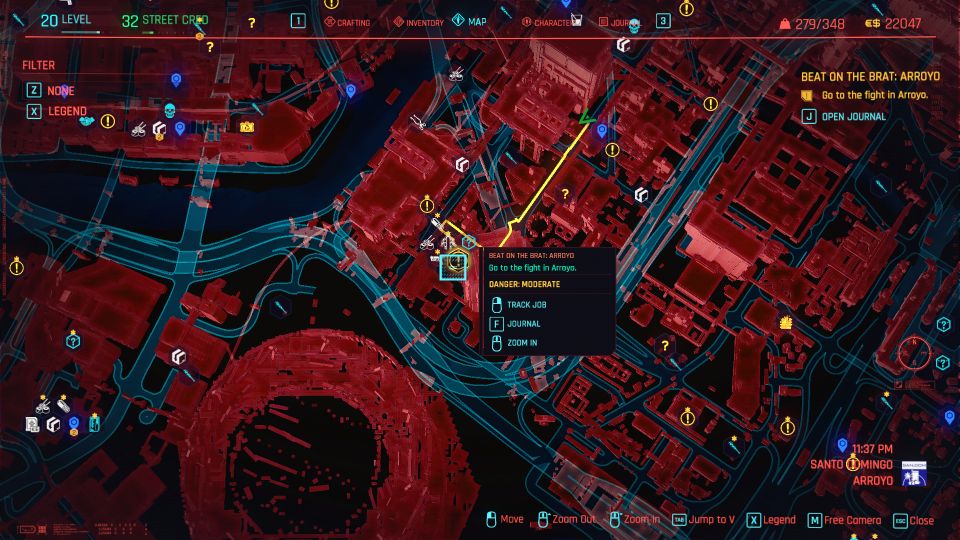 Talk to the champ

Talk to Buck, who is the champion of Arroyo. 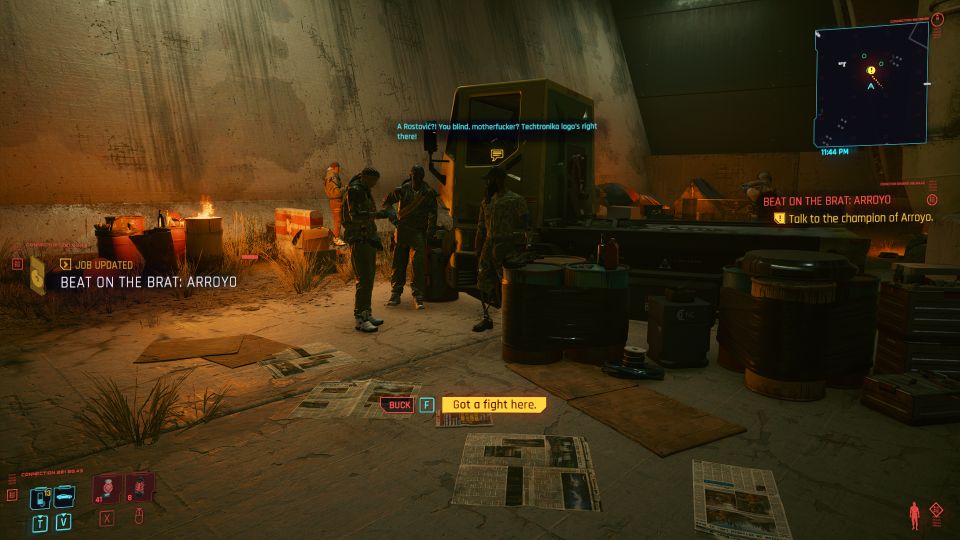 During the conversation, you can ask about his rifle. You need level 9 Body to do so.

Once you’ve asked him, another option will appear, i.e. toss in your sniper rifle. 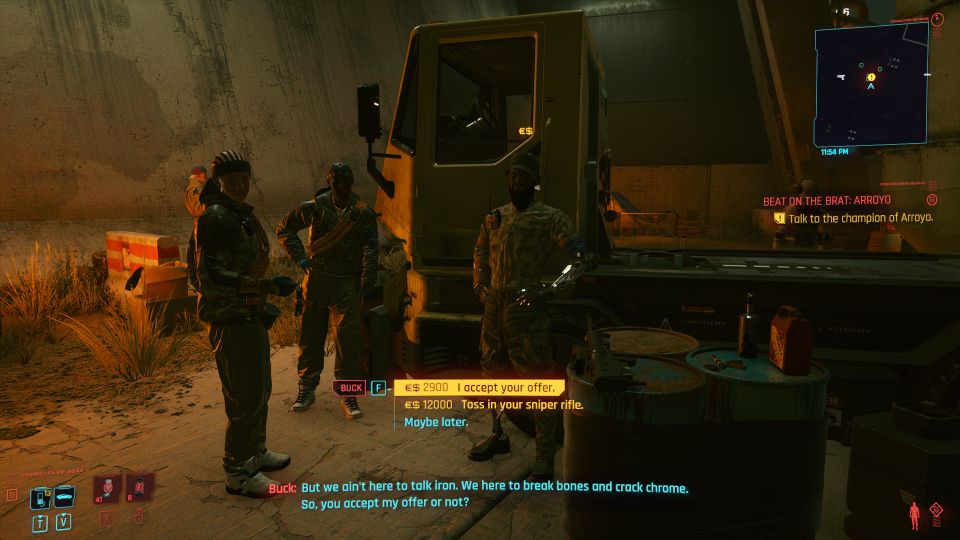 He will lead you to the arena. Talk to him again to begin.

Keep holding your punch and release it when you get close. Basically, just use strong punches to counter his block every time.

When he is vulnerable, you can use fast punches. Repeat the process until he is down. 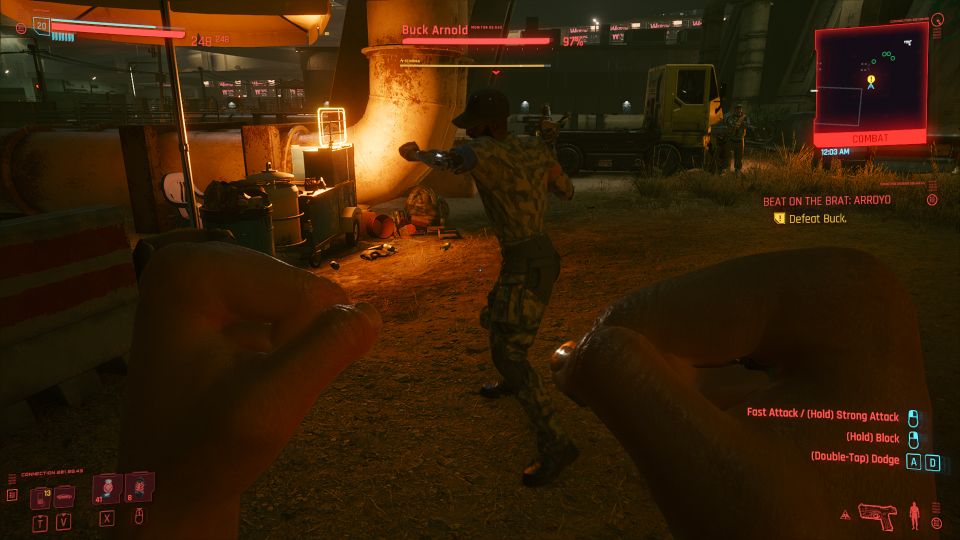 Defeat Buck and the rest

After Buck loses, he will call the rest of the gang to attack you.

Here, you can use your gun to take them down. 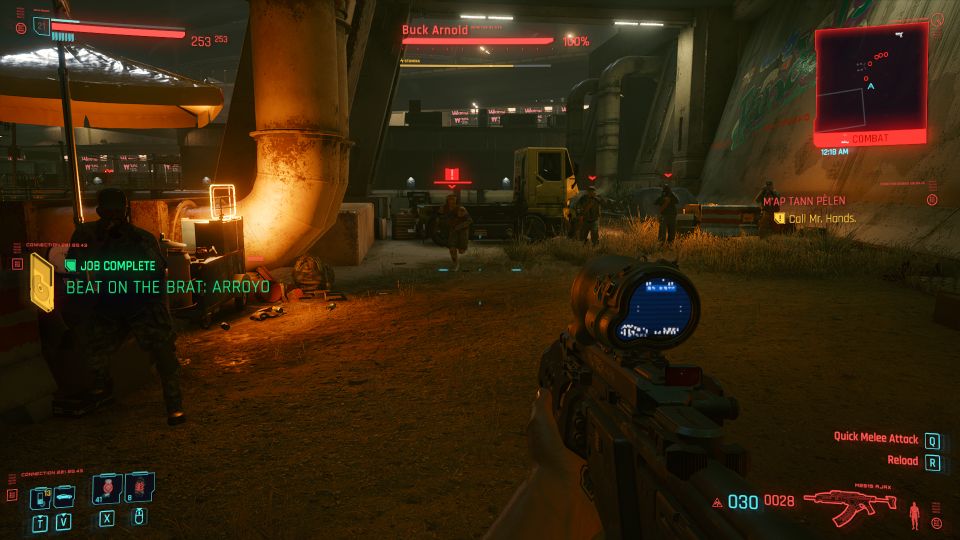 Get the sniper rifle

Next, grab the sniper rifle on the barrel. However, I didn’t seem to get my money back after the fight.

I’m not sure if you can get the sniper rifle even without choosing that option in the conversation. 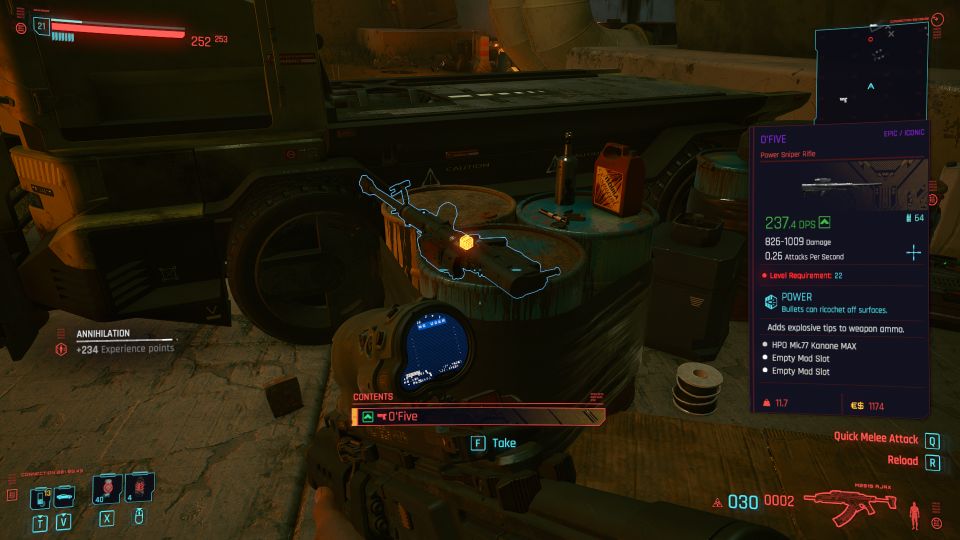 Cyberpunk 2077: The Beast In Me (City Center) Walkthrough