A Like Supreme is a side mission / job involving Johnny in Cyberpunk 2077.

Your objective is to meet with the band for one final gig.

Here’s a walkthrough of A Like Supreme in Cyberpunk 2077. 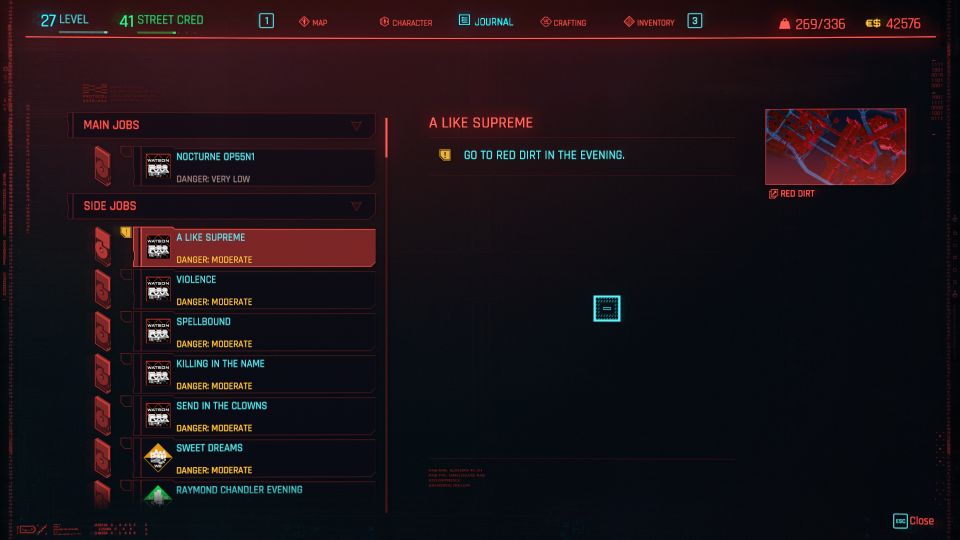 Head to the club named Red Dirt in Arroyo, as marked on the map. 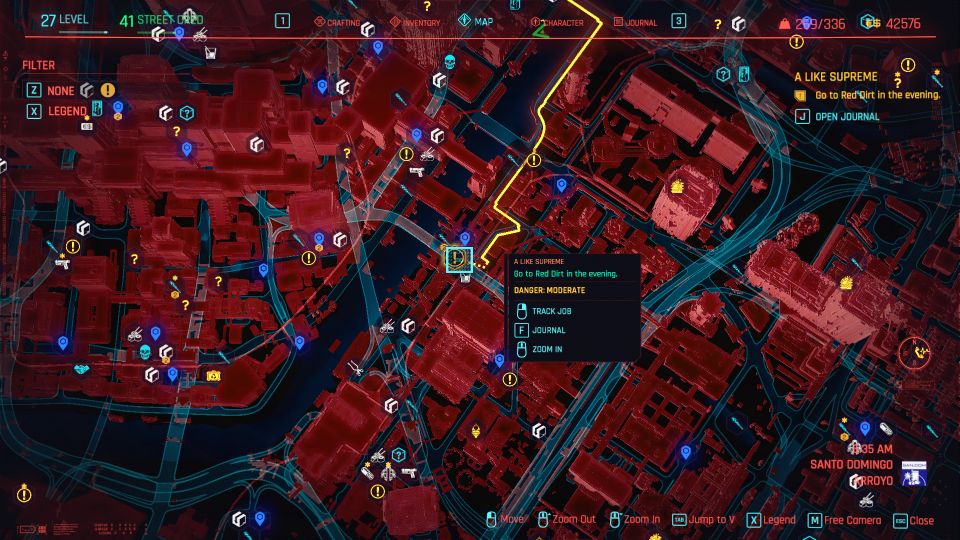 If you get there in the morning or the afternoon, you can sit on the curb and it will turn to evening. 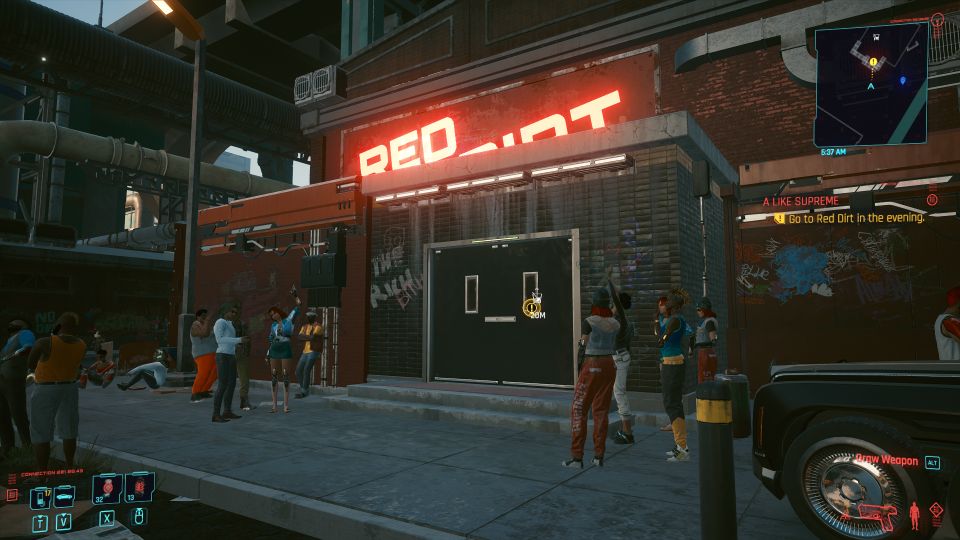 Enter Red Dirt and talk to Nancy and Denny inside. 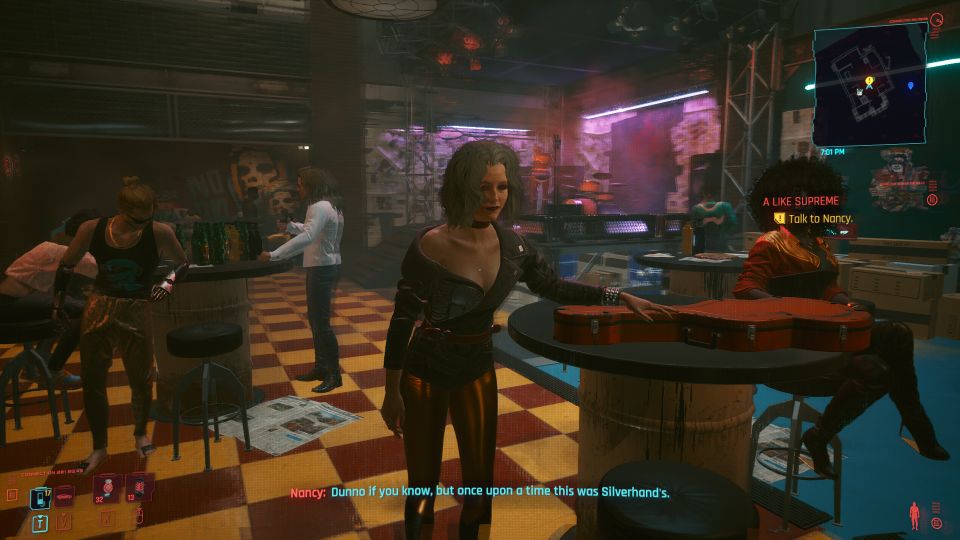 Head to the bathroom to take the pills to give Johnny control. 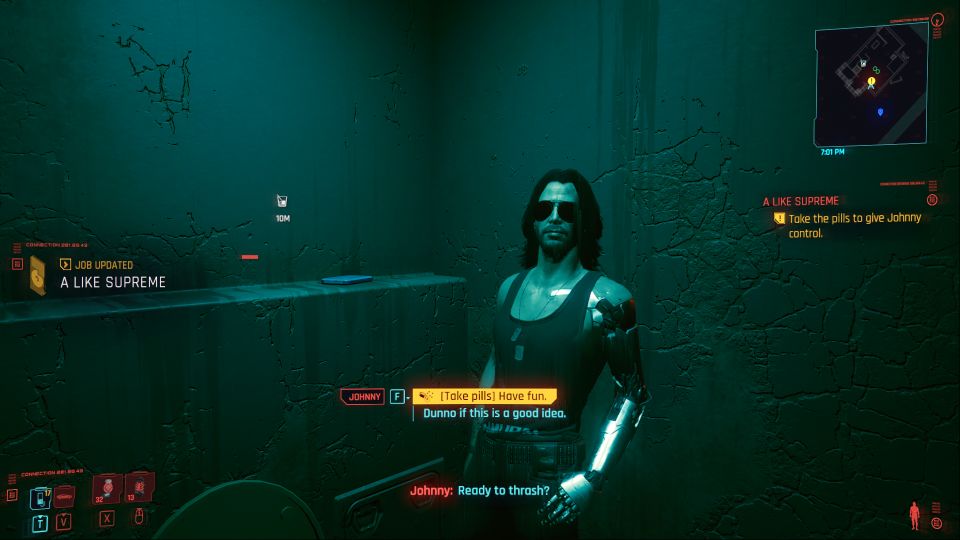 After coming out of the bathroom, Kerry will show up with the backup player. 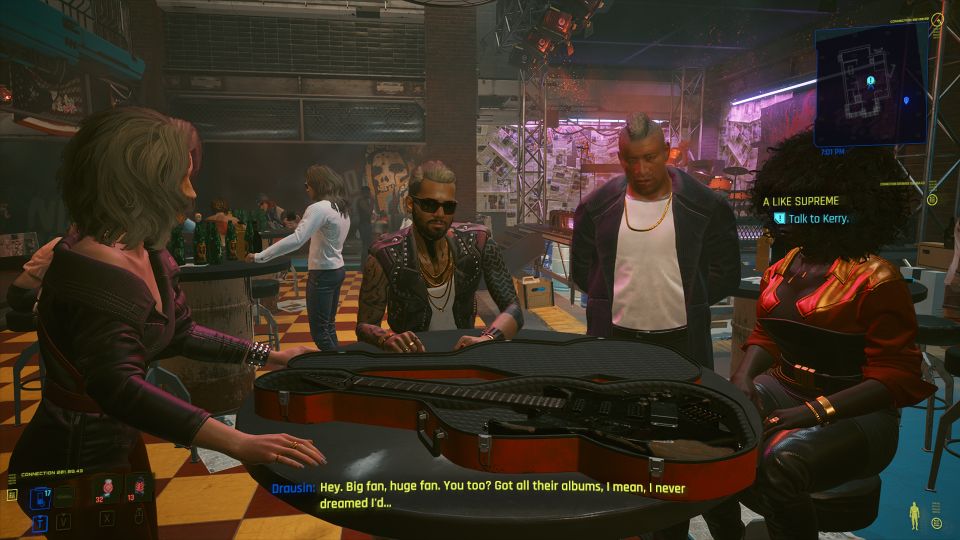 This part is mainly the band’s performance. There are a couple of time-limited prompts to do stuff like singing and playing a solo. 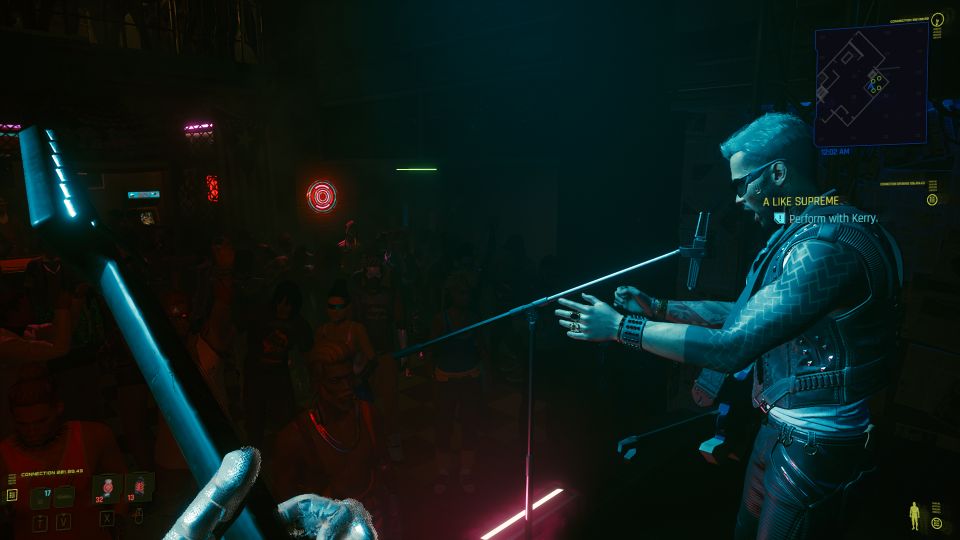 After the performance, talk to Kerry again.

I chose to ask for an encore gig but he refused. 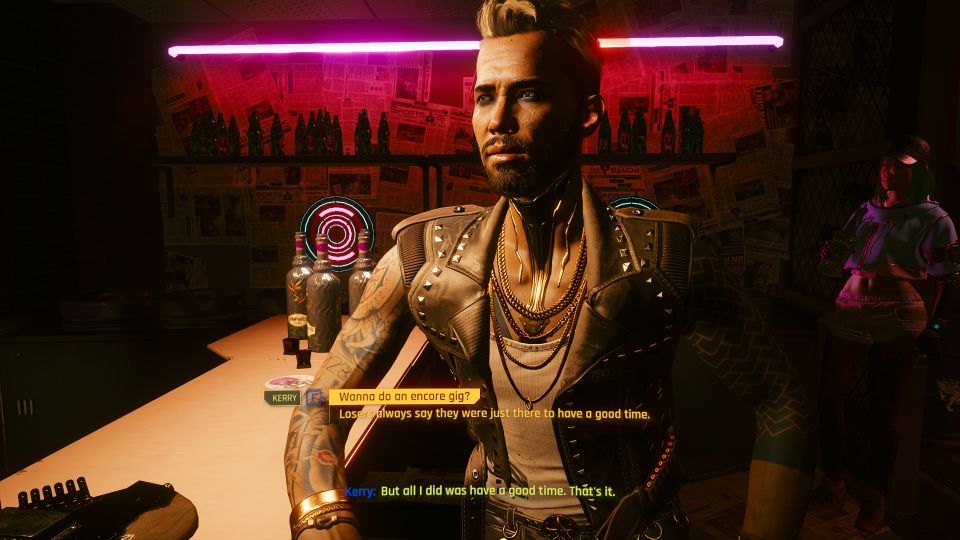 As Johnny hands over his guitar to Kerry, the latter will also give his revolver to V. 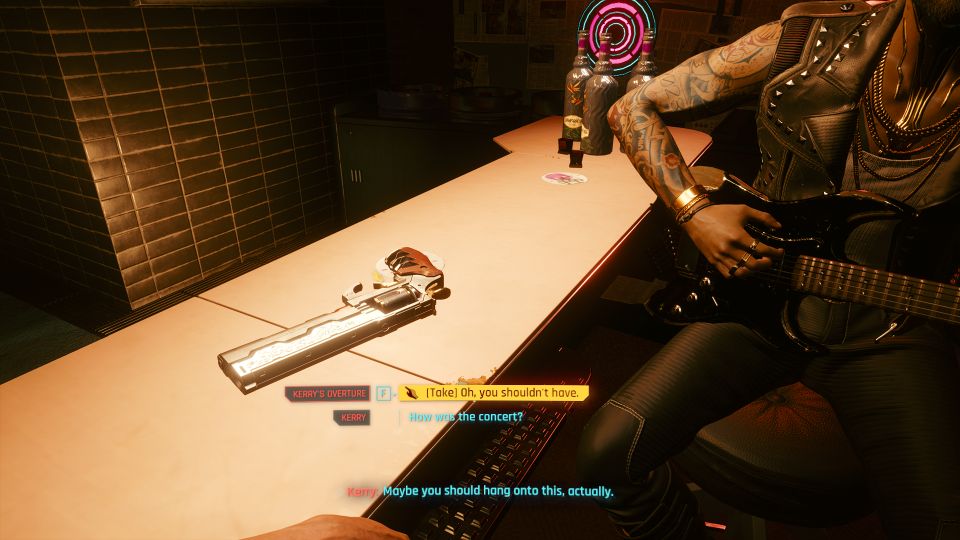 Cyberpunk 2077: Freedom Of The Press Walkthrough