Well-Traveled is a main quest under Asgard in Assassin’s Creed Valhalla.

Your task is to get the water from the Well of Urd but you’ll need to unseal the well first.

Here’s a walkthrough of Well-Traveled in AC Valhalla. 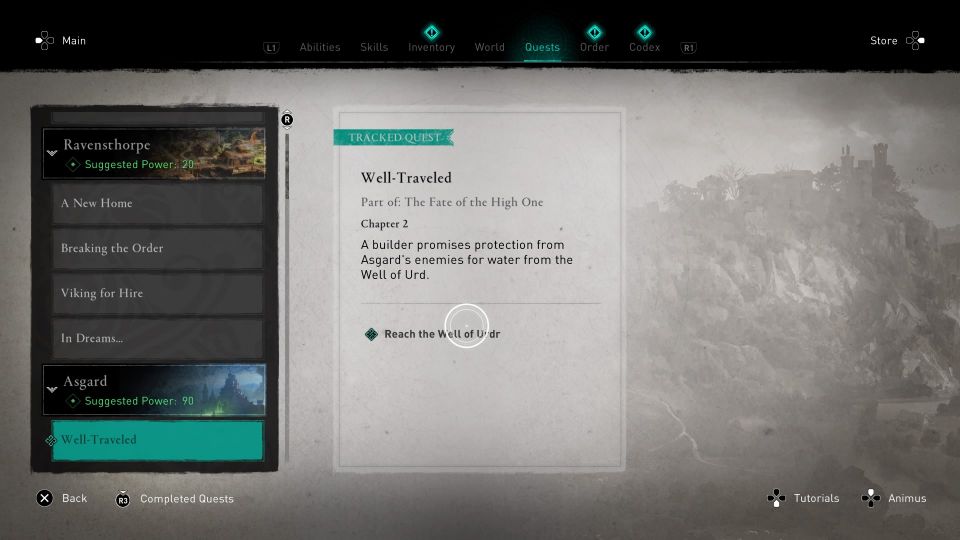 Reach the Well of Urdr

Head to the location marked on the map below to reach the Well of Urdr. 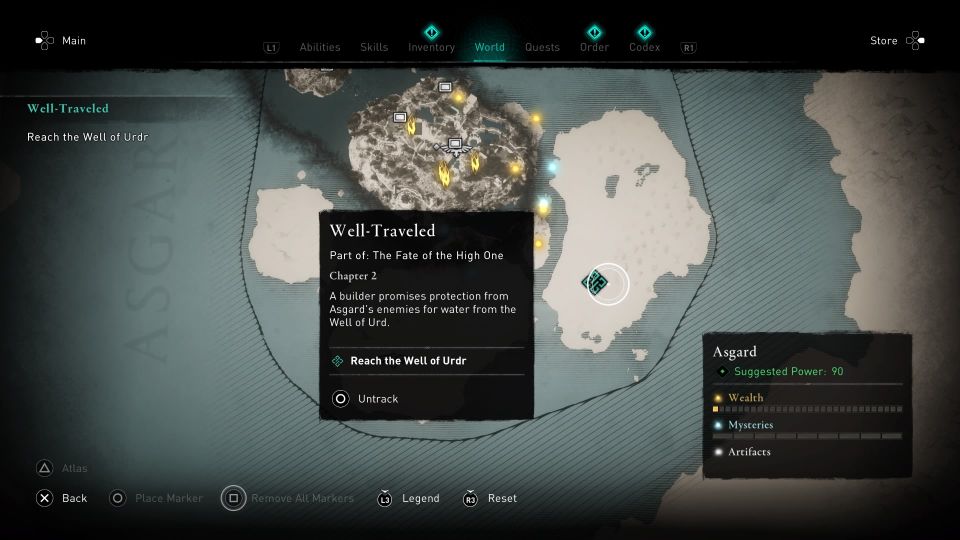 When you reach the location, you will see a cave entrance. Enter it. 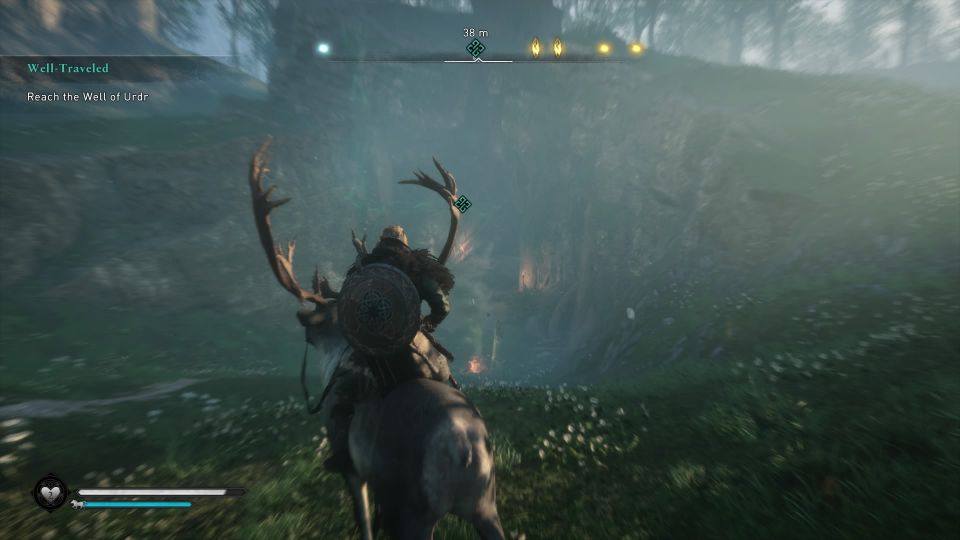 You will see a laser reflector inside. Adjust it so that it hits the object and the barrier will disappear. 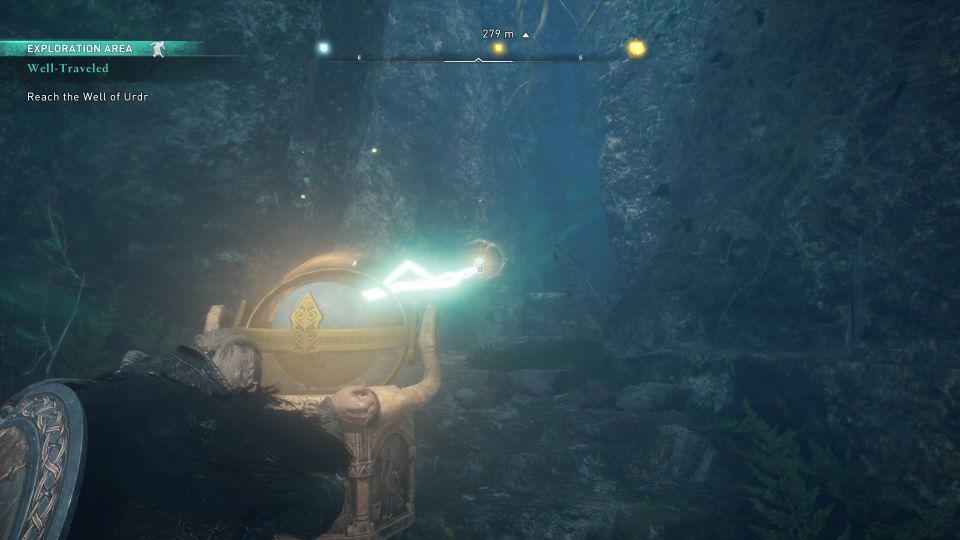 You will eventually reach the Well of Urdr. A cutscene will be triggered and Tyr will show up.

How to unseal the well

There are two objects that affect the barrier for the Well. To unseal the Well, both of the objects in the middle of the Well (not sure what they’re called) have to receive a laser beam and they will remove the barrier.

The trick is to split the lasers first. You should see a crystal above you from where you start.

Use the laser projector that’s available to aim at the crystal so that it splits into two (image below).

The reflector on the right side of the entrance can now be used to light up one of the objects near the well.

For the second object, you have to rely on the other reflectors starting from the left side of the entrance.

You will see a few reflectors surrounding the Well. Adjust each reflector so that they hit one another and form almost a circle.

The last reflector at the outer layer should aim at the reflector near the Well. The laser will bounce off and hit the second object.

This means both objects should be lighted up now and the Well should be opened.

Once the barrier is gone, jump down to the well.

Collect water from it.

To exit the cave, dive into the water below.

You should see a path going out. Swim towards it.

As soon as you surface, talk to Loki who is waiting under the tree.