The Abbot’s Gambit is a quest under Cent in Assassin’s Creed Valhalla.

Your task is to meet up with Basim and plan a way to get Sigurd’s whereabouts.

Here’s a walkthrough of The Abbot’s Gambit in AC Valhalla. 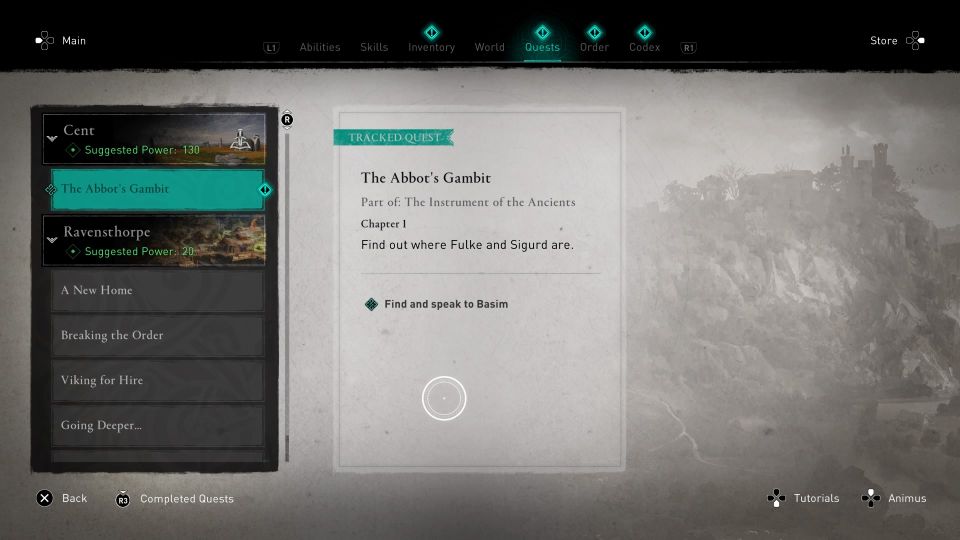 Find and speak to Basim

Head to the location shown in the map, marked by the quest symbol. You’ll see Basim there. 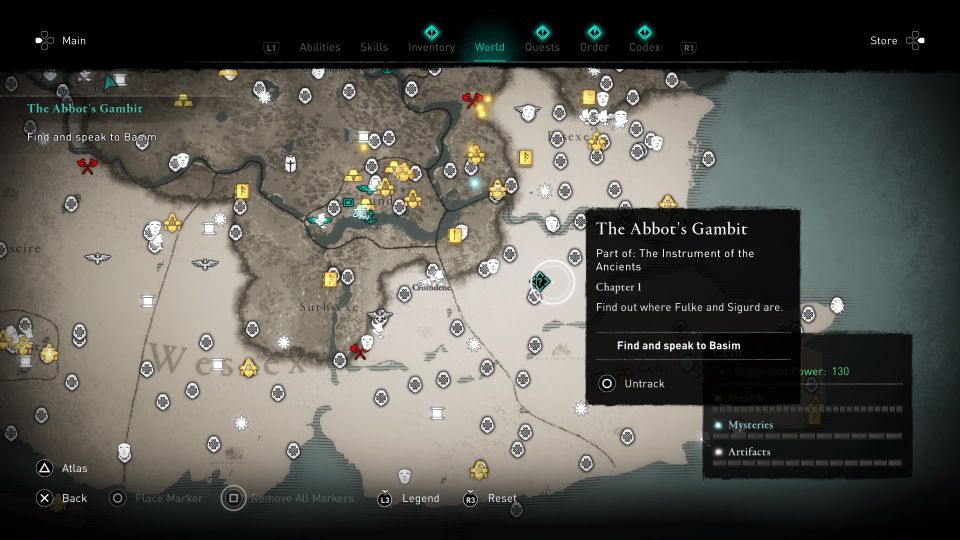 Basim will be busy debating with Brother Hortbert. Get to him to trigger a cutscene. 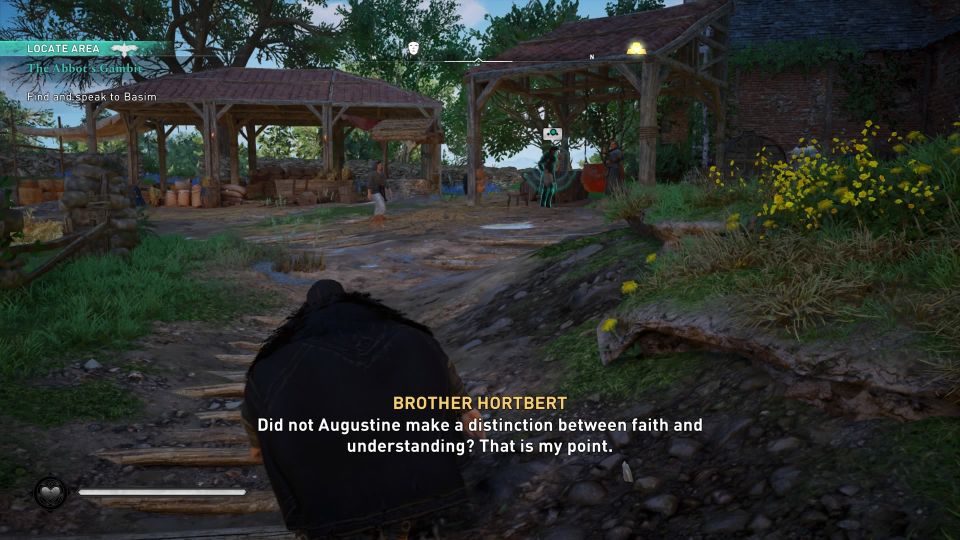 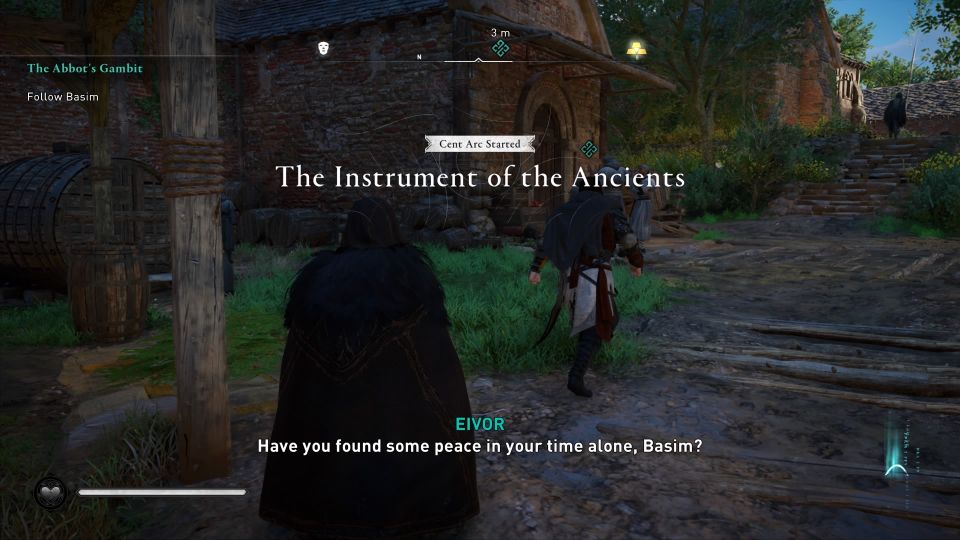 After meeting the contact, head to Tonbridge Inn to get intel.

The exact location is shown in the map below, marked by the quest symbol. 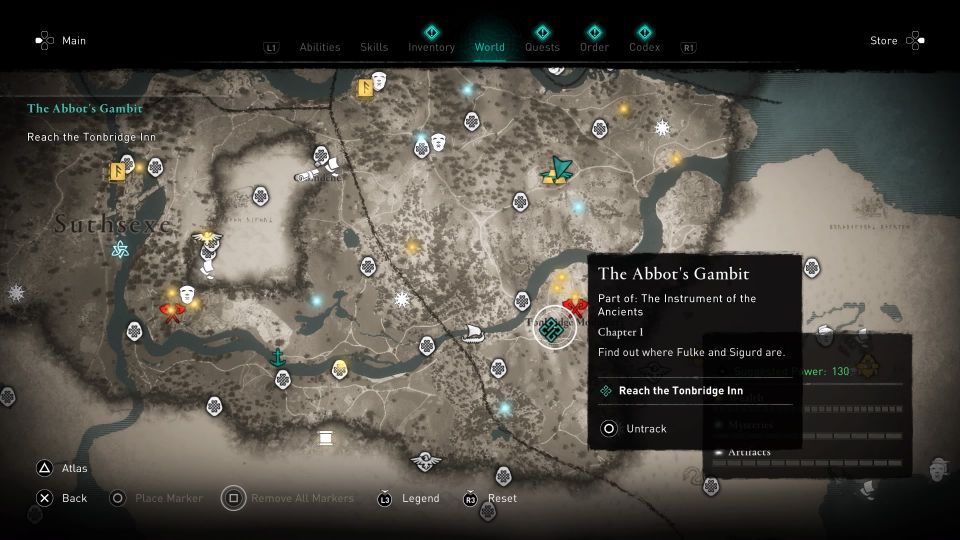 Talk to the man inside the inn to get information on the emissary. 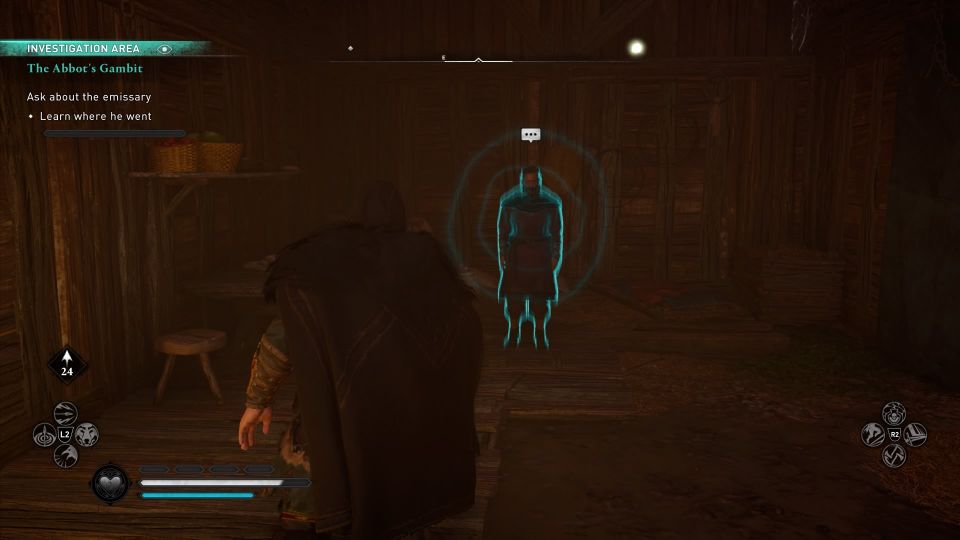 Talk to the bard

Head to the river as shown in the map below to find the bard.

You’ll see the bard under the bridge.

Sober up the bard

Carry the bard and throw him into the river to sober him up. Speak to him.

He’ll ask you for silver in return for information. Just threaten him and you’ll get info for free.

Find and get the message

Head to Dover Fortress to find the emissary. The location is shown in the map below, marked by the quest symbol. It’s at the east coast of Cent.

As you get to the fortress, make your way in quietly to prevent a fight with the paladins.

Get to the location marked on the map as shown above and you’ll find the emissary inside the fort. He will be walking among the guards.

There’s probably a way to get the letter without killing him. Maybe hide in the bushes as he passes by and steal it.

You can also kill him and get the letter, but the guards will all chase after you.