Rude Awakening is a quest in Rygjafylke in Assassin’s Creed Valhalla.

Your task is to kill the Kjotve spies and then destroy the base in the nearby island.

Here’s a walkthrough of Rude Awakening in AC Valhalla. 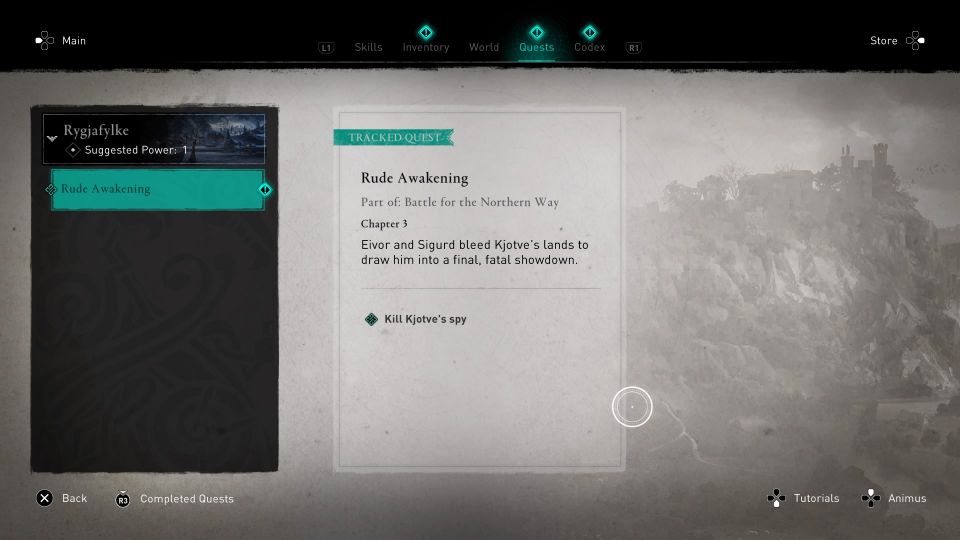 The first objective is to kill the spy belonging to Kjotve’s forces.

Just sneak up behind and assassinate him. 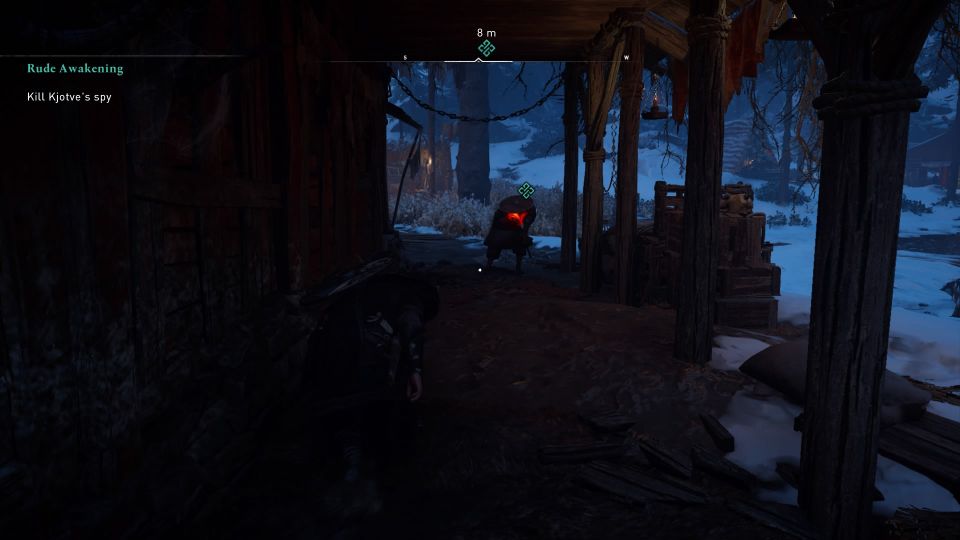 Kill all of Kjotve’s spies

There are two more spies in the village. The exact location is shown in the map, marked by the quest symbol. They are south of the village. 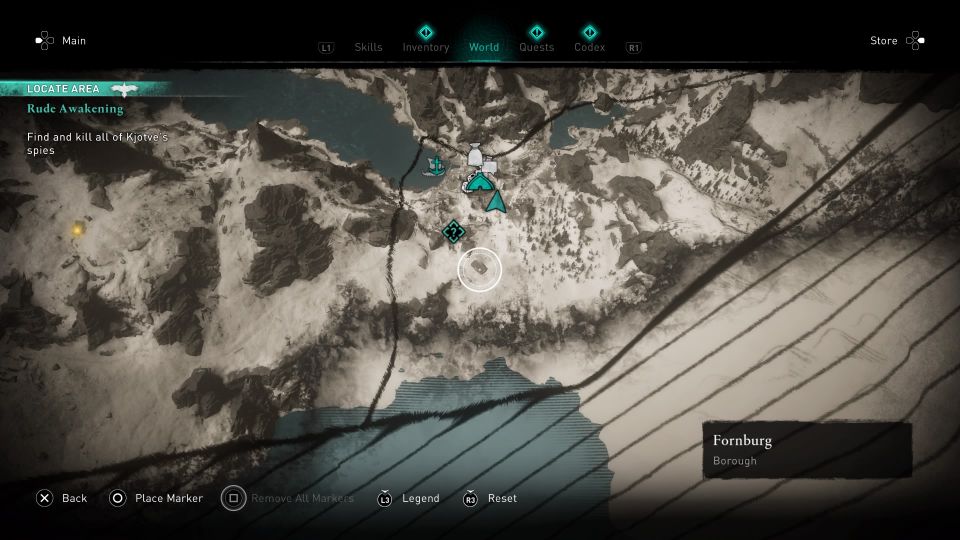 There will be two spies here. Kill them both. 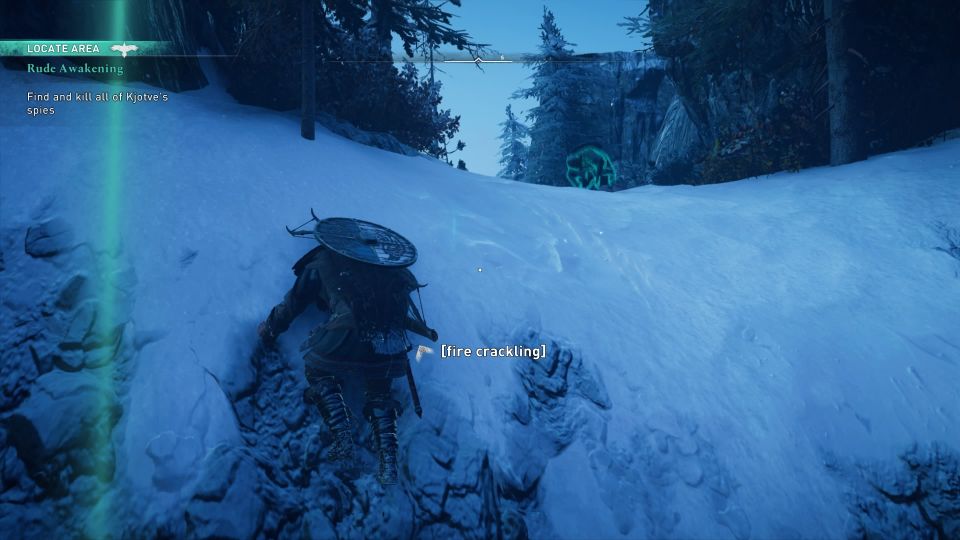 Inside the camp site, there’s also a note from Kjotve. 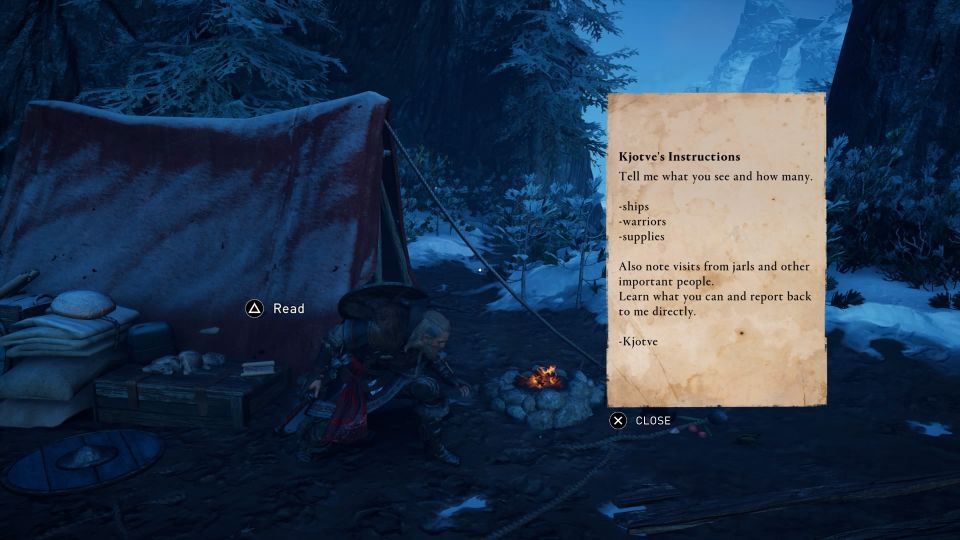 Head back to the docks and meet Sigurd. 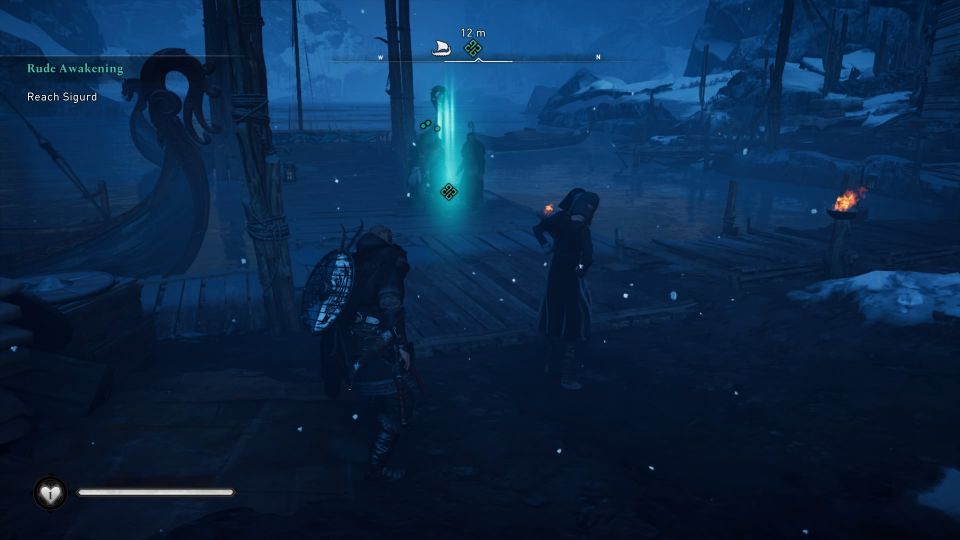 Head towards one of Kjotve’s camps to pillage their supplies. The location is shown in the map, marked by the quest symbol.

You’ll need to use the longship to get there.

As you reach, park the longship in the marked area and you’ll be able to press “Raid”.

Go into the camp area and burn the supplies. There are plenty of flammable pots inside. Just shoot the pots and the supplies will burn.

After the supplies are gone, you will see some ships coming.

Head to those ships to trigger a cutscene. You’ll meet Guthorm and King Harald who wishes to fight alongside you.

The quest ends after the conversation.