Blood Bond is a quest under Wrath of the Druids in Assassin’s Creed Valhalla.

Your task is to meet Eivor’s cousin Barid who is now the King of Dublin.

Here’s a walkthrough of Blood Bond in AC Valhalla.

The quest begins after reaching Ireland. 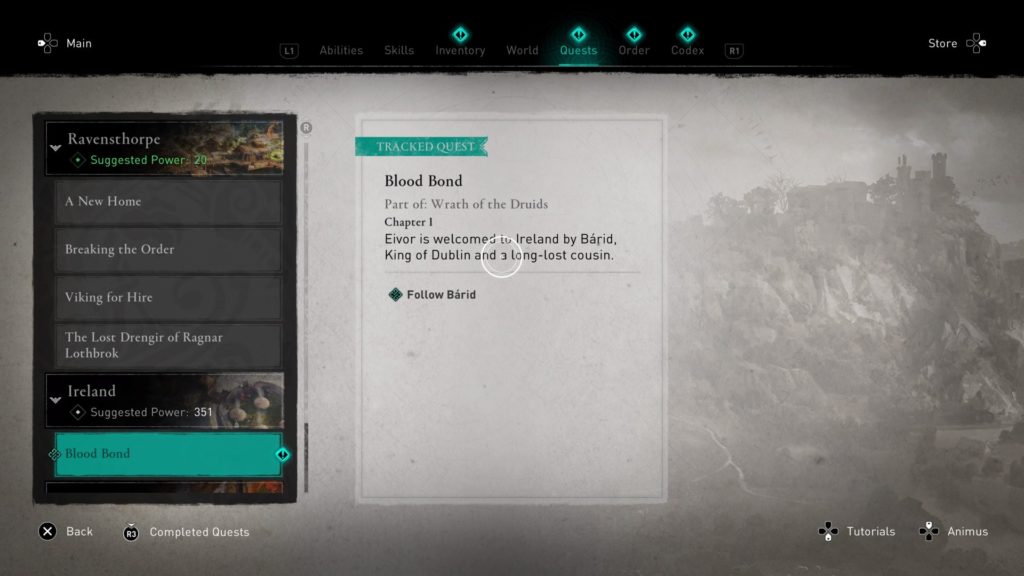 Next, follow Barid as he takes you to his castle. 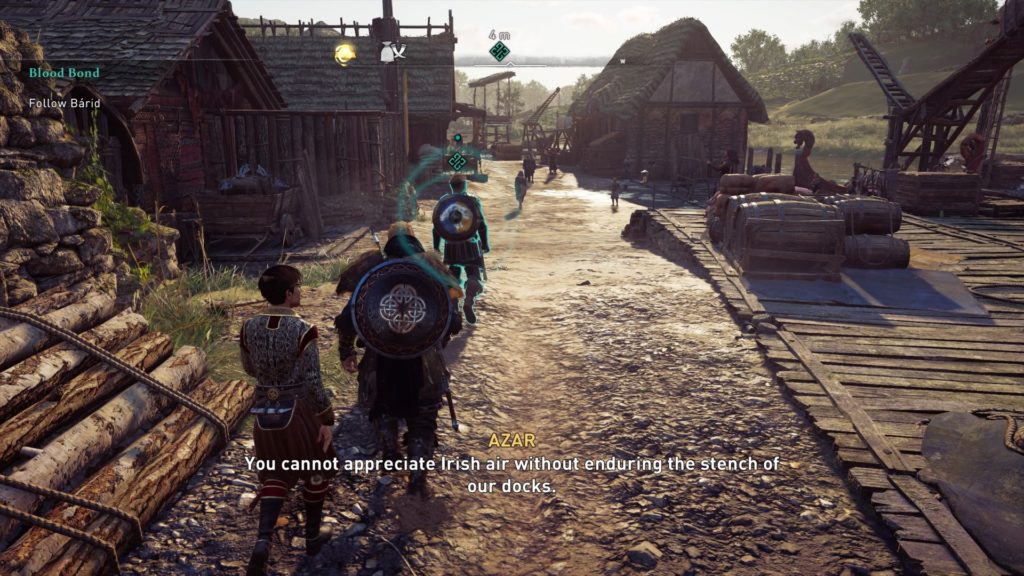 On the way to the castle, you’ll be given a new bow.

Here, you’ll be given 30 seconds to shoot all the targets with the new bow. 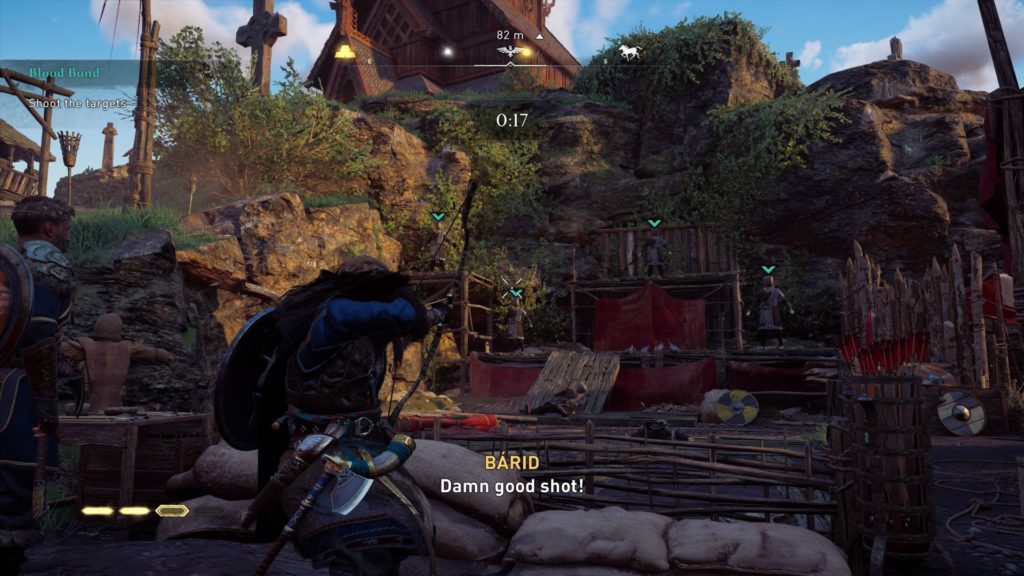 Continue to follow Barid to his place. You’ll see a celebration here. Just talk to the people. 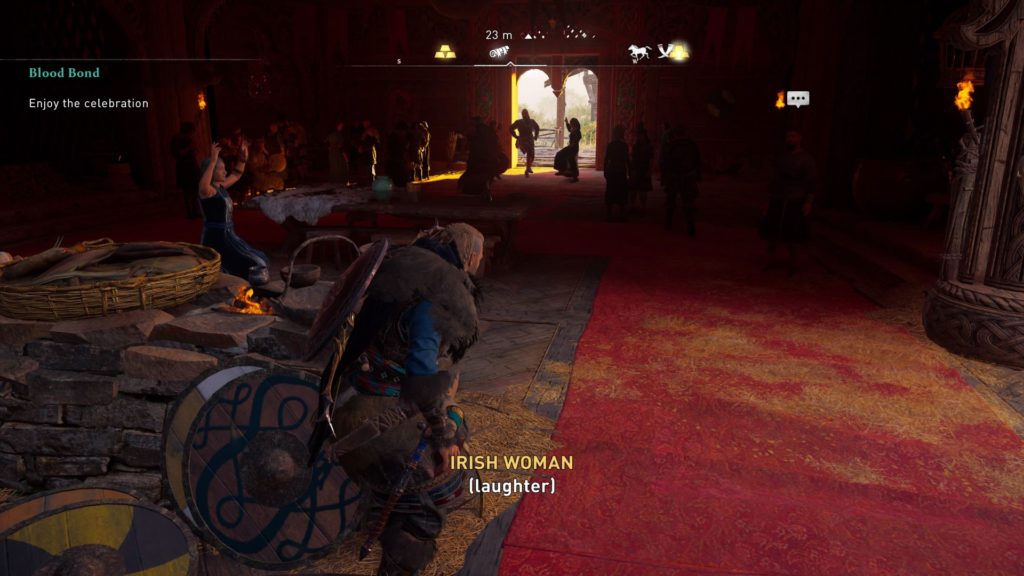 Next, you’ll be challenged to a fist fight with Sichfrith who is Barid’s son. 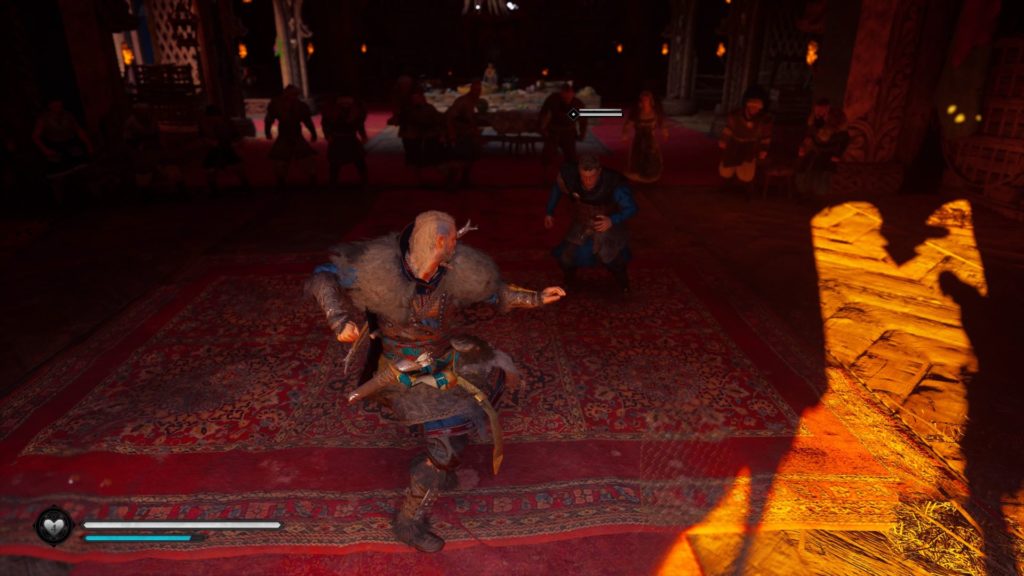 After the fight, head south to look for Barid. He’s at the family burial ground on the hill.

Find him and a cutscene will load.

Escort Barid to his castle

Defeat the ambushers along the way and the quest completes after reaching the castle.