The Man Behind The Man is a quest in Cent in Assassin’s Creed Valhalla.

Your task is to rally the forces to assault Rouecistre and capture Tedmund.

Here’s a walkthrough of The Man Behind The Man in AC Valhalla. 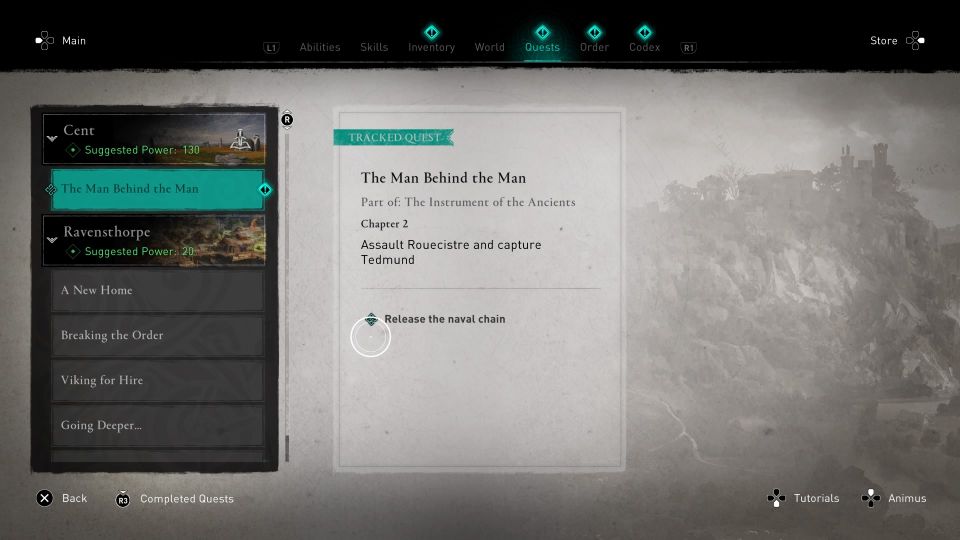 Before the assault, you need to release the naval chain. Get to the location shown below, marked by the quest symbol. 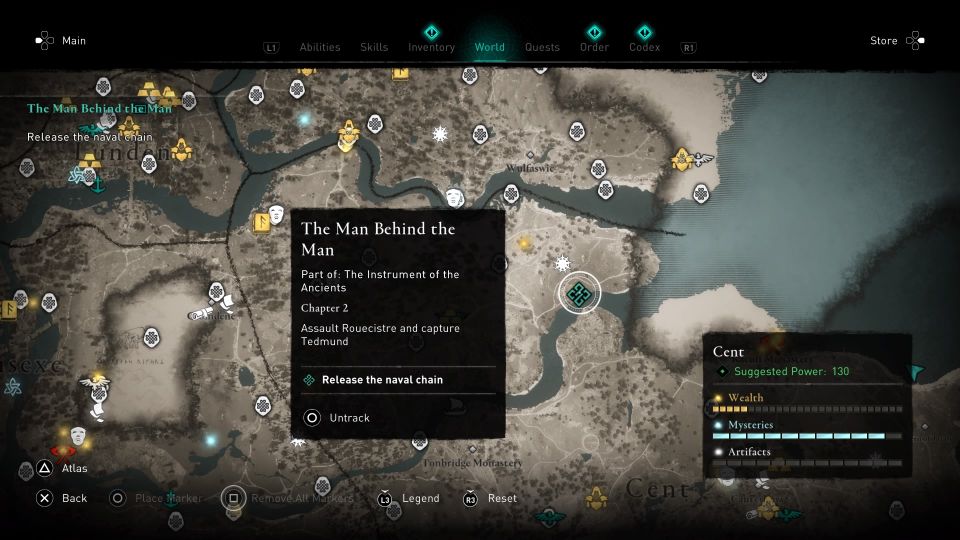 You’ll find yourself in Rouecistre Fort. The naval chain is inside a tower and the door is locked. The other door is barred. 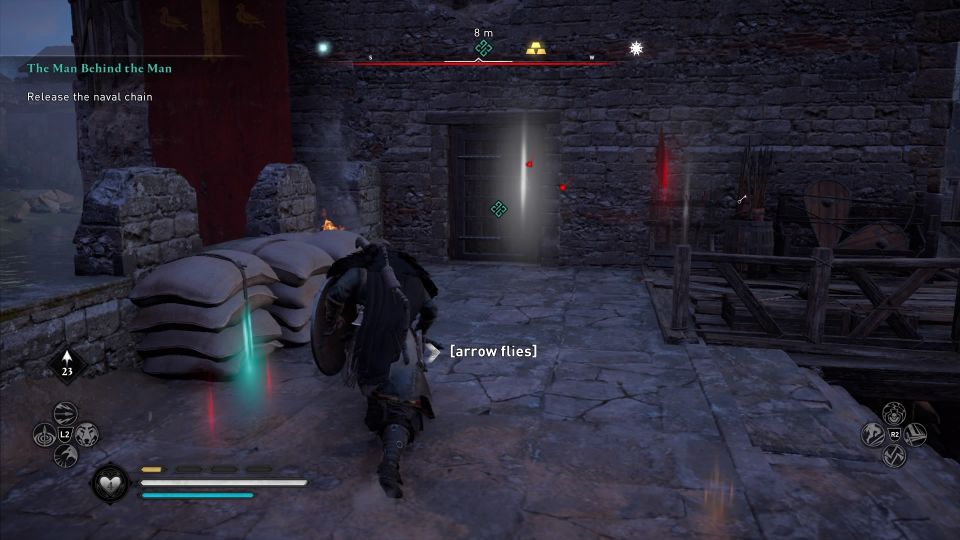 To open the locked door, kill the soldier with the key, and loot it from his body. 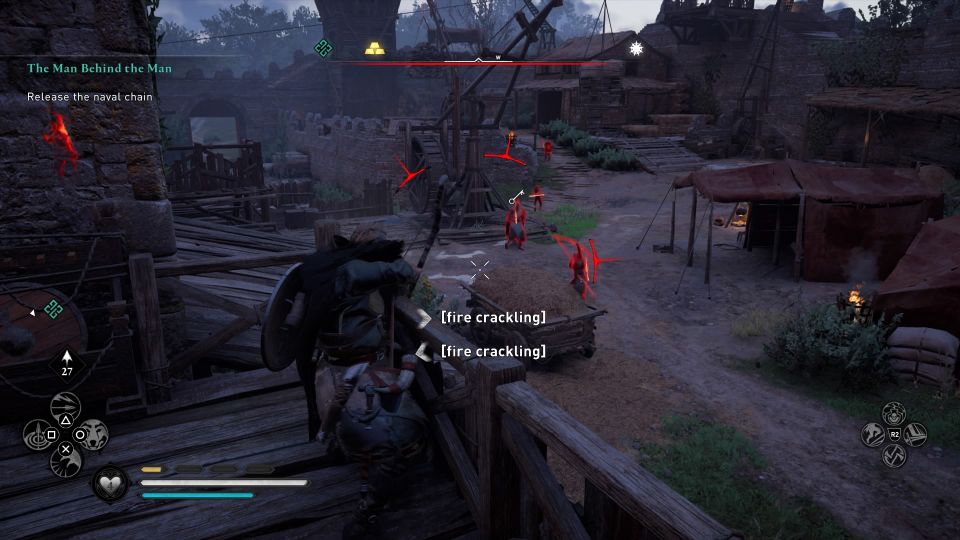 Once you unlock the door, enter the tower and you’ll be able to shoot the barred door to unlock it. 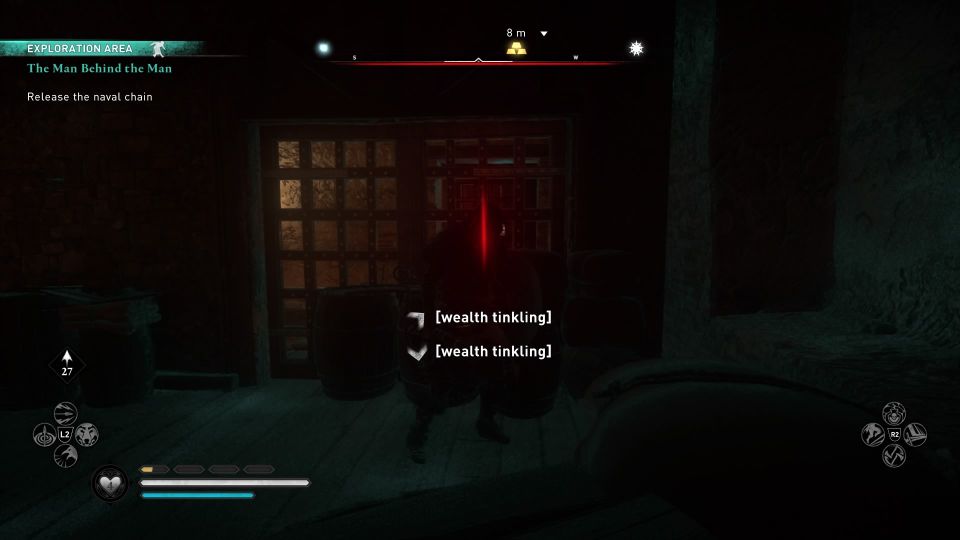 Get out of the tower and enter through the unbarred door.

Inside, you’ll find a path downwards. Go down. 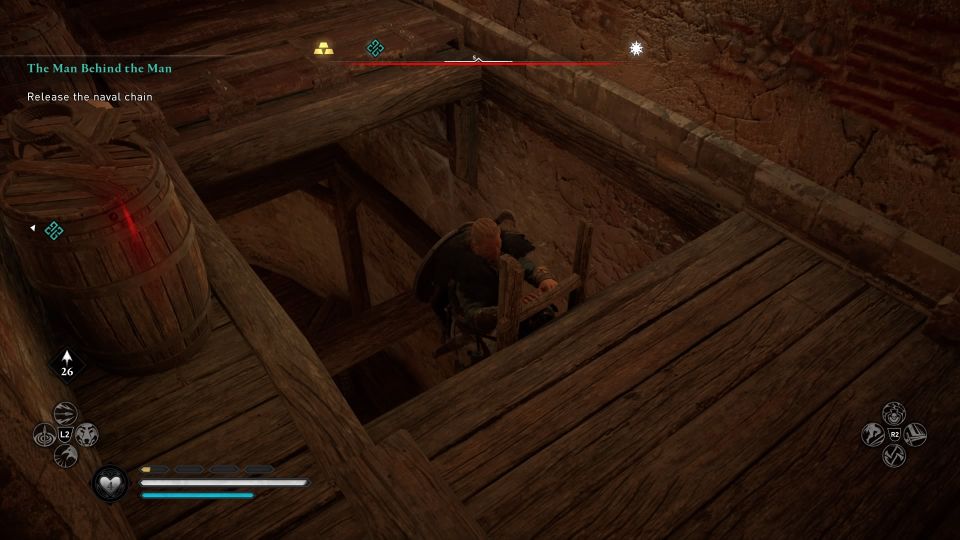 You will then see the naval chain mechanism. Shoot the two links and the chain will drop.

Next, head to your allies’ location.

Talk to the Norse warrior to begin.

You’ll be given an option to start the assault.

After starting the battle, your first objective is to breach the gate. You can do it with them or you can just clear the enemies while they charge against the gate.

Once the gate is down, enter and you’ll need to destroy the burning oil cauldrons.

You will find four cauldrons in the first stop. To destroy them, you can just shoot at the oil jars beside the cauldron. You don’t need to sabotage them.

After getting rid of the first four, there are another four cauldrons ahead.

If you encounter a bug where the fire doesn’t stop burning and the ram doesn’t move, you have to move it yourself.

Next, you have to lower the drawbridge. Shoot at the links holding the bridge.

Apart from that, you may also want to kill some of the archers above. There are oil jars beside them.

Once the drawbridge is down, breach the gate.

Tedmund is at the tower’s rooftop. You need to find your way in.

One way is to enter the tower through the bottom and follow the stairs up. There are guards in each level.

When you reach a dead end, you’ll see a movable shelf.

Move it away and go out.

Break the weak wooden door and continue up.

Tedmund is a fairly easy fight. Just parry his attacks and defeat him.

During the cutscene, Tedmund dies from poison and Cynebert is left clueless.

Finally, talk to Geadric to fulfil his oath. The quest ends here.