Barren Temple is one of the areas you have to explore in NieR Replicant version 1.22.

Your objective is to look for the prince who has gone missing from Facade.

Here’s a walkthrough and guide on the Barren Temple puzzles in NieR Replicant.

The first room is the one on the left if not mistaken.

Your objective is to destroy the glowing red cube at the end of the room but you can’t jump or you’ll die.

You just need to move the movable cubes to block the orb attacks. 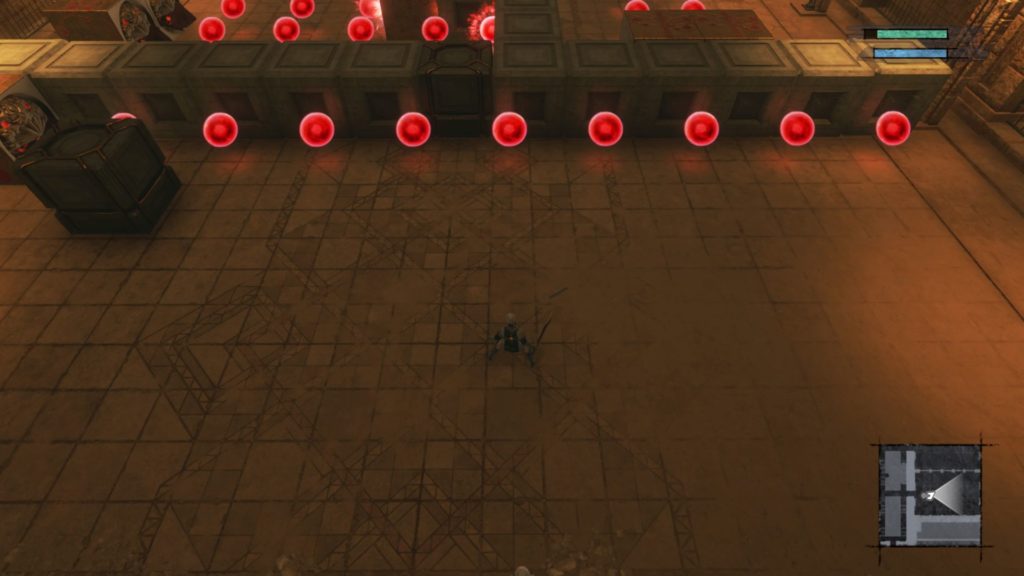 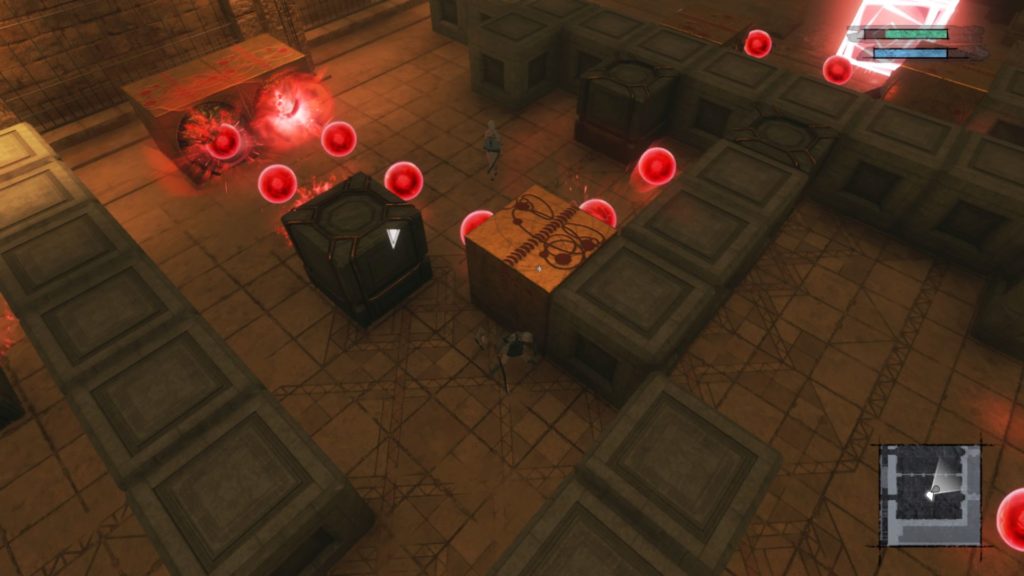 Once you’re done, head to the next available door. 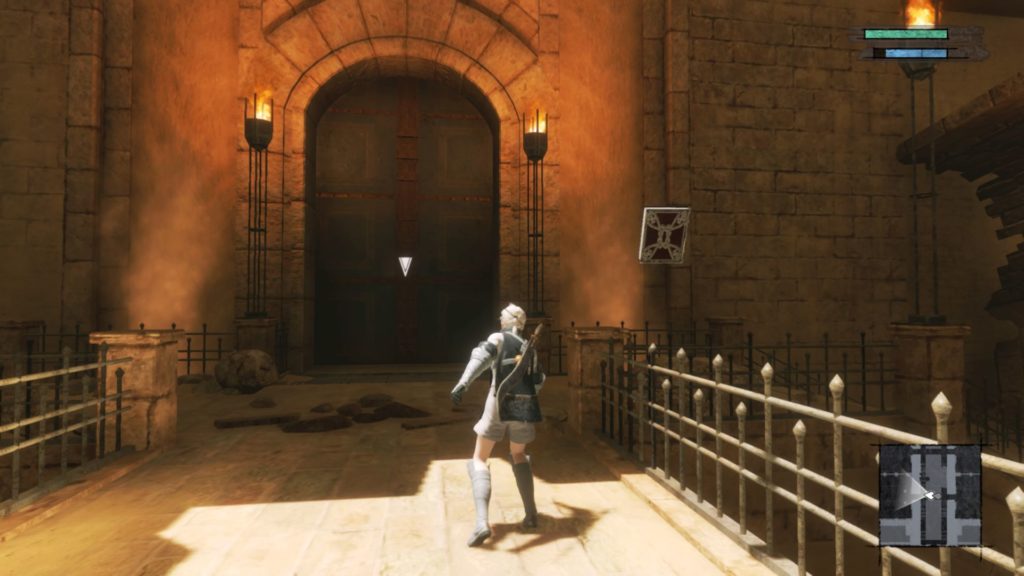 For the next puzzle, the cubes are moving. You just have to run to the end and dodge the red orbs. Destroy the glowing cube. 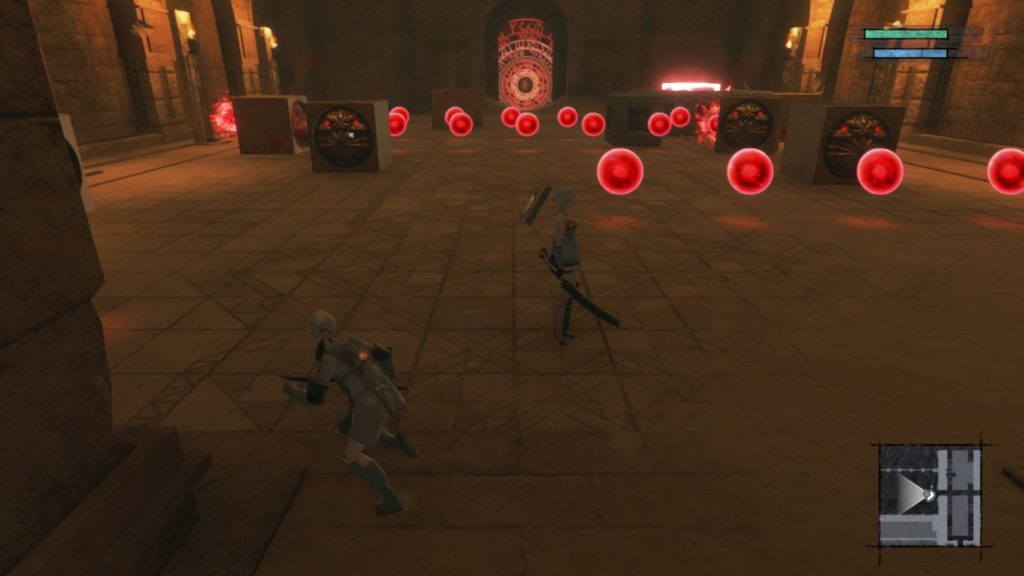 Go through the next door. Here, just move towards the left to get to the next room. 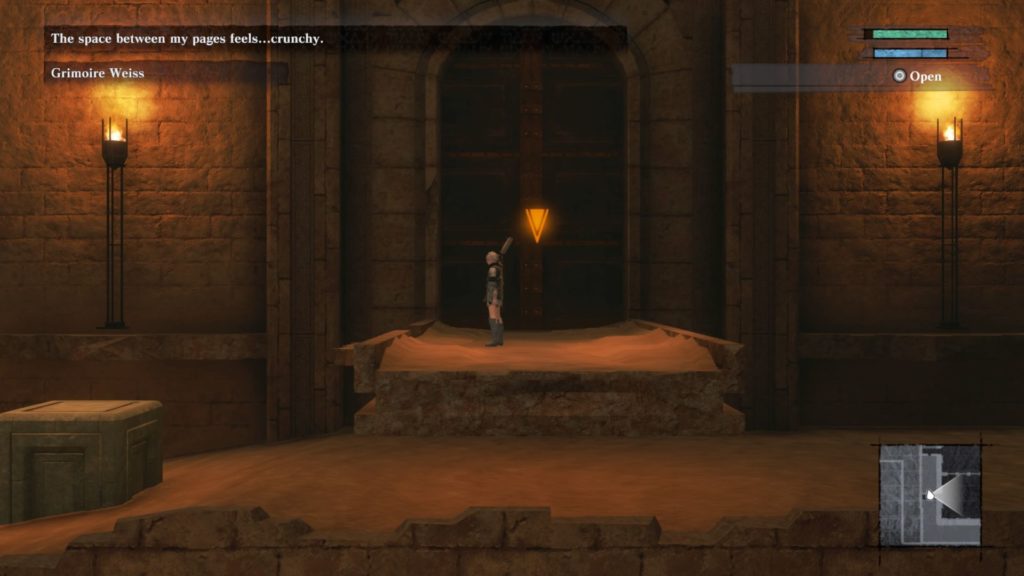 For the third puzzle, there are 3 conditions. You can’t walk/run, dodge or use any magic. You will die if you do any of the items listed. 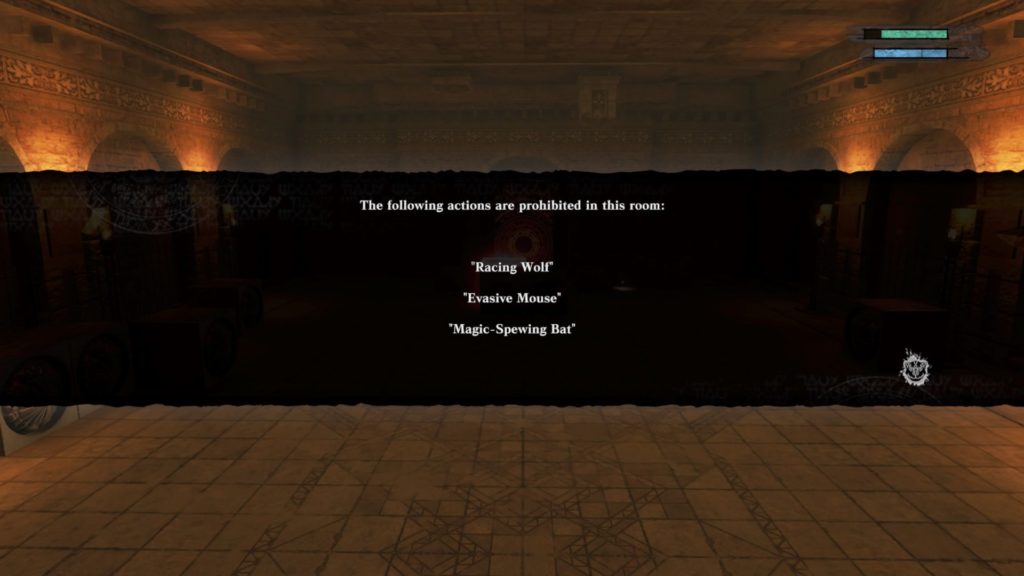 To solve this puzzle, you have to jump first and then move.

You can jump, push forward and double jump to cover a larger space. 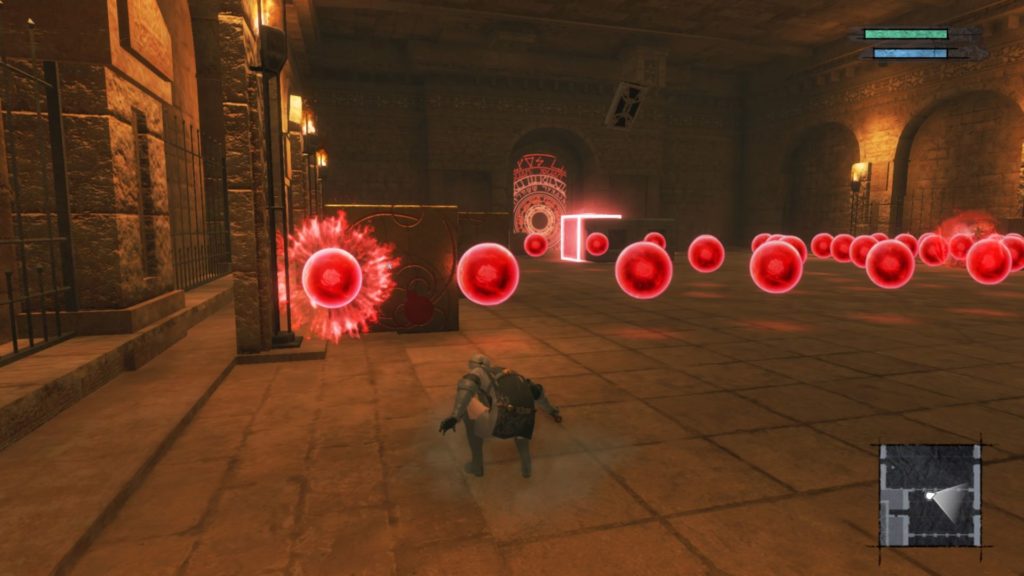 For the fourth puzzle, you can’t use magic and you probably can’t block. 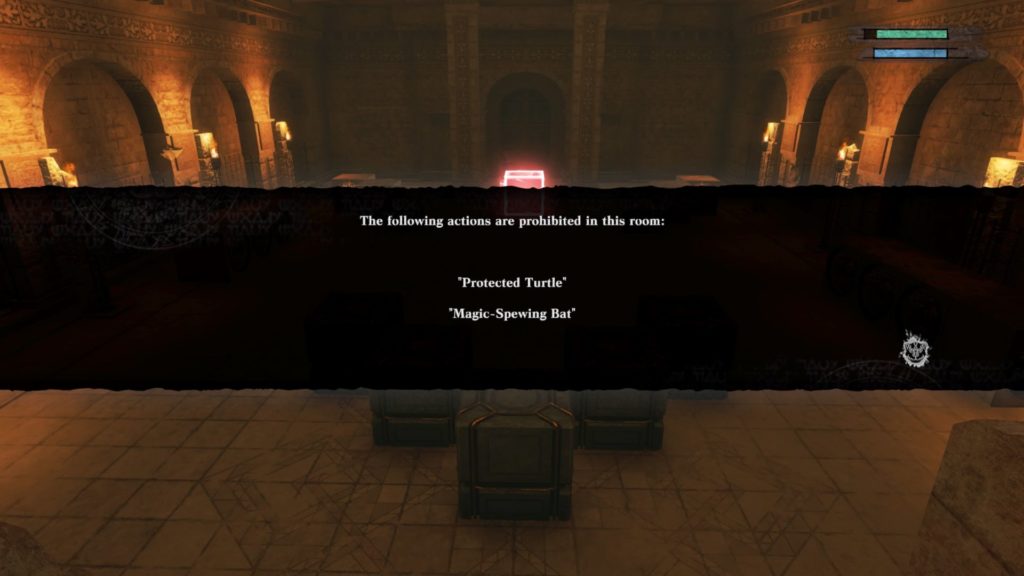 The orbs here are almost continuous but there is a short time frame where they stop.

Move the three movable cubes towards the right in the formation shown below. You’ll now be able to jump on the cubes that shoot orbs.

Head towards the end. The cubes will be destroyed as you stand on them. Time it in a way where you can rush to the end before the orbs from the left side hit you. 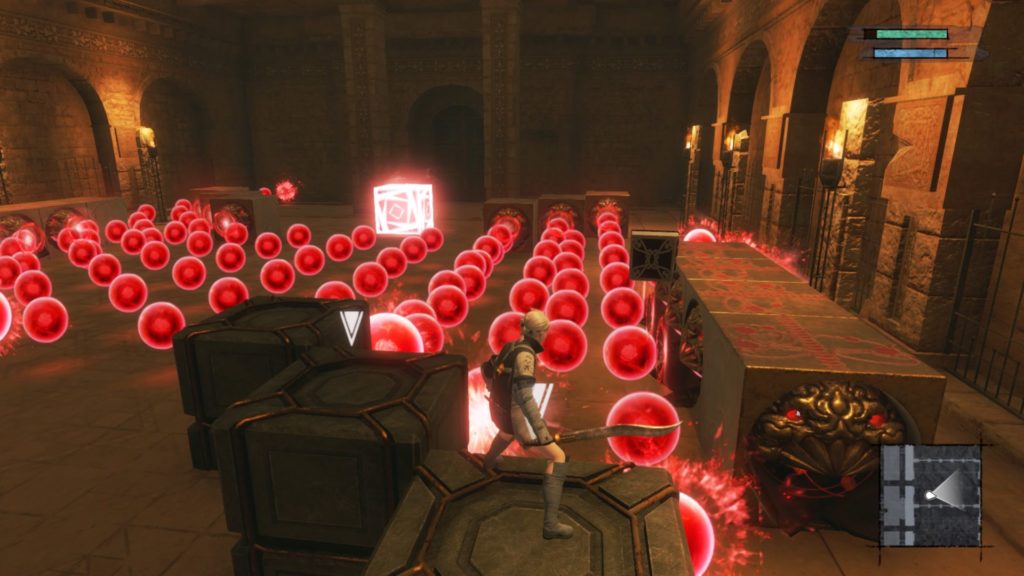 For the fifth puzzle, you can’t dodge and use magic. 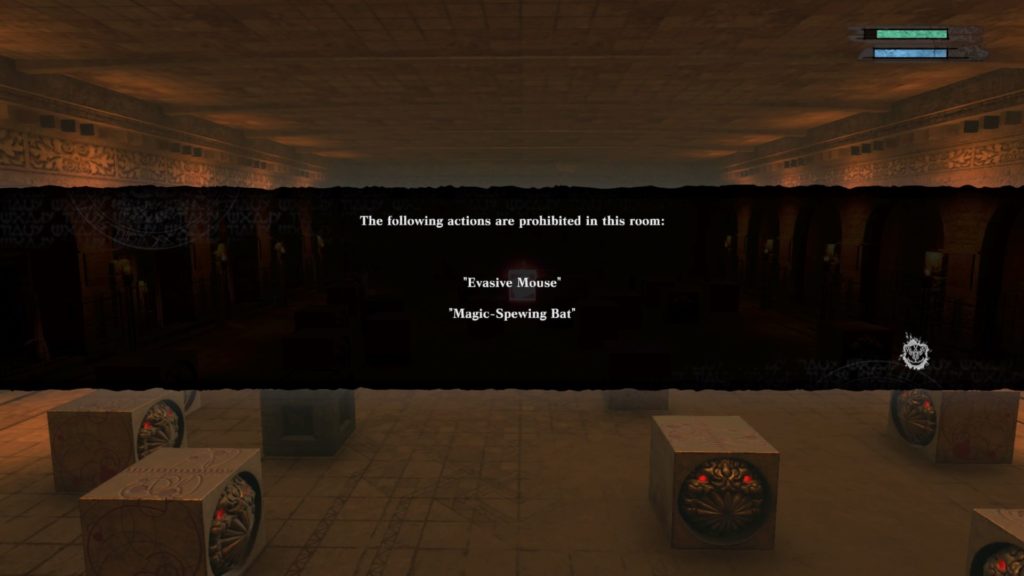 As soon as the room starts, just sprint towards the left as you avoid the orbs. You should be able to outrun the moving cubes. 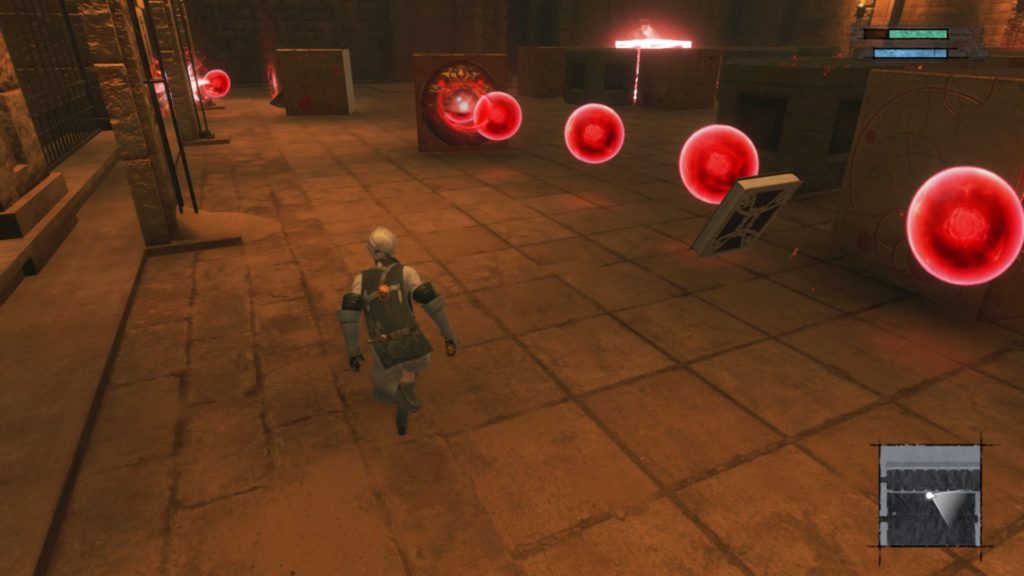 For the sixth puzzle, you probably can’t use a melee weapon.

You just need the Dark Blast skill for this one. Aim at all the glowing cubes and destroy them. 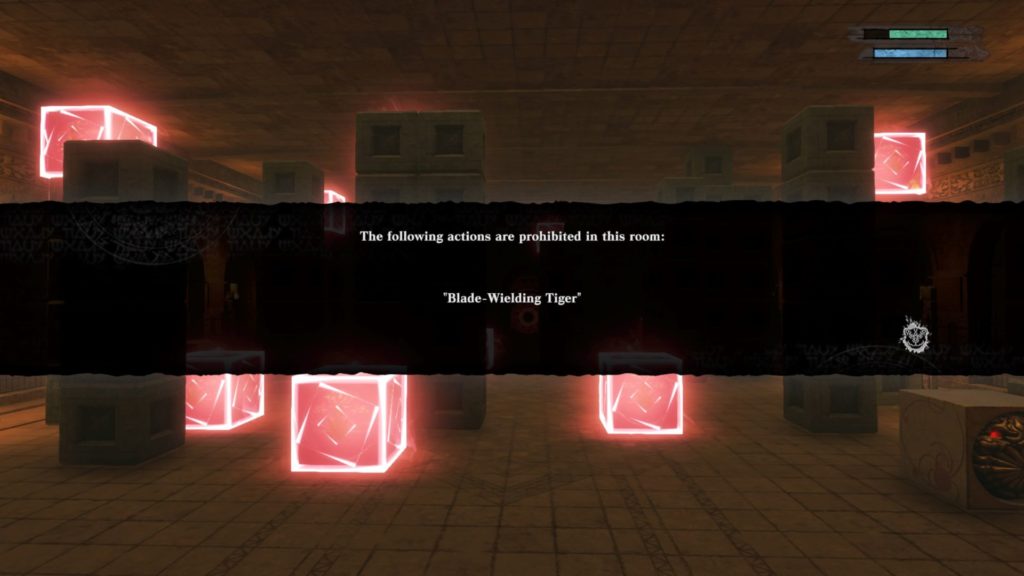 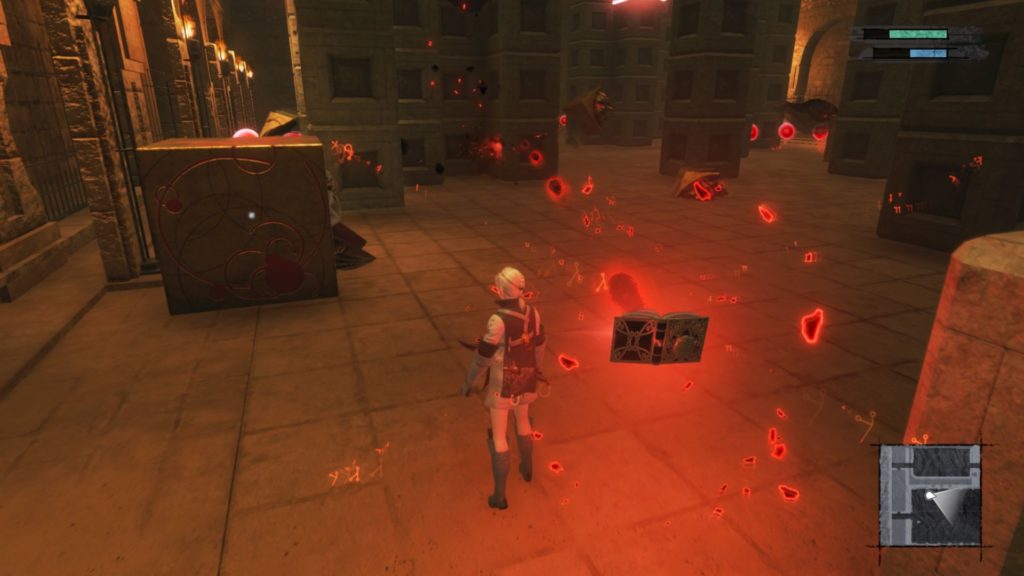 After you’re done, you’ll need to jump towards the left to get to the next room. 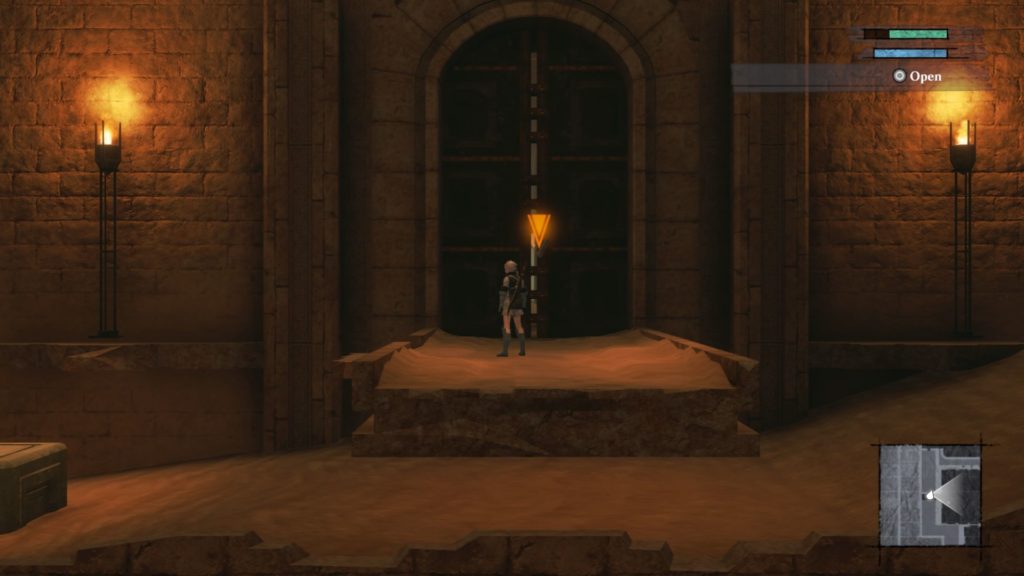 Follow the path and you’ll be led to an outdoor area. Head towards the big door. 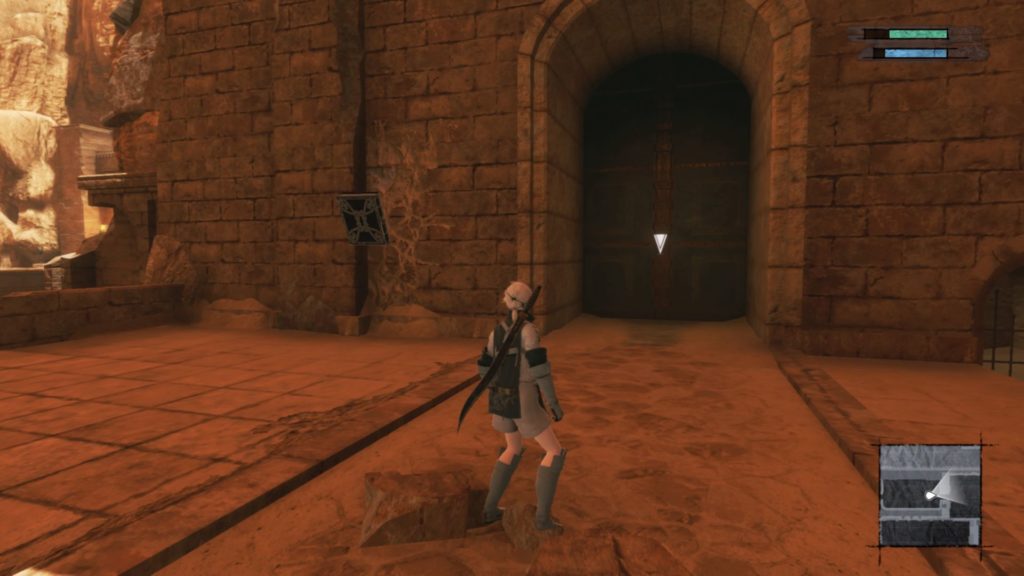 Inside, Shades will spawn as the room is locked. 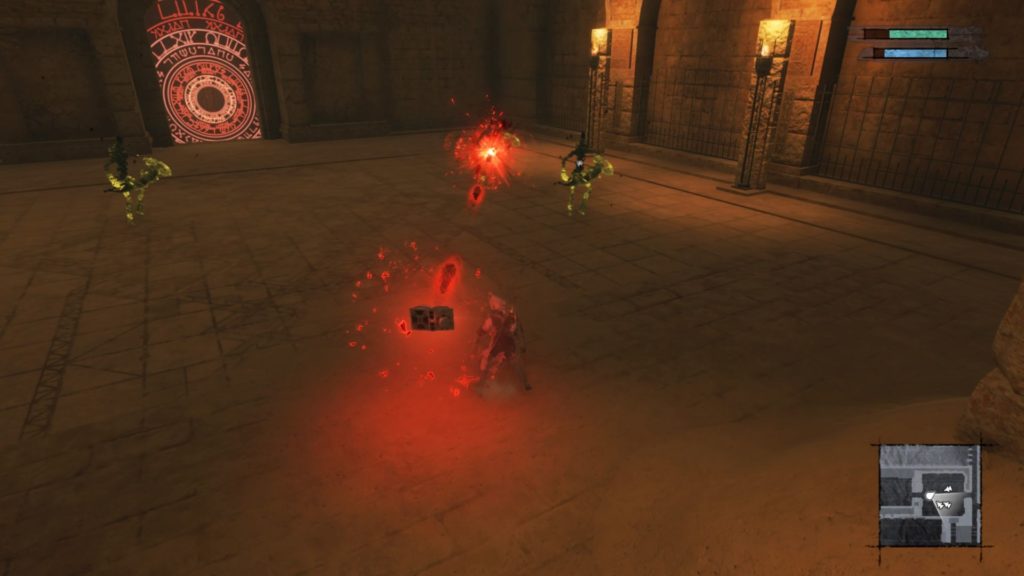 Defeat all the Shades. A bigger Shade will spawn after the small ones are gone. 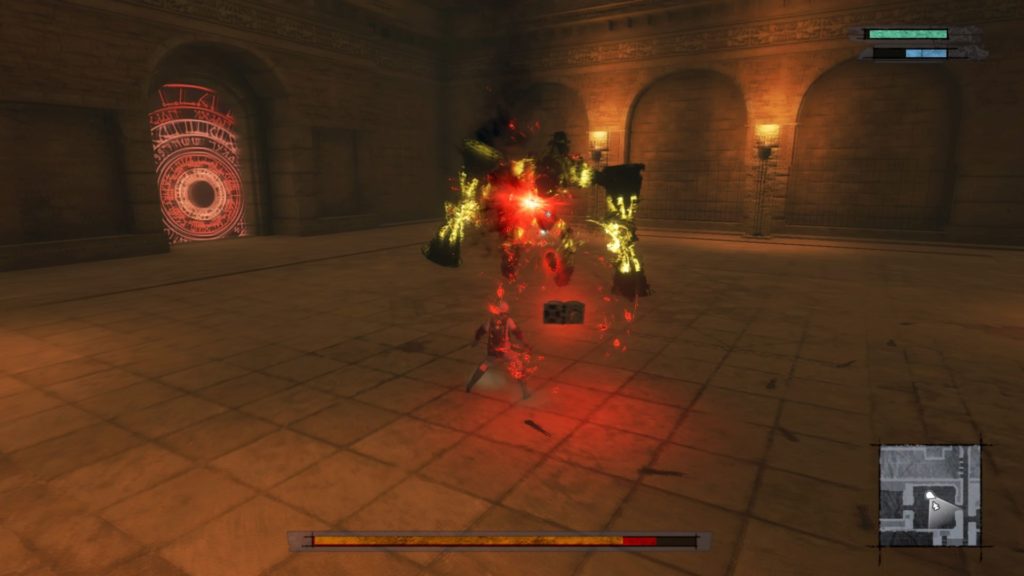 Now, just use the bridge to get to the end. 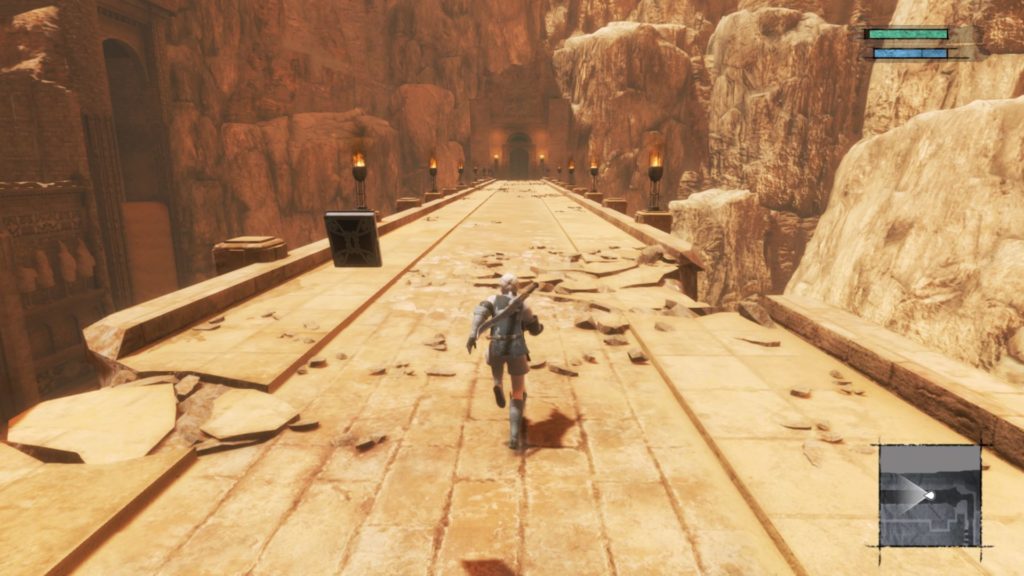 You will meet the boss which is quite straightforward. Just use Dark Blast and attack the glowing cubes.

The blue ones will have no effect. Only target the red cubes. 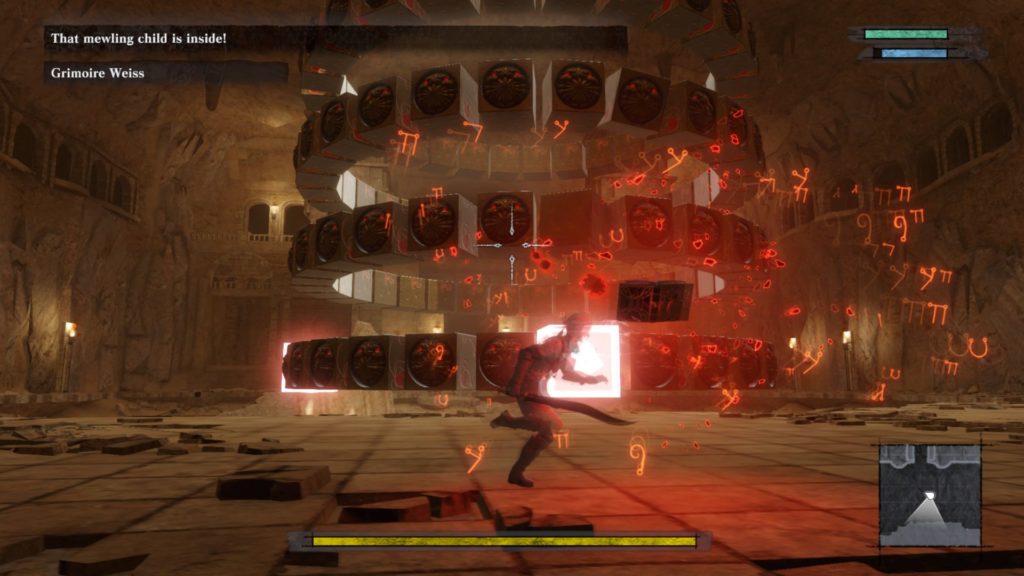 Once you’re done with the 1st stage, you’ll have to dodge the attacks by the boss’ new form. 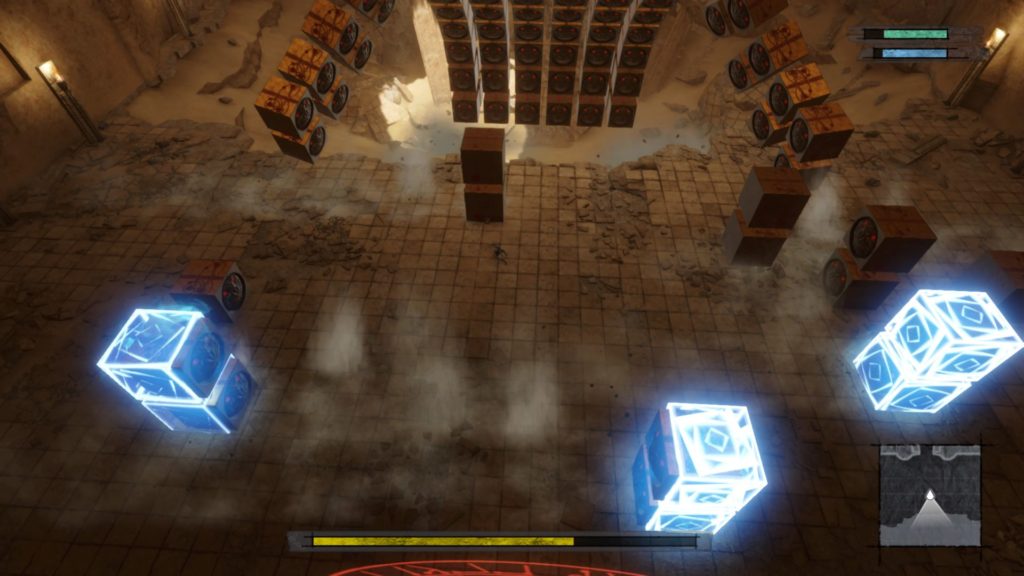 Then, wait for the boss to attack the ground. The “fist” will turn into glowing red for a short moment. Attack the red cubes. 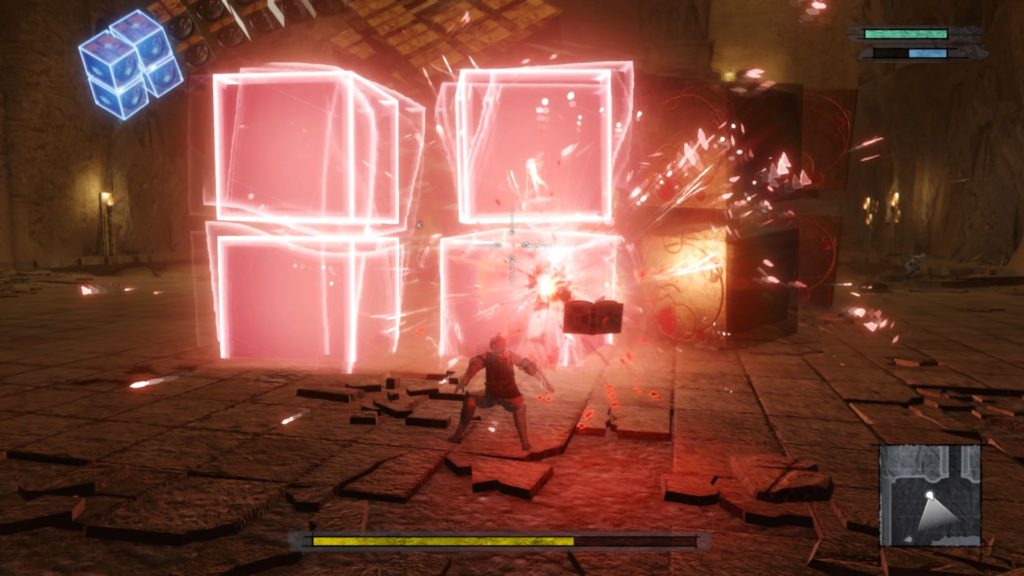 After destroying both “fists”, the boss will change shape again.

Like before, only aim at the red glowing cubes. 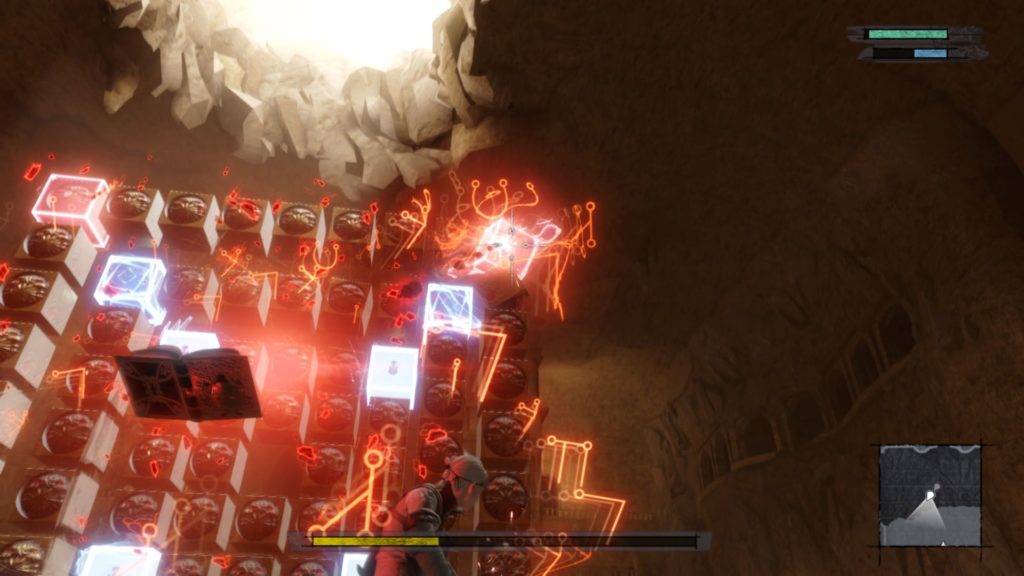 After defeating the boss, you’ll end up in Facade. Here, you’ll be given a new weapon by the prince. 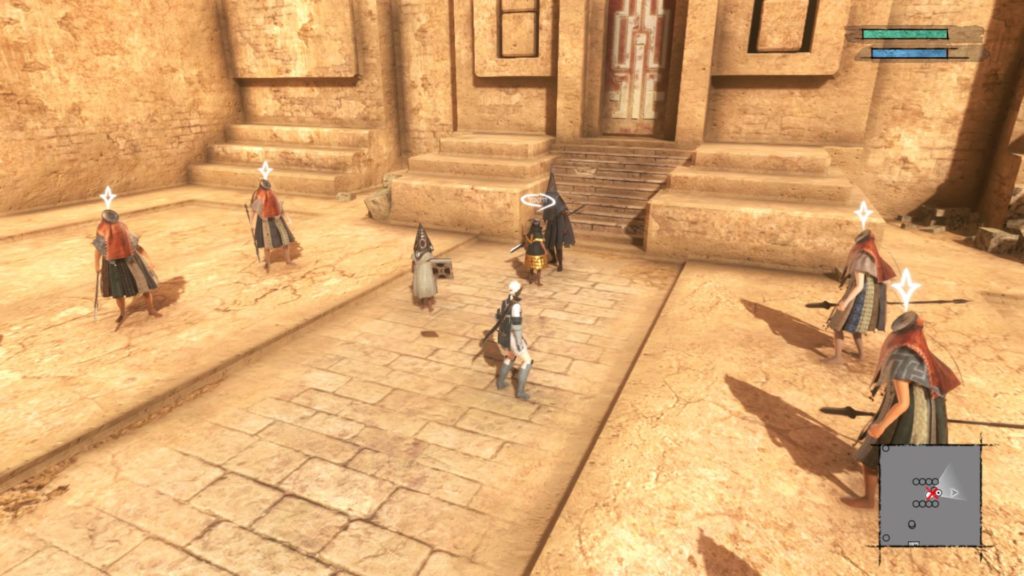 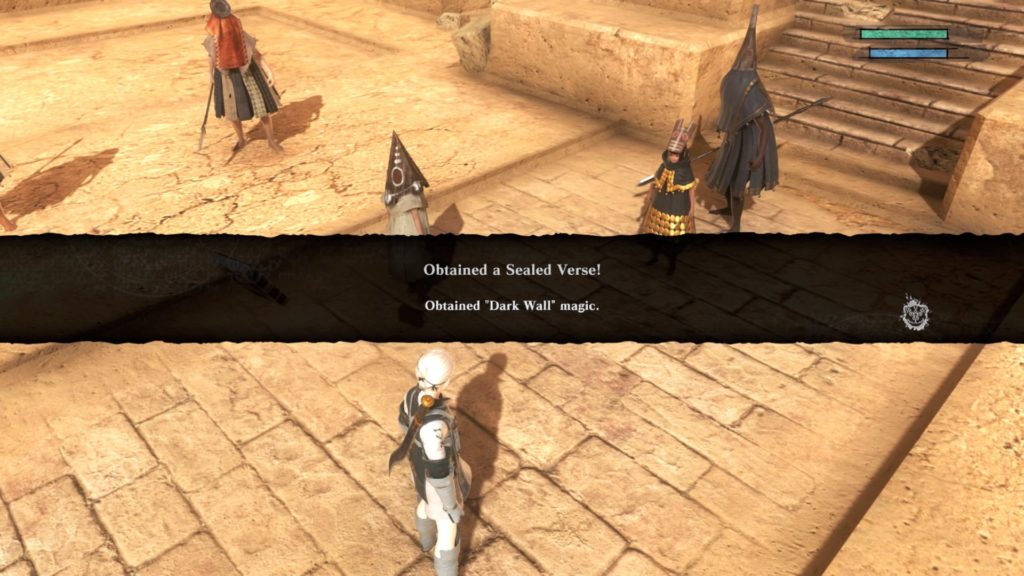 NieR Replicant: Find The Mother In The Junk Heap Walkthrough