The Damaged Map is a side quest involving treasure hunting in NieR Replicant version 1.22.

Your objective is to help the blacksmith find for a treasure map and later help to retrieve it.

Here’s a walkthrough of The Damaged Map in NieR Replicant. 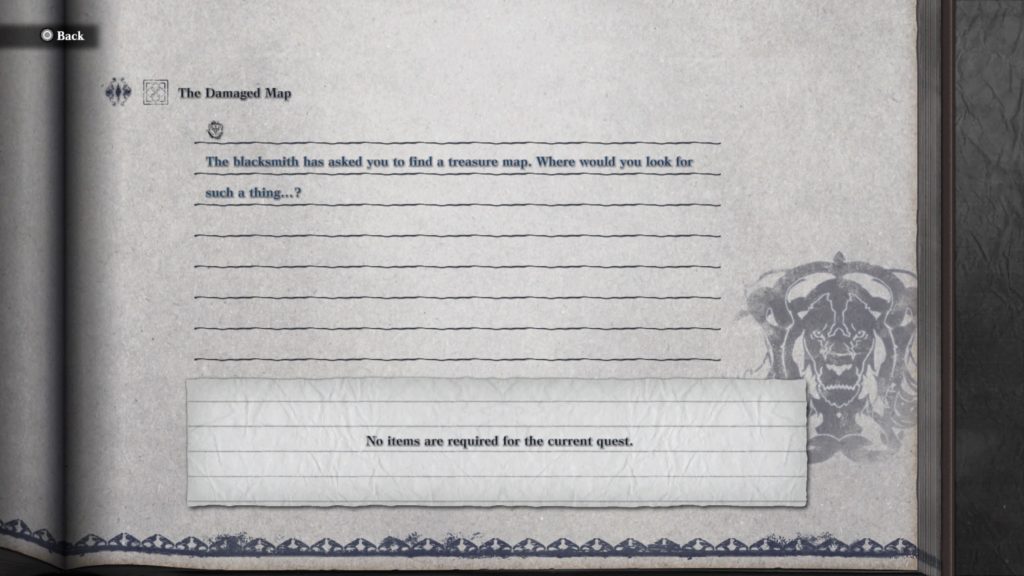 Look for the treasure map

After talking to the blacksmith, head to the library.

Look for the treasure map which is located on the upper floor of the library as shown in the image below. 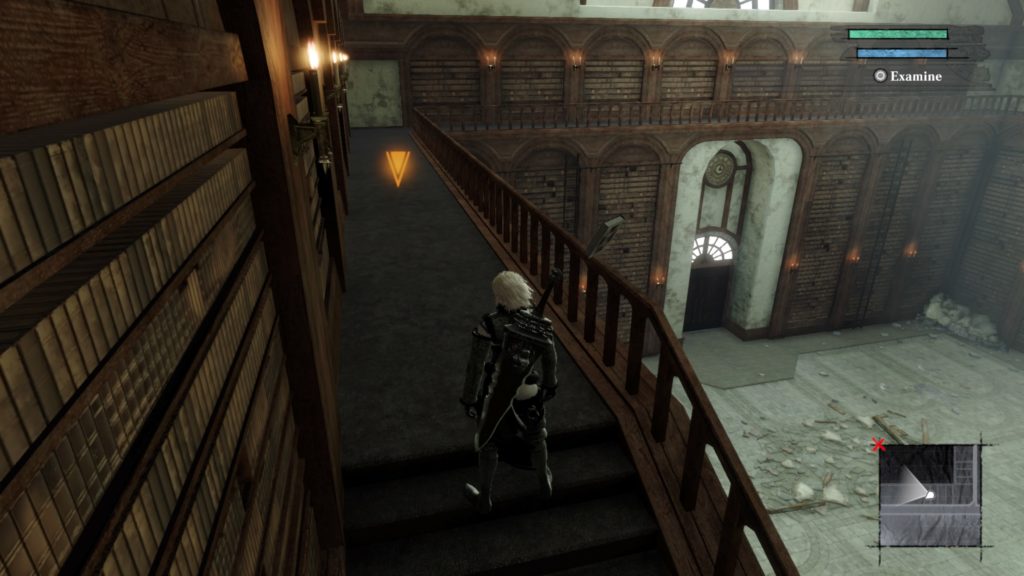 Talk to the Strange-Thing shopkeeper

As the map is damaged, head to Facade.

Talk to the Strange-Thing shopkeeper to repair the map.

You’ll be asked to find 3 drops of machine oil, 3 eggplants and 3 goat hides.

Eggplants can be bought from grocery stores while goat hides can be obtained from goats in the northern plains.

As for machine oil, you have to farm it at the Junk Heap from flying robots. 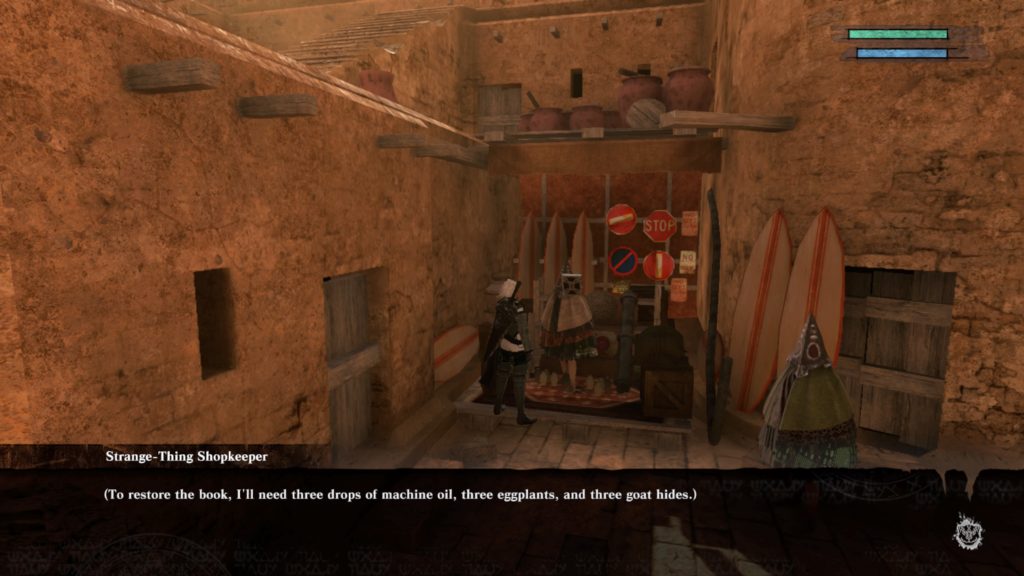 Return to the blacksmith. You’ll find that he is not around but his wife is.

His wife will then ask you to find the treasure yourself. 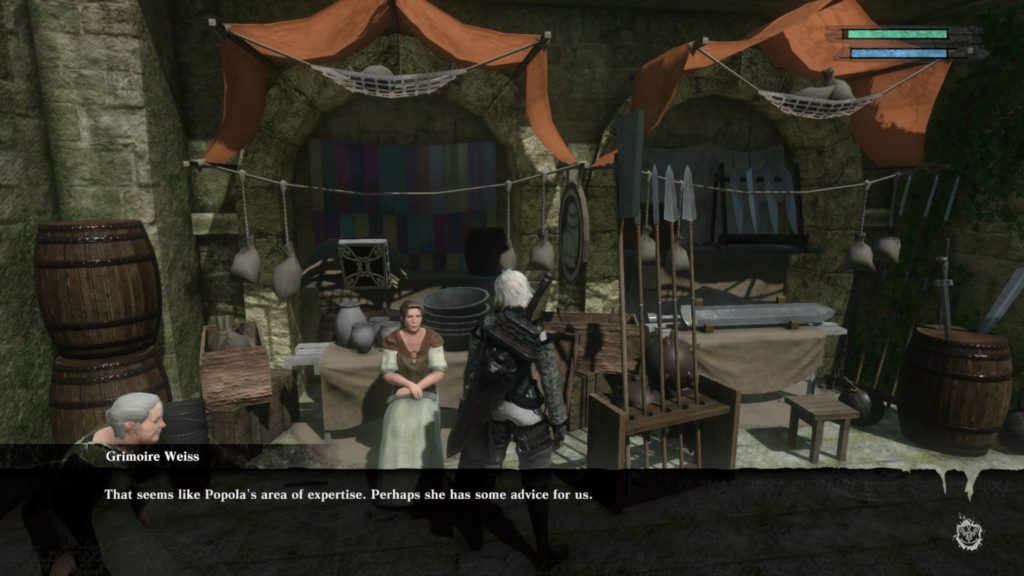 Talk to Popola at the library and you’ll be told that the treasure is in the Lost Shrine. 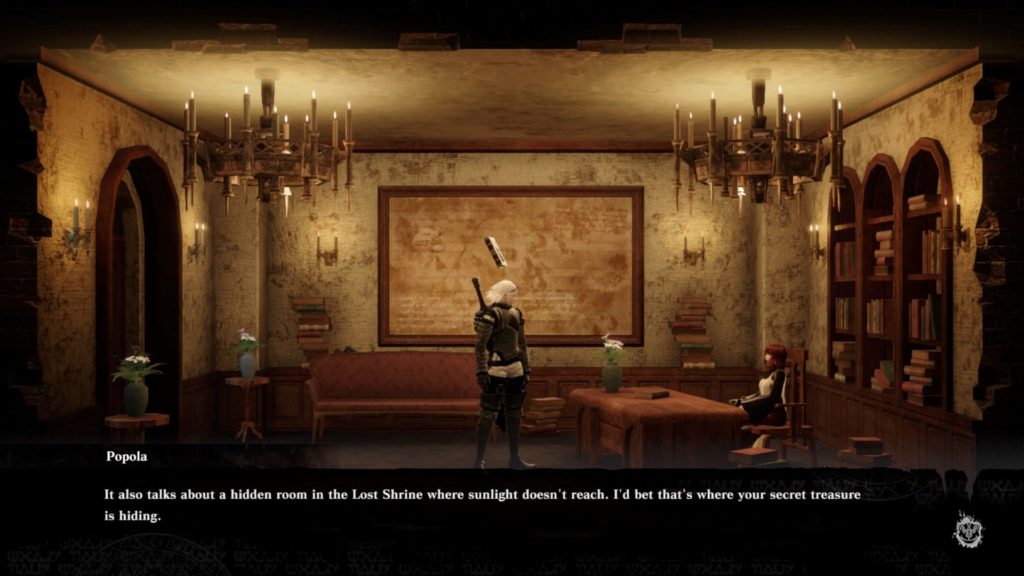 Location of the treasure

Enter the Lost Shrine. Head to the second floor.

The location of the “treasure” is shown in the map below, marked by the player location in white.

It’s towards the back of the area. 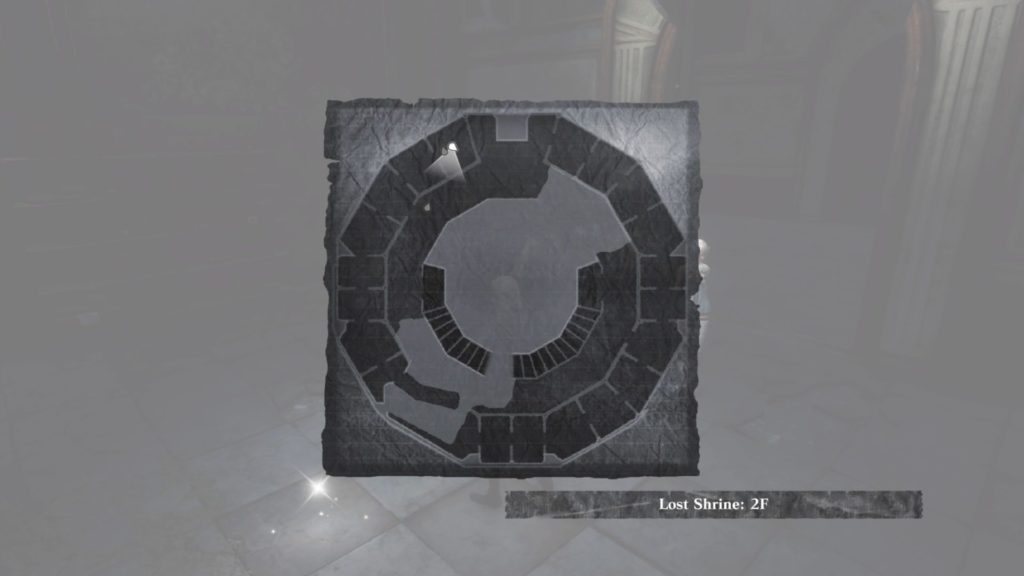 Pick the item up and you’ll realize that it’s just junk. 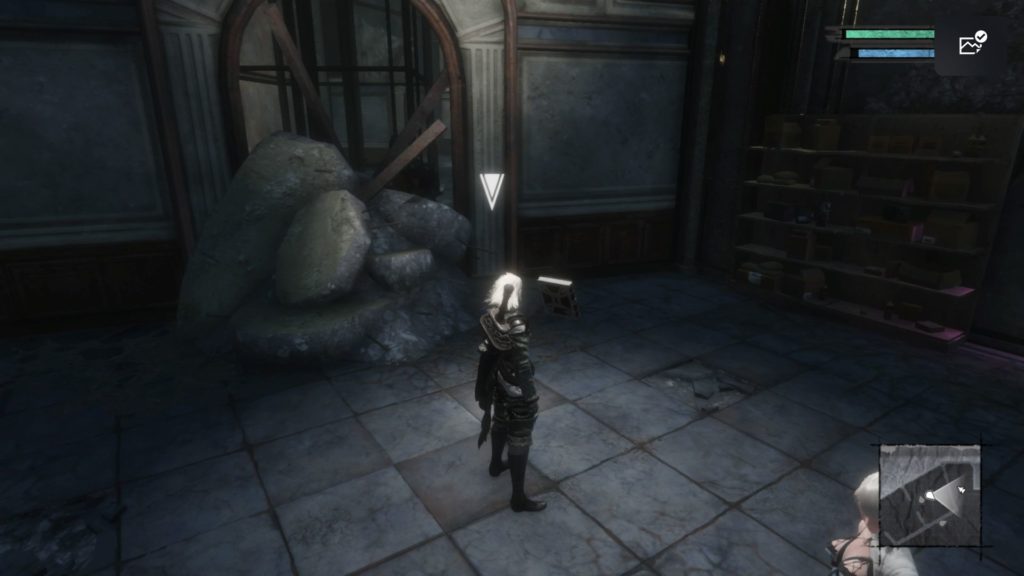 Sell or keep the hair ornament

Return to the blacksmith’s wife. She’ll then offer to sell her hair ornament to bluff her husband, making him think that the treasure was real.

Here, you have to choose between selling the hair ornament and keeping it.

If you sell it, you’ll get gold and that’s the end for this.

If you keep the hair ornament, you’ll get the real treasure map from the blacksmith. The latter option is probably better. 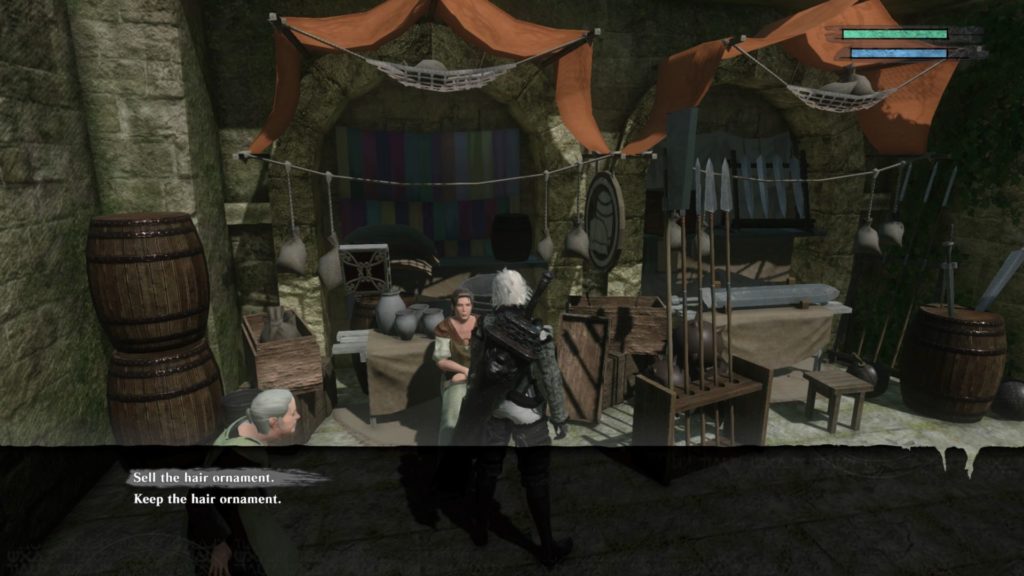 You will get a marked map if you keep the ornament. 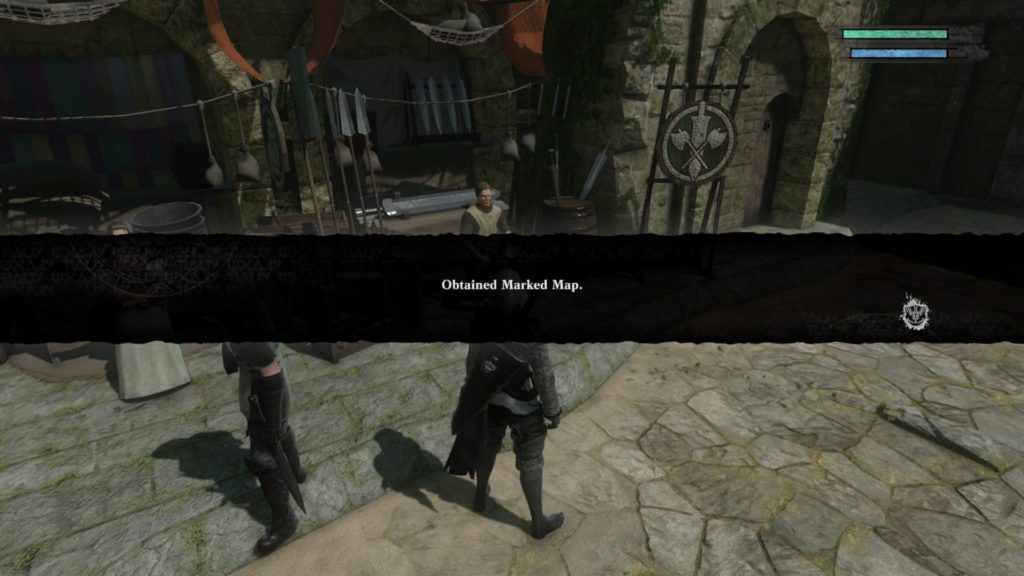 Talk to Popola again and she’ll tell you that the treasure is in the northern plains. 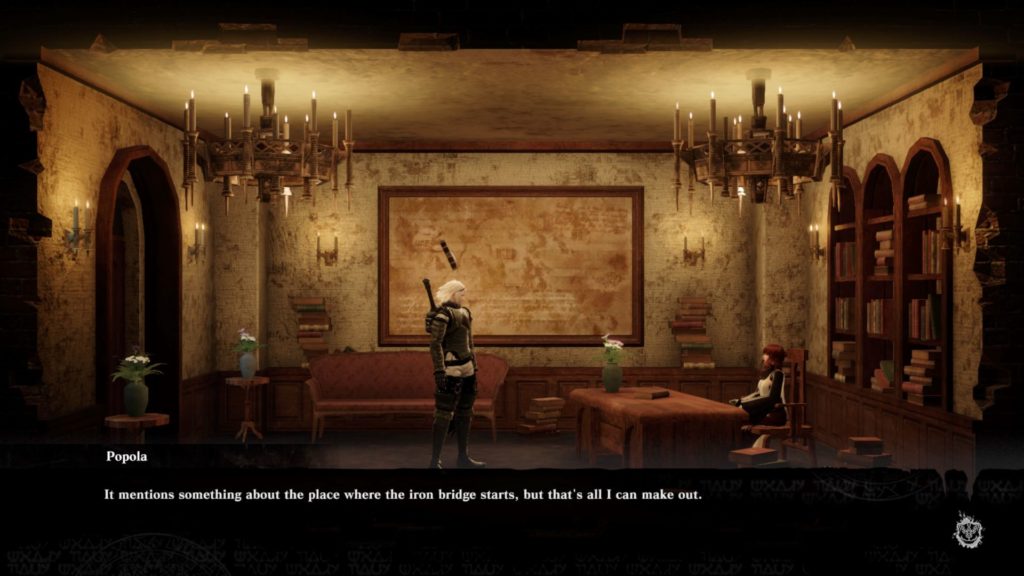 Look for the treasure

Go to the Northern Plains. The location of the treasure is shown in the map below, marked by the player location.

It’s where the steel bridge starts, near the Forest of Myth entrance. 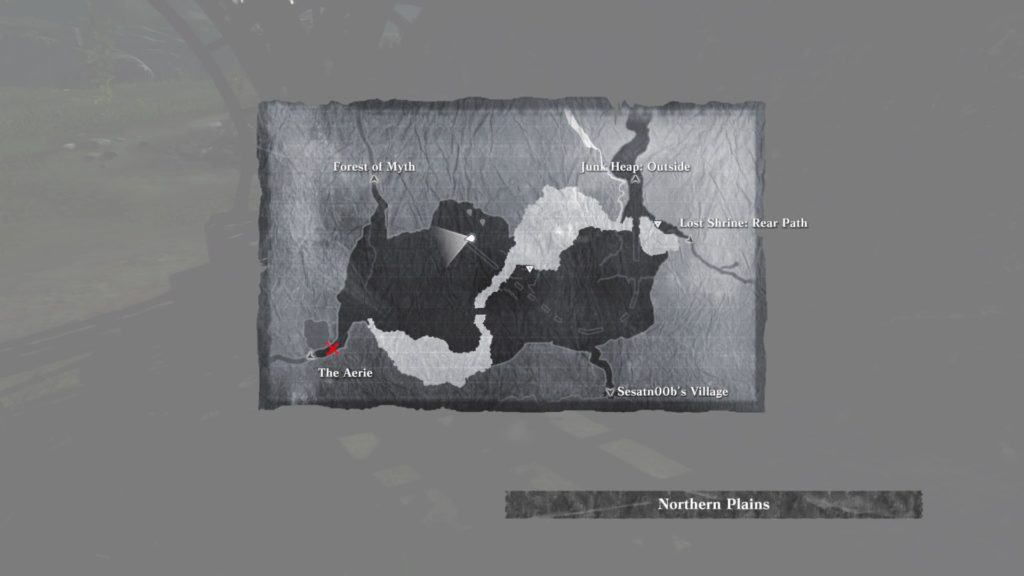 Right under the steel bridge, you’ll get a spear named Labyrinth’s Shout. 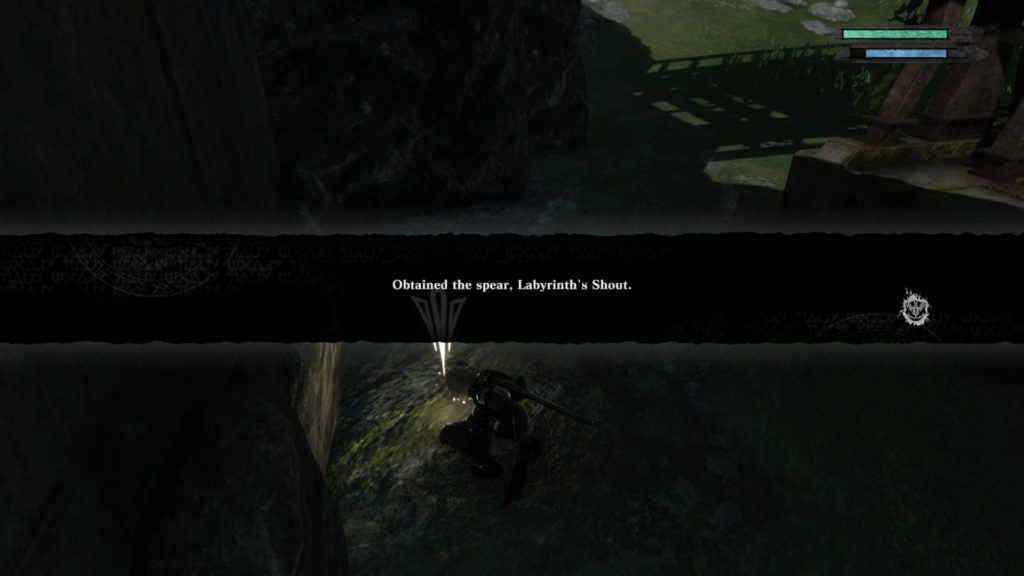 NieR Replicant Version 1.22: How To Exit The Lost Shrine Map