Tallnecks are really tall machines that have been around since the first game Horizon Zero Dawn.

The objective is to hijack / override Tallnecks as they will unlock a big portion of the map’s visibility for you.

Here’s a guide on how to override the Tallneck in Cinnabar Sands in Horizon Forbidden West. 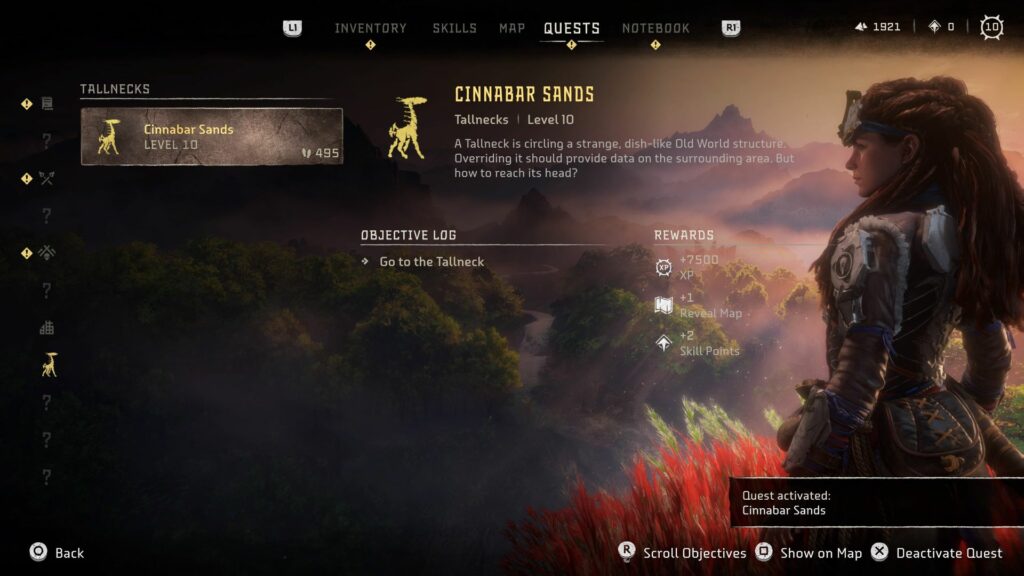 The exact location of the Tallneck in Cinnabar Sands is shown in the map below, marked by the quest symbol. 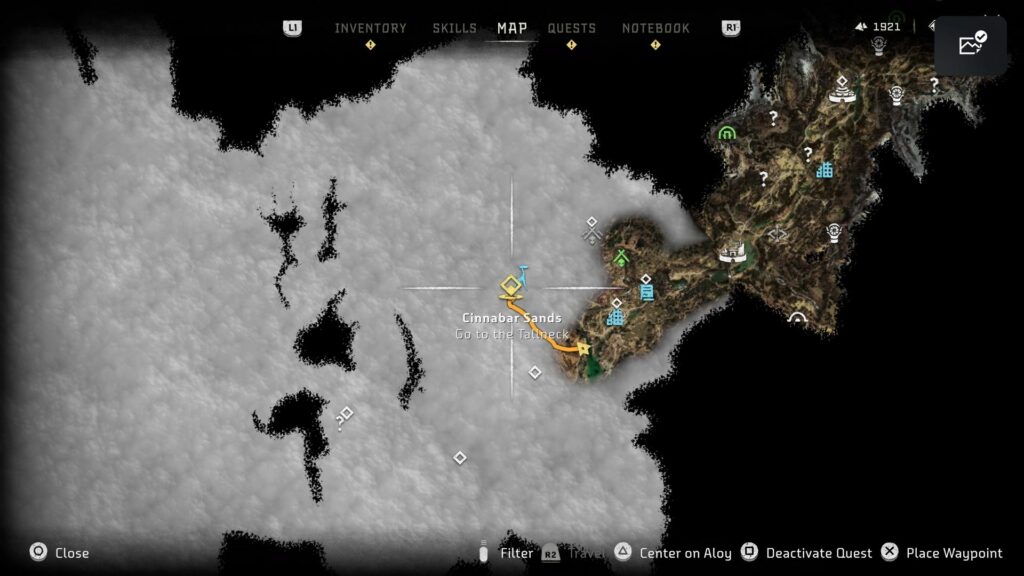 The way to identify a Tallneck signal while using focus is that you’ll see a pulsating purple circle on your screen. 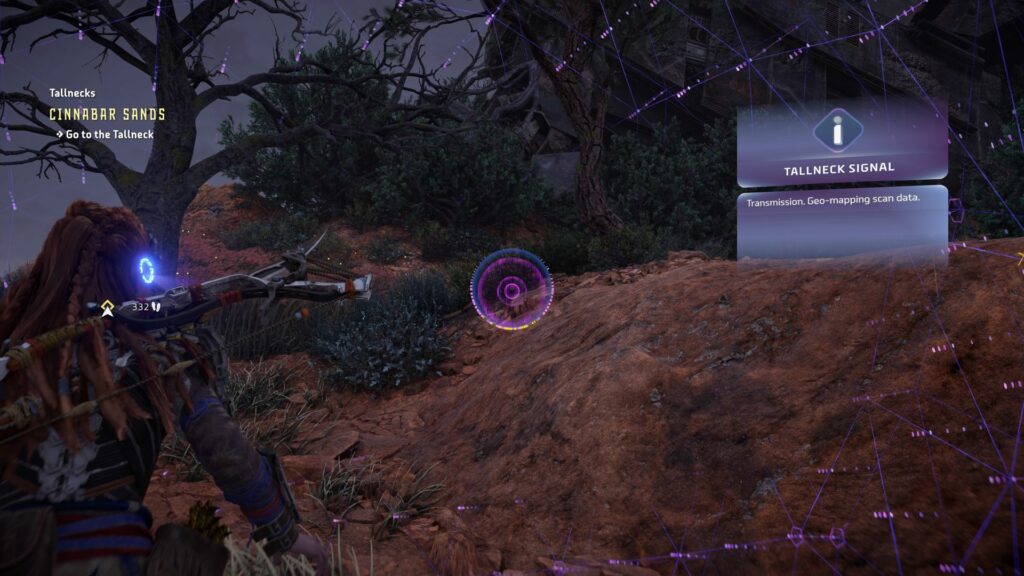 You should be able to spot the Tallneck from far. 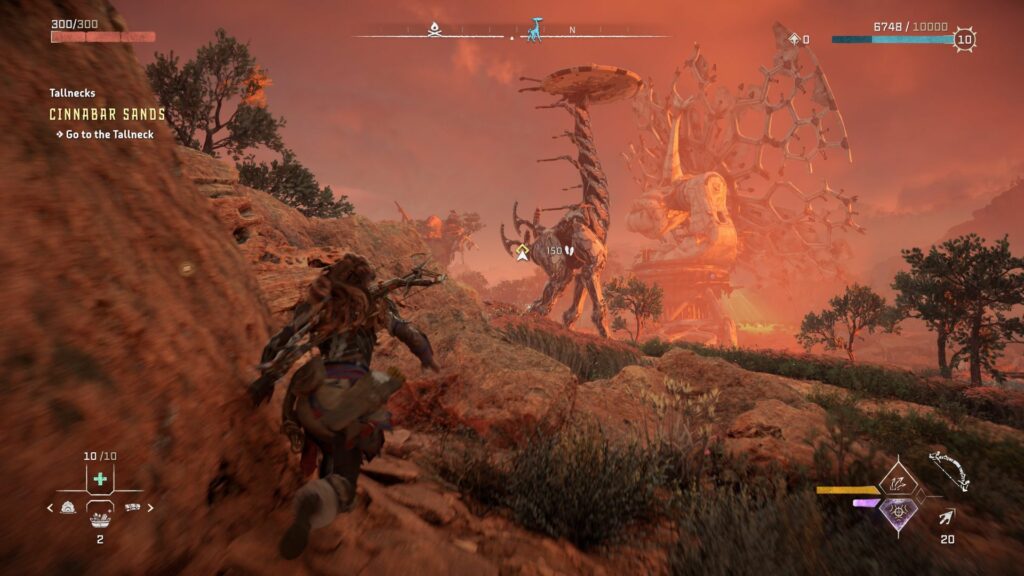 Climb up the Dish

You can’t climb the Tallneck via its legs.

Head to the gigantic satellite dish. Be careful of the machines surrounding it. You may want to take them out first. 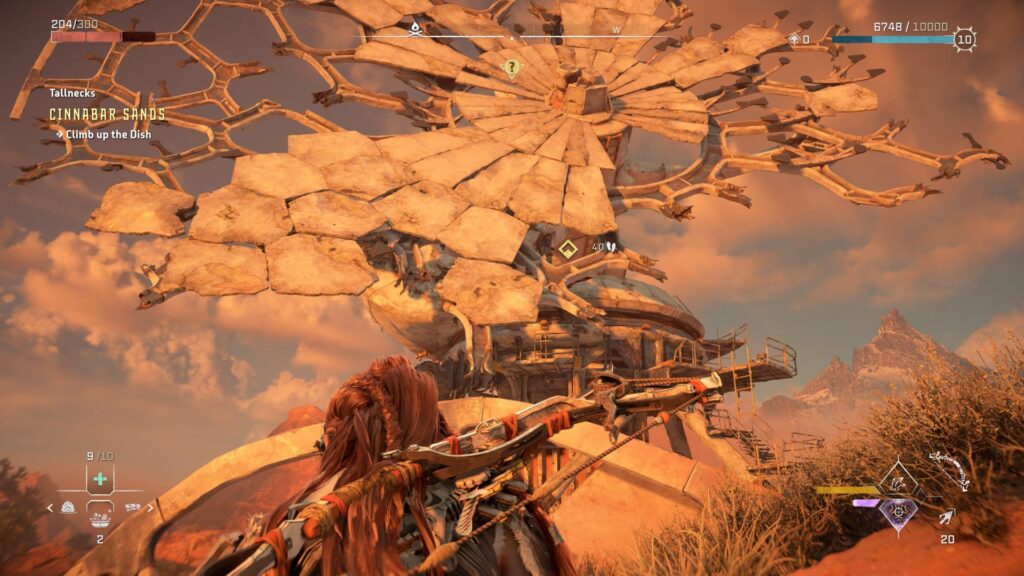 Climb all the way up. 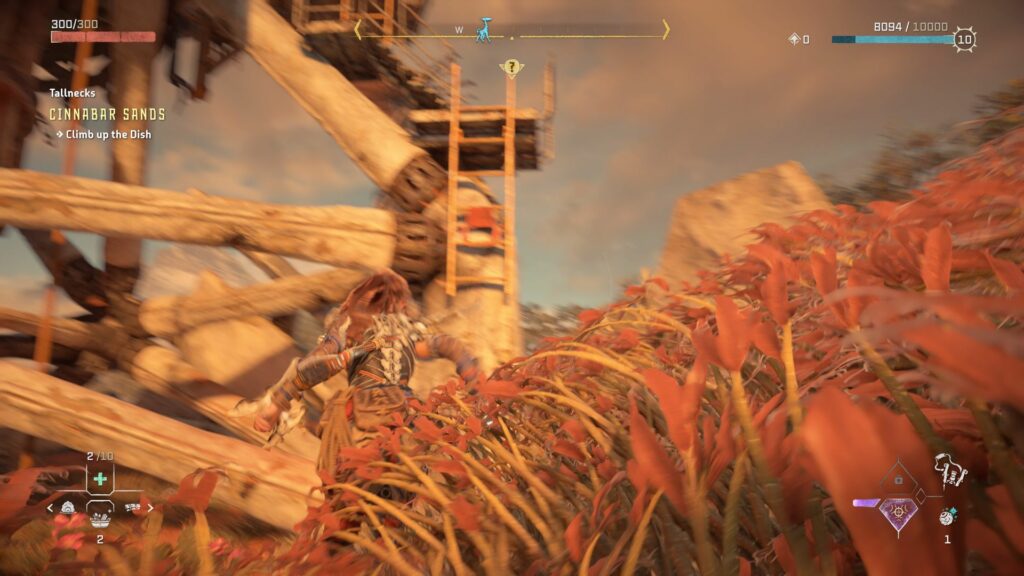 Restore power to the console

Once you’ve reached the top, you’ll realize that you can’t get high enough to reach the Tallneck.

You’ll see another ladder that you can lower.

Go down the ladder and then jump onto the right ledge. Keep moving towards the right side.

You’ll then see a battery you can remove. 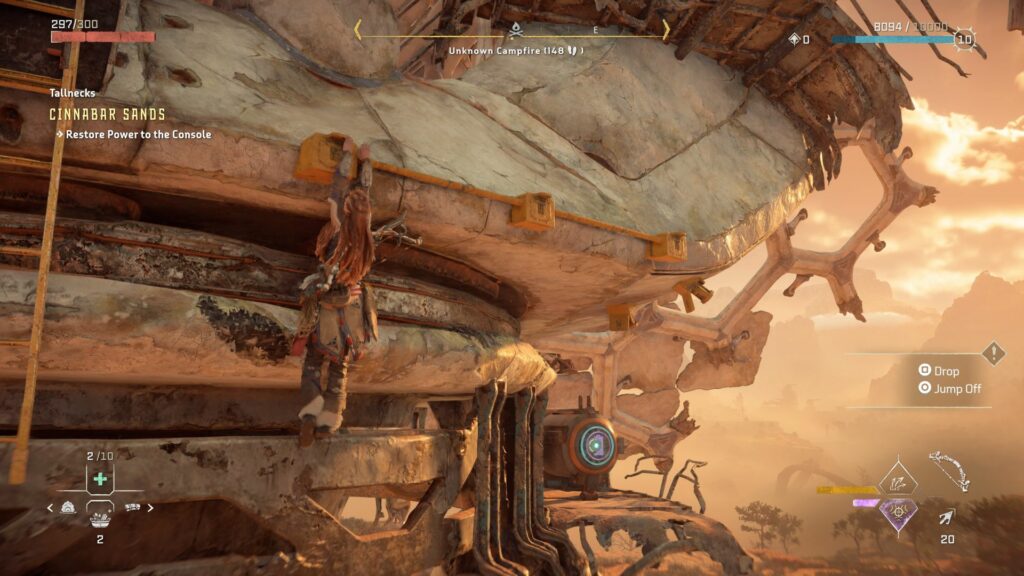 Carry the battery down the Dish and head to the bottom of the Dish.

You’ll see a place you can insert the battery. 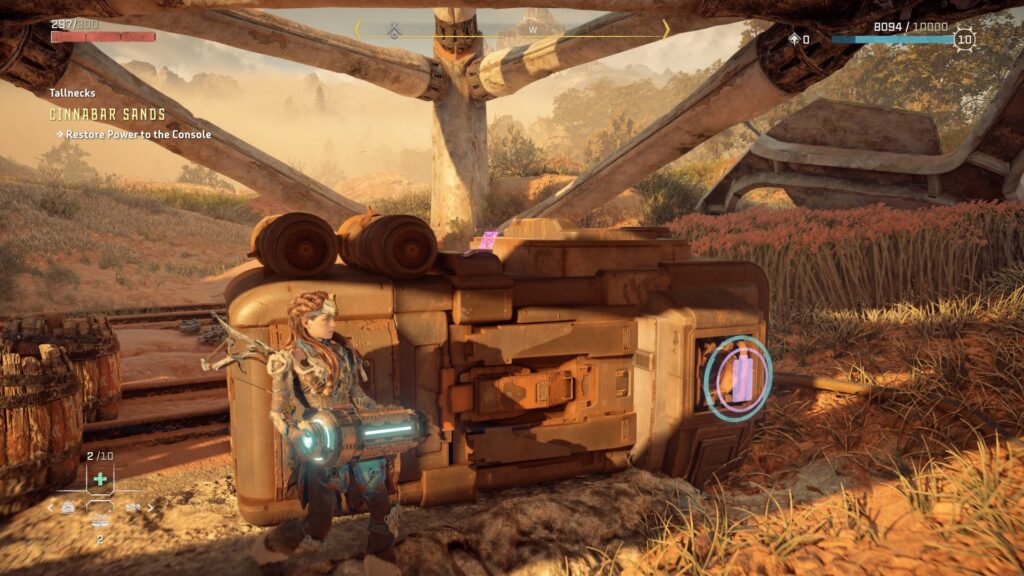 Now, head back up the Dish to activate the console. 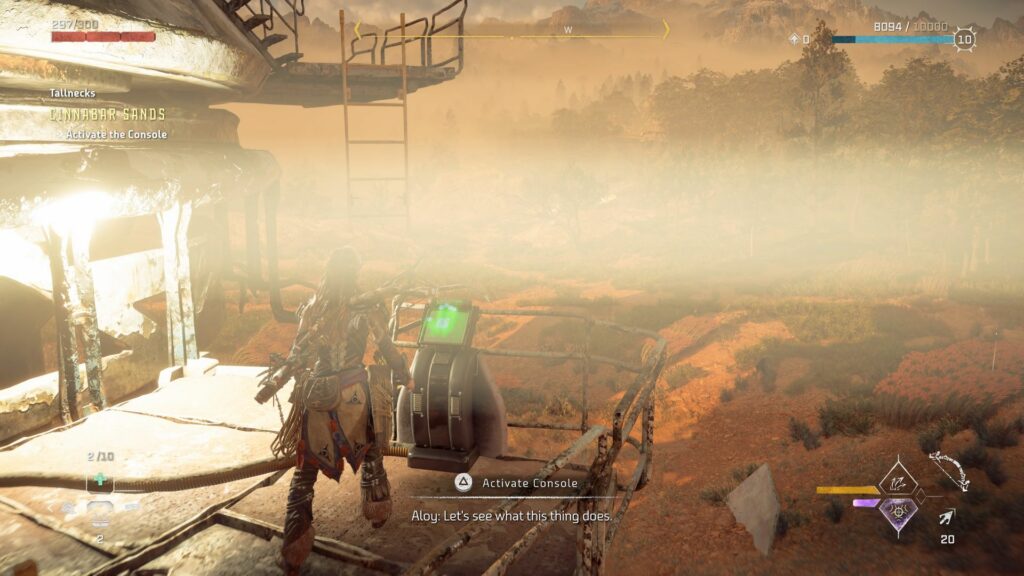 Find a way to untangle the Dish

After the console is activated, climb back up. 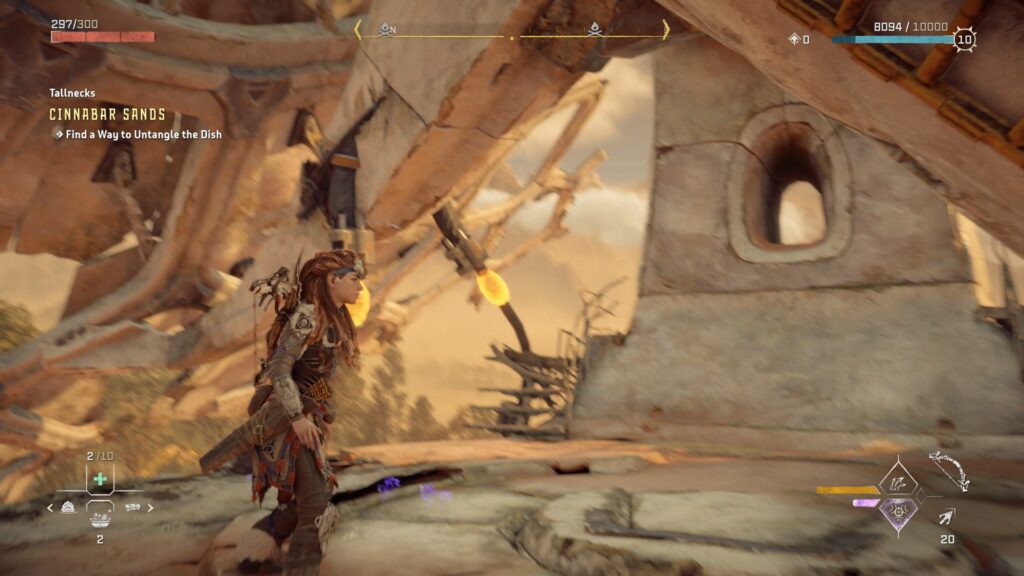 Jump onto the Tallneck

Once the Dish moves, you’ll be able to climb to the top.

From the top, time your jump and use your new glider to glide all the way to the top of the Tallneck. 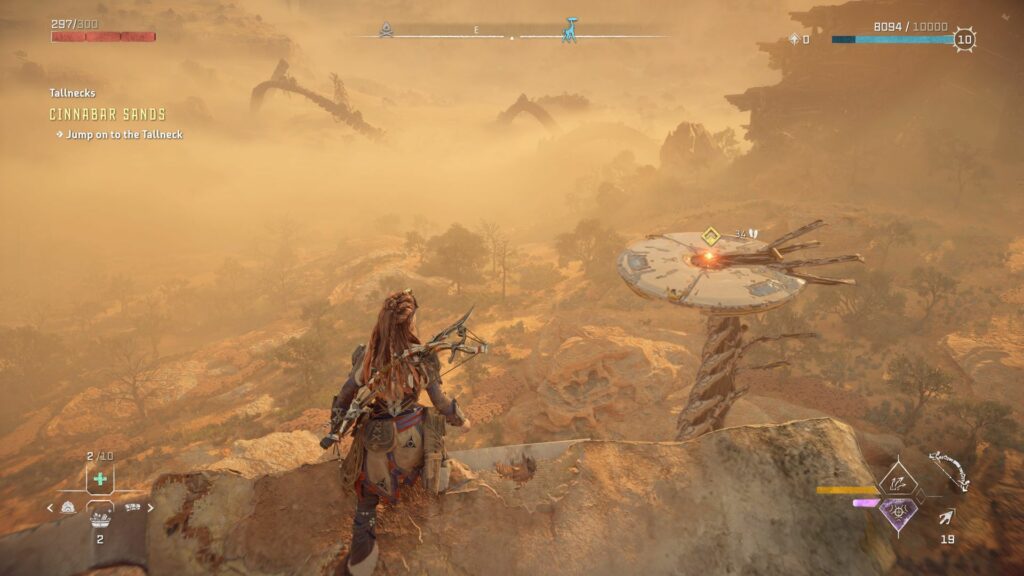 Override it and you’ll unlock more visibility on the map. 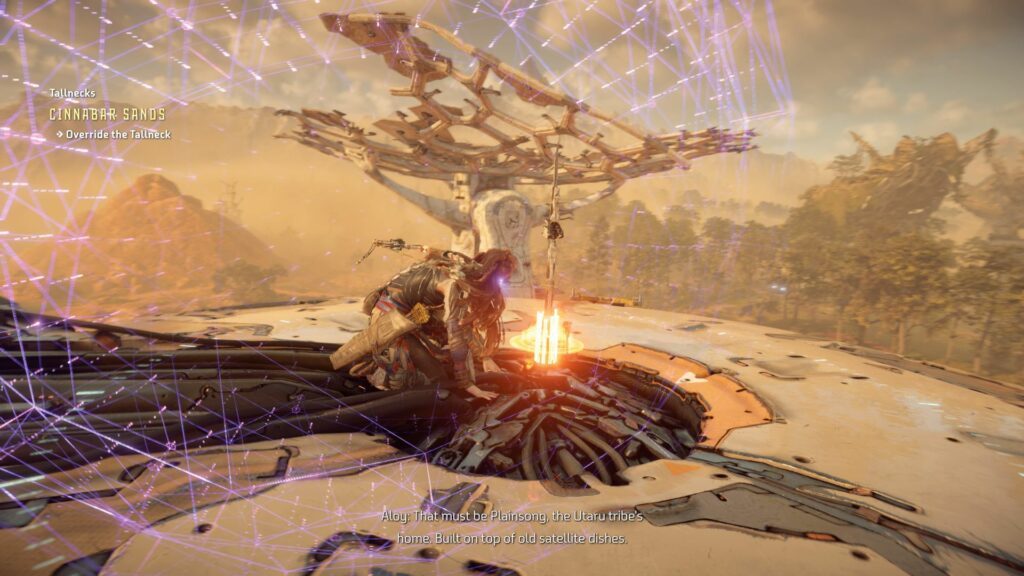 Horizon Forbidden West: Shadow From The Past Walkthrough