Your objective is to get Omega Clearance from Ted Faro’s facility.

Here’s a walkthrough of Faro’s Tomb in Horizon Forbidden West.

Recommended level is 26 and above. 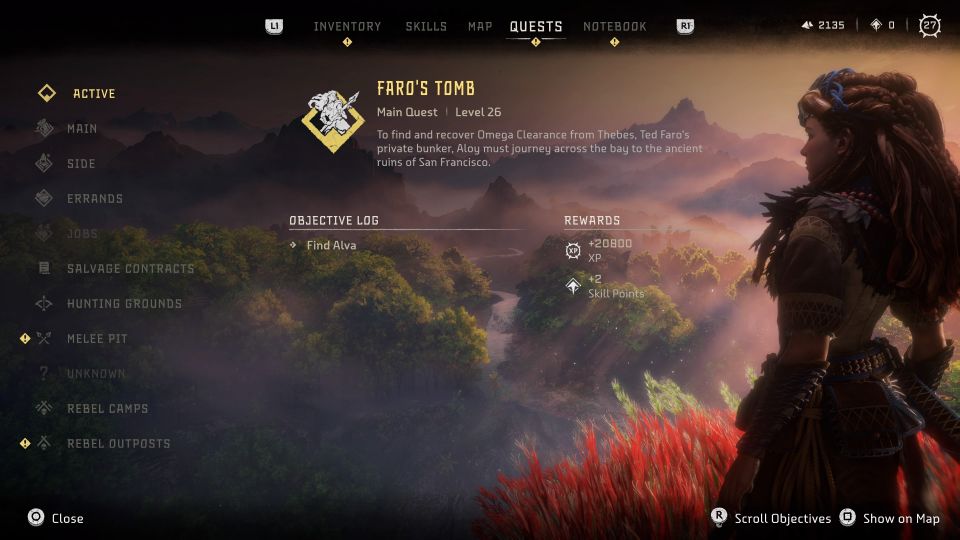 To begin the quest, look for Alva at the western area of the map, as marked on the map below. 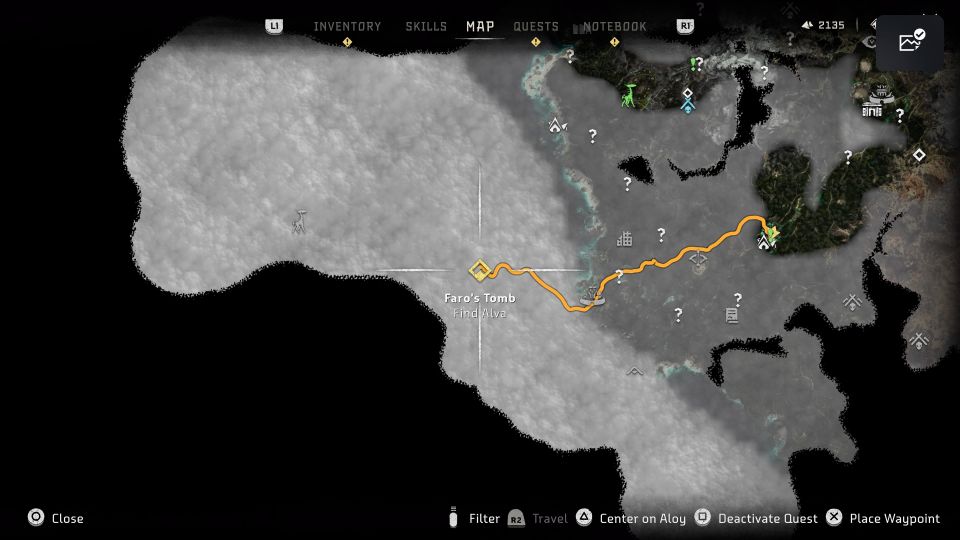 When you reach you’ll see a beach but it’s empty and a big machine in the area. 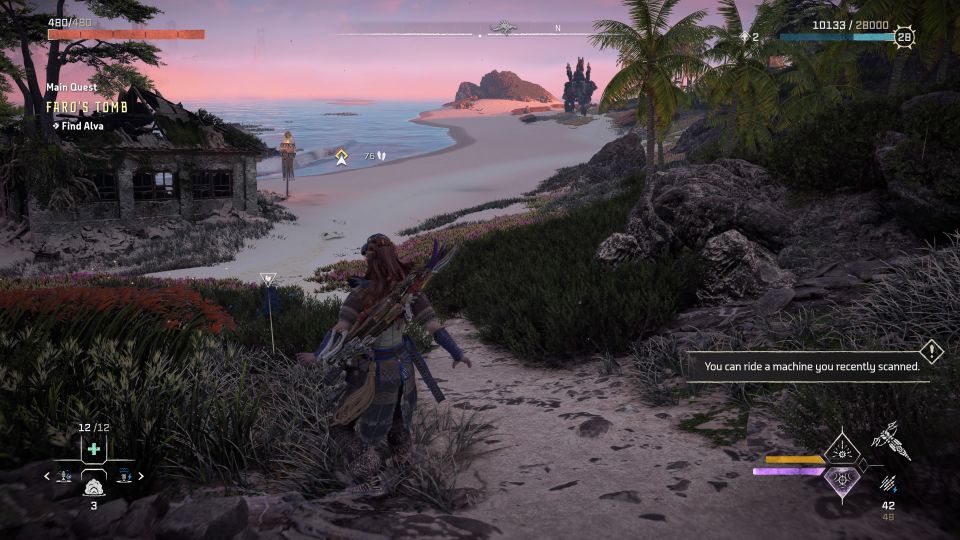 Avoid the machine and examine the boat. A cutscene will load after. 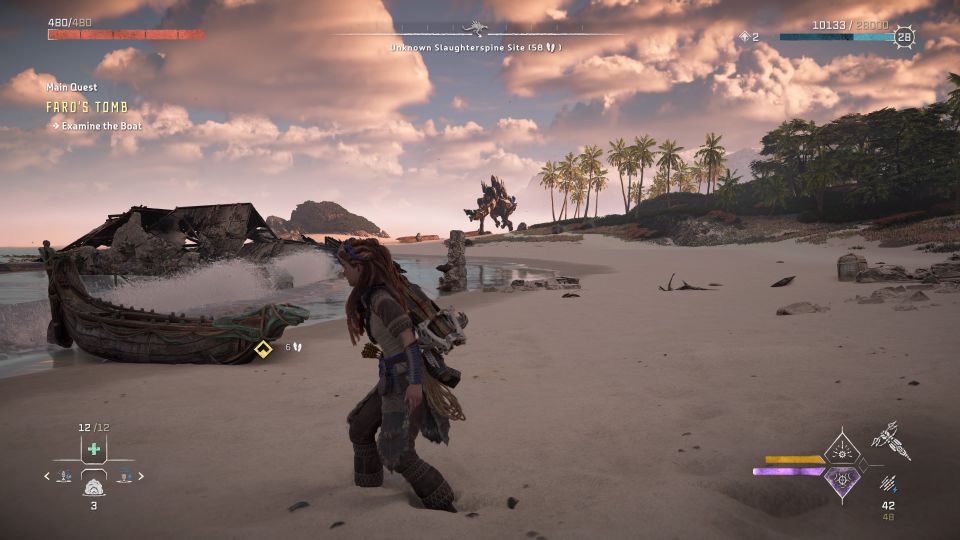 After reaching the island, head northeast to the location marked on the map below. 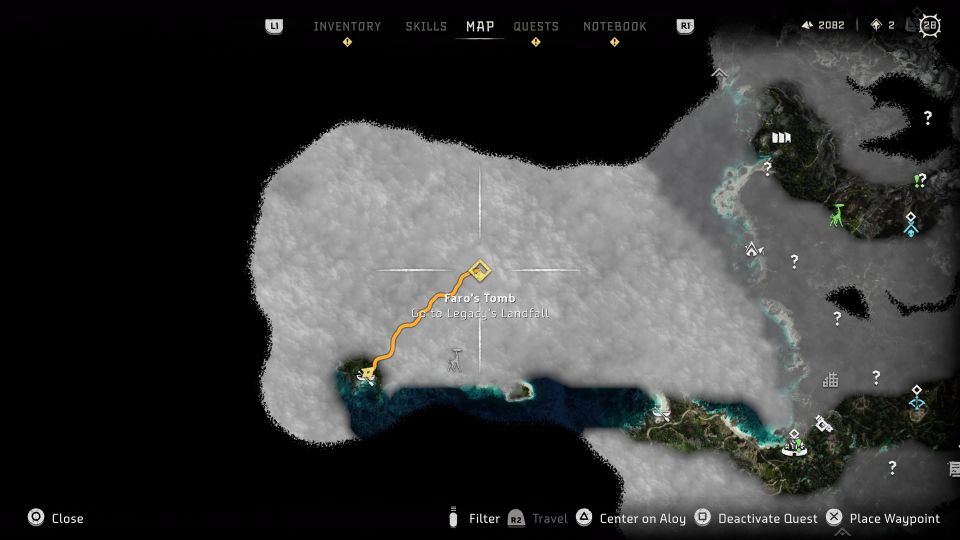 Keep going until you reach a bridge and you see two guards waiting. 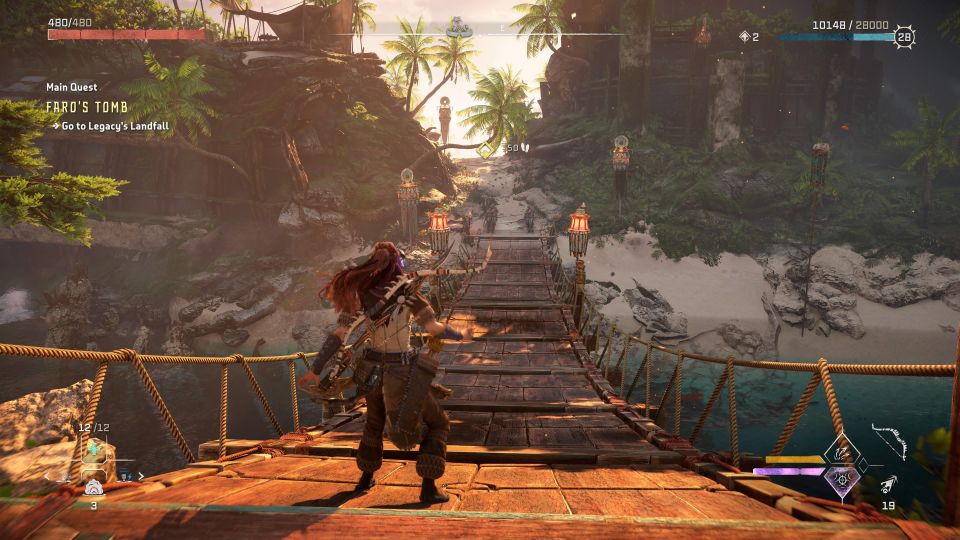 After the cutscene, head west to Thebes as shown in the map below. 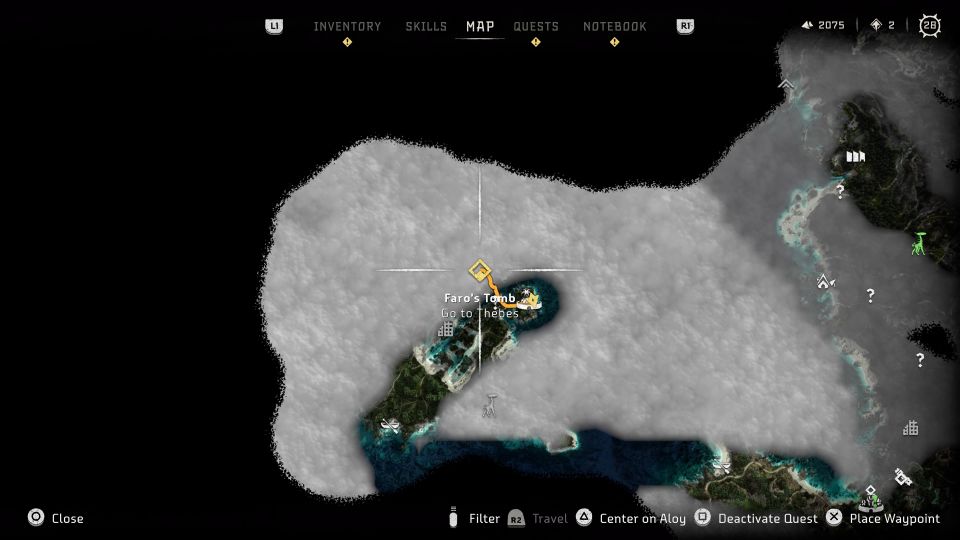 When you reach the area, you have to deal with the Thunderjaw. Hide in the bushes first to scan for weaknesses.

Take out the Thunderjaw using its weak elements. 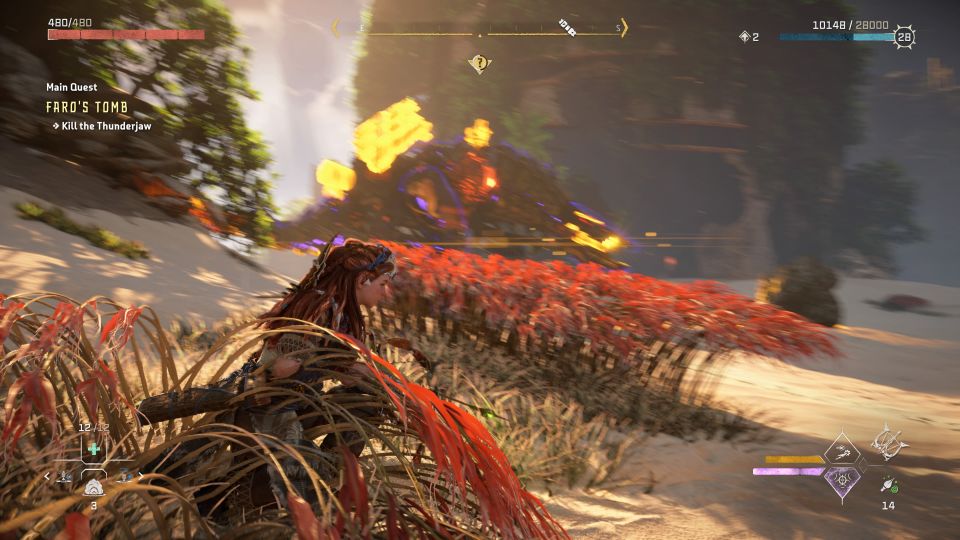 After the battle, enter Thebes to meet Alva. 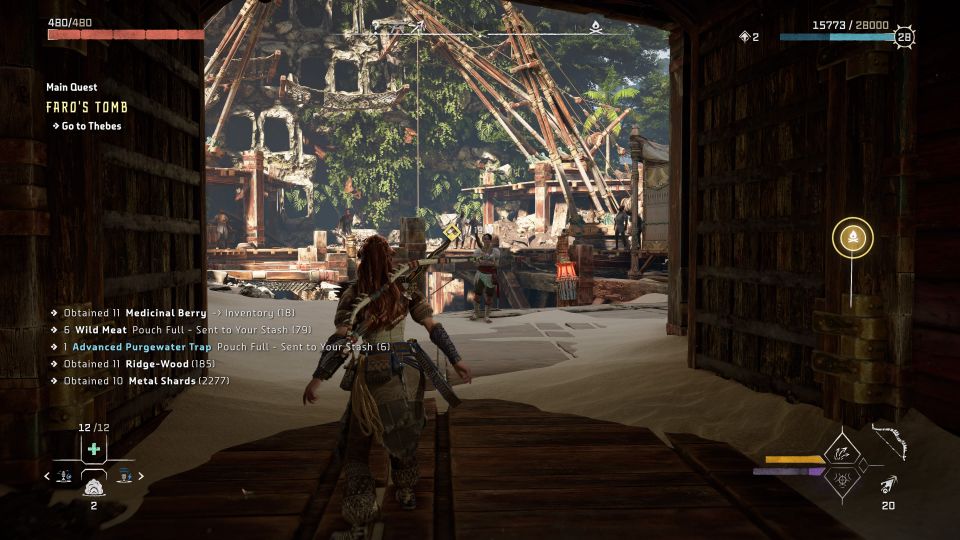 Find an entrance to Thebes

After going down with the rest of the crew, look for an entrance to Thebes. Dive underwater. 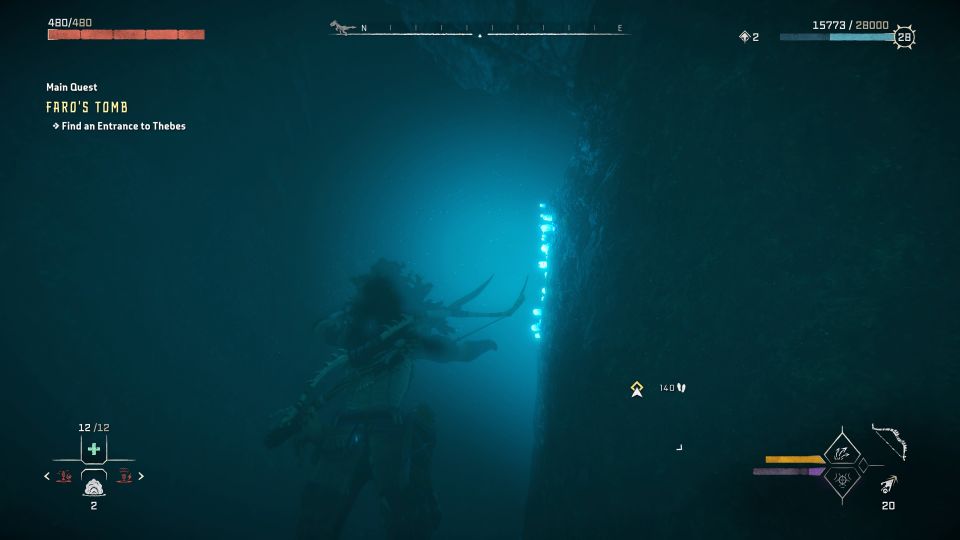 You’ll reach a rather large area which is brownish in color. Look up and you’ll see a way to the next area. 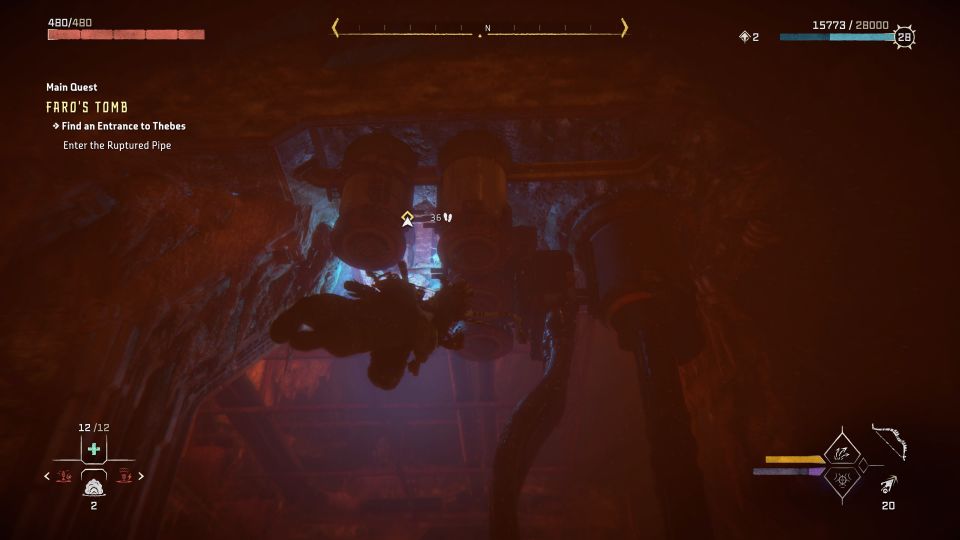 You’ll then come across a big turbine.

Wait for the turbine to stop moving and swim through the gap. 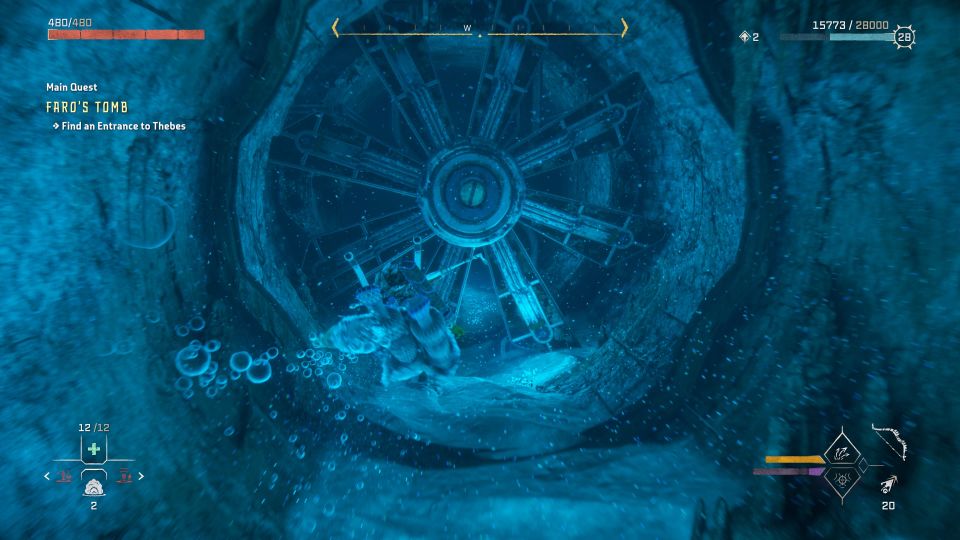 You will reach another turbine. The next one requires you to find the control panel. Go to the door at the bottom. 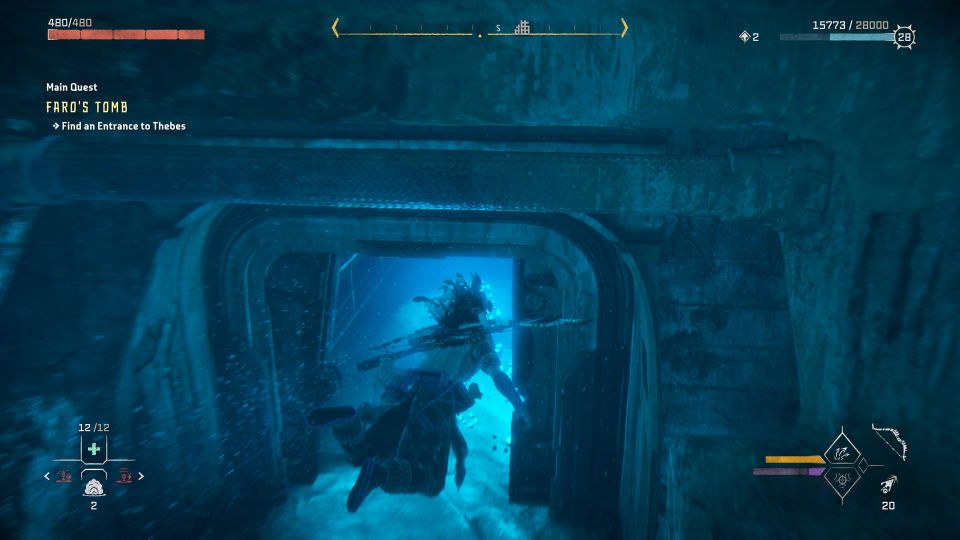 Then, disable the turbine using the console. Go through the turbine gap to the next area.

There’ll be a third turbine but you don’t need to go through there. 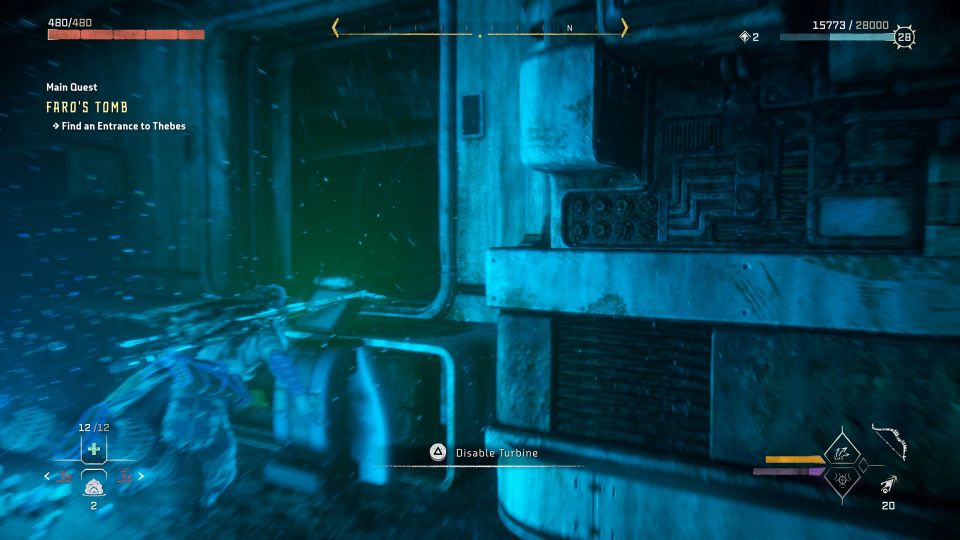 Instead, head to the next door and find a way to resurface. 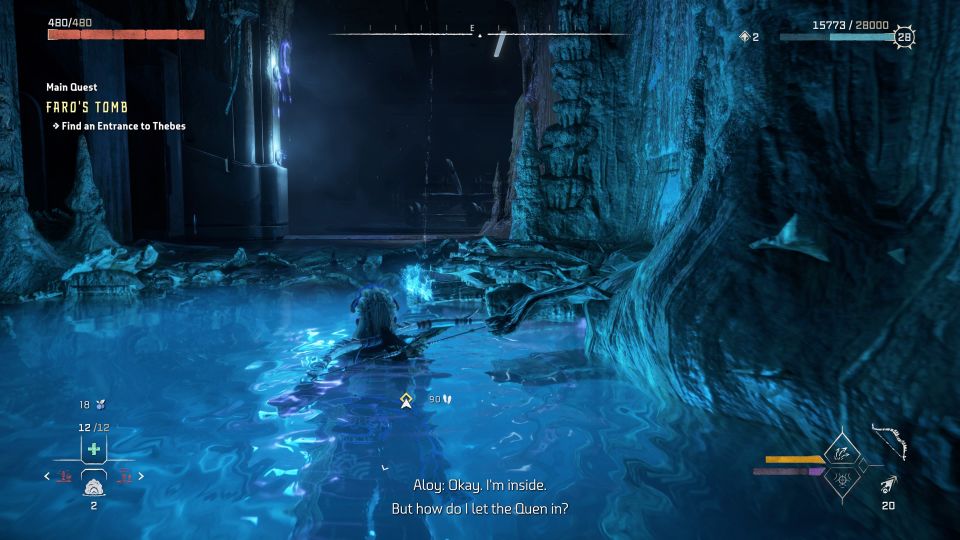 Once you’re up here, you can open the main door for the rest to come in. 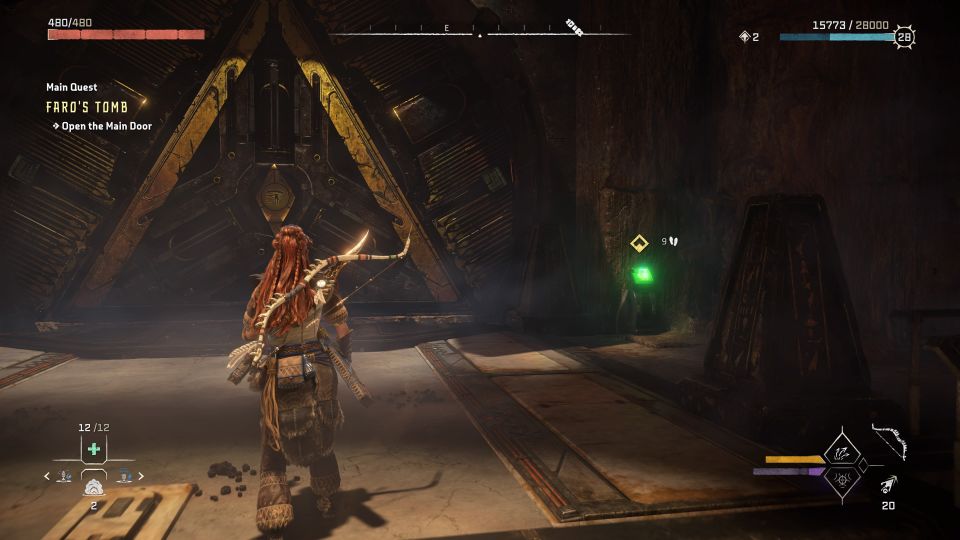 Head to the door to look for Omega Clearance. 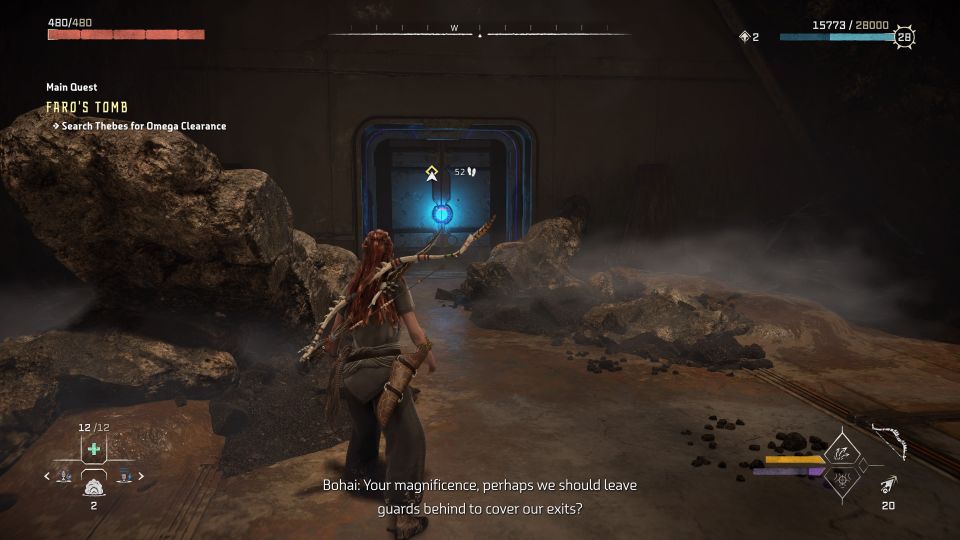 You will then reach a hall with a big statue. 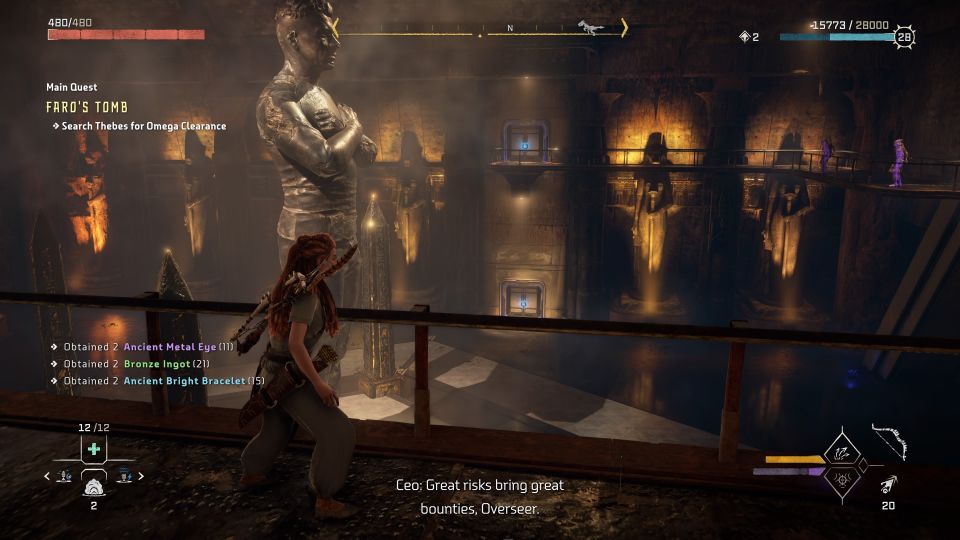 Defeat the two machines that will come to life. 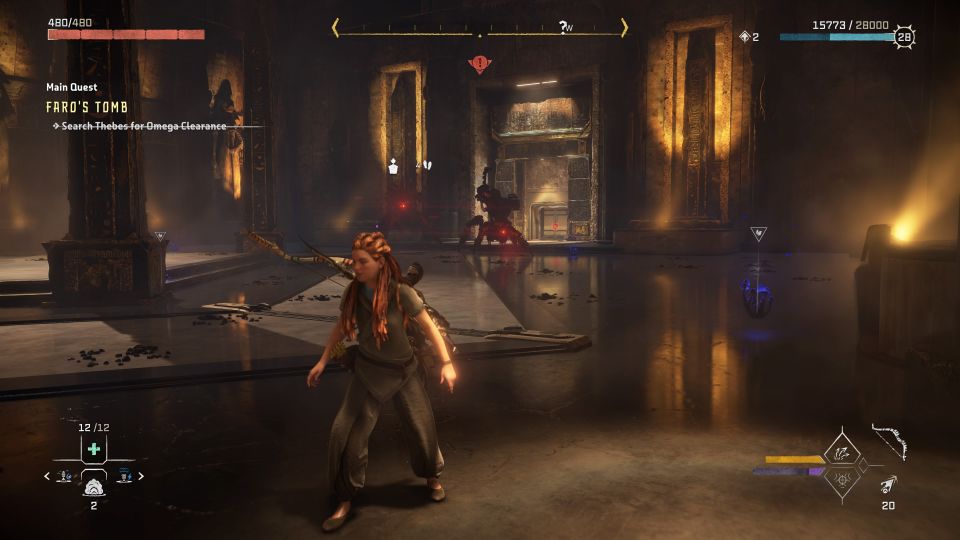 Then, enter the next door and scan the device in the middle to find out what it’s about.

You’ll learn that Ted Faro is probably alive after his experiment. 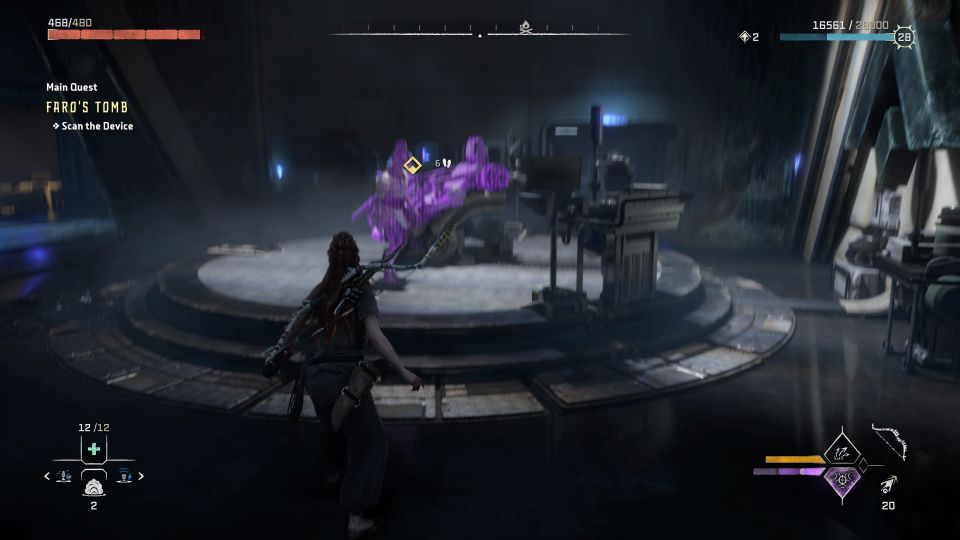 You will reach another door that seems to be jammed. 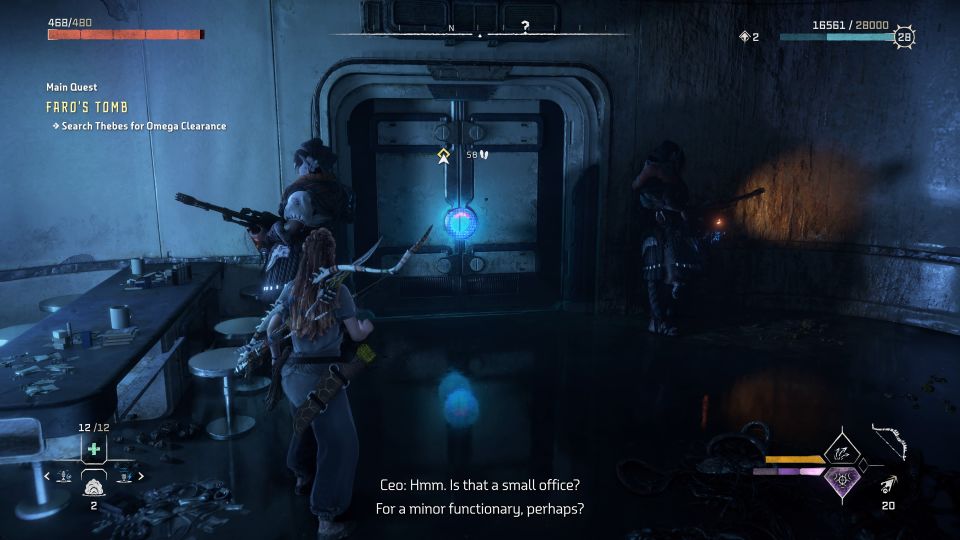 This time, pull open the vent above and go in. 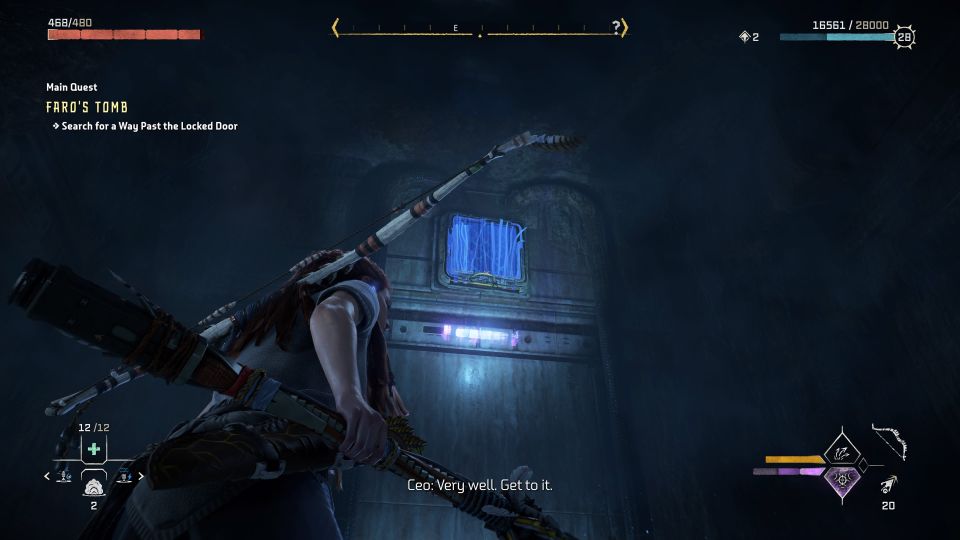 In the next room, interact with the computer to find the Omega Clearance. 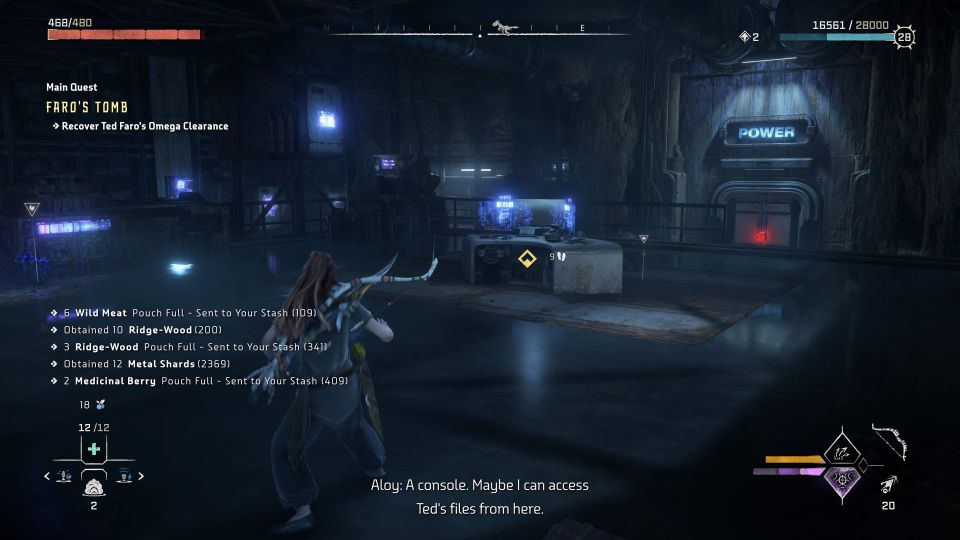 The Ted Faro wannabe will then see that Ted Faro is still alive (mutated) and ordered him to be burned.

Kill the bodyguards and escape

He then orders Aloy and Alva to be killed. Kill the bodyguards and escape the area as lava starts pouring into the facility. 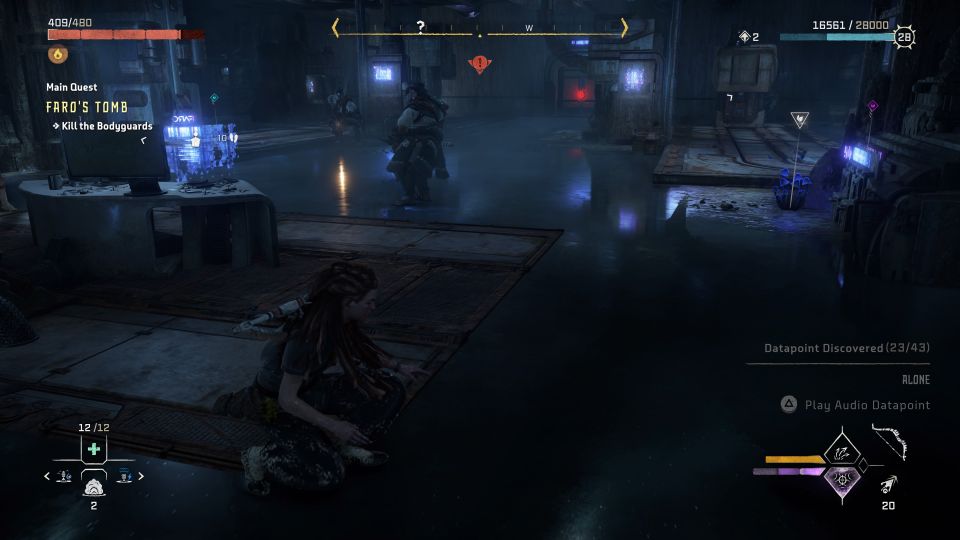 You can just avoid most of the bodyguards and head to the exit. Just avoid the lava. 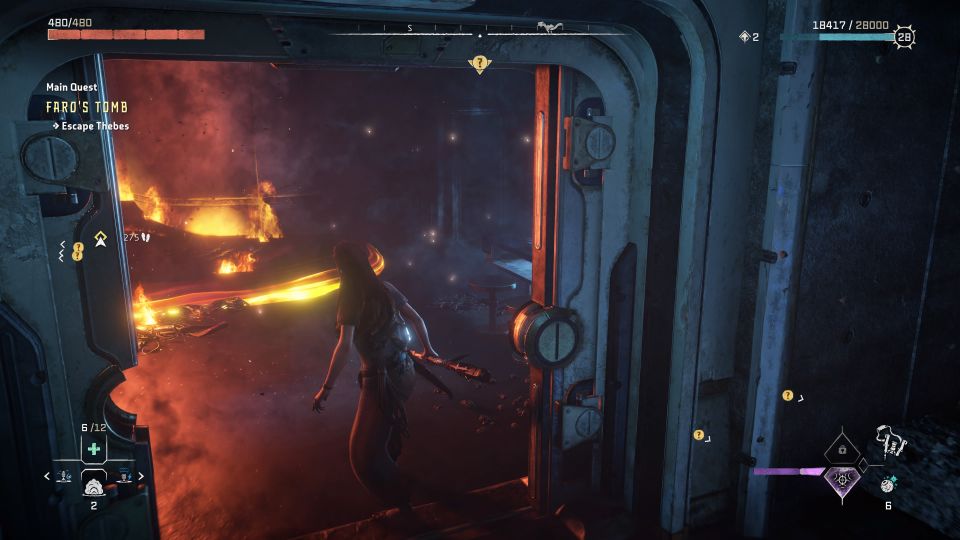 At the last part, you have to jump on the broken rocks to find a way out. 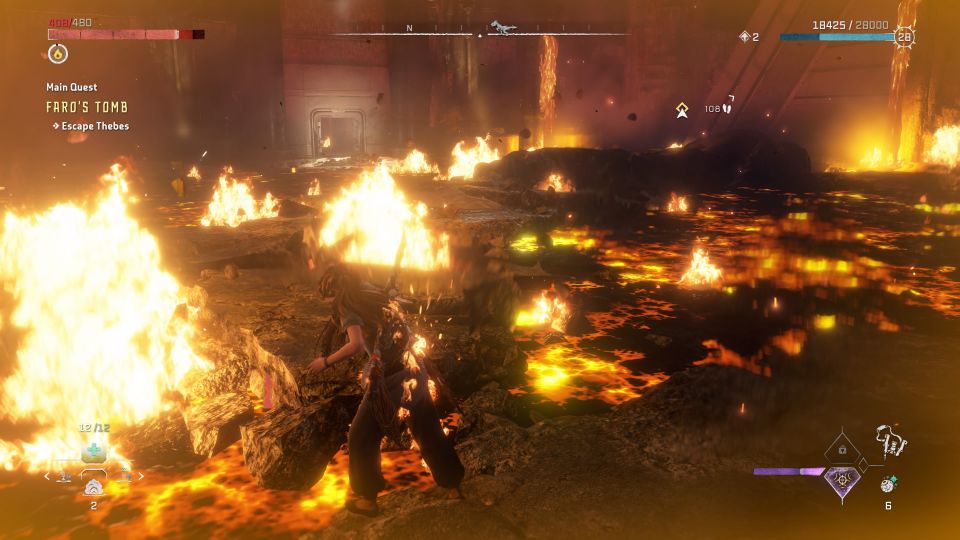 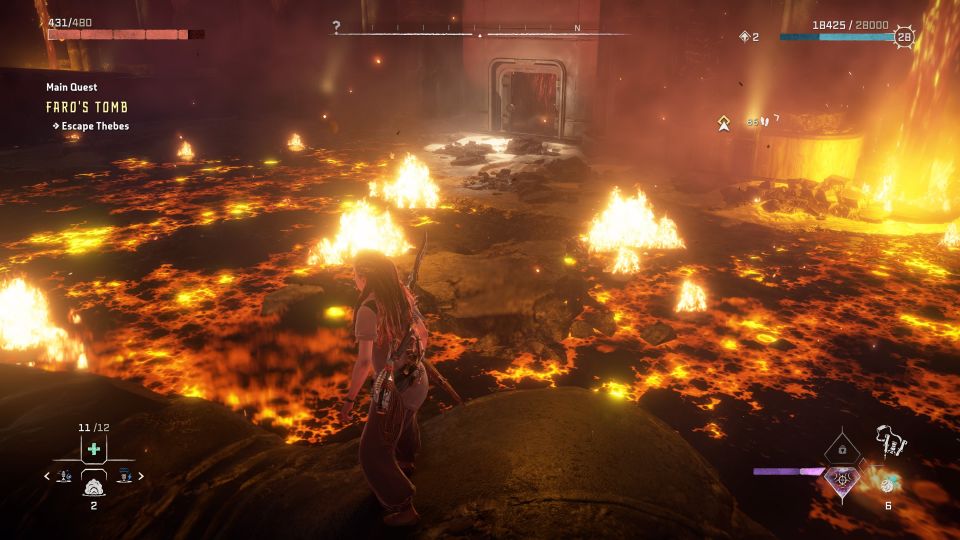 Horizon Forbidden West: Seeds Of The Past Walkthrough

Horizon Forbidden West: The Stand Of The Sentinels (Tallneck)