The Legend of Tadayori is a Mythic Tale in Ghost of Tsushima which unlocks the Tadayori Armor.

Your task is to find the musician and follow clues on where the armor could be hidden.

Here’s a walkthrough of The Legend of Tadayori in Ghost of Tsushima. 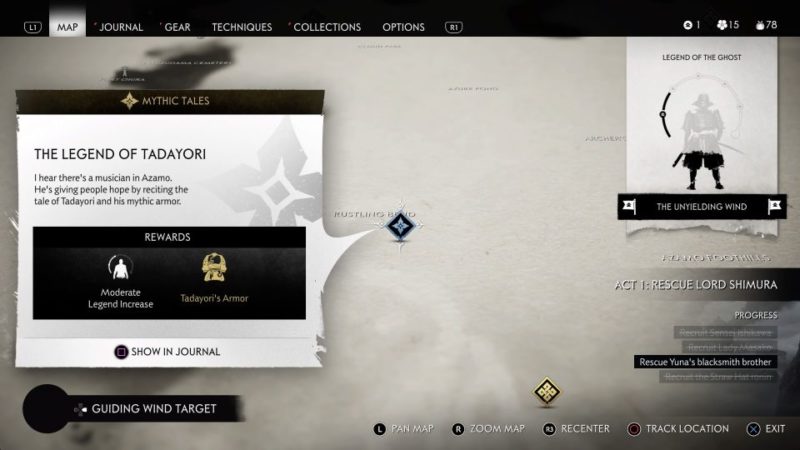 To begin the tale, talk to the musician in Tsutsu. 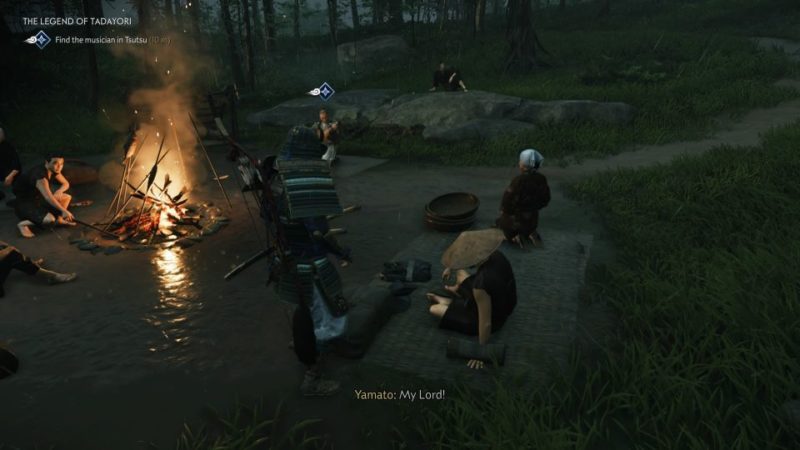 The first clue is at Northern Azamo. Just follow the marked area on the map. 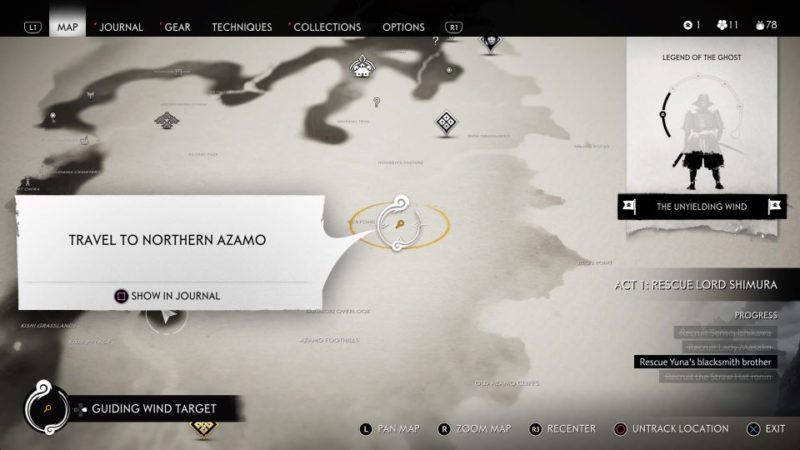 Once you’re there, look for the rocky hills with violet chrysanthemums. 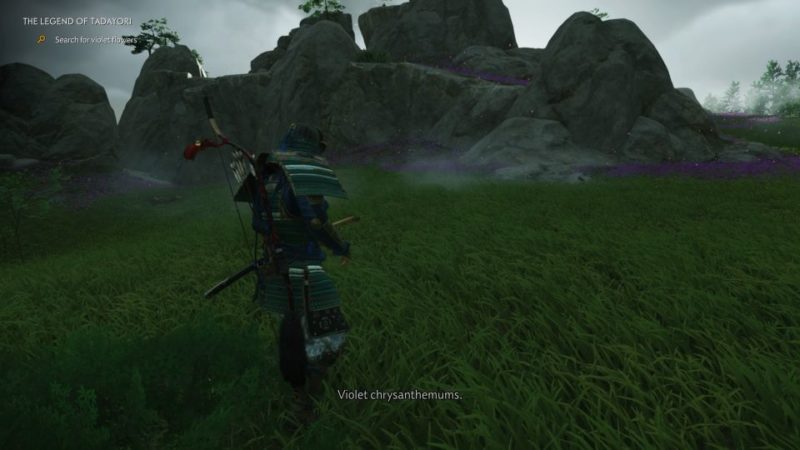 Climb up the hill and you’ll reach an altar or something like an altar. 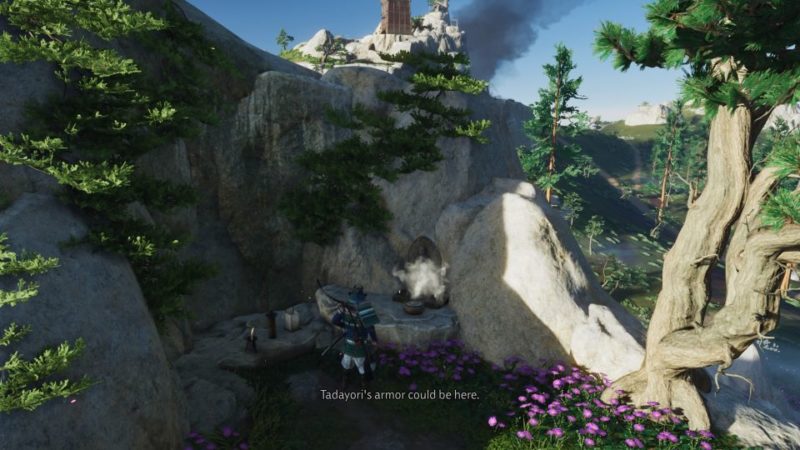 You should then get a painting showing where the tomb of Tadayori is likely to be.

The exact location where you should go to within the circle on the map is shown below, marked by the player’s location. 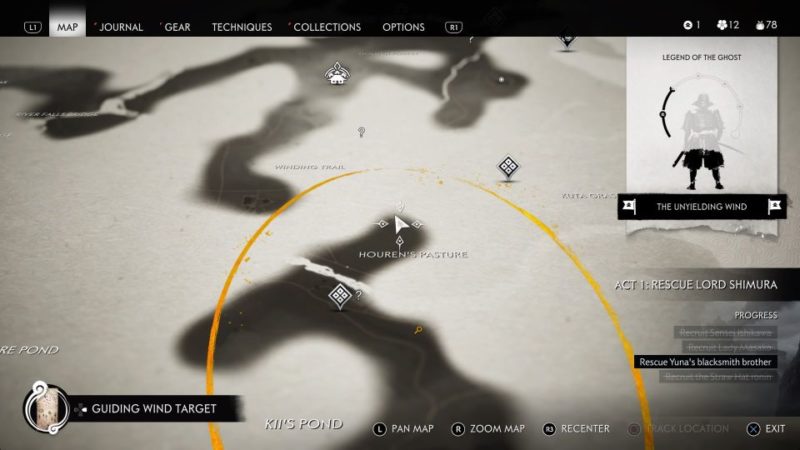 Once you’re there, you should see a big rocky hill.

At the bottom, there’s a hole you can crawl through to the inside. 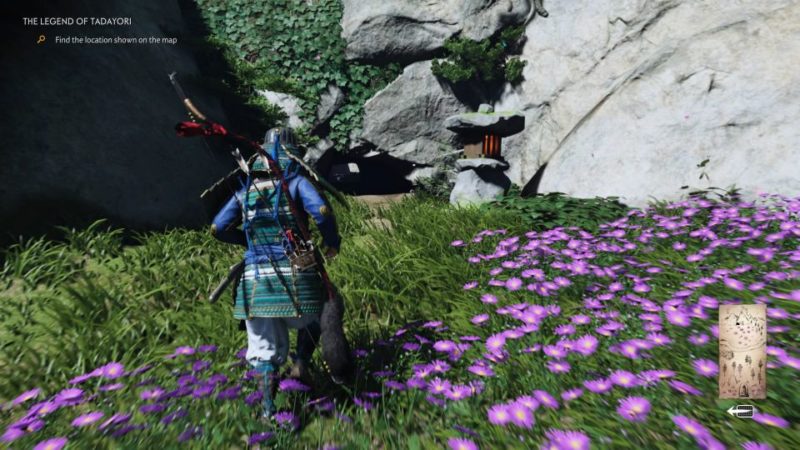 Once you’re inside, continue following the path. 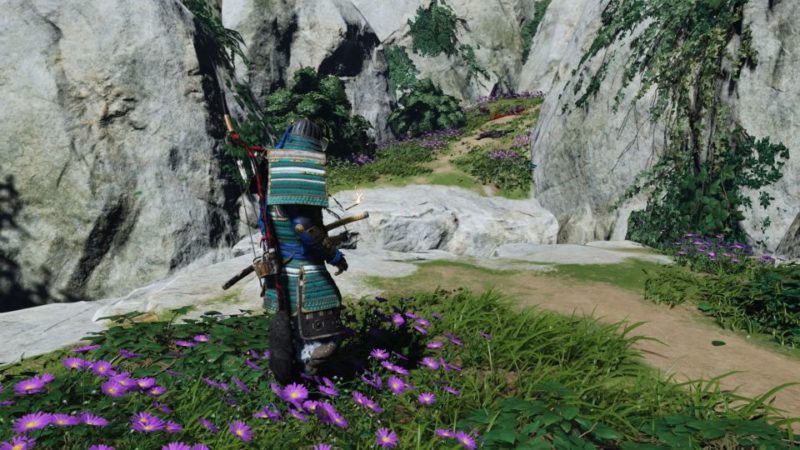 You will then reach a field of violet chrysanthemums.

Head towards the cemetery at the back. 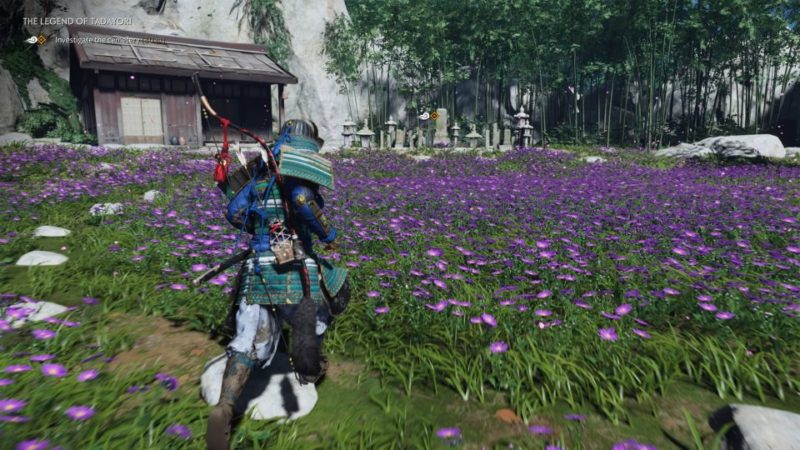 Kaede who is a descendant of Tadayori will appear.

You’ll have to defeat her in a fight. 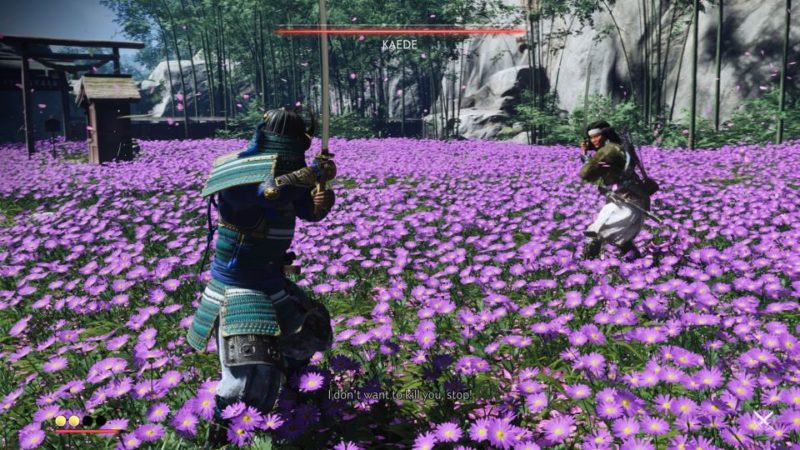 She’ll give you another clue on the armor’s location.

Head to Azamo Bay this time, which is pretty far from the cemetery earlier. 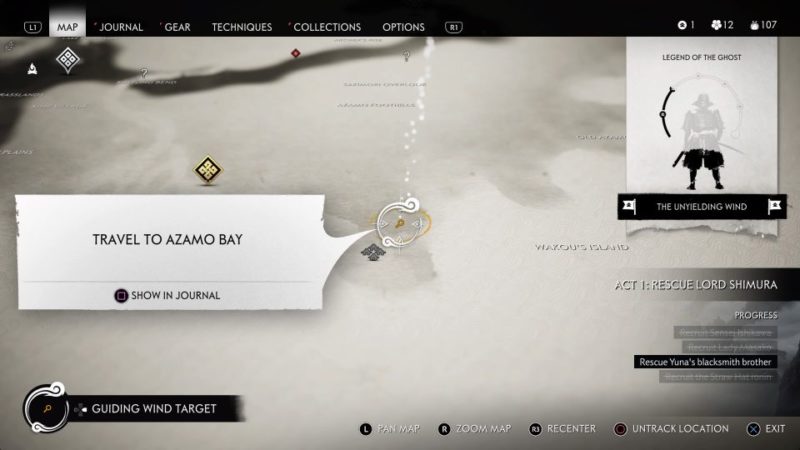 You should find yourself on a cliff. There’ll be some noise or commotion in the area. 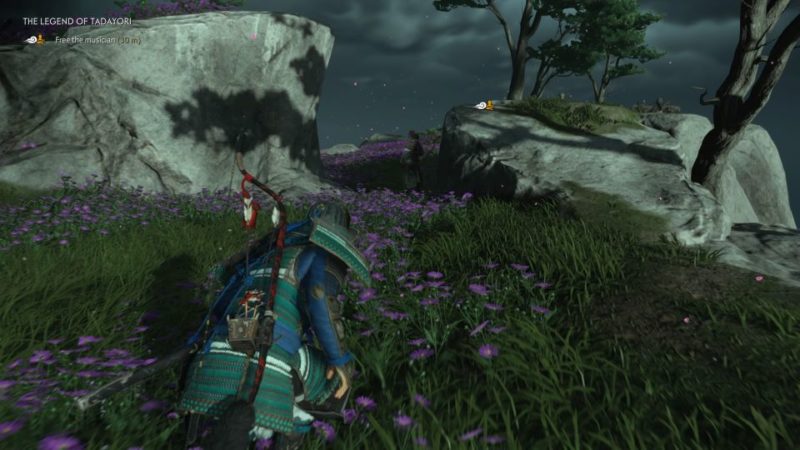 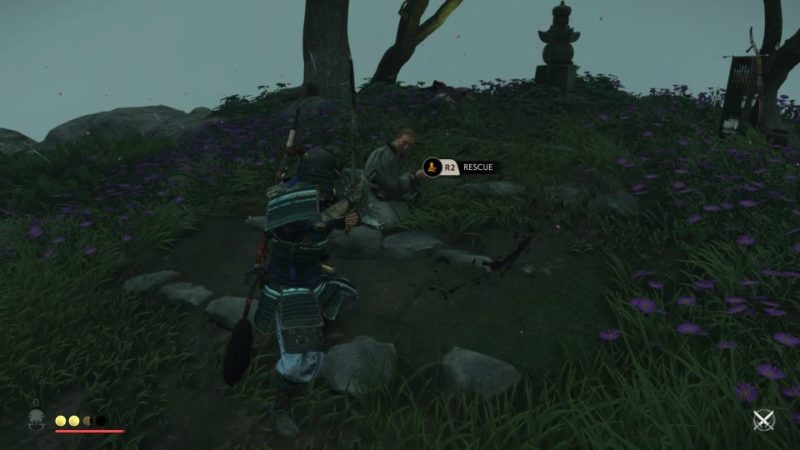 Move the statue and take the armor. You can wear it immediately if you like as there’ll be an ambush. 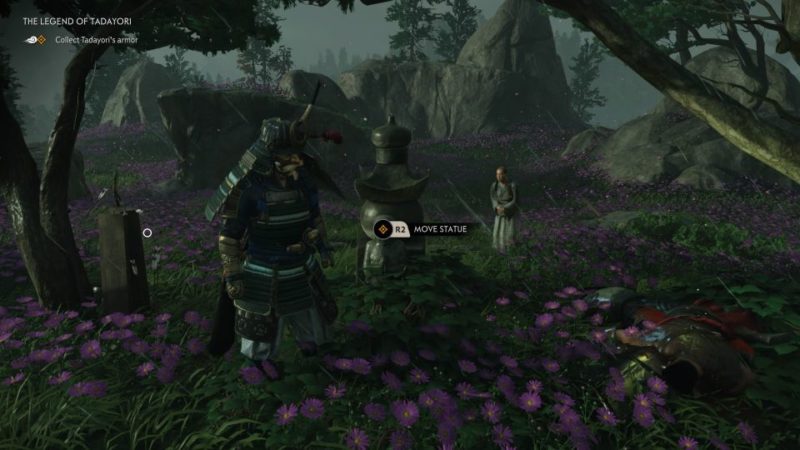 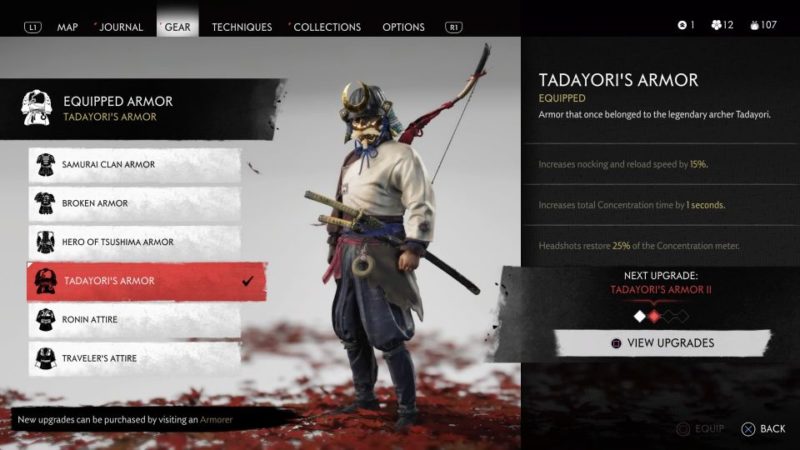 The Mongols will appear and some may attack the musician. Kill those that are targeting the musician first and eliminate the rest. 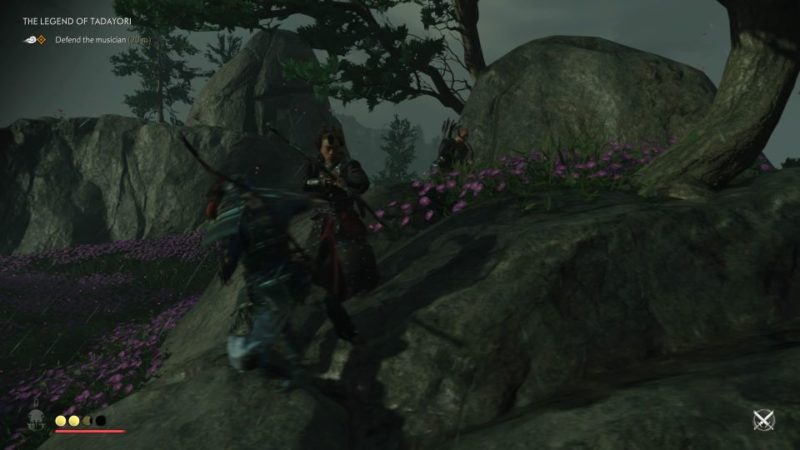 Ghost Of Tsushima: The Spirit Of Yarikawa’s Vengeance Walkthrough