The Tale of Sensei Ishikawa is one of the earliest quests in Ghost of Tsushima.

Ishikawa is a master of archery and Jin Sakai needs him to fight against the Mongols.

Here’s a walkthrough of The Tale of Sensei Ishikawa in Ghost of Tsushima. It’s just part 1 of 9. 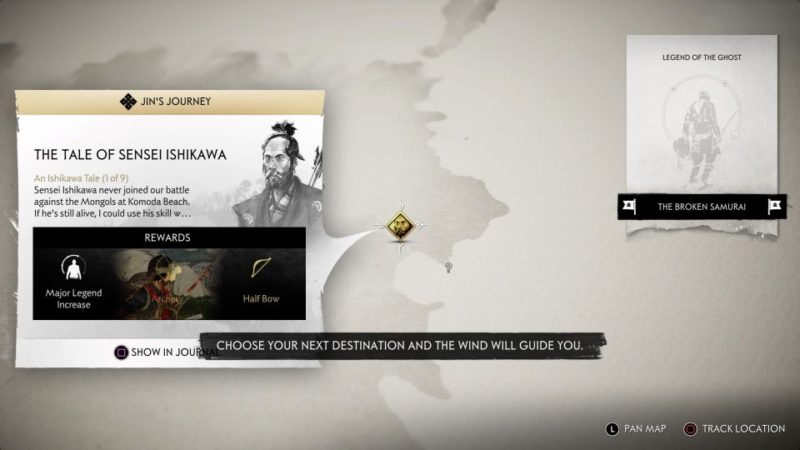 Go to the inn

To ask about Sensei Ishikawa, you need to first reach the springs. There’ll be an inn there. 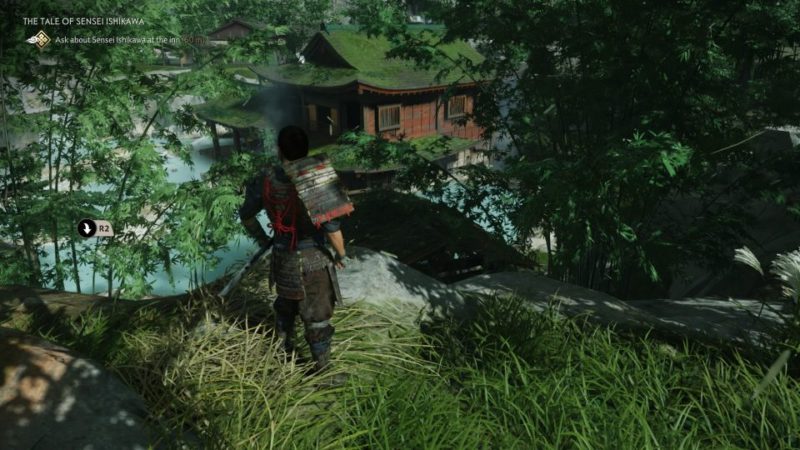 Speak to the guy here to ask about Ishikawa. 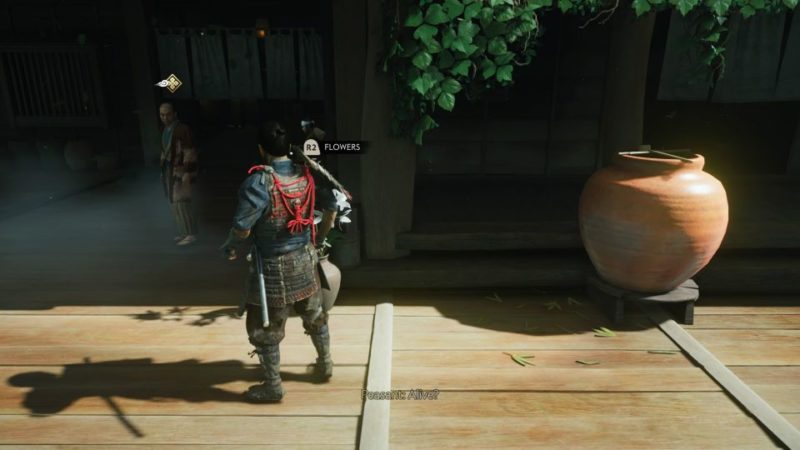 Follow him all the way until he points you to Ishikawa’s dojo. 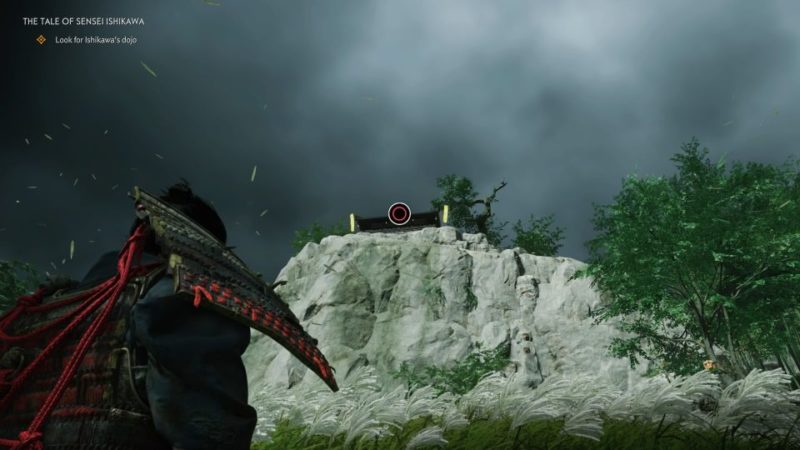 Head up the hill to reach the dojo. Just go towards the left side and you’ll find a route up the hill. 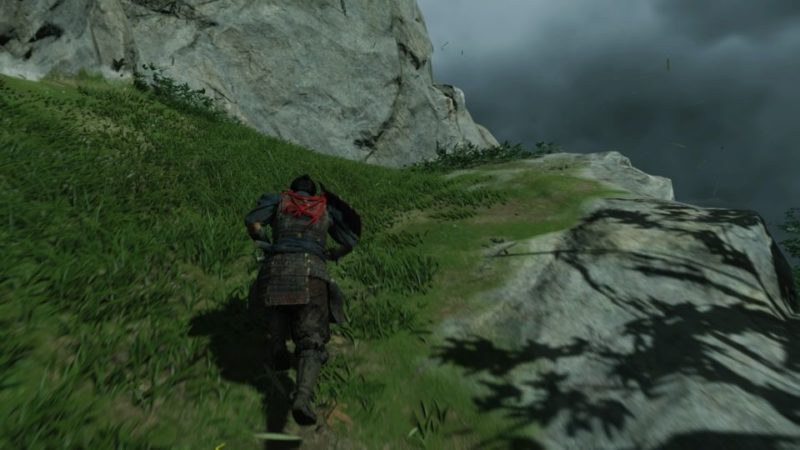 Once you enter the dojo, a cutscene will load introducing Ishikawa. 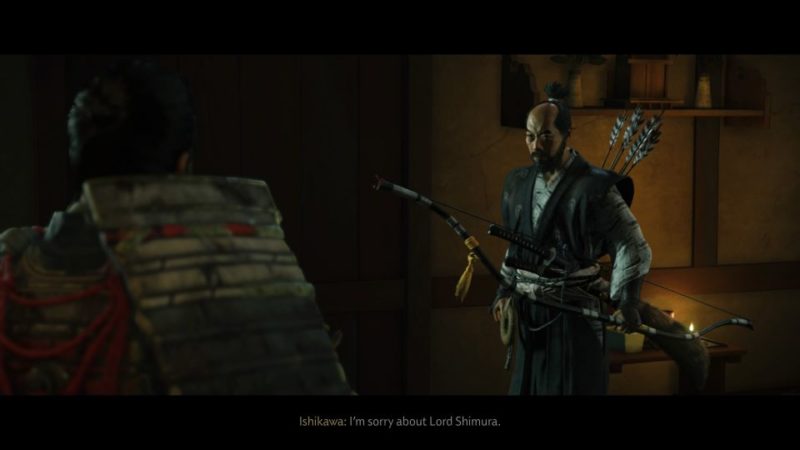 After the cutscene, follow Ishikawa as he looks for his student Tomoe that was taken. 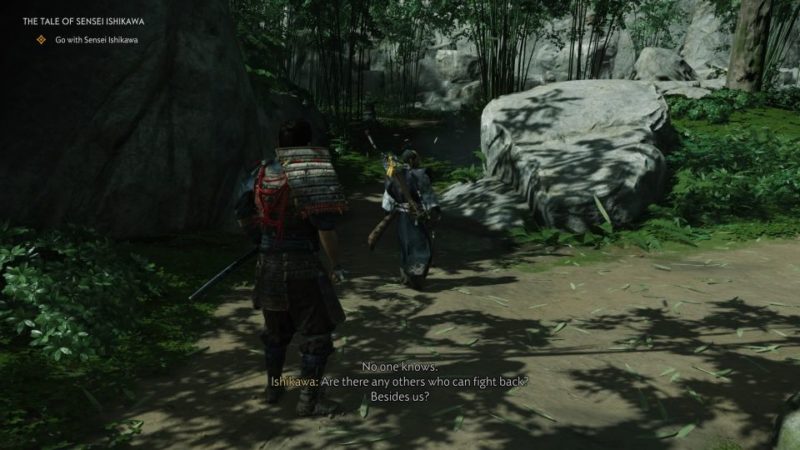 There’ll be Mongols along the way. Take them out. 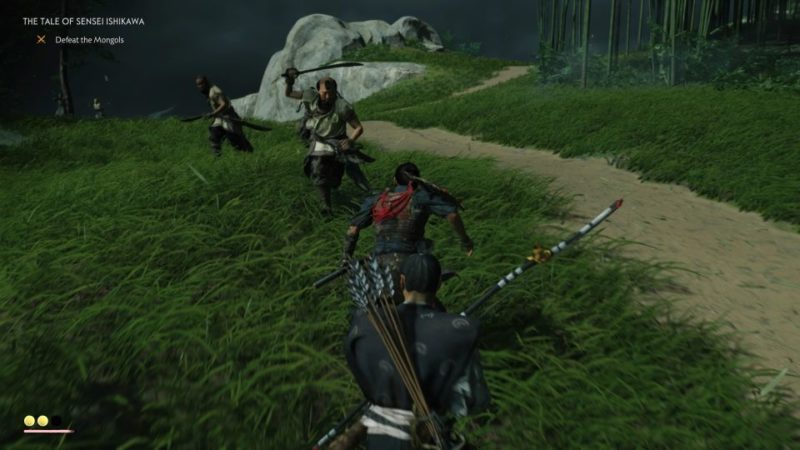 Continue walking until you reach a campsite. Investigate the camp to find out where they were taken. 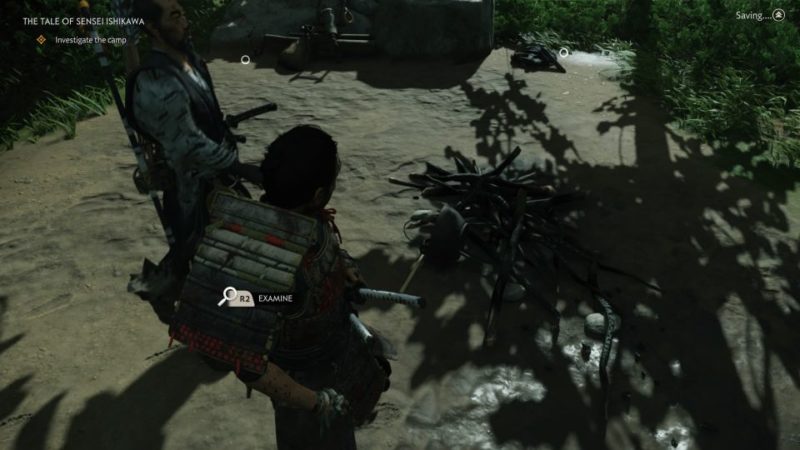 Ishikawa will then lend a bow to you. You simply need to shoot three sets of candles at varying distances.

The furthest one requires you to aim a little higher. 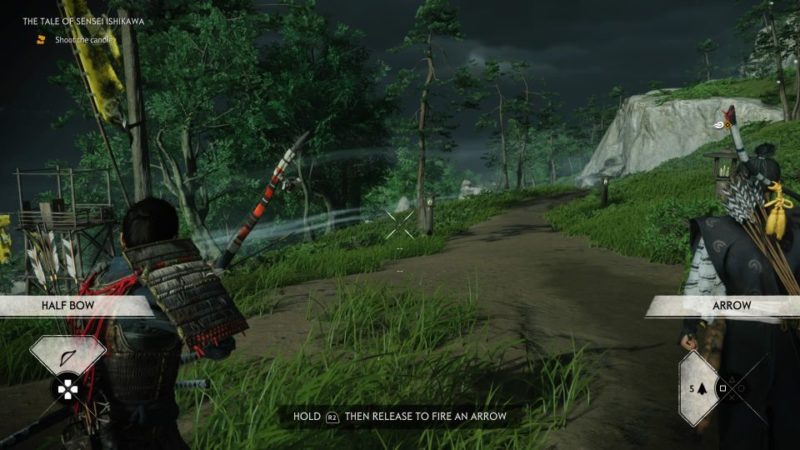 Continue walking with Ishikawa until you reach a fort.

Survey the fort just by pressing “O” at the relevant markers. 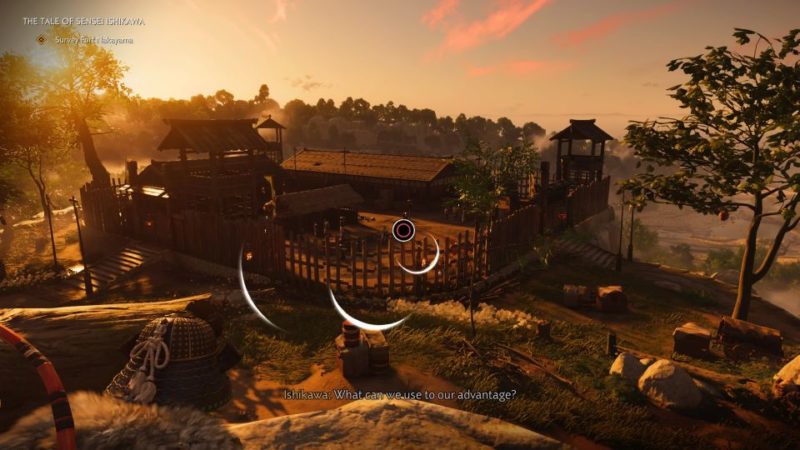 Once it’s night time, you have to ambush the Mongol patrol.

Use your bow to shoot at the hornet’s nest, candles and the barrels when the patrol is passing by.

The barrels will create an explosion, the candles will cause a fire and the nest will result in some Mongols dying from hornet stings. 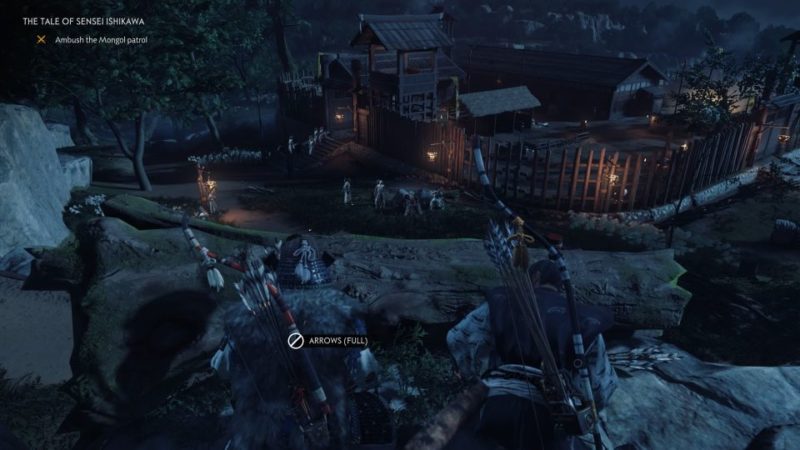 Remember to look at the right side of the fort as well as there’ll be another group of Mongols. 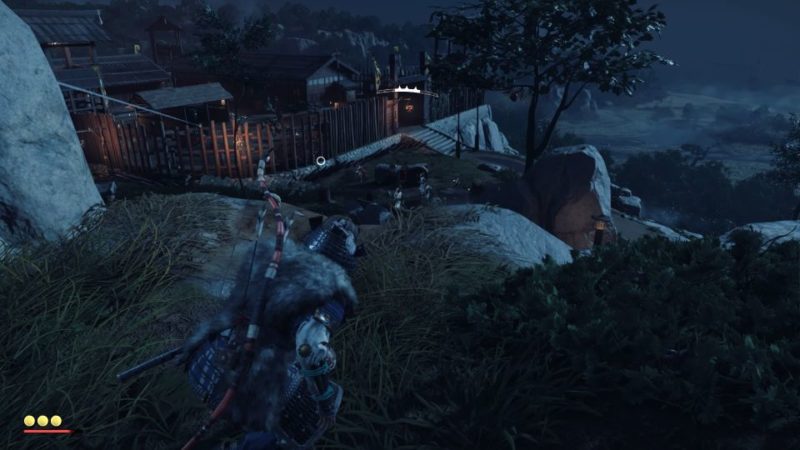 Next, head towards the fort and clear them out. Defeat the Mongol leader as well. 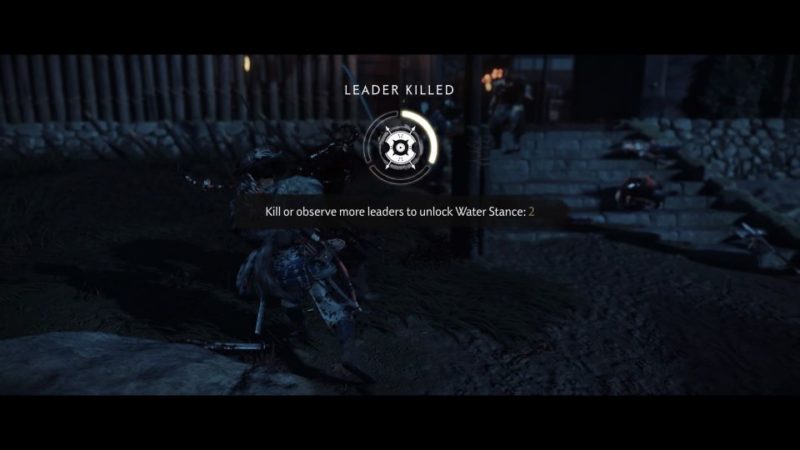 Once the fort is secure, speak to Ishikawa. 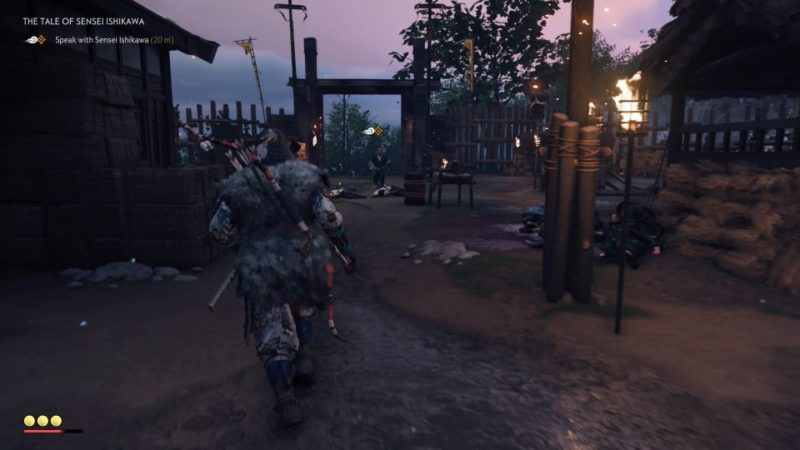 Look around the place for clues on Tomoe. 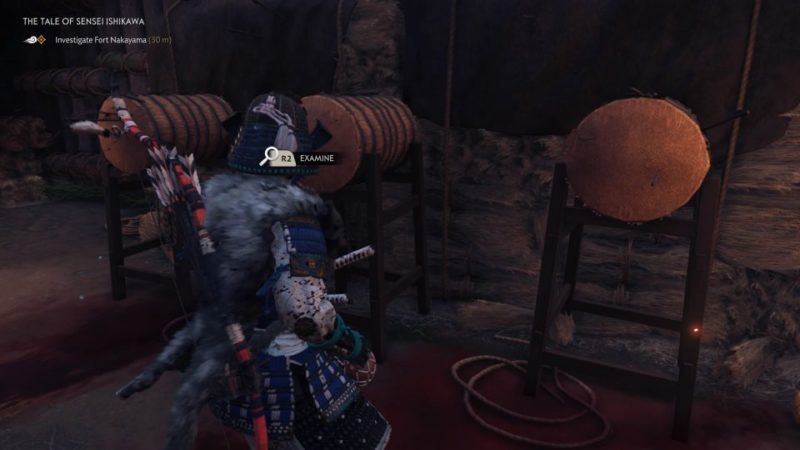 After investigating all the clues, you’ll hear a peasant asking for help.

Go to him and you’ll learn that Tomoe joined the Mongols. 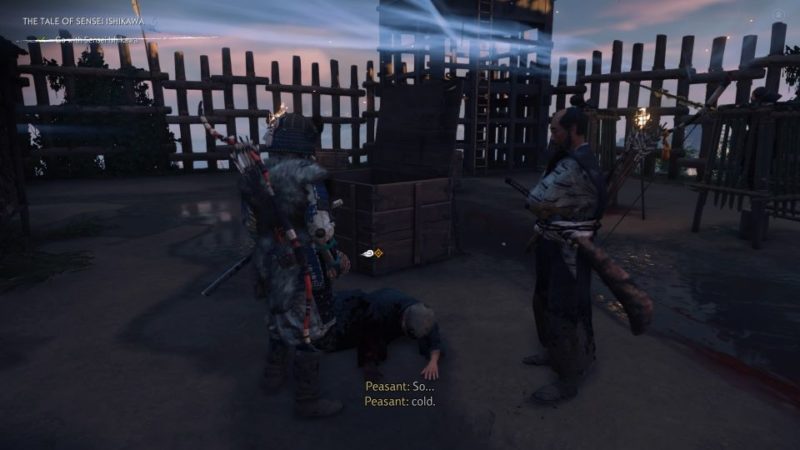 The Sensei And The Student – Ghost Of Tsushima Walkthrough

The Past Never Passes – Ghost Of Tsushima Walkthrough