Love Like Fire is a main mission / job in Cyberpunk 2077.

It’s a flashback to the past and you will play as Johnny Silverhand.

Here’s a walkthrough of Love Like Fire in Cyberpunk 2077.

Just head towards the stage. Take the mic. 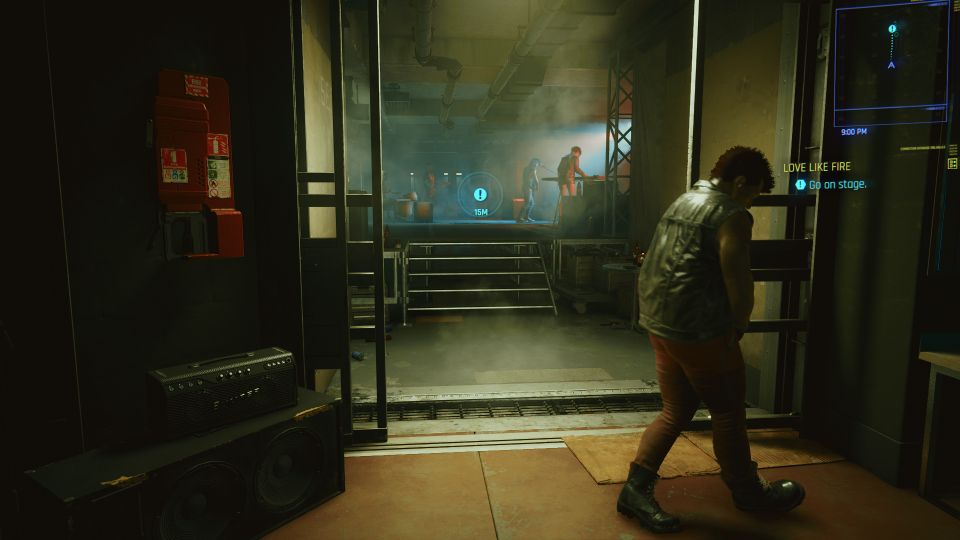 After playing for the crowd, go outside. 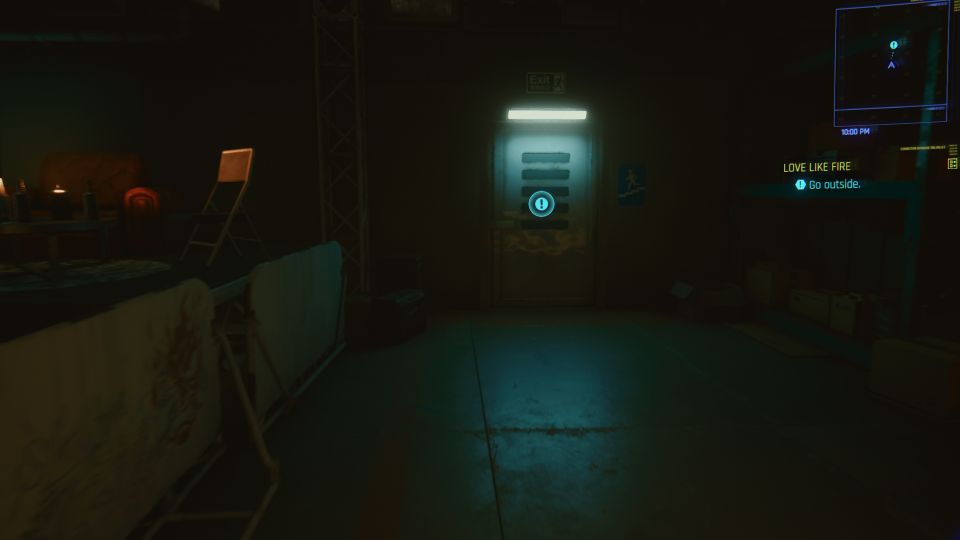 Get in the helicopter

You’ll meet Rogue. Get into the helicopter. 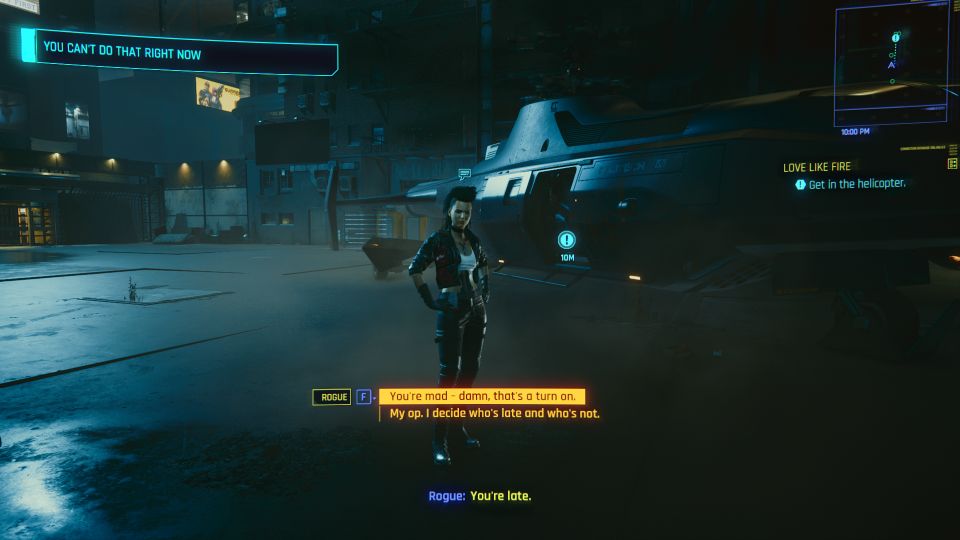 At one point, you’ll need to use the turret to kill all of Arasaka’s forces down below. 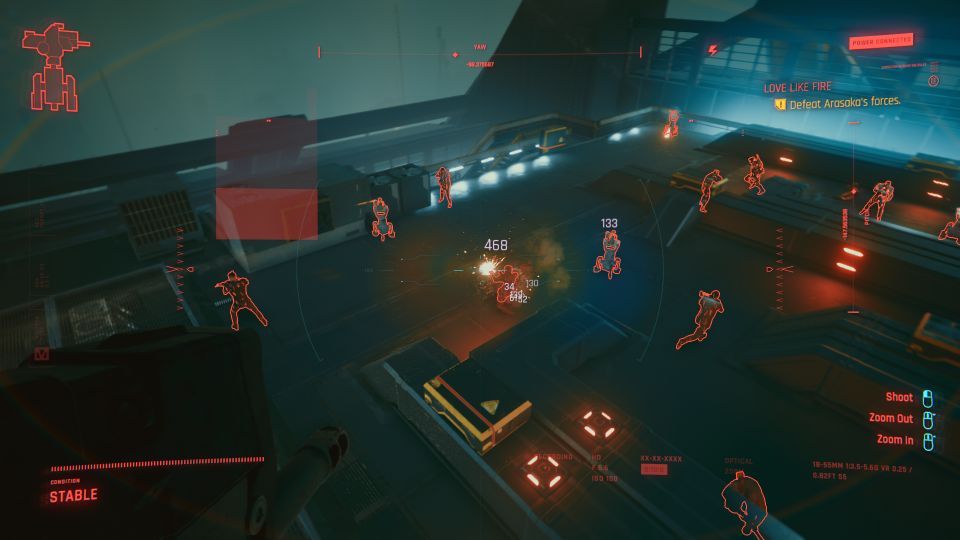 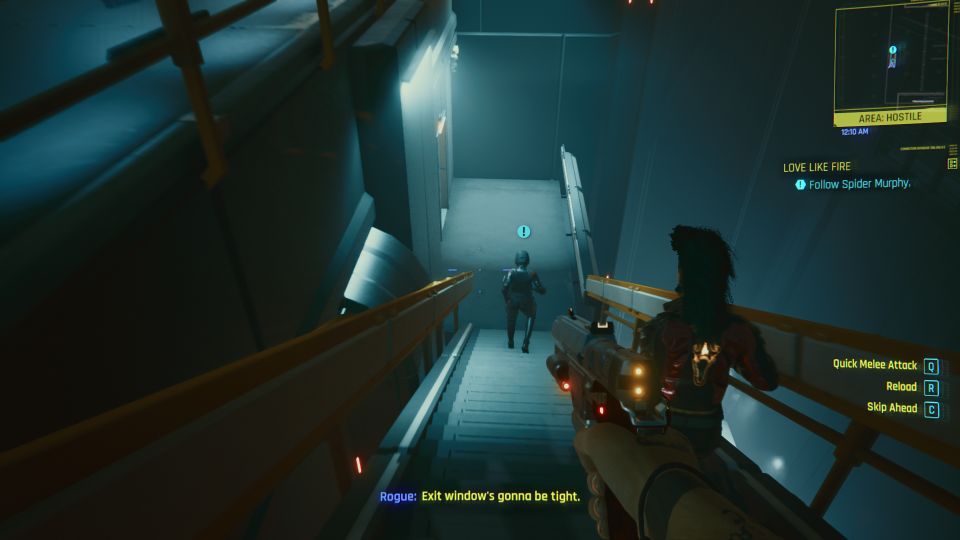 The main objective is to find the elevator. Along the way, just shoot all of the guards.

The ammo seems to be unlimited. 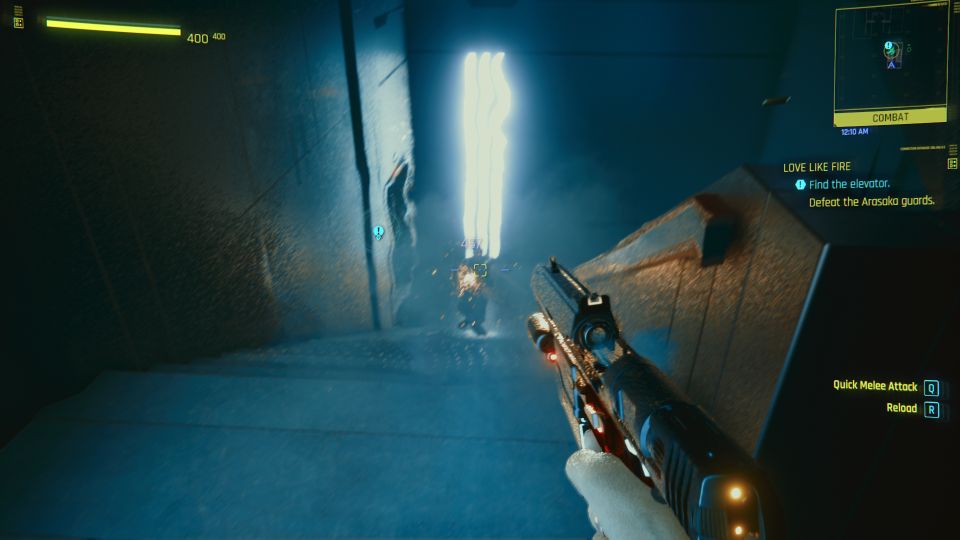 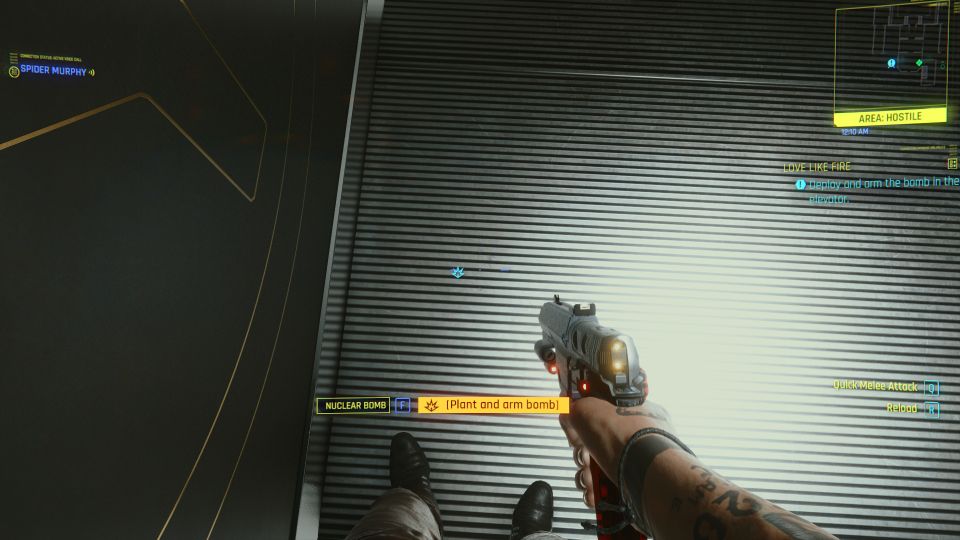 Next, shoot at the elevator mechanism so that the bomb goes up. 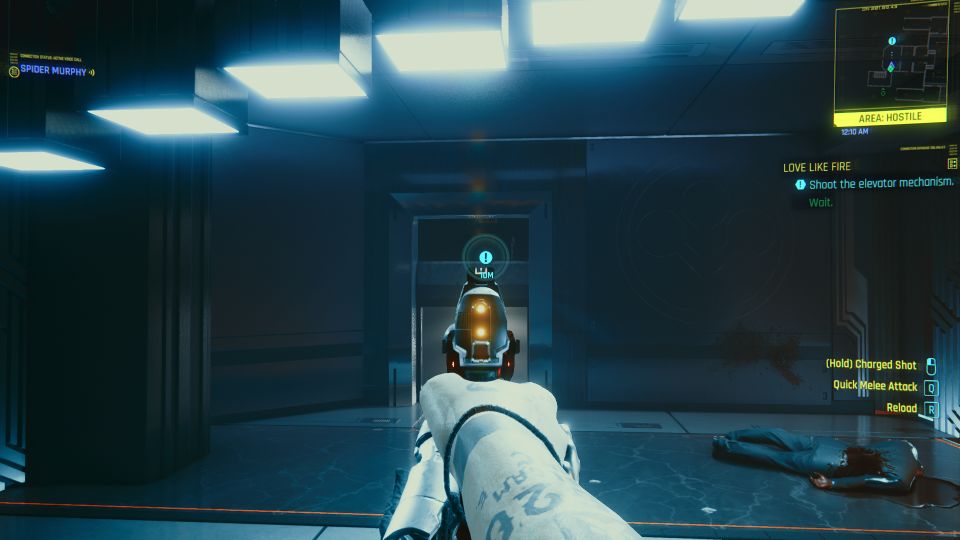 Instead of leaving immediately, Johnny has his own plan to find an access point to the network.

Use the stairs to make your way up. 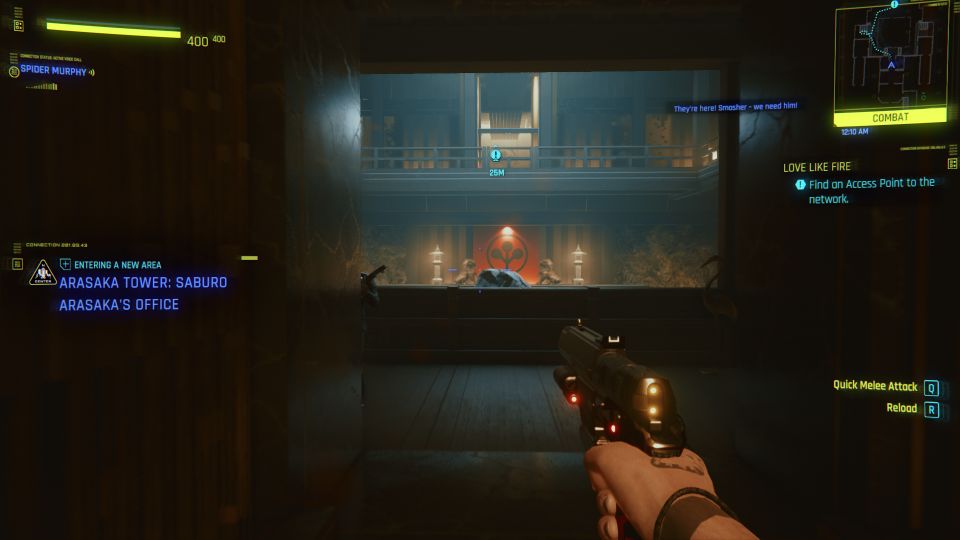 Take out all of the Arasaka guards first. 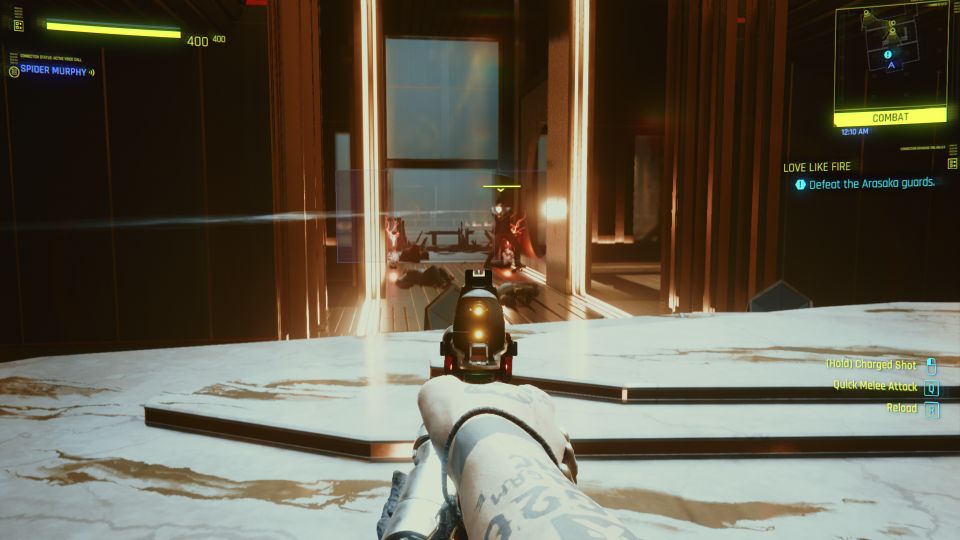 Once the guards are down, connect to the terminal. 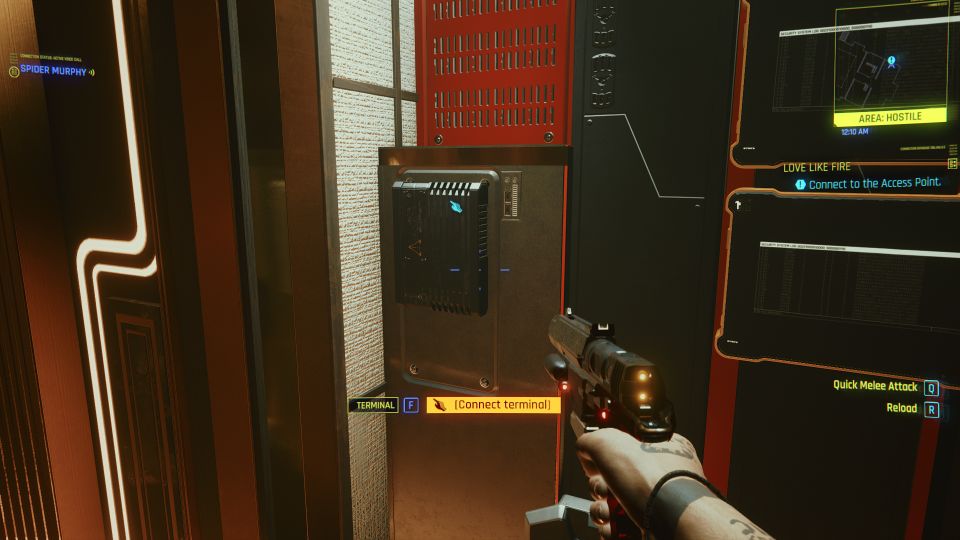 Return to the rooftop

Head back to the rooftop. Johnny however will get blasted away by Adam Smasher. 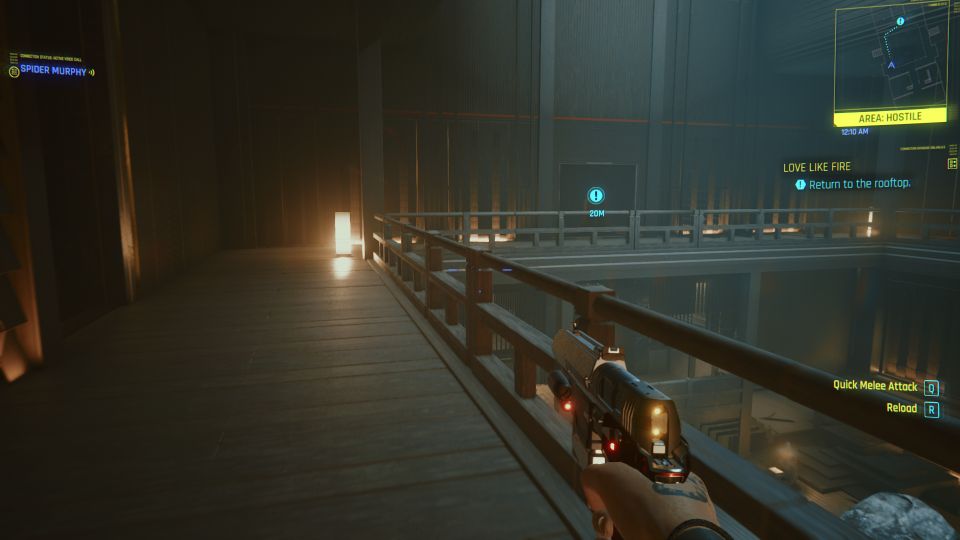 Get to the chopper

After the cutscene, Johnny somehow escaped Smasher. Head to the chopper.

While going up, Johnny gets dropped as the chopper gets hit by a blast. 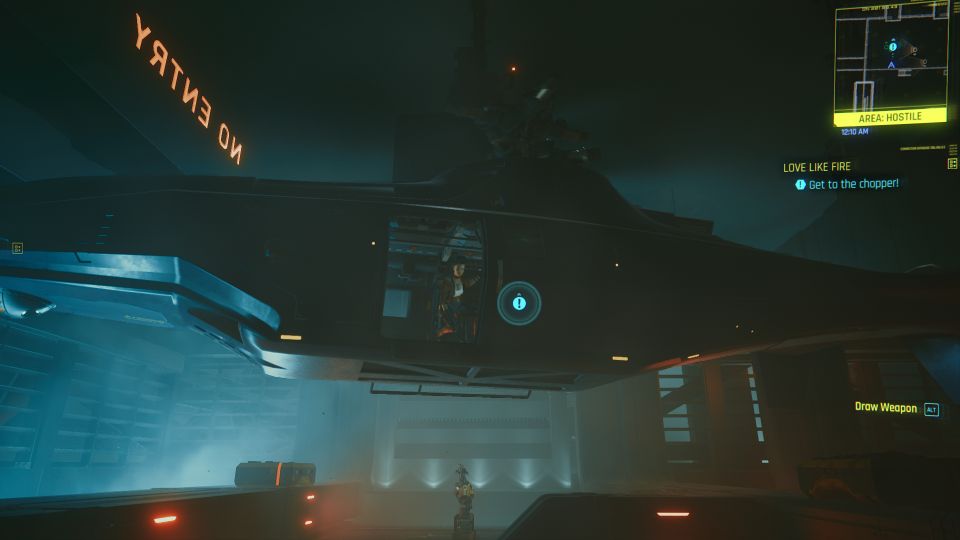 Adam Smasher reappears and puts a bullet into Johnny. 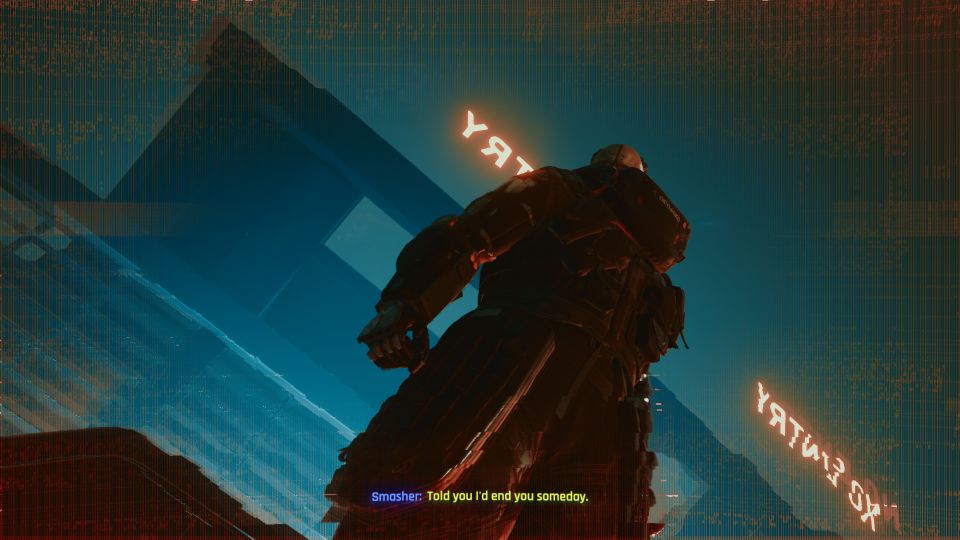 The latter then somehow transfers Johnny’s consciousness into a chip. 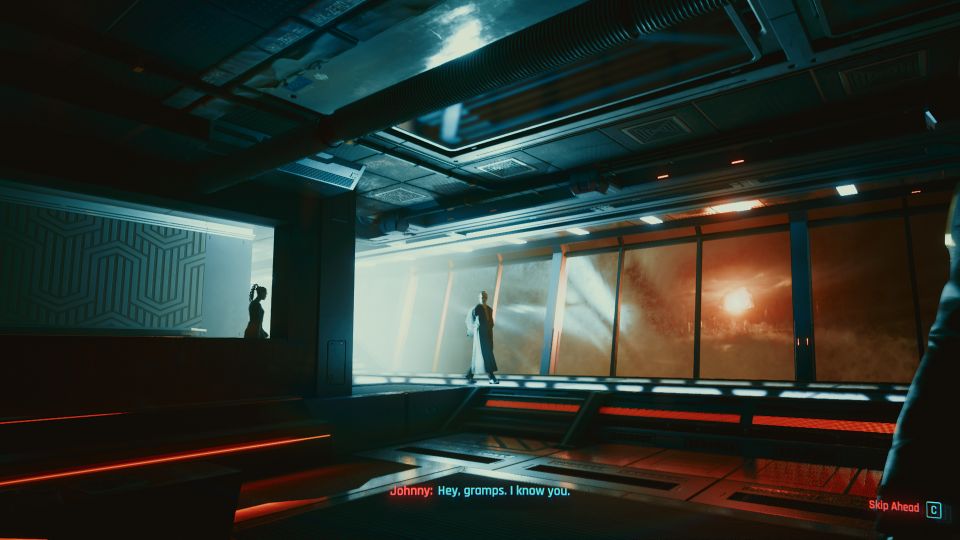