Your objective is to head to the Militech tunnel and drill your way in.

Here’s a walkthrough of Forward To Death in Cyberpunk 2077. 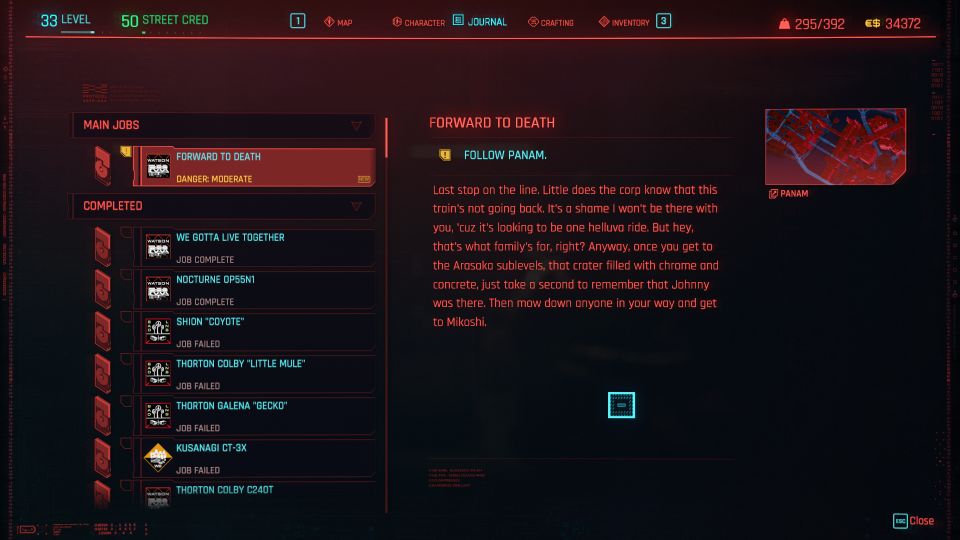 After starting the job, just follow Panam as you head to the rest. 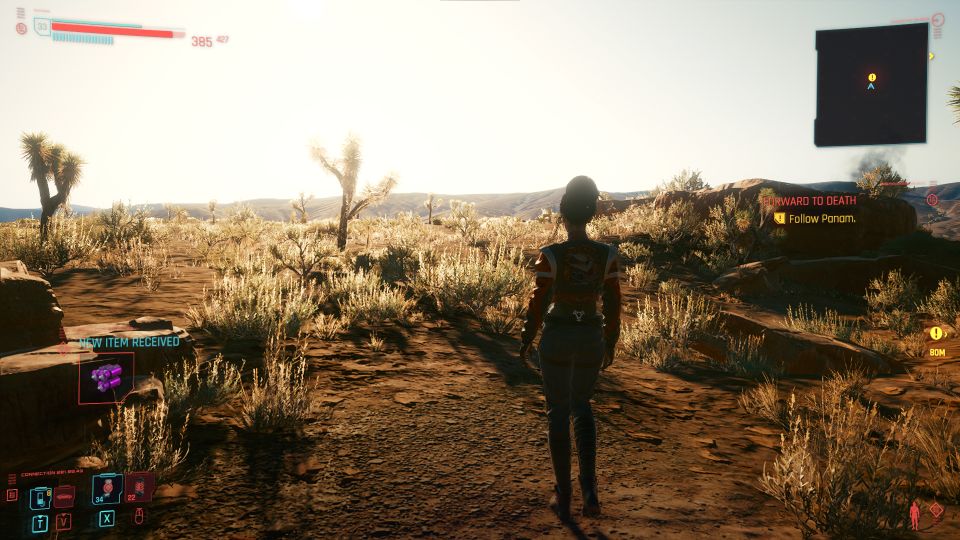 Take the shard from Saul to watch the drone. 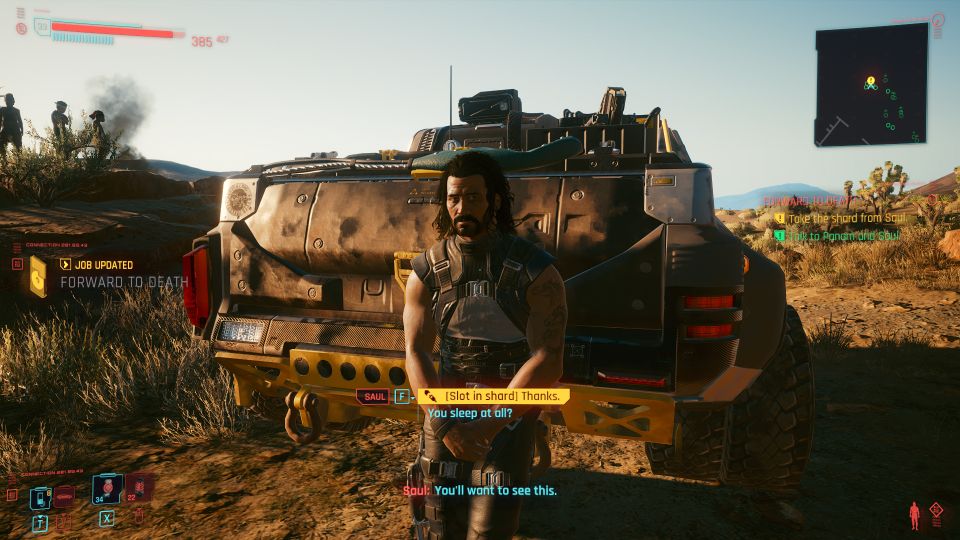 In the drone’s view, you can scan the construction site. 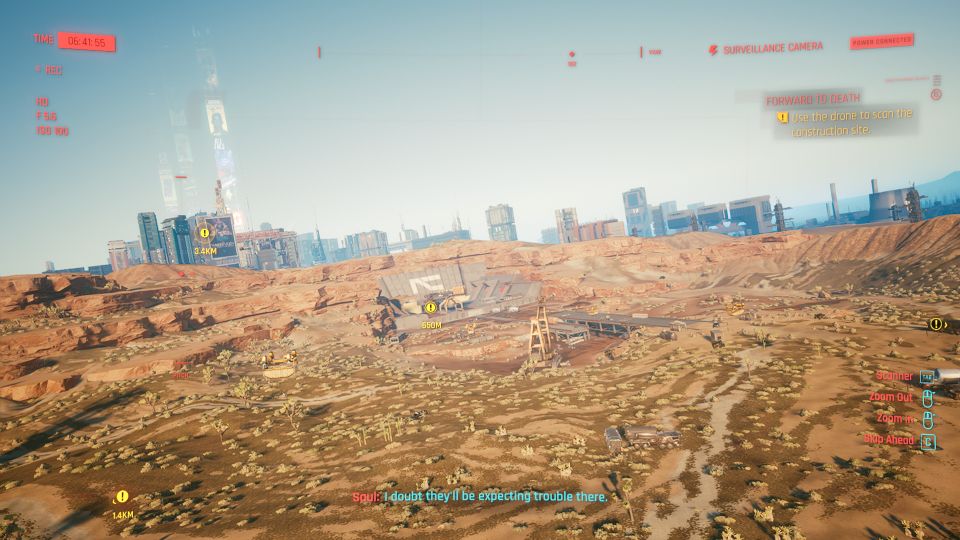 Get in the Basilisk when you’re ready to start the job. 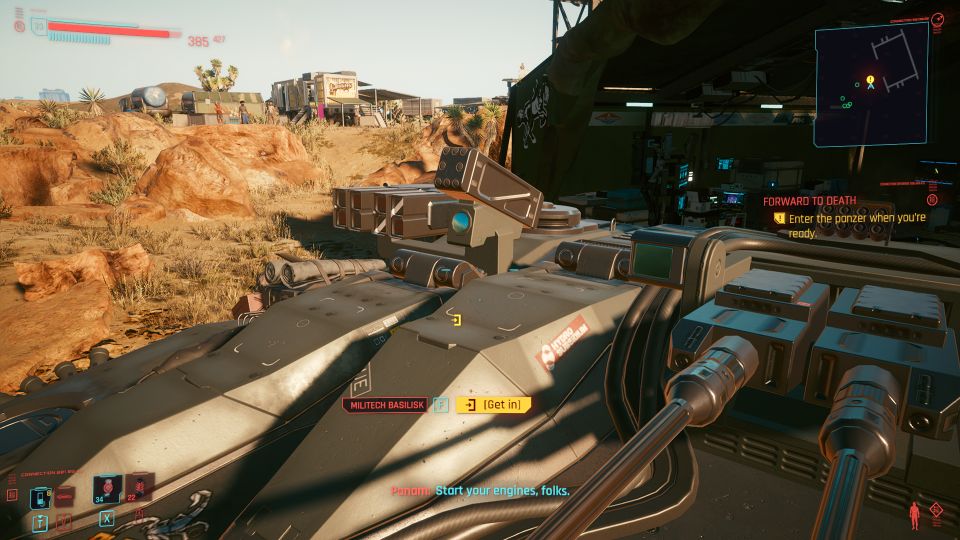 Drive the panzer and follow Saul all the way to the Militech tunnel. 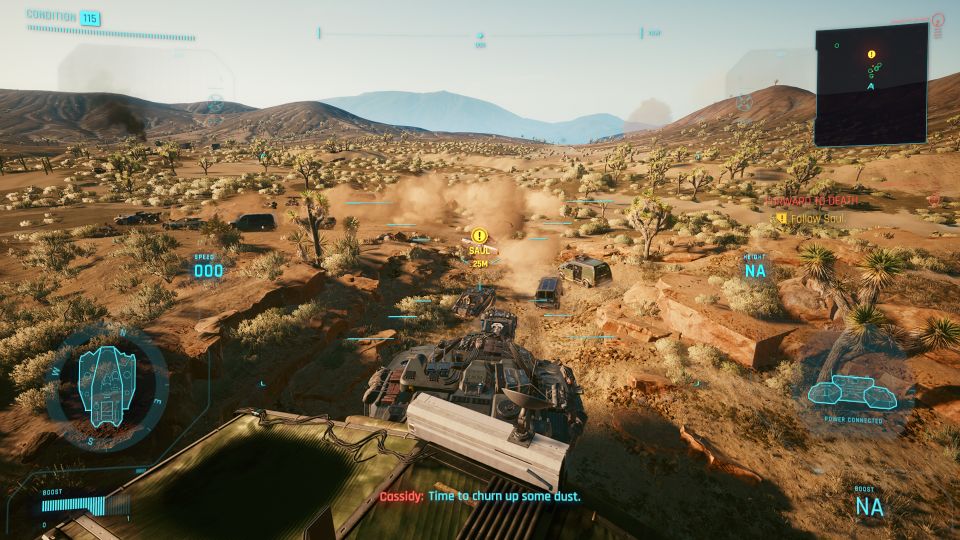 As the panzer malfunctions in the middle, you have to use the sniper rifle to take down the drones.

There’ll be a number of drones. 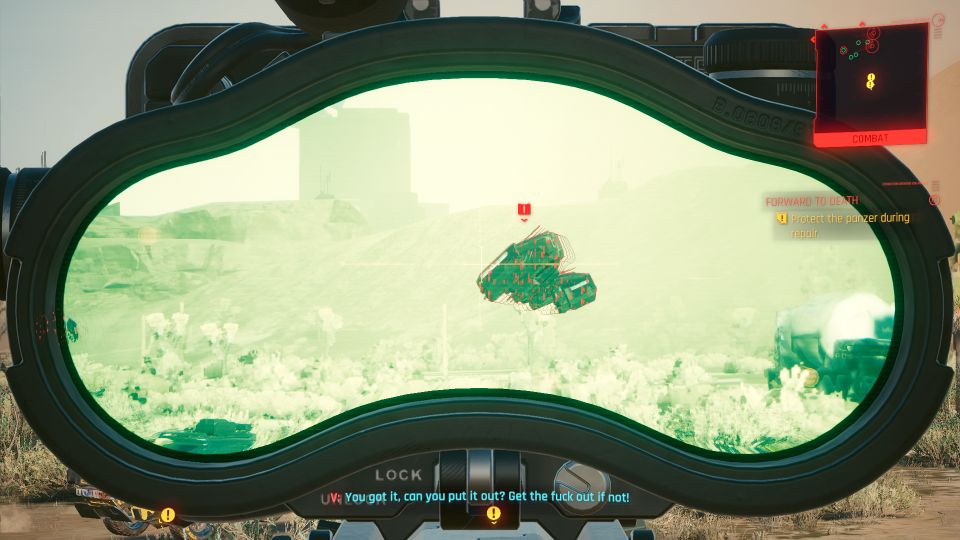 After the panzer is back online, continue following Saul. 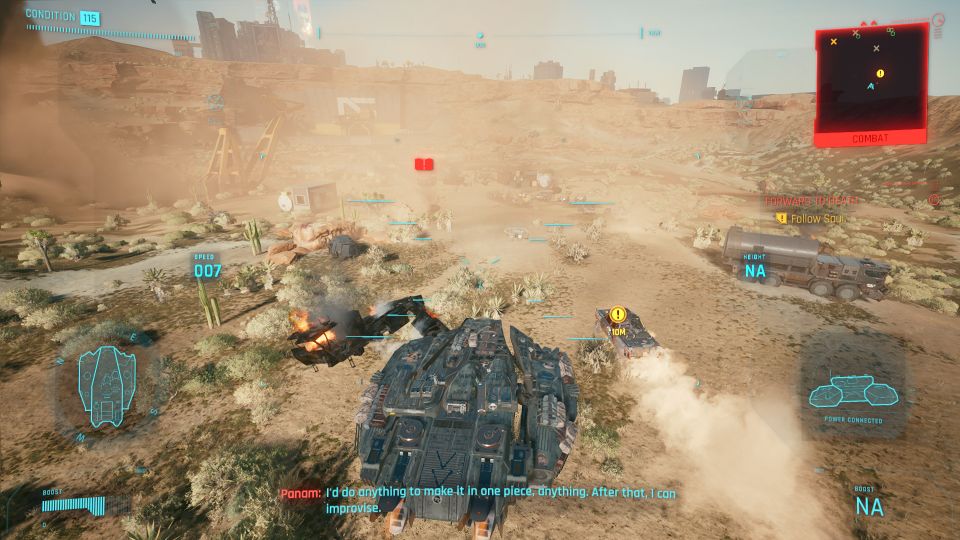 Ram your way through the bridge

Just drive through the barricade on the bridge. You can use your artillery to take the enemies out as well. 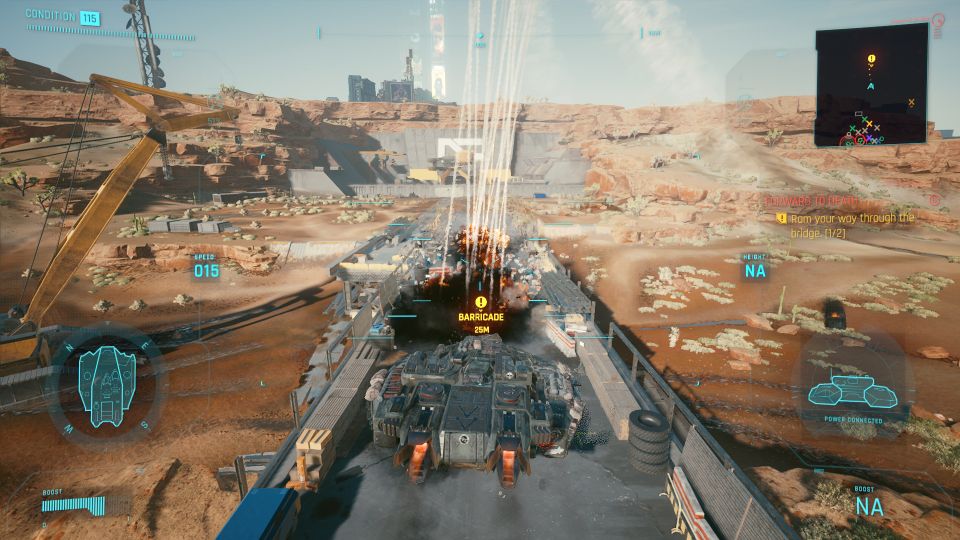 You’ll then have to eliminate all of the enemies in the construction site. 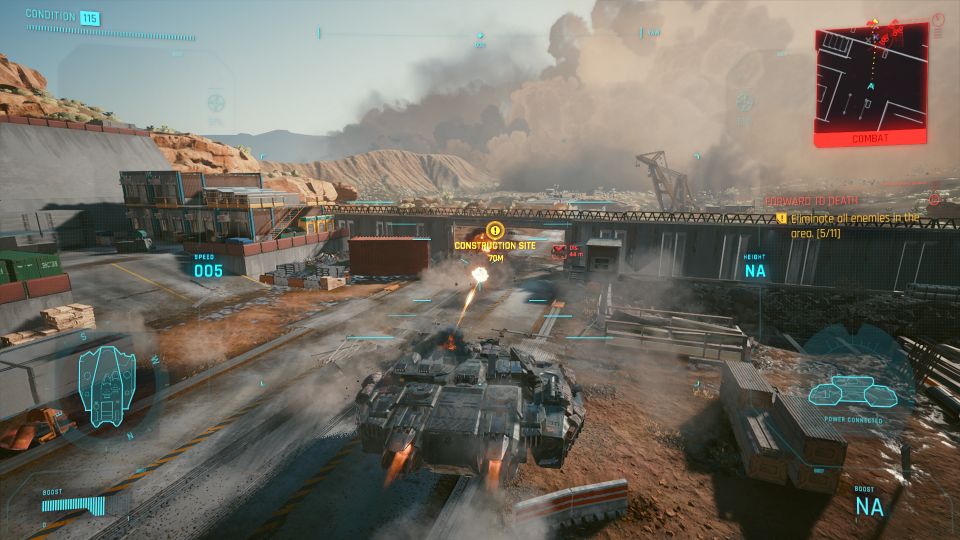 After getting out the panzer, continue to neutralize the enemies. 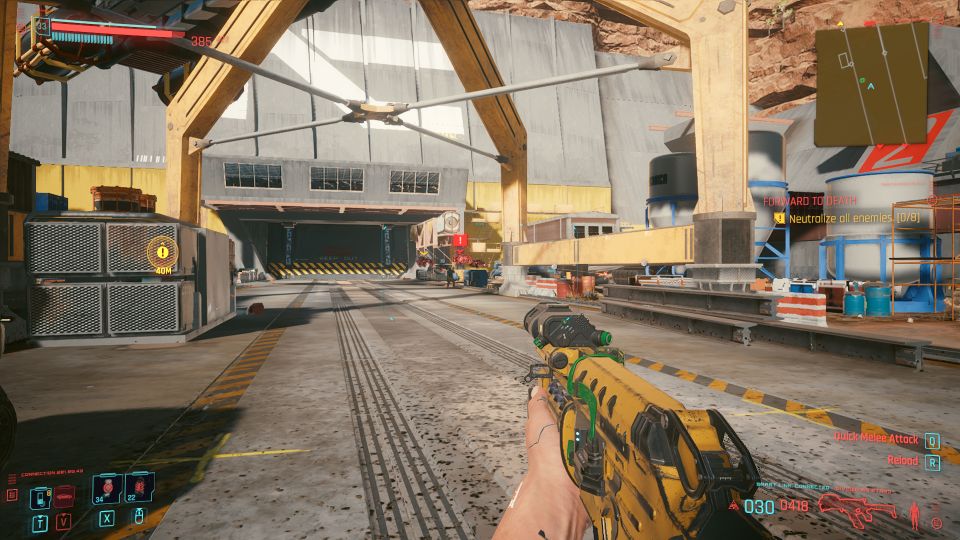 Next, follow Mitch and Carol up the stairs, to the control room. 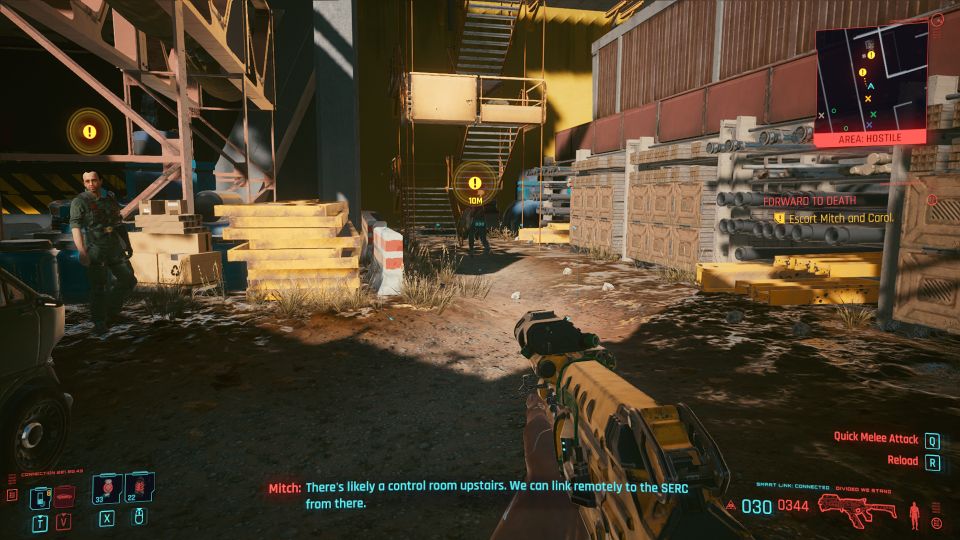 More Militech forces will arrive from outside the construction site. They will come in trucks. 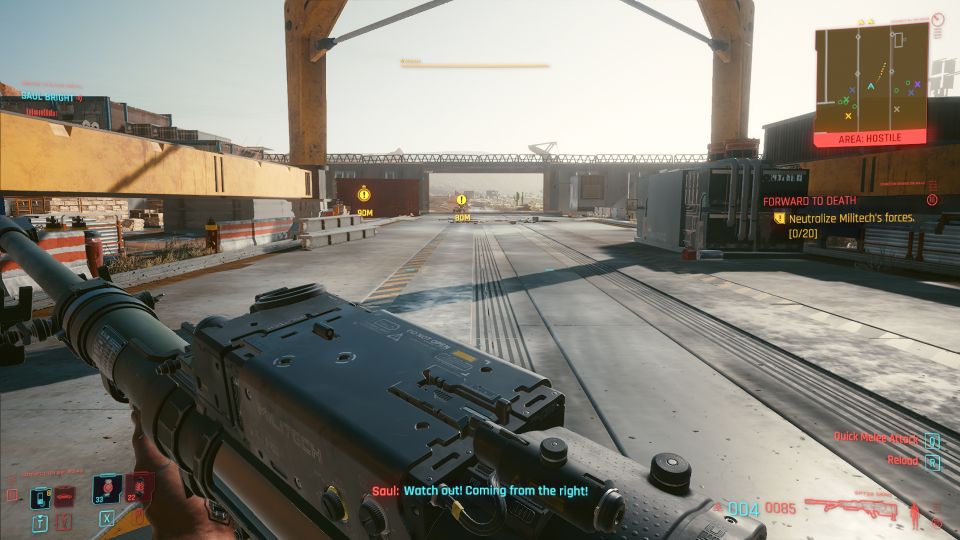 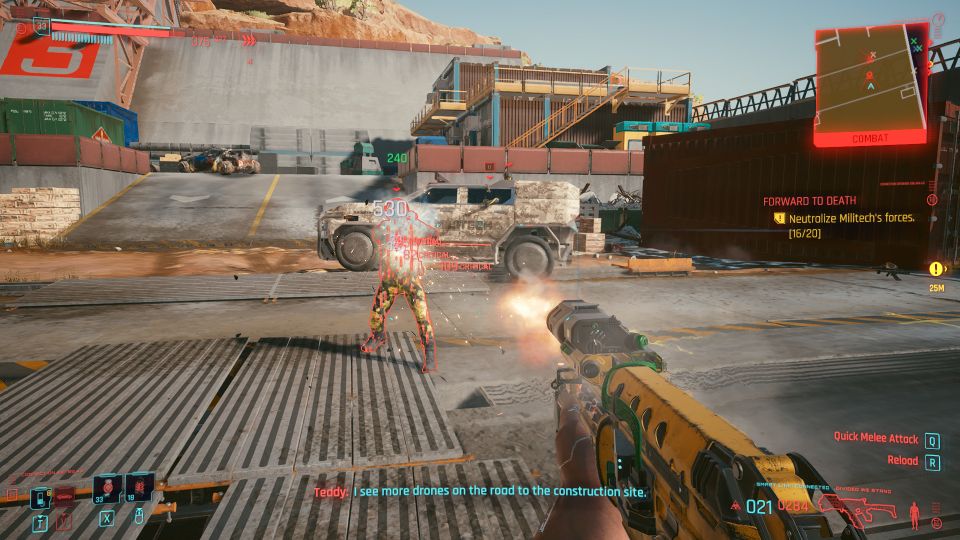 A Militech AV will fly in. More enemies will appear. Take them down as well. 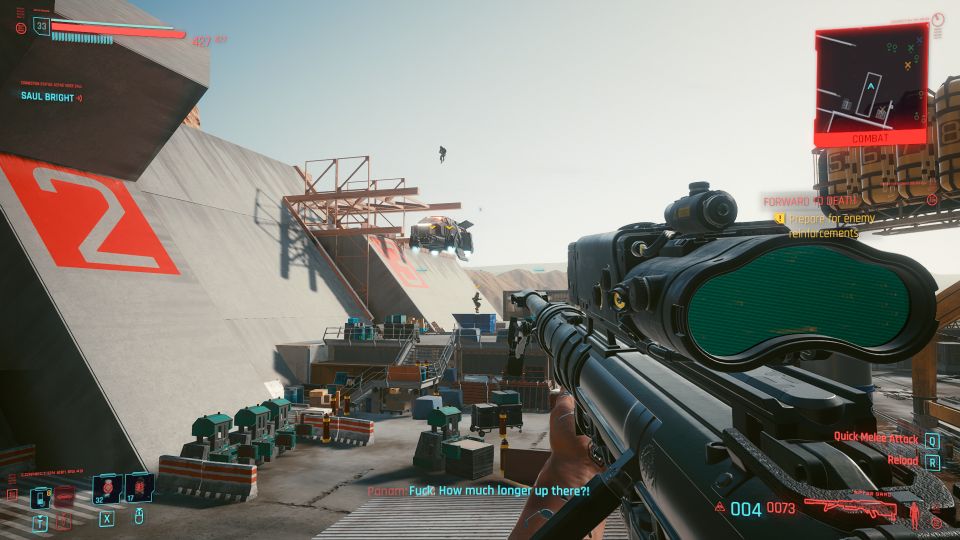 Defeat the mech as well. 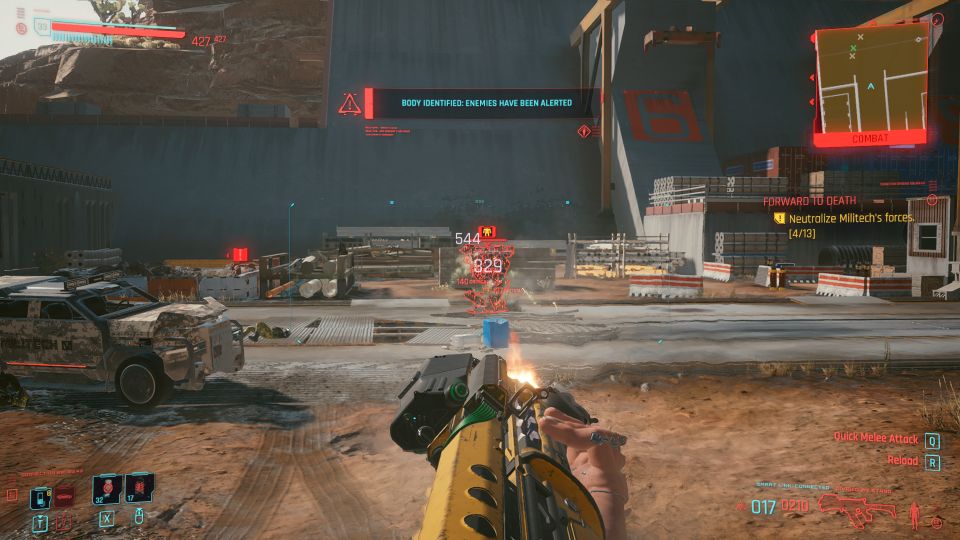 Once the enemies are dead, enter the panzer. 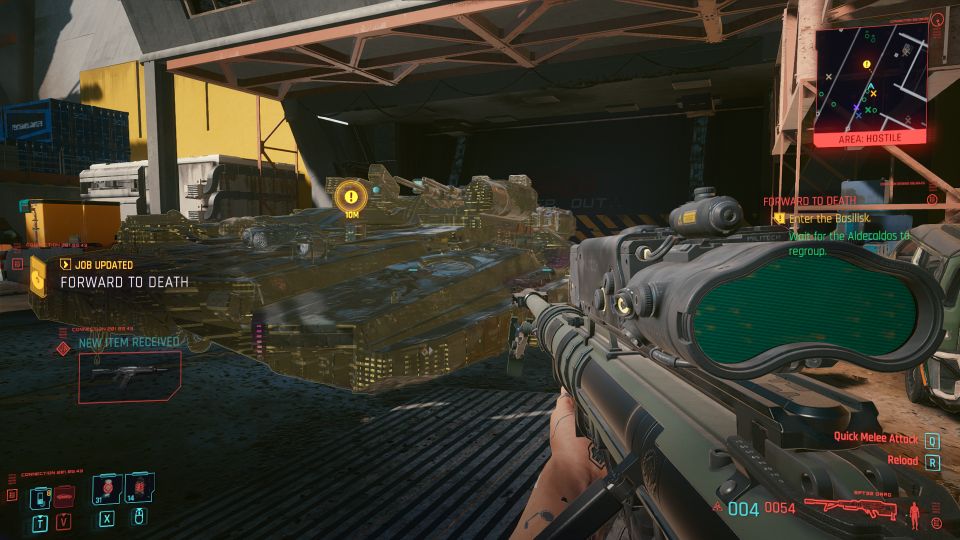 Use the panzer and get out of the site first. 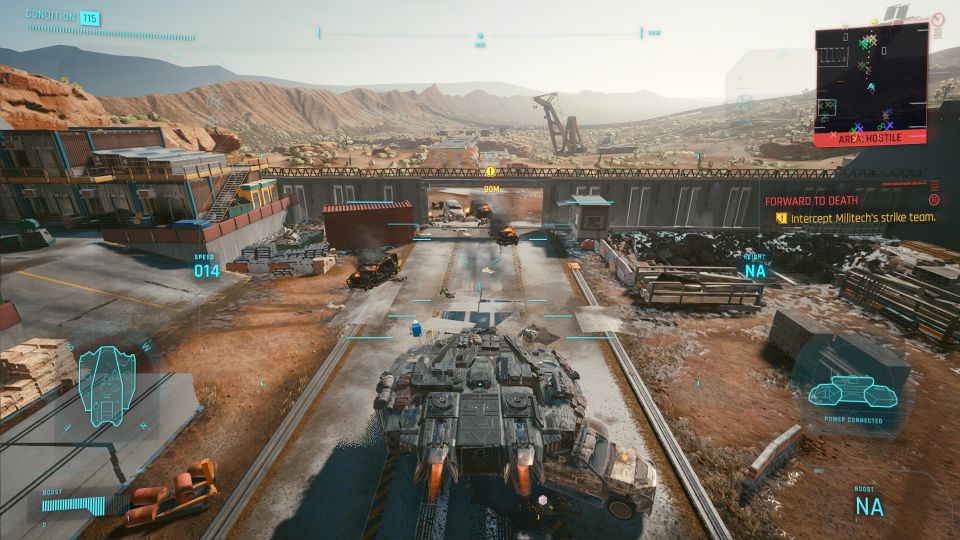 Destroy all of the Militech’s strike team. 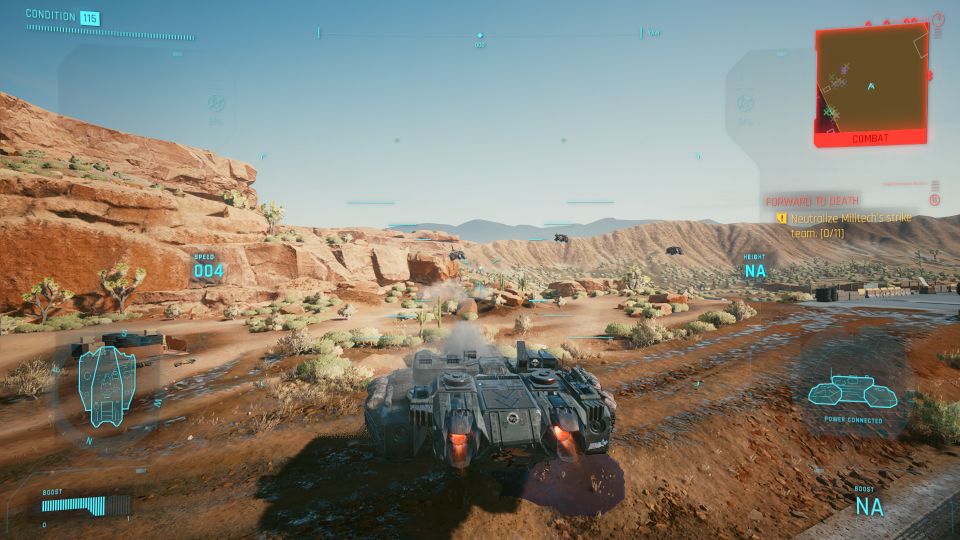 Cyberpunk 2077: We Gotta Live Together Walkthrough