Your objective is to defeat El Cesar in a fighting match.

Here’s a walkthrough of Beat On The Brat (The Glen) in Cyberpunk 2077. 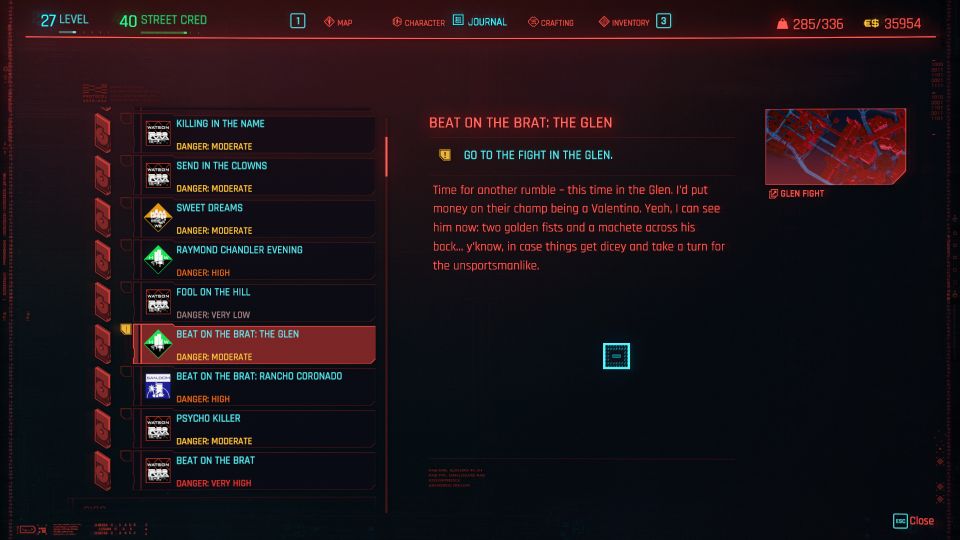 Go to the fight in Glen

Head to the fight location in the Glen as marked on the map. 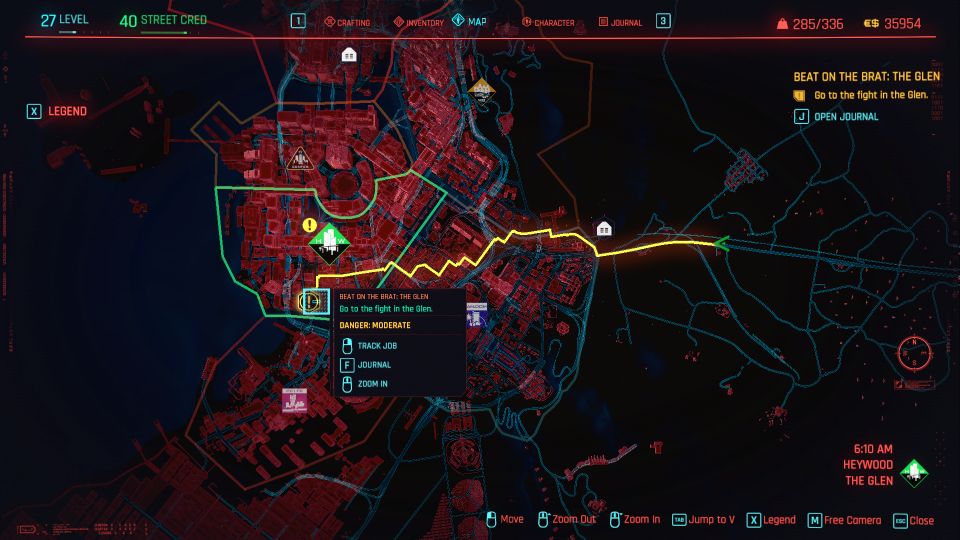 You will see El Cesar near his flashy ride. Talk to him. 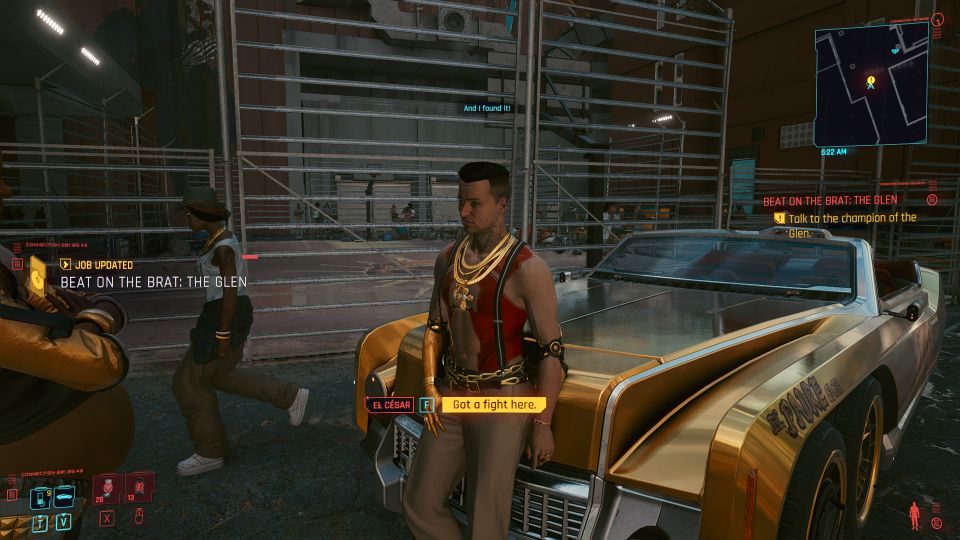 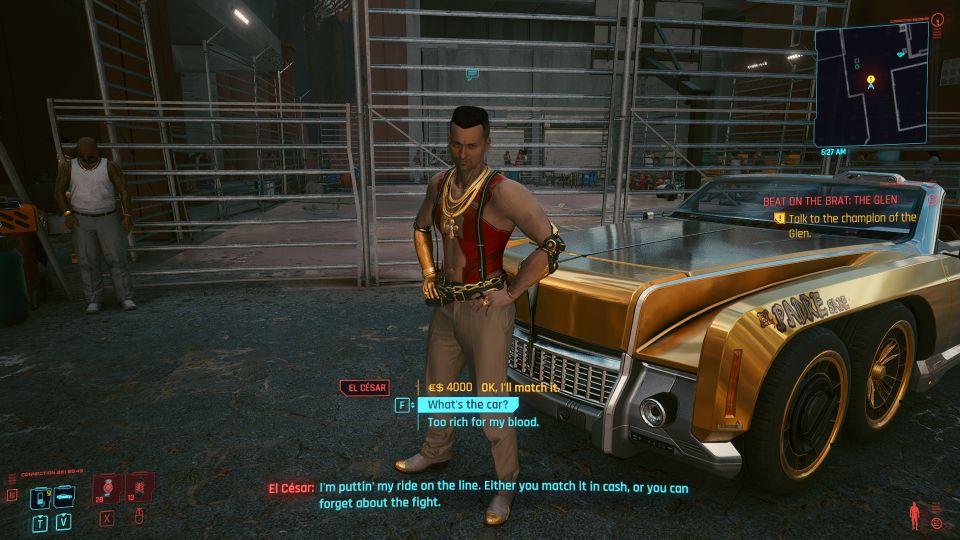 Talk to him again in the arena to begin.

The fight with El Cesar is quite straightforward. You just have to watch out for his quick movement, similar to how Oda moves.

Just dodge before he hits you and you’re fine.

The key to winning is to time your strong punches, followed by fast attack combos. Repeat until he loses.

Talk to him again

Once he is down, you have a few options:

This part’s up to you. You can choose whichever combination you want.

I personally chose to keep the ride and gave him the eddies. 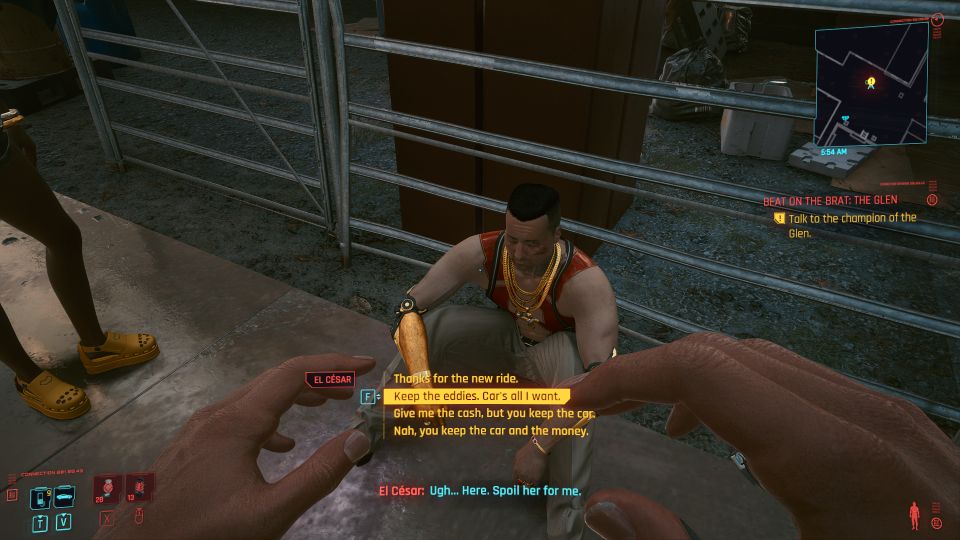