Flann Over Ireland is a main quest in the new DLC in Assassin’s Creed Valhalla.

Your task is to rejoin Barid and attend the coronation of King Flann.

Here’s a walkthrough of Flann over Ireland in AC Valhalla. 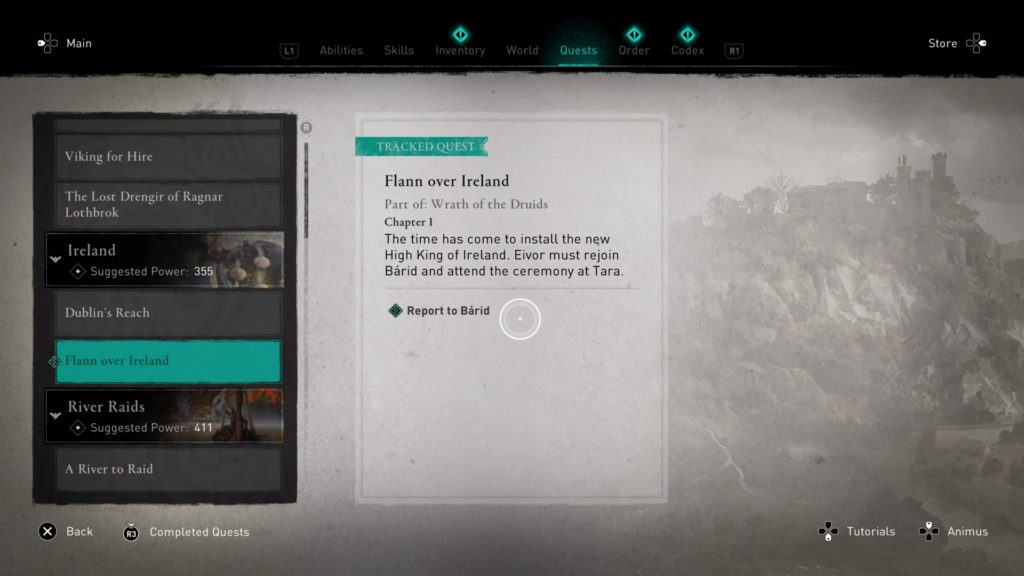 To begin the quest, talk to Barid at his castle in Dublin. 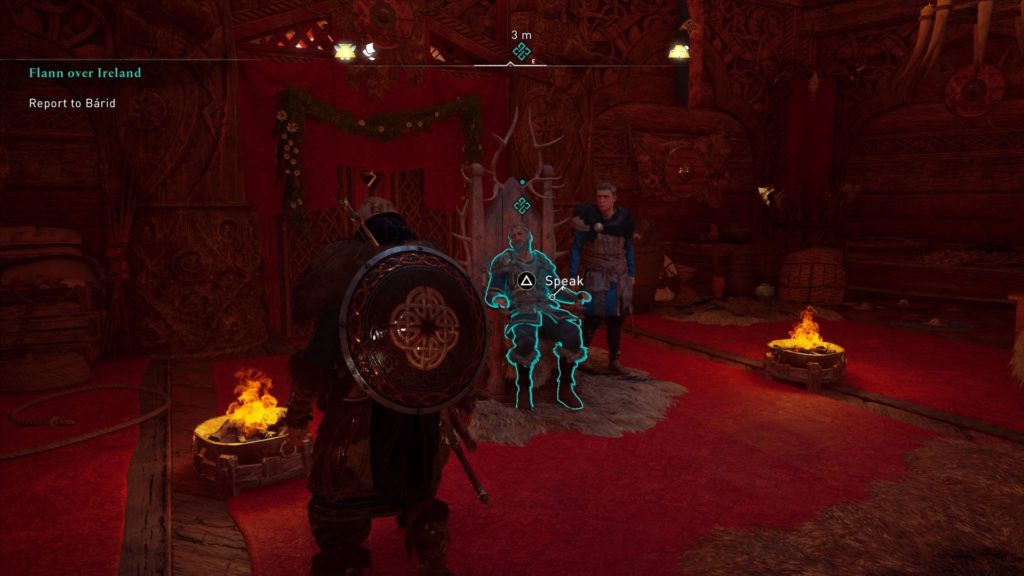 Next, head to the location shown in the map below marked by the quest symbol. 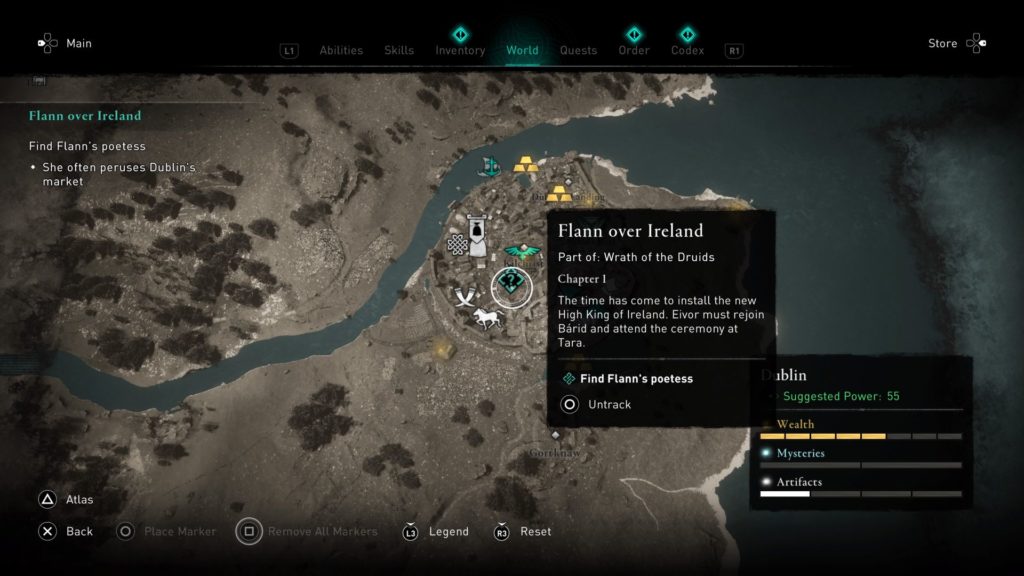 You’ll hear her singing from far. Look for her using Odin’s sight. 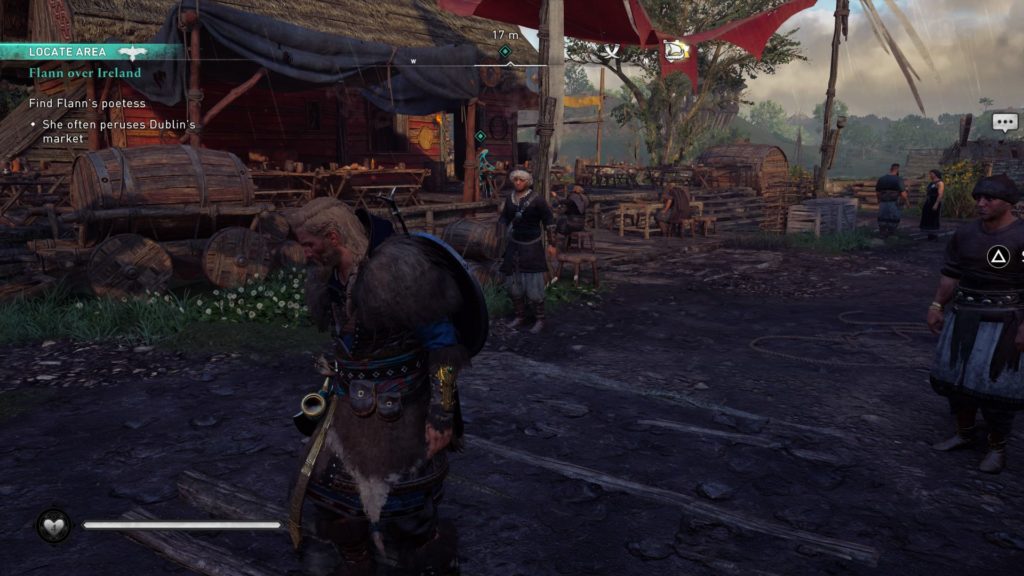 The poetess will pick a fight with two people at the tavern.

Help defend her by beating the duo in a fist-fight. 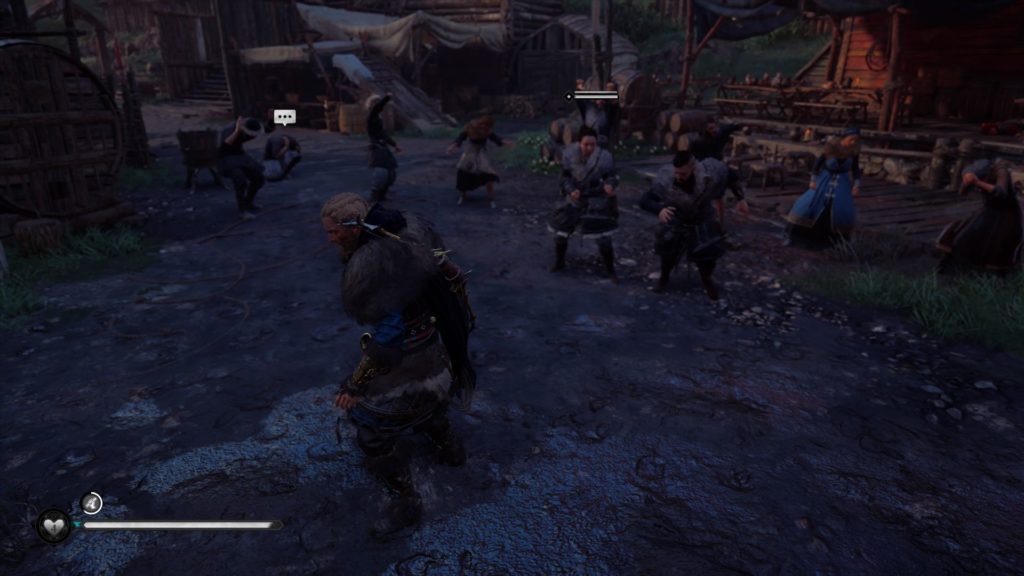 You’ll learn that she’s called Ciara. Carry her on your back. 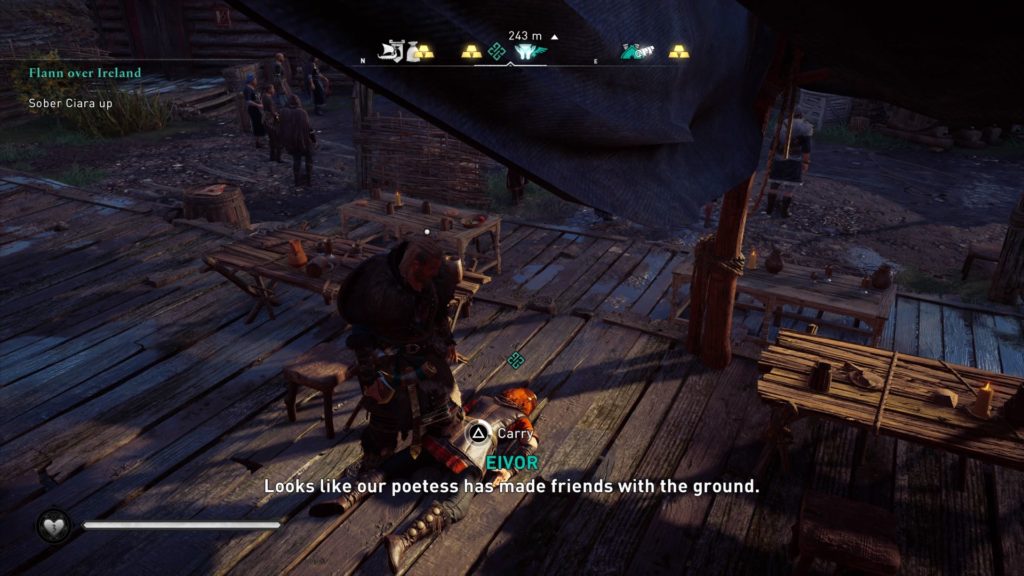 Head to the pond nearby and throw her to sober her up.

Get a horse and follow both Ciara and Barid to the coronation area.

At the location, you’ll learn that a priest has disappeared. Search the priest’s tent nearby.

Then, follow the tracks of blood using Odin’s sight.

You’ll reach some cart tracks. Follow the cart tracks all the way. You can use a horse here.

Head to the location marked on the map below to find the bandits who killed the priest.

Search the body of the bandit who stole the priest’s robe. You’ll then find a note revealing an assassination plan.

Return to Ciara and report the incident. The quest ends here.