The Kulrut is a main quest available in Horizon Forbidden West.

Your objective is to ensure the Kulrut (competition) goes well and defend it against Regalla’s rebellion.

Here’s a walkthrough of The Kulrut in Horizon Forbidden West.

Recommended level is 18 and above. 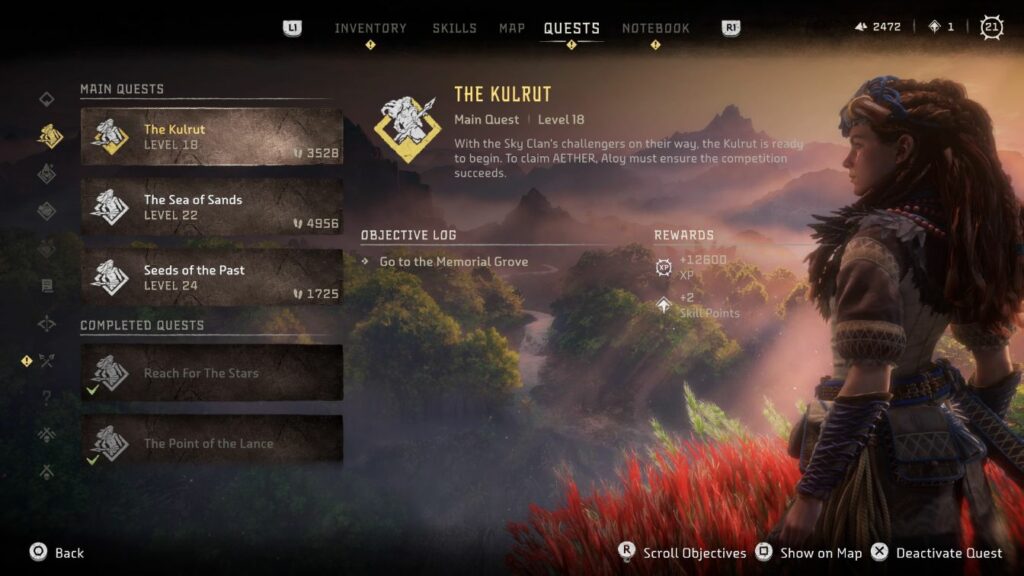 Go to the Memorial Grove

To begin, head to the Memorial Grove. The location is shown in the map below. 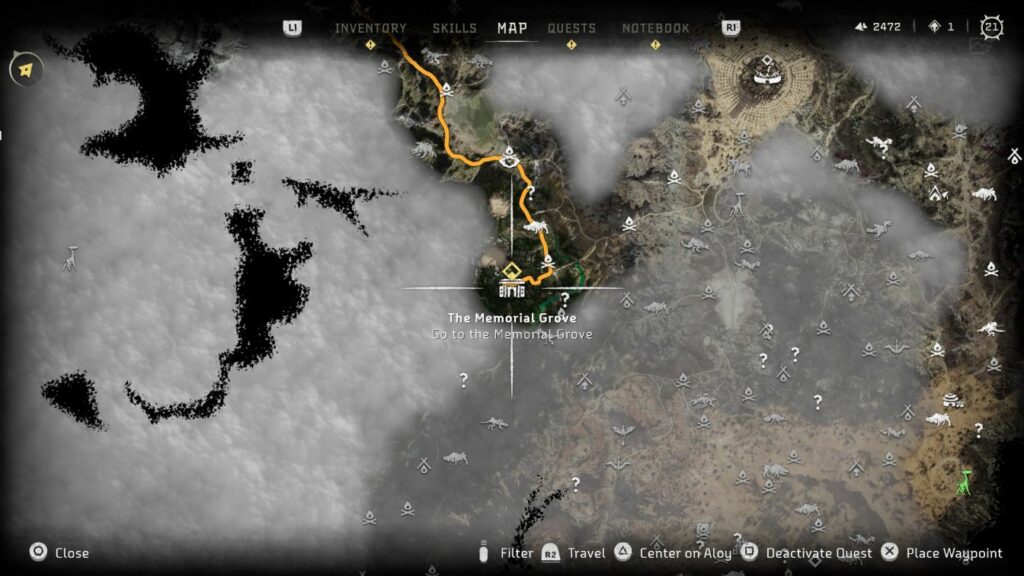 You’ll see a guard there. Talk to him and head behind the throne room. 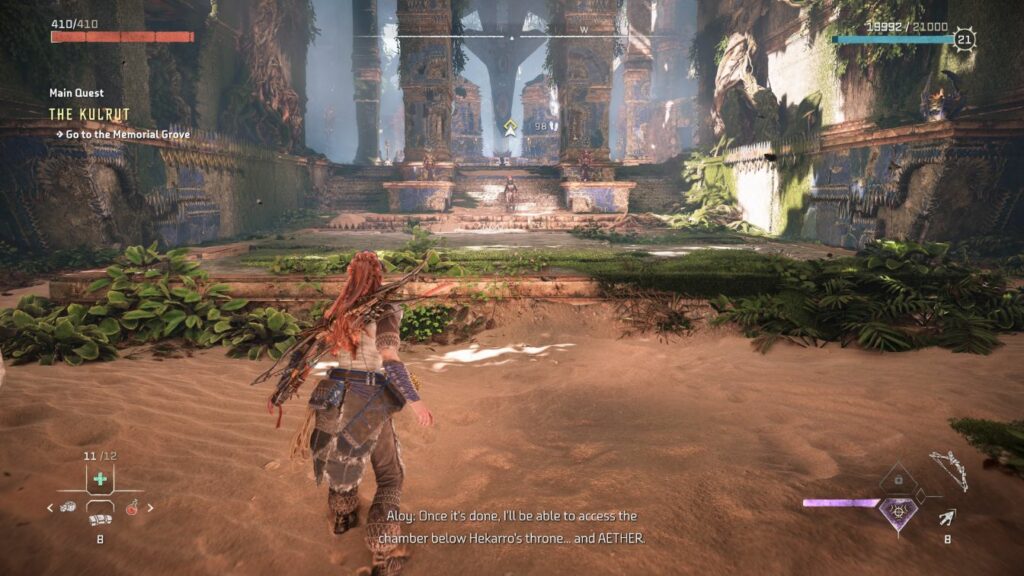 You’ll find Hekarro at the observation deck in the arena. Talk to him to proceed. 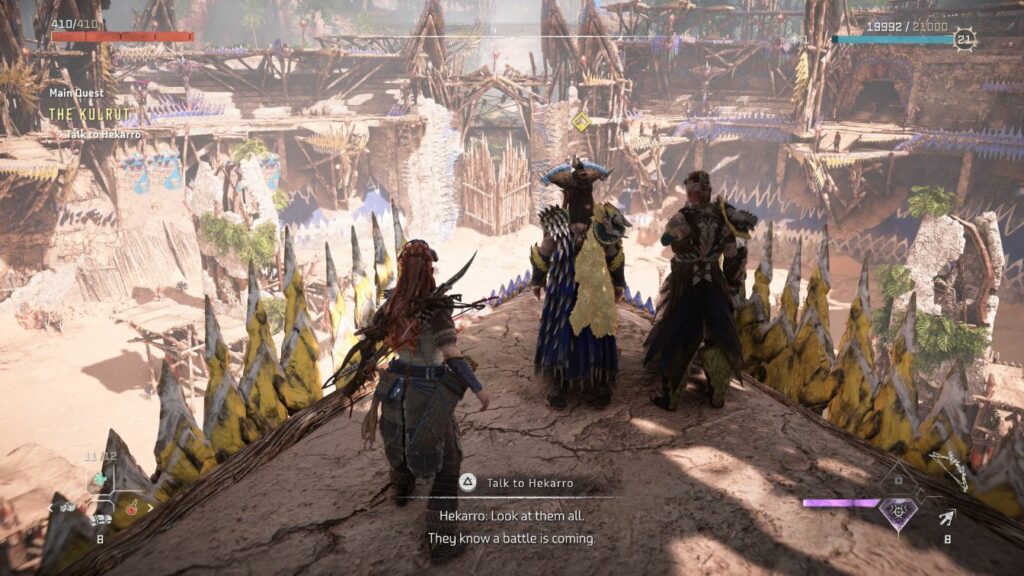 After proceeding with it, pry open the cache to obtain a new outfit. 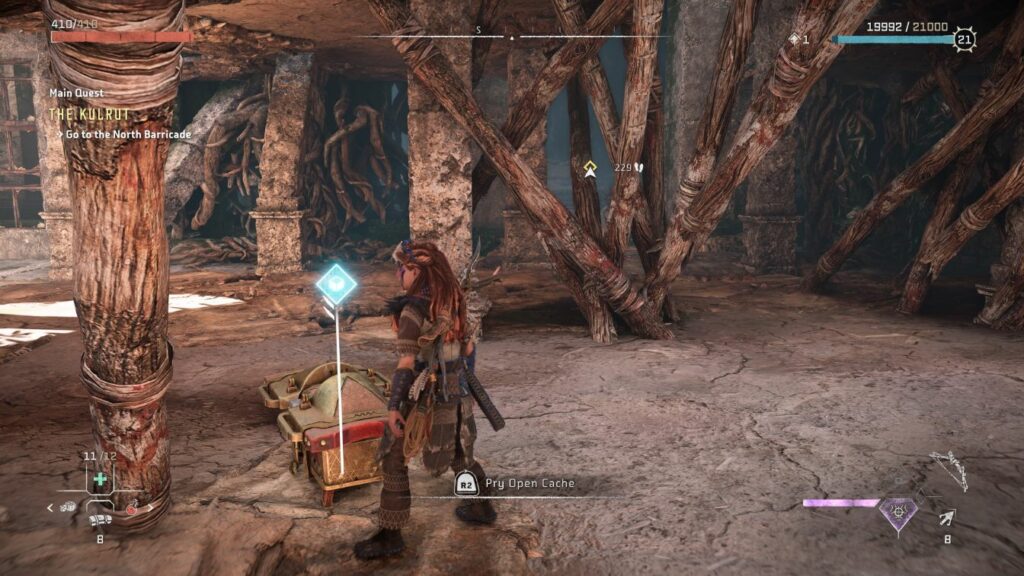 Go to the North Barricade

Next, head to the North Barricade. You can talk to Tekoteh on the way there. 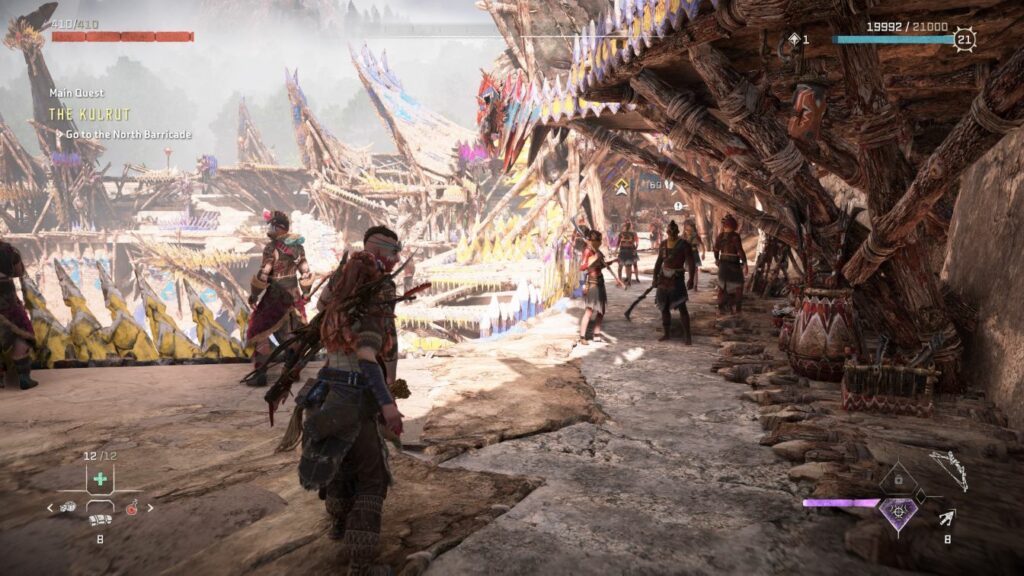 Continue to the barricade and talk to Dekka. 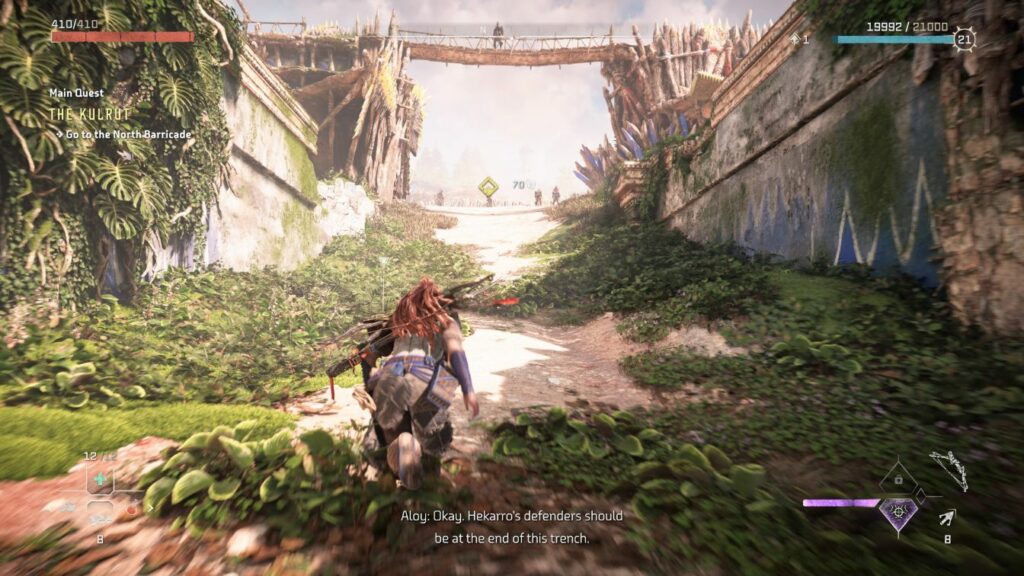 You’ll be given a cannon to use. Just shoot and kill the machines. 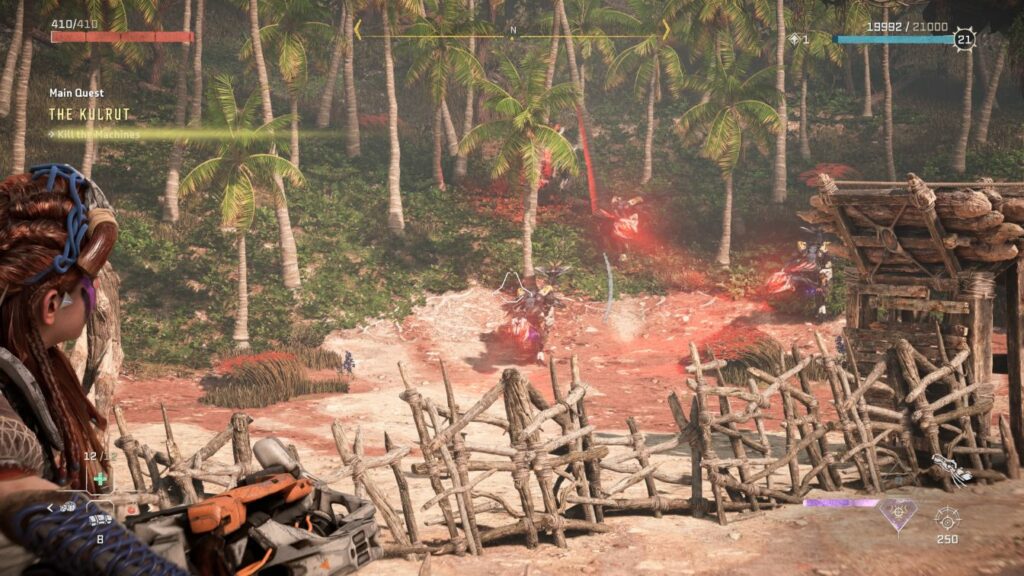 After you run out of bullets, head to the other side to use the cannon and finish the job. 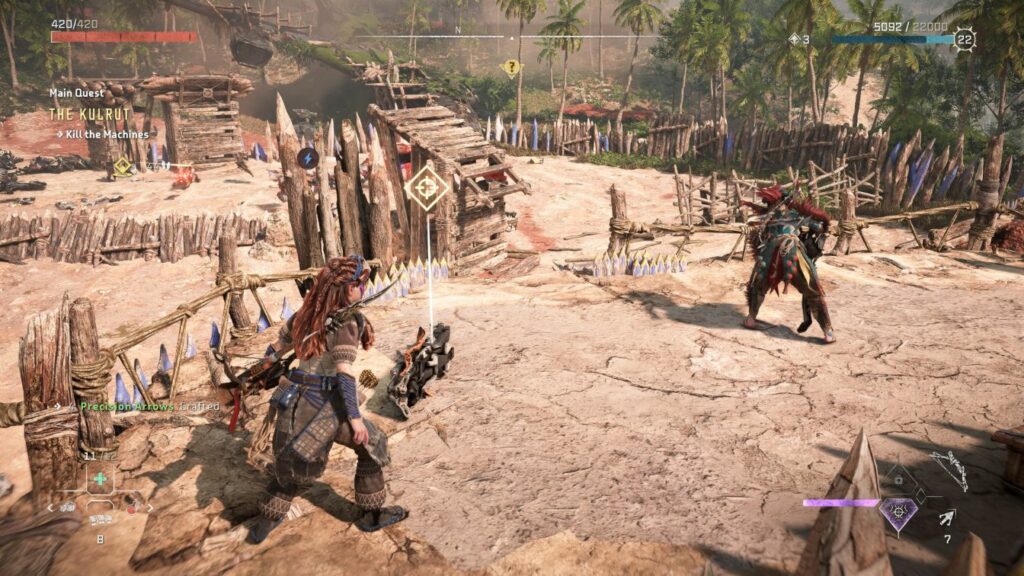 After the cutscene, you need to defeat the viper machine with the help of someone using the ballista.

Also, use focus to identify the weak spots and attack them. 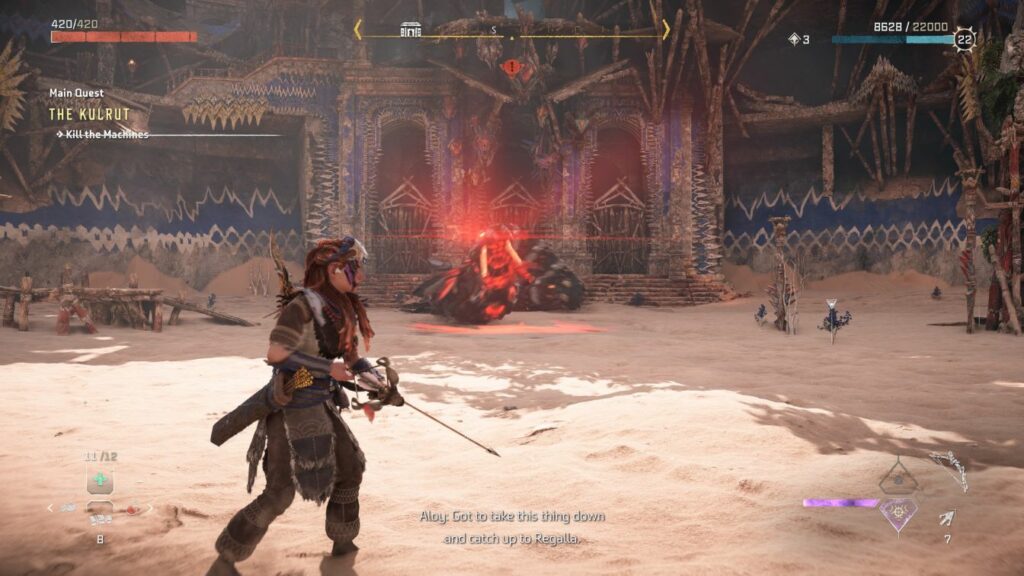 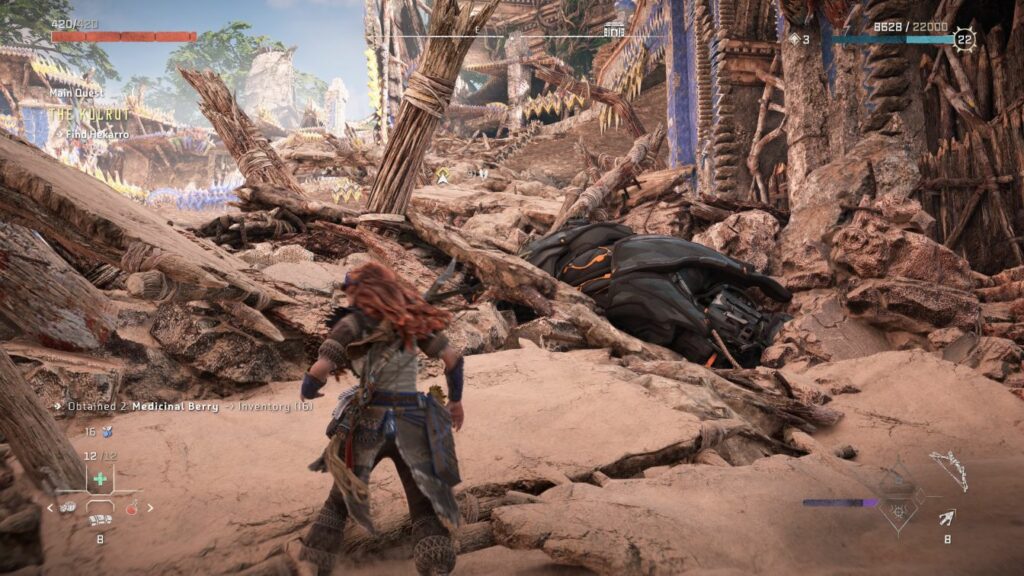 Once you reach Hekarro, a cutscene will load. Regalla flees the scene.

Then, head down the chamber to look for AETHER. 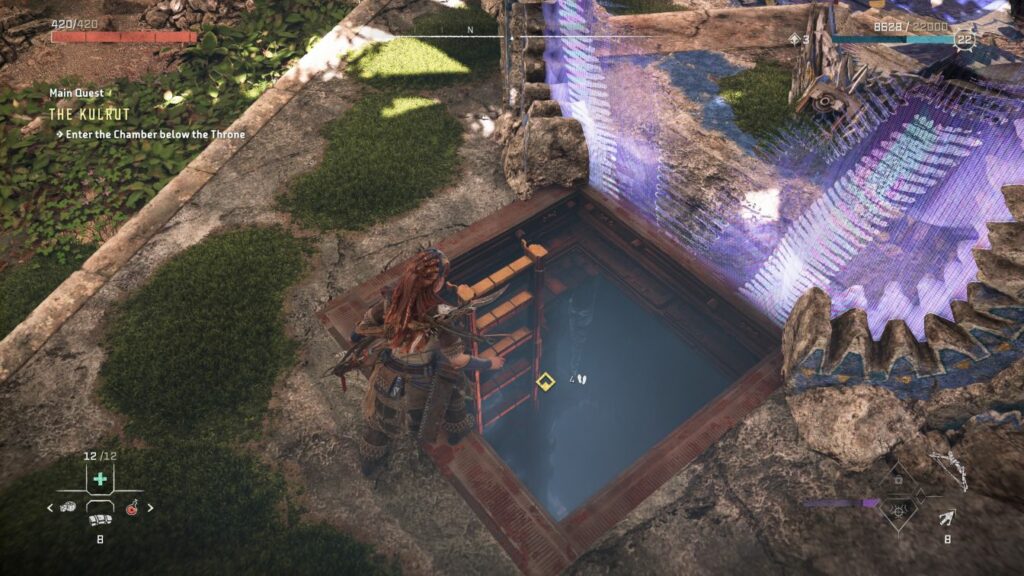 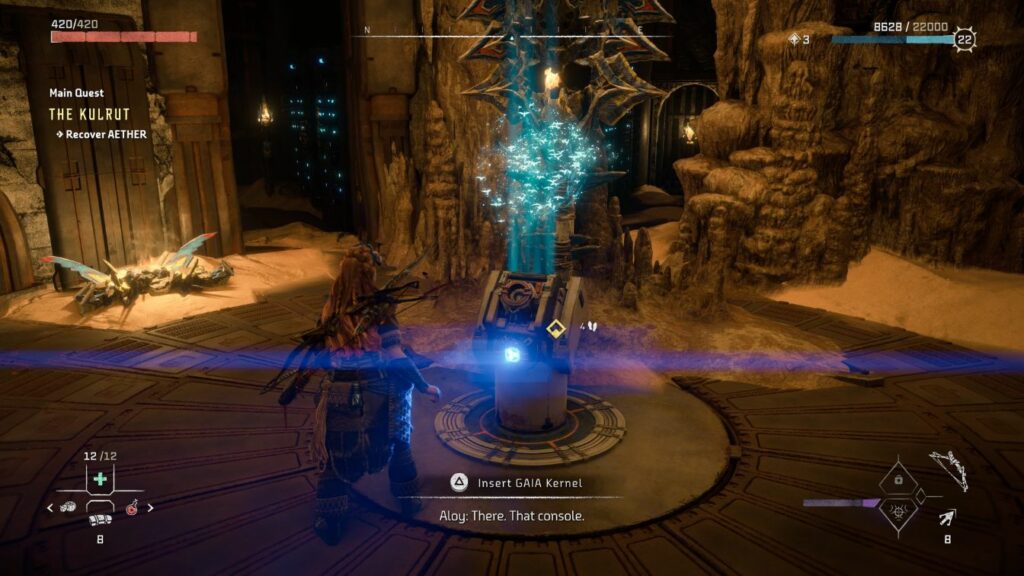 After retrieving AETHER, talk to Dekka once you climb back up.

You’ll see a holographic screening of the Old Ones that Hekarro saw a long time ago. 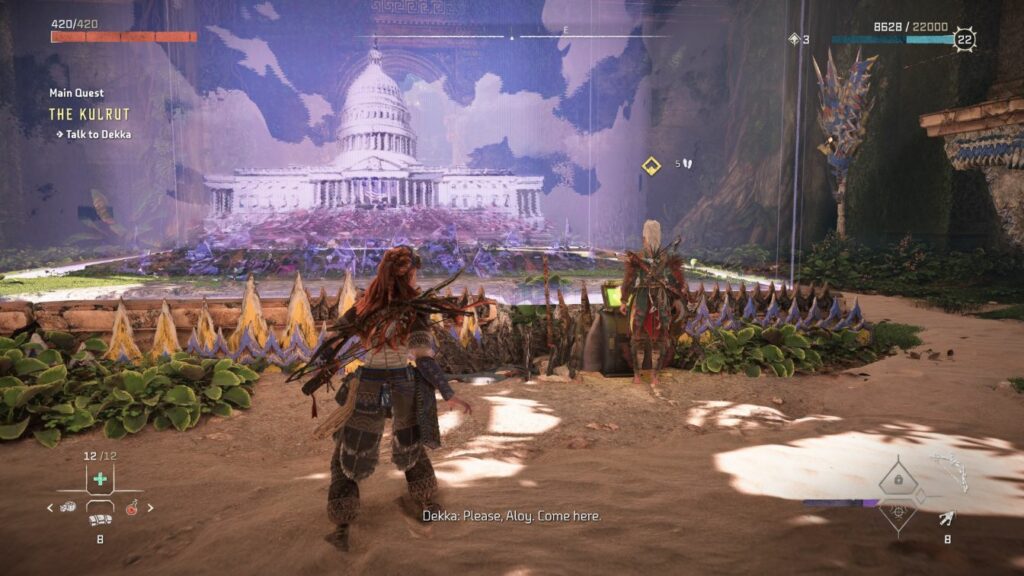 Return to the base

Get back to the base where GAIA is. 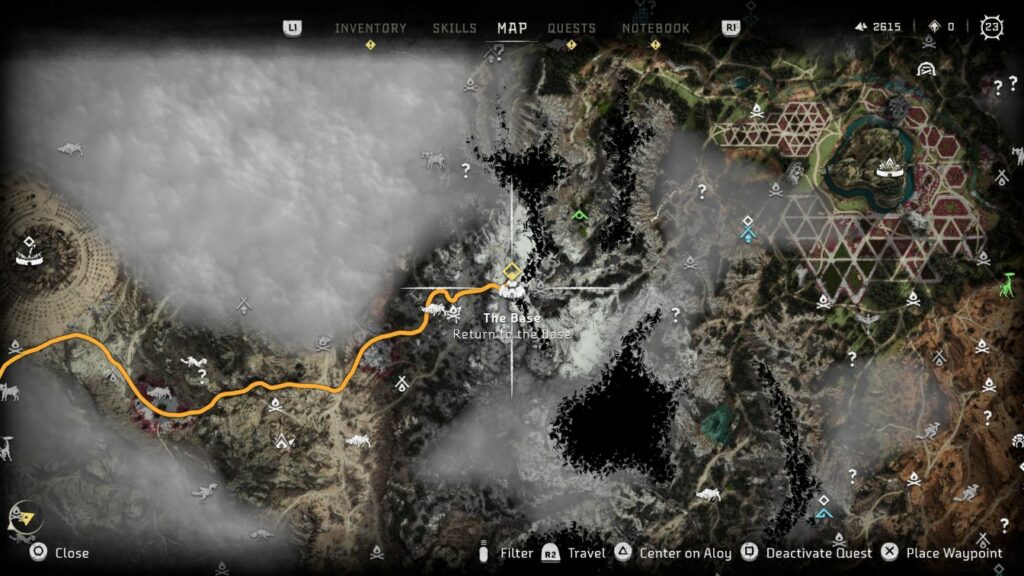 You can fast travel to the nearby campfire.

From the campfire, climb up the mountain a little and you’ll see the door.

After the cutscene, deliver AETHER to GAIA and the quest ends here. 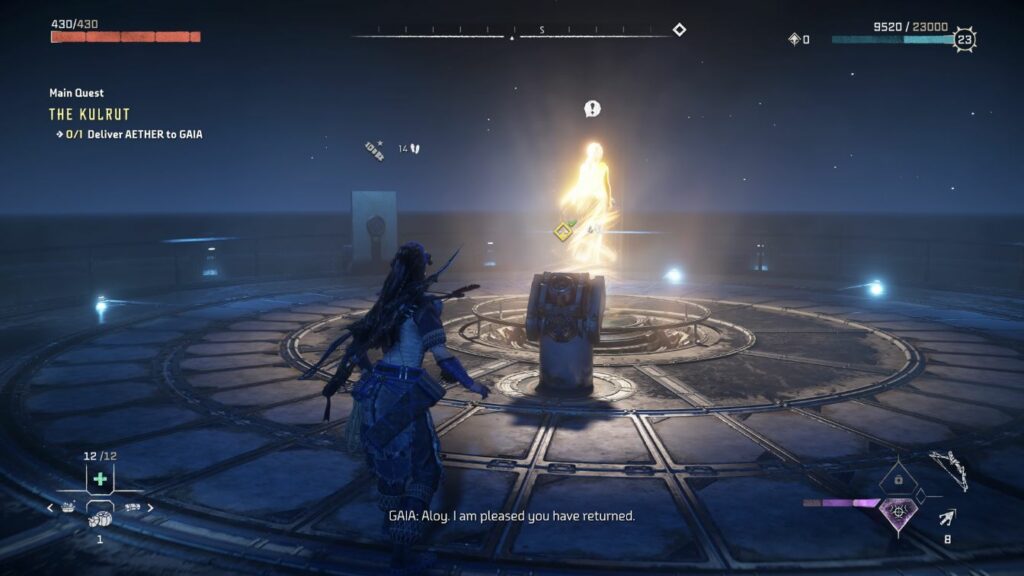