The Embassy is one of the earlier main quests in Horizon Forbidden West.

The objective is to ensure that the embassy between the Carja and the Tenakth are held to allow Aloy to go to the west.

Here’s a walkthrough of The Embassy in Horizon Forbidden West.

This quest is recommended for level 7 and above. 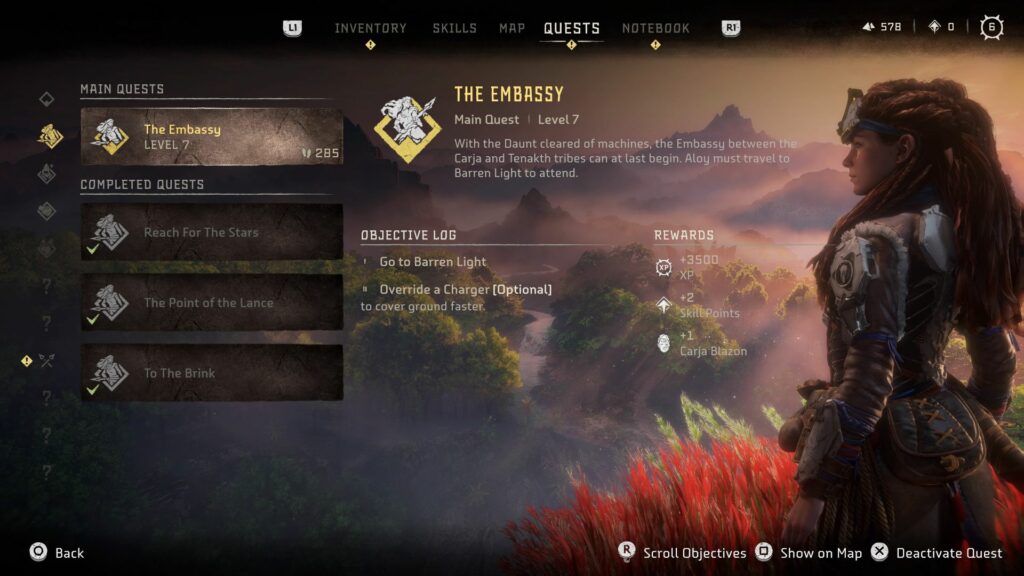 Before going to Barren Light, there’s an optional objective to override a Charger as shown in the map below. 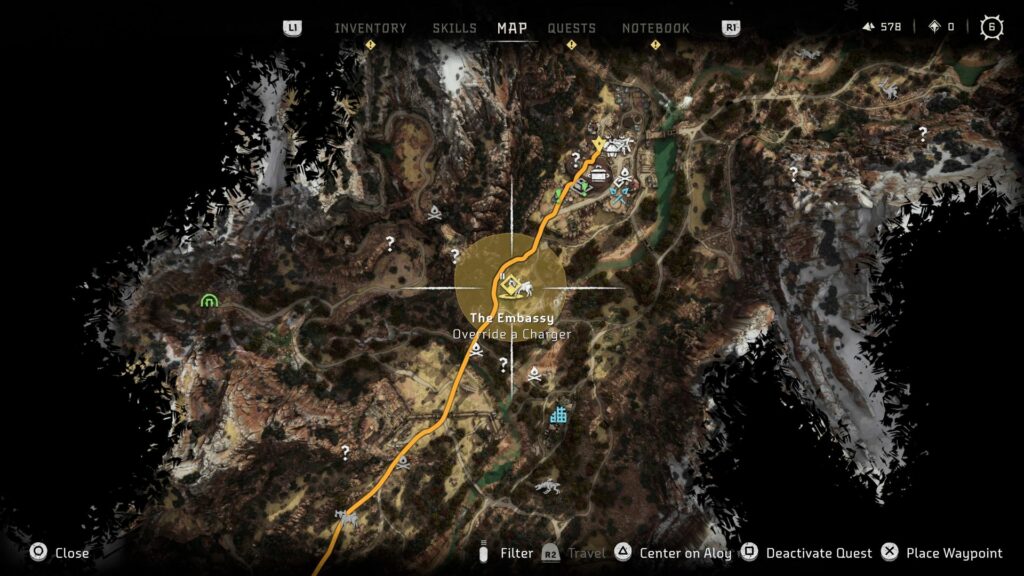 To override it, just sneak behind it and hold Triangle. You’ll be able to mount it then.

That said, it seems to be pretty slow. 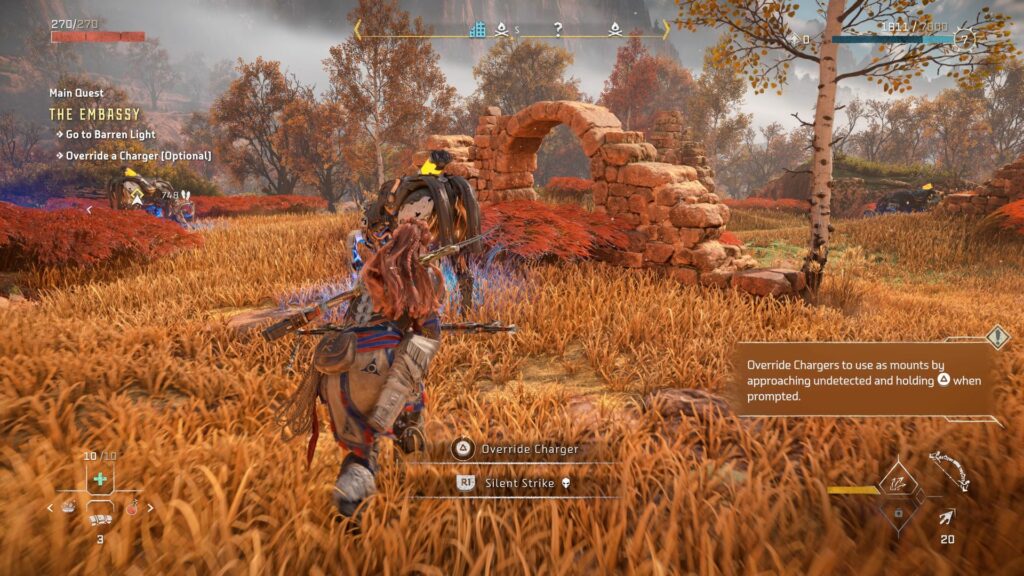 Once you’re ready, head over to Barren Light. 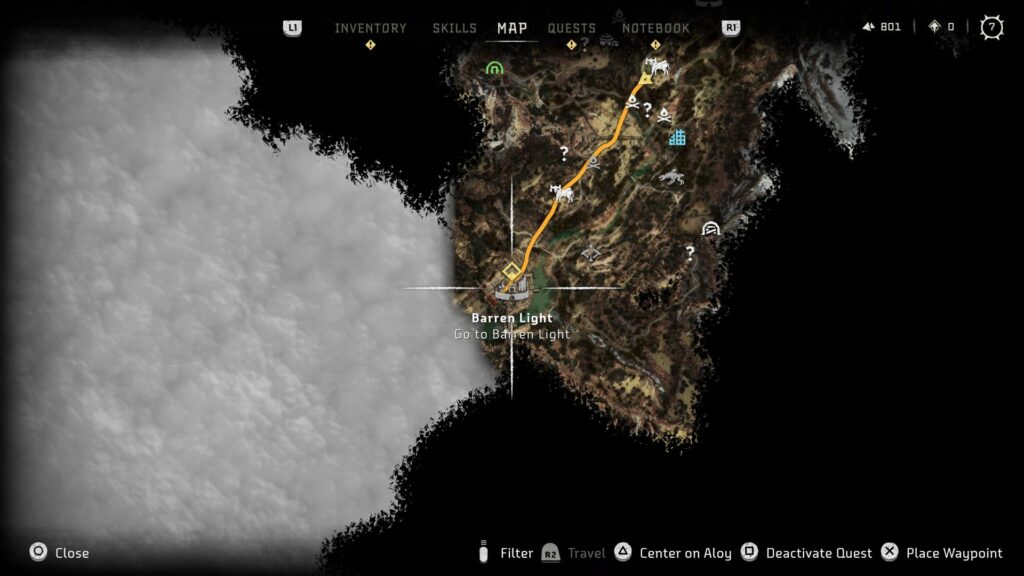 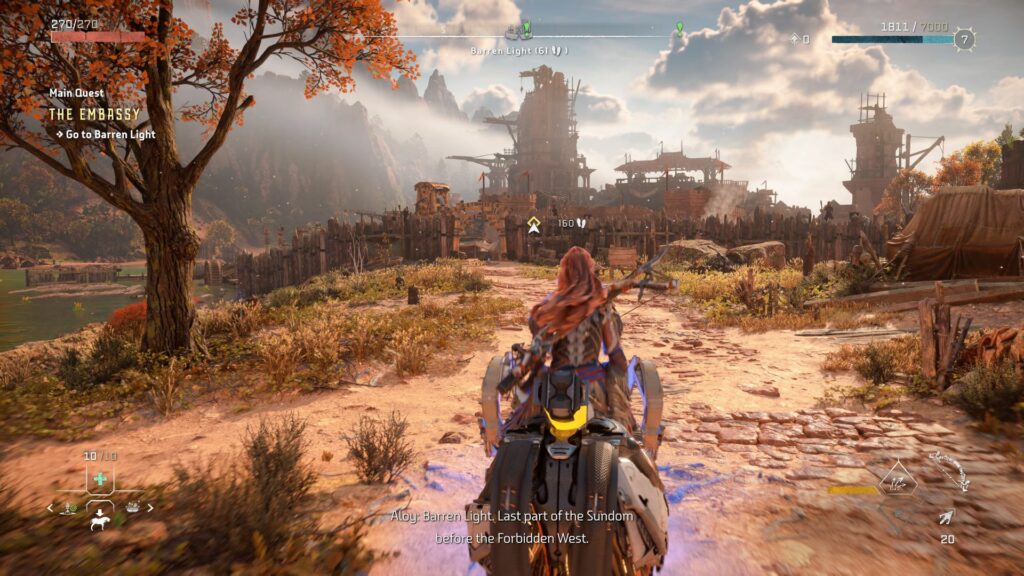 Talk to the guards

Once you’re inside Barren Light, head to the gate and talk to the guards. 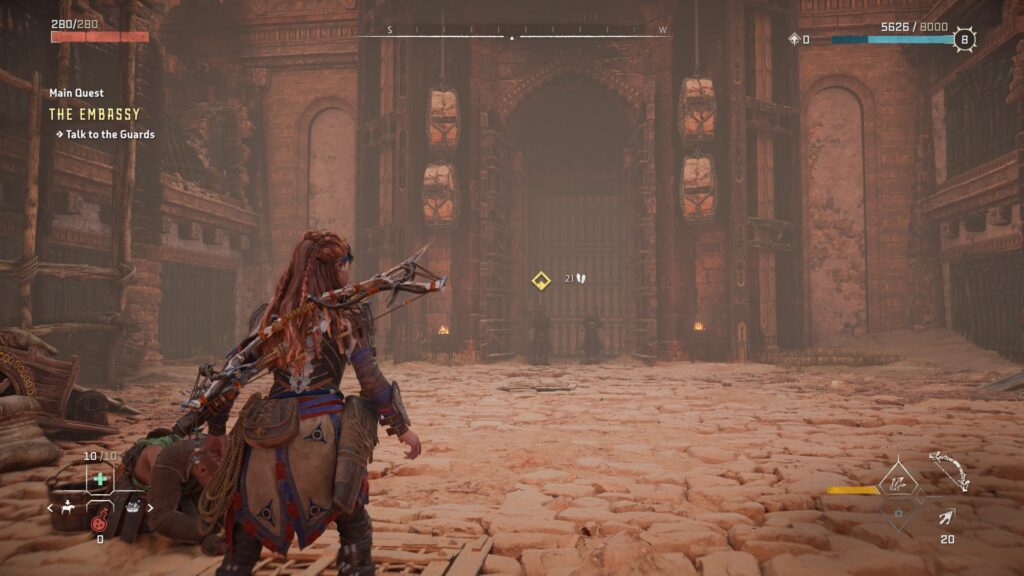 You’ll meet the second-in-command named Lawan. Follow him as he lead you to the commander. 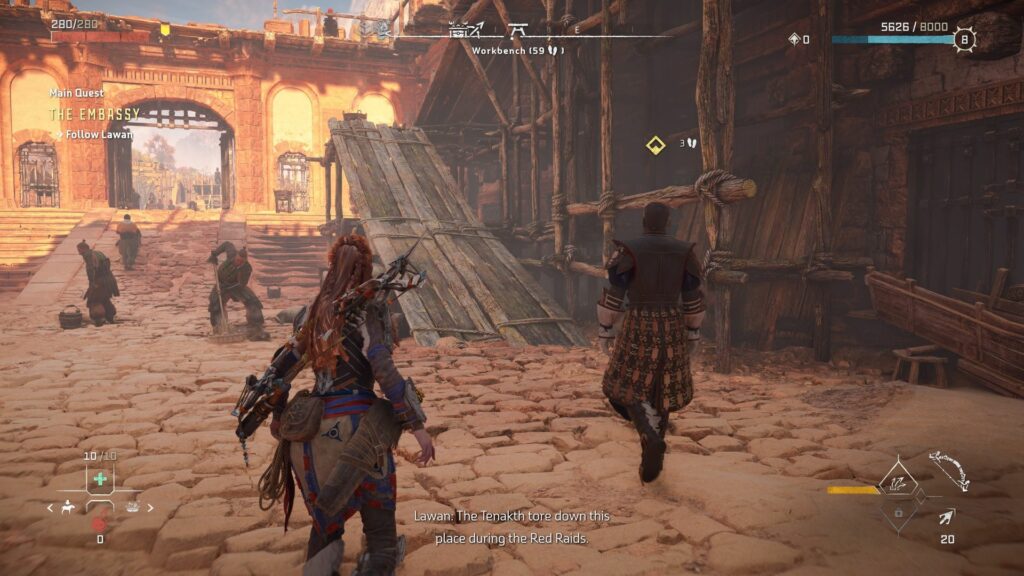 During the conversation, you can choose to wait or go now.

Be prepared for a big battle and choose “I’m going now” when you’re ready. 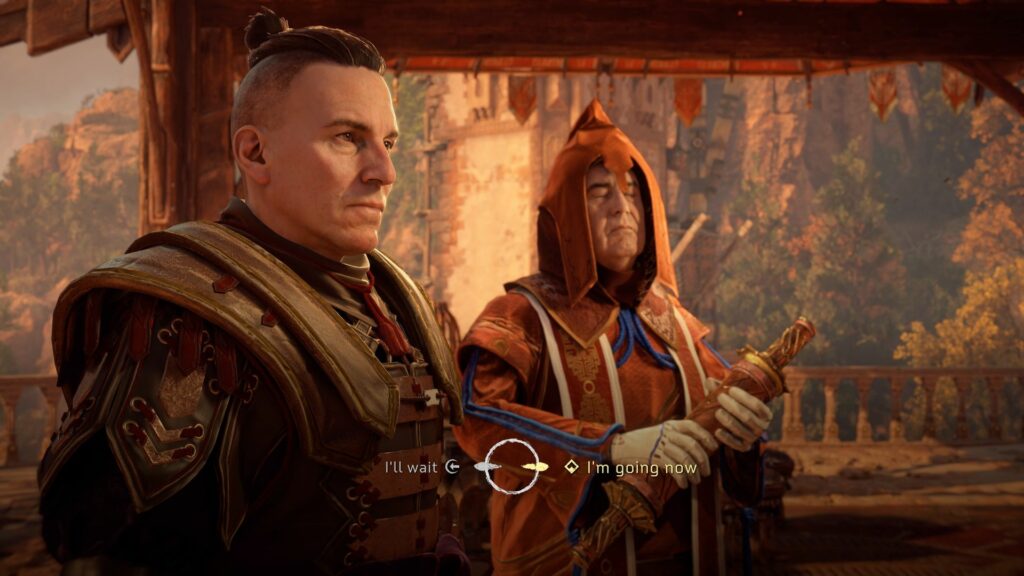 After the embassy is held, it will be interrupted by rebels led by Regalla. You have to defeat all of the rebels who are mounting machines.

Rely on focus mode a lot to take them down. 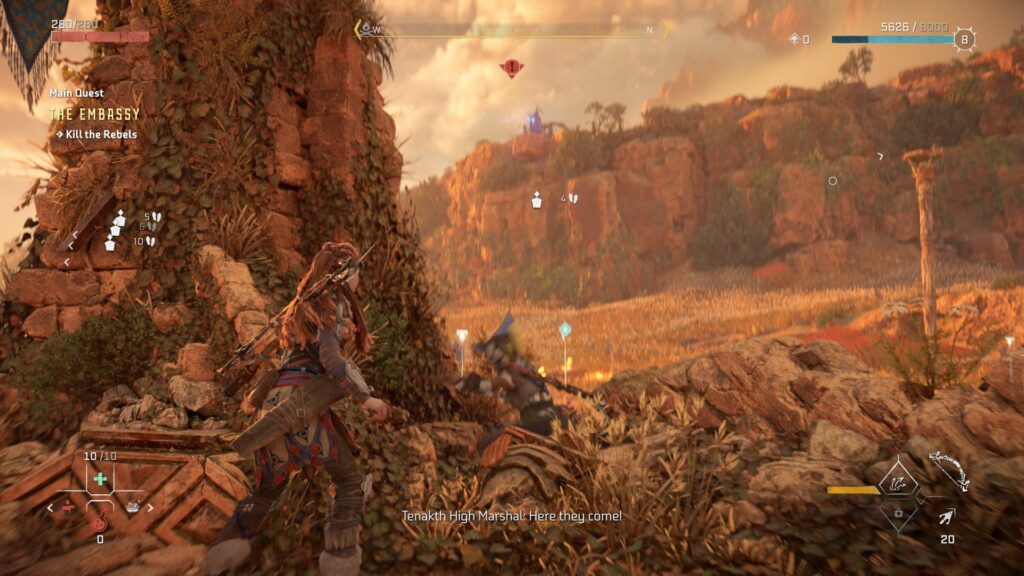 Once you’re done with the rebels, you have to defeat Regalla’s champion.

He uses a shield during the fight but you can disable the shield. Try using traps and heavy attacks. Once the shield is disabled, he’ll be vulnerable. 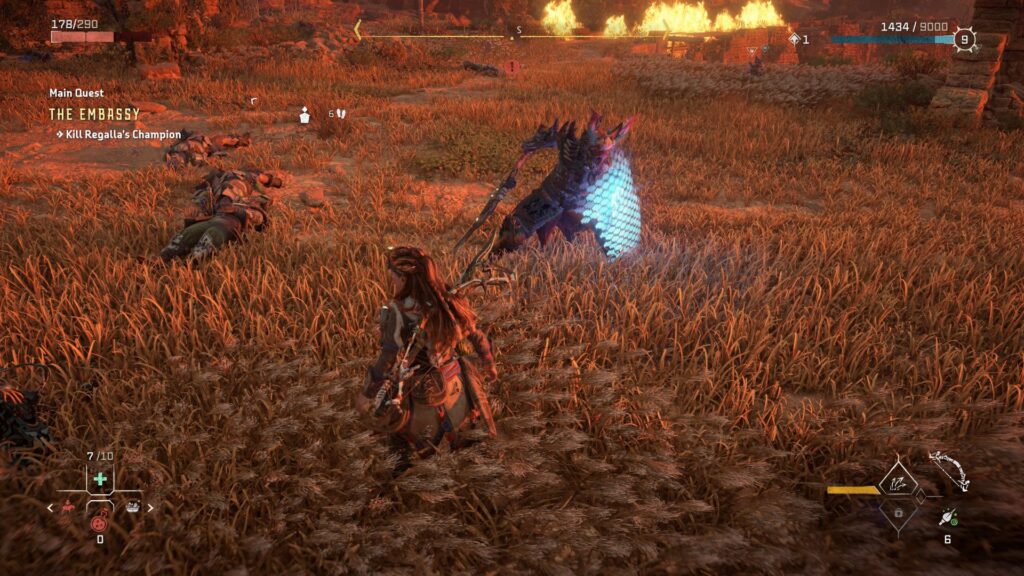