Your task is to gather the allies and defeat Khotun Khan and his men at Port Izumi.

Here’s a walkthrough of Eternal Blue Sky in Ghost of Tsushima. 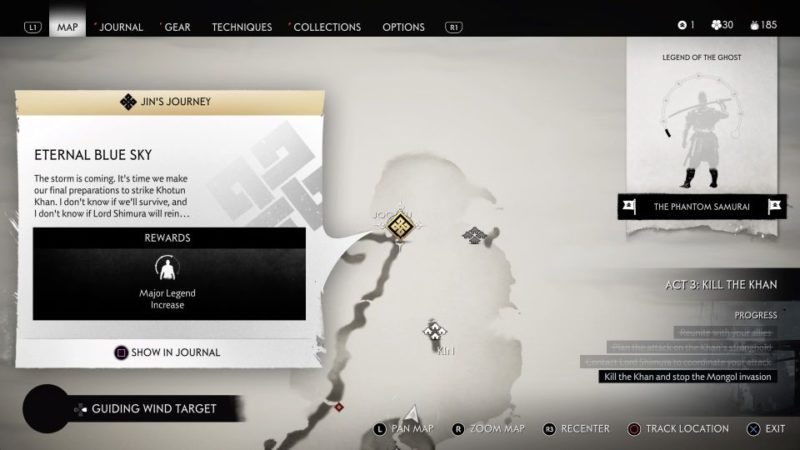 To begin the mission, speak with Yuna at Jogoku Temple. 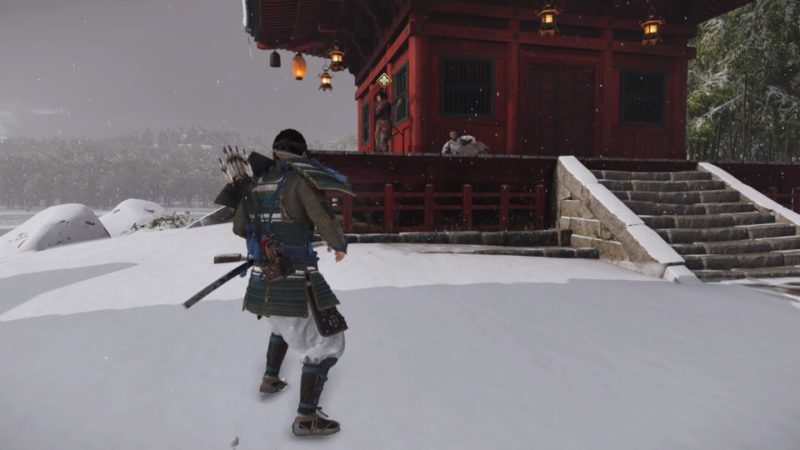 Optional: talk to your allies

Before you proceed, you have the option to speak with your allies – Norio, Ishikawa, Lady Masako and Kenji. 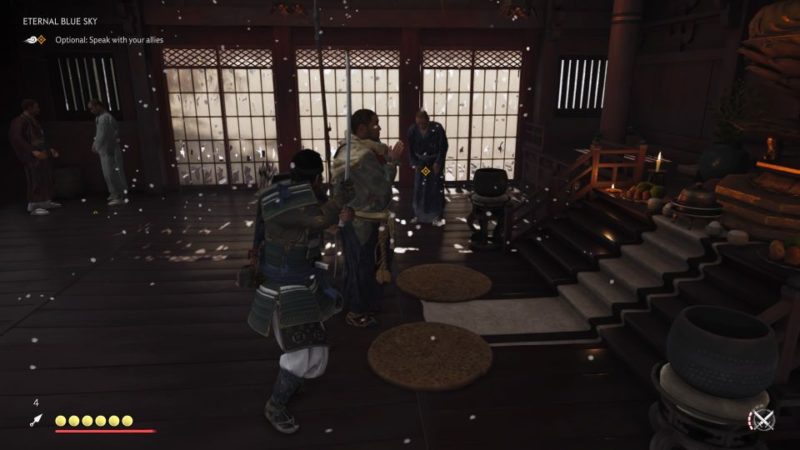 Once you’re done, talk to Yuna to proceed. 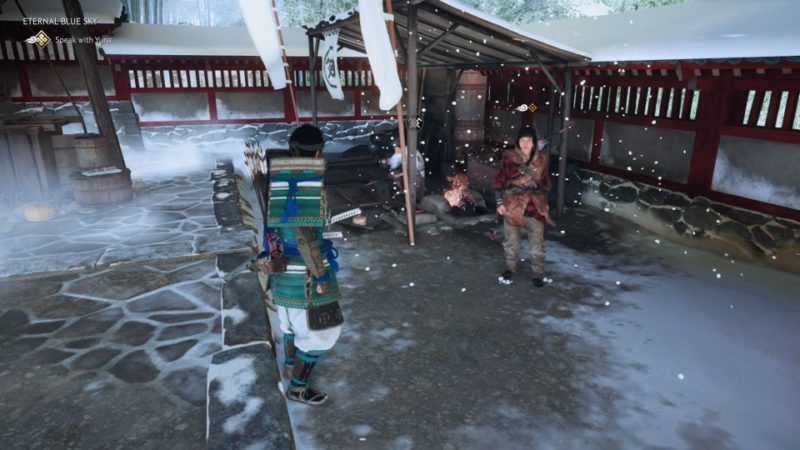 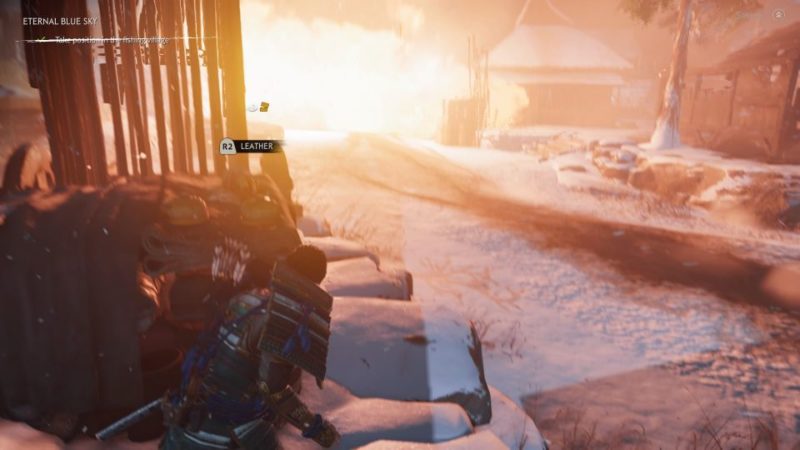 Together with your allies, take out the Mongols and the reinforcements. 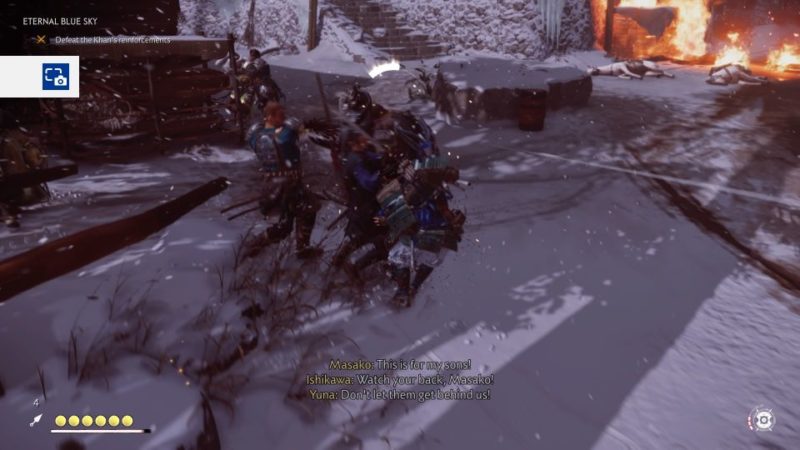 Continue fighting your way through. 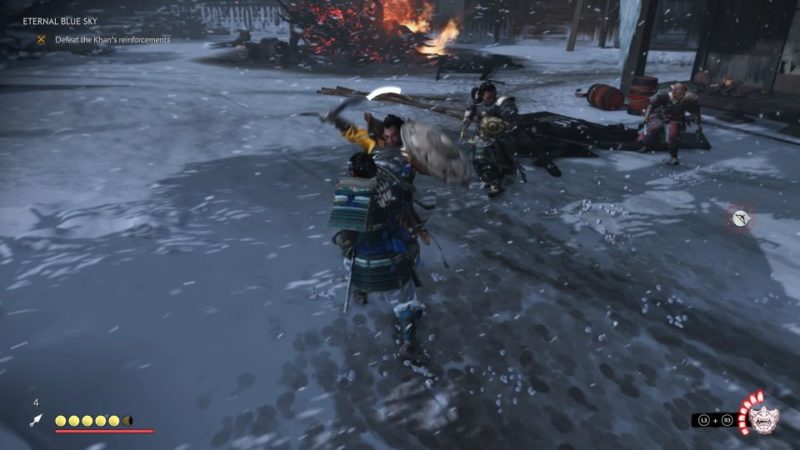 Once the Mongols are dead, talk to Yuna again. 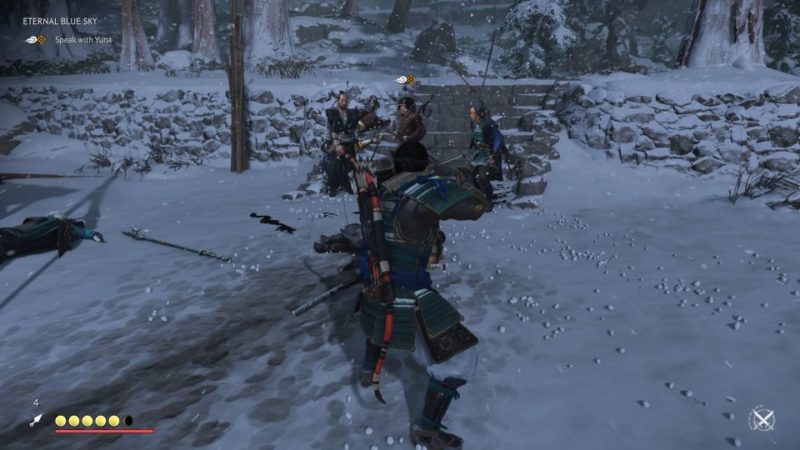 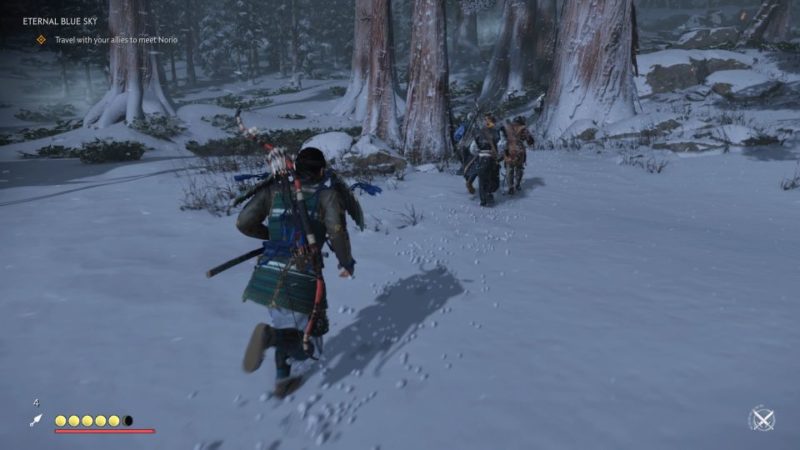 As your allies attack through the front gate, you have to sneak into the port to find Khotun Khan.

Go towards the right side (of the gate). 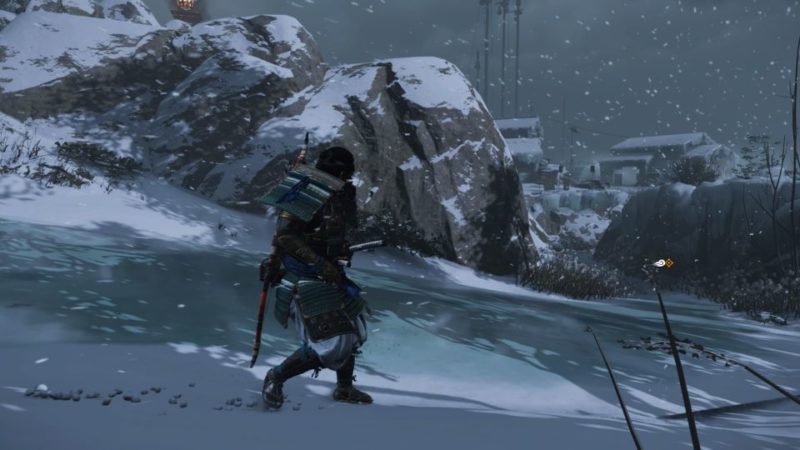 You’ll be able to sneak into the base. Climb onto the first building you see. 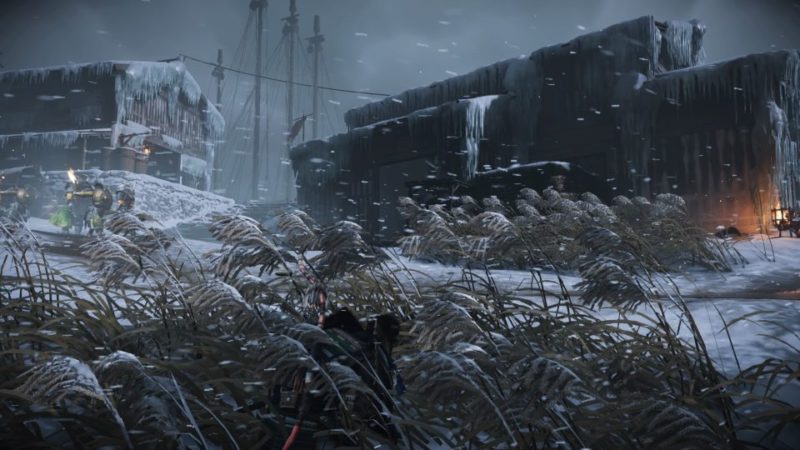 Walk on the rope to reach the next building. 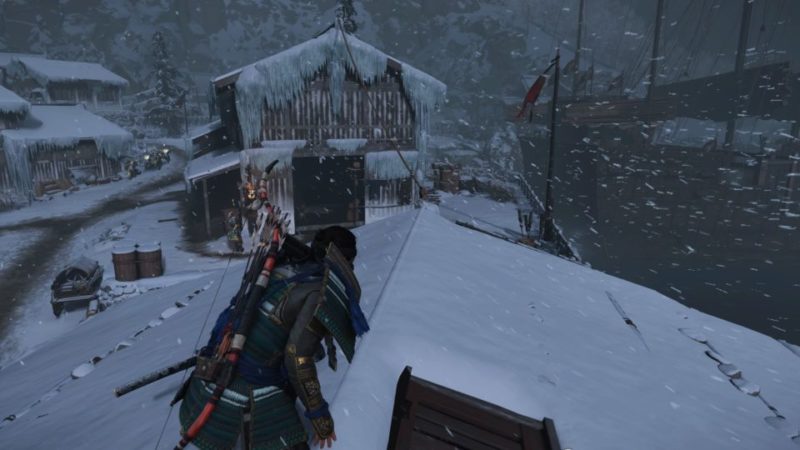 Here, you’ll find some guards. You can standoff with them or just assassinate them. 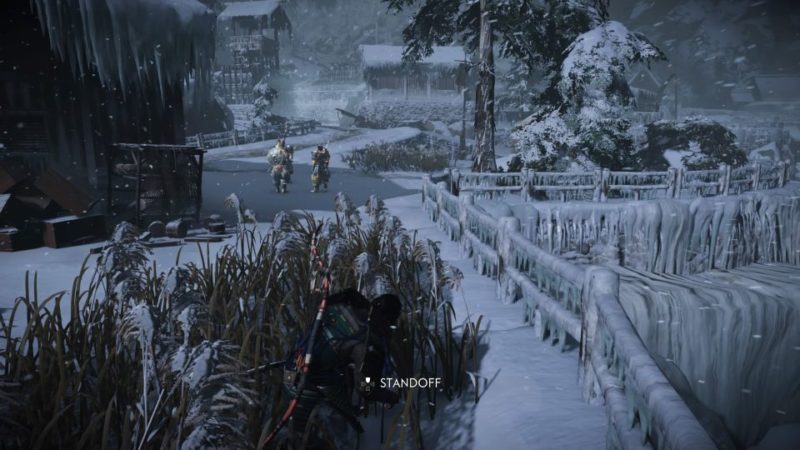 After dealing with the Mongols, head up the watchtower. 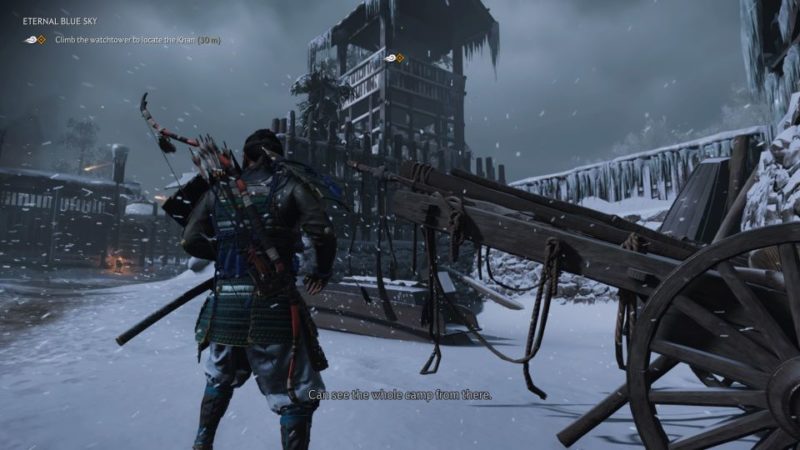 You’ll be able to see Khotun Khan at his manor. Go towards that direction and there’ll be plenty of Mongols to deal with. 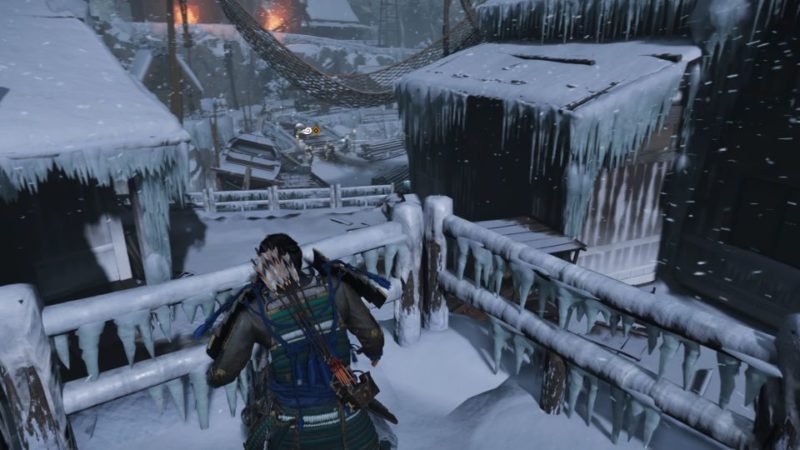 After killing the first group, continue towards the gate. Enter the gate and you’ll have to fight Khan. 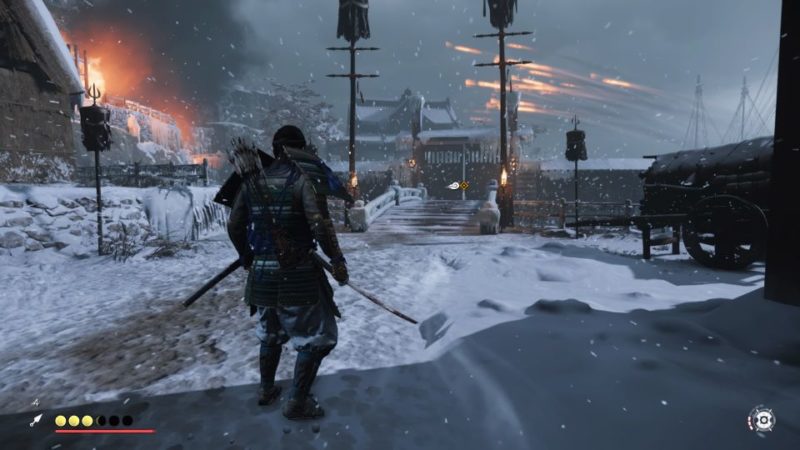 This is only the first round of the fight. As he uses a spear, you should use the wind stance.

Watch his moves as he does the same combo. There’ll be an attack where he slams the ground with his spear and it gets stuck for a second or so.

It will give you room to stagger him. 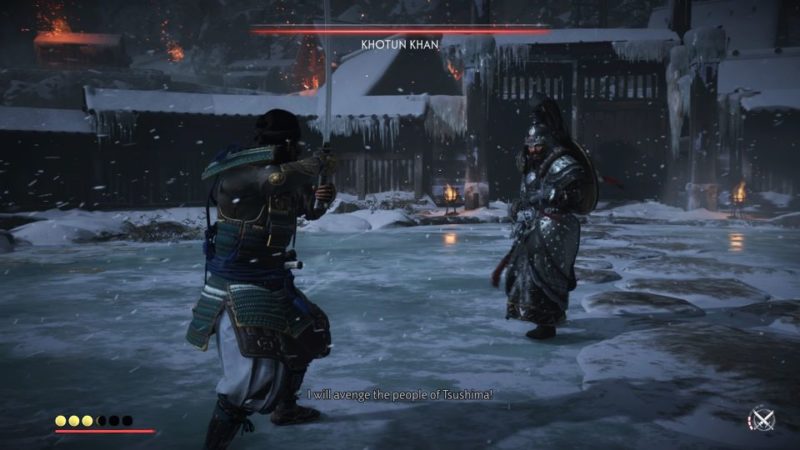 Most of his attacks are unblockable but some can be parried. 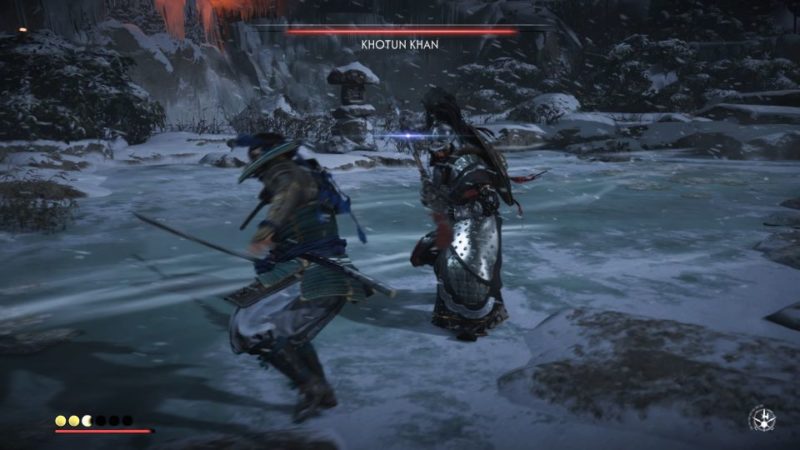 Khotun Khan flees from the battle and you’ll have to kill two of his subordinates first. 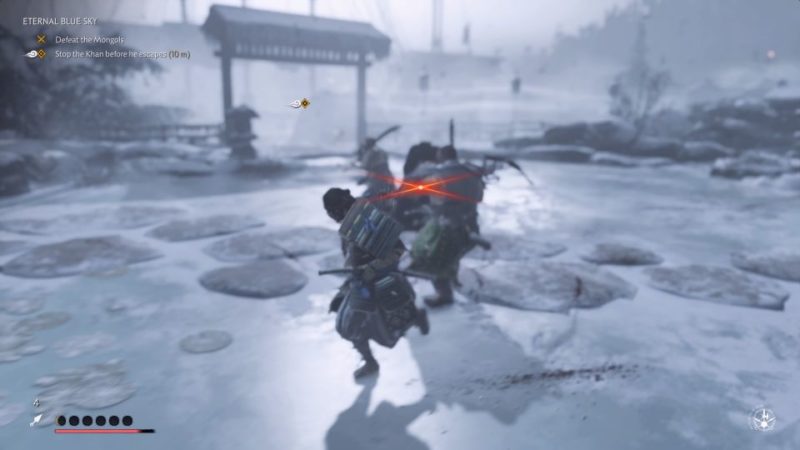 After you’re done, chase after Khotun Khan. He’ll be on the ship. 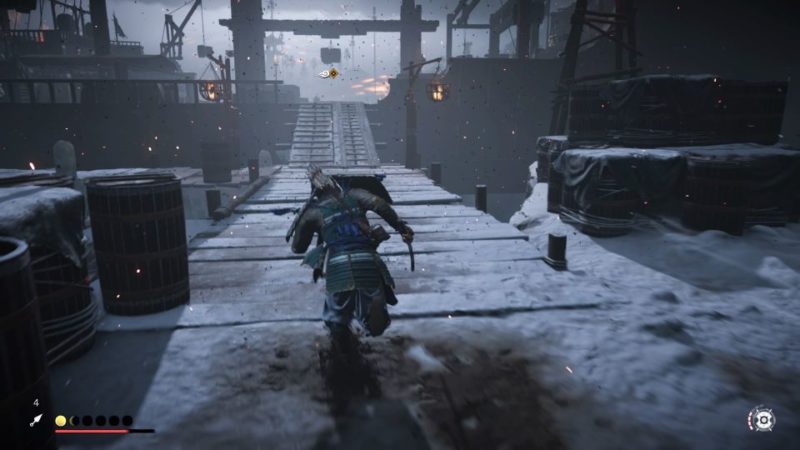 Defeat Khotun Khan and his men

This is the hardest part of the battle as you’ll need to deal with his men as well.

There’ll also be archers at the top. 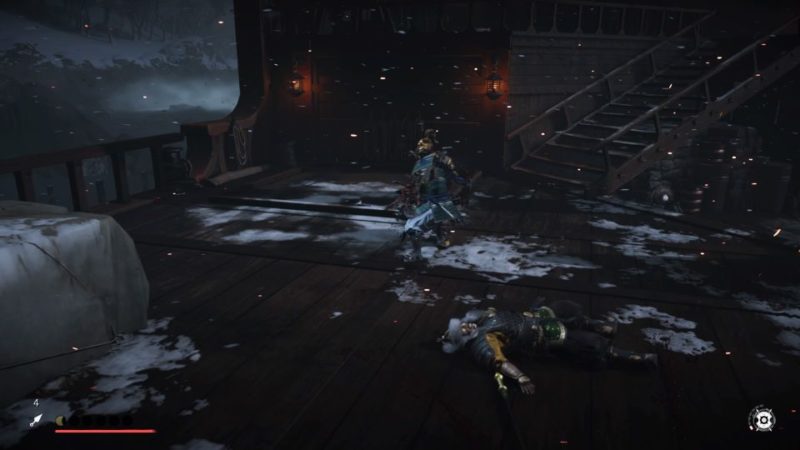 While fighting his men, you can also fight Khotun at the same time. 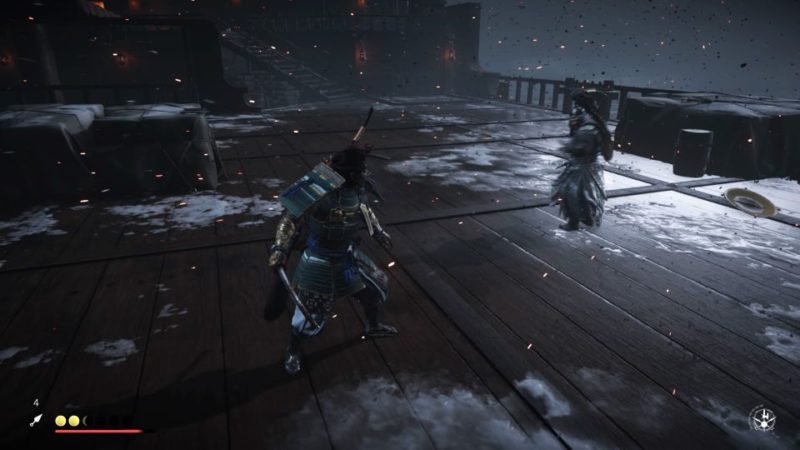 There’ll be some explosive barrels on the ship. You can use them to kill a few of his men.

Some of the barrels are at the bottom and some are near the archers on top. 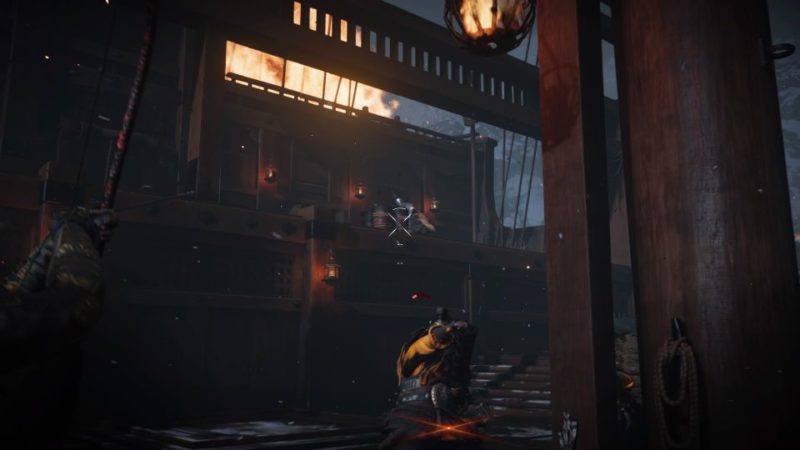 Khotun will use his spear at first, but towards the end, he will change to a sword and a shield.

That’s where you use the water stance instead.

The battle ends after you defeat Khan. 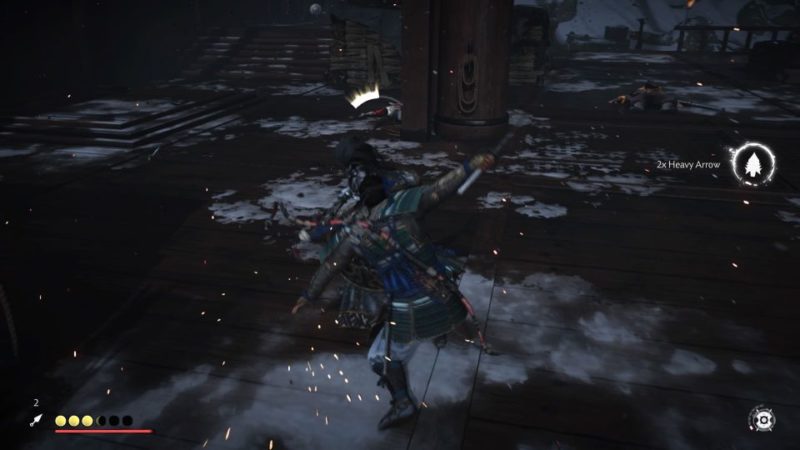 After the cutscenes, follow Yuna to the temple and the mission ends here. 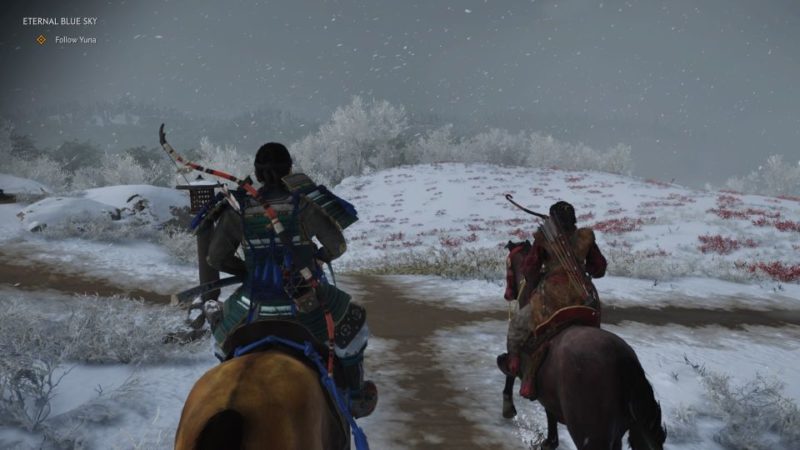 The Tale Of Lord Shimura – Ghost Of Tsushima Walkthrough