This quest was just released yesterday and it involves the peace treaty between Watatsumi Island and the Tenryou Commission.

Here’s a walkthrough of Kokomi’s story quest in Genshin Impact.

The first quest is Watatsumi Sightseeing. 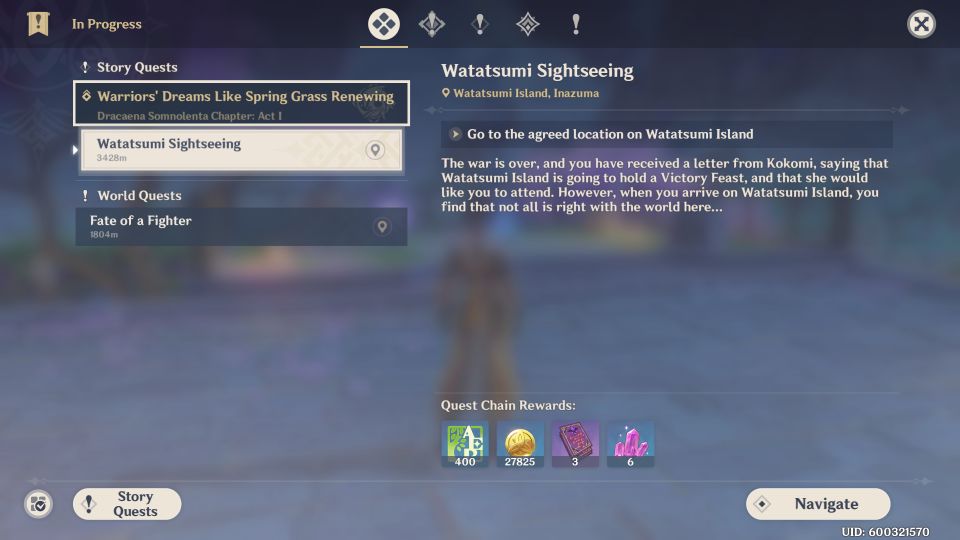 To begin, head to the spot marked on the map. It’s where you met the Swordfish II team from an earlier quest. 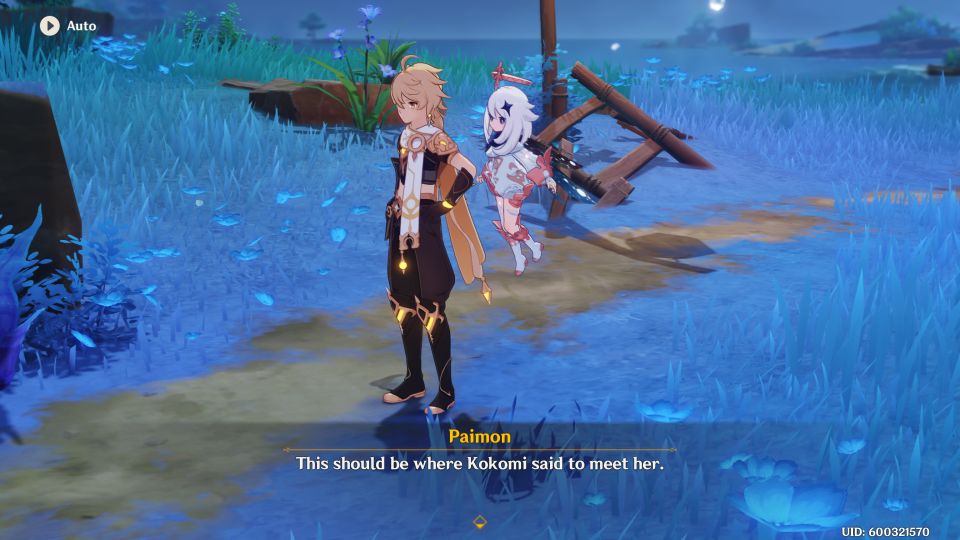 Then, go to the Fatui nearby and defeat them. There’ll be two waves of them. 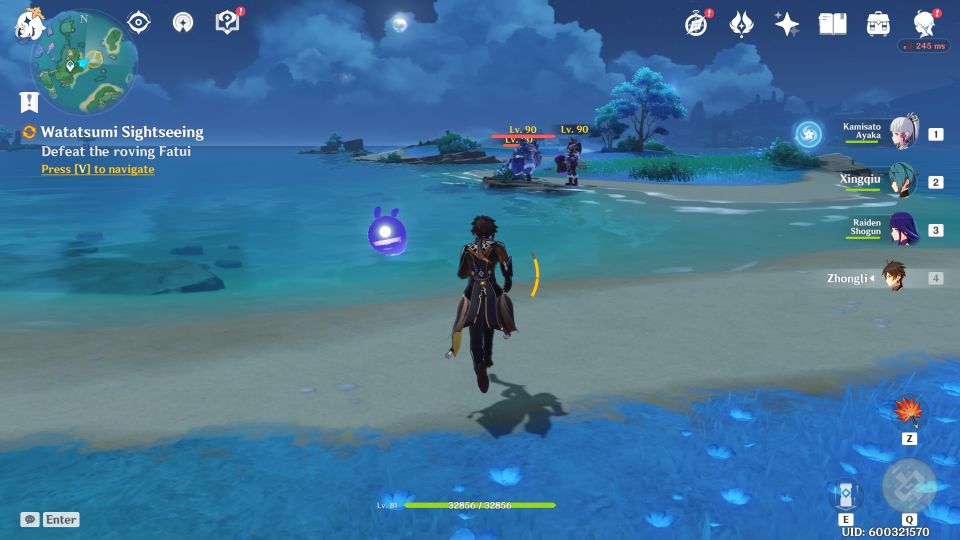 After beating them, ask the soldiers for information relating to some tension in the air. 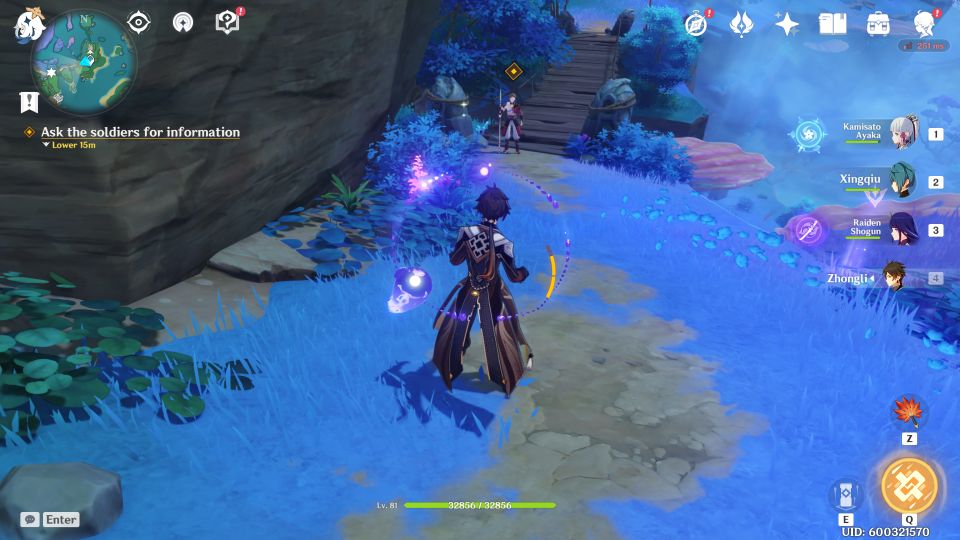 After speaking to the soldiers, head to Bourou Village. You’ll meet Kokomi there. 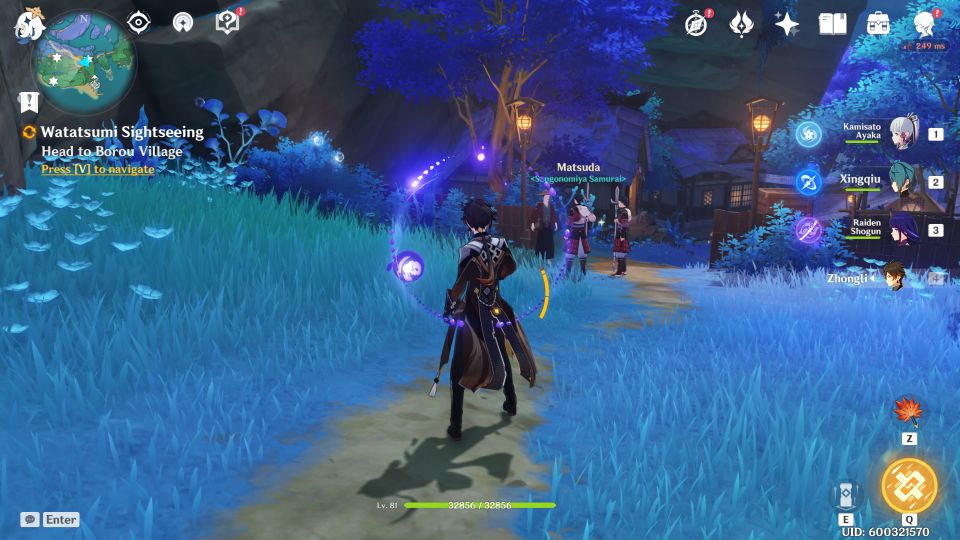 Rumors Abound is the second sub-quest. 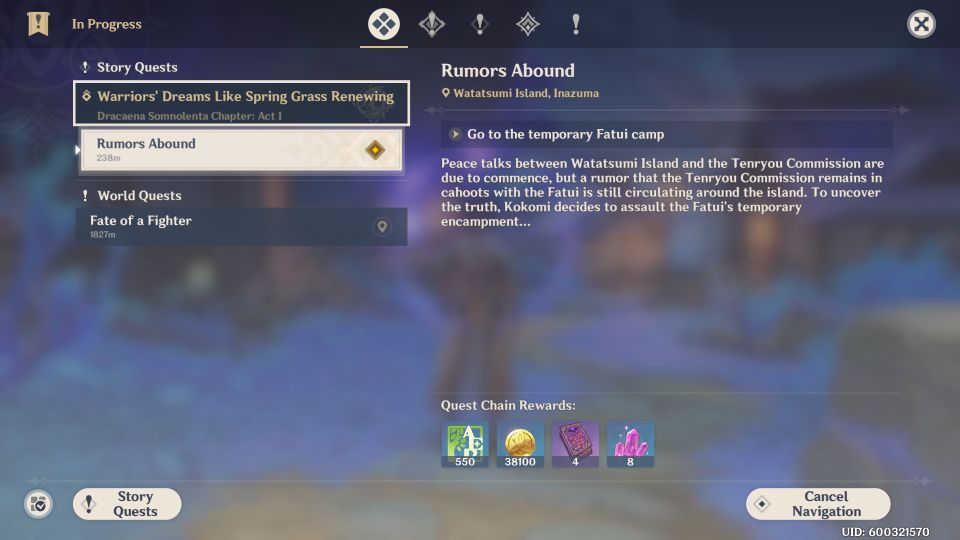 Head to the Fatui camp as marked on the map. 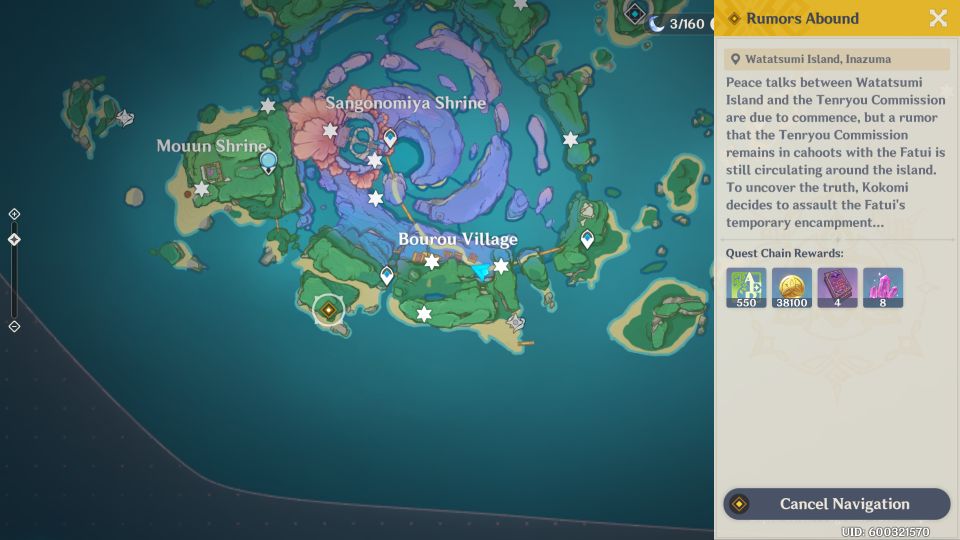 You’ll see a few Fatui at the temporary camp. Head to the marked area first. 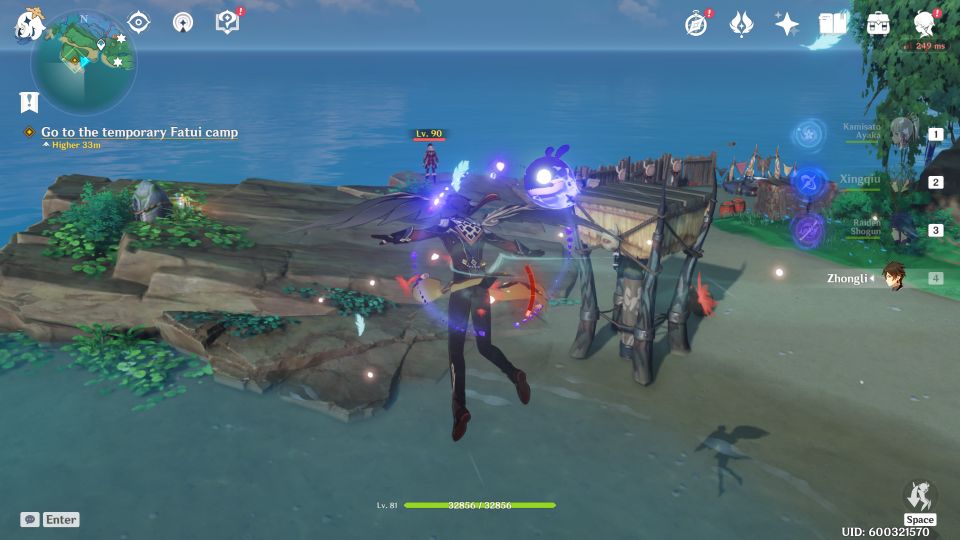 After discussing with Kokomi, take out all the Fatui. You can follow her strategy or just kill them all with your overpowered team.

You’ll be able to use Kokomi for now. 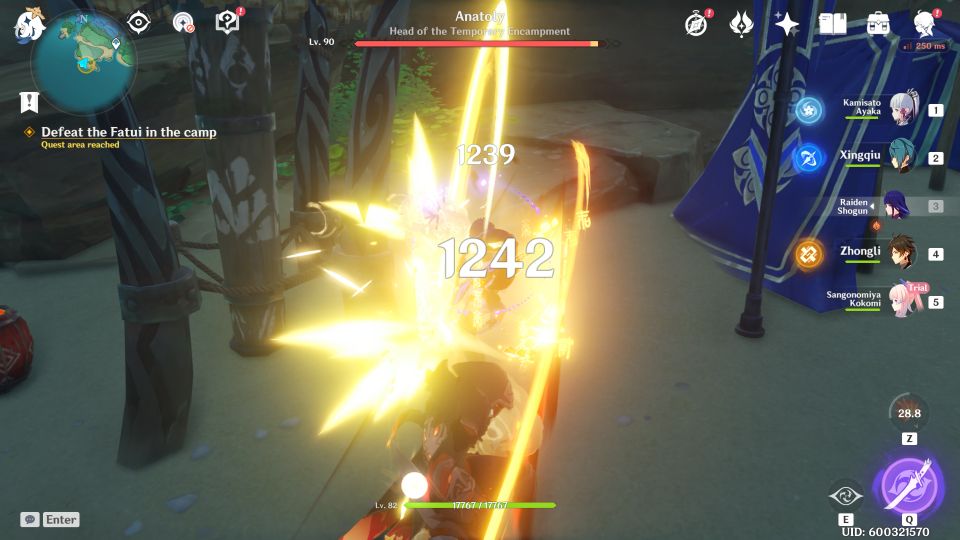 Once you’re done, investigate the camp. There are 3 spots to investigate. 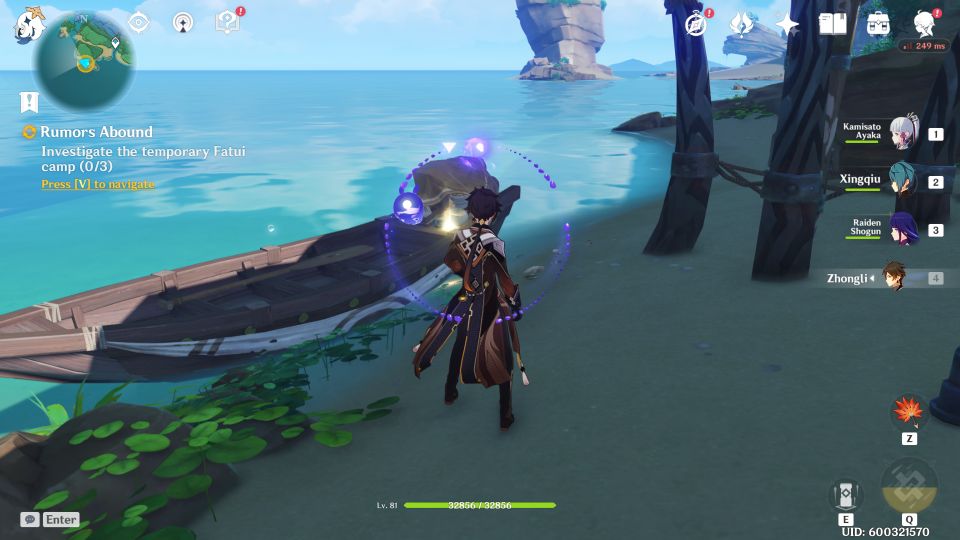 Then, head back to Bourou Village to give the cargo back to the merchant. 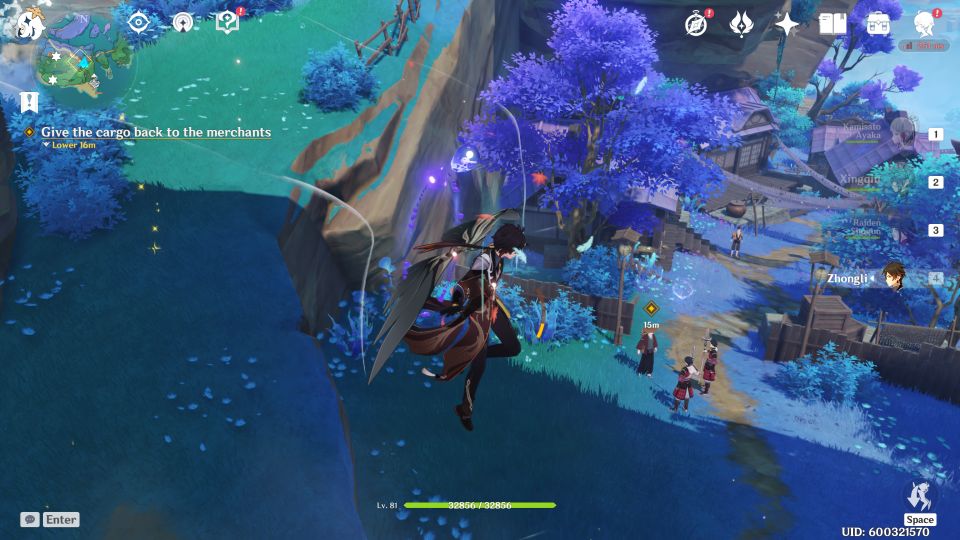 After you’re done, take a walk with Kokomi until she says she has to leave. 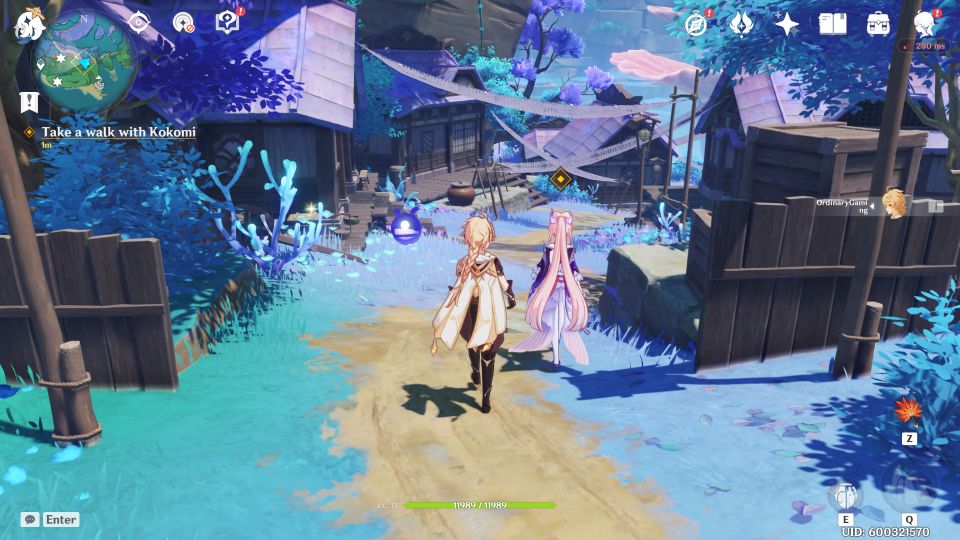 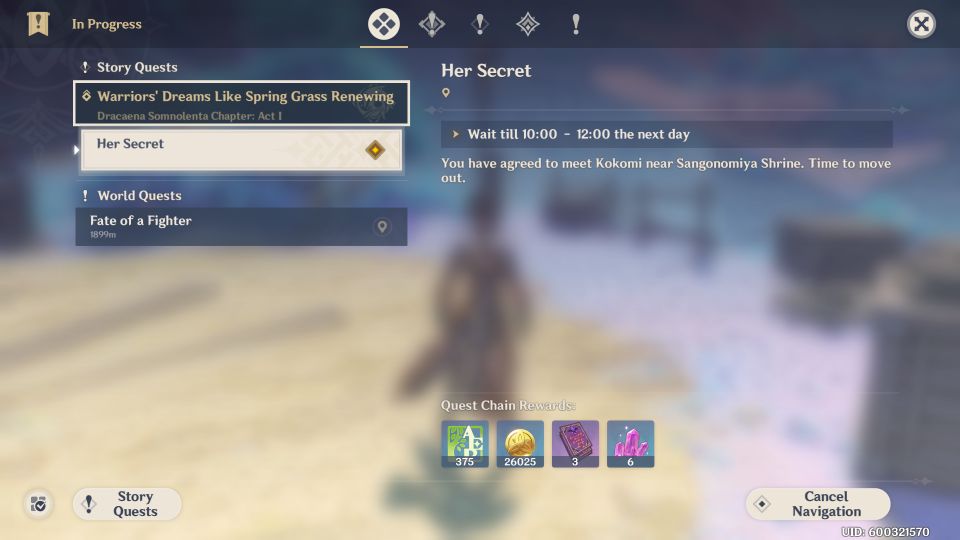 Then, head to Sangonomiya Shrine. 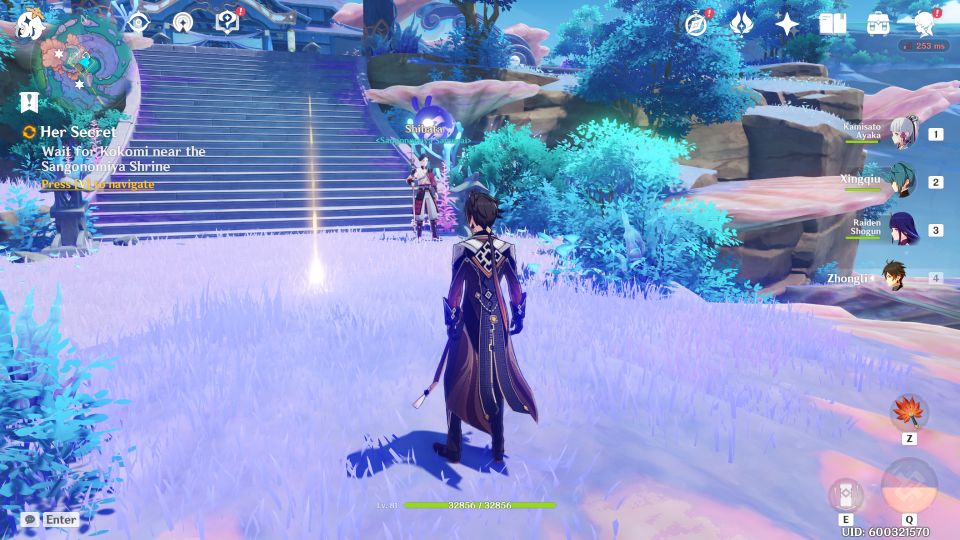 After the cutscene, go to the tree with purple leaves as marked on the map. 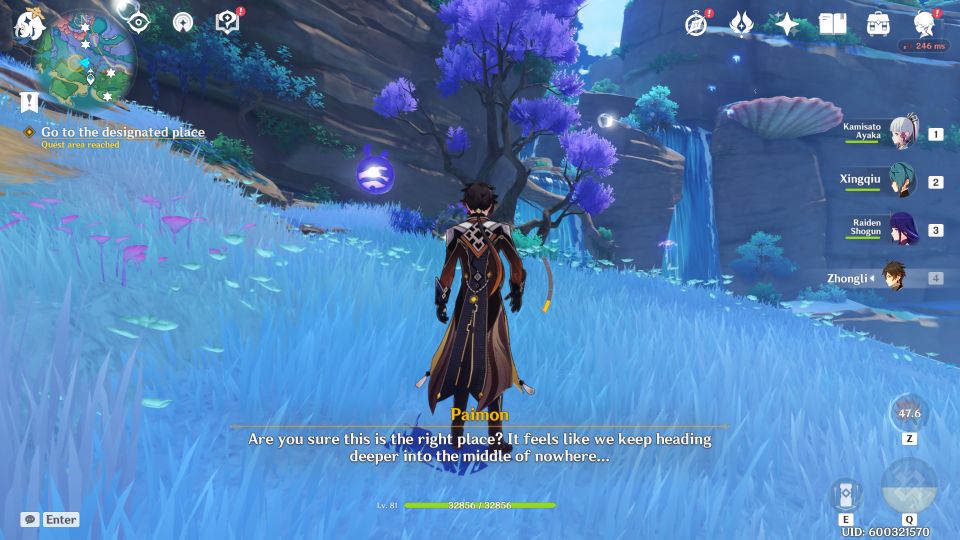 Near the tree, you’ll see a small cave on your left. Enter the cave and Kokomi is inside. 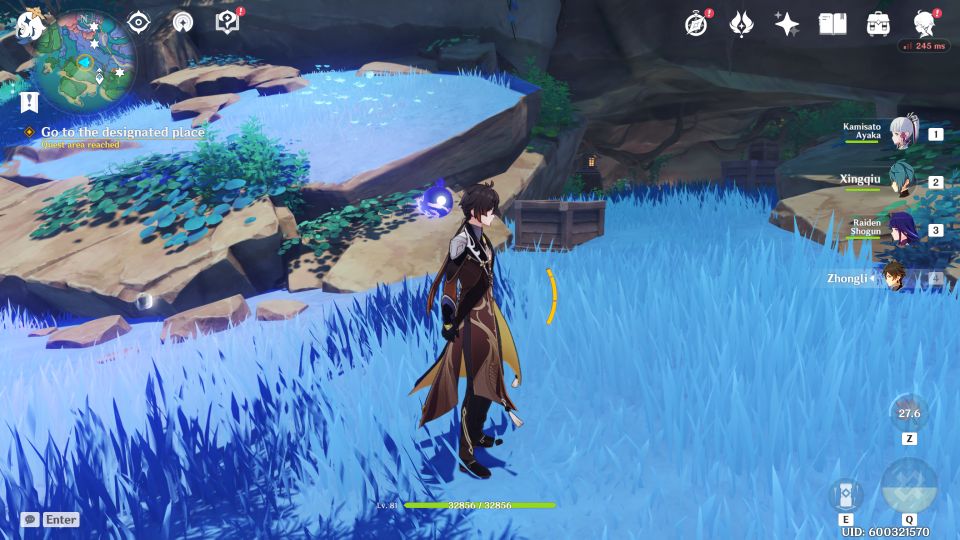 Help her to find a book by investigating the base. 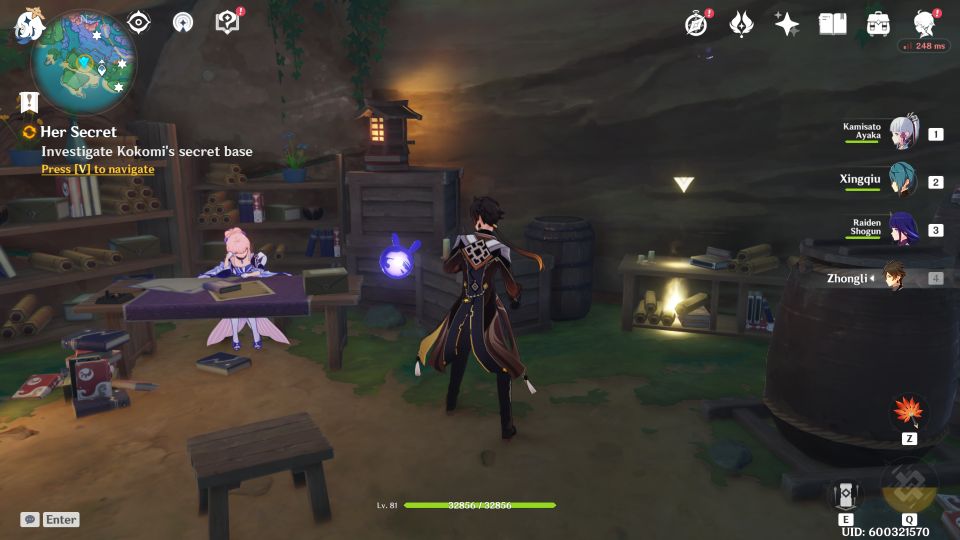 The next sub-quest is Victory Banquet. 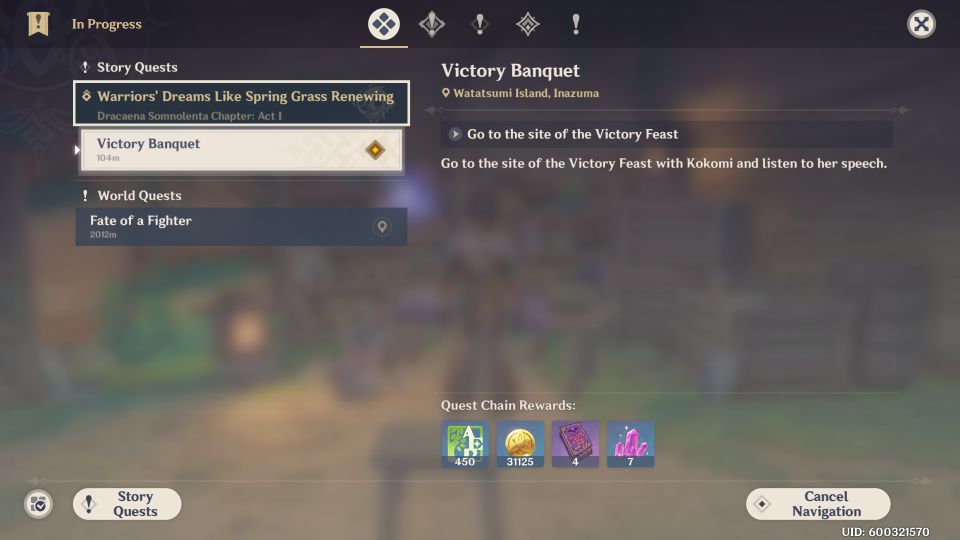 To begin, head to the site of the Victory Feast as marked on the map. 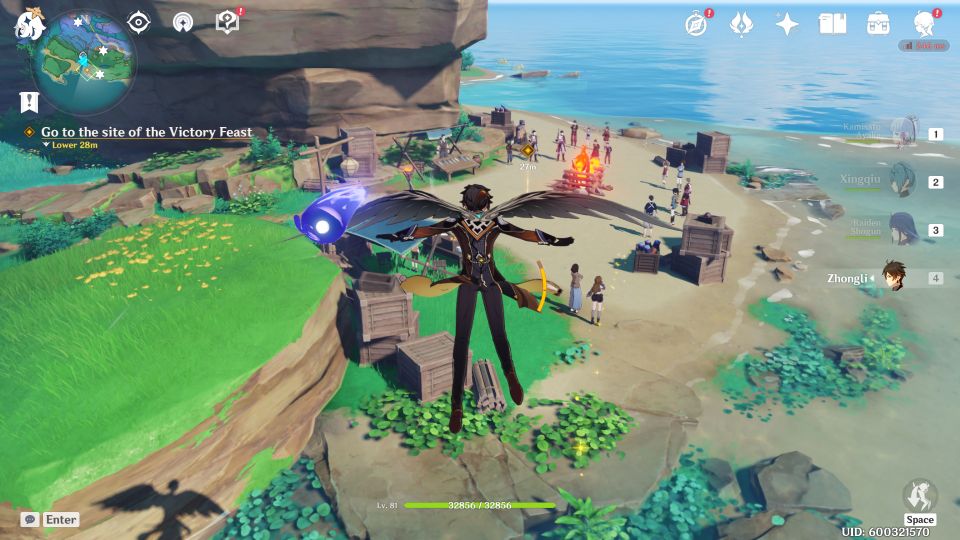 You will then need to make sure to wait until nighttime (starting from 18:00). 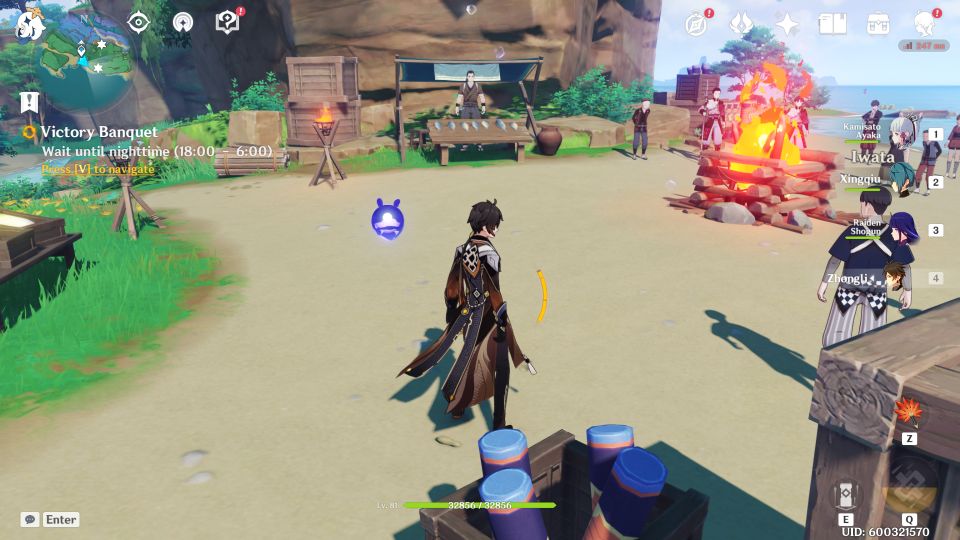 When the banquet starts, talk to the crowd in the area as marked. 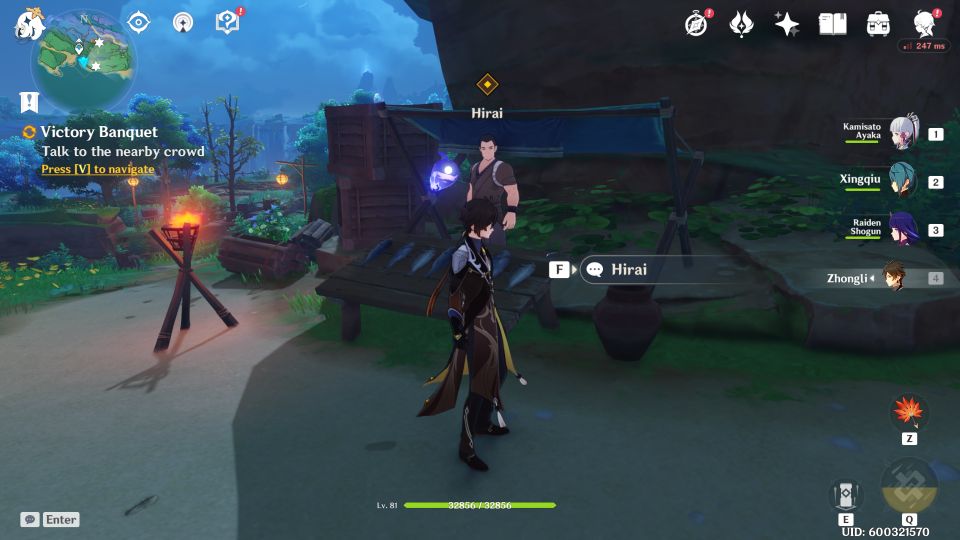 You will then need to investigate the suspicious soldier. 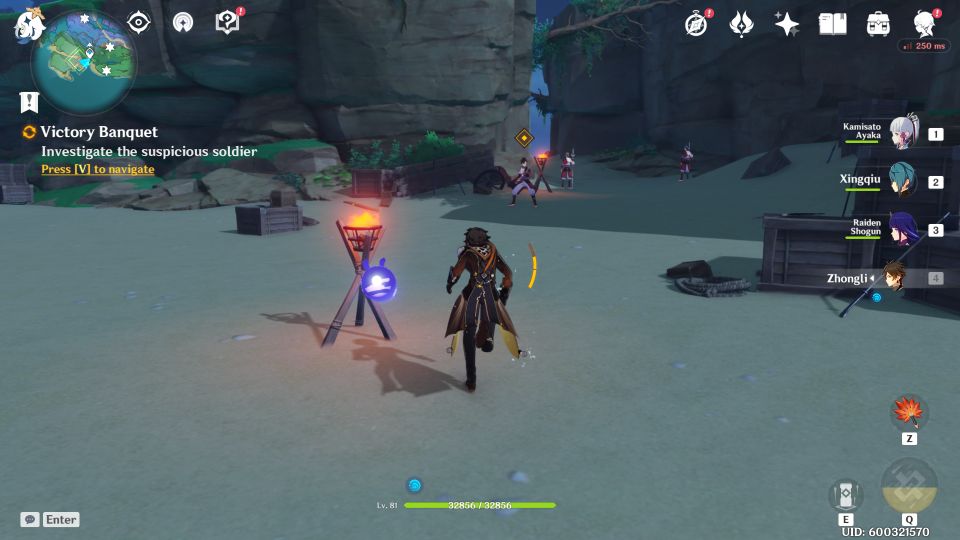 After the cutscene, defeat the soldier. 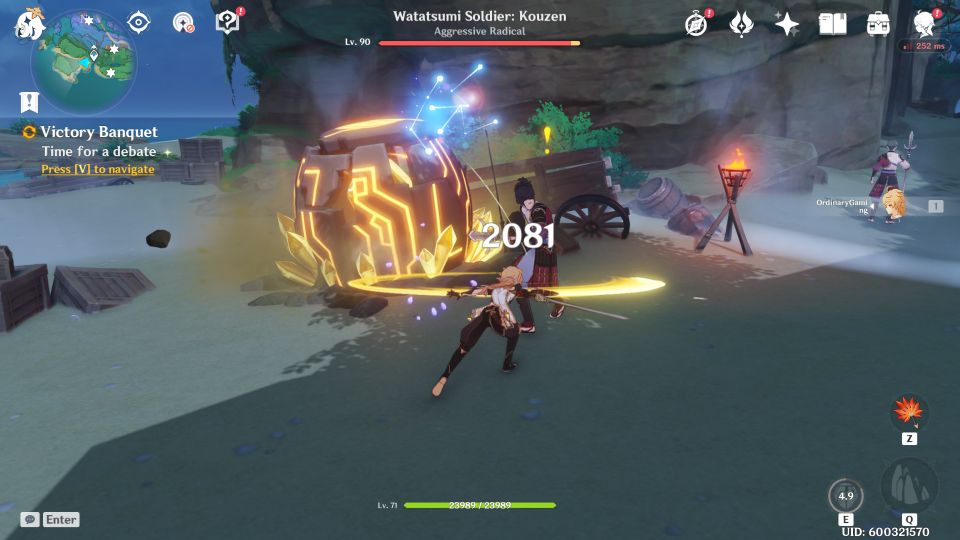 You will then learn the truth behind the soldiers. Report it to Kokomi. 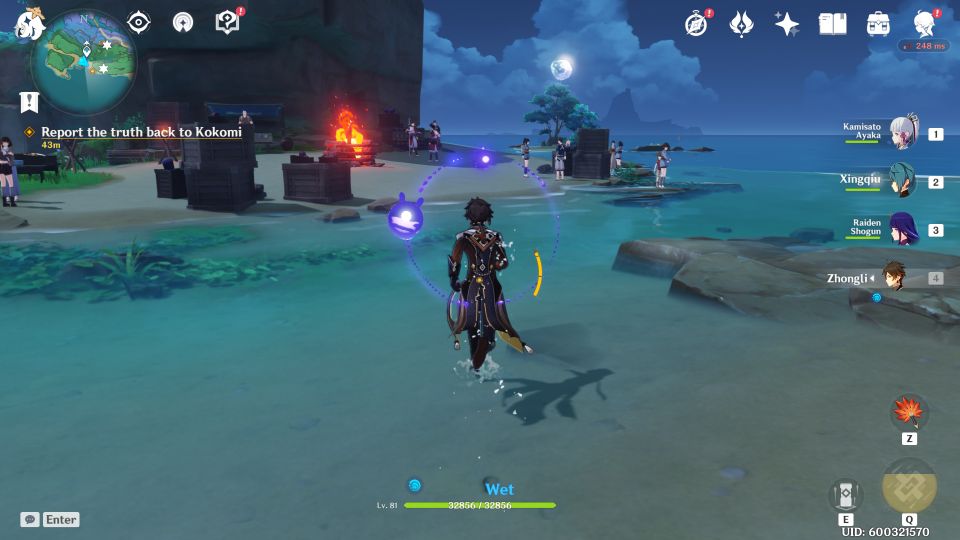 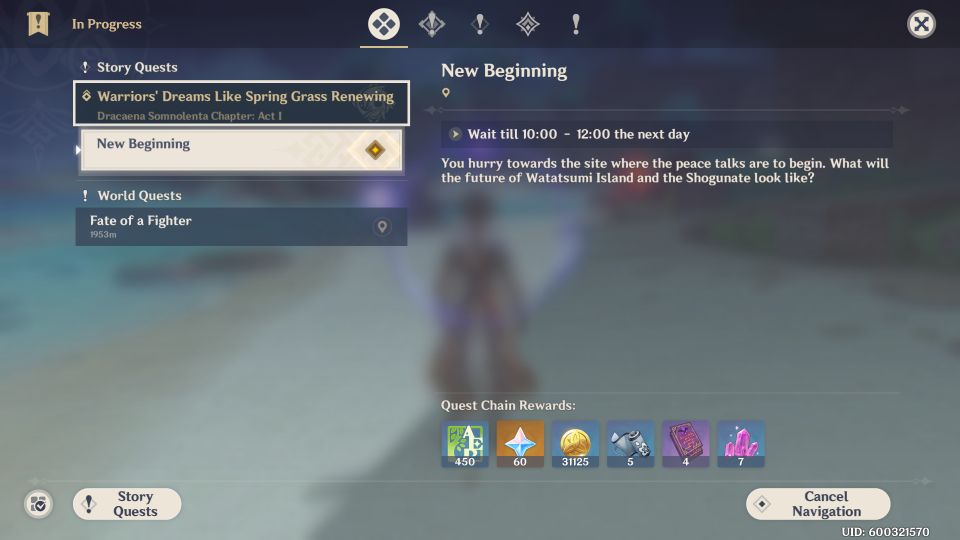 Kokomi will be at the same spot as the banquet. 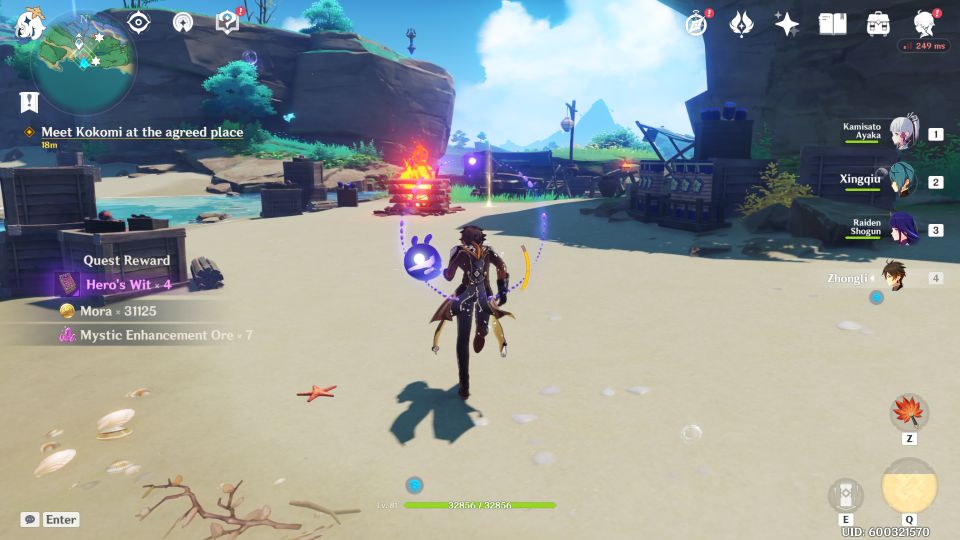 Then, head to the peace talks area as marked on the map. It’s on the Tatarasuna island. 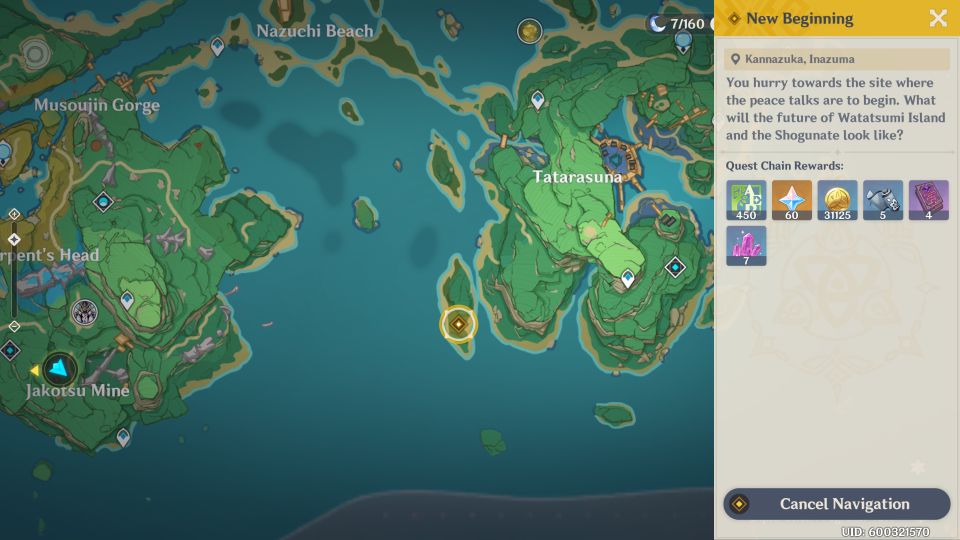 Attend the peace talks and just watch the cutscene. 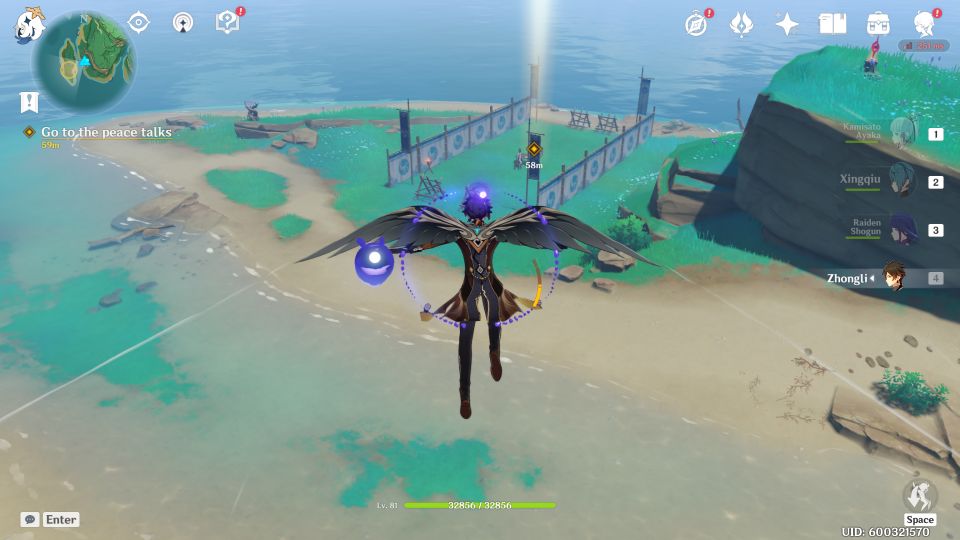 After the talks, meet Kokomi at Bourou Village as she solves the issue with her soldiers. 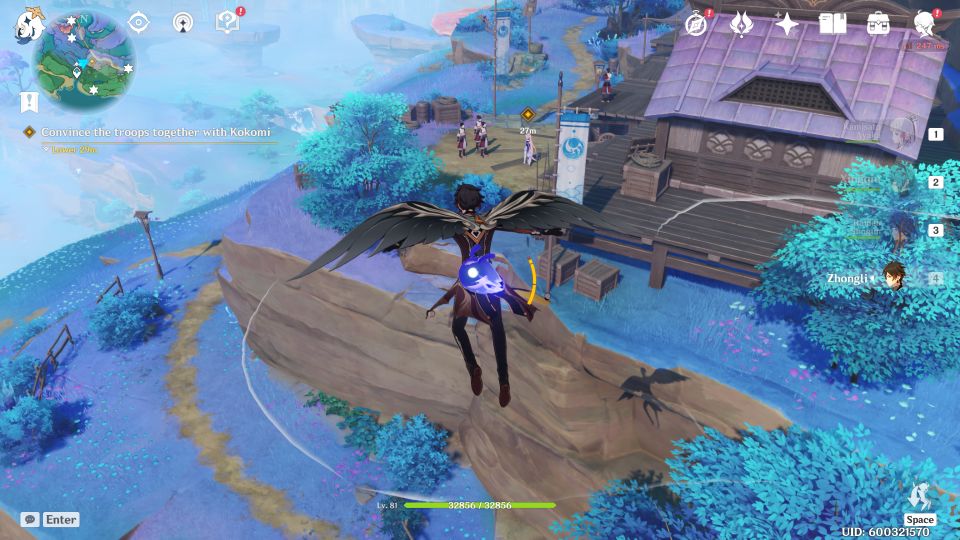 Finally, talk to Kokomi near the secret base where the purple tree is. 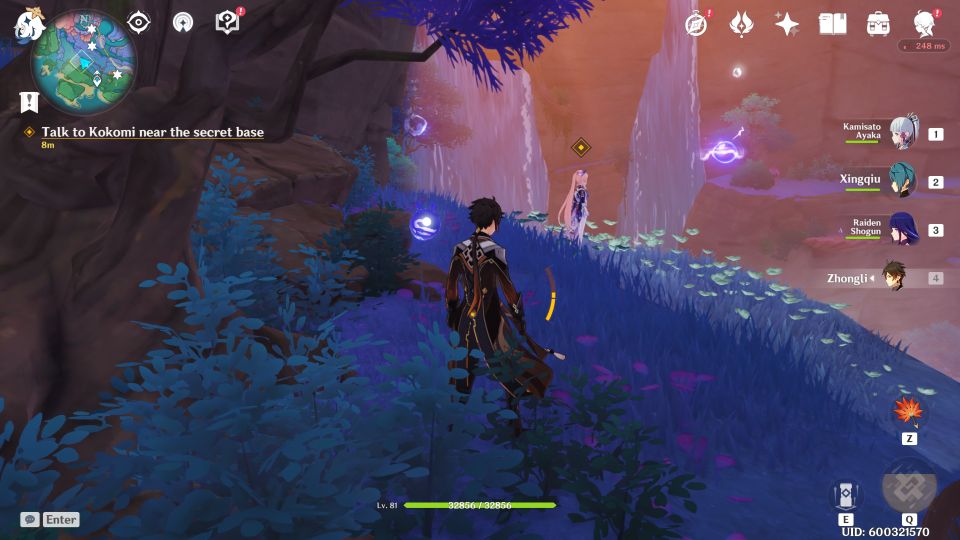 Genshin Impact: How To Solve The Seiraimaru Puzzles (Guide)