Seiraimaru is a location on Seirai Island in the 2.1 update of Genshin Impact.

It’s basically a shipwreck and you have to solve various puzzles to get to the bottom of it.

Here’s how you can solve the puzzles at Seiraimaru in Genshin Impact.

The location is shown in the map below, marked by the player location. Seiraimaru is west of Koseki Village. 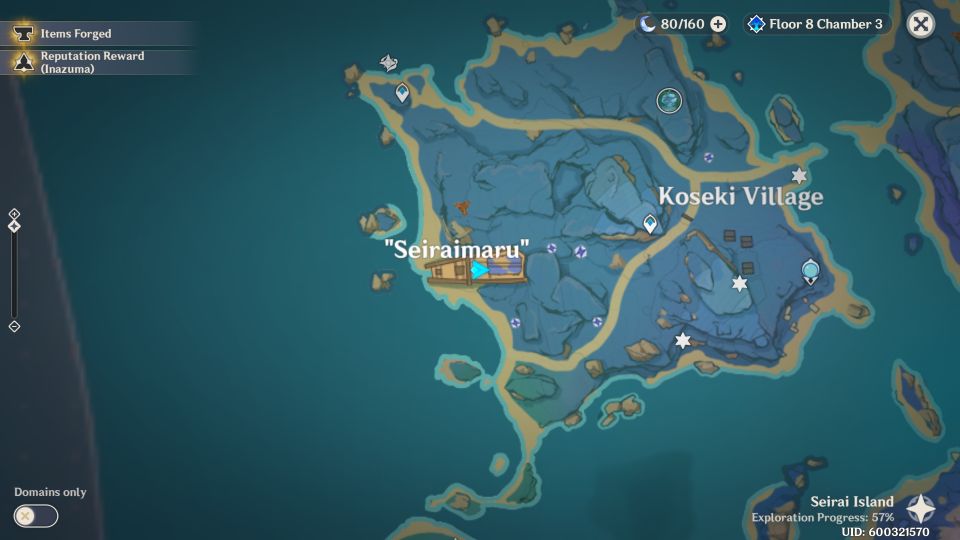 How to enter the ship

At the ship deck, you should see a few steering wheels. You basically need to match the sword with the halberd.

This means one wheel’s sword has to point towards another wheel’s halberd. Just rotate until they point at each other.

Do the same for both wheels. The sword looks like an arrow and the halberd is like a trident. 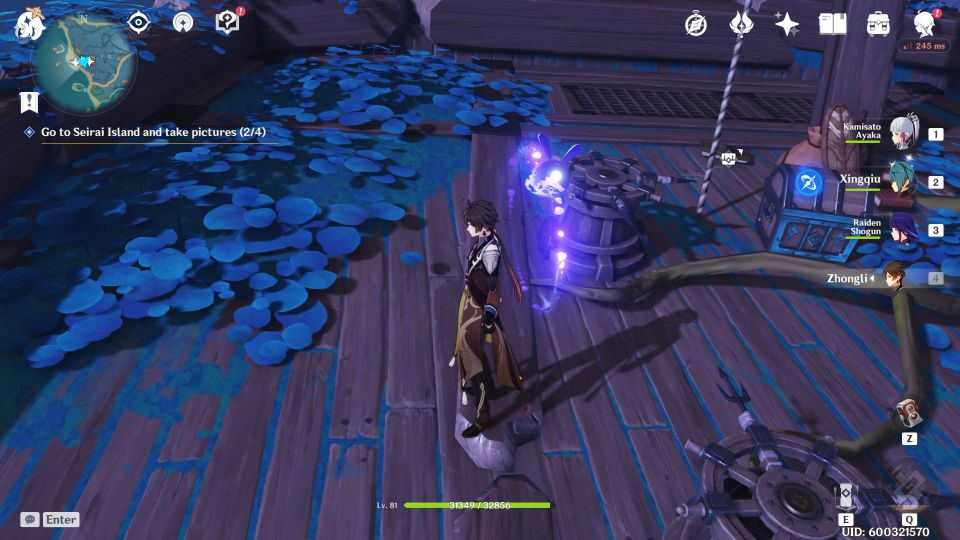 Once you’ve done that, a path will open at the side of the ship. Summon the electrogranum before jumping in.

You’ll need it to pass the barrier. 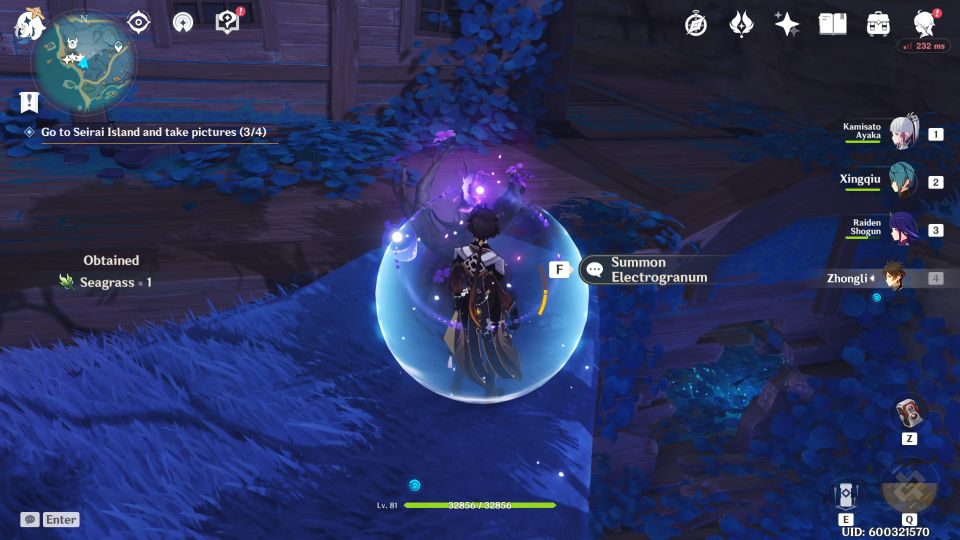 You should find a seelie in the barrier. Open the door for the seelie. 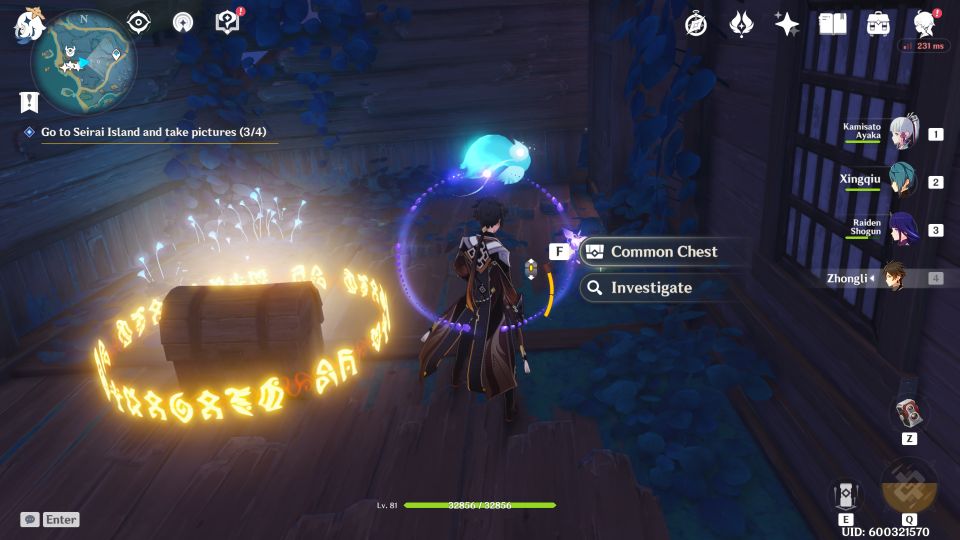 In the next area, you’ll need a rust-worn key to open the door. I don’t remember where I got it but it should be in the area. 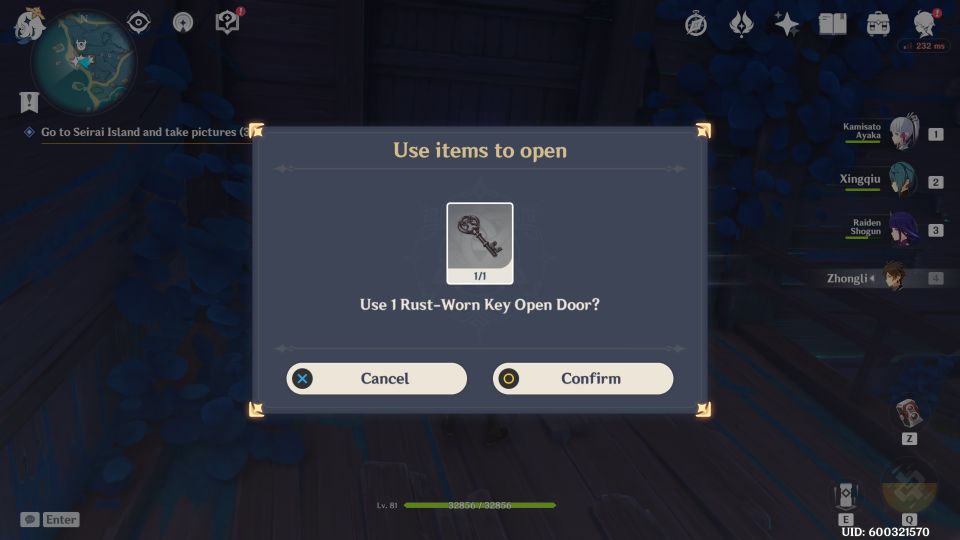 You will then reach more steering wheels. Do the same like before where the halberd and the sword points at each other. 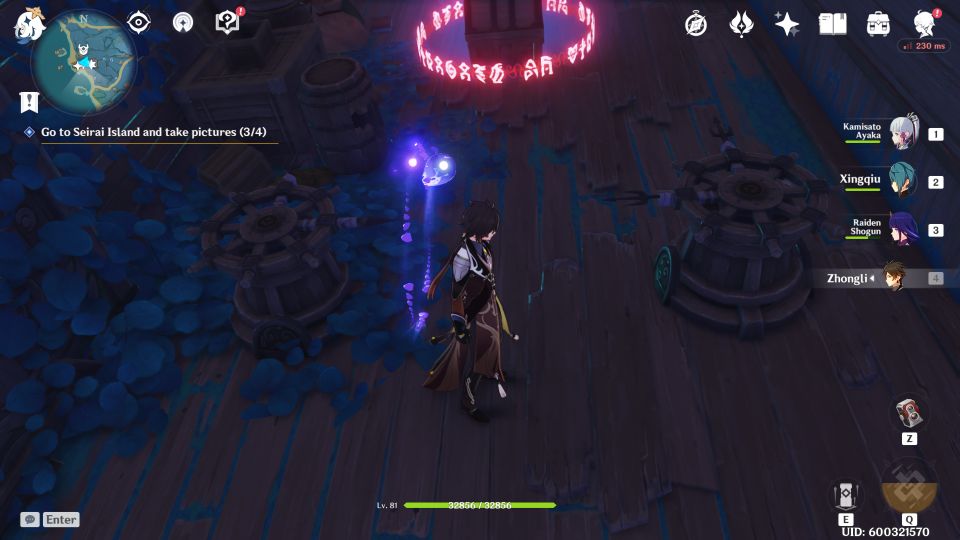 How to solve the tile puzzle

The seelie will go downstairs. To open a path, you have to solve the tile puzzle.

Just step on the matching tiles like a memory game as labeled below. 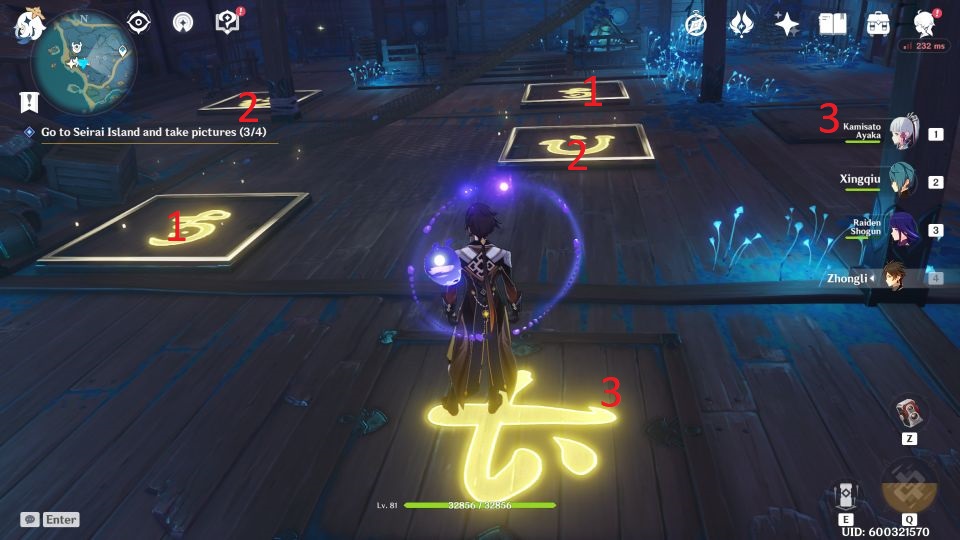 Once you’ve gone down, there’s another tile puzzle. The matching tiles are shown in the image below. 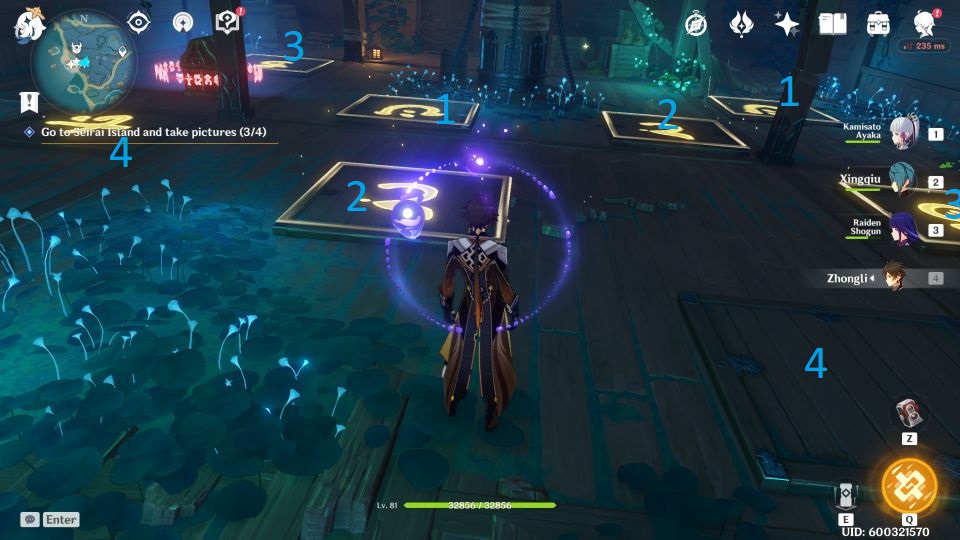 How to solve the relay statue puzzle

You will then unlock a cave. Take out the Kairagi below to get a chest.

Once you’re done, go to the ship. There’s an electrogranum bough but it doesn’t work. Use the electro portal and you will be transported to the next portal.

At the portal, grab the relay statue first. Then, summon the electrogranum. 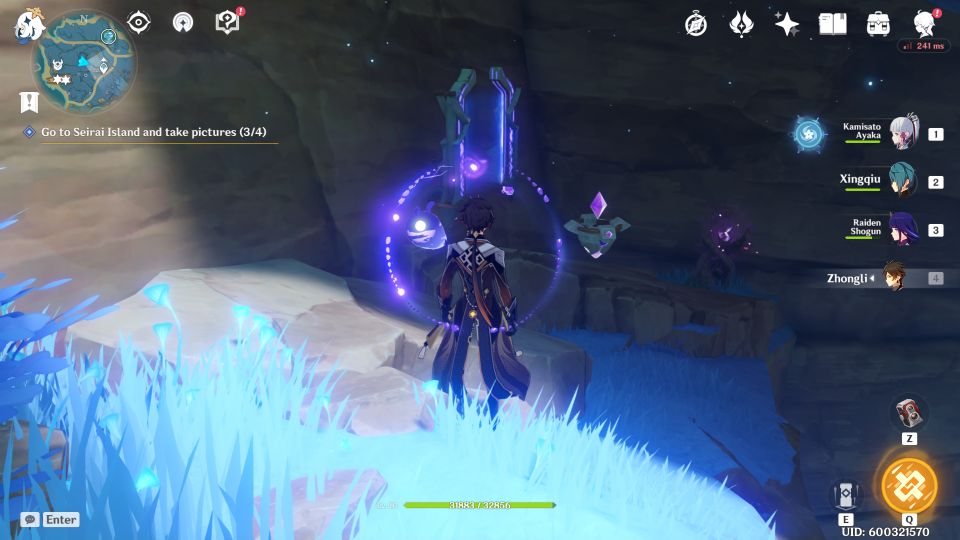 After getting the electrogranum, run towards the right and head to the thunder barrier. 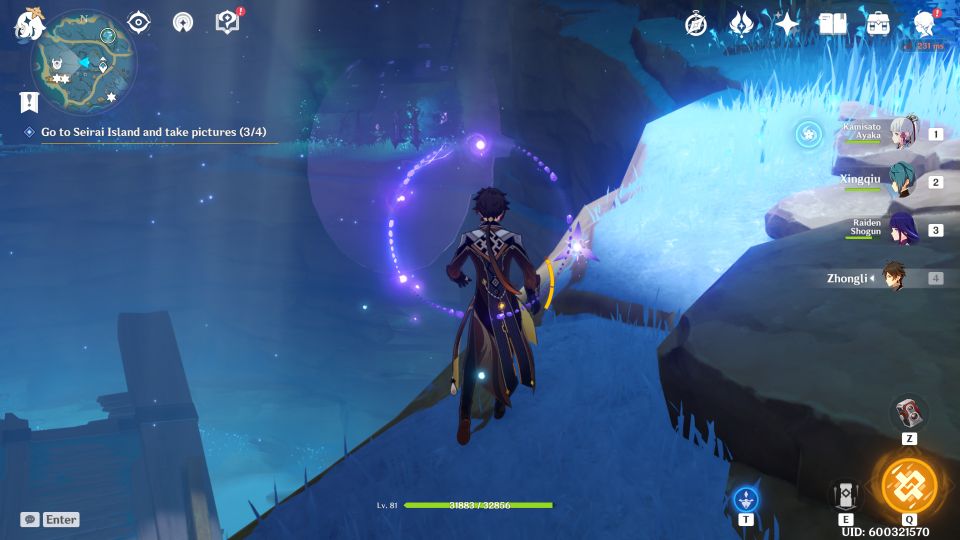 Get the relay statue in the thunder barrier. 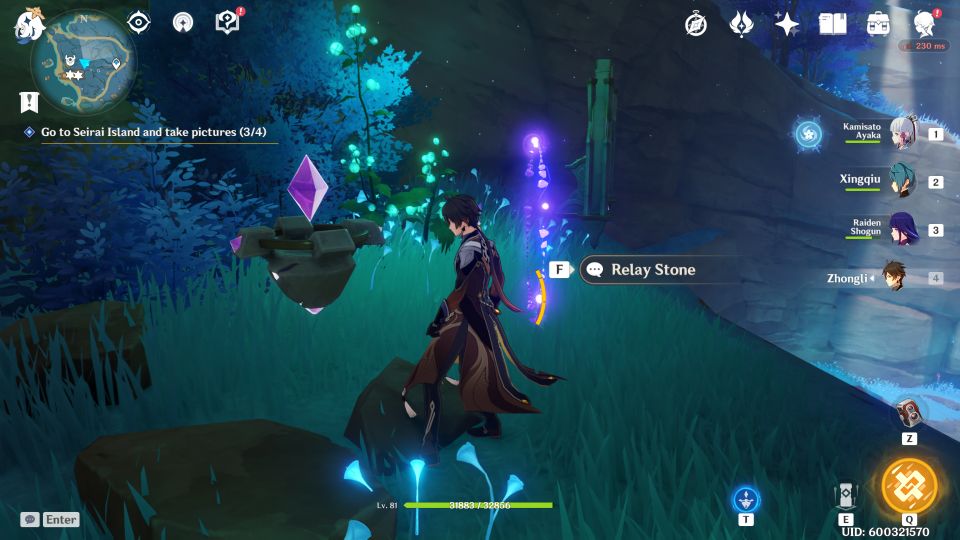 Go back to where you got the electrogranum. Summon it again and now climb up to reach the next thunder barrier. Grab the relay statue inside. 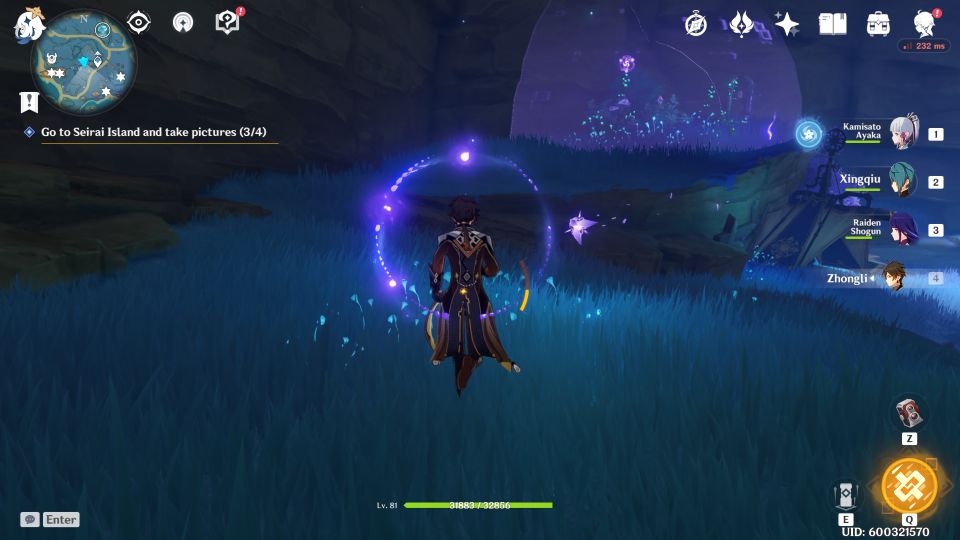 Once you have all three relay statues, go back to the ship. Place the relay statues in a way that connects three lines to the middle statue.

Two relay statues are on the ship, while the third one is suspended in the air, as shown in the image below. 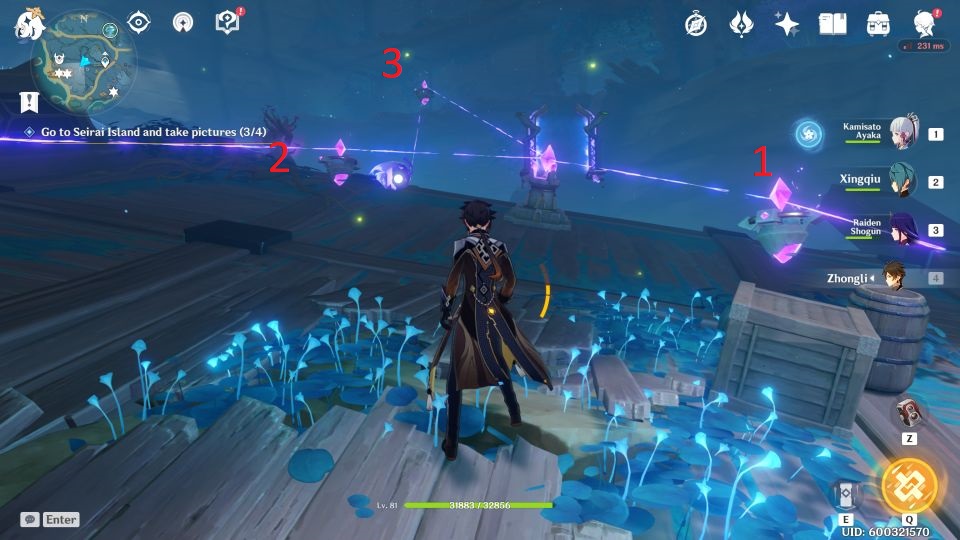 You will now unlock a path at the bottom of the cave. 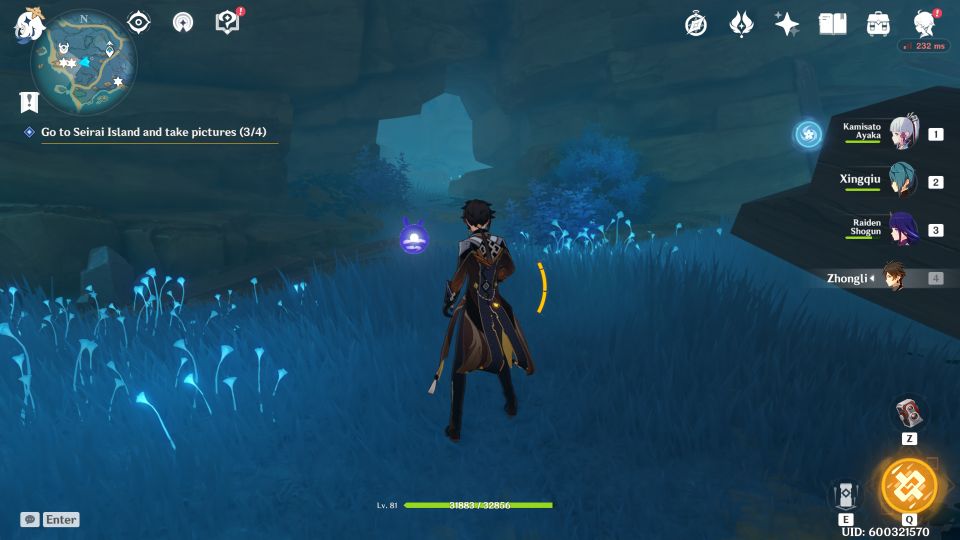 Get the Luxurious Chest

Defeat them and loot the Luxurious Chest. 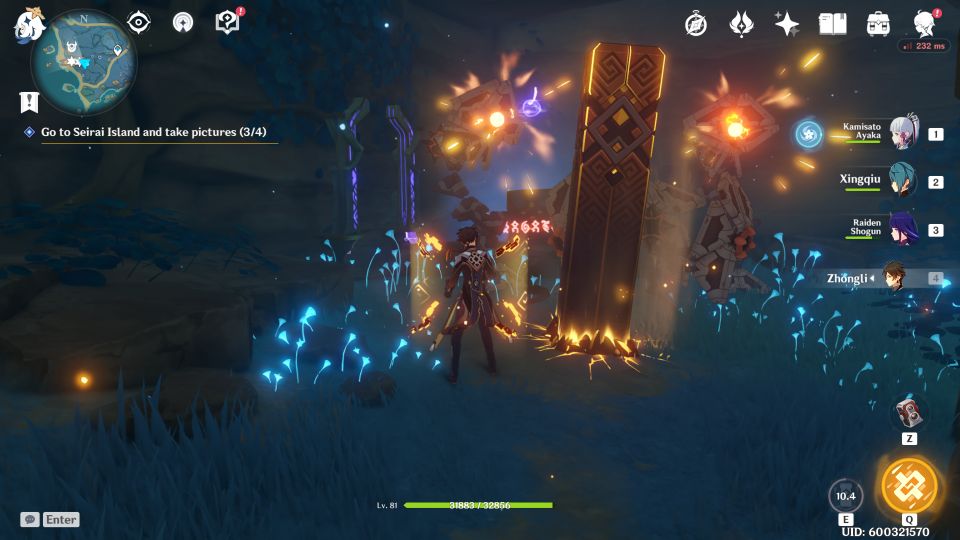