Should You Be Trapped In A Windless Land is Act 1 of the Carmen Dei Chapter in Genshin Impact.

To start the quest, you need to reach Adventure Rank 36. You also need a story key which is obtained from completing daily commissions.

Here’s a walkthrough & guide of Should You Be Trapped In A Windless Land in Genshin Impact. 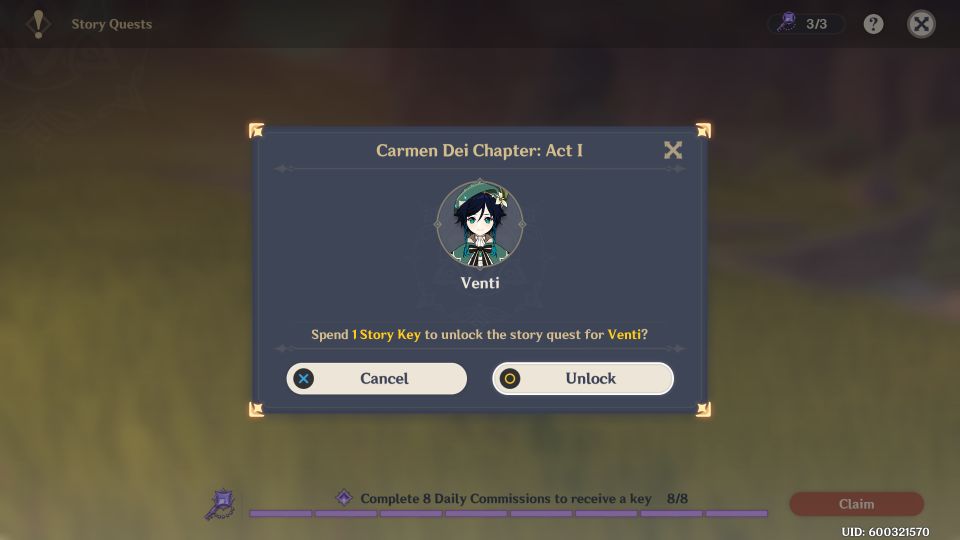 The first sub-quest is A Child’s Secret. 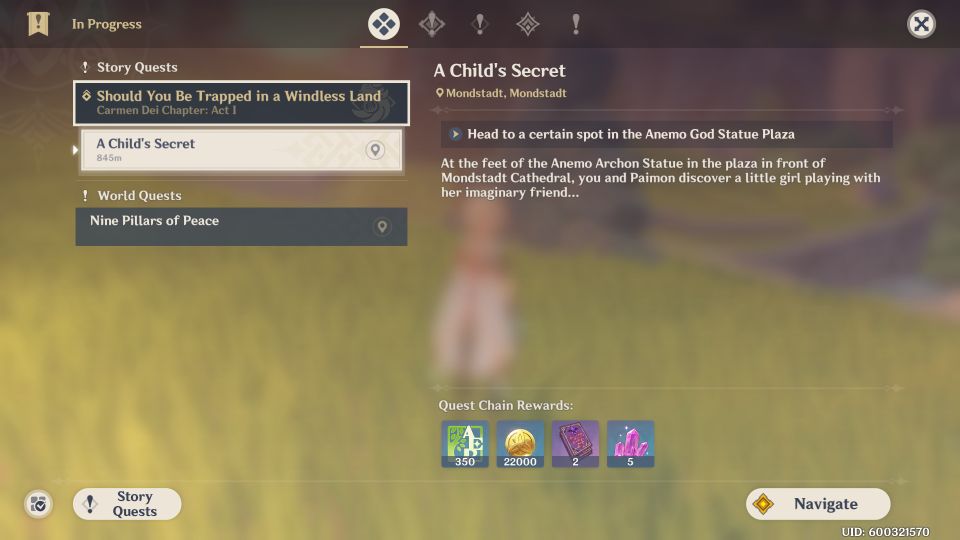 To begin, go to the Anemo God Statue Plaza in Mondstadt. Get near the small girl and a cutscene will trigger. 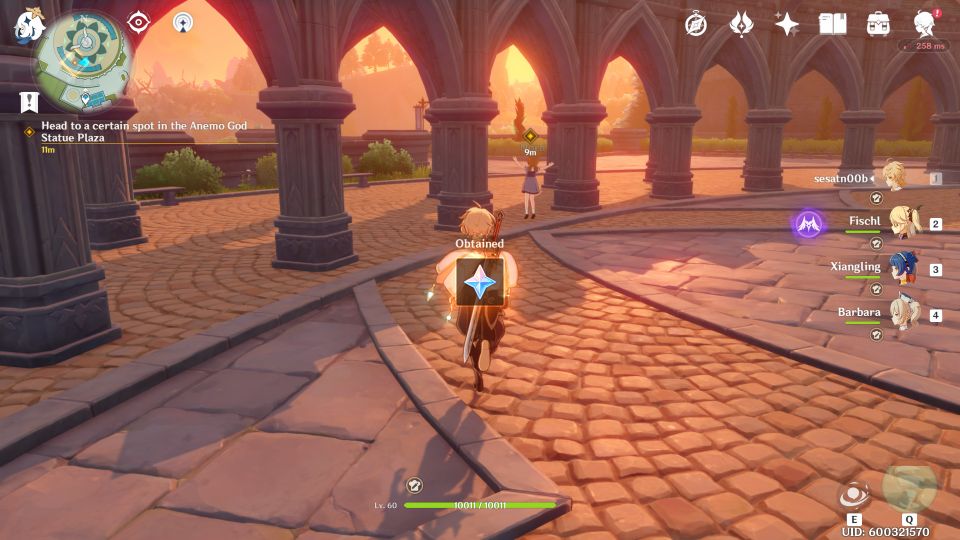 Next, meet Flora, the NPC who runs the flower shop.

After talking to Flora, go out through the front gate of Mondstadt and talk to Timmie. 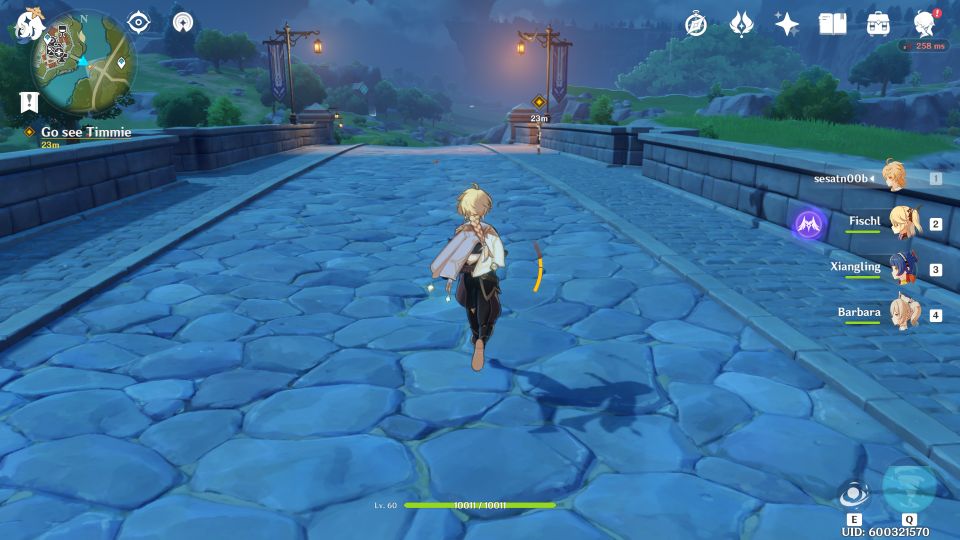 When you’re done, go to the tavern to see the adults. They are actually sitting outside the tavern, towards the side / back. 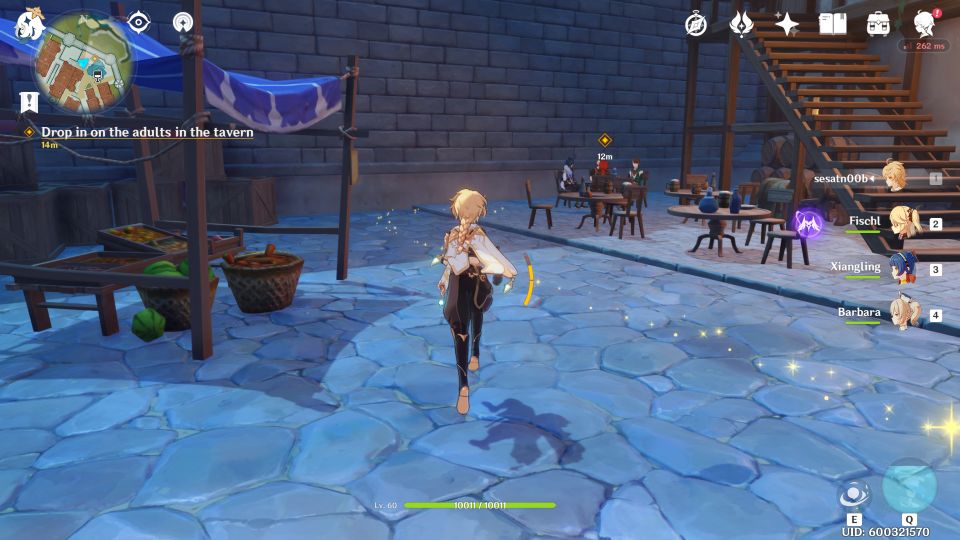 Next, meet Ellin who is located at the side of the Anemo God Statue Plaza. 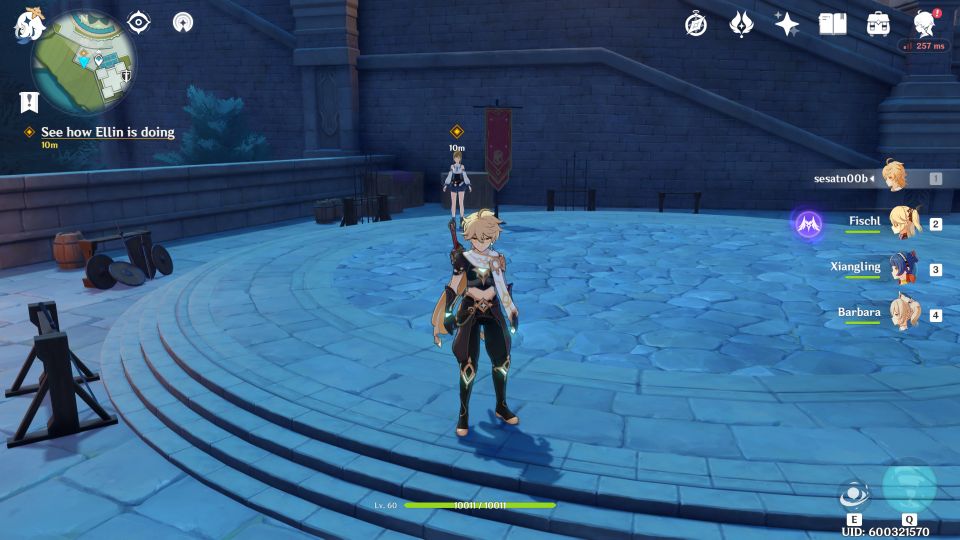 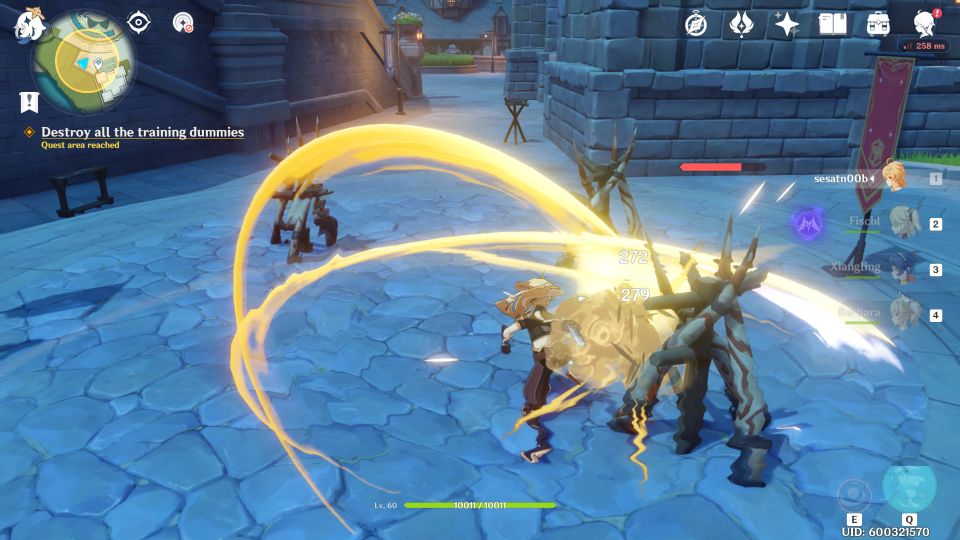 The next sub-quest is The South Wind Brings Adventure. 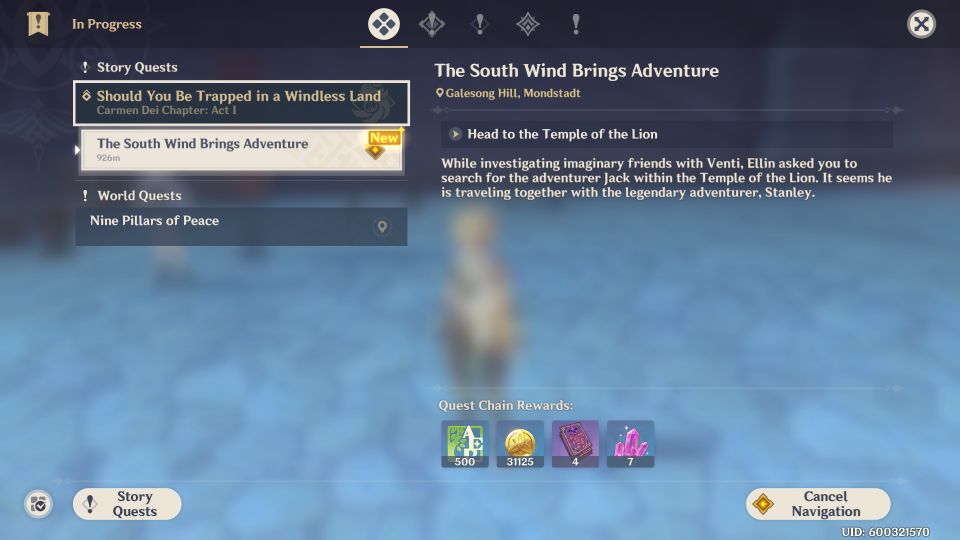 Head to the Temple of the Lion to begin. 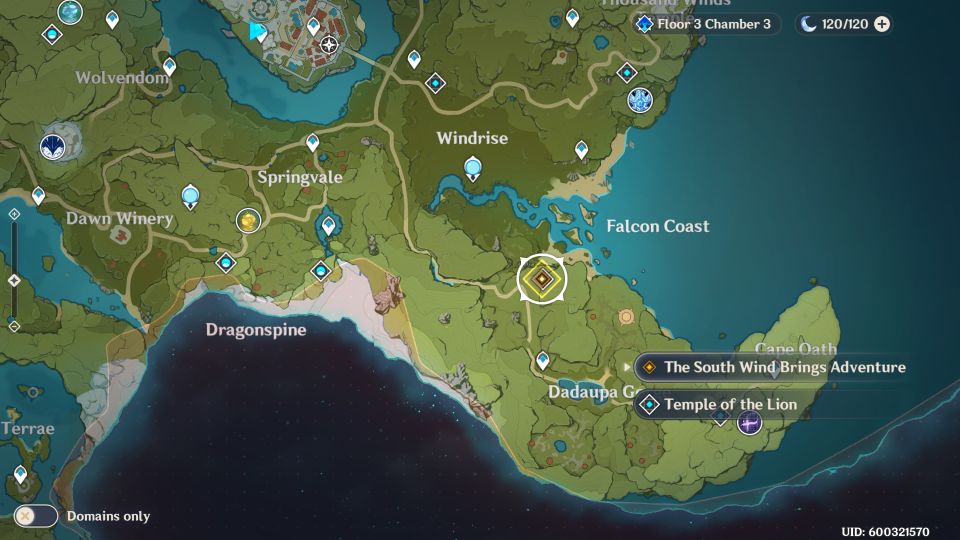 Choose “The Great Adventurer Stanley”. The recommended level is 28 but the mobs will follow your World Level instead. 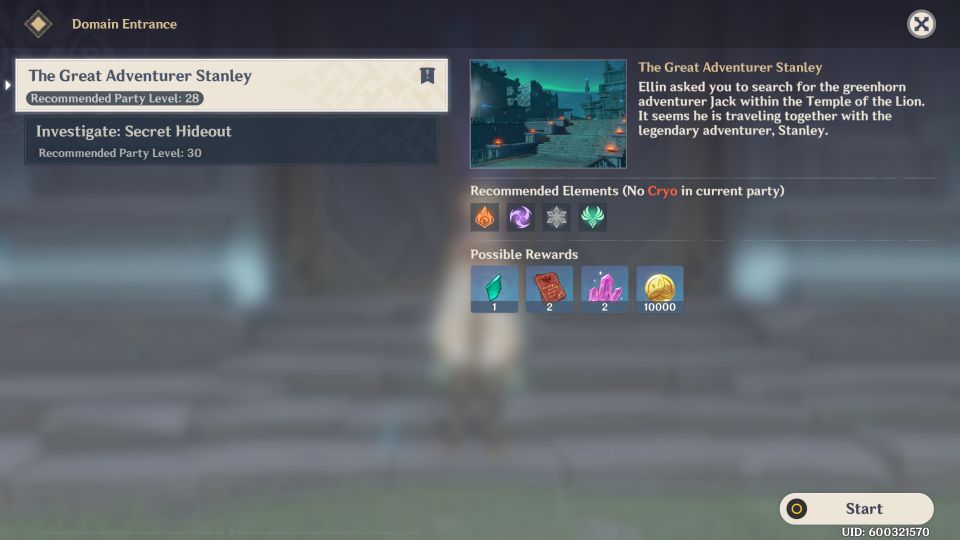 To get to the platform elevator, use Venti’s wind skill to propel him up. 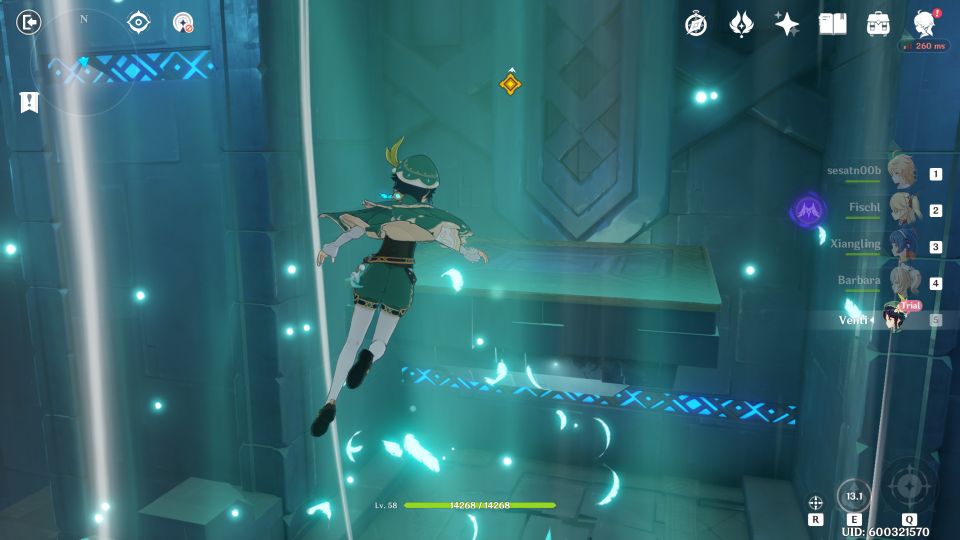 Keep going until you reach the gate. Take out the hilichurls and head to the next area. 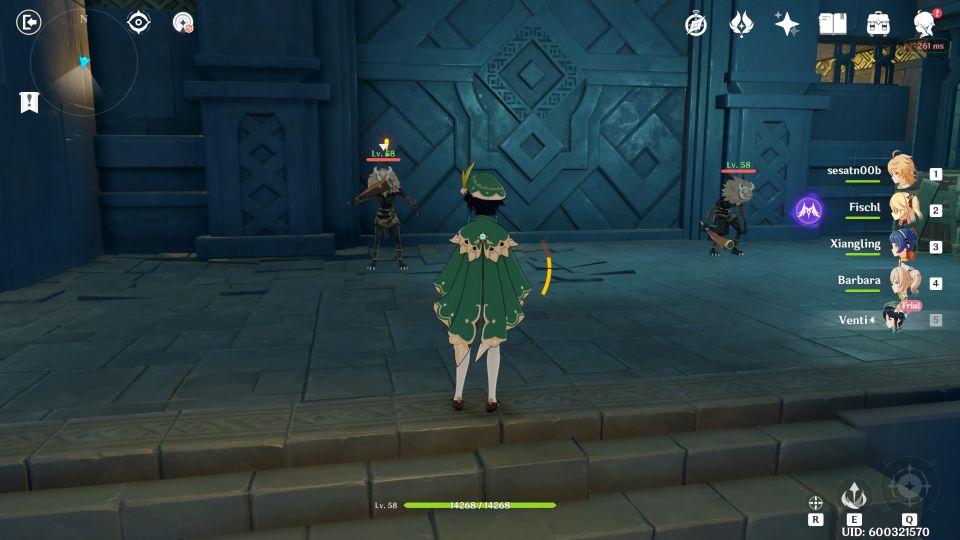 You will then come across more hilichurls to kill. 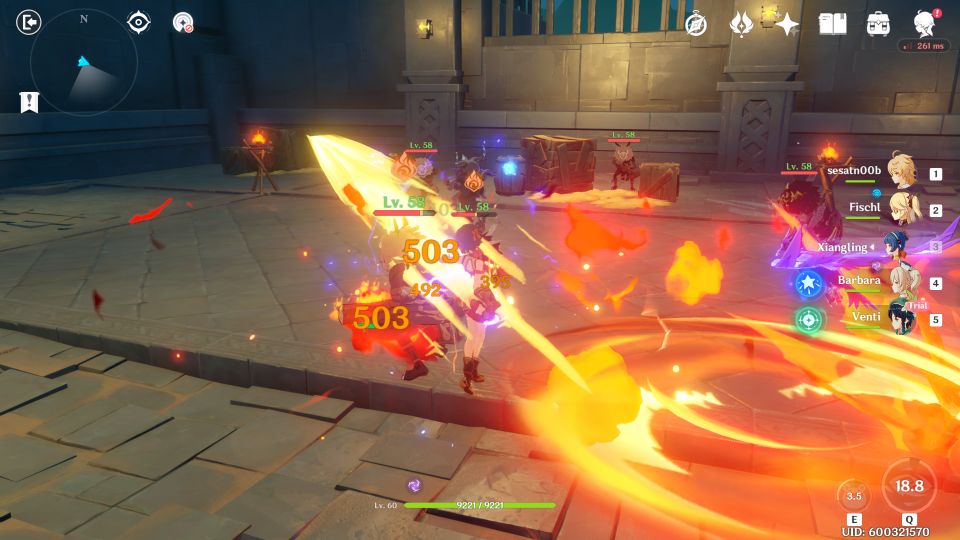 At the end of the area, you will see Jack and Stanley being held hostage.

Defeat the Abyss Mage and the other enemies. 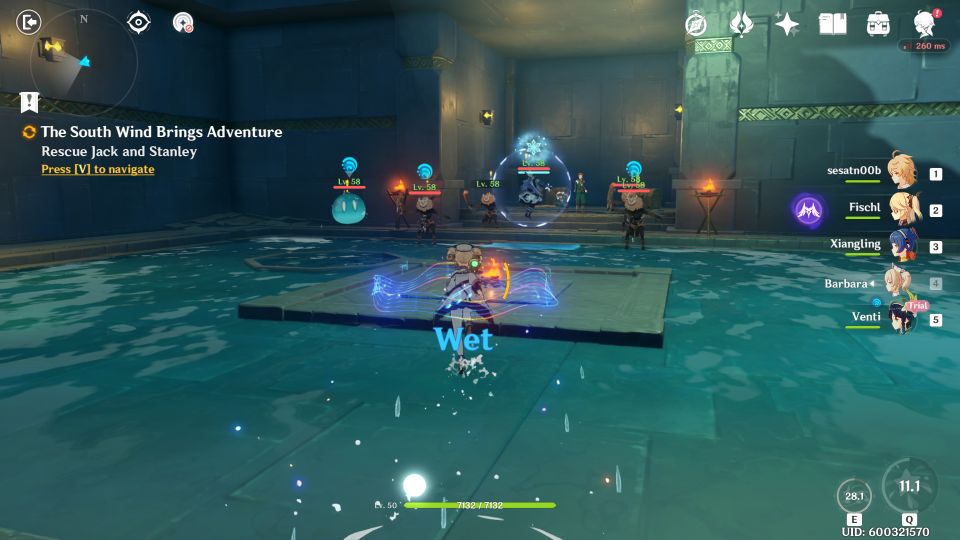 Talk to Stanley or Jack after eliminating the enemies. You will then have to ask either Jack or Stanley on what to do next.

We’re not sure if there’s any difference. We chose Stanley and he recommended completing the domain. 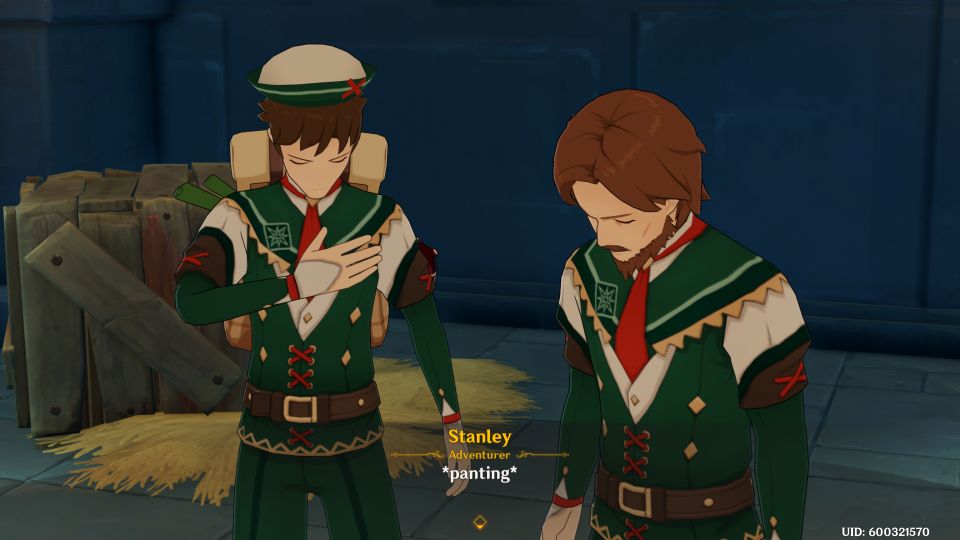 Continue using the wind to go to the next area. 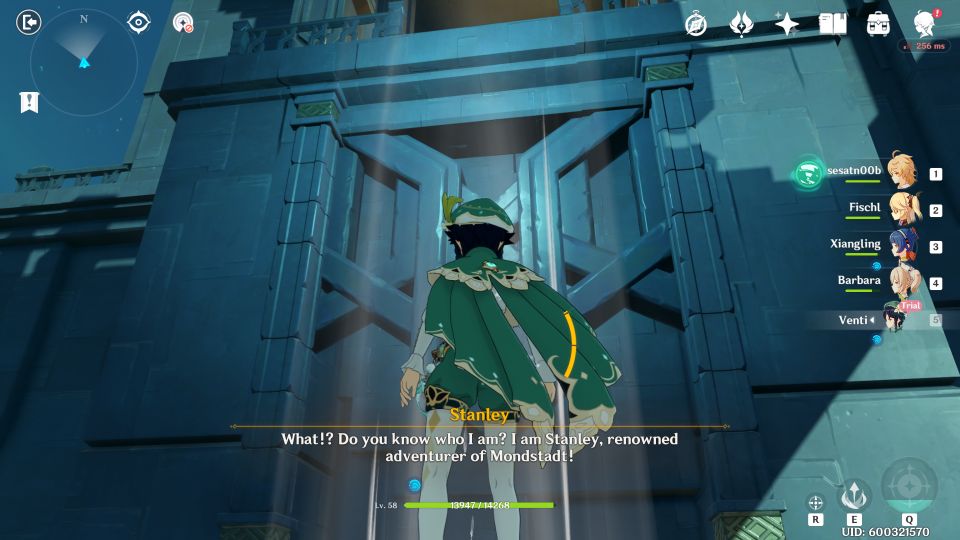 You will reach a console surrounded by four Anemo statues.

Use Venti’s wind ability to activate all four, and then start the console. 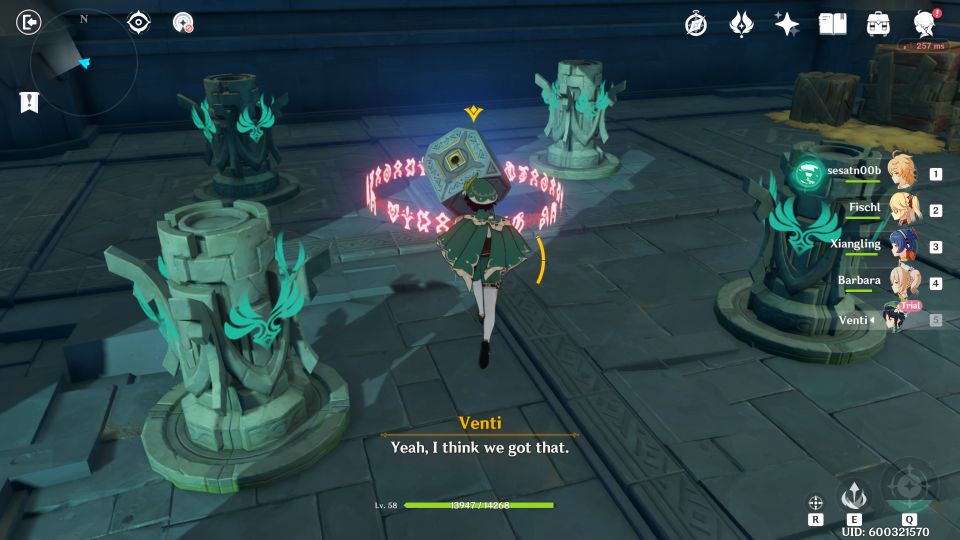 In the next area, more enemies await. Take them out first. 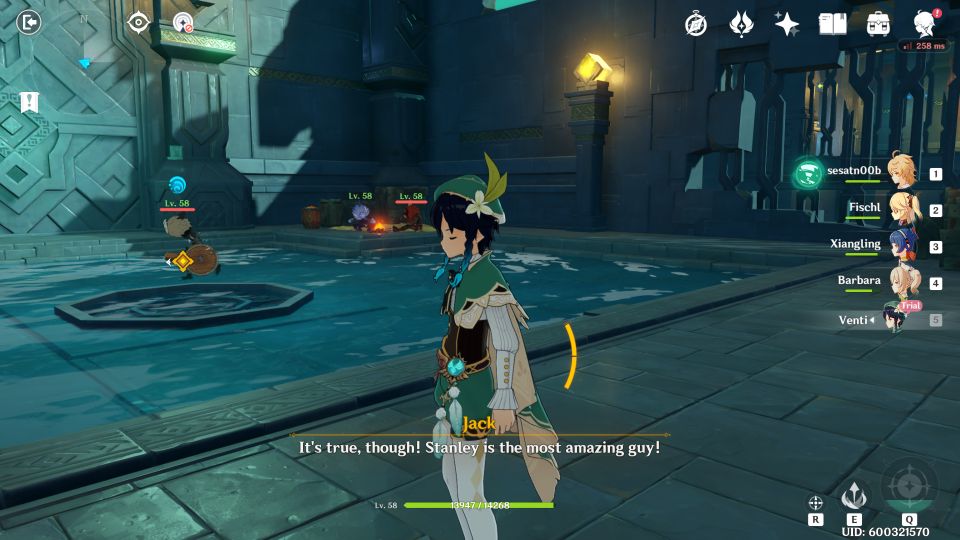 You will then reach a gliding area. Use Venti’s skill again to fly up and glide through the hoops. 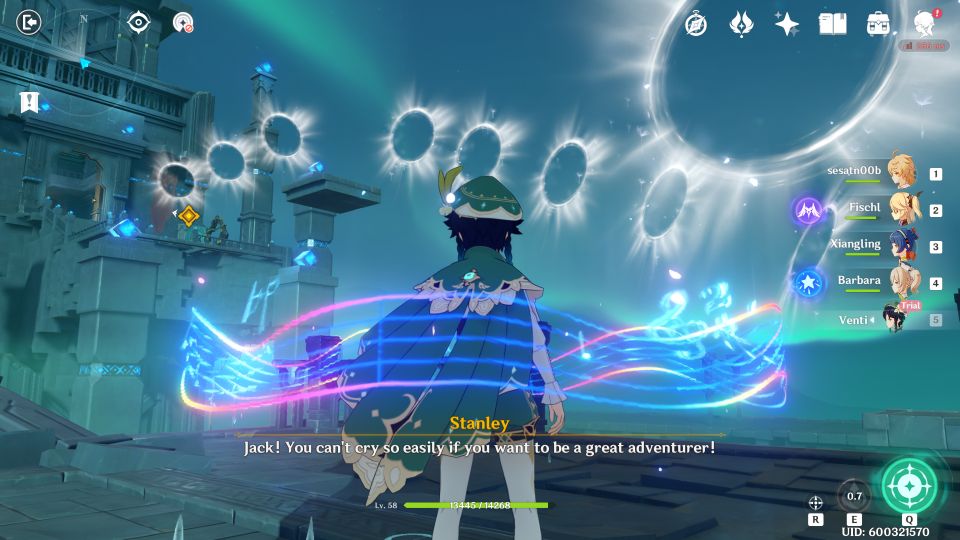 After the battle and cutscene, take the treasure. 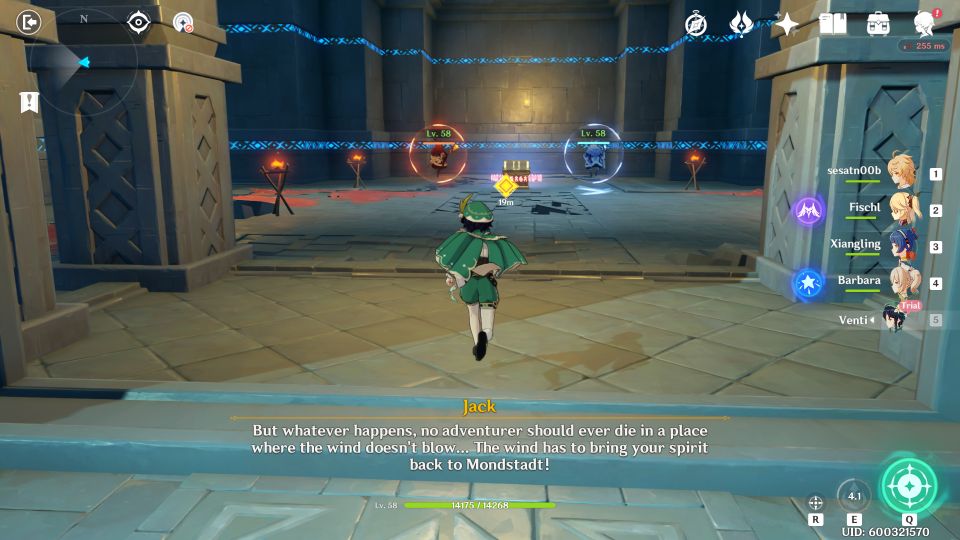 The next sub-quest is Lionfang’s Legacy. Your task is to help Jack get some secret weapons. 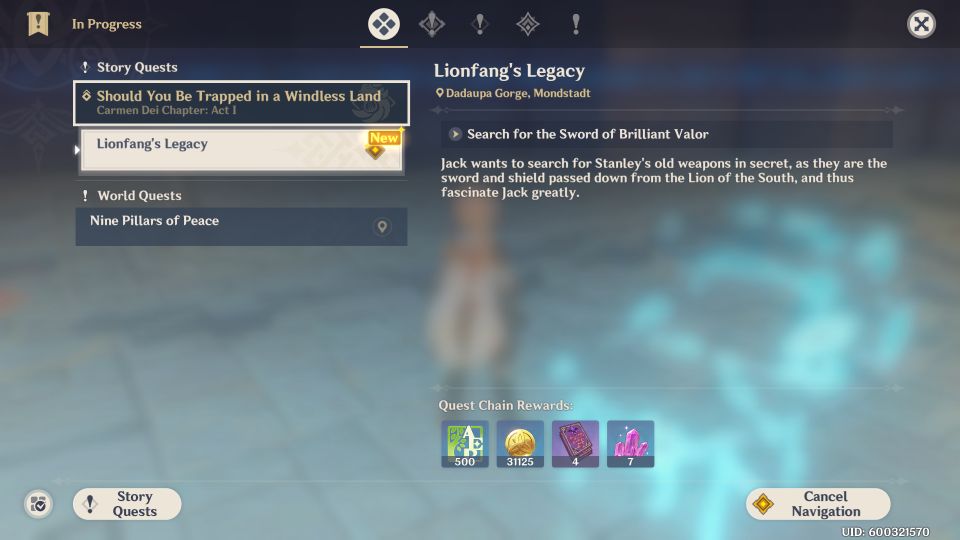 Go to Dadaupa Gorge which is located behind the domain you just came out from. 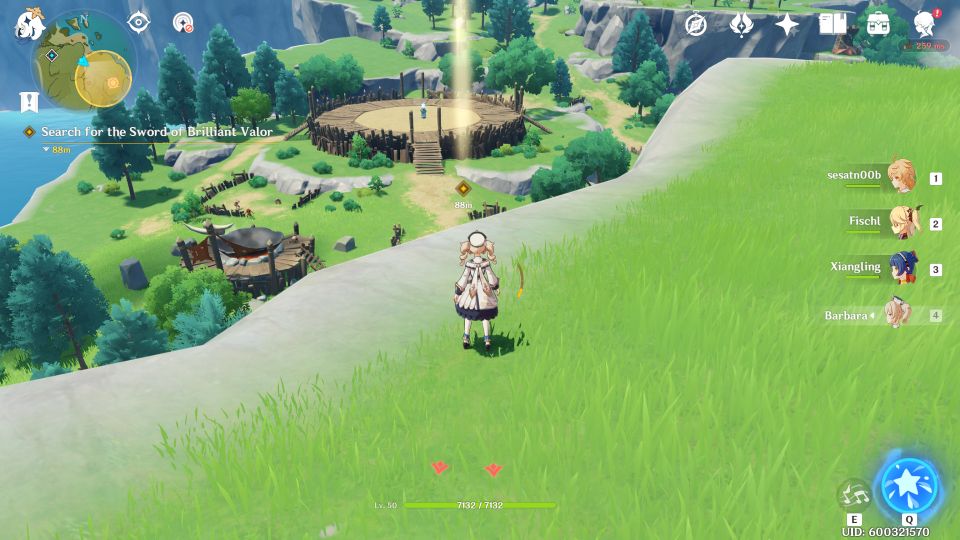 The special sword is hidden inside the big tent. Defeat the enemies to unlock the sword. There is more than one wave of enemies. 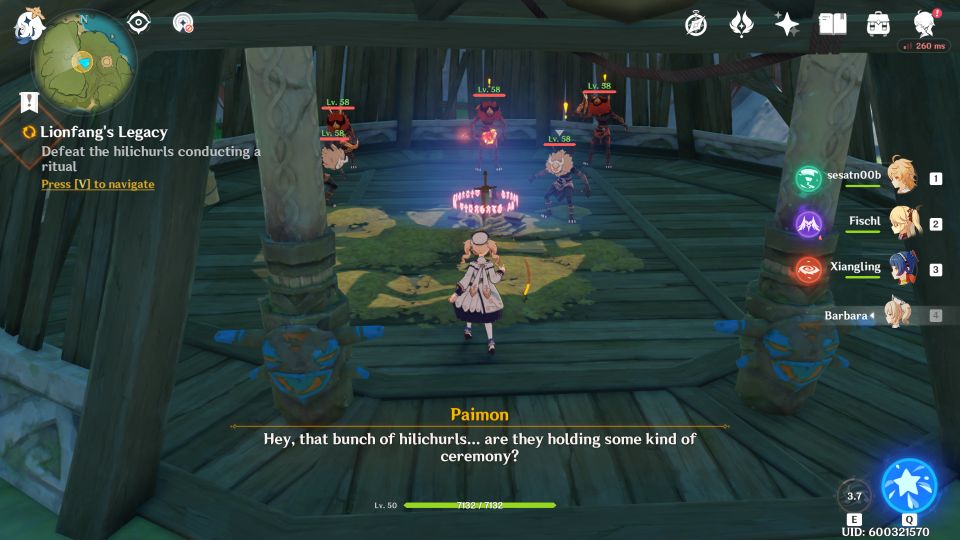 Next, you have to find the shield. Go to the marked area on the map.

Look for the lone hilichurl. You can apparently cut a deal with him. 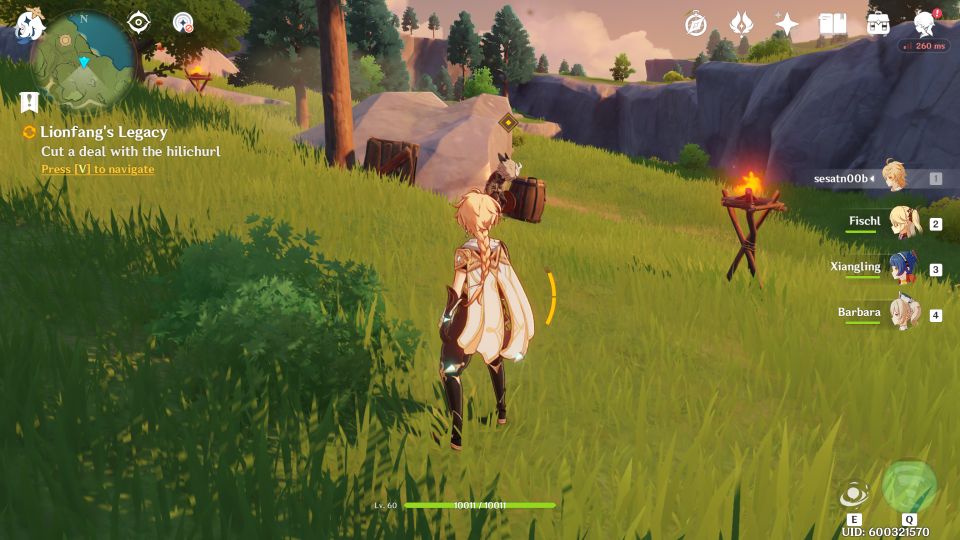 We’re not sure if you can avoid the fight totally by way of conversation. 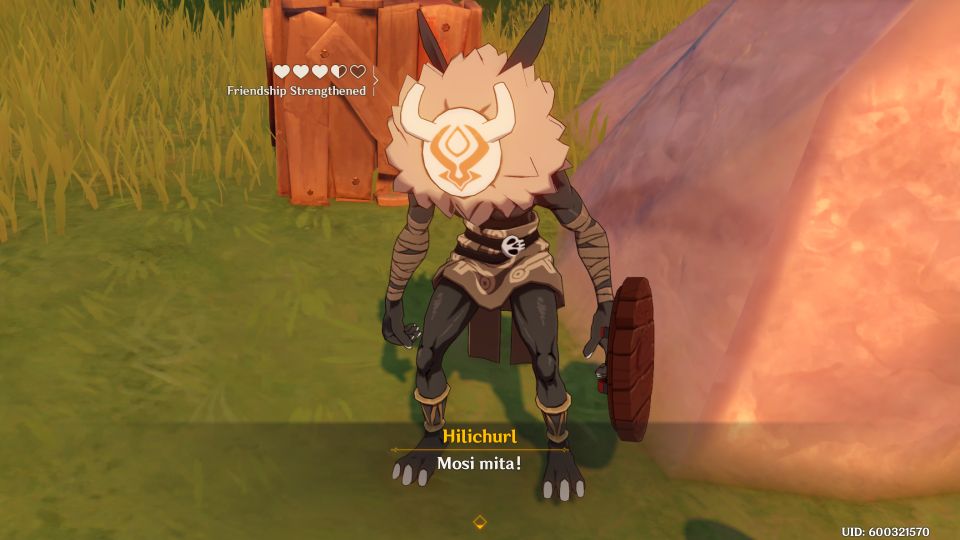 In any case, if the friendship level goes down, you have to defeat a couple of hilichurls.

The lone hilichurl will then leave the shield. 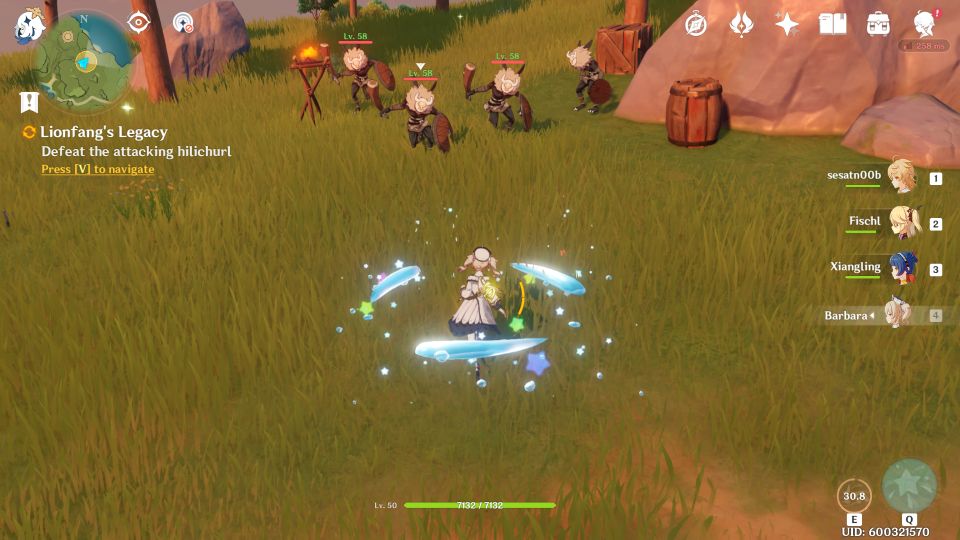 Should You Be Trapped in a Windless Land

This is the final sub-quest. 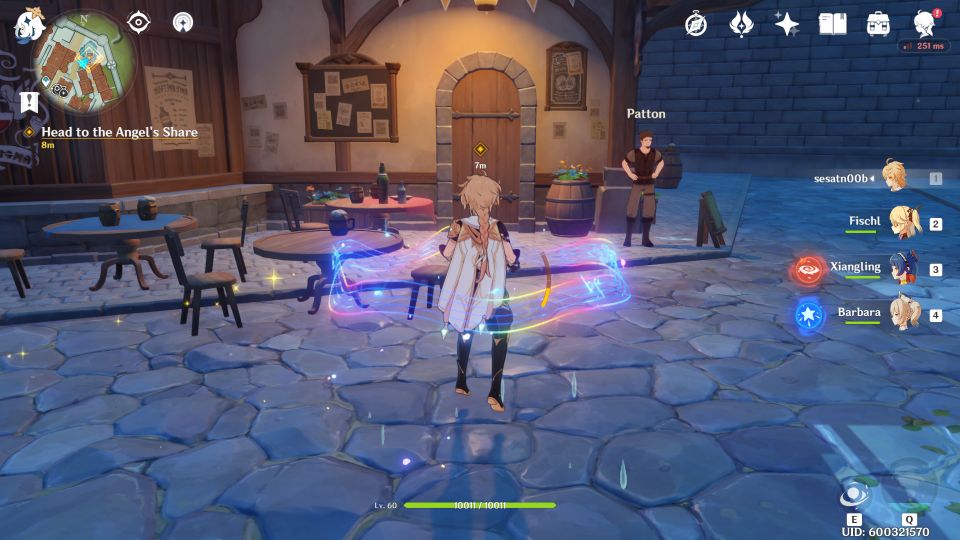 Go behind Stanley and a cutscene will trigger. 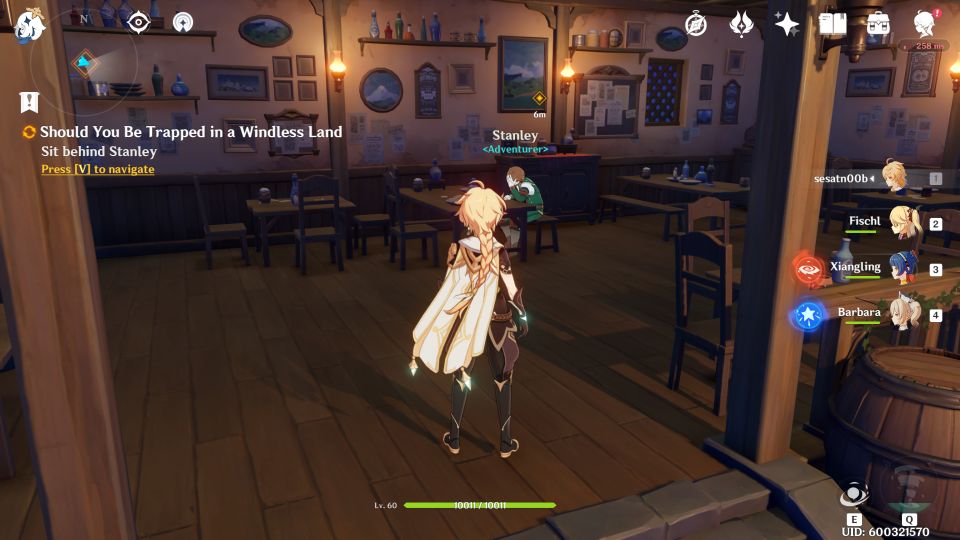 After the cutscene, talk to him. 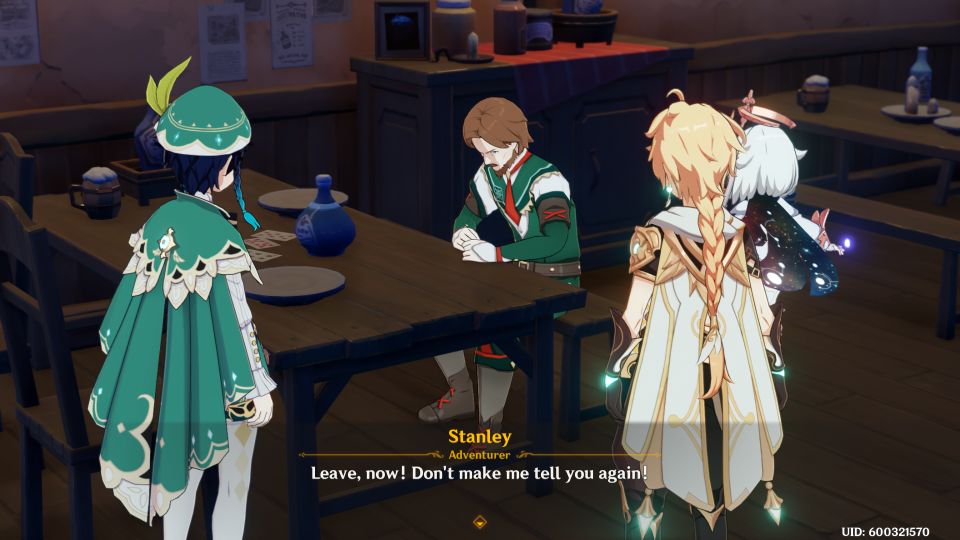 The last objective is to meet Venti at the Anemo God Statue in Mondstadt. He’ll tell you a story about his friend. 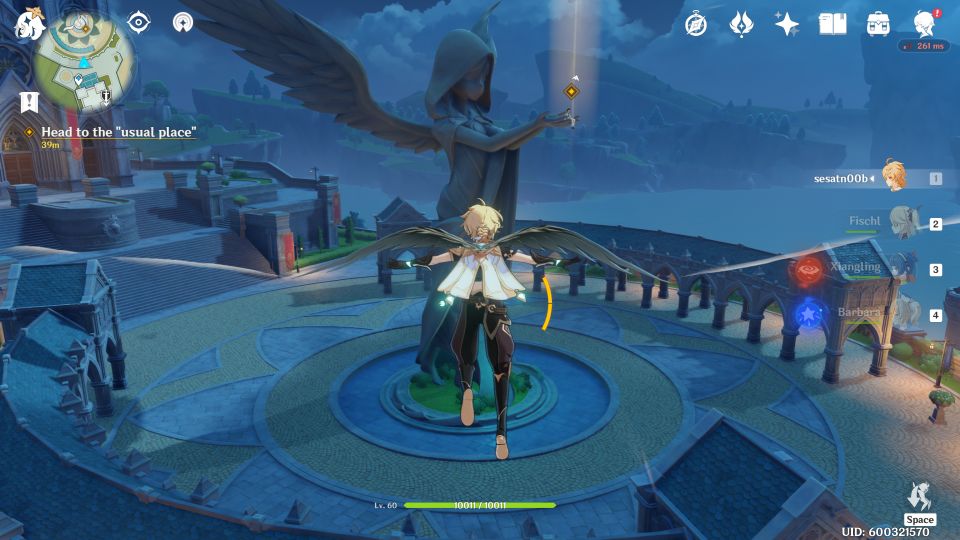 Genshin Impact: How To Get Hero’s Wits To Level Up