There’s a blue seal in the northern part of Sal Terrae and some players in Genshin Impact have already gotten below it.

If you read the tablet, it says “Salt seals the ruin within, none uninvited may enter in”.

Here’s how players are getting under the blue barrier / seal in Sal Terrae in Genshin Impact.

Location of seal in Sal Terrae

You will find the seal in Sal Terrae, at the exact location shown in the map below, marked by the player location.

It’s just north of the waypoint in Sal Terrae. 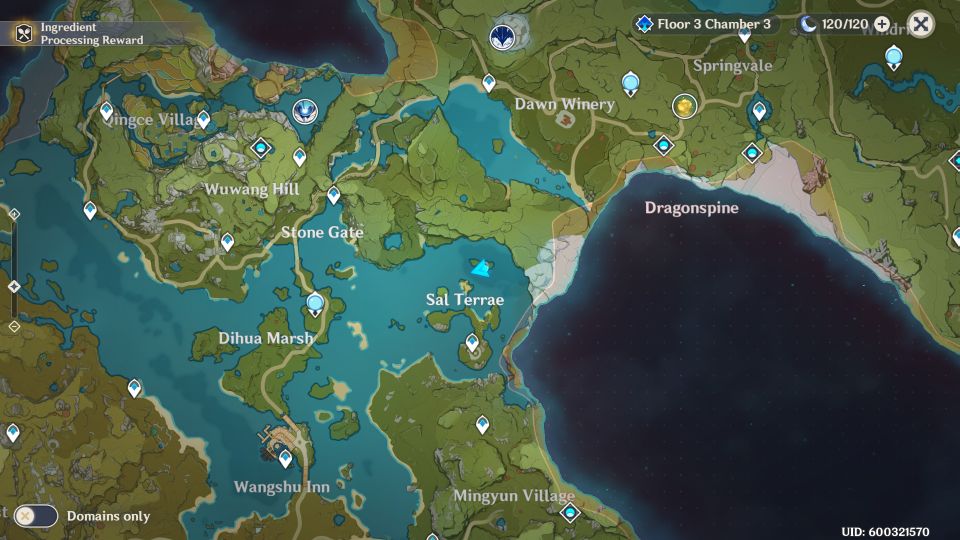 How to get under the blue seal in Sal Terrae

As you arrive, you’ll see a blue seal or barrier blocking you from going all the way down.

There’s also an Ancient Stele that gives you a riddle of some sort. As of version 1.0 of the game, you can’t actually access the treasure underneath by solving puzzles. The developers will include the puzzle or quest to open the seal some time later in an update.

However, players are already getting in through glitches and there are actually a few types of glitches. 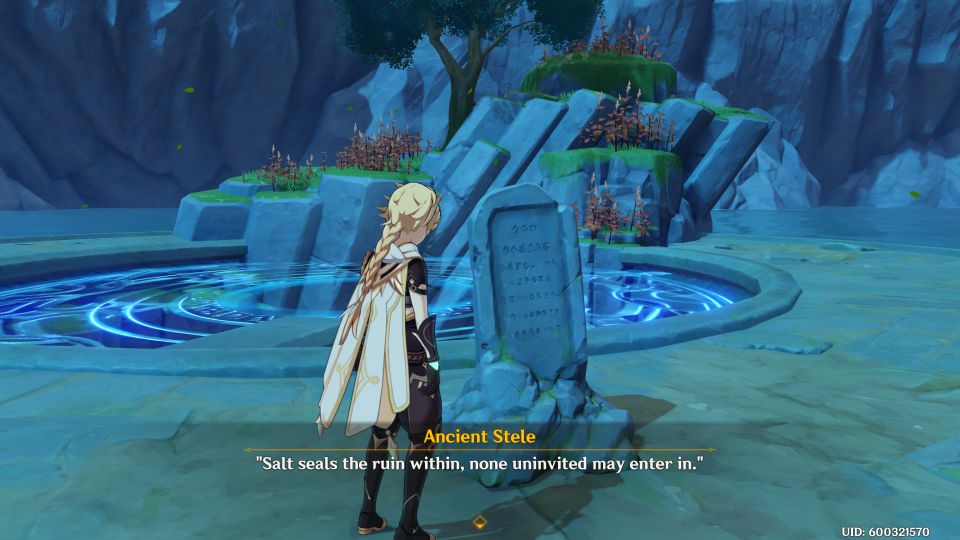 The easiest way to get in is by using either a Venti or a Bennett. Both of them can utilize their elemental skill (E) with the photo mode combination to somehow get in.

If you don’t have either character, there’s another way that requires you to get to the snowy mountain just nearby. There’s a fake mountain you can enter and somehow climb down through the crack.

It’s very hard to do and may take a lot of time to actually make it work. YouTubers have already done videos on it. You can check out the video embedded below.

What is under the seal?

If you get to the bottom, you will find three treasure chests but they are of nothing in importance.

Perhaps the actual items have not been loaded into the chests yet.

Genshin Impact: Should You Be Trapped In A Windless Land (Guide)