Sacrificial Offering is a world quest available in Inazuma in Genshin Impact.

Your task is to break the seal of the shrine and then destroy the barrier.

Here’s a walkthrough and guide of Sacrificial Offering in Genshin Impact. 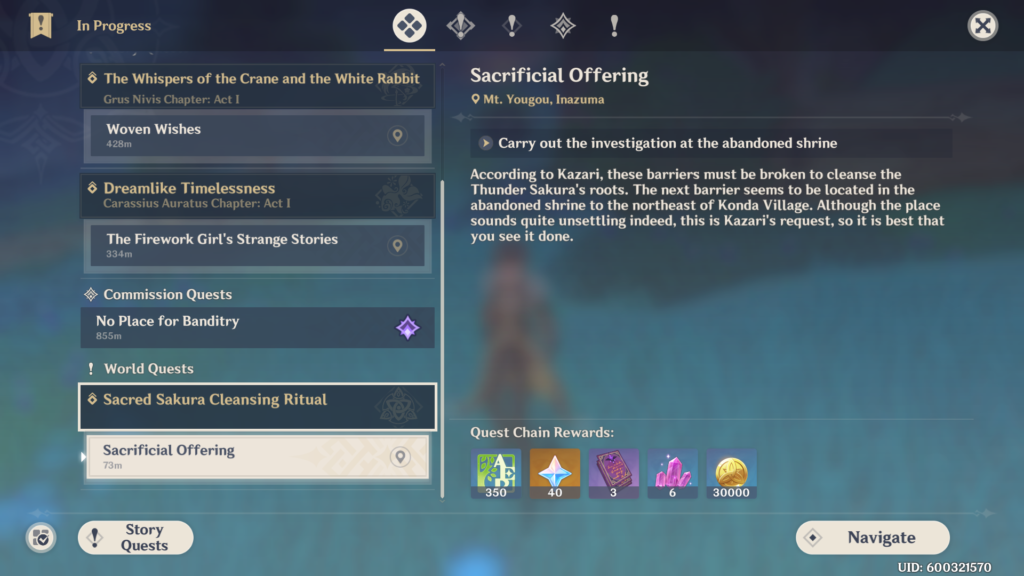 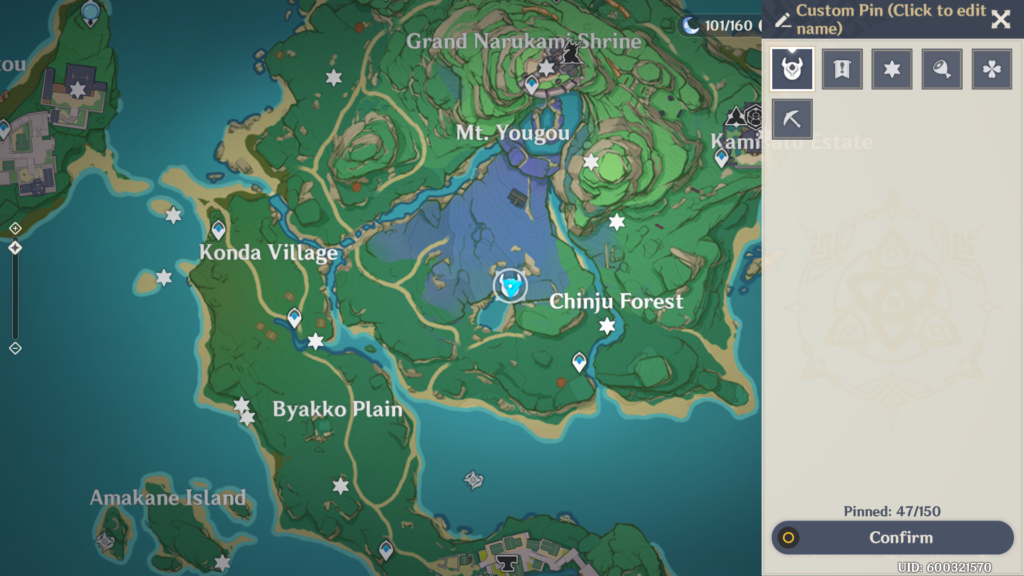 You will then see a shrine.

It says “I have placed three shikigami here as guardians. Only when they are all gathered here in one place can you proceed.” 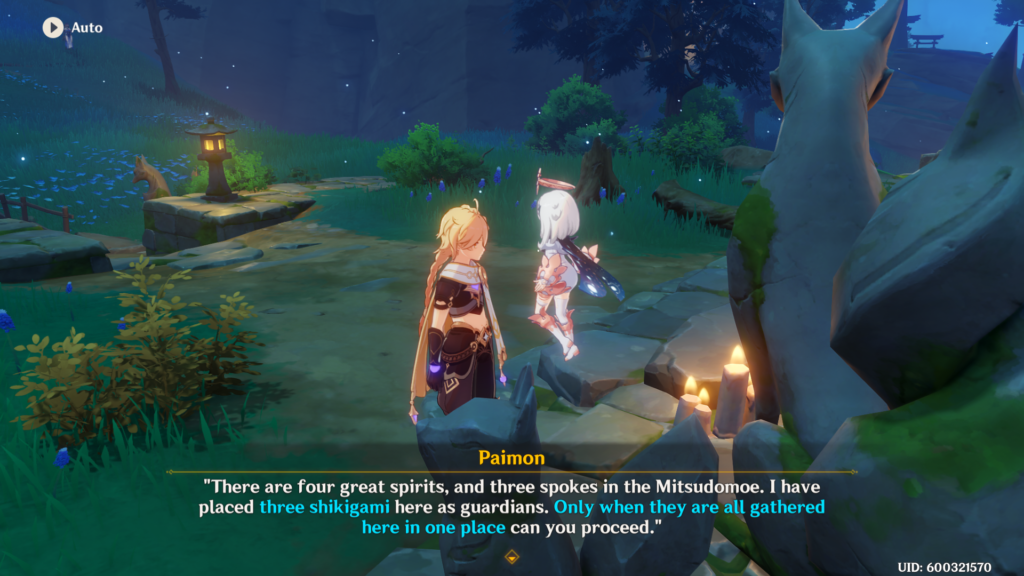 How to solve the mysterious shadow puzzle

You will now see mysterious shadows all over the place. There are actually three of them.

The aim here is to get all three mysterious shadows to stand at the three fox statues in the middle. 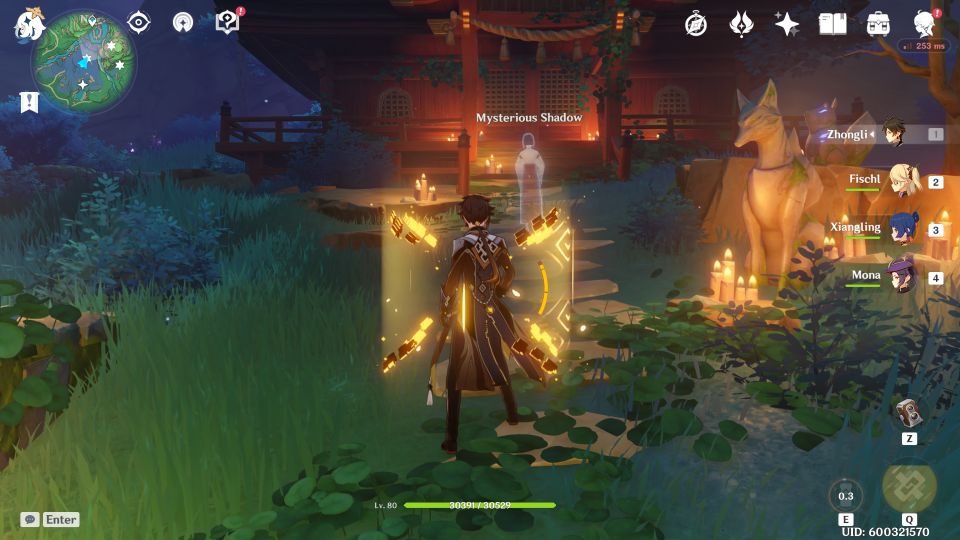 The first one is at the building opposite to the fox shrine. You have to talk to the shadow until she stands behind the fox statue in the middle.

She might disappear a few times and appear elsewhere, but the aim is to get her to the middle (image below).

For the second mysterious shadow, you’ll find her at the entrance to the shrine area (southwest). Talk to her until she stands at the fox statue, together with the other shadow. 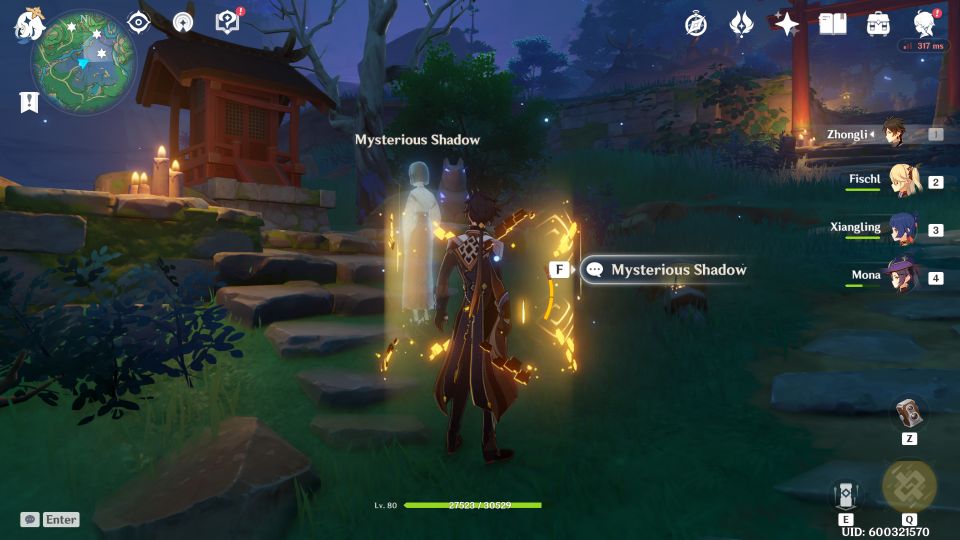 The last mysterious shadow is standing at the top of the building, on the rooftop.

You’ll see her when you climb on the rooftop of the building. She’s at the edge of the rooftop. 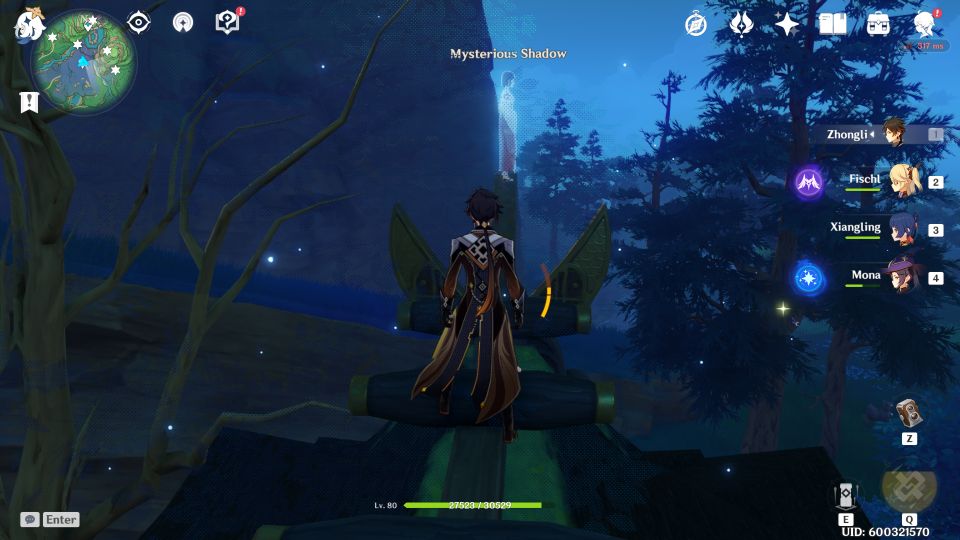 Talk to her and she might reappear near the shrine. Talk to her again until she reaches the middle fox statue. 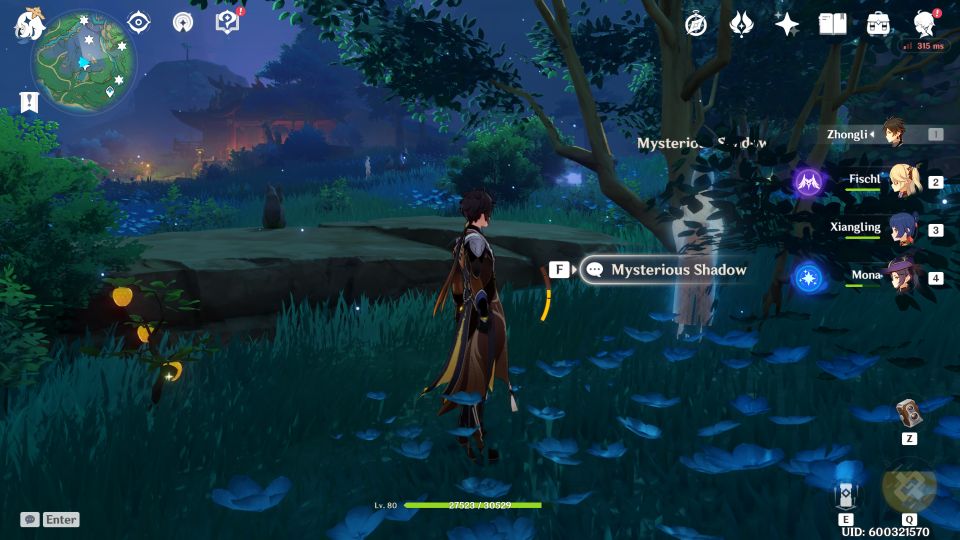 Once all three mysterious shadows gather at the middle, they will disappear and three chests appear.

Get the item in the middle as well. 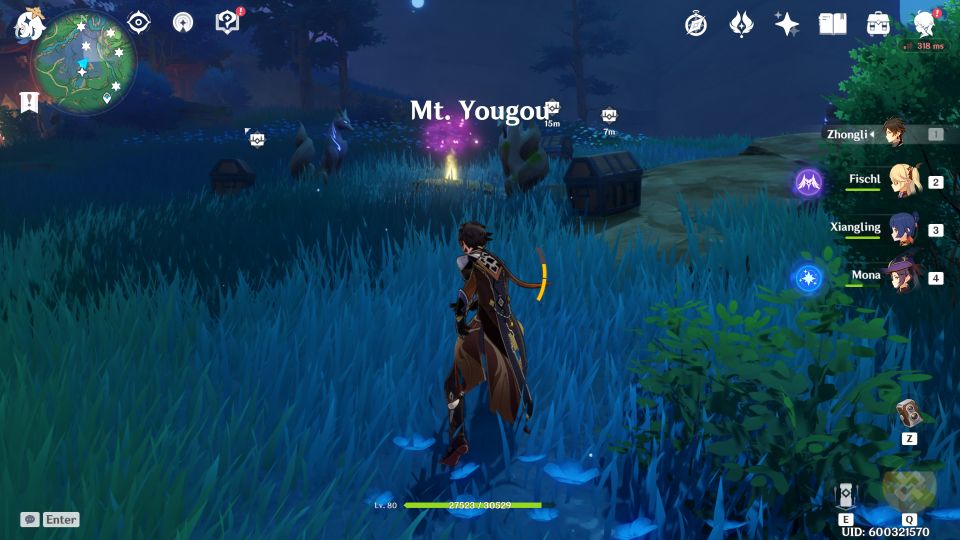 Go to the Grand Narukami Shrine

To get help in understanding the message, head to the Grand Narukami Shrine. Speak to the lady at the entrance.

You’ll be given a memento which is a gadget. 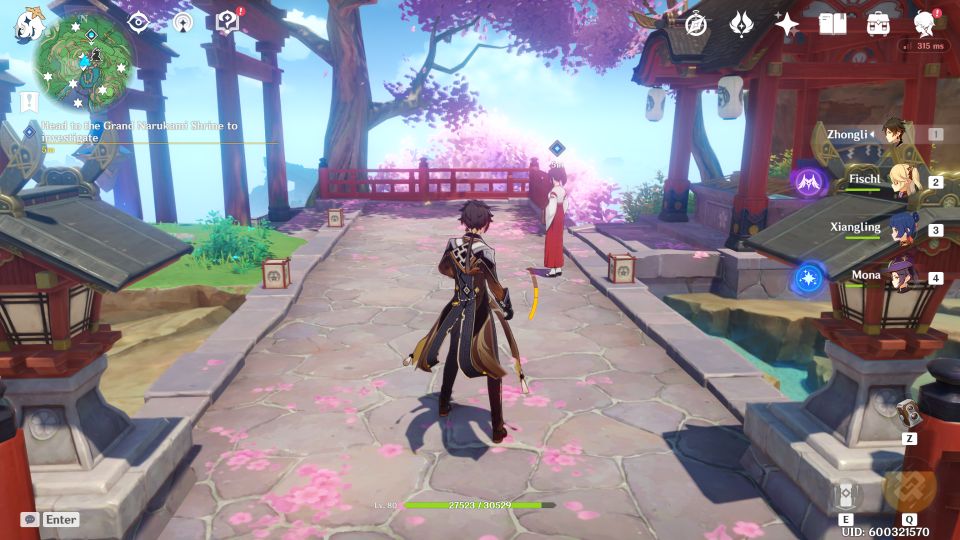 Return to the shrine area. Use the memento on all the small fox statues which are lit.

There are a number of them all around the area, including the entrance of the shrine. 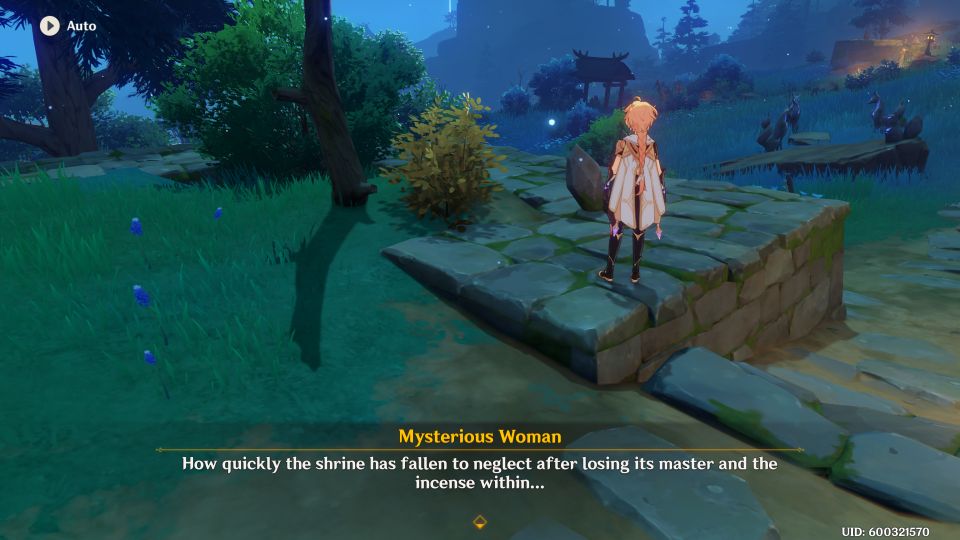 After using the memento on all relevant statues, you’ll be able to get the sacred words. 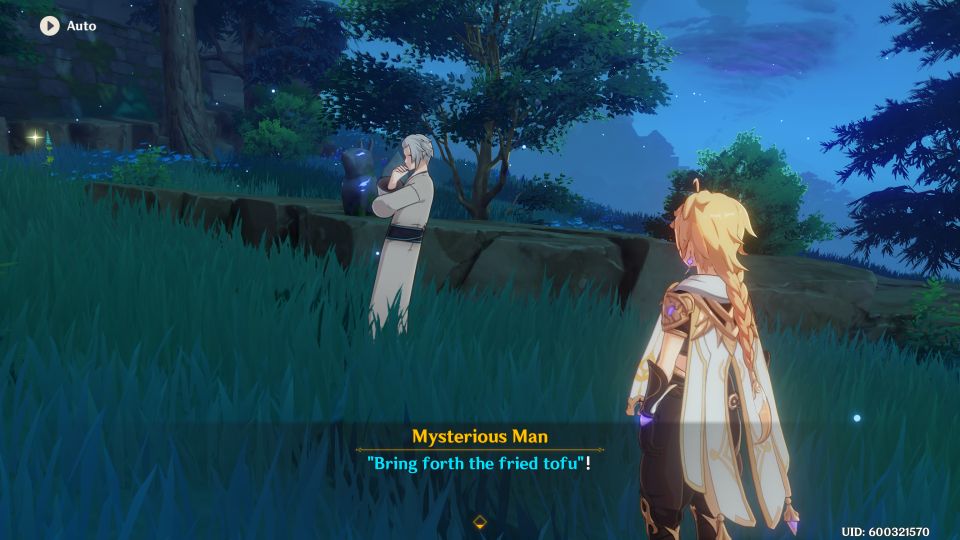 The correct order for the answers to undo the seal are as follows: 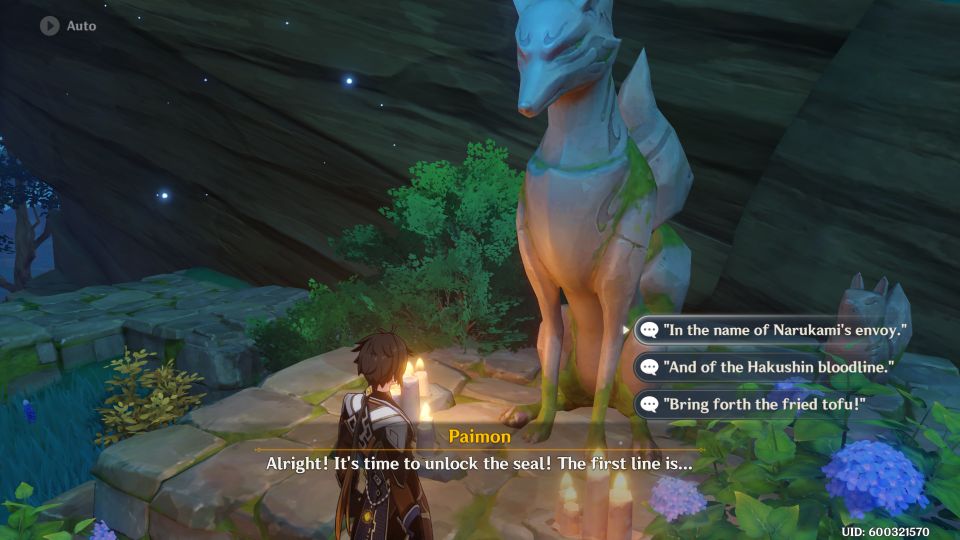 Next, you have to obtain the ward that appears. 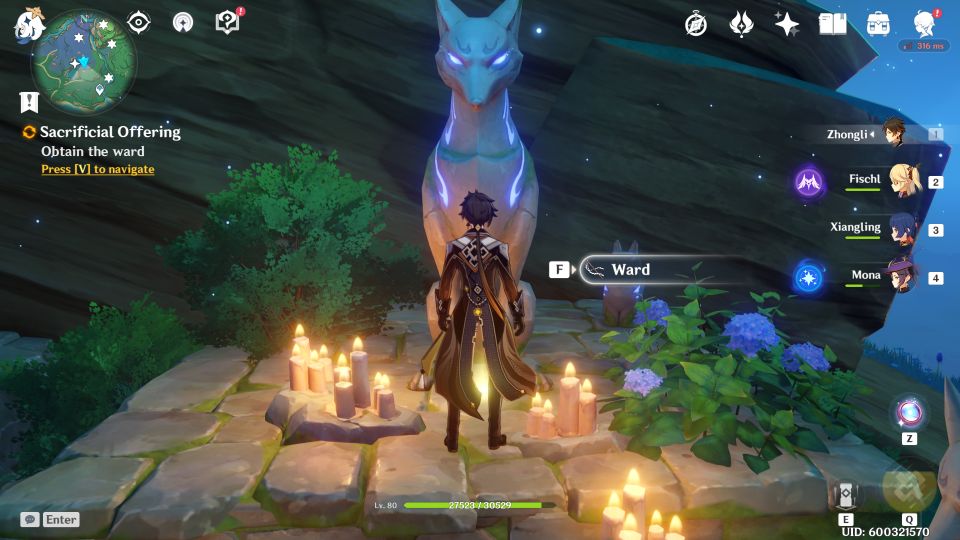 How to find the barrier

You’ll then be asked to find the barrier. The exact location is shown in the map below, marked by the player location. 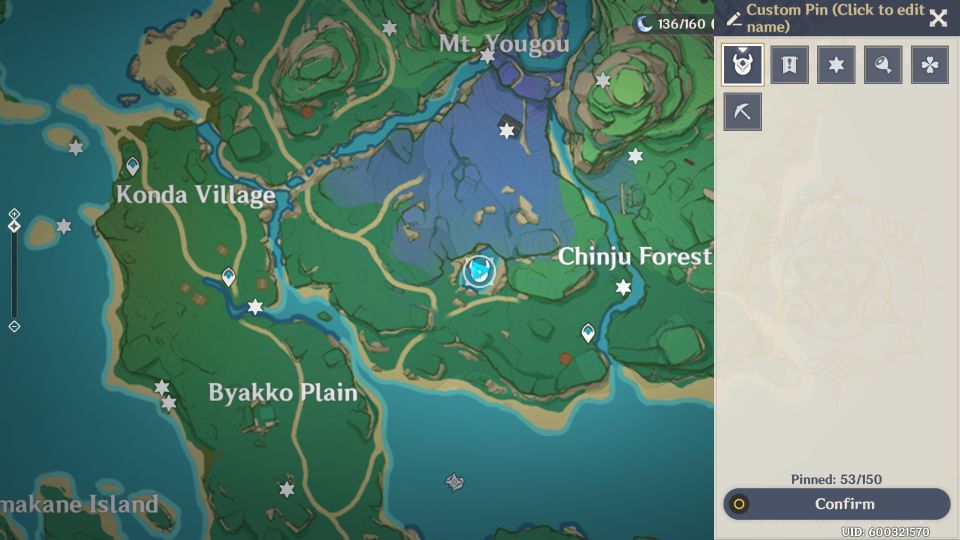 When you reach the area, you’ll see a small pool. There’s an abyss mage with some cryo slimes.

Take them out and then go to the iron gate in the pool area. Use the key to open the gate. 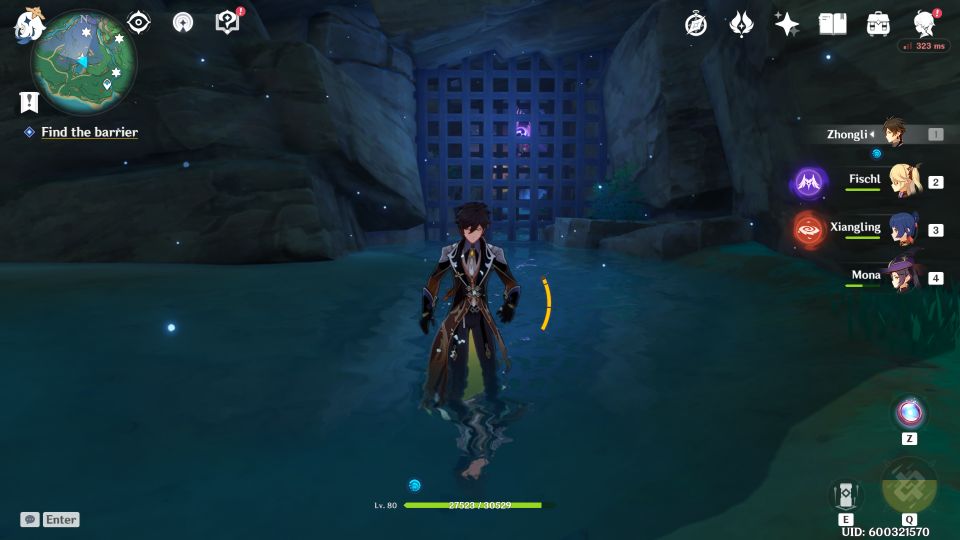 To destroy the barrier, you have to first purify the statue. 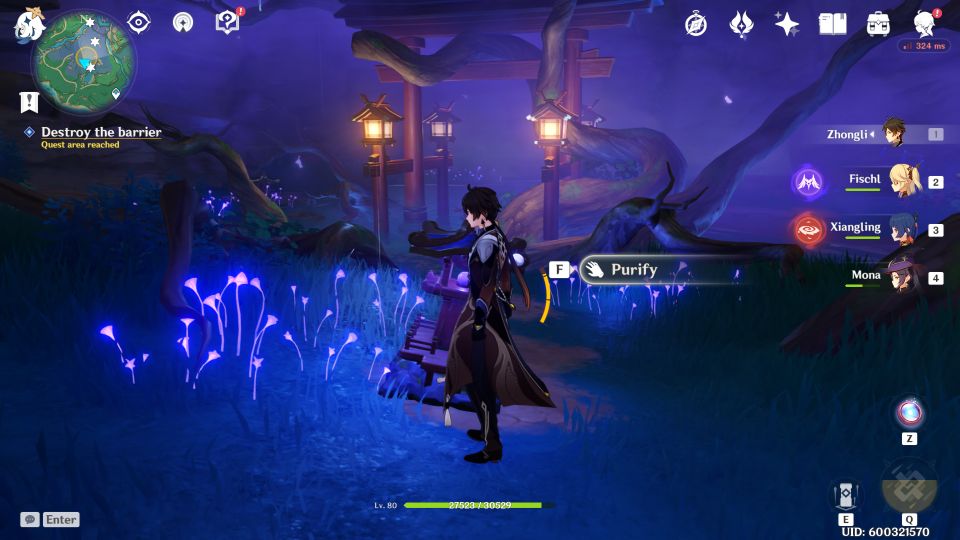 Once again, you have to solve this puzzle by adjusting the order.

The answer is as shown below. The middle is 2 while the other external ones are 3. 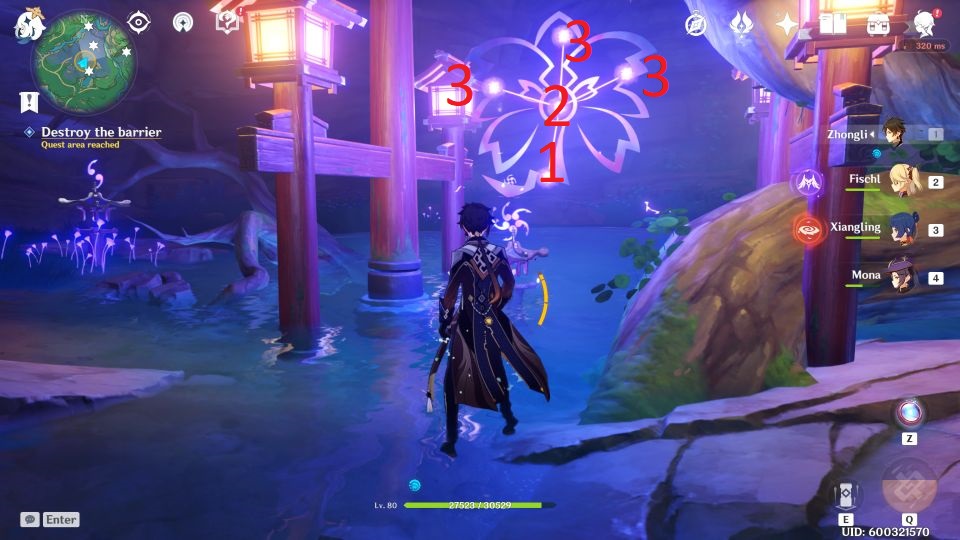 Once you’ve adjusted them, go back to the first one and start the process. 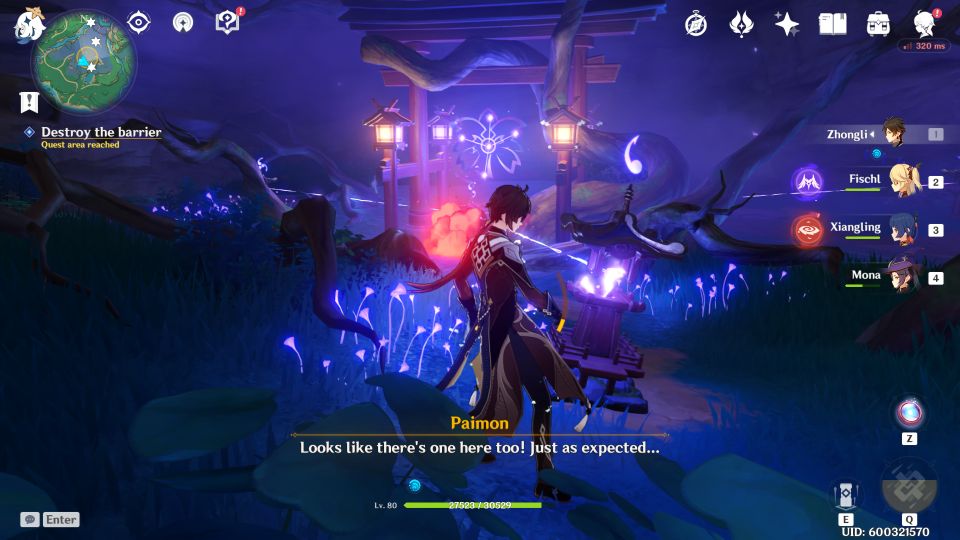 A Mysterious Samurai will spawn. Take him out and the quest ends. 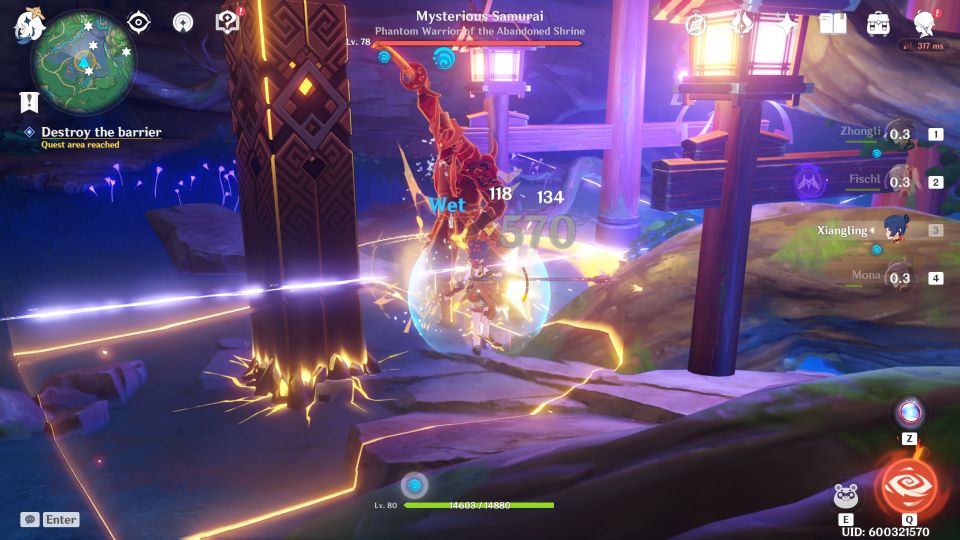