No Mere Stone is Act 2 of Zhongli’s story quest in Genshin Impact, and is available after update 1.5.

The main objective is to find out what happened to the four missing miners.

Here’s a walkthrough of the quests under No Mere Stone (Historia Antiqua Chapter 2) in Genshin Impact.

It will be divided into the sub-quests.

The first quest in the line is Strange Sights, Stolen Souls. To begin this quest, you must have first completed the Archon Quest on Dainsleif. 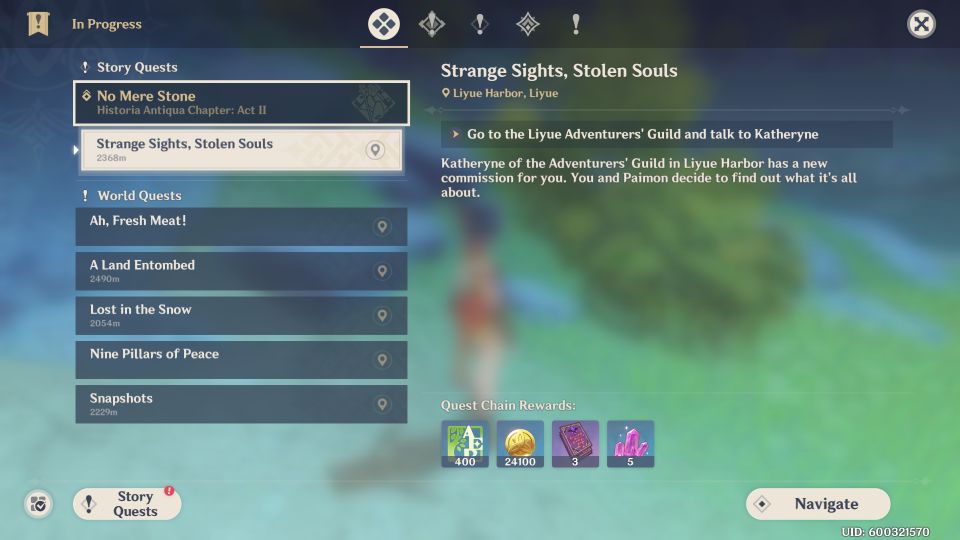 Talk to Katheryne at Liyue Harbor. 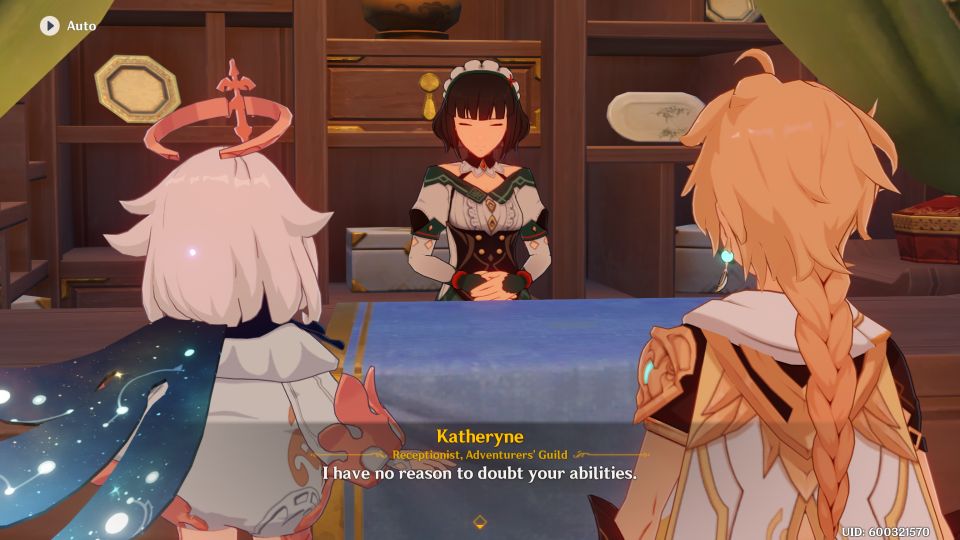 She’ll ask you to meet Uncle Dai. You’ll find him at the docks. 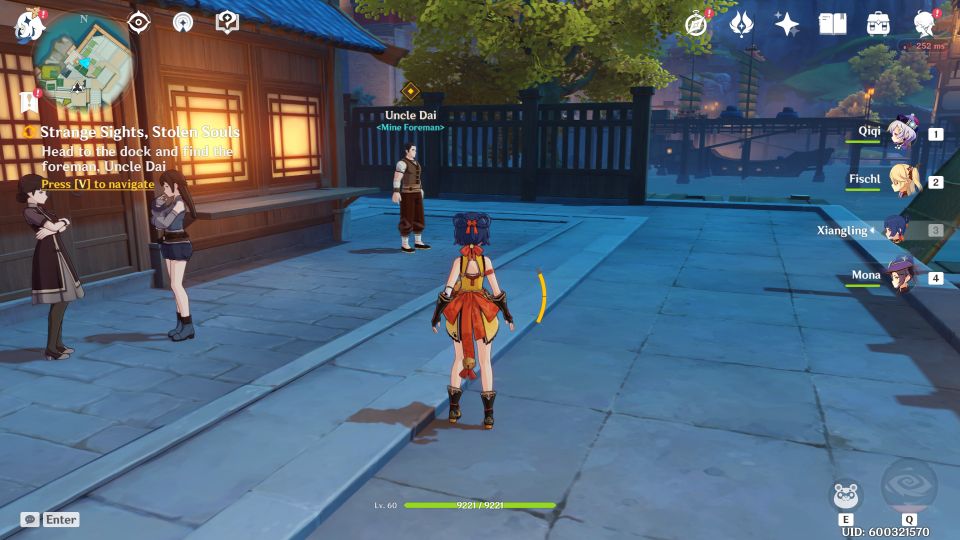 After talking to him, look for Zhongli at the location shown in the map. 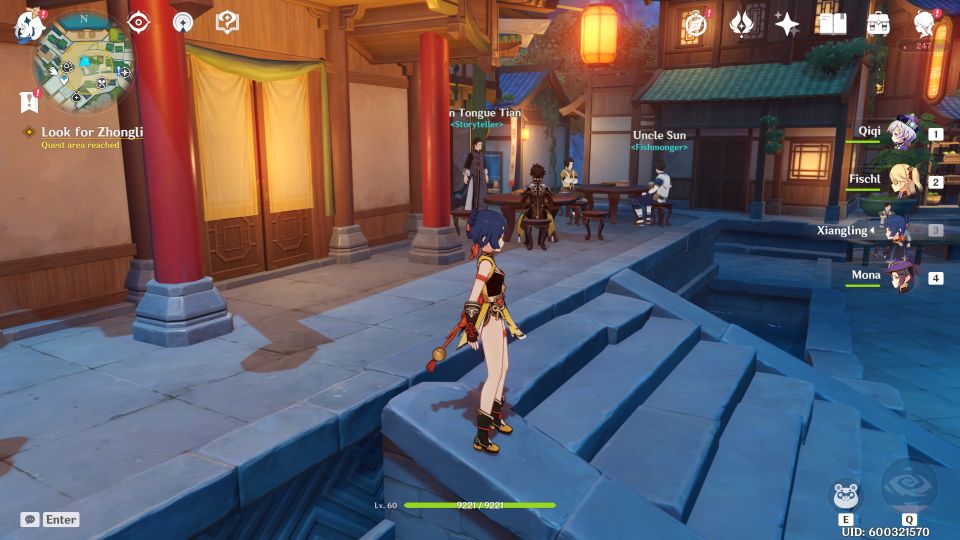 Then, return to Uncle Dai and you’ll be introduced to Kun Jun, another person who knows geology well. 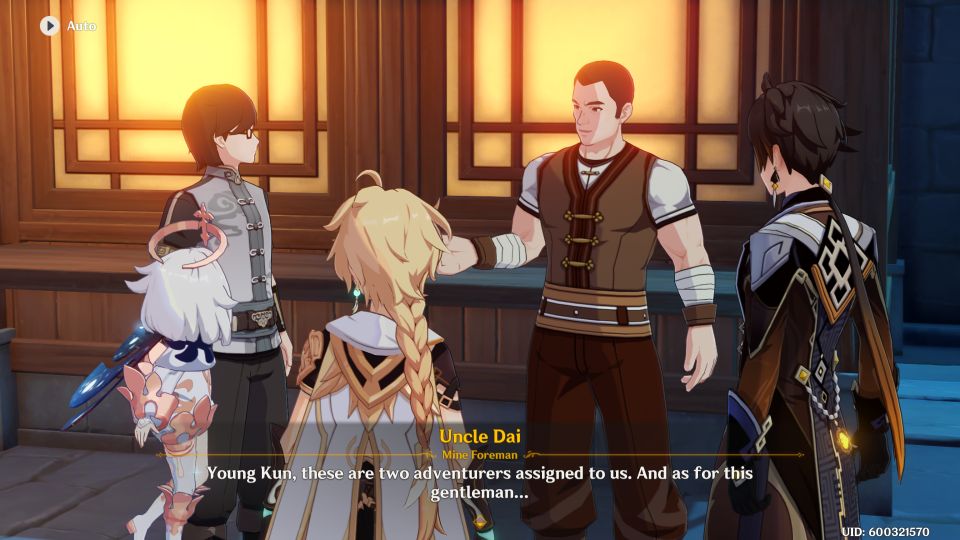 Truth in the Stones

We then begin the next quest. 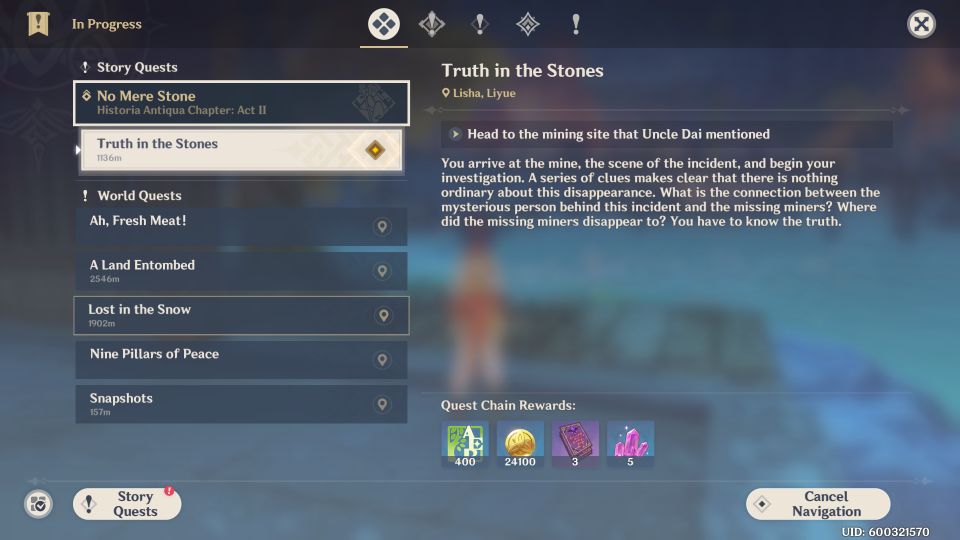 Head to the mine as shown in the map below. It’s just southwest of Lingju Pass. 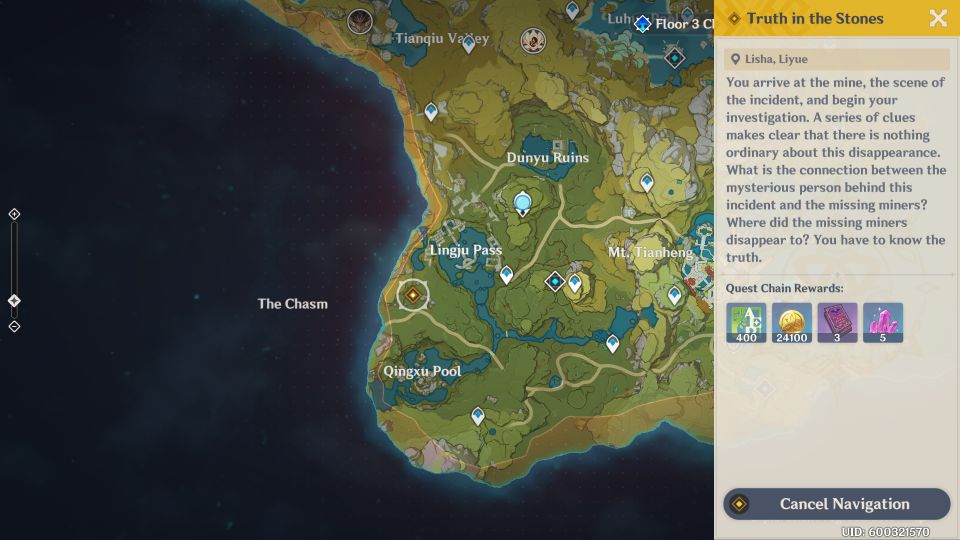 You will see Uncle Dai waiting there. Talk to him first. 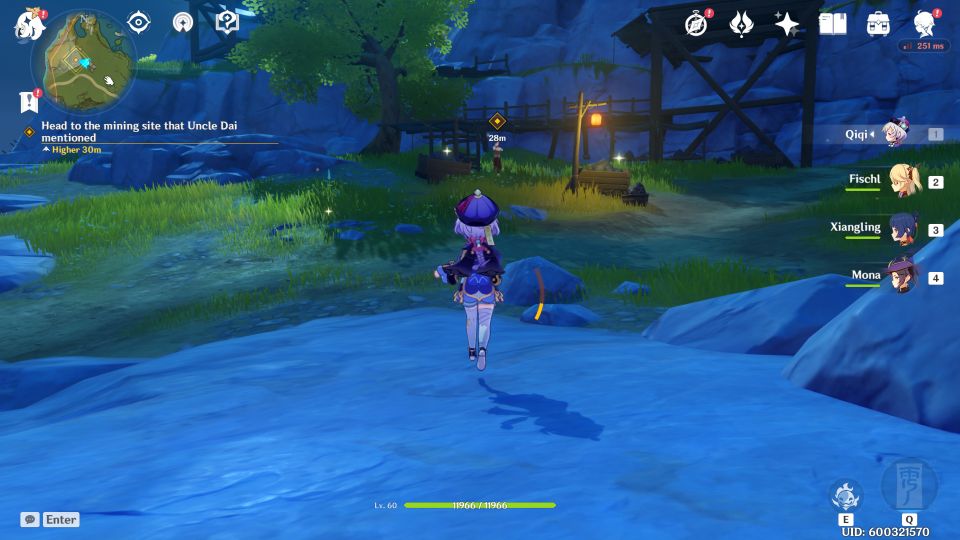 Then, you’ll have to find three clues. The first one is in the area, which shows that the miners left their equipment. 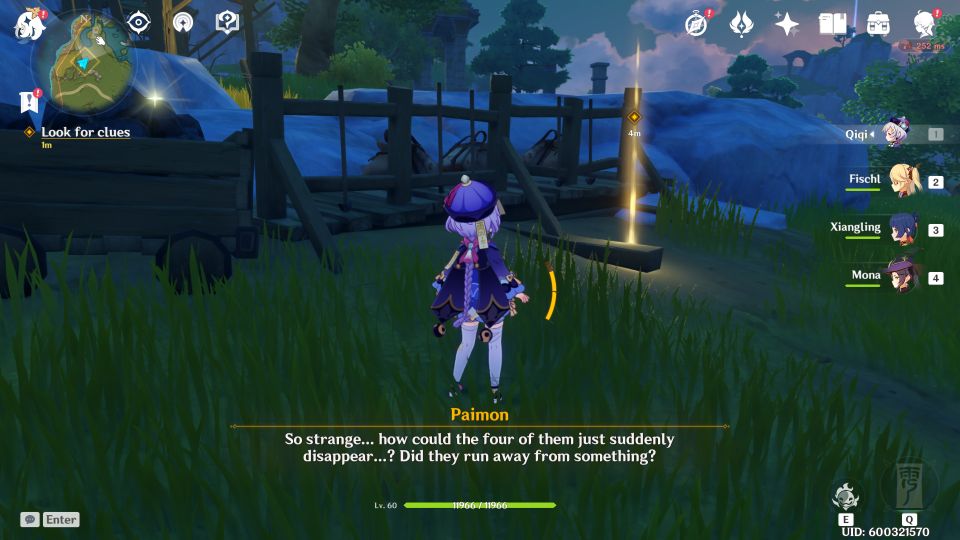 The next clue is with Kun Jun. He is able to see the memories of stones and deduce that the miners went north. 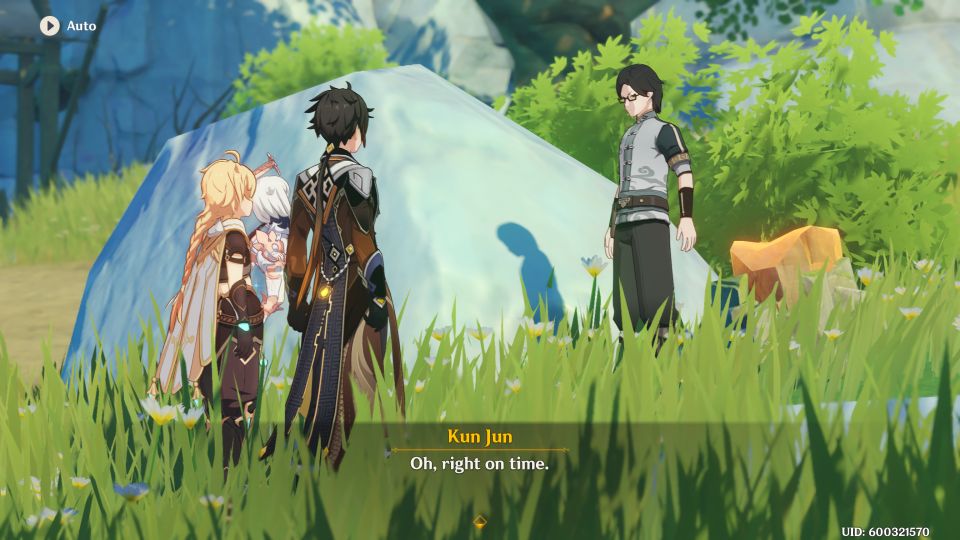 Next, talk to the miner named Bravo who is near Uncle Dai. 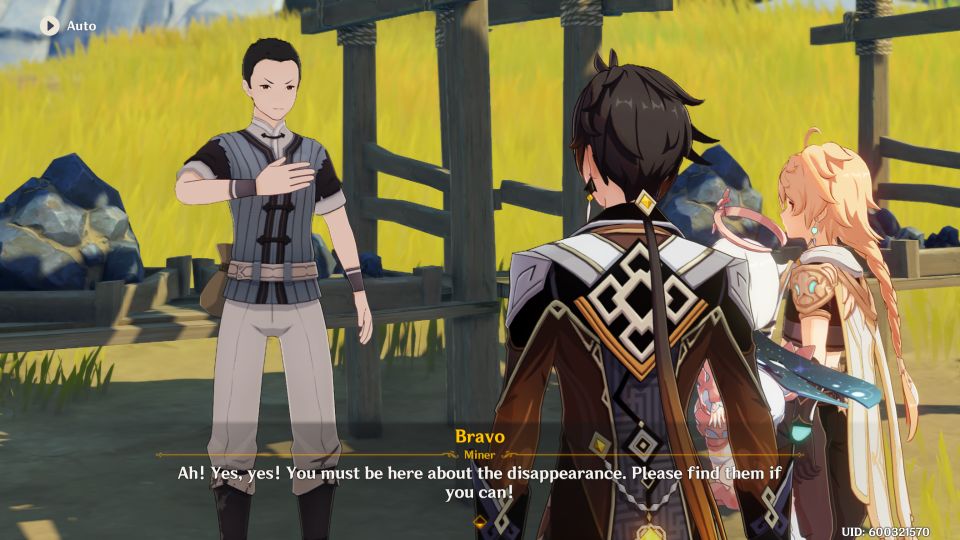 After finding all three clues, talk to Uncle Dai again to report your findings. 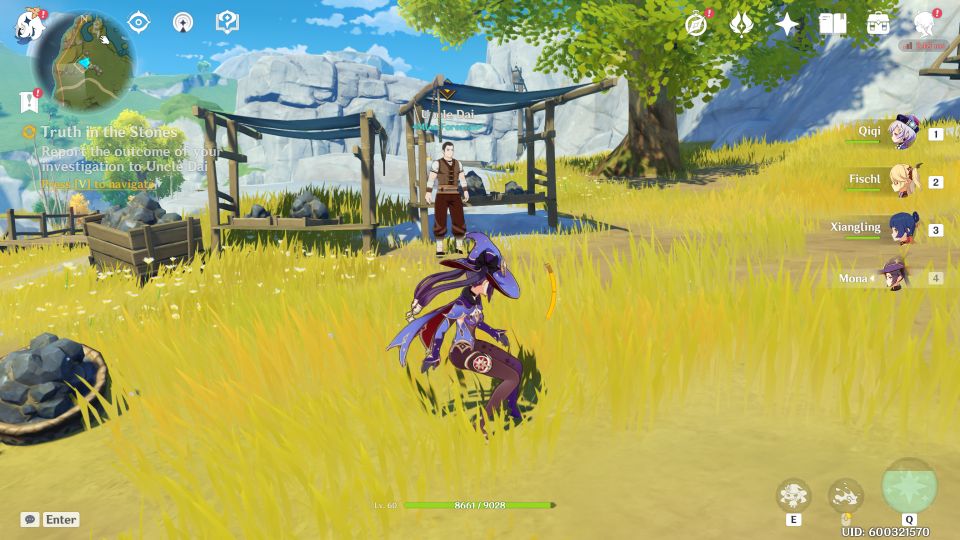 Next, look for Kun Jun as you continue to search for the miners. 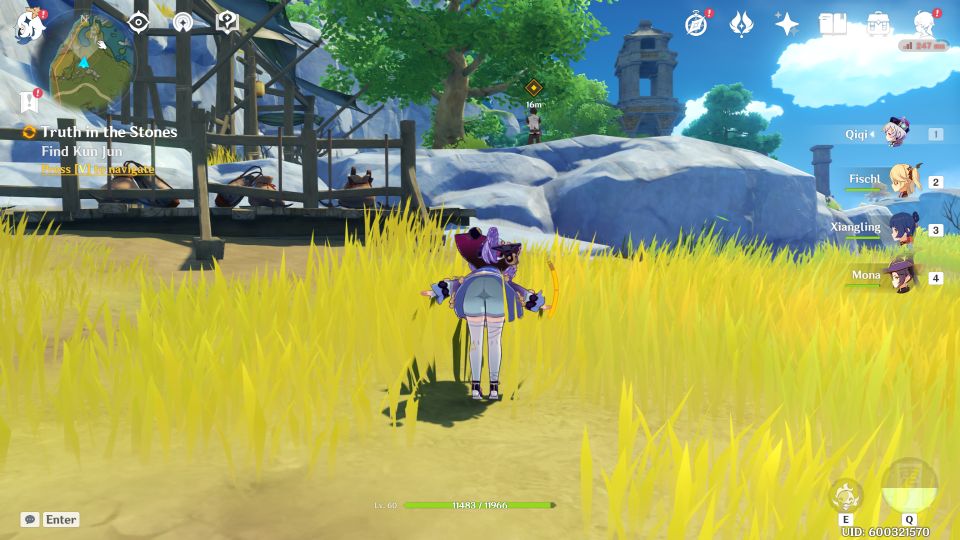 We now begin the third sub-quest in this Chapter. 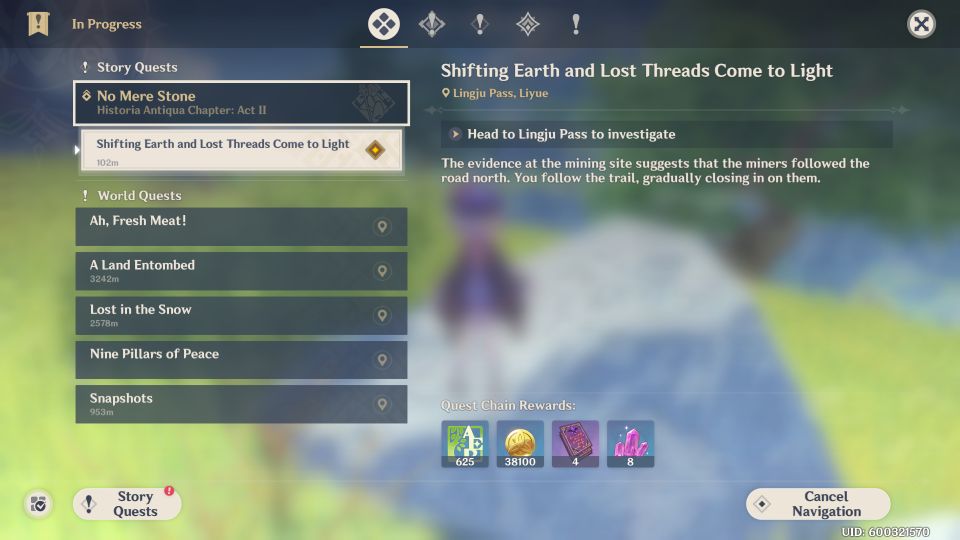 Head to Lingju Pass. You’ll see a glowing spot. Go to it to trigger the cutscene.

Then, glide over Lingju Pass to the other side. 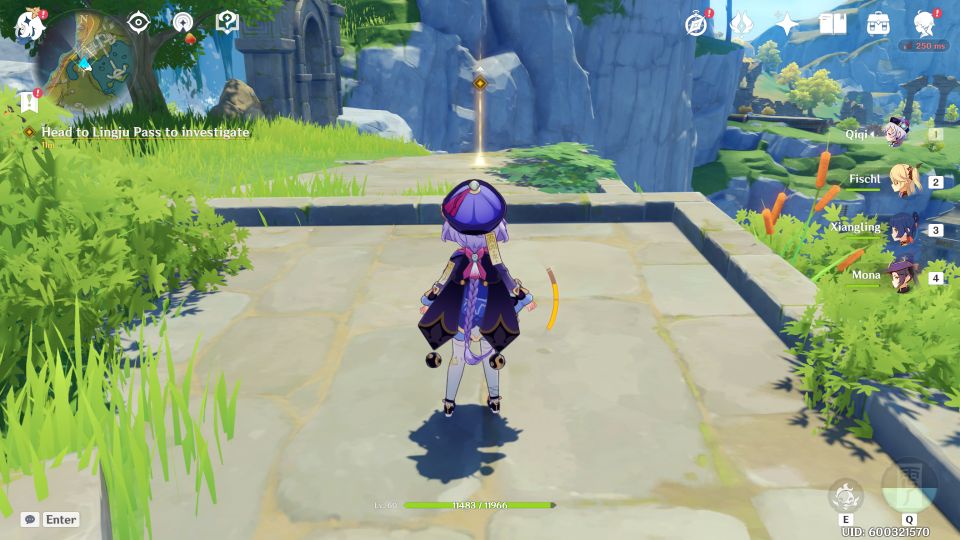 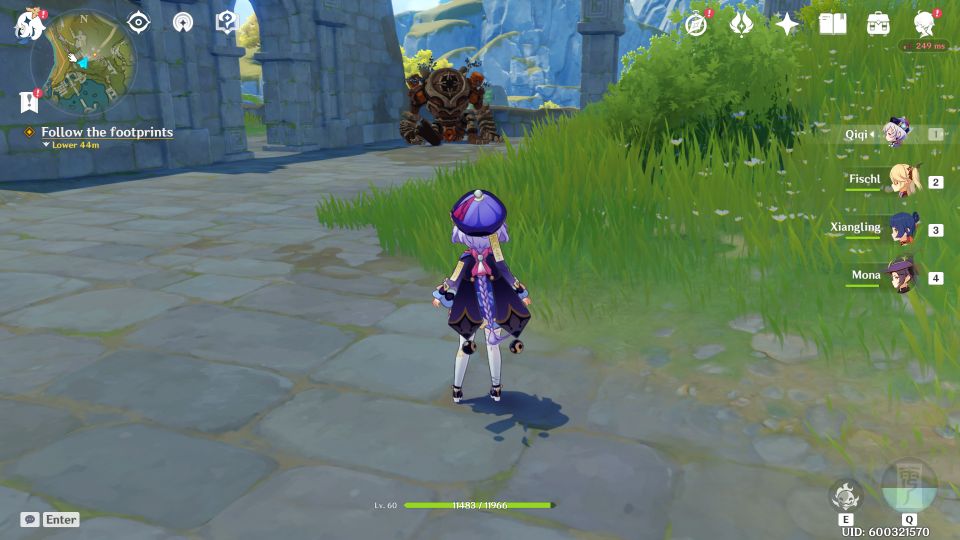 You’ll then be required to talk to three people to ask for information.

Their locations are all marked on the map. 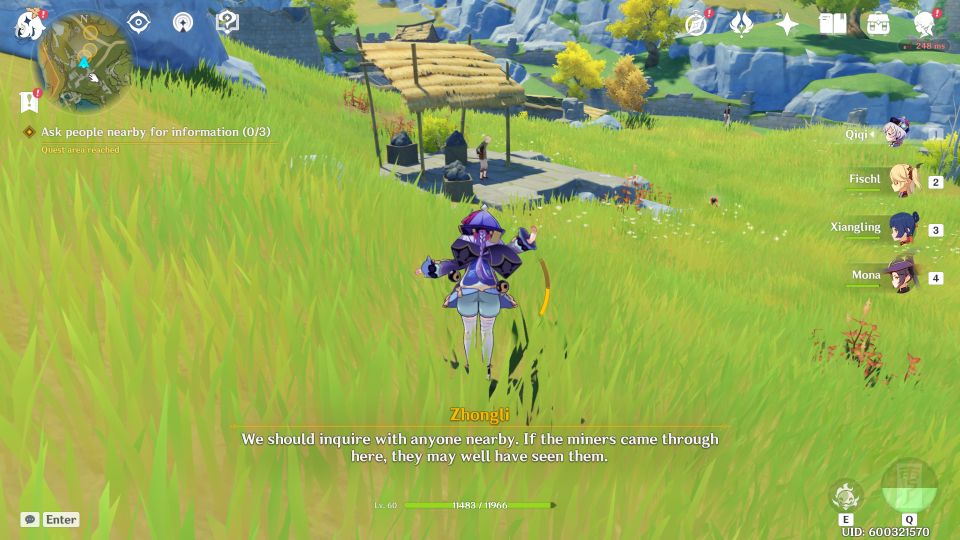 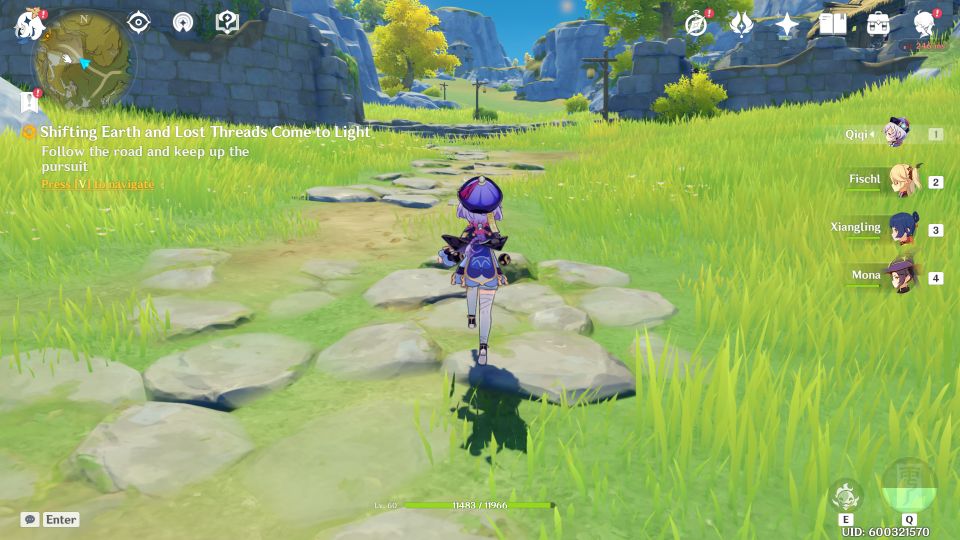 You will then hear an ambushed scholar asking for help.

Take out the monsters first. After saving her, she’ll tell you about the miners. 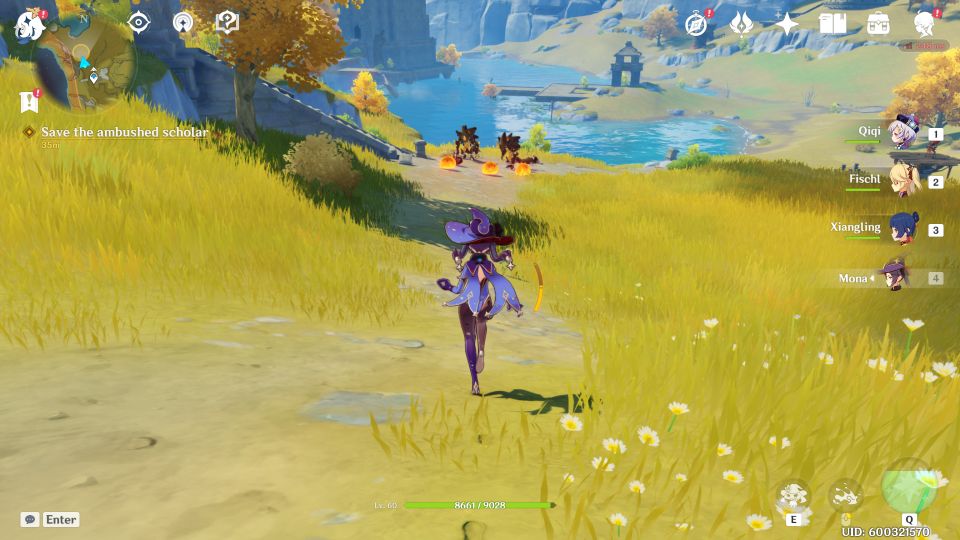 Next, head to Nantianmen. The location is marked on the map. 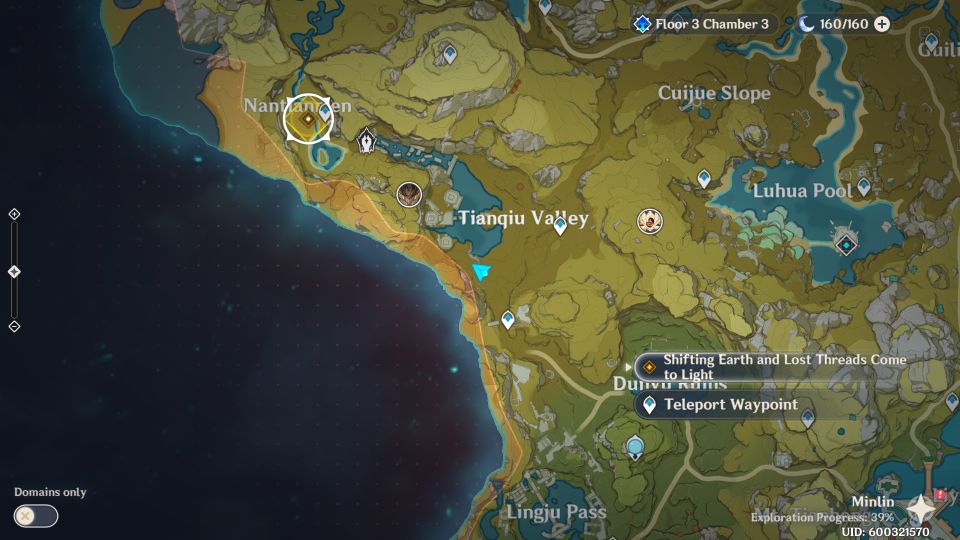 As you reach, you will see one of the miners on the ground. 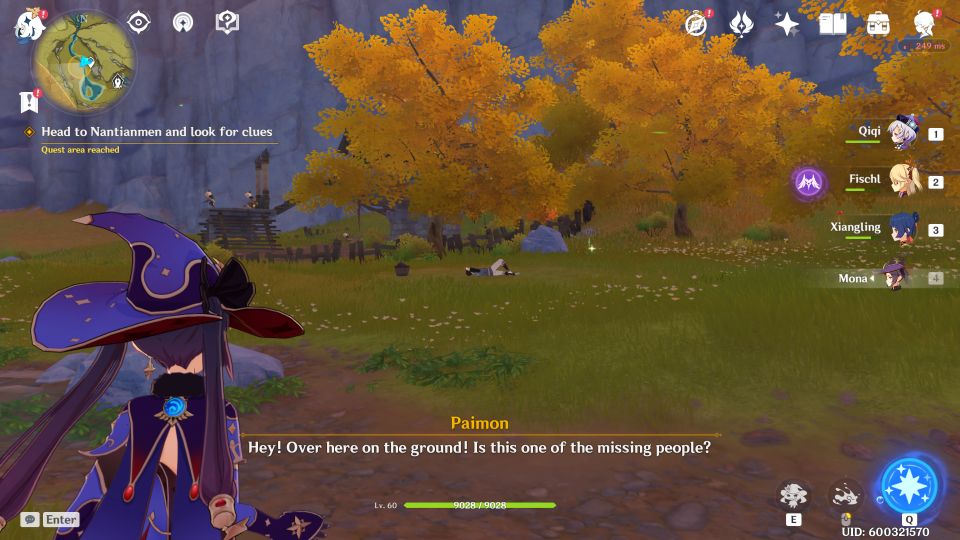 Take the miner to a nearby camp to rest. 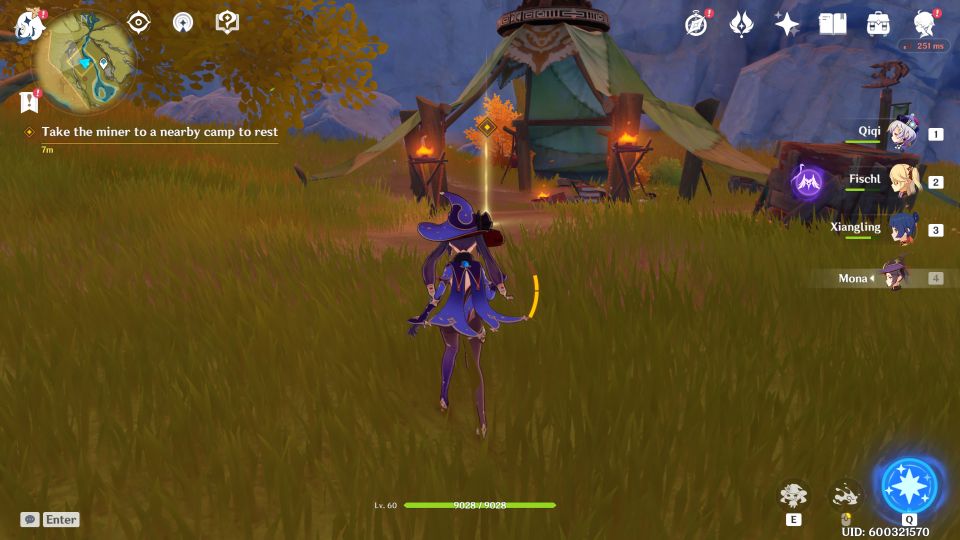 Amidst Chaos, the Rock is Unmoved

We’re now in the fourth quest of this chapter. 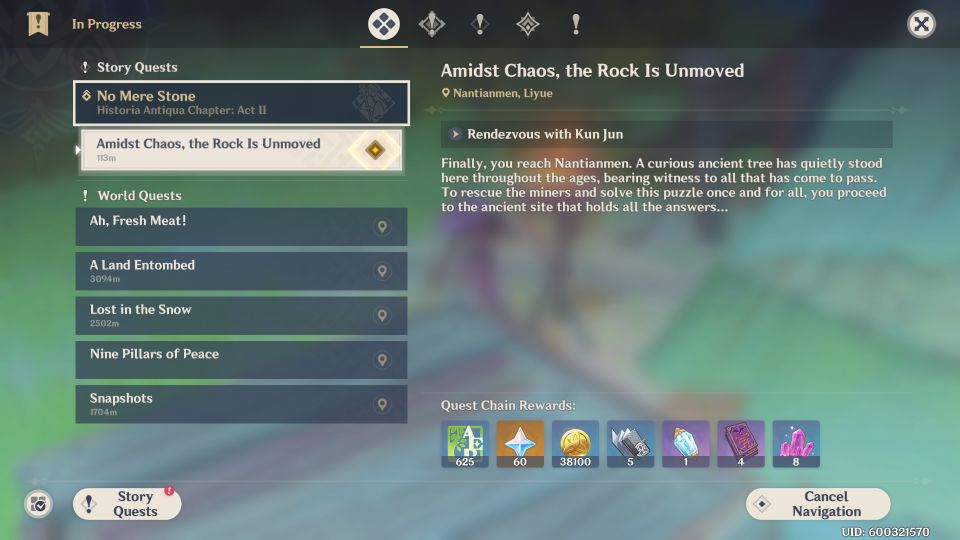 To begin, meet up with Kun Jun again. 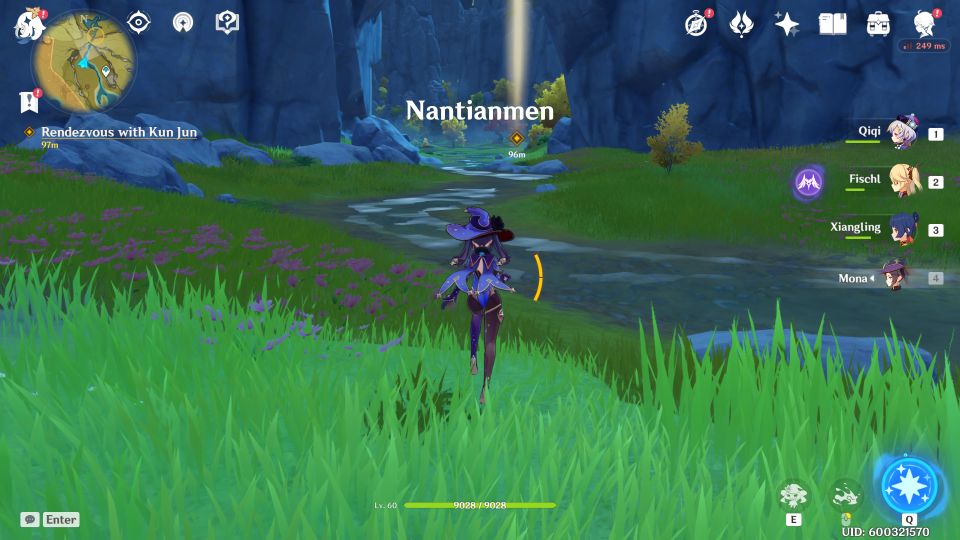 Then, head towards the ancient tree, at the spot marked on the map. A cutscene will start again.

You will then hear Zhongli’s voice. Go towards him. 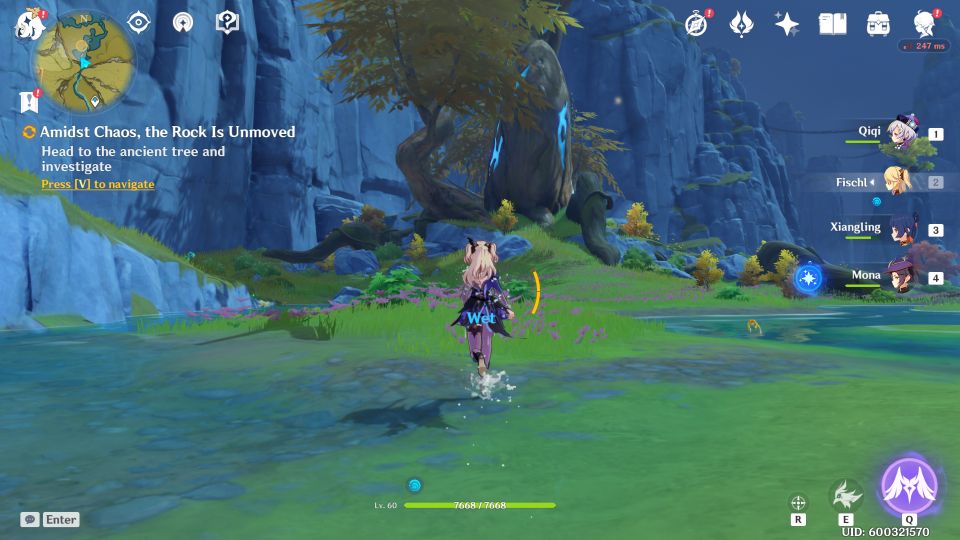 You will then see a tunnel here. If you enter, be prepared for a tough boss fight.

You’ll be able to use Zhongli for the fight, and the enemy is Geo-based. Once you’re prepared, enter the tunnel. 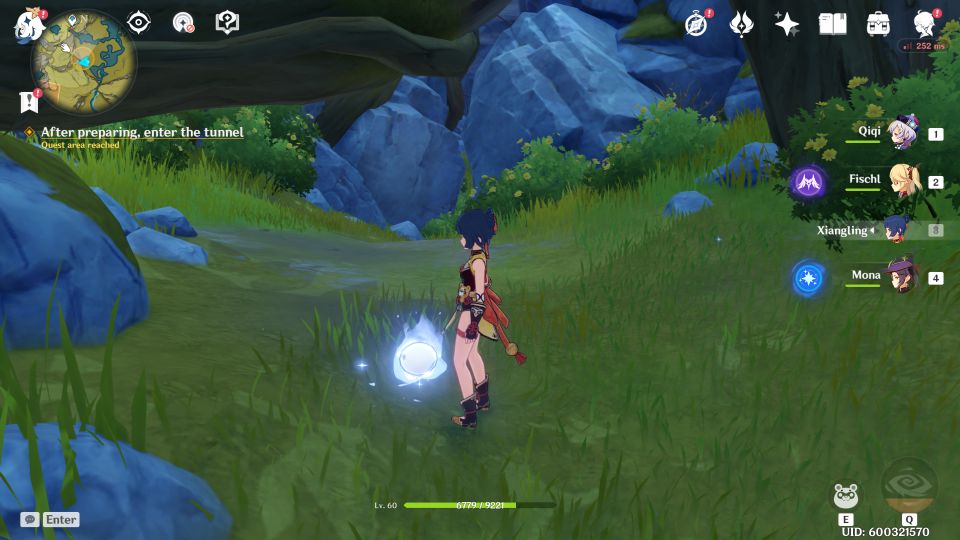 Here, you need to defeat Azhdaha, Sealed Lord of Vishaps.

The attacks are quite straightforward. Azhdaha will slam the ground a lot and you’ll take quite a lot of damage.

Fortunately, Zhongli will be healed once during the fight, making it slightly easier. 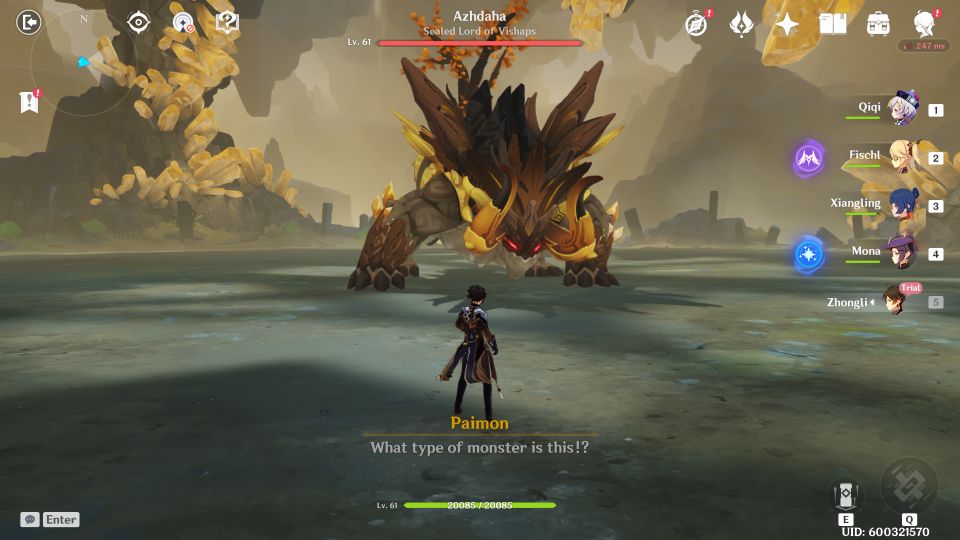 After beating Azhdaha, you’ll learn more on what actually happened in the past, who the dragon actually is and more on Zhongli.

The chapter ends after this quest. 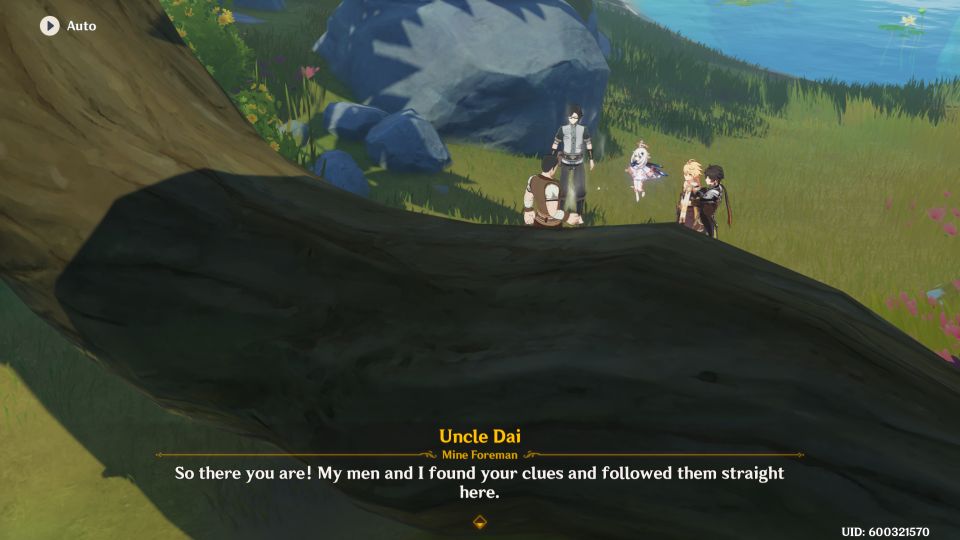