Knight of the Realm is a new short quest in Genshin Impact after update 1.1.

Your task is to meet Hertha, a Knight of Favonius, as she explains the new additions to you.

Here’s a walkthrough of Knight of the Realm in Genshin Impact. 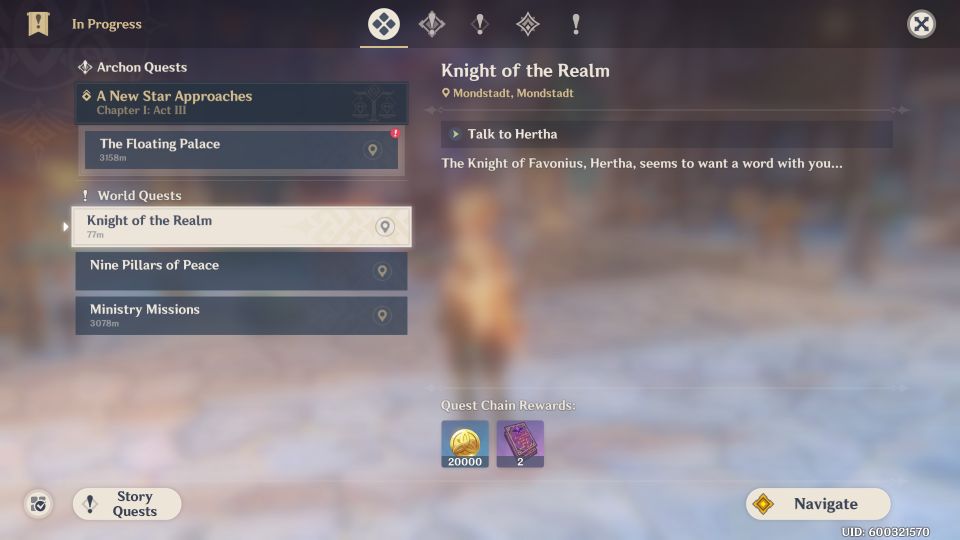 To begin the quest, meet Hertha who is in Mondstadt. She’s standing near the left exit of Mondstadt, which is also near the tavern. 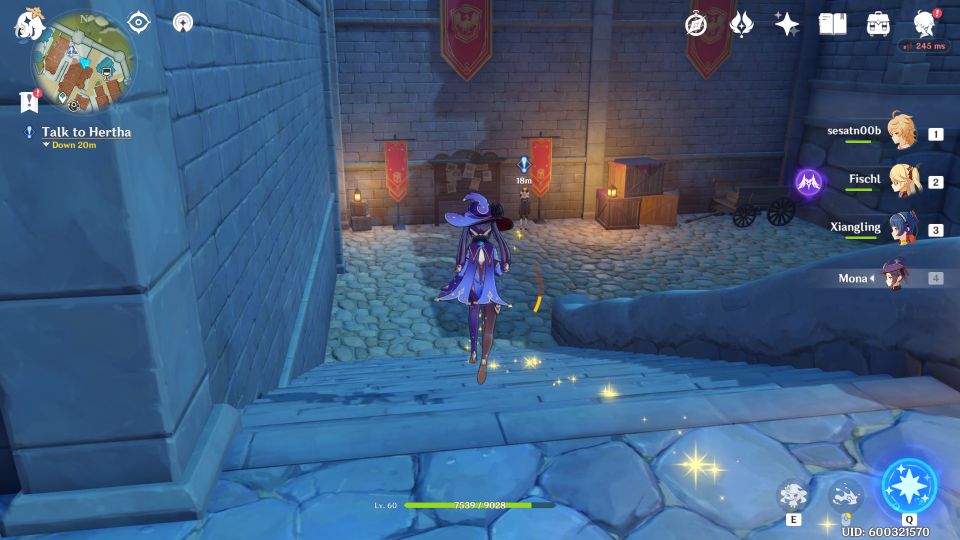 You will then see a new menu which shows the reputation, requests, world exploration and quests in Mondstadt. 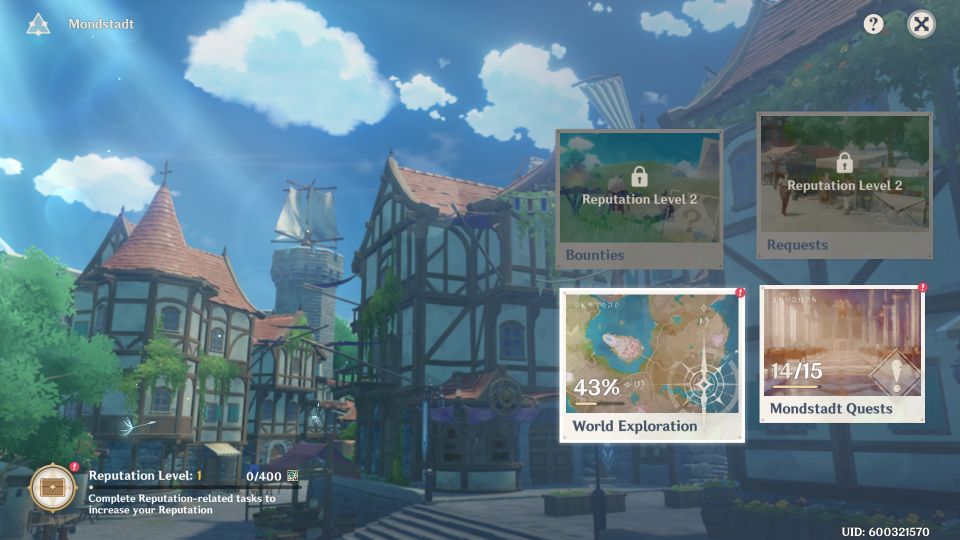 If you look at bounties, you now can see different bounties with different levels of difficulty. If you accept the bounty and defeat the target, you’ll get the rewards including Adventure EXP. 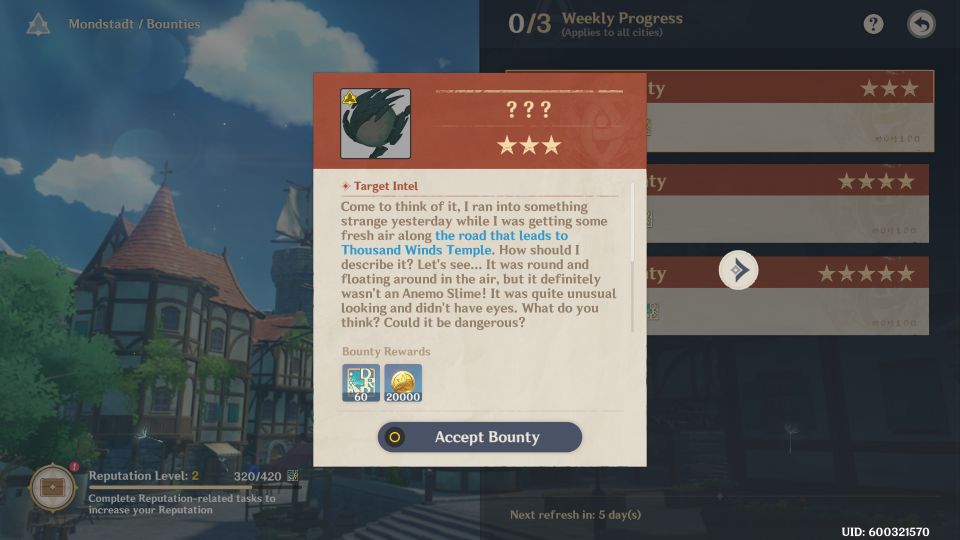 Also, there are weekly quests that you can do, on top of the usual daily commissions.

These quests seem to be pretty straightforward (e.g. get sweet flowers). 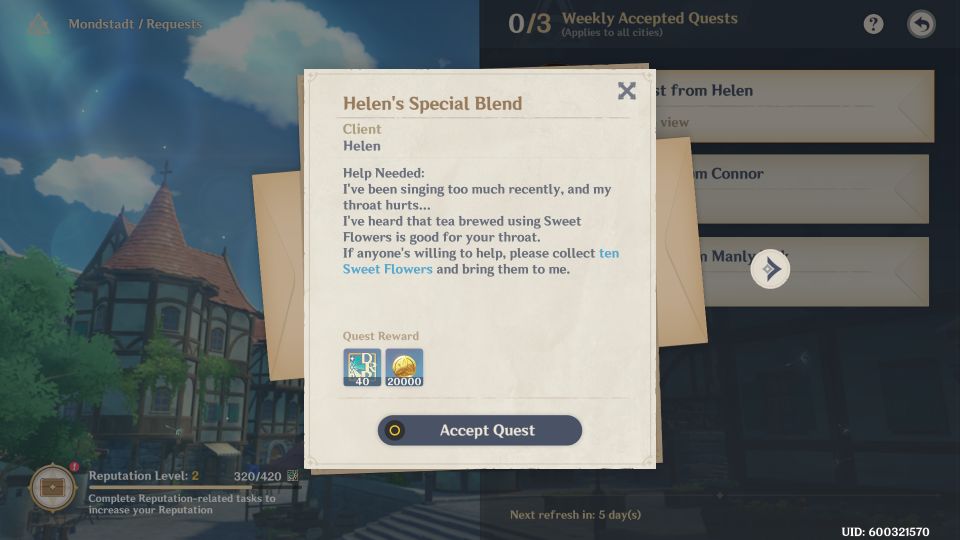 Genshin Impact: How To Get Original Resin In The Game