Iwakura Out is an achievement you can get in Inazuma in Genshin Impact.

To unlock the achievement, you have to defeat all of the remaining members of clan Iwakura.

Here are the locations of all the Iwakura Clan members in Genshin Impact.

In each of the locations, you’ll have to defeat a member of the Iwakura Art, and you’ll probably get a precious chest at the end of each fight. 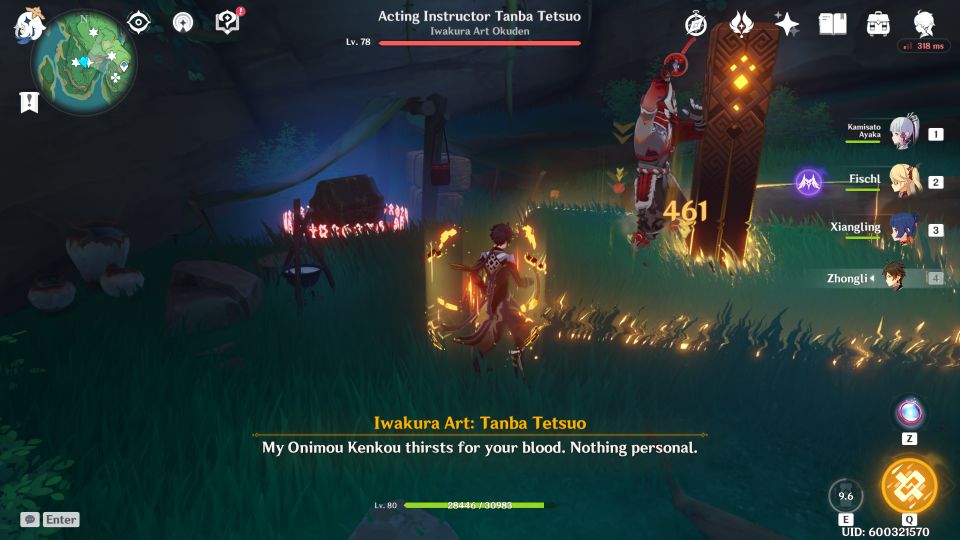 The first few Iwakura members can be taken out without following any order. There are five in total as shown below.

The first one is in Byakko Plain, and you’ll see him guarding a chest. For the second one labeled “2”, you’ll find him underwater near the Perpetual Mechanical Array boss (Araumi area).

To unlock that area, you can refer to this guide which was actually meant to unlock the underwater domain. 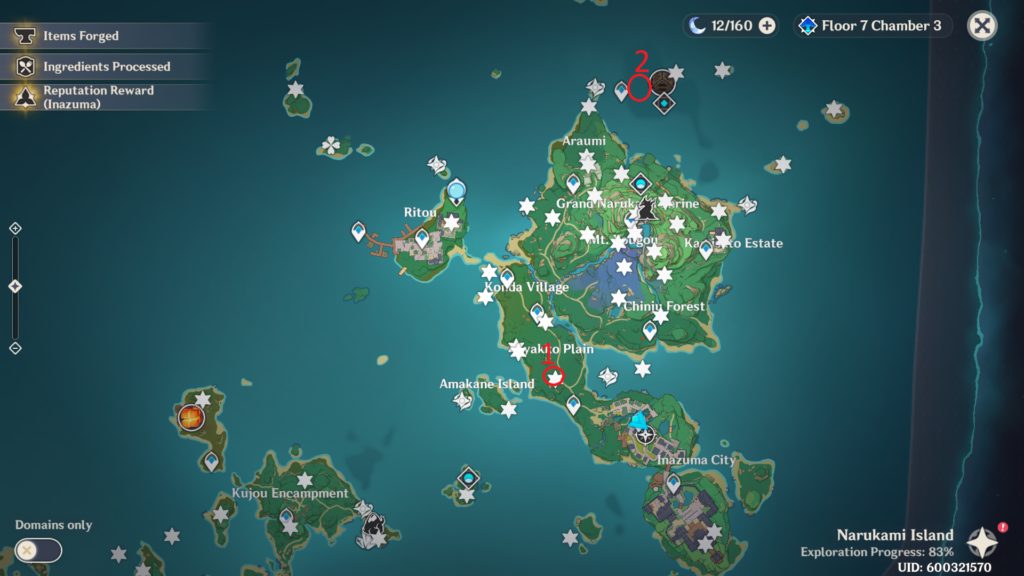 For the third one, he is at a campsite in Fort Mumei. He’s at the western edge of the map.

The fourth one is on the cliff, near the waypoint at Serpent’s Head.

You will find the fifth one in Tatarasuna. From the waypoint in the middle, just glide to the west. You will find a hole that leads to a small cave and there’s also an electroculus inside. 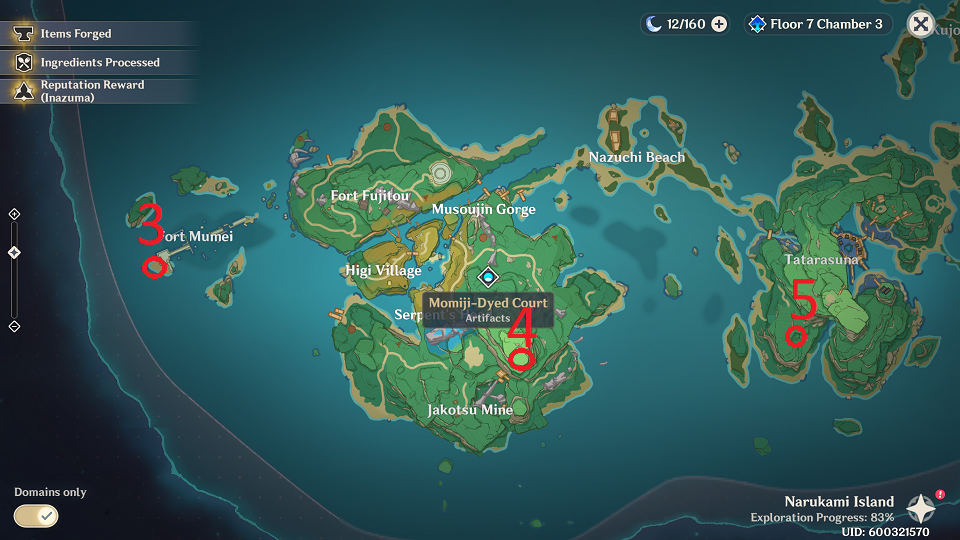 After taking out the five members, you have to fight the last one named Iwakura Kouzou. He is in the Kujou Encampment area. 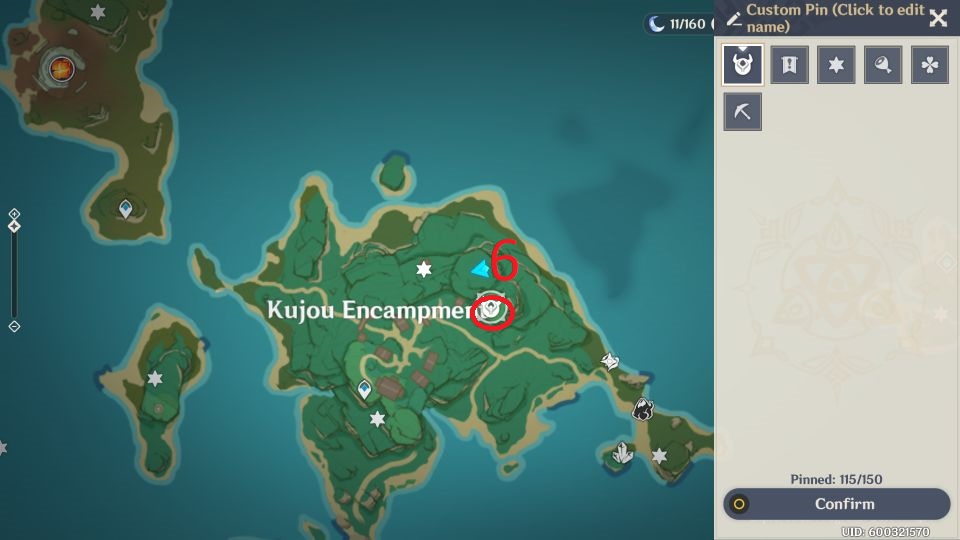 He will only fight you after you’ve beaten all the other five. 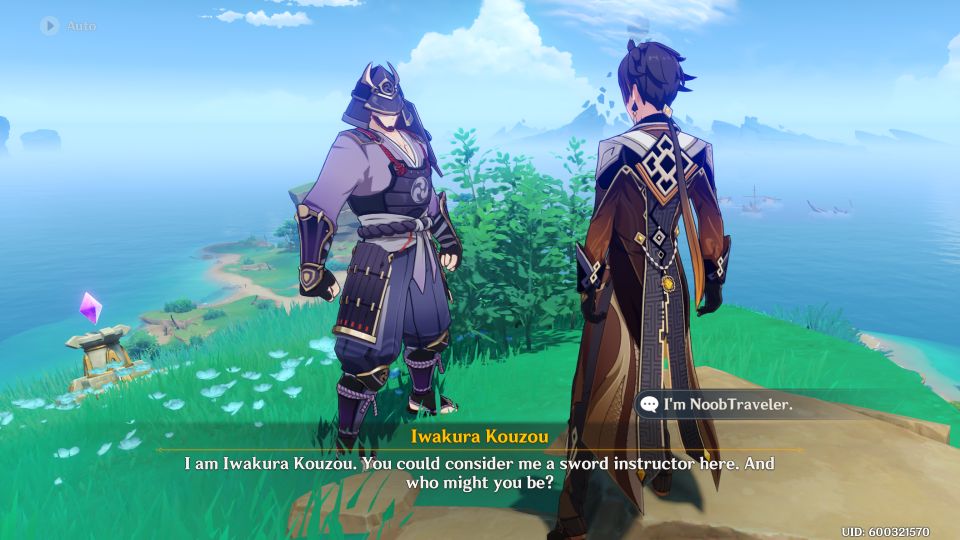 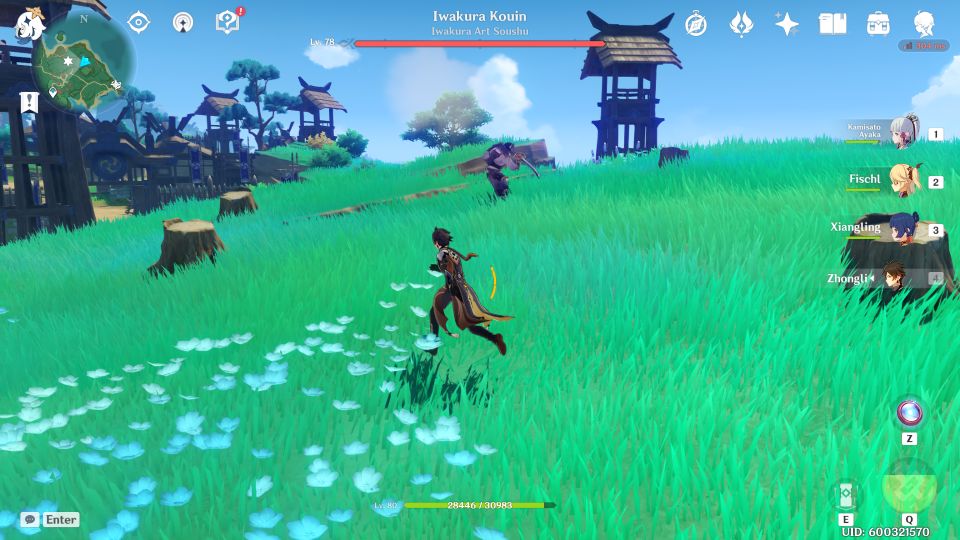 After eliminating the current Iwakura members, go back to Byakko Plain. 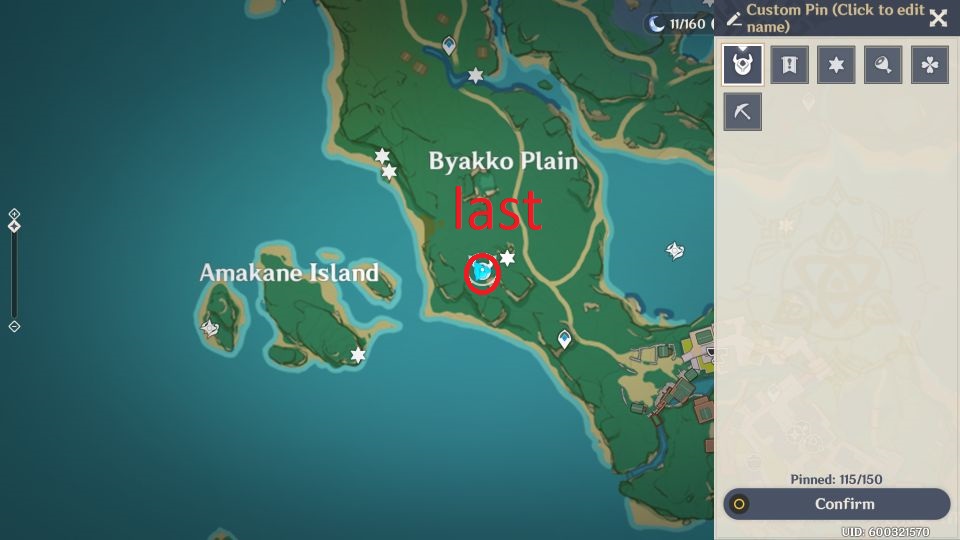 You’ll find two ex-members of Iwakura. Take them both out and you’ll get the Iwakura Out achievement. 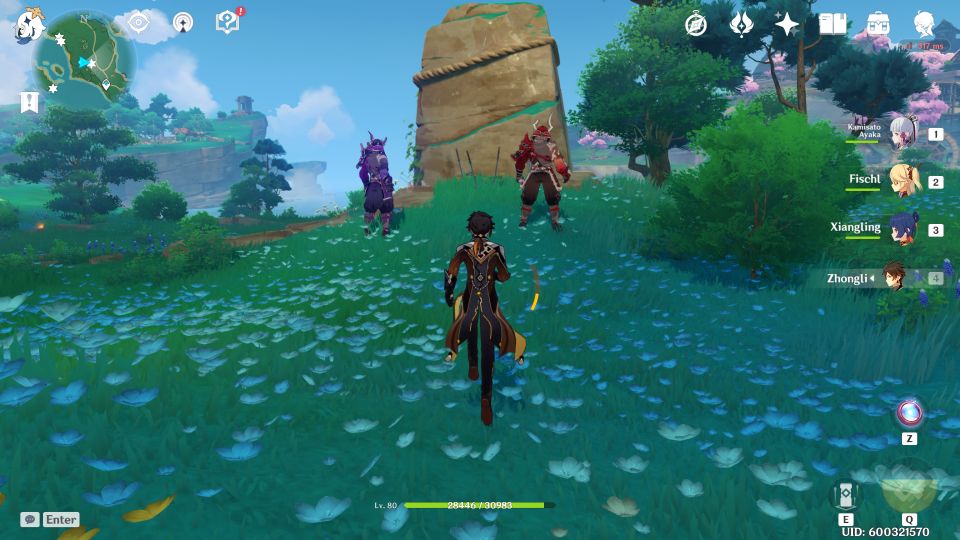 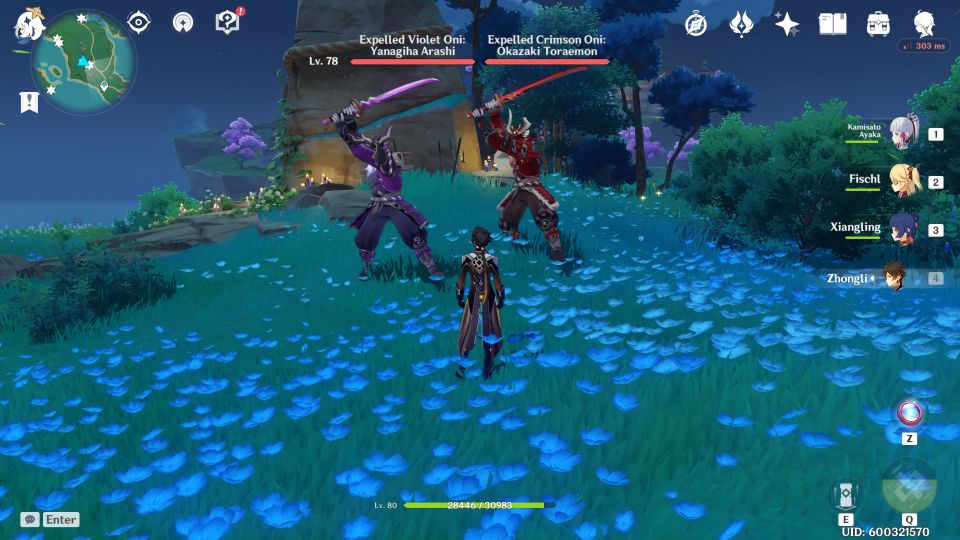 The achievement only gives 5 Primogems but you should have gained many precious chests during this hunt. 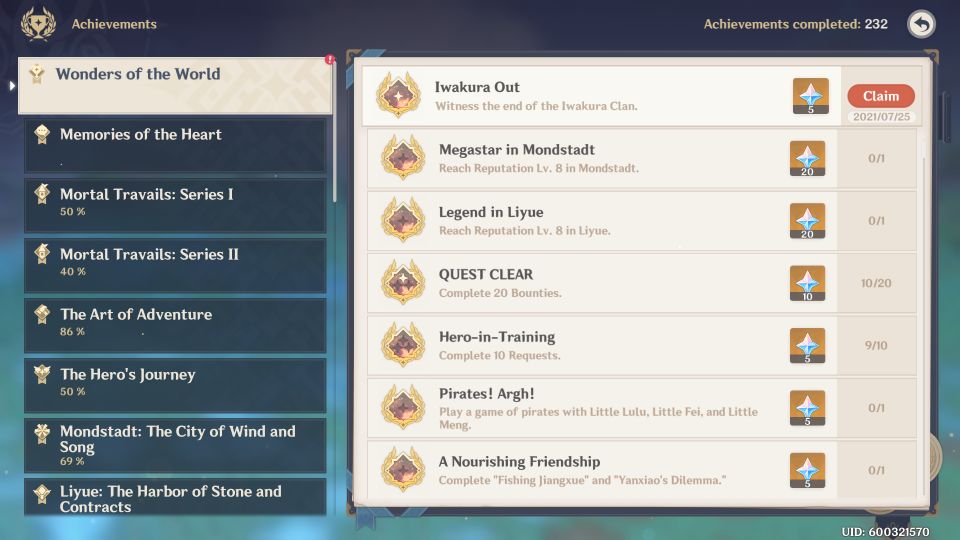