Empty Boat of a Thousand Gates is an underwater domain near Araumi in Inazuma.

In order to get to the domain, you have to go through a few puzzles.

Here’s how you can unlock the Empty Boat of a Thousand Gates domain in Genshin Impact.

To begin, head to the location shown below (Araumi), marked by the player location. 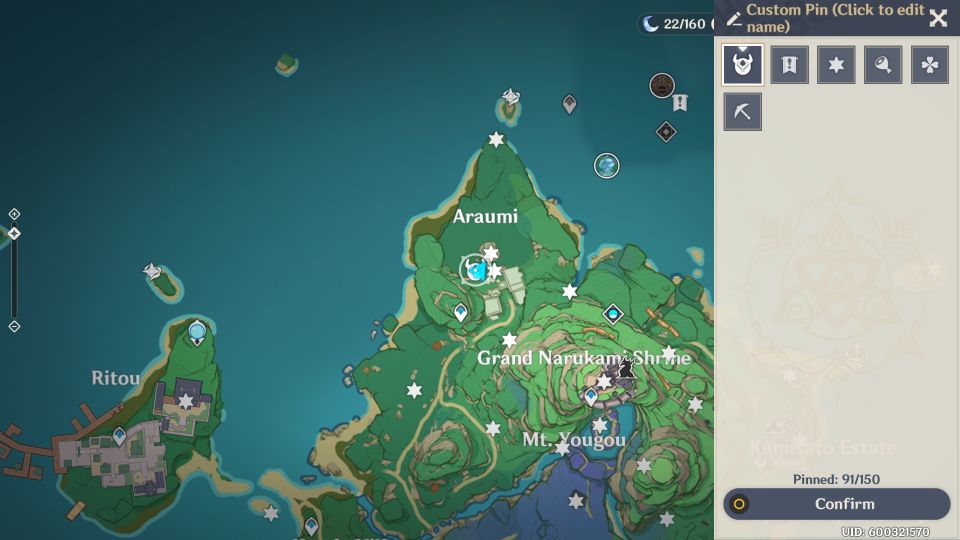 You just have to enter the broken tower in the middle of the big tree.

If you haven’t done it before, here’s how you solve the electro statue puzzle before entering the tower. 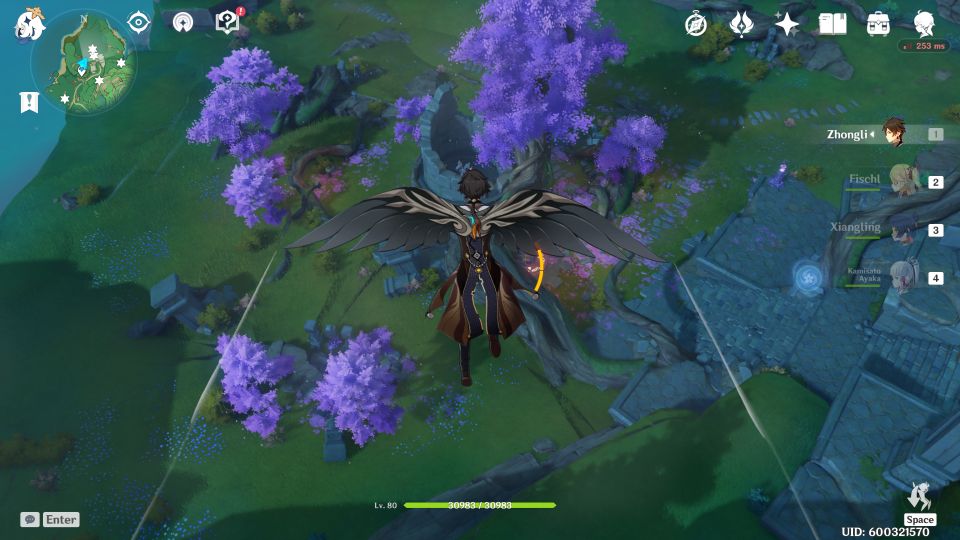 This area will be familiar to you if you’ve done the cleansing ritual at Araumi.

In the same area, you’ll find five electro cubes, four of which can rotate.

You have to rotate all four to face the same direction as the one in the middle. 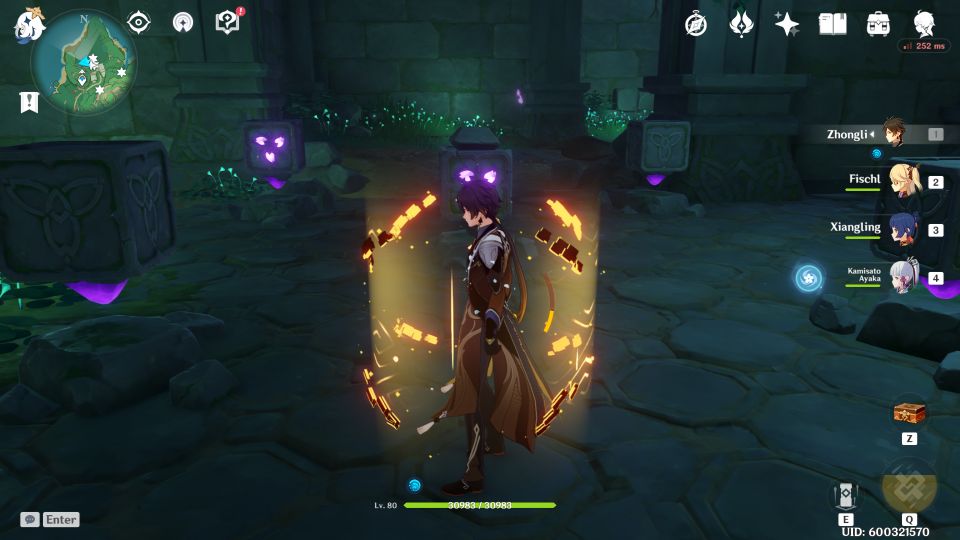 Once you’re done, a precious chest will drop. You’ll notice that the water level below the chest has fallen too. 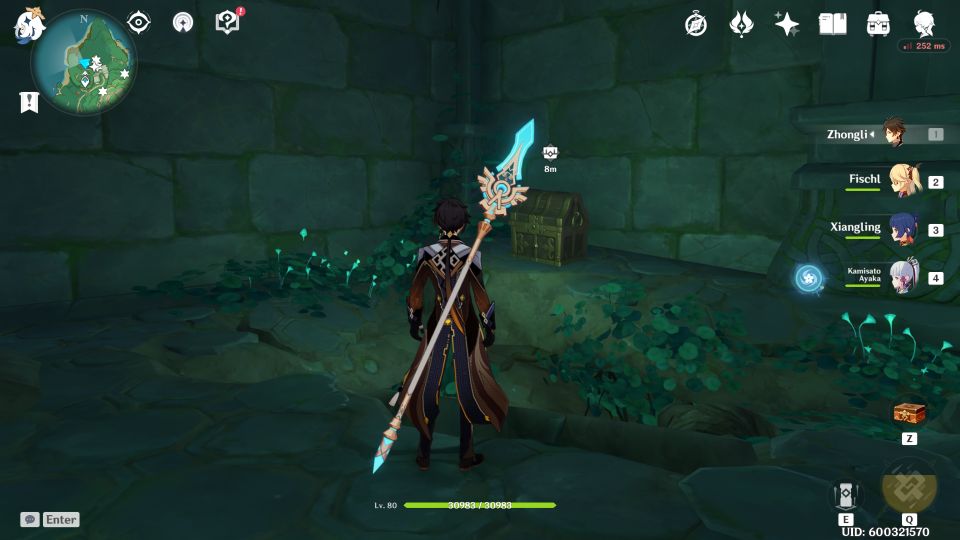 Jump into the water, turn left, and swim all the way straight to the steps. The thunder barrier should be on your right as you’re swimming to the steps.

As you walk up the steps, you should see an old stone slate near a pile of dirt. You’ll need it for The Farmer’s Quest where you get the Amenoma Kageuchi weapon blueprint. 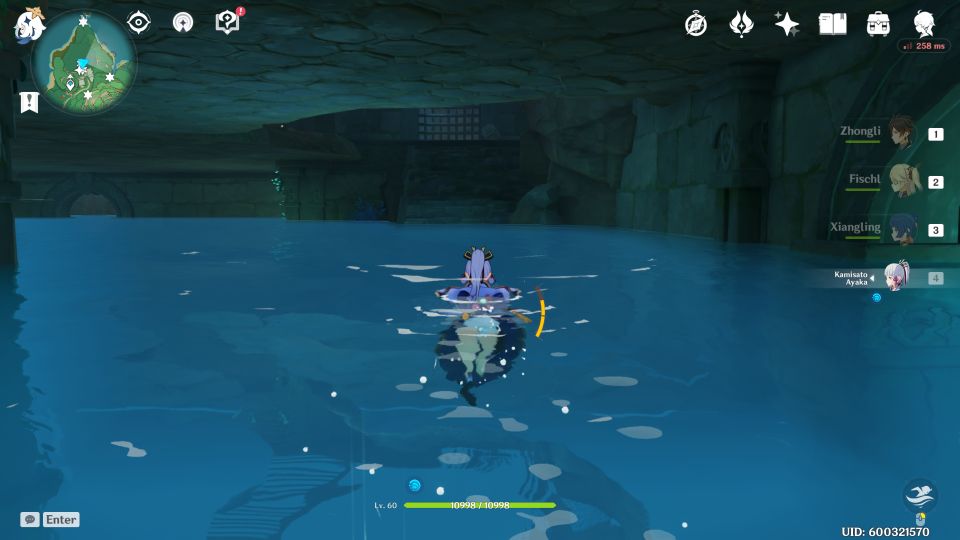 Solve the next electro cube puzzle

There’ll be a line of electro cubes. Solve this one as well by making them face the same direction.

Another precious chest will fall. 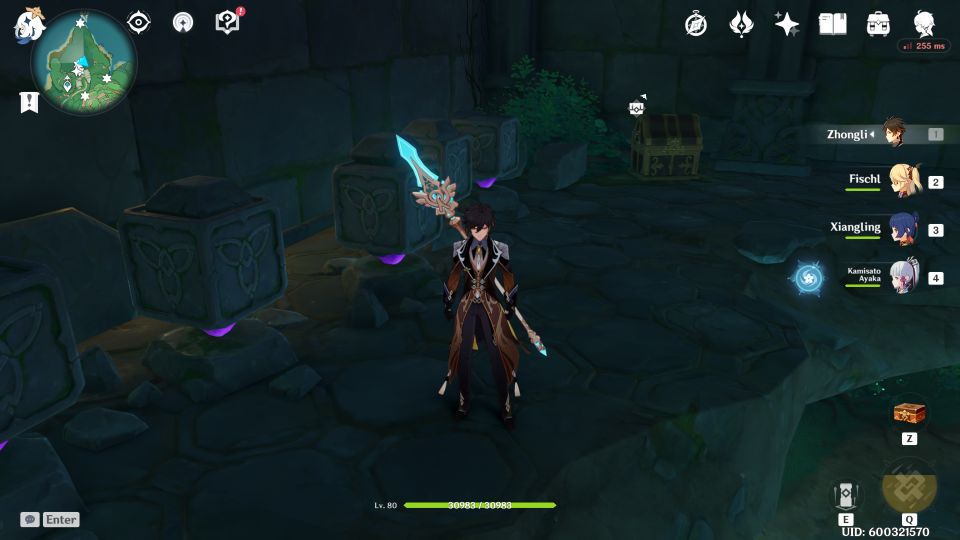 Exit the area through the iron gate.

You will now reach the area which was usually submerged.

Go down the steps and open the stone gate. 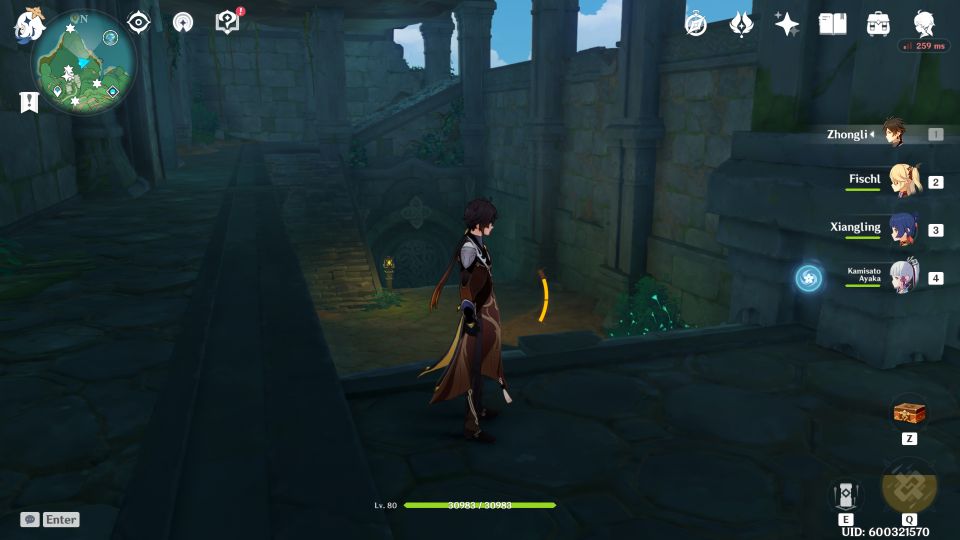 Just use the console to open the gate. 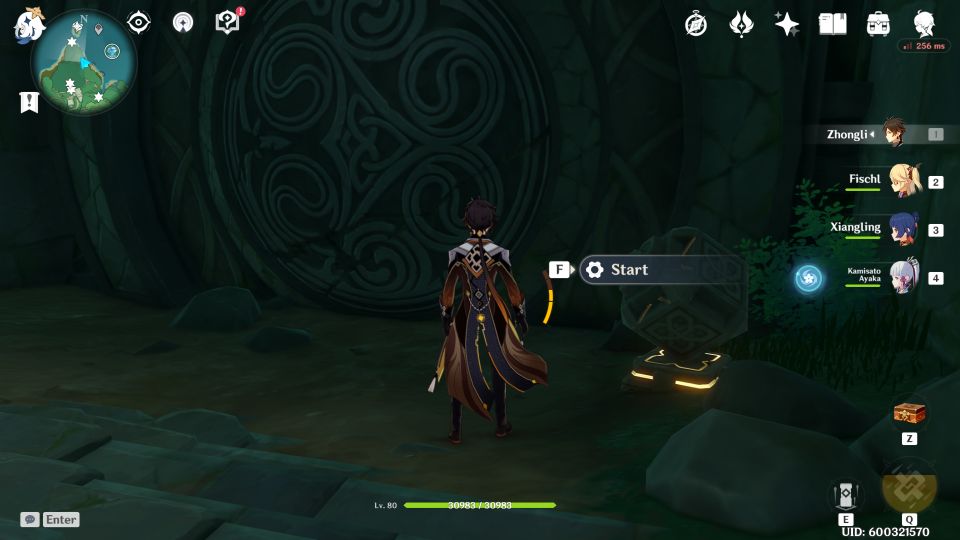 You will now reach an area where the underground waypoint was.

Unlock the waypoint and continue forward. There’s also an old stone slate near a broken boat.

Keep going until you see a locked gate. There’s a console in the middle as well.

To unlock the console, you have to solve the tile puzzle.

I didn’t take a screenshot of it, but you basically have to step on all the tiles before stepping on the last tile which has a glowing blue aura. Also, you can’t overlap when stepping on tiles, or it’ll start all over. After unlocking the console, open the gate.

You can refer to the second puzzle below if you’re unsure how it works. 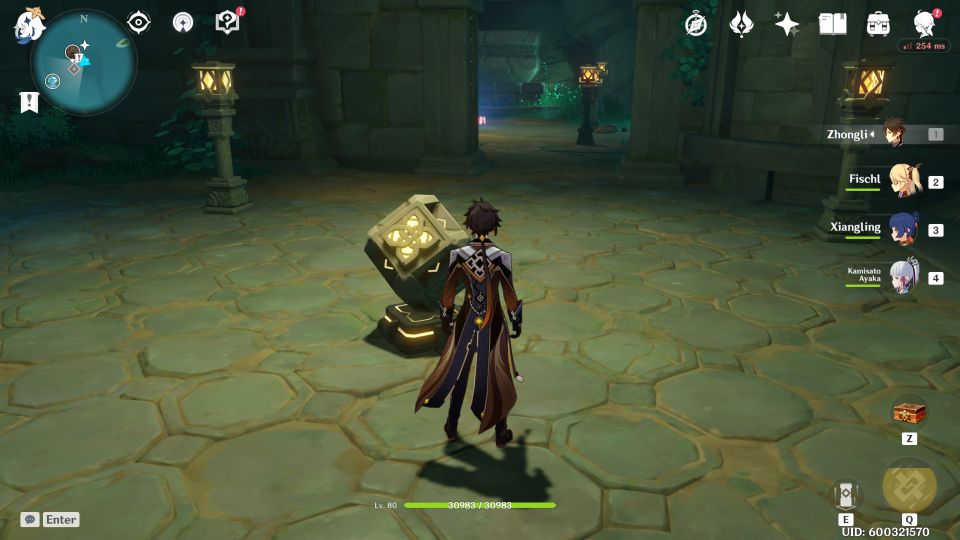 You’ll come across the second tile puzzle which is slightly harder.

You can follow the badly-drawn arrows shown below. The starting point is the one in the circle. The last tile is the one with the blueish aura. 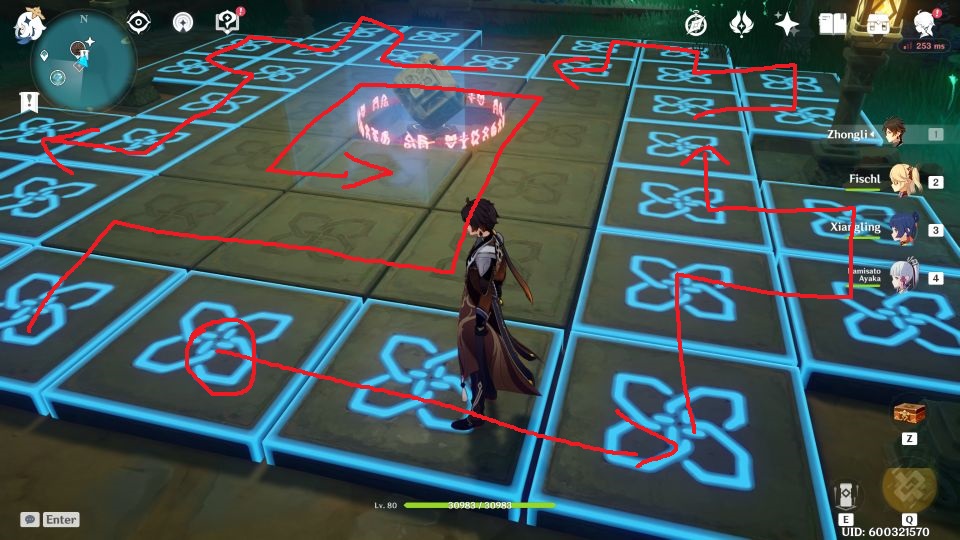 After unlocking the console, start it and the domain will appear. There’s also a luxurious chest. 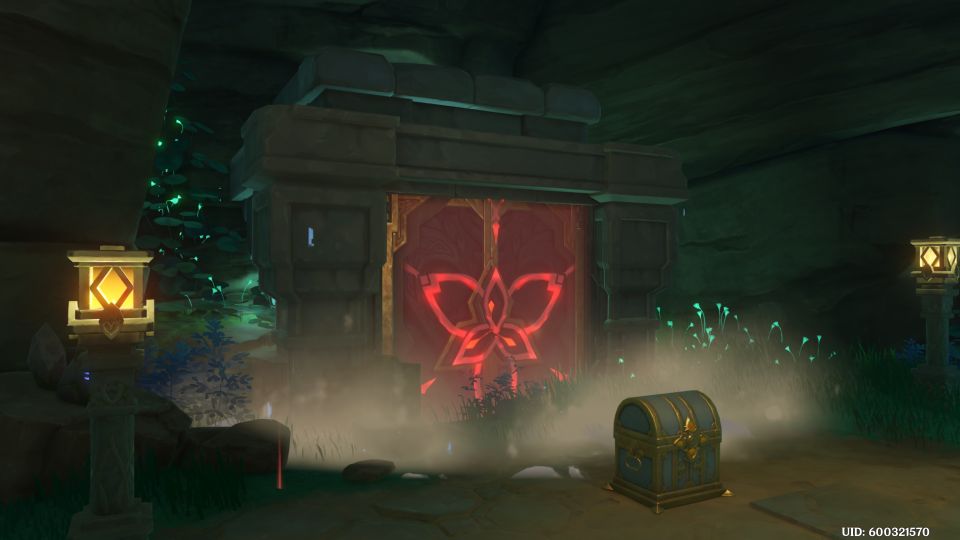 You can now use the Empty Boat of a Thousand Gates domain.

Genshin Impact: How To Solve The Electro Puzzle At Kujou Encampment

Genshin Impact: How To Unlock The Formation Estate Domain