Gourmet Supremos is a series of quests in Inazuma in Genshin Impact.

Your task is to help a group of food travelers obtain ingredients.

Here’s a walkthrough of Gourmet Supremos in Genshin Impact.

This walkthrough will be divided into several sub-quests.

The first one is Gourmet Supremos, Assemble. 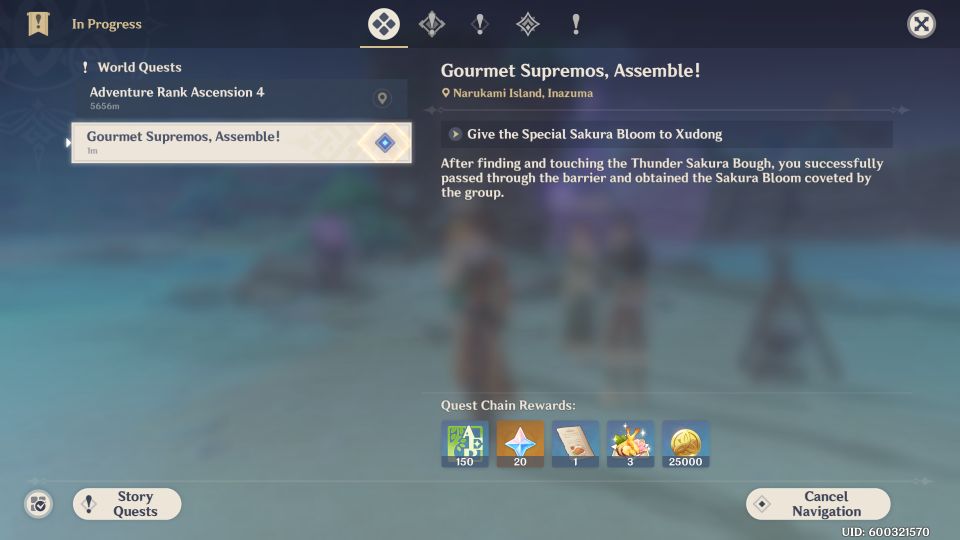 To begin the quest, go to the pathway between Ritou and Konda Village. The location is marked on the map below. 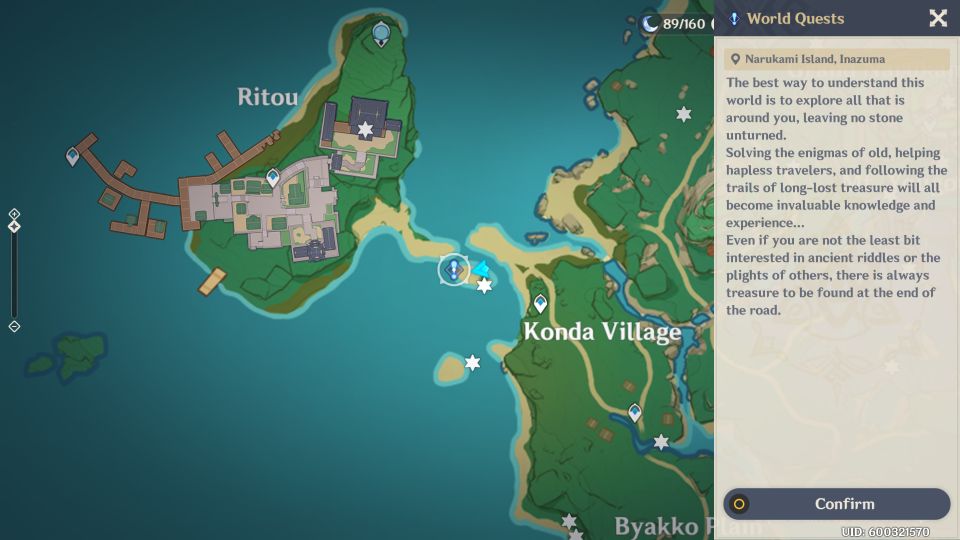 You’ll see a group of three people near the thunder barrier. Talk to them. 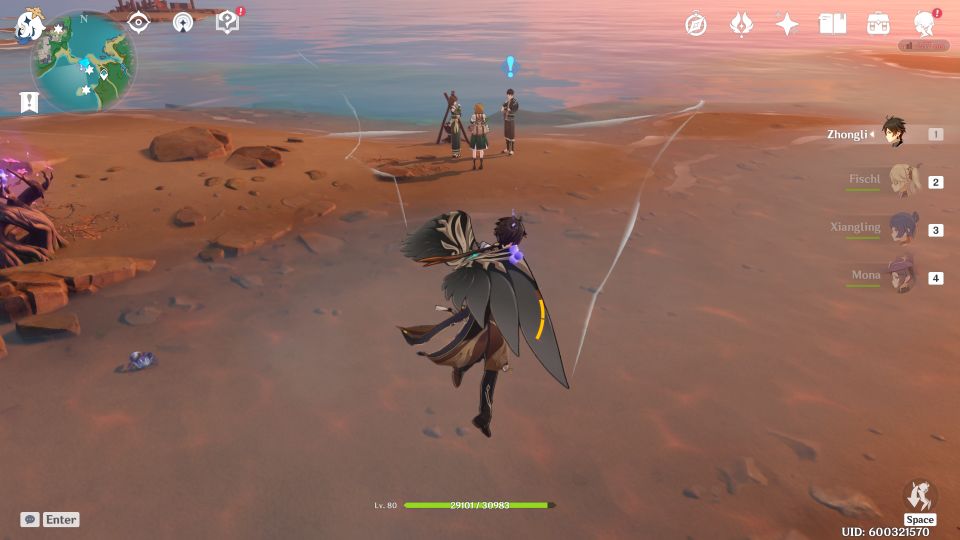 They will ask for your help to get a special sakura bloom.

To get it, use the electrogranum first. Then, enter the barrier and climb onto the electro stone in the middle.

You don’t have to pick up anything. The special sakura bloom will appear in your inventory. 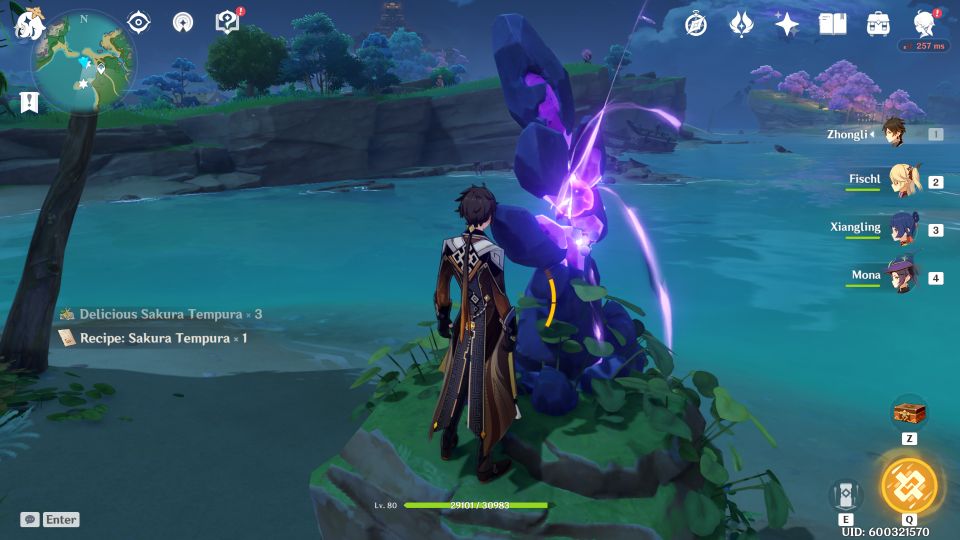 Give the sakura bloom to them and you’ll get a new recipe. 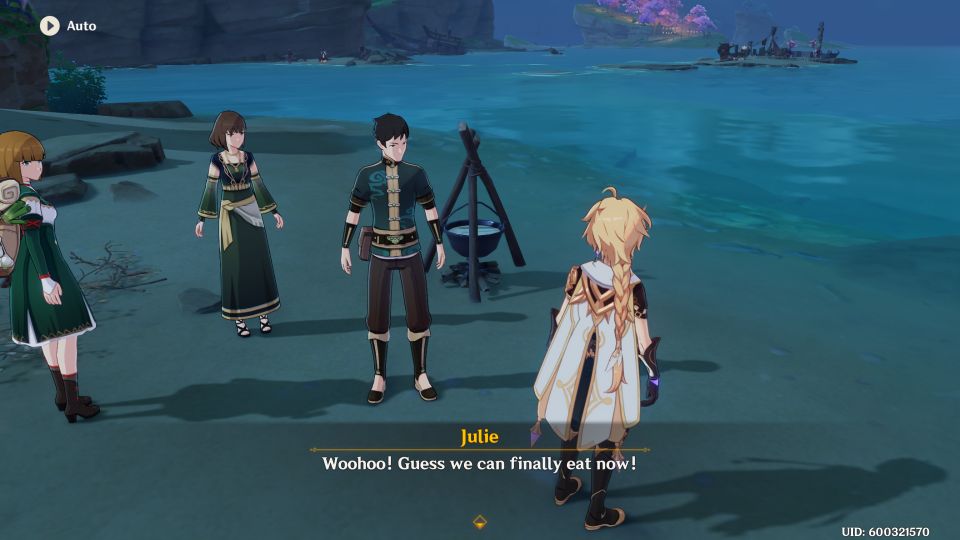 The Gourmet Supremos: Of Shrines and Sakura

You might find the trio at the Grand Narukami Shrine next. 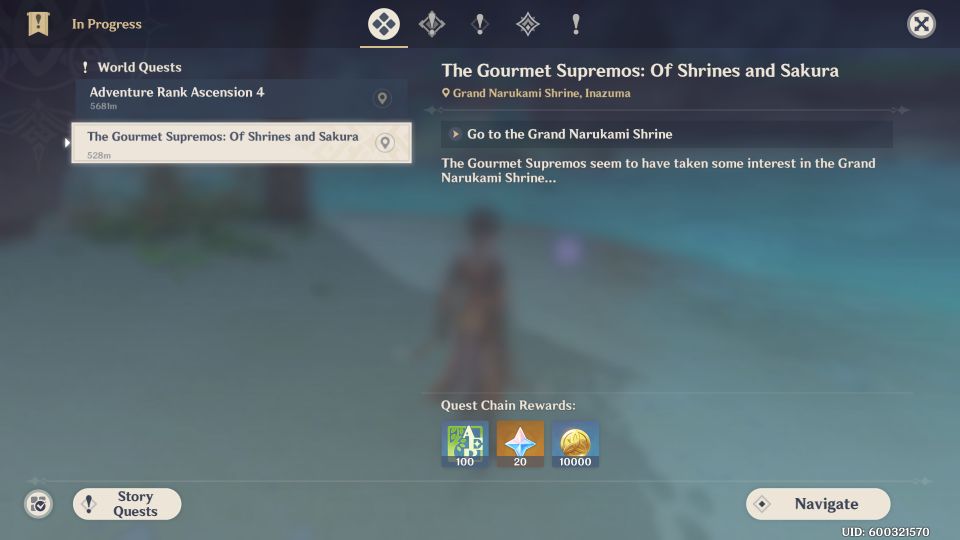 Personally, I didn’t see them at all. I just interacted with the Sacred Sakura and the quest completed by itself. It may be a bug. 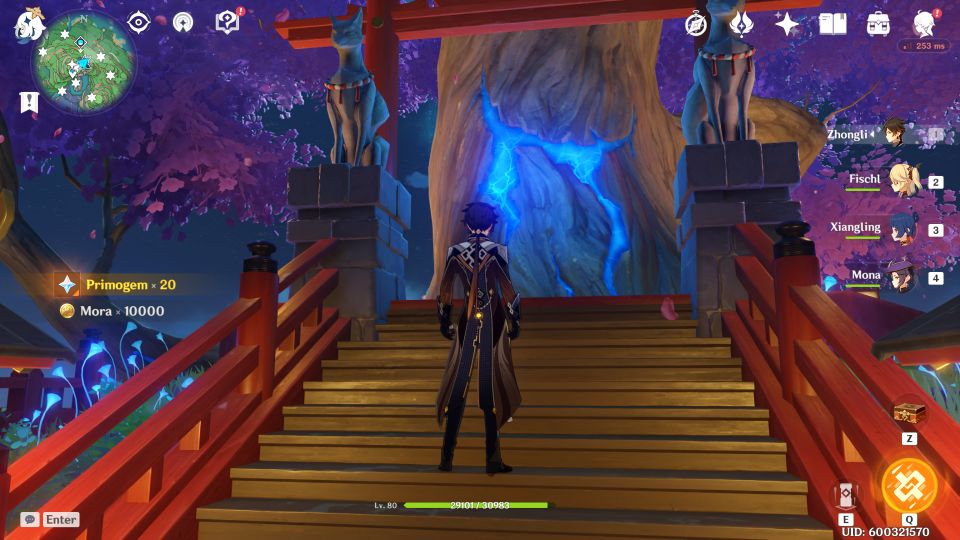 The Gourmet Supremos: The Seashore Strider

The next one requires you to go to a beach in Inazuma. 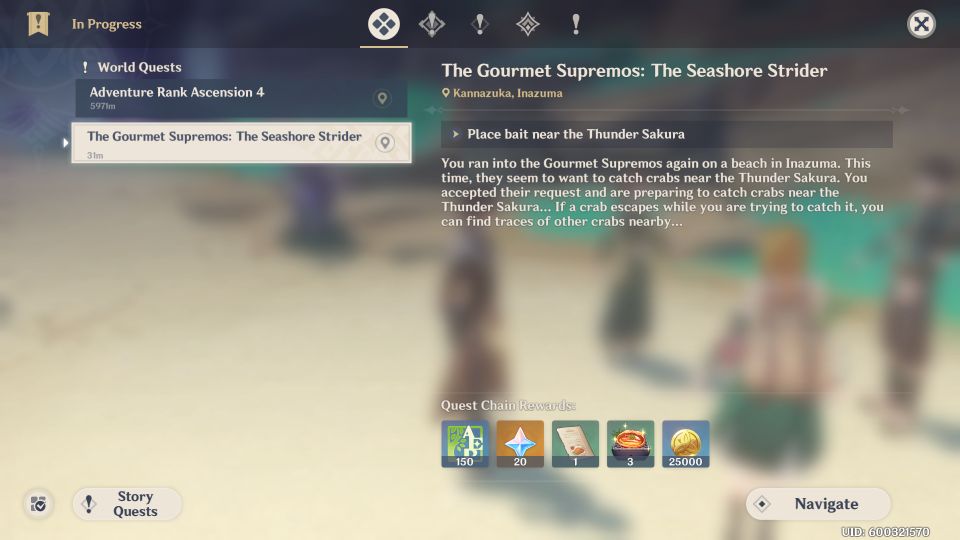 You’ll find the trio again just north of Kujou Encampment. The location is shown in the map below. 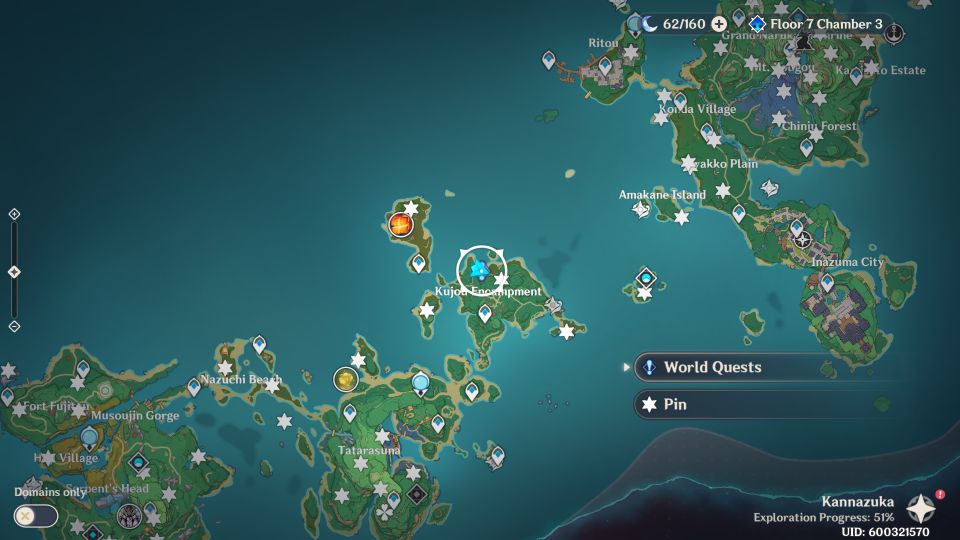 Talk to them to begin the quest. 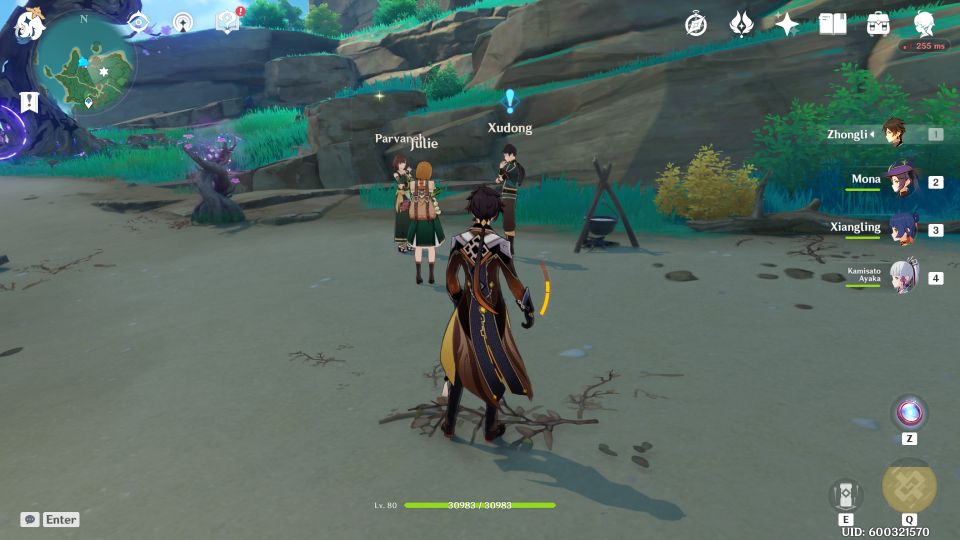 Xudong will ask you to place a bait near the Thunder Sakura. Just go to the marked spot and place it. 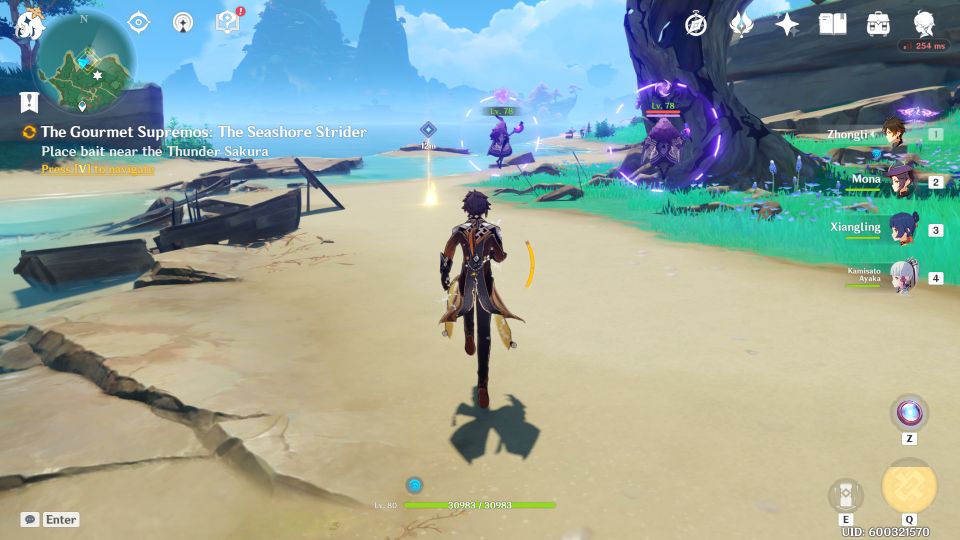 After placing it, a crab will show up. Capture the crab and give it to Xudong. The quest ends here. 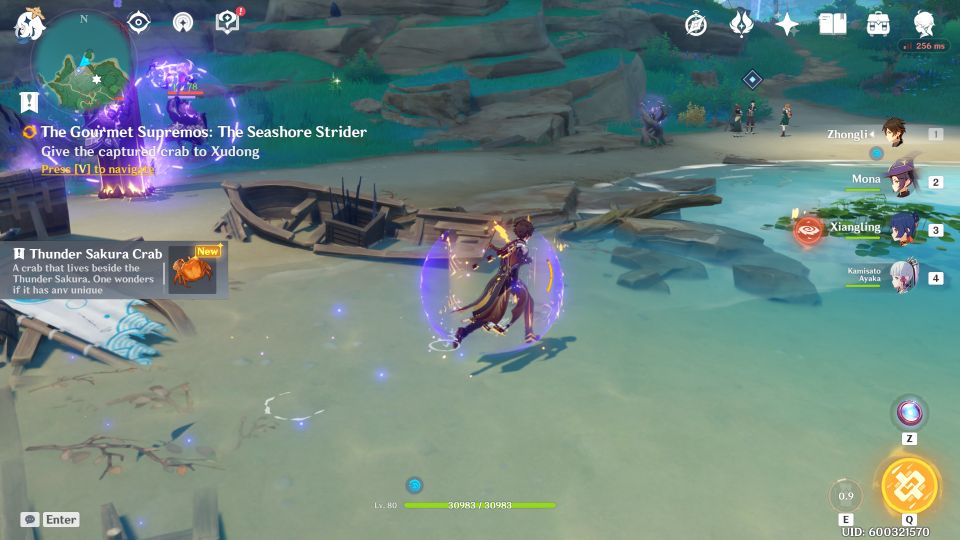 The Gourmet Supremos: The Deep Divers

The next location is near Serpent’s Head. 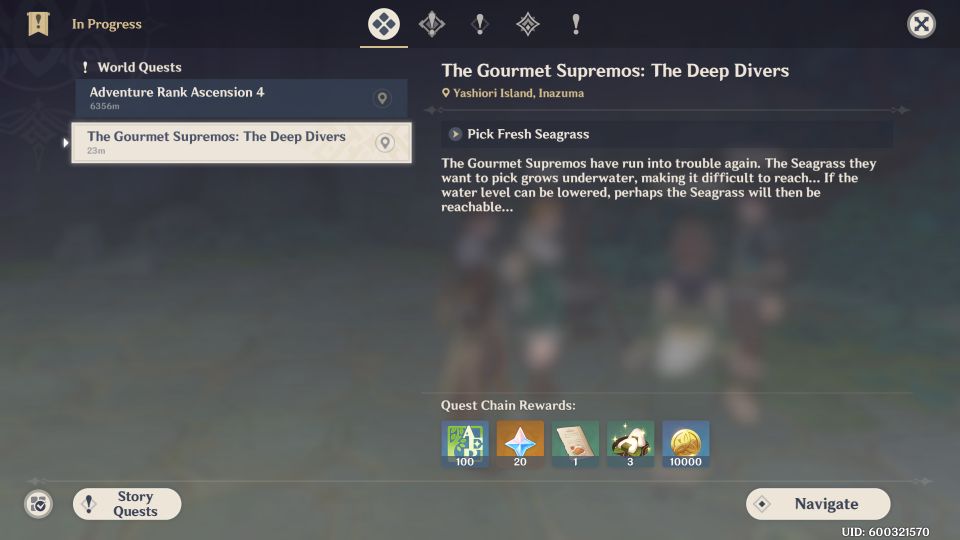 You will find them at the exact location shown below, marked by the player location. 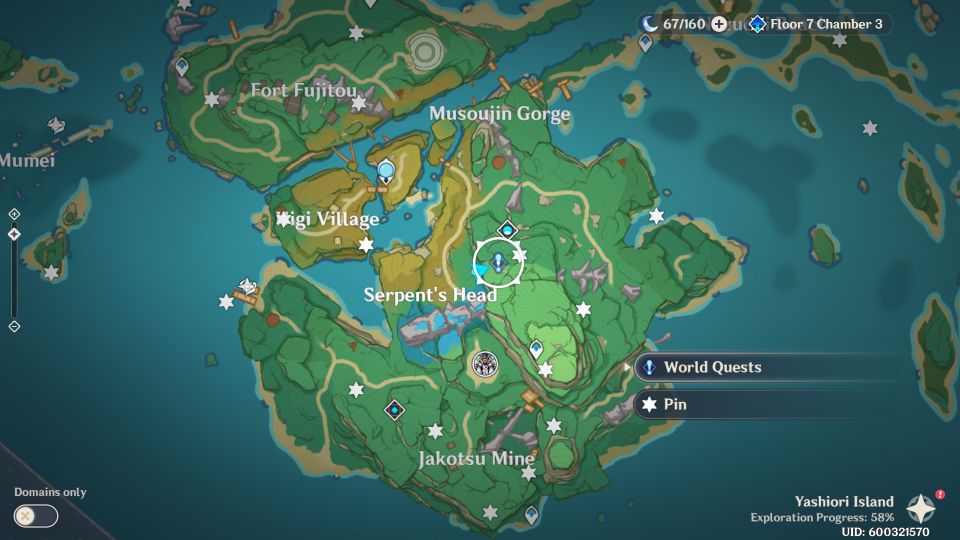 Jump down the hole. 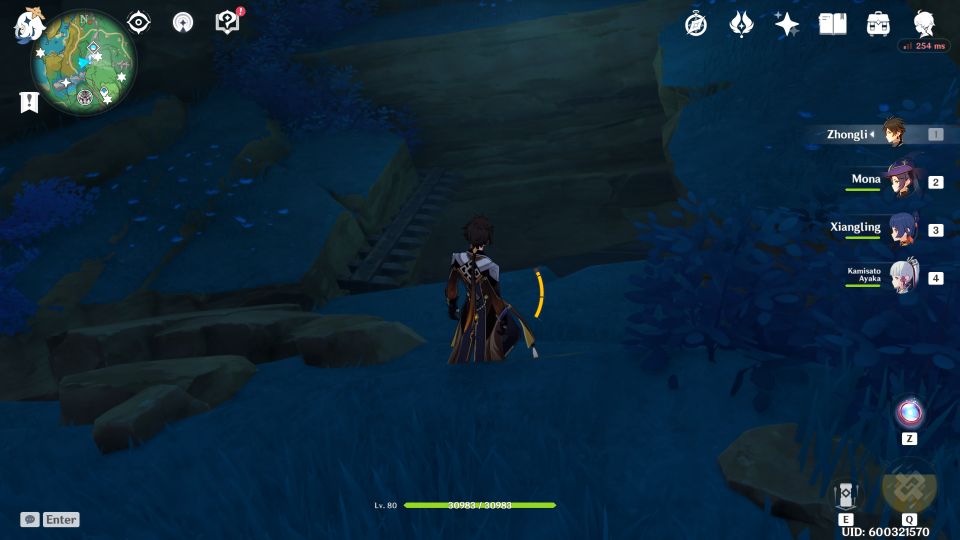 You will be greeted with three different chaos monsters. Take them out first. 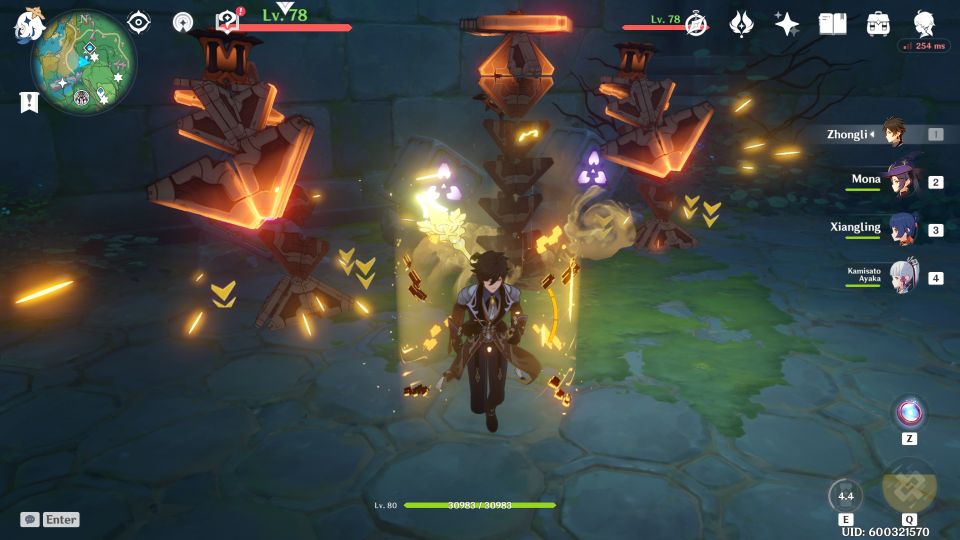 Go up the stairs and you’ll find the trio.

Talk to Xudong to begin. 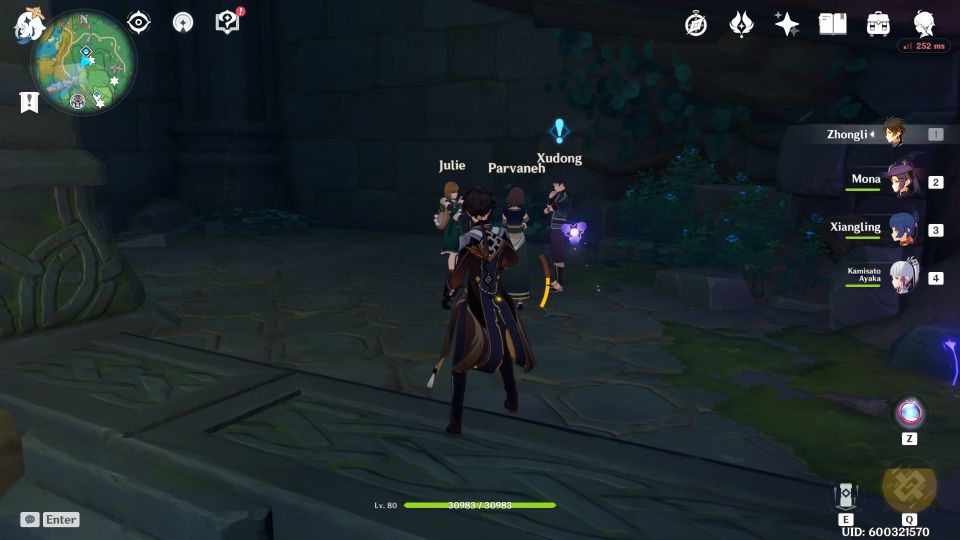 You then have to descend further down the hole to look for seagrass. 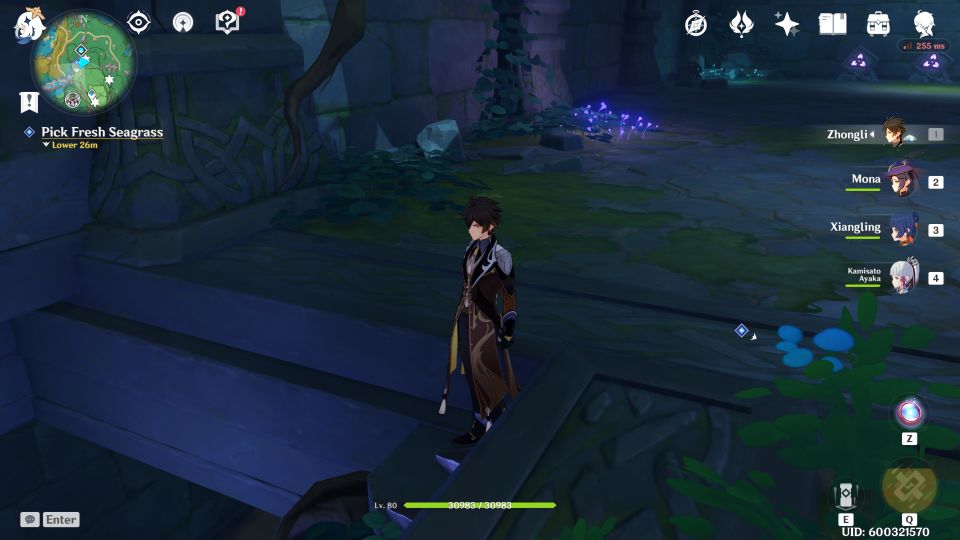 Jump down and you’ll meet two groups of hydro slimes. Take them out and grab the seagrass.

Return to Xudong to complete the quest. 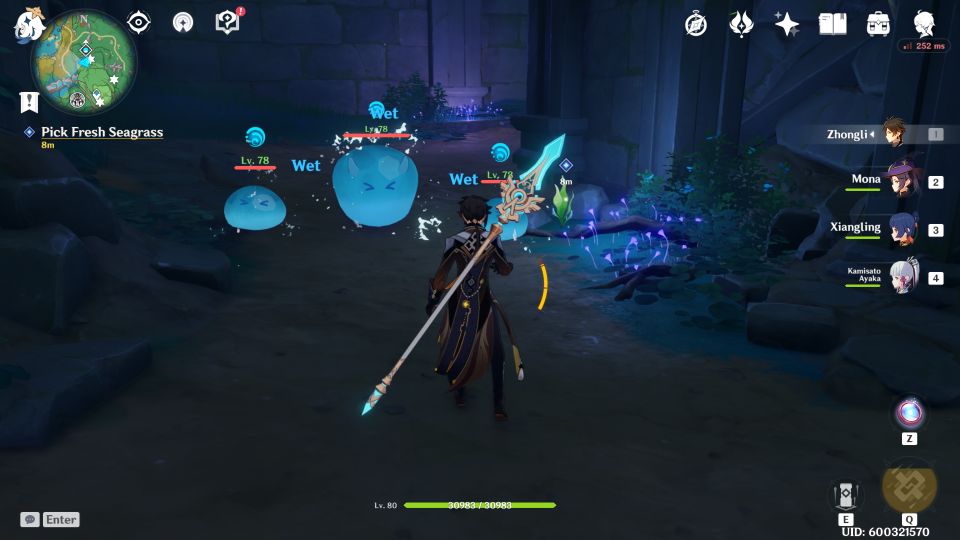 The Gourmet Supremos: On The Road

The next location is in Inazuma City, near the waypoint where the Adventurer Guild is. 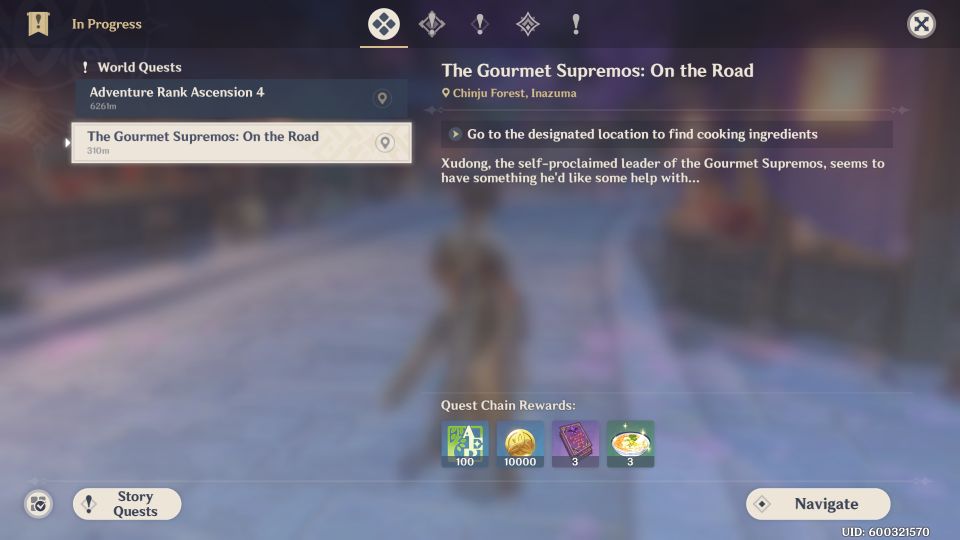 You’ll find the trio standing beside the Adventurer Guild, as marked on the map below. 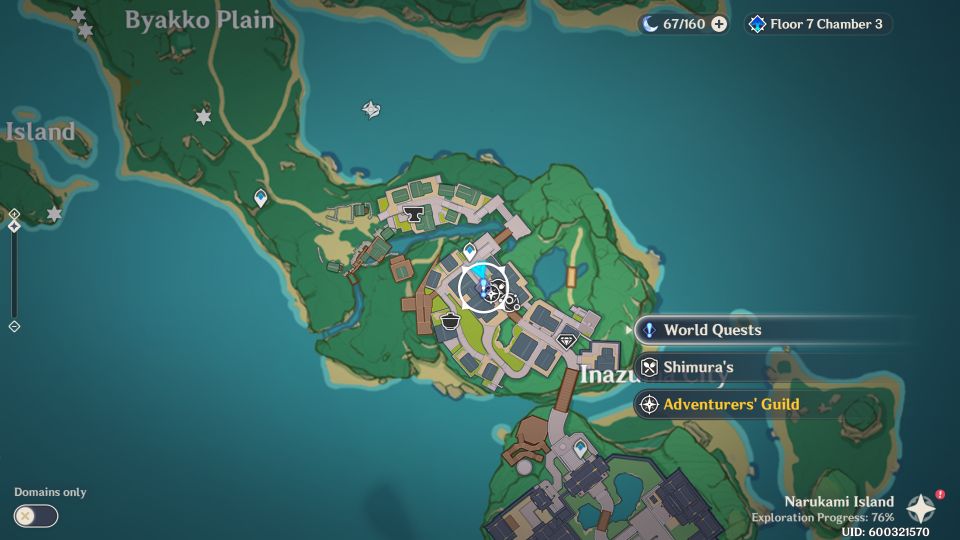 Talk to Xudong to begin the quest. 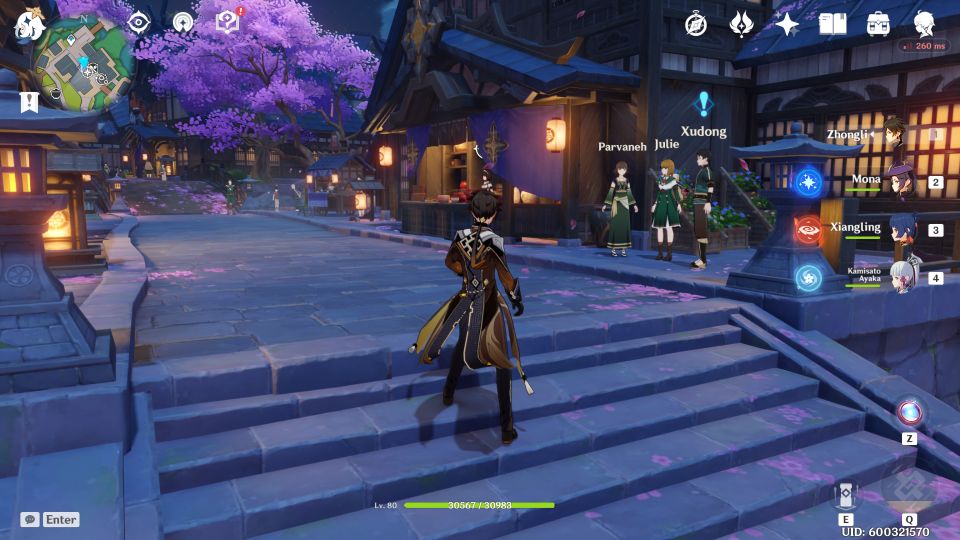 This time, you have to head to Chinju Forest. 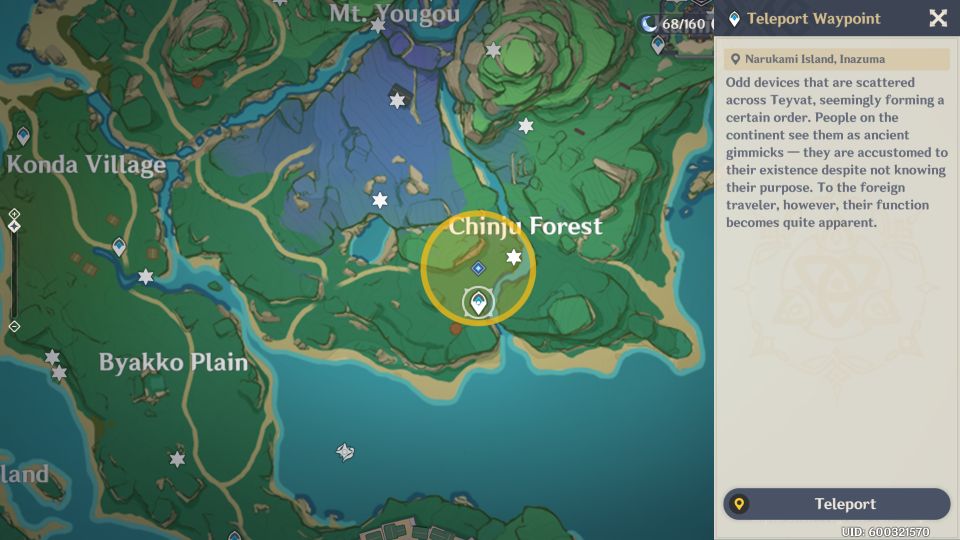 Speak to the samurai to proceed. 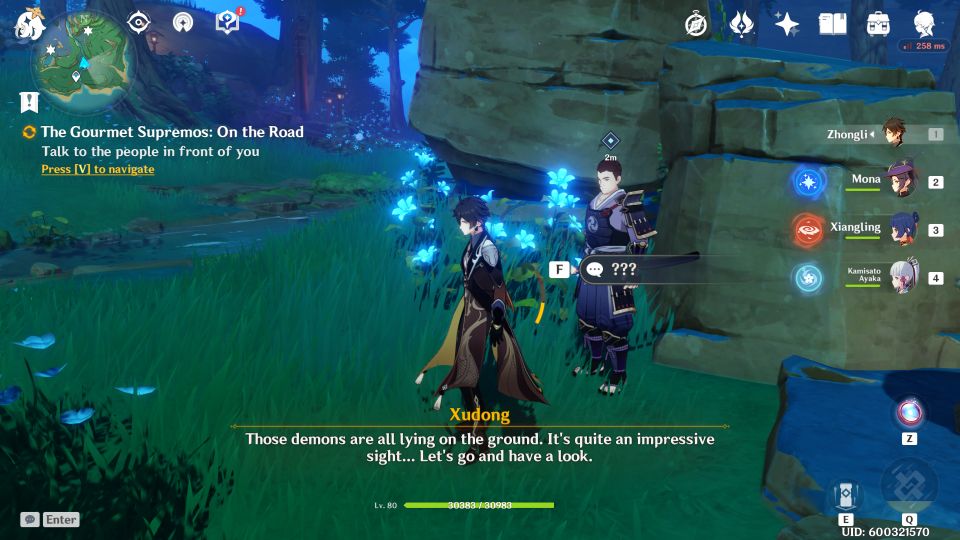 You then have to pick up cooking ingredients from three marked spots. They’re all around the same area. 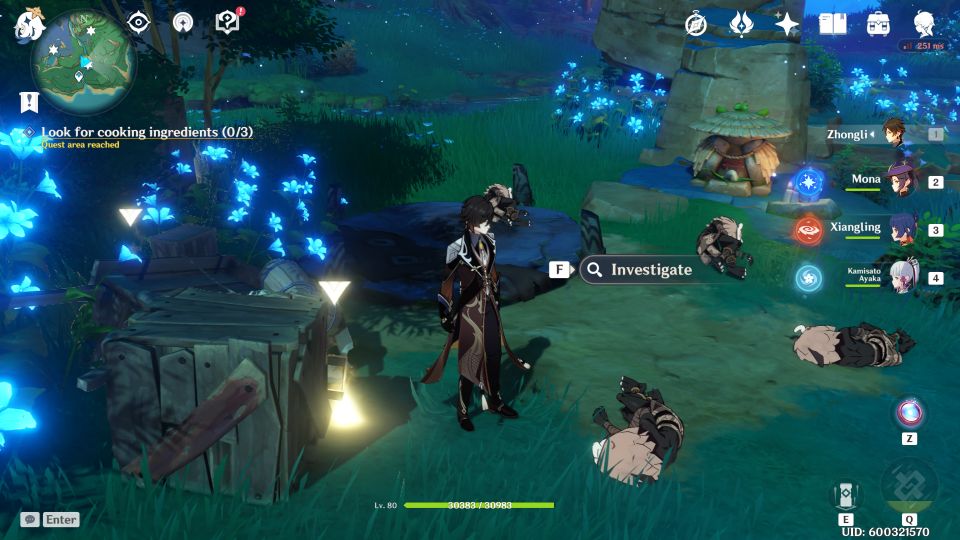 Finally, head to the marked spot to start cooking.

The quest ends after this. 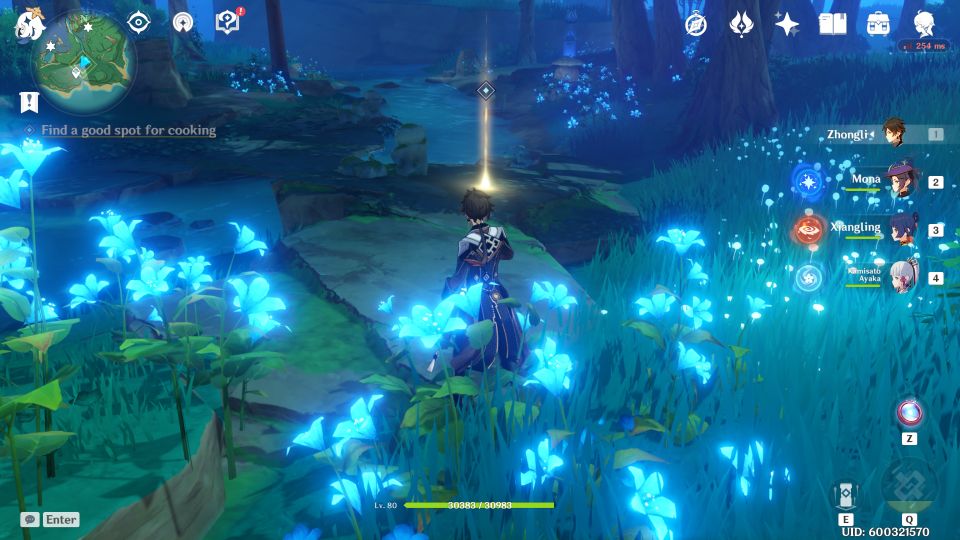 To be updated if any.