Oceanid is an Elite Boss which can be found in Liyue in Genshin Impact.

It is hydro-based and drops certain materials required for certain character’s ascension.

Here’s how you can find Oceanid and defeat it in Genshin Impact.

How to find Oceanid (location)

The exact location is shown below, marked by the boss symbol. 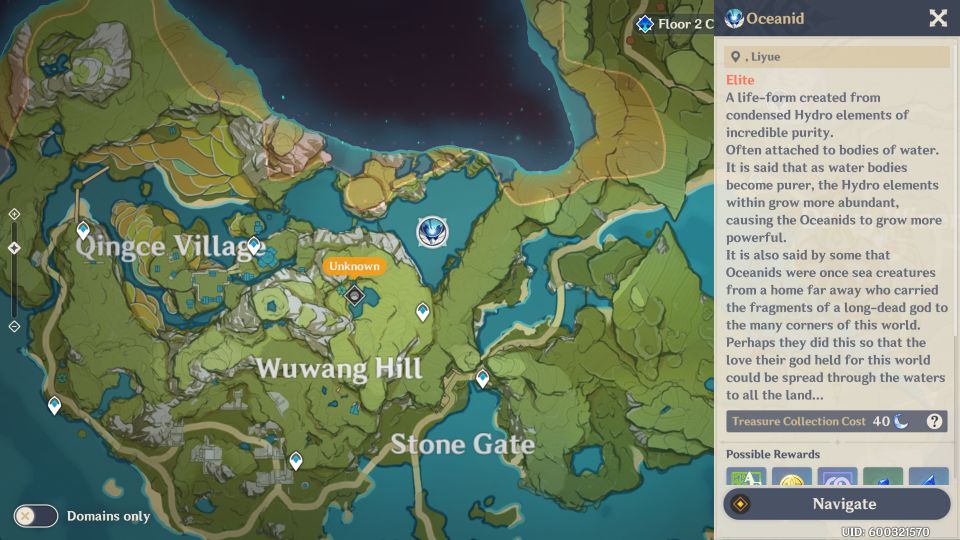 How to defeat Oceanid

As you reach the area, you will find yourself inside a valley and there’s a platform in the middle of the lake. 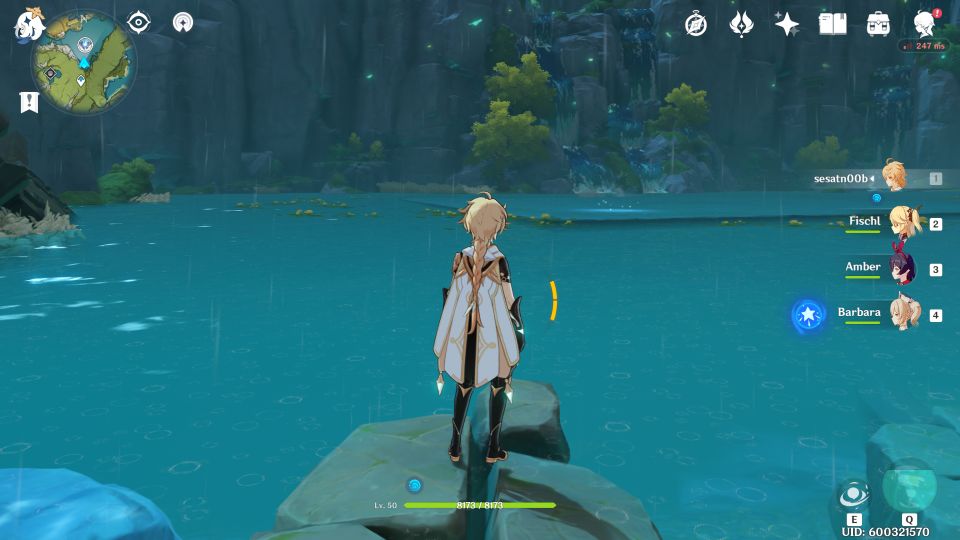 Unlike other bosses, Oceanids do not fight in person. 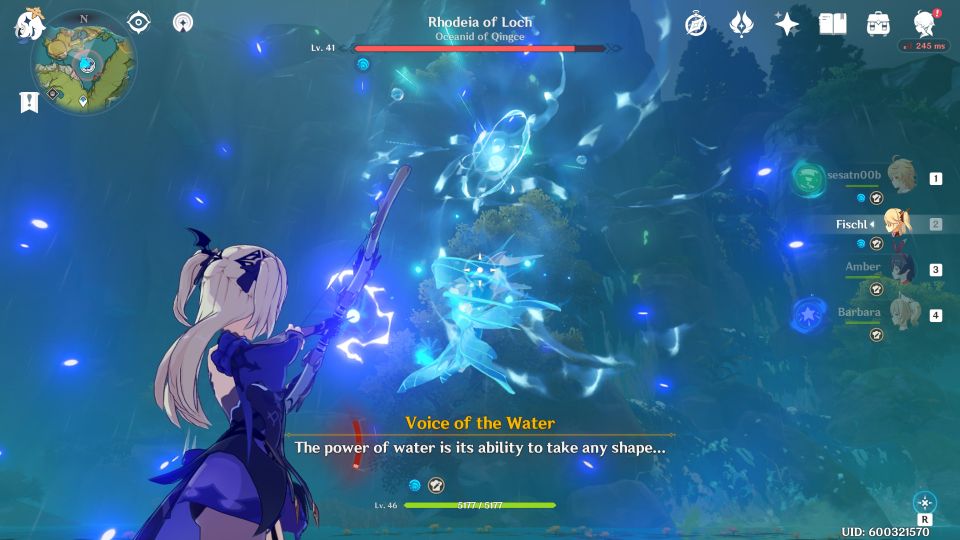 This boss just summons water illusions throughout the fight. You don’t even have to bother shooting at the Oceanid.

All you need to do is to defeat its water illusions which comes in many forms. The first form is boar. Boars are quite straightforward and you can avoid their charge attack.

Every time you defeat a group of water illusions, the Oceanid’s health will drop. 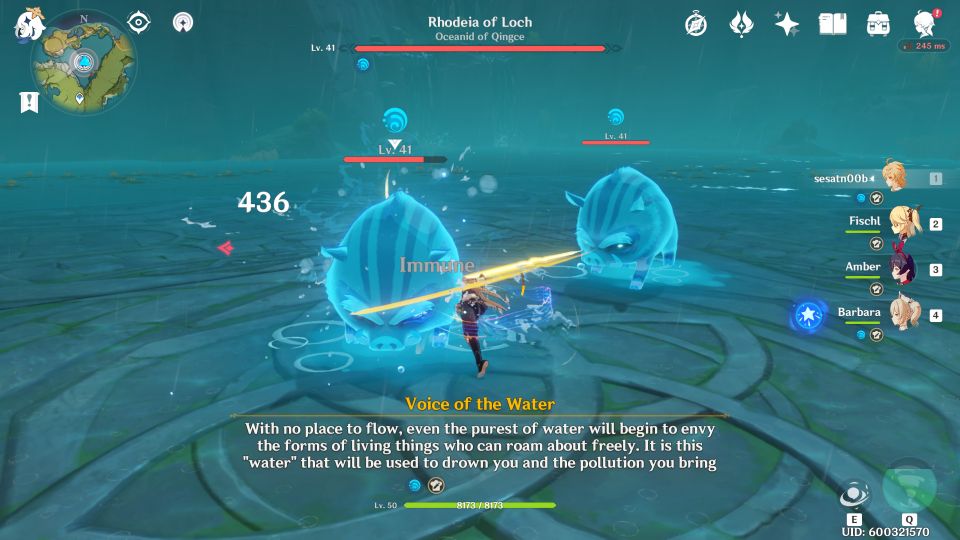 After the boars, you will also encounter bird forms that are a little annoying since they move around a lot. 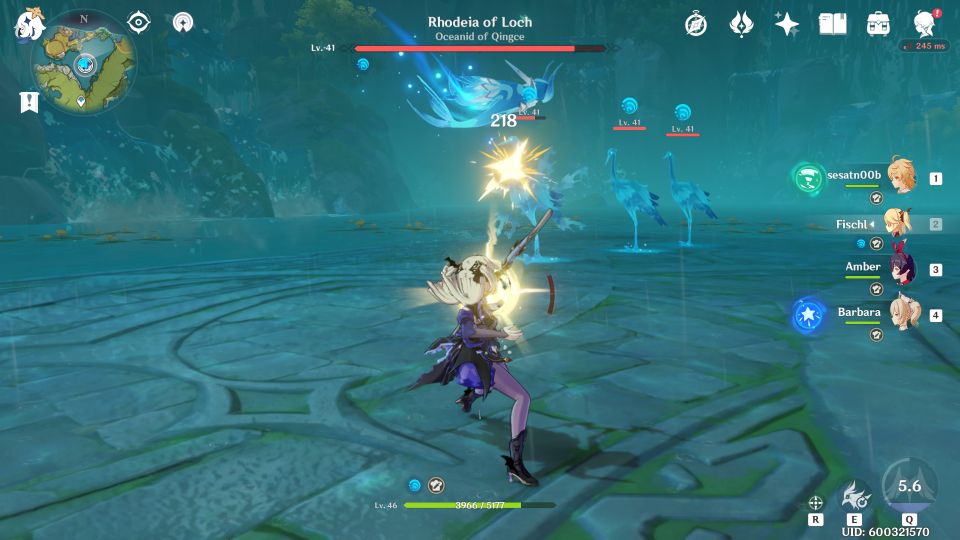 During the battle, certain platforms will also sink. You just have to move away. 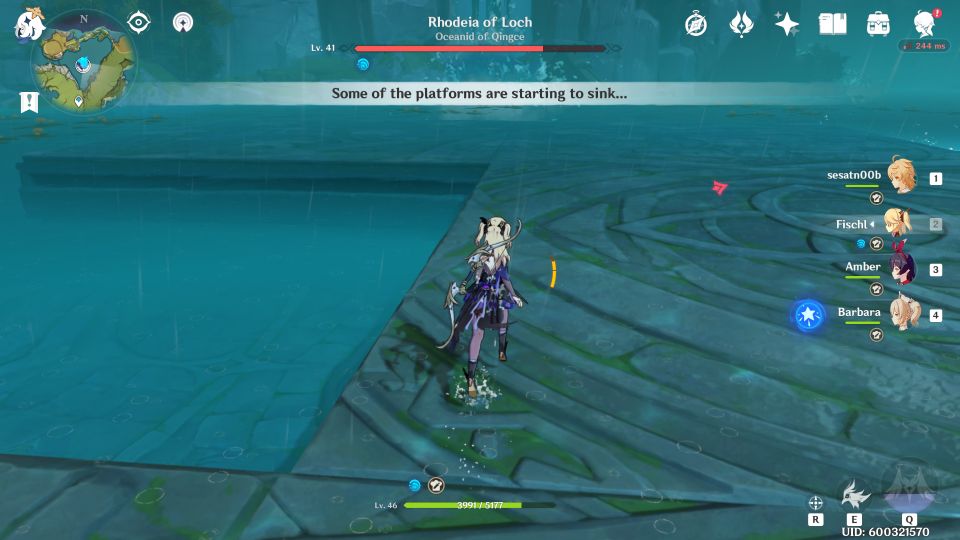 Oceanid will also spawn a crab form of water illusions. Crabs move quickly so they can be hard to deal with. 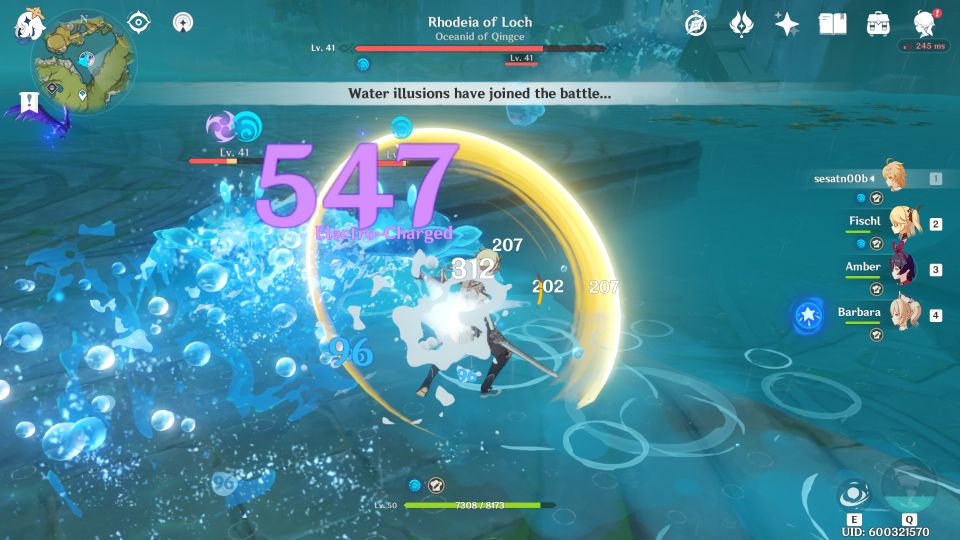 After dealing with the water forms, the cycle repeats itself. You may encounter boars again.

Just keep killing the illusions until the Oceanid’s health go to zero.

After the fight, use your resin to collect the rewards.

Some of the drops are required for character ascension (e.g. for Barbara). 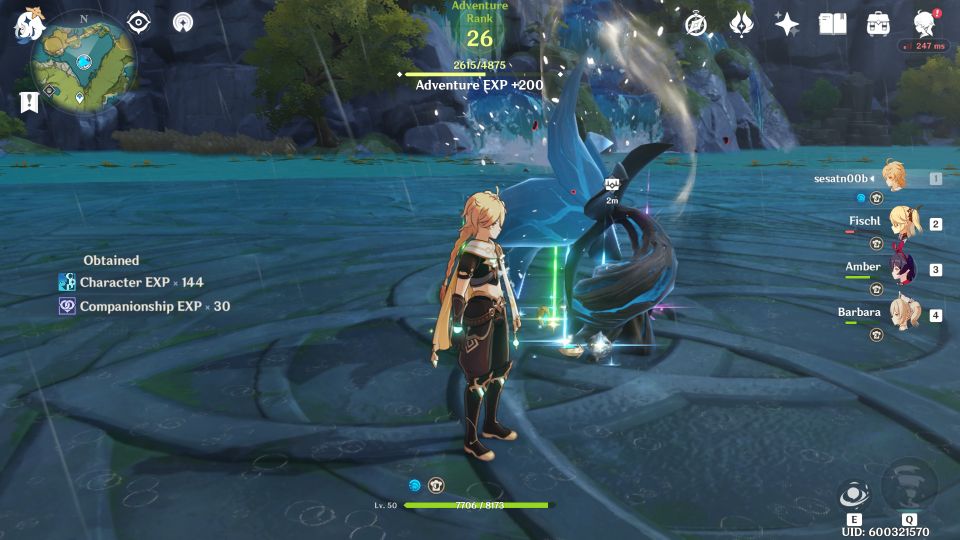