Your task is to help Yoimiya out with some of her errands and also help out with Sakujirou.

Here’s a walkthrough of Dreamlike Timelessness in Genshin Impact.

This walkthrough is divided into several sub-quests. 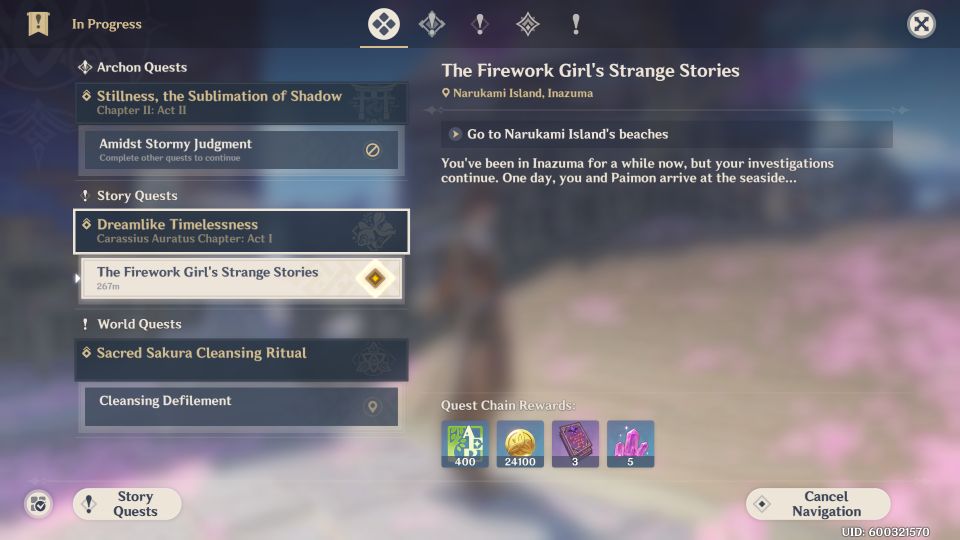 To begin the quest, head to Narukami Island’s beach as marked on the map. You’ll see a few children there. 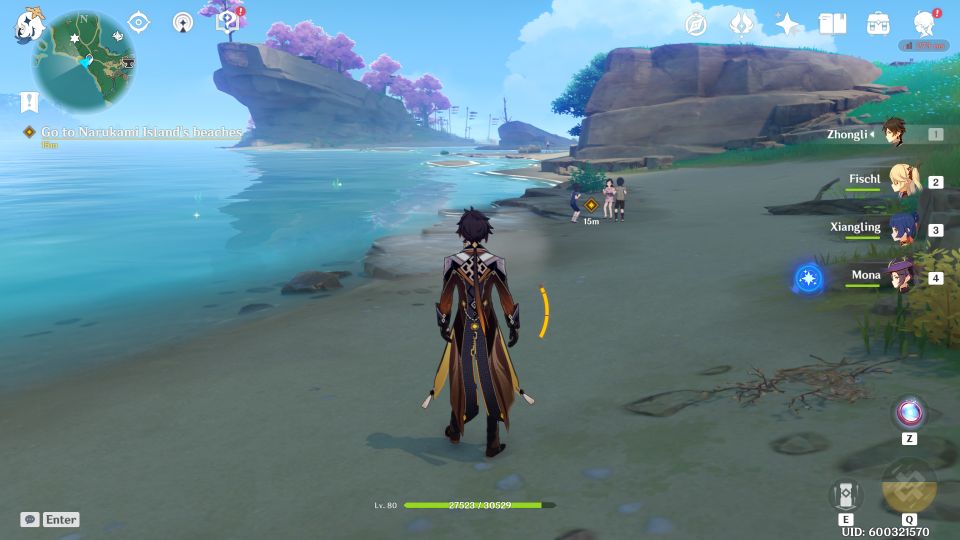 After the conversation, catch up to the children who are about to leave. This time, you’ll see Yoimiya. 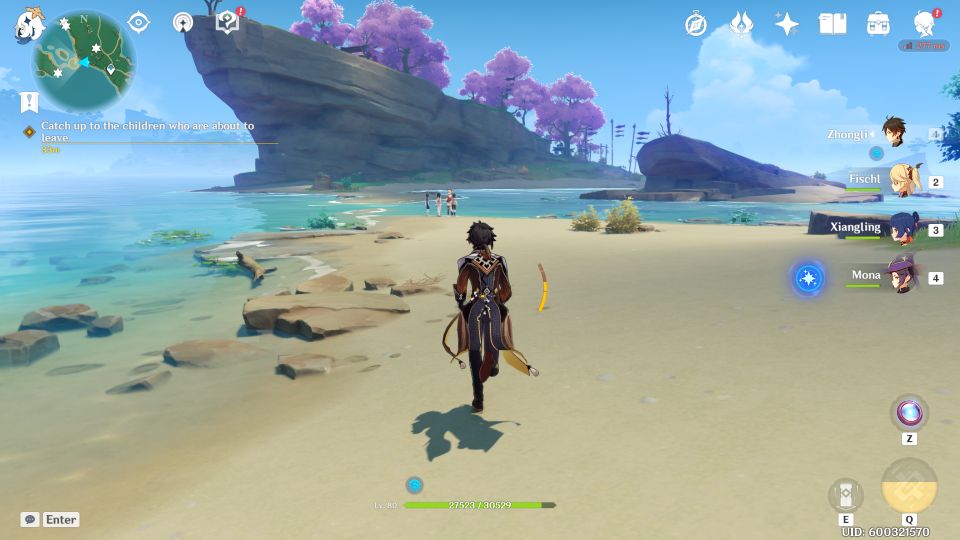 Next, head to the Naganohara Fireworks shop which is in Inazuma City. 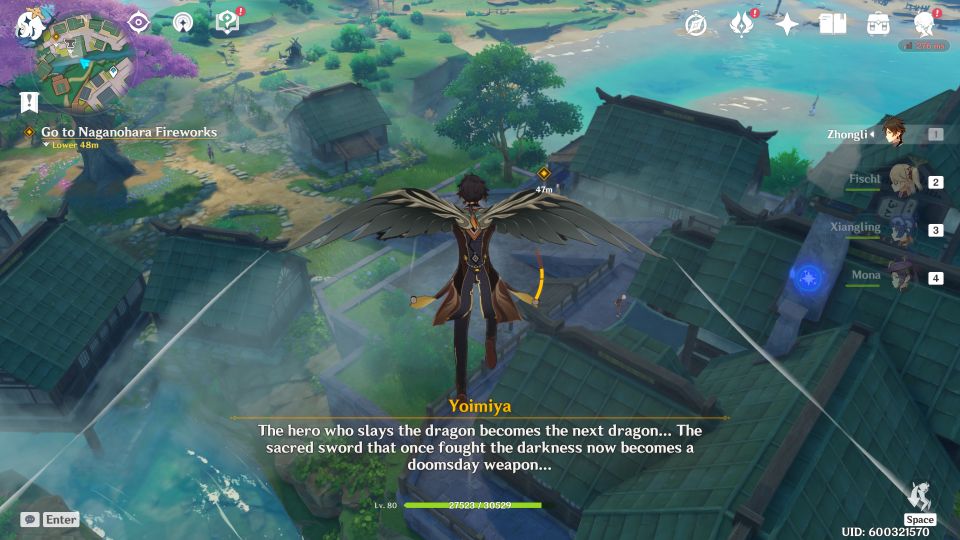 You’ll then hear some noise from the back of the shop. Go behind the shop to confirm the source of the sound. That’s where you’ll meet Sakujirou. 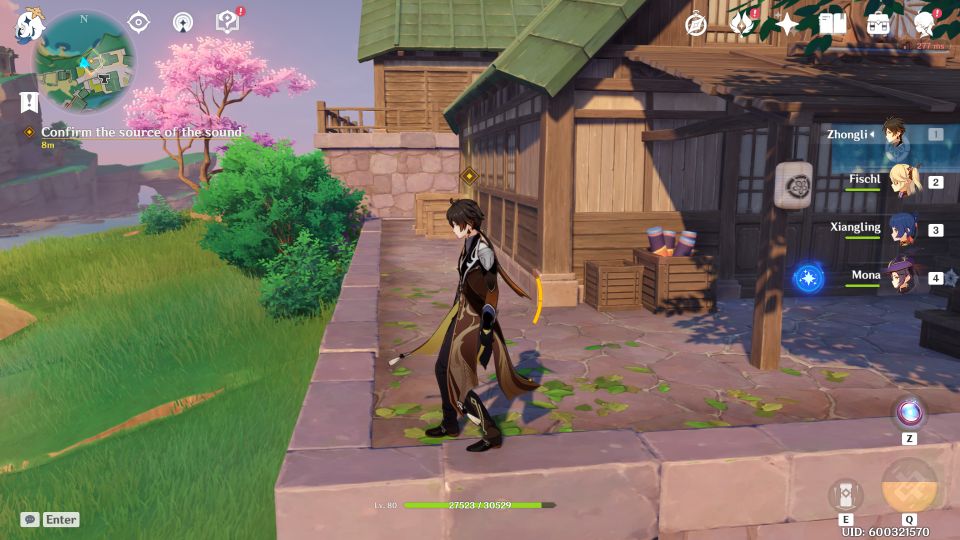 Expectations Not to Be Betrayed

The next sub-quest starts here. You’ll have to prepare a boat for Sakujirou as he tries to escape the Tenryou. 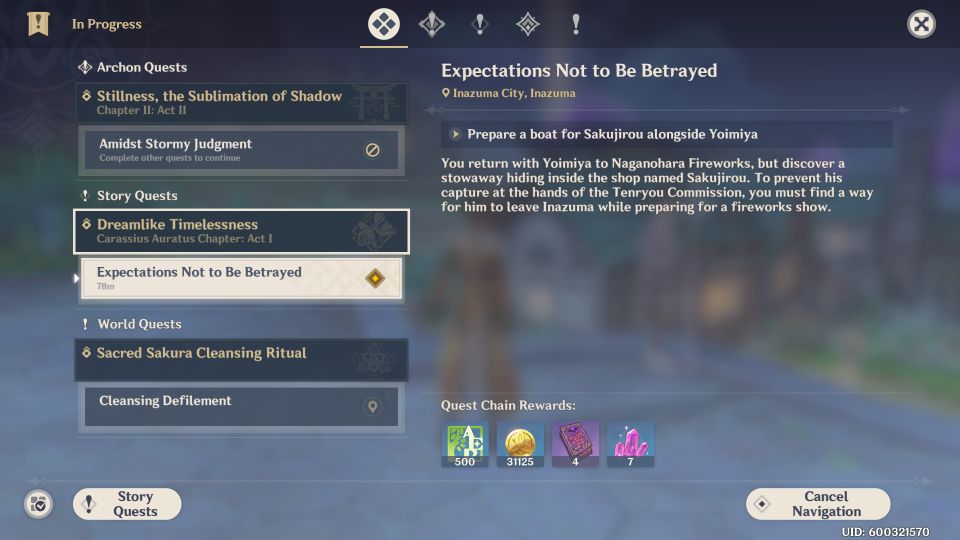 Head to the location marked on the map to find the boat maker. 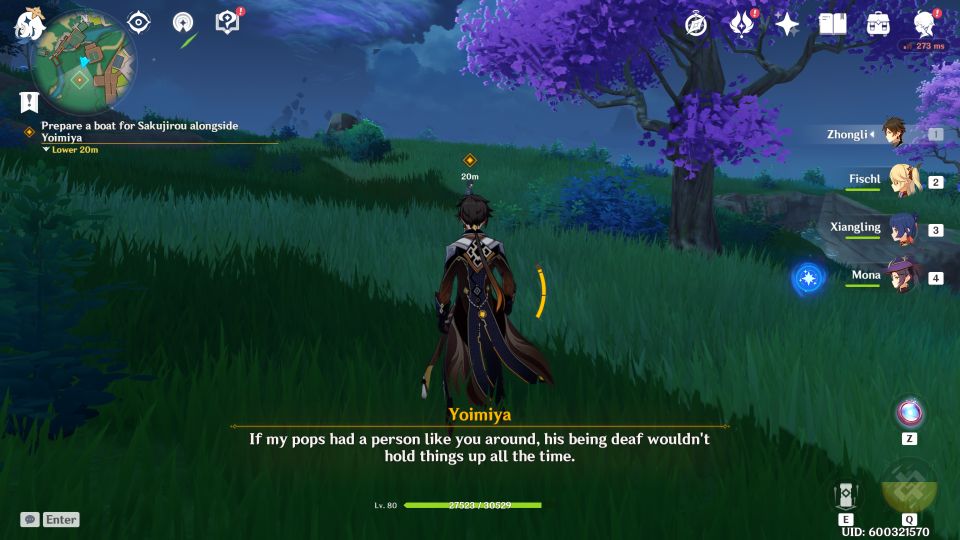 Then, you’ll need to look for Morihiko. He is just down the stairs, within the marked area. 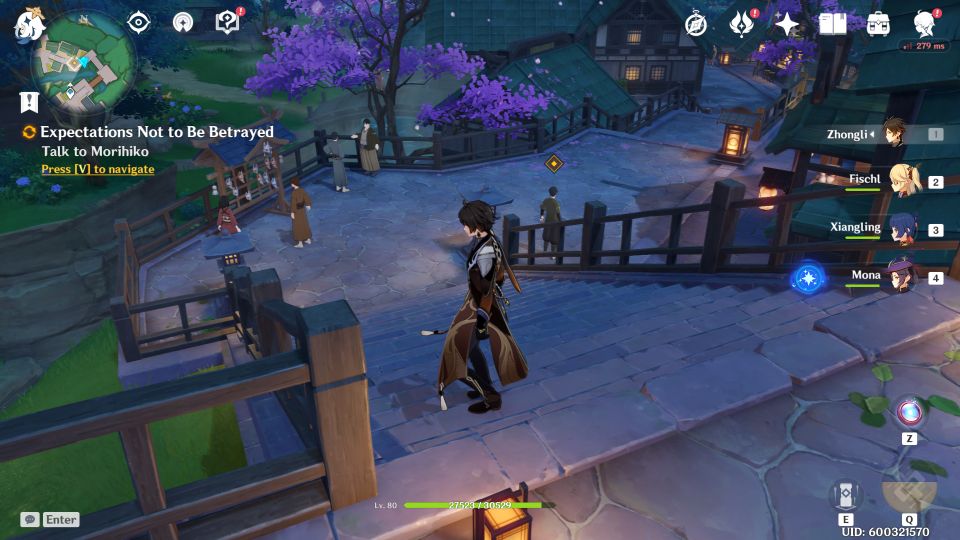 Next, go to the Amenoma Smithy to get an ore processed. 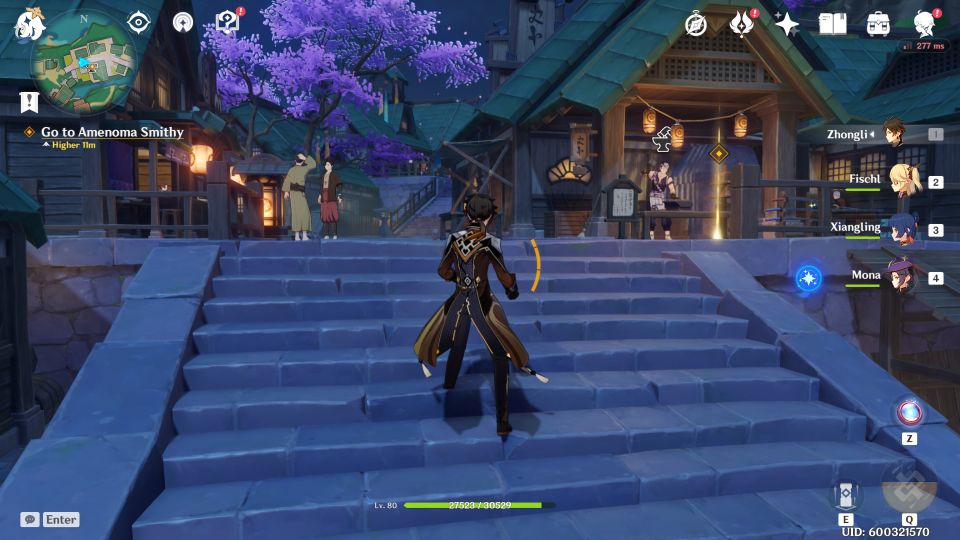 After the blacksmith, head to the designated location on the map to meet Kouichi (boat maker) again. 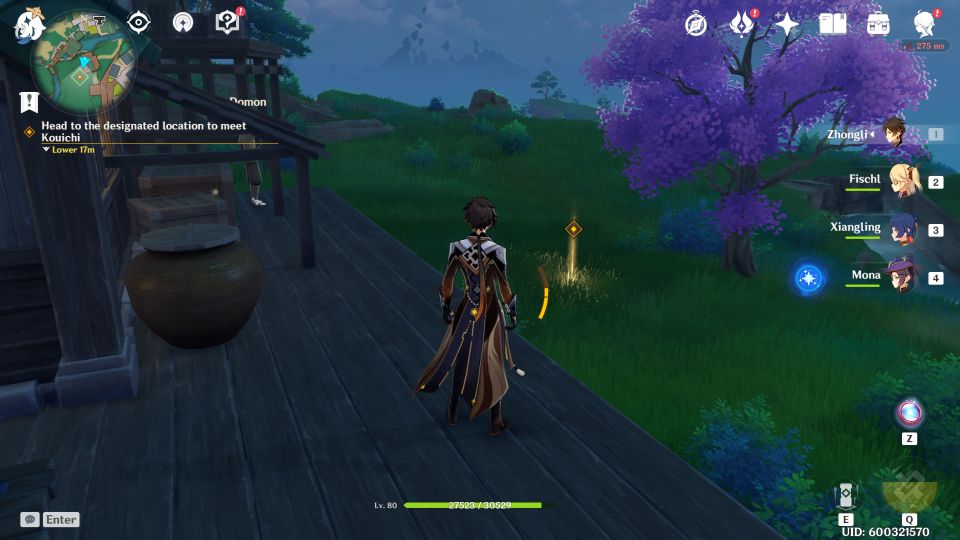 After the cutscene, move along to the beach to confirm the boat’s condition. 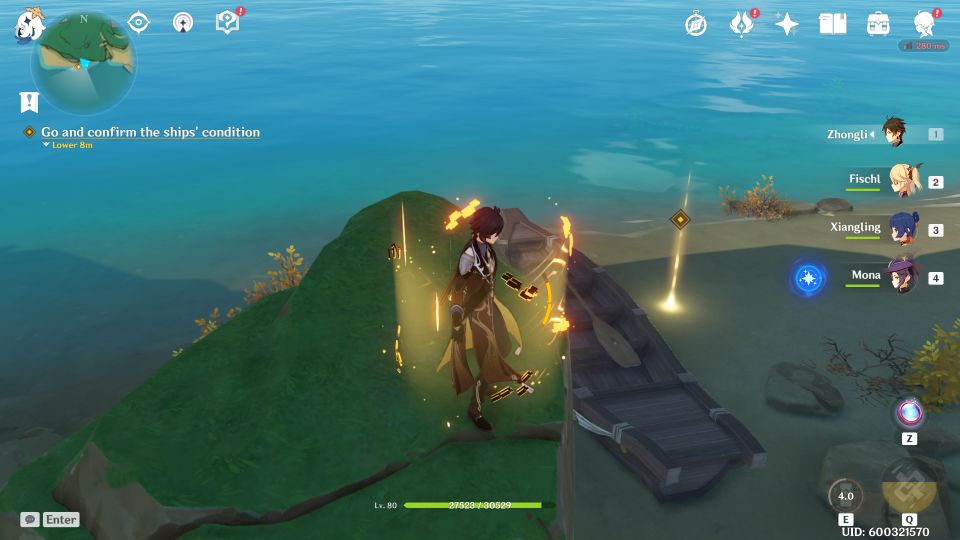 Once the boat / ship is done, go back to the fireworks shop to tell Sakujirou about it. 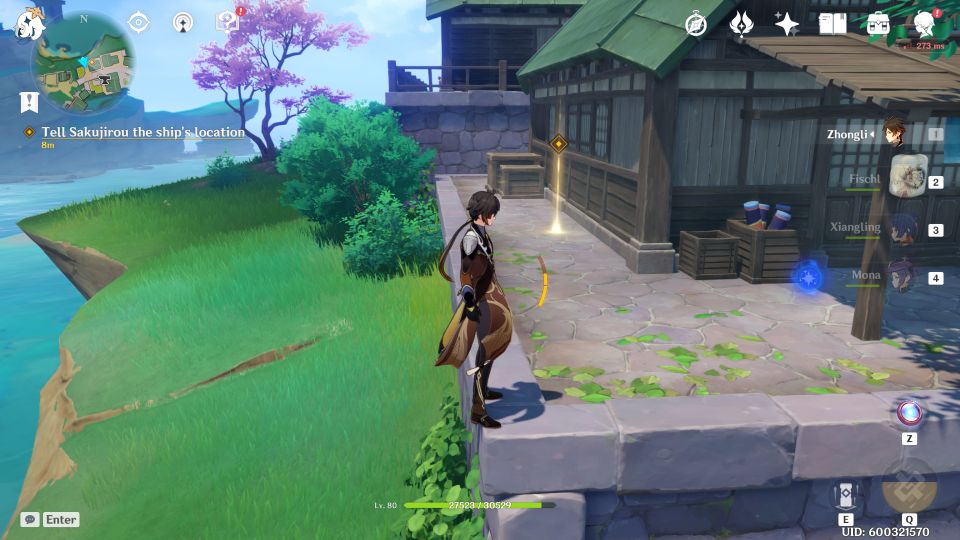 A Sliver of Hope

The next sub-quest A Sliver of Hope starts here. 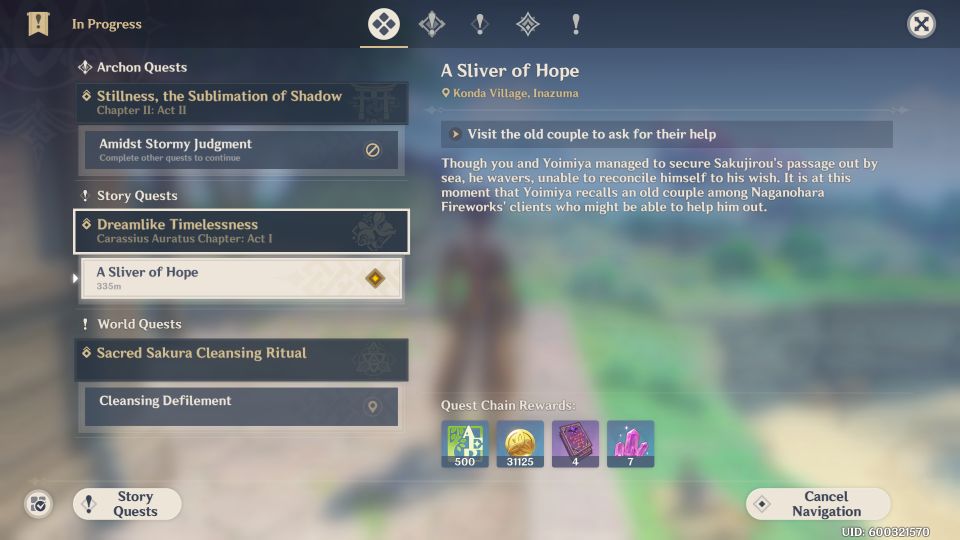 You’ll need to get to Kondo Village and visit an old couple. They are Keisuke’s parents. 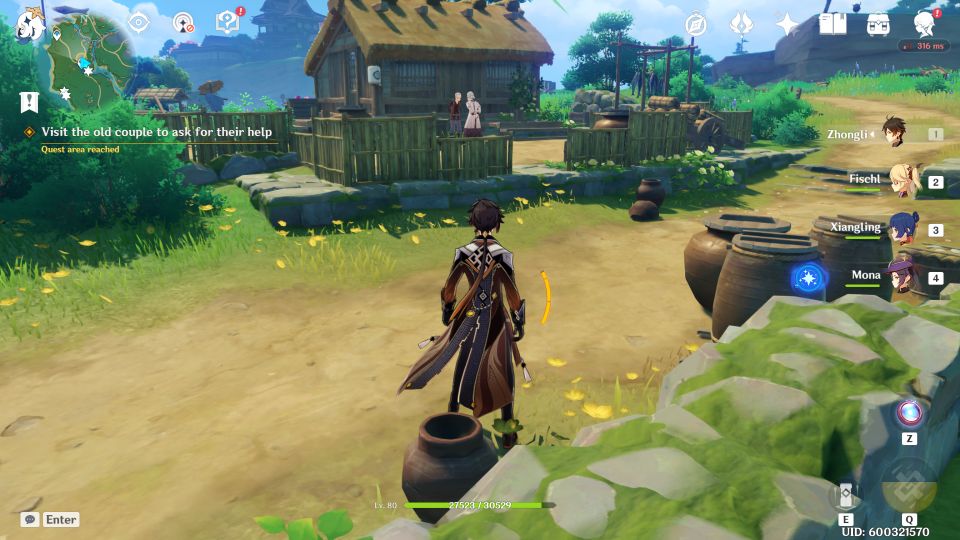 After the cutscene, help them clean up their courtyard. You simply need to attack the weeds using your weapon. 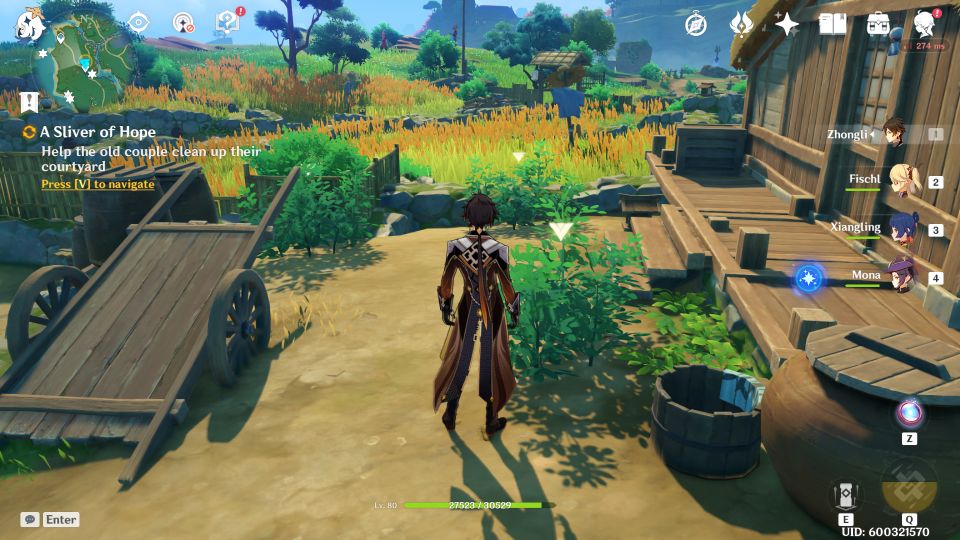 Then, deliver pickled radish to Satoru, a nearby villager. 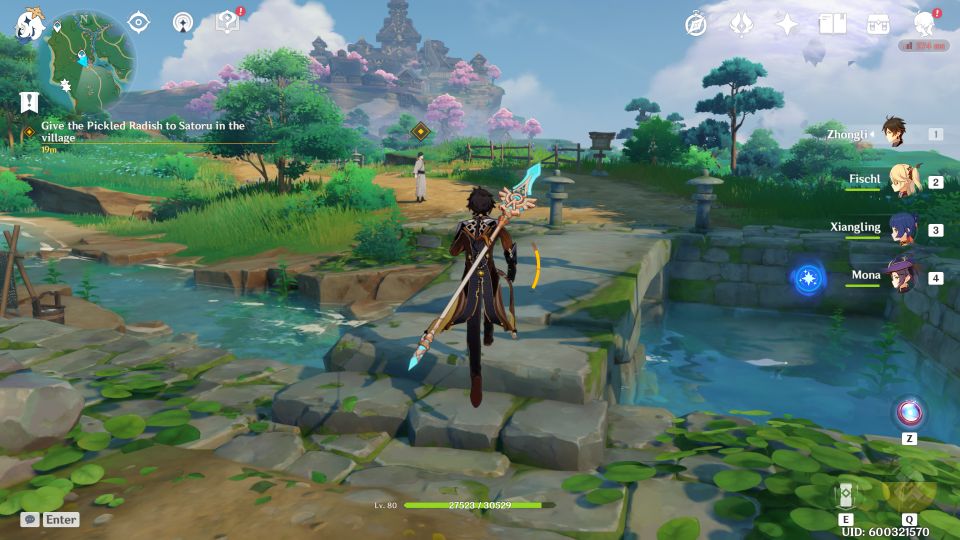 Head back to the old couple once you’re done. 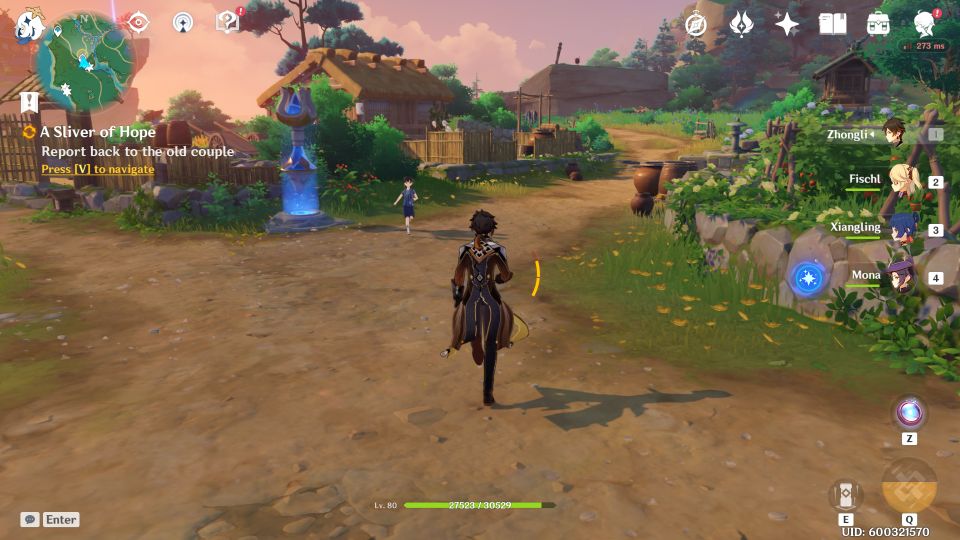 Return to Sakujirou at the fireworks shop. You’ll discover that he ran away from the Tenryou. 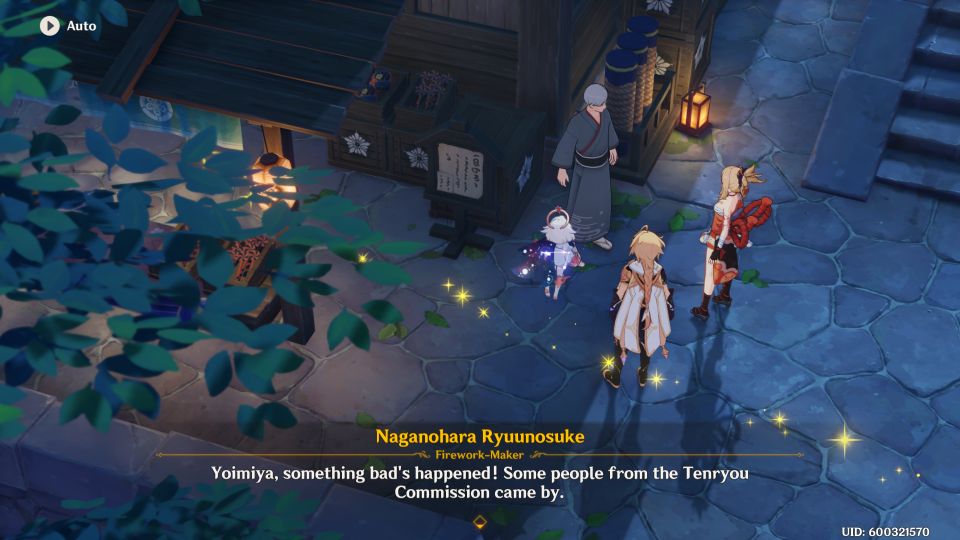 Together Under the Fireworks

You will now need to find Sakujirou and Keisuke. The latter is Sakujirou’s friend who is now working for the Tenryou commission. He is also the one who chased after Sakujirou. 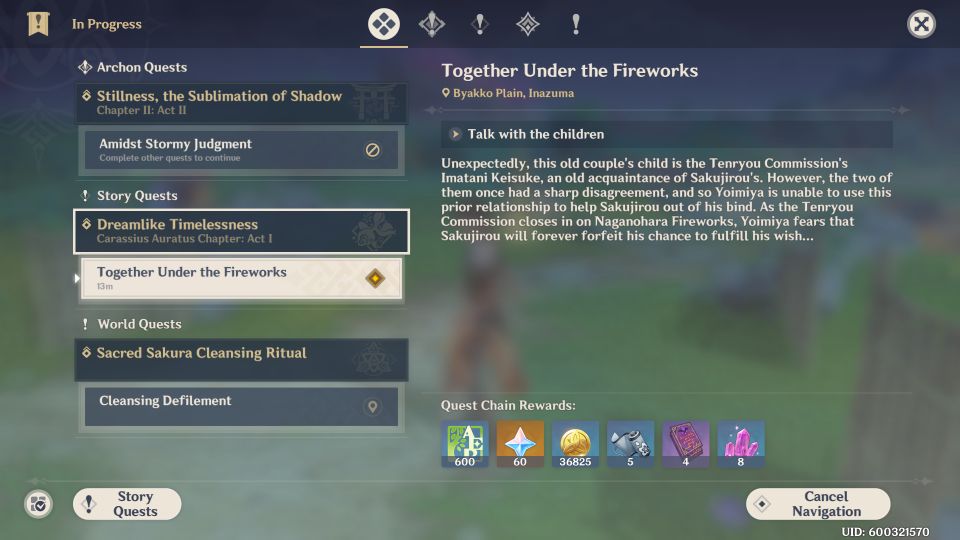 Talk with the nearby children to find his whereabouts. 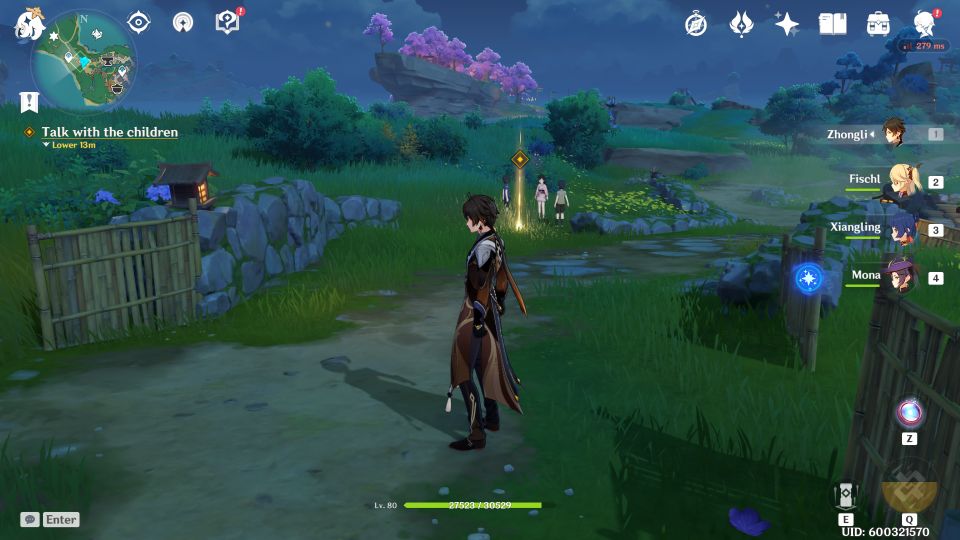 Follow the direction given and you’ll find the Tenryou commission. 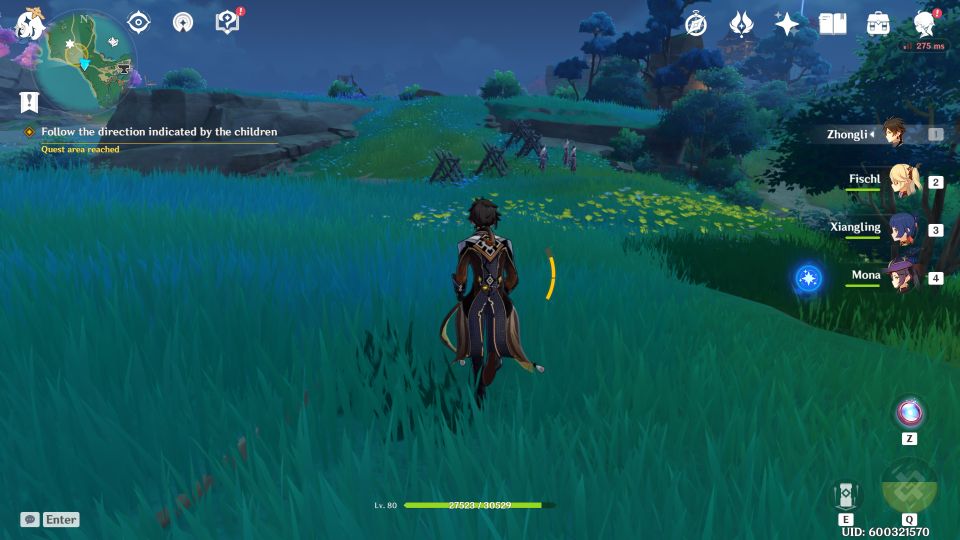 Yoimiya will then challenge them. Here, you get to use Yoimiya as a fifth character and try out her skills. 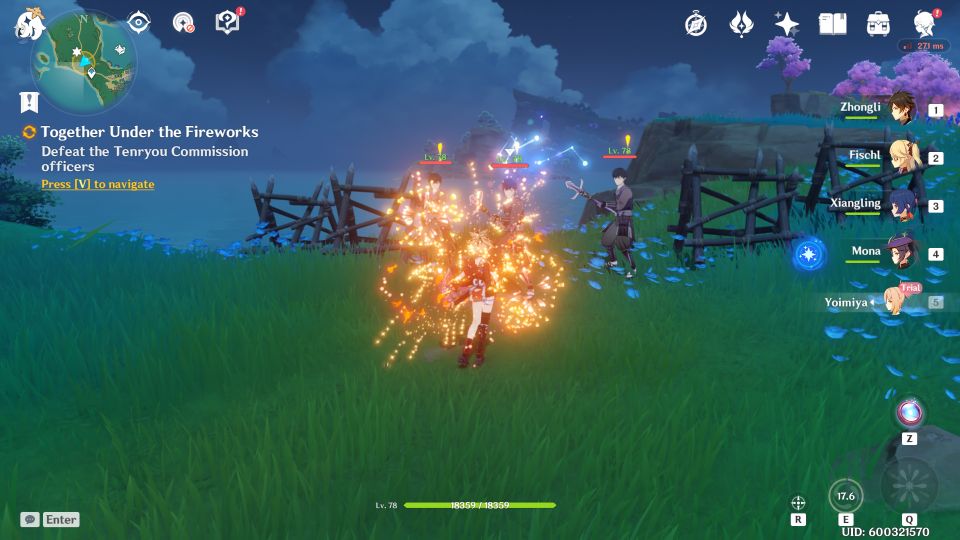 After you’re done, go deeper down the beach and you’ll find the two of them. 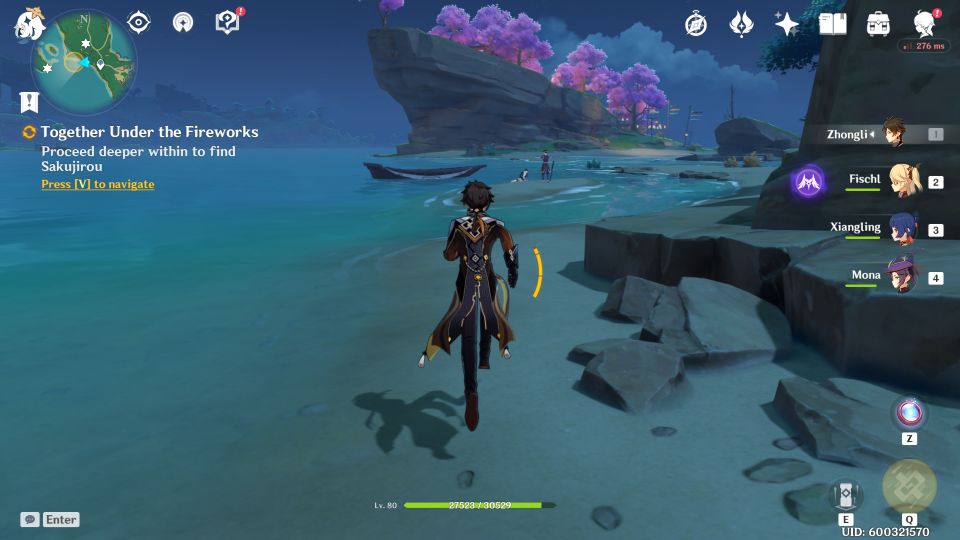 After the cutscene, you have to defeat Keisuke together with a few commission officers. Once again, you’ll be allowed to use Yoimiya. 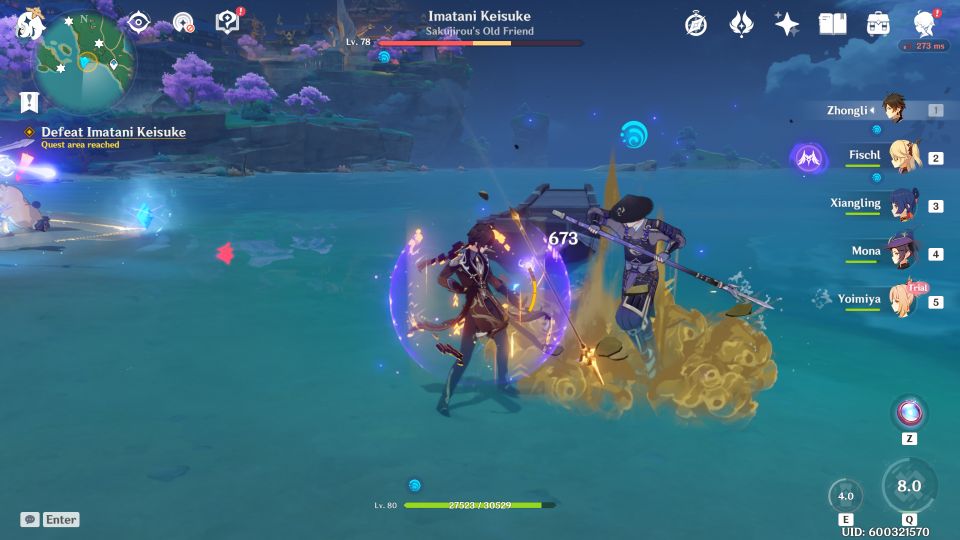 After the battle, Keisuke will allow Sakujirou to leave on the boat. Before the quest ends, Yoimiya will ask you to go to a place to watch the fireworks show.

Head to the nearby cliff where the festival is. 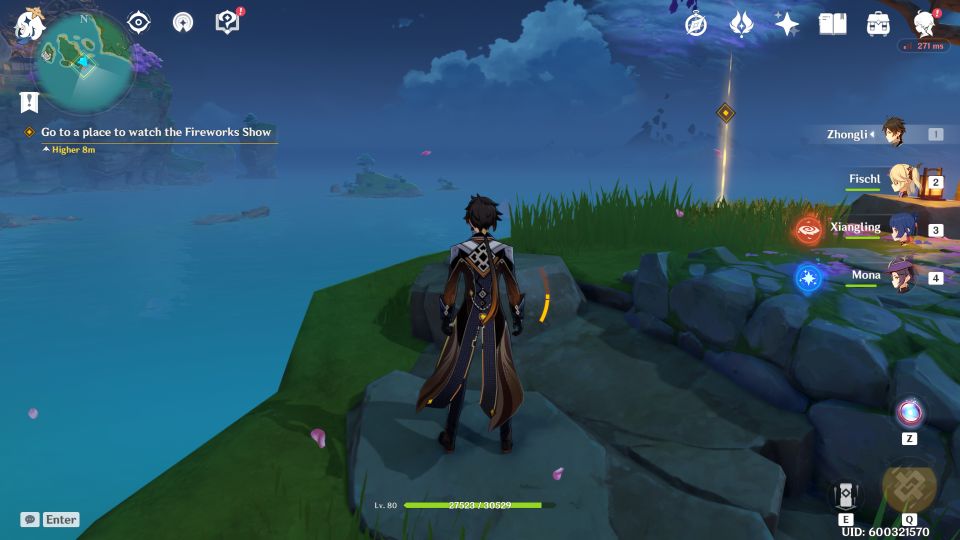 The quest ends after the fireworks show. 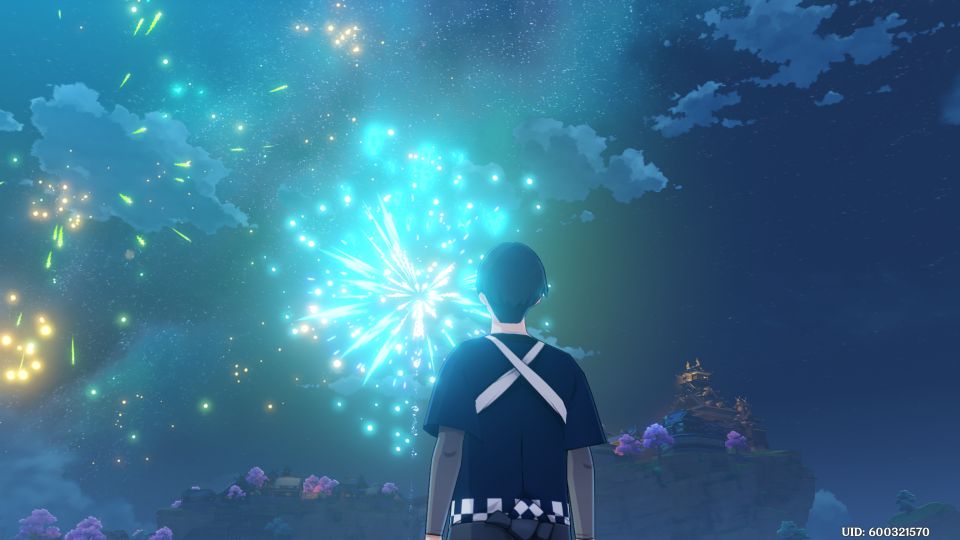