Your objective is to present evidence of treason to Kujou Sara. 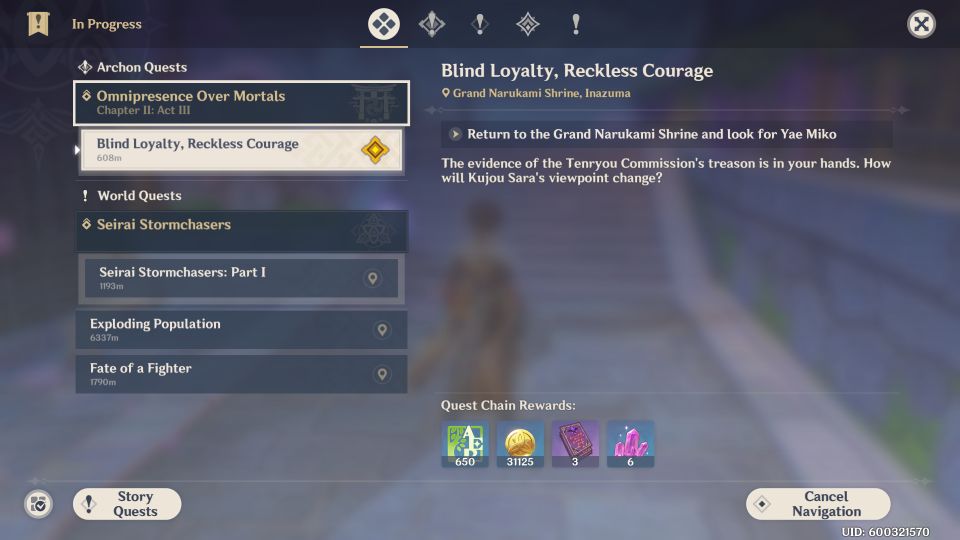 To begin the quest, meet Yae Miko at the Grand Narukami Shrine. 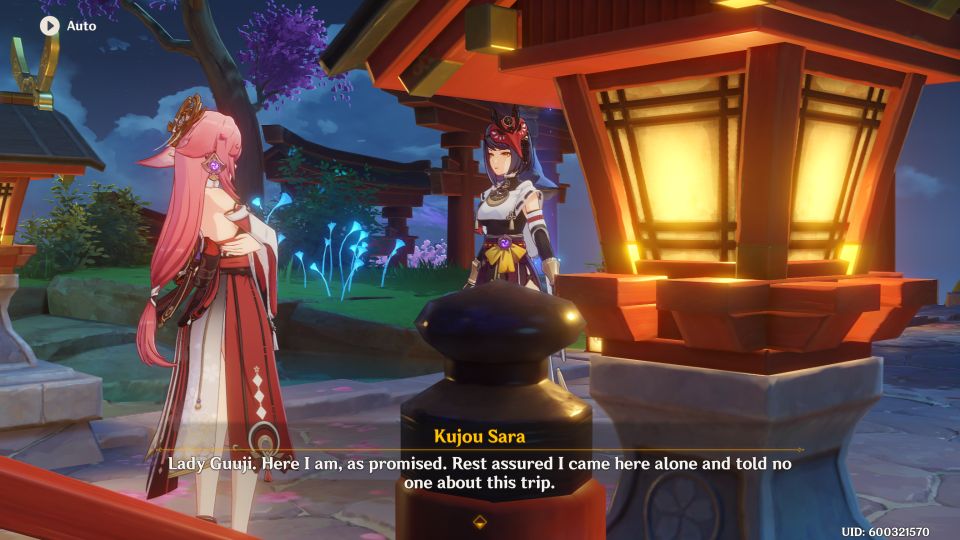 Then, head to the Tenryou Commission headquarters to catch up with Kujou Sara. 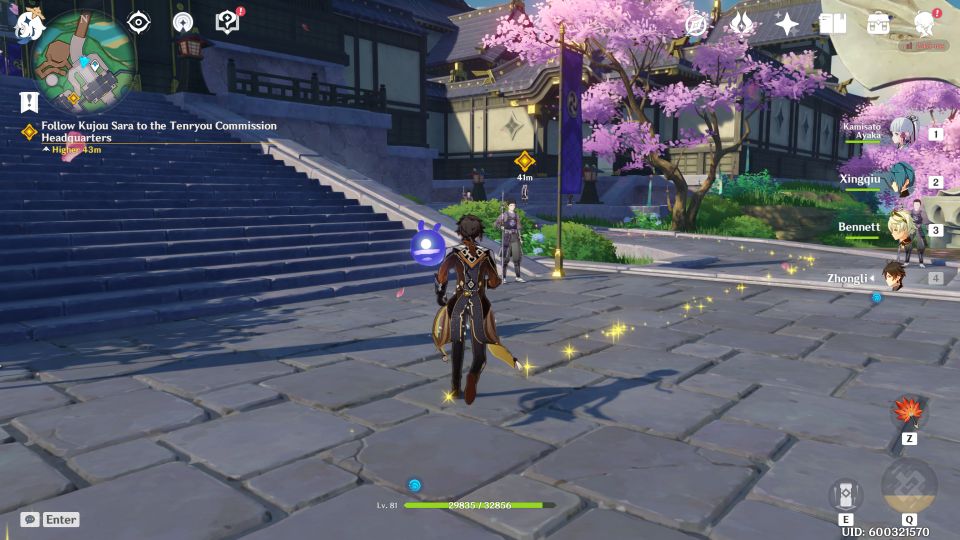 After following her, you’ll have to defeat three waves of guards. You’ll be allowed to use Sara as a trial character for this fight. 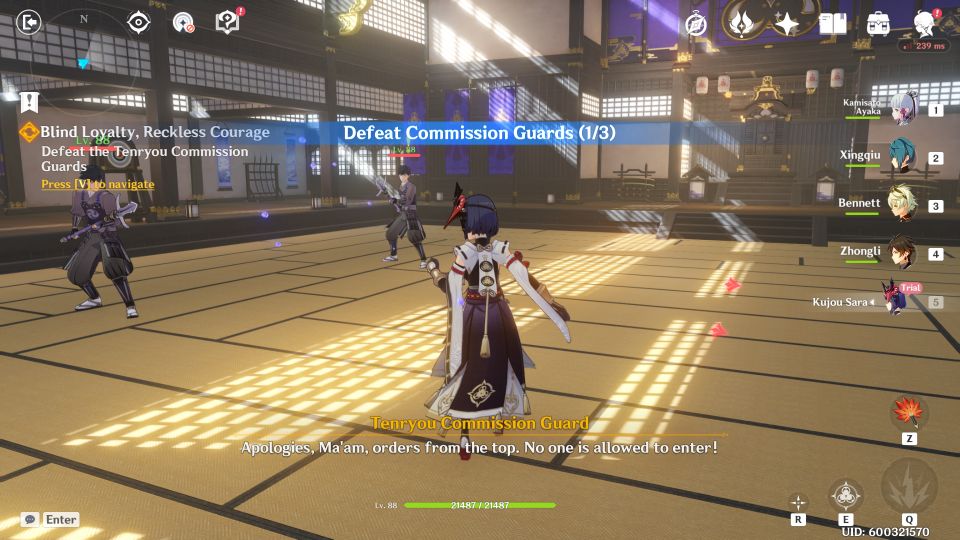 After the fight, Takayuki will admit that he has been liaising with the Fatui. 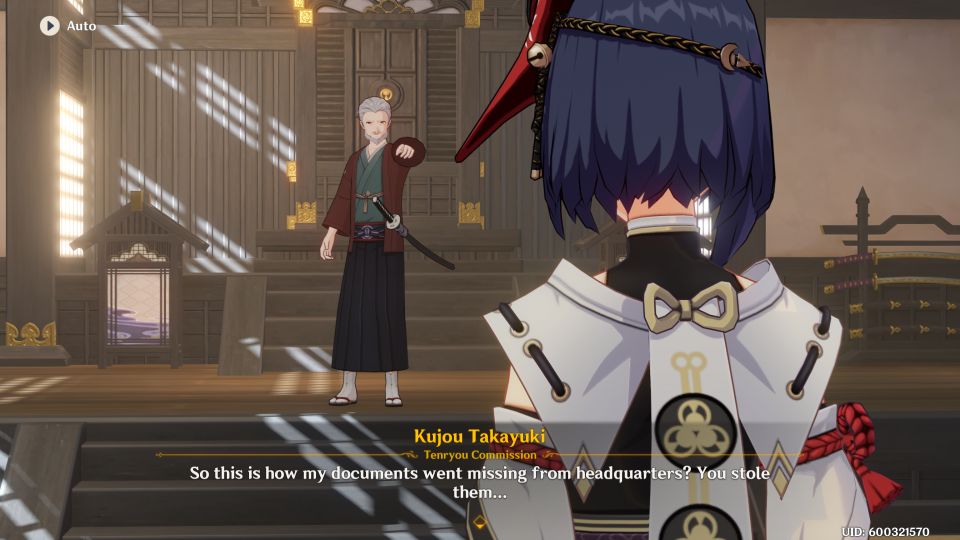 Next, follow Kujou Sara to the Tenshukaku where Raiden Shogun lives. 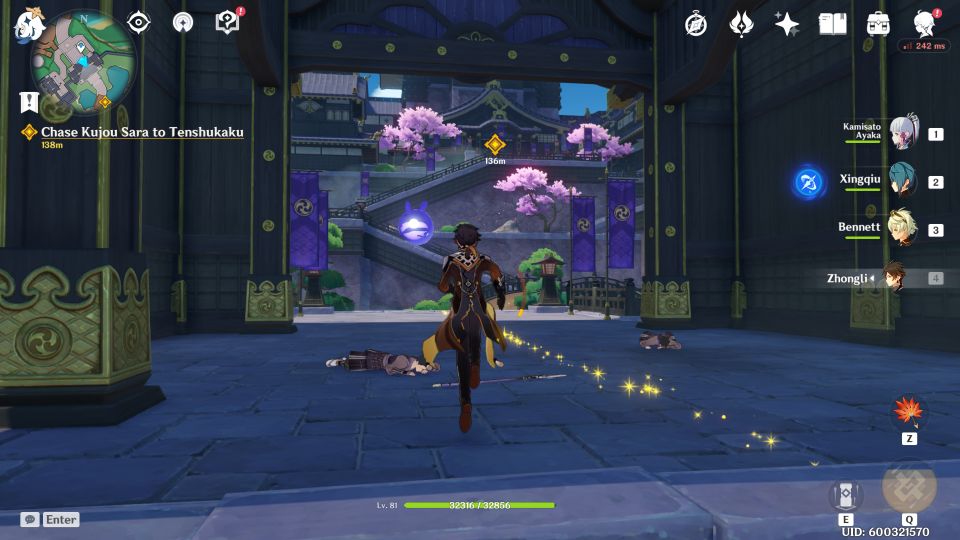 Inside, you’ll see Signora. Talk to her to proceed. Kujou Sara will be seen unconscious. 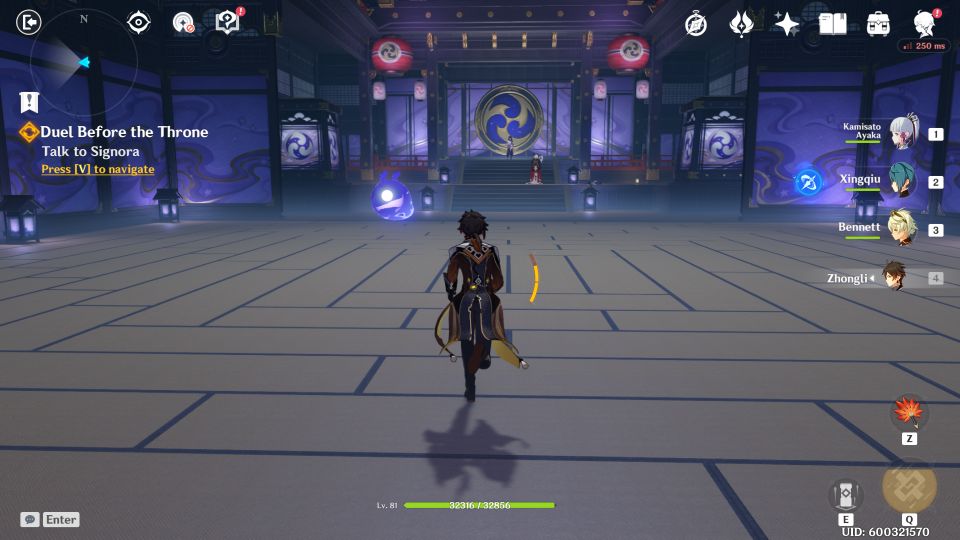 You will now have to defeat La Signora. She has two phases.

The first one is cryo. If you go near her, you will obtain cold status pretty quickly and will lose health gradually. 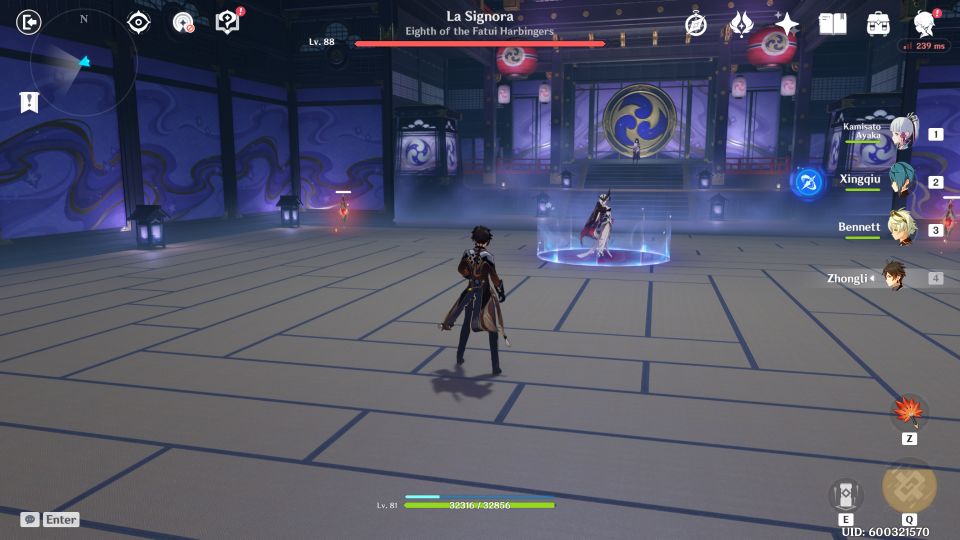 After lowering her HP, she’ll hide in a cryo shield. To destroy the cryo shield, try pyro attacks.

If you don’t have a pyro character, collect the pyro moths in the room. They will infuse your first attack with pyro. 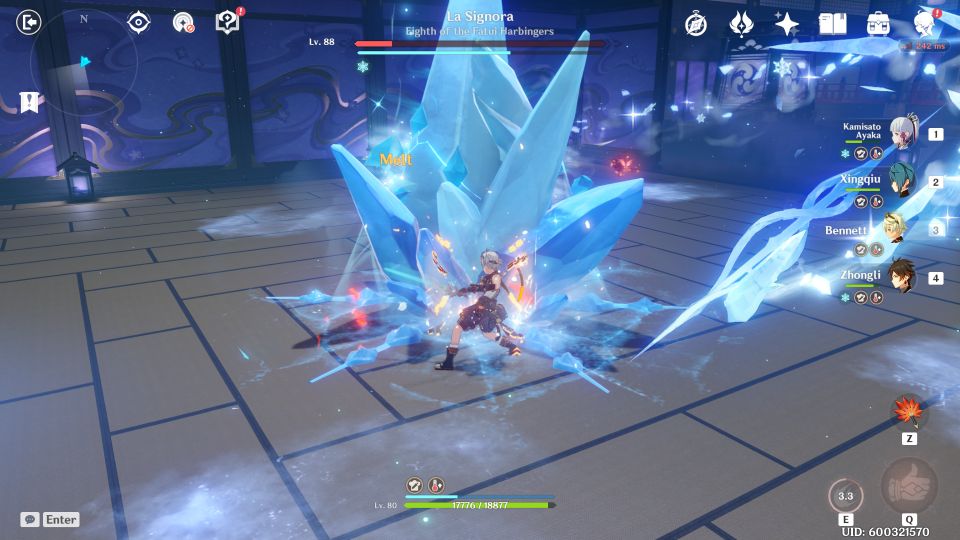 Once the shield is down, she’ll turn into pyro mode. This one’s quite straightforward. 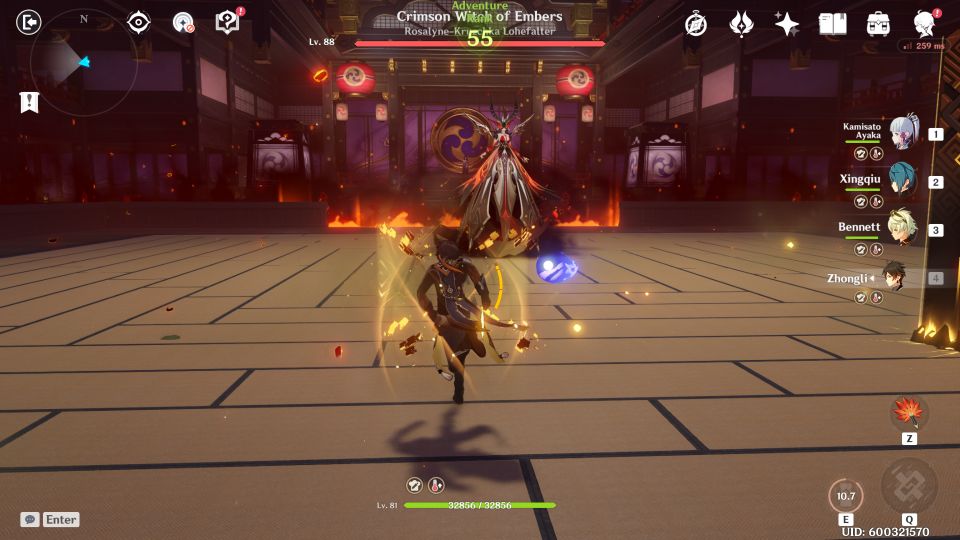 The quest ends after the cutscenes.