Ruin D-01 is one of the earliest ruins you’ll come across in Crown Mines in Tower of Fantasy.

Inside, you’ll need to solve puzzles and defeat the main boss Commander Habaka.

Here’s a walkthrough and guide of Ruin D-01 in Tower of Fantasy.

To begin, head to the ruin marked on the map just southwest of Parliament. 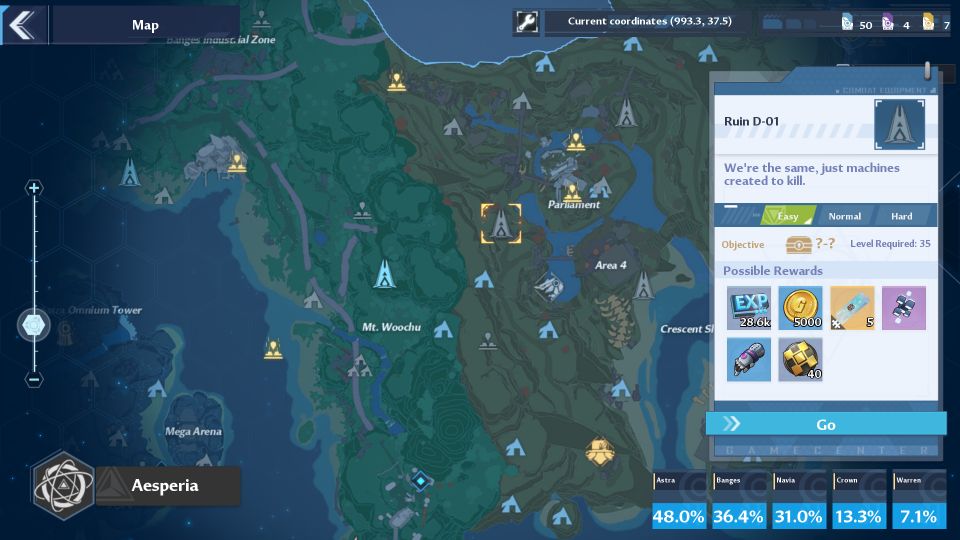 As soon as you enter, you’ll meet an NPC named Fufu who needs help getting Darkscale Ghost Spores. 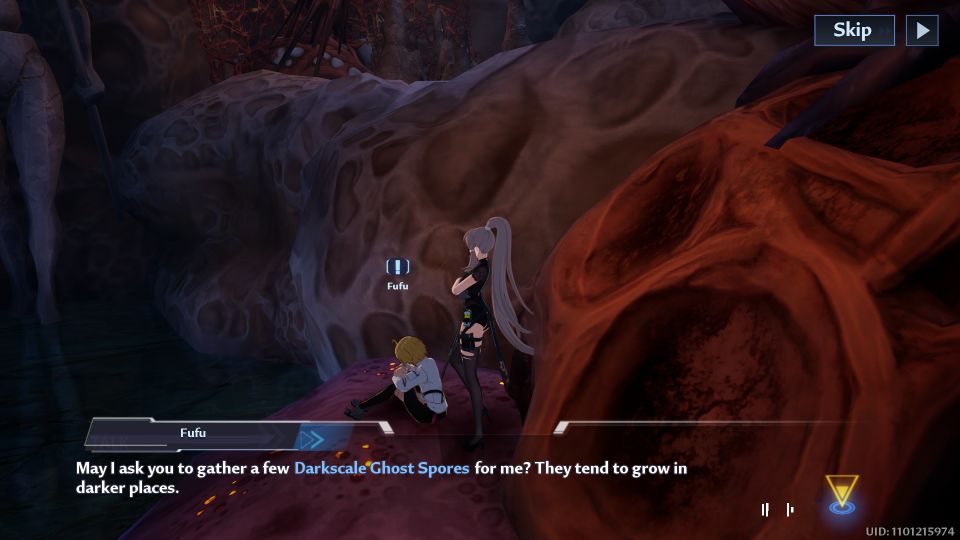 Continue ahead and you’ll have to defeat Aberrants, including 1 Aberrant Goliath. 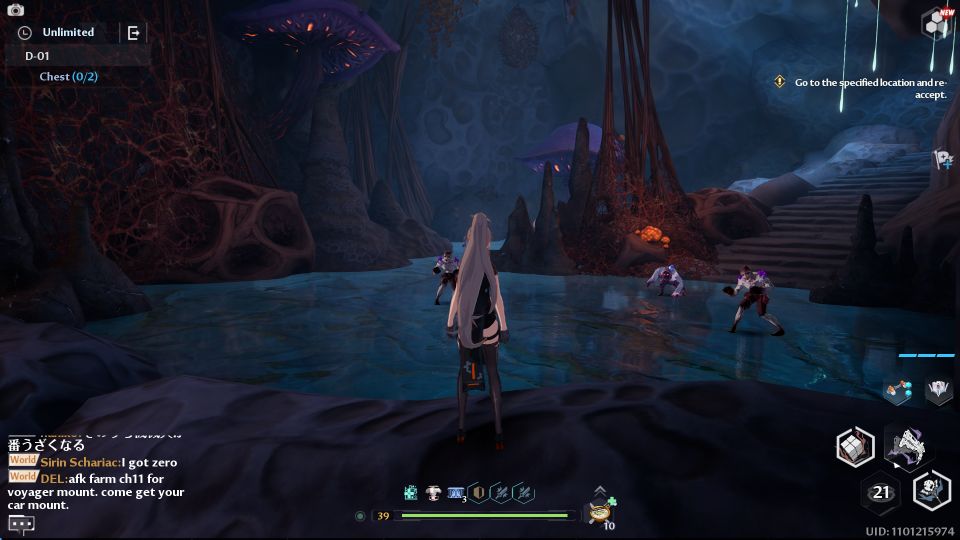 Near the Goliath, you should be able to find 3 Darkscale Ghost Spores. 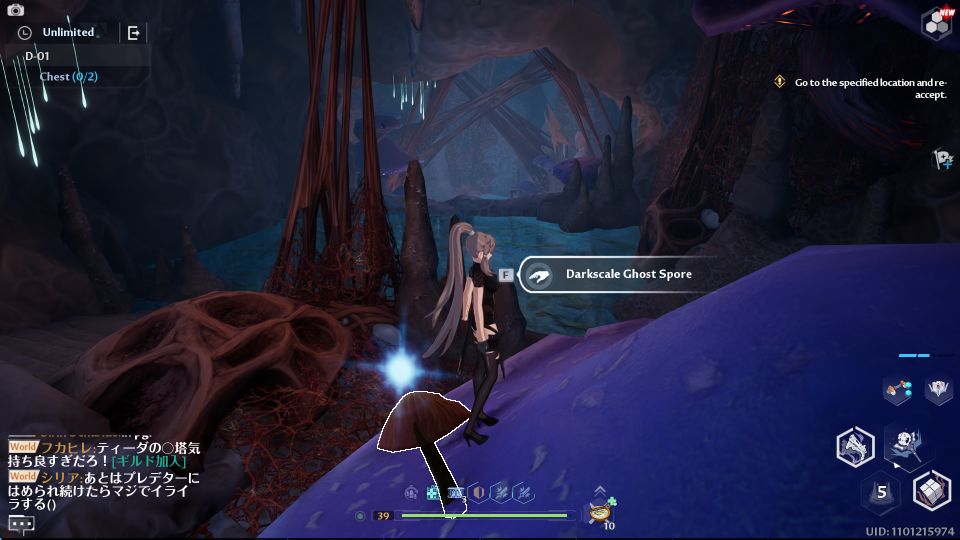 Bring the spores back to Fufu. He’ll tell you that he lost his recipe but you can keep it if you find it. 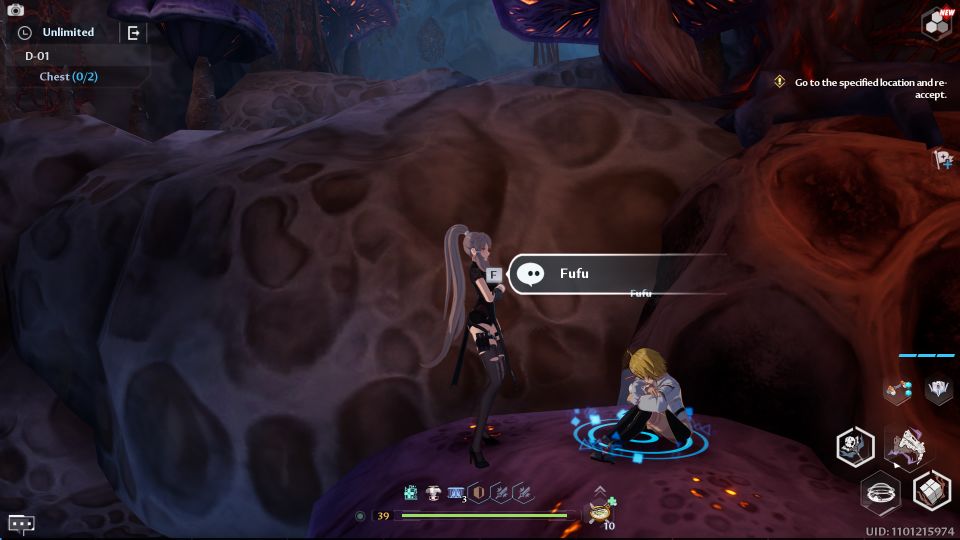 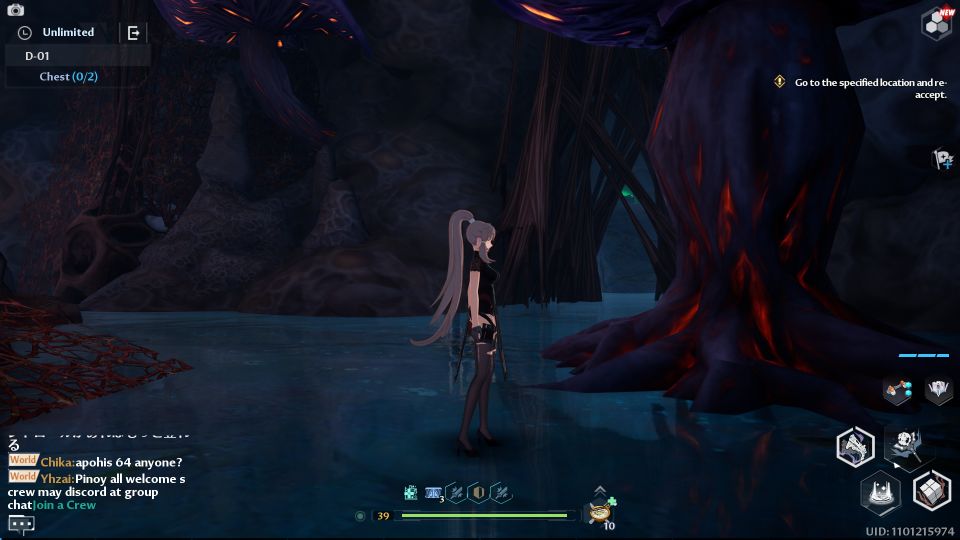 To get it, use your Omnium Handcannon to create a pillar. Climb the pillar and get to the chest. 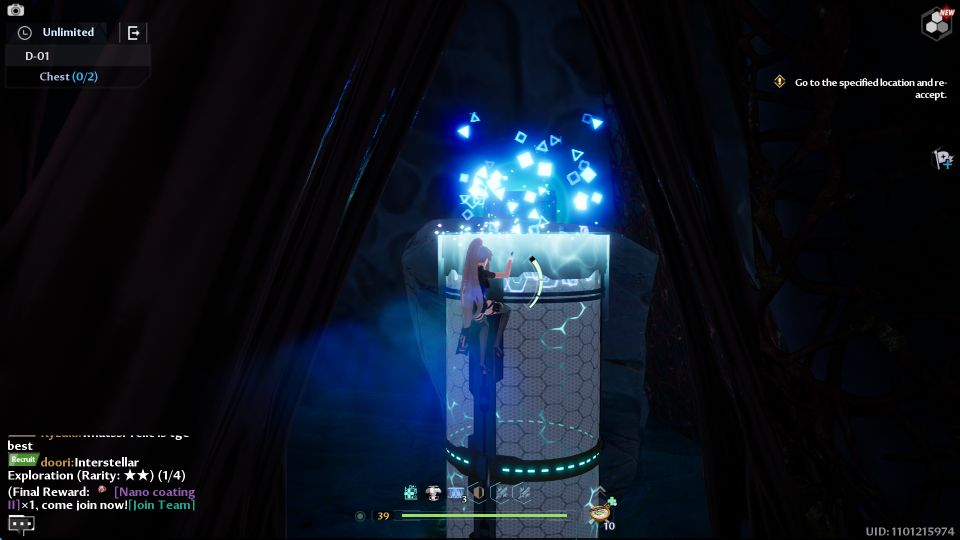 The second chest is in an obvious spot. Just follow the path and you’ll see it. 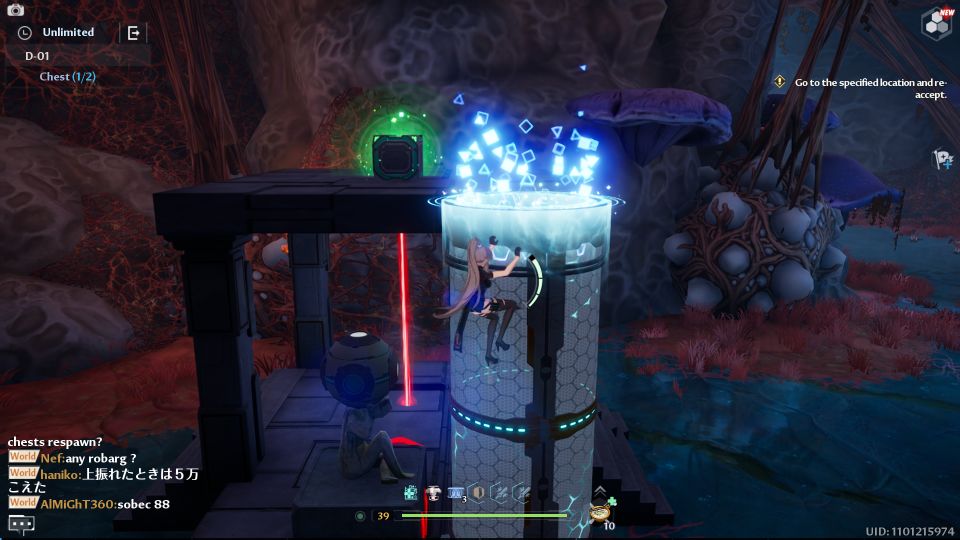 In the area where you see the laser puzzles, you will also see mushroom platforms that you can keep jumping on.

Go all the way up and you’ll see the lost recipe. 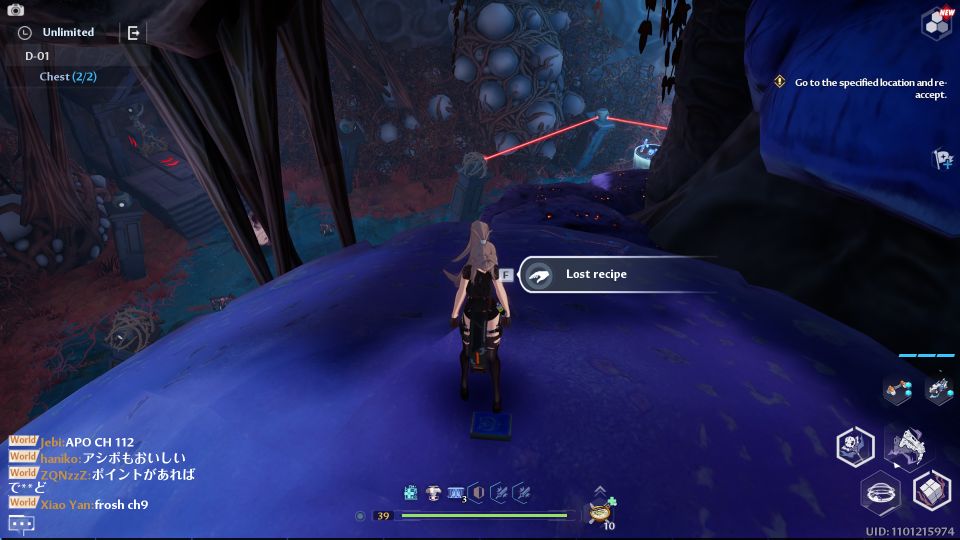 To get to the final boss, you need to solve the puzzles. There are 3 cubes you have to push to where the laser is.

The first one is the most direct.

Just use your character and press forward against the cube to push it. 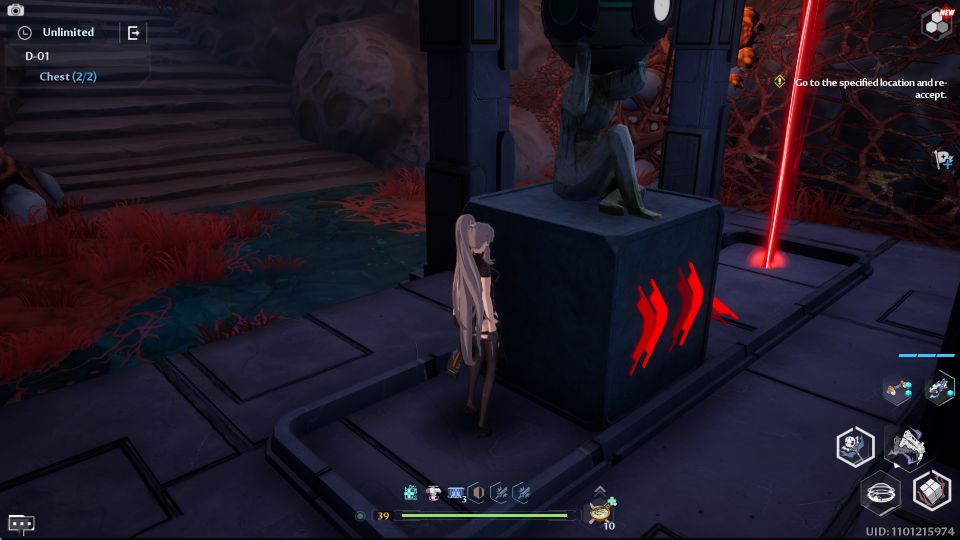 The next cube is behind Aberrants. Take them out. Destroy the vines with a fire attack and push the cube.

The reflectors on the pillars may also be blocked by vines. Use a fire attack to destroy the vines. 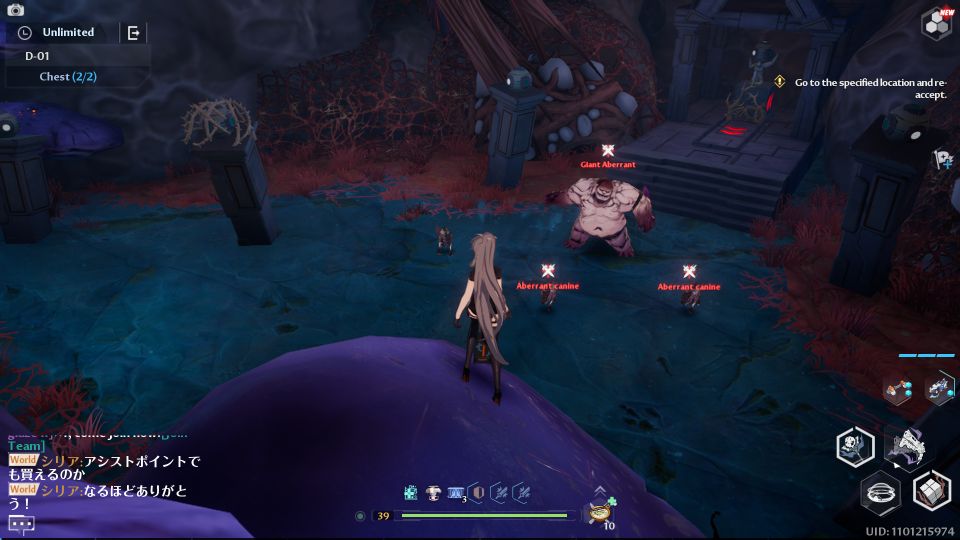 Then, head to the last cube and defeat the enemies. Push the cube and the puzzle is done. 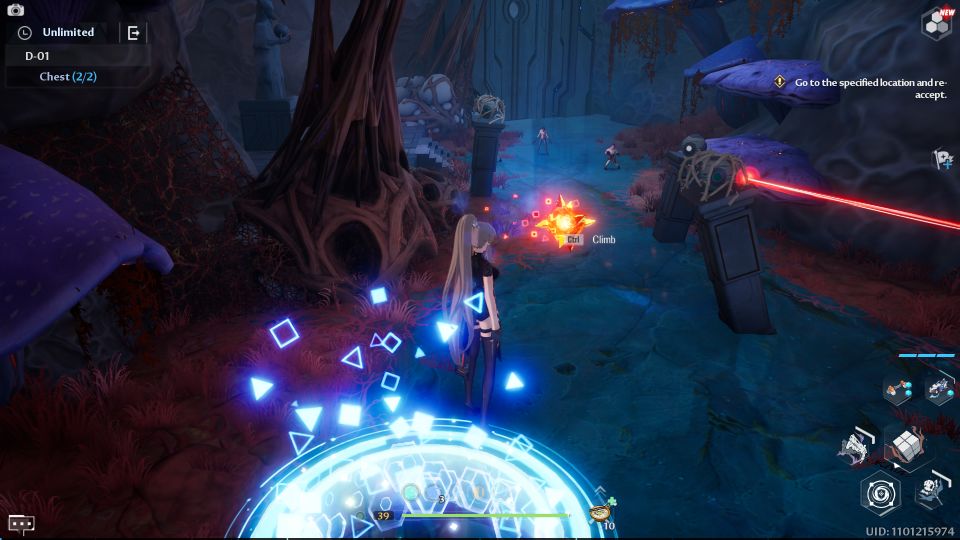 Commander Habaka is not a hard fight once you’ve figured out his moves.

The most painful move is where he jumps and you see a red circle on the ground indicating where he lands.

Don’t get caught inside it or you’ll get his combo attack which will reduce your HP by more than half.

Other than that, his moves are predictable and can be dodged. Maintain a distance and dodge his attacks and you’ll eventually win. 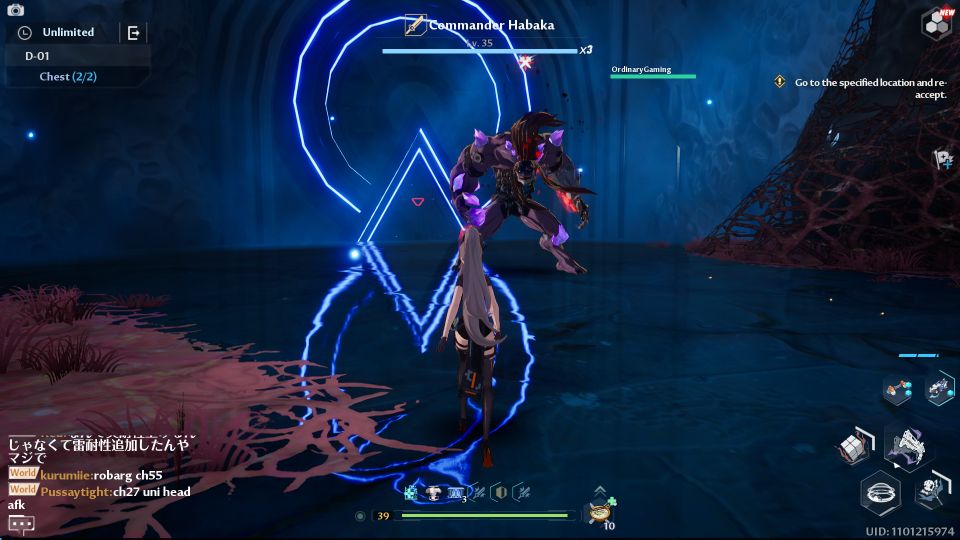 Leave the ruins to collect the rewards. 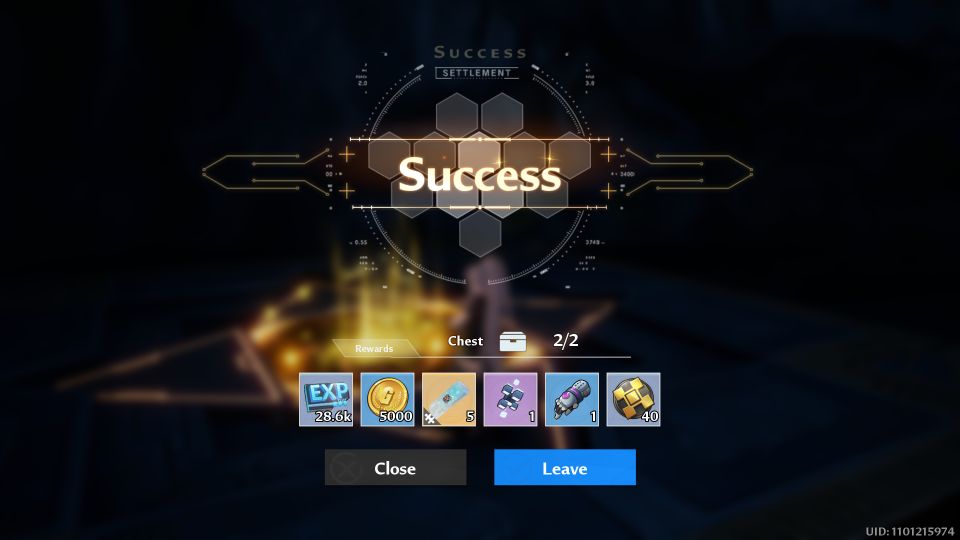 Tower Of Fantasy: How To Survive Against The Radiation In Warren