The fifth park in the remake of Tony Hawk’s Pro Skater 1 + 2 is the Downtown Park.

Here, you’ll need to complete a lot of goals, including collecting popcorn buckets, the Secret Tape and completing the Rooftop Gaps.

These are some tips and guide for the Downtown Park in THPS 1 + 2.

Below are the Goals for Downtown Park. 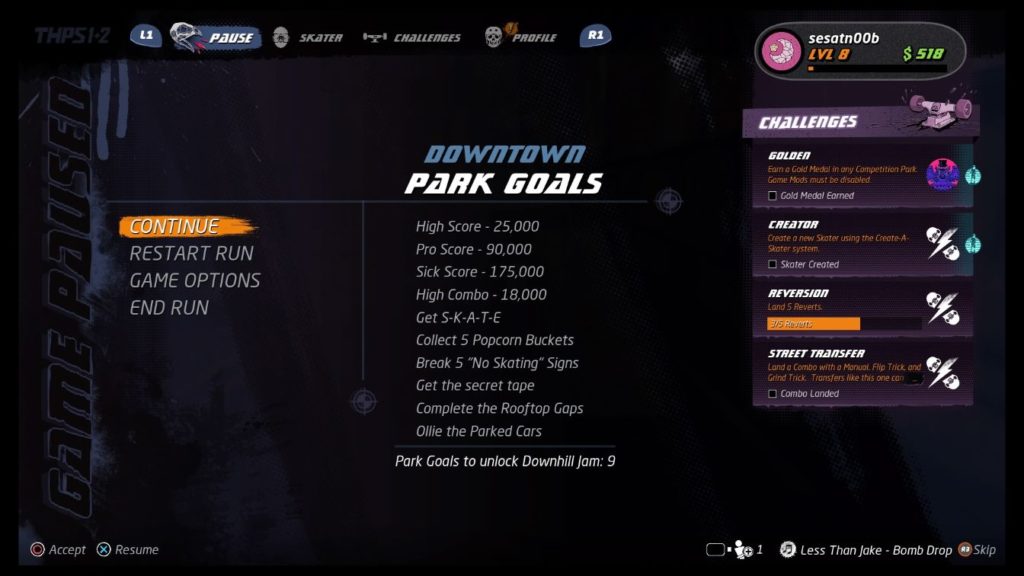 How to get four stat points

There are four stat points in total.

The first one is easily found as it’s located near the middle of the map (near some parking building). 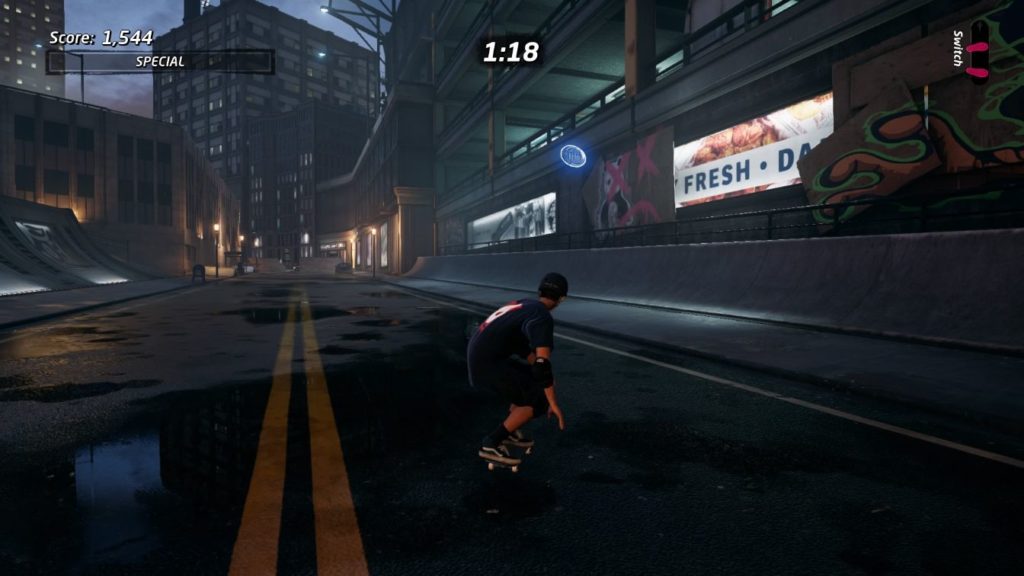 Another is located near the cinema.

The third one requires you to go to the rooftop. To reach the rooftop, you can use the lorry-ramp to get into the building and make your way up. 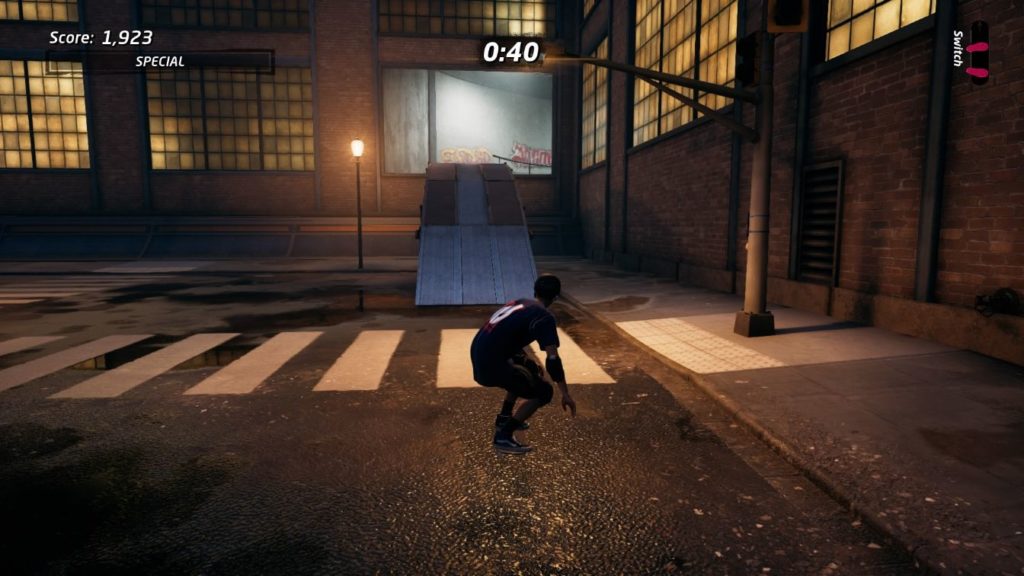 Once you’re on the rooftop, look for the next ramp to reach this ‘open space’. You’ll find the third stat point here. 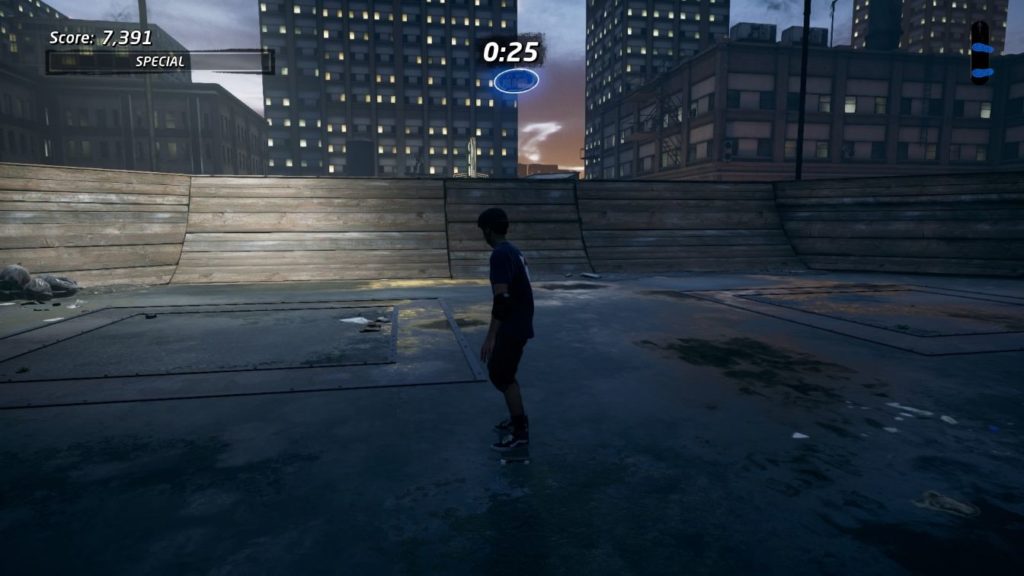 As for the last stat point, you need to jump from the ramp to the next building. The ramp is located at the same area where you find the third stat point.

To reach the next building, you should get into ‘Special Mode’ first to increase your speed.

As for the Secret Tape, you also need to go to the rooftop.

The Secret Tape is located on the same building as the fourth stat point mentioned earlier.

You have to get into ‘Special Mode’, build some speed and jump off the ramp to the next building.

You will get the Secret Tape as you land on the building. 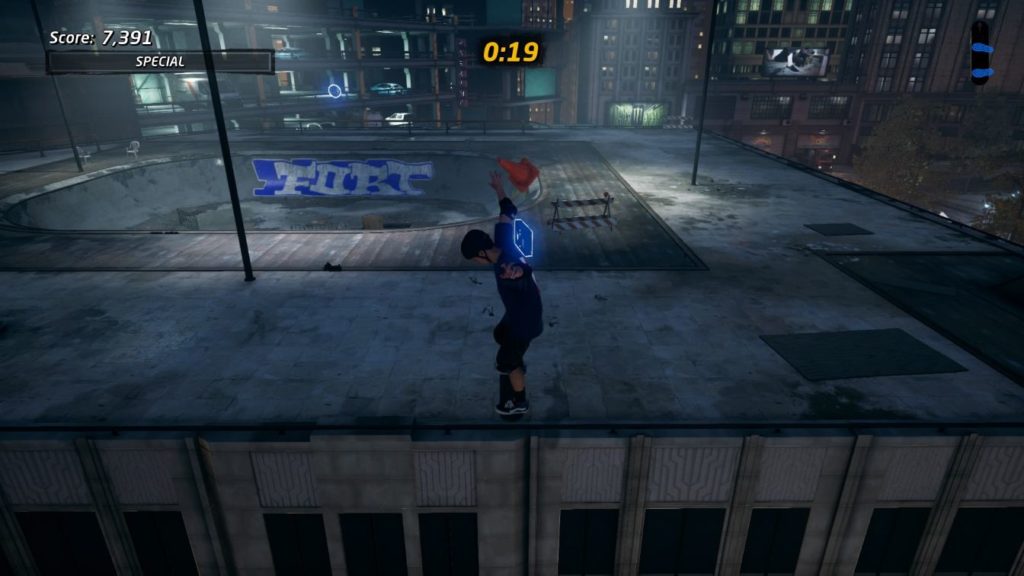 The first letter ‘S’ is near where you spawn.

To reach it, just Wallride to the higher platform and grind on the railing to get the ‘S’. 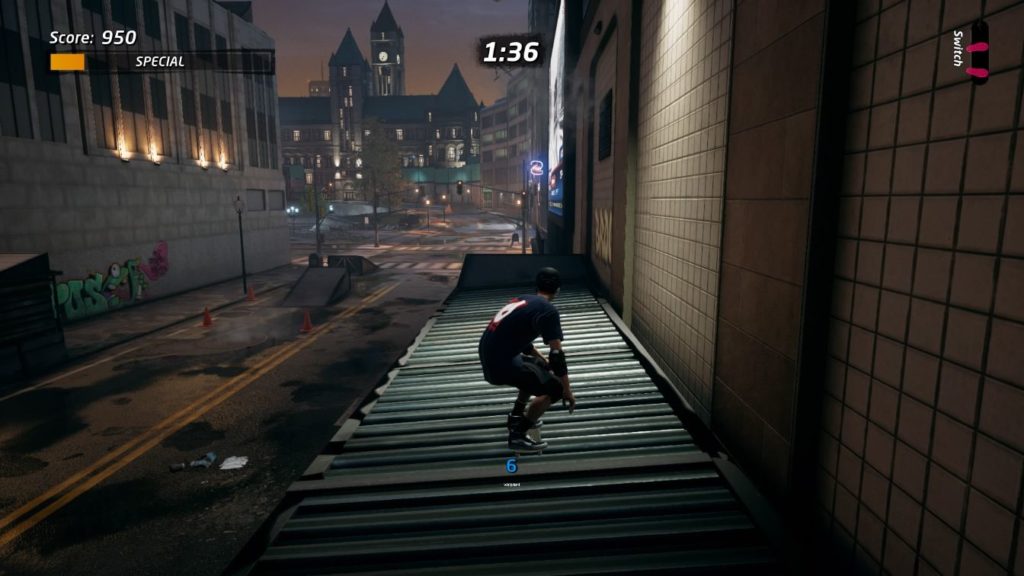 The letter ‘K’ is in the middle of the park, above the fountain. 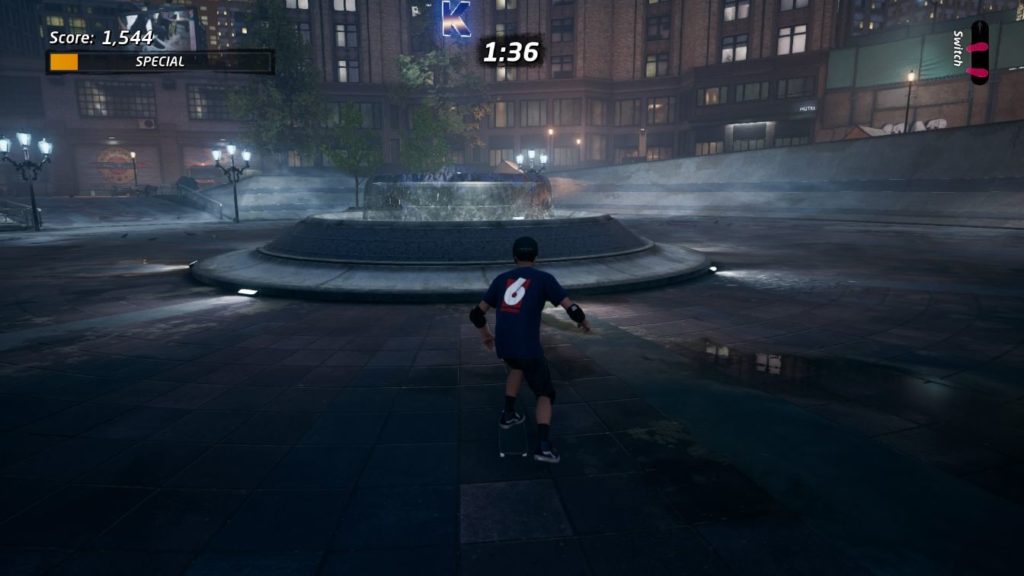 Next is the letter ‘A’ which is located near the cinema. You can see the cinema from here (image below). 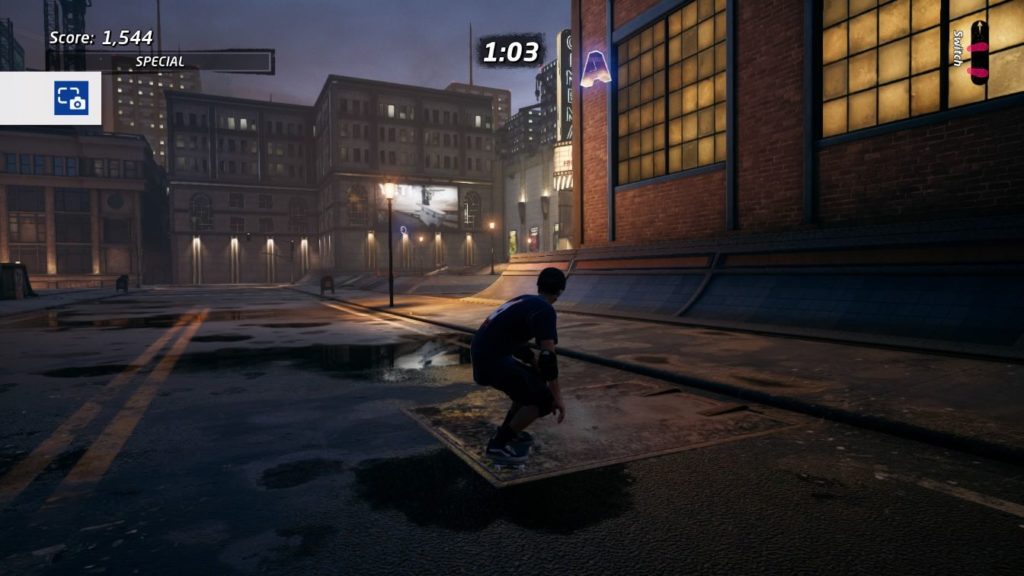 The letter ‘E’ is right above where you spawn. Just look behind after you spawn and jump using the ramp to reach the higher road.

From here, use the ramp to grind on the railing and you’ll get ‘E’. 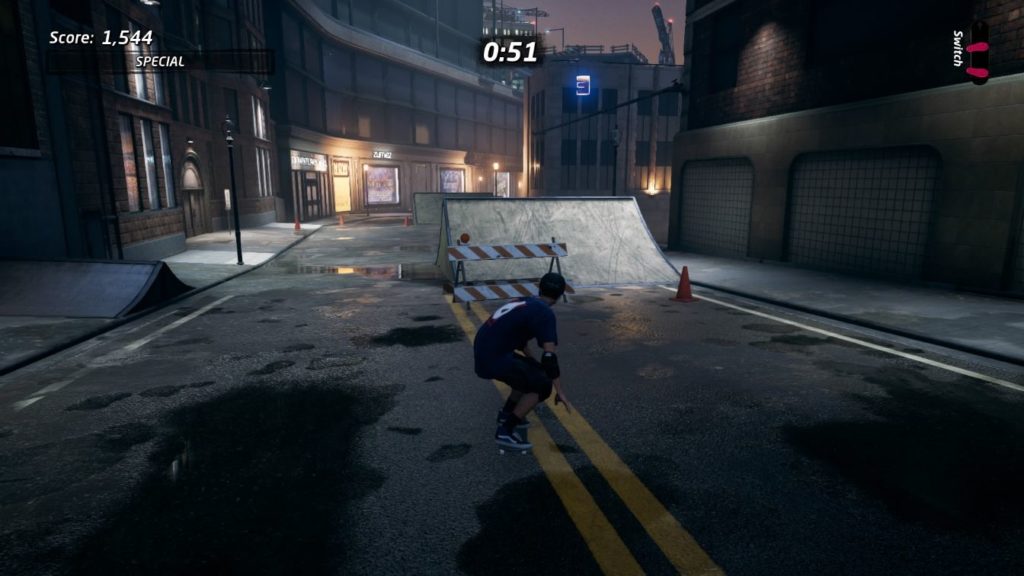 The letter ‘T’ is located near ‘E’. Look for the elevated walkway. You can either use the ramp to crash into the walkway, or you can use the lorry-ramp which is slightly longer. 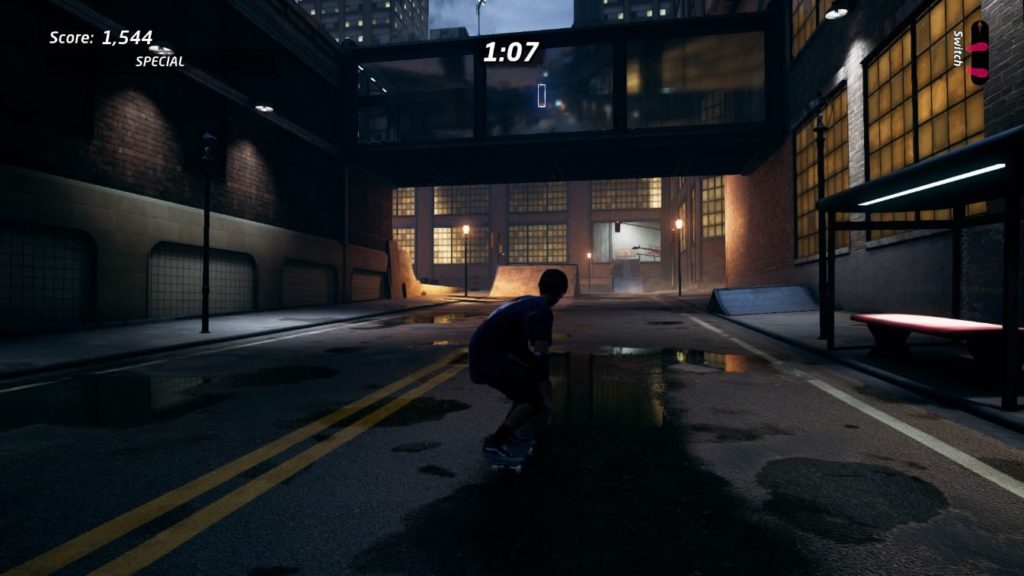 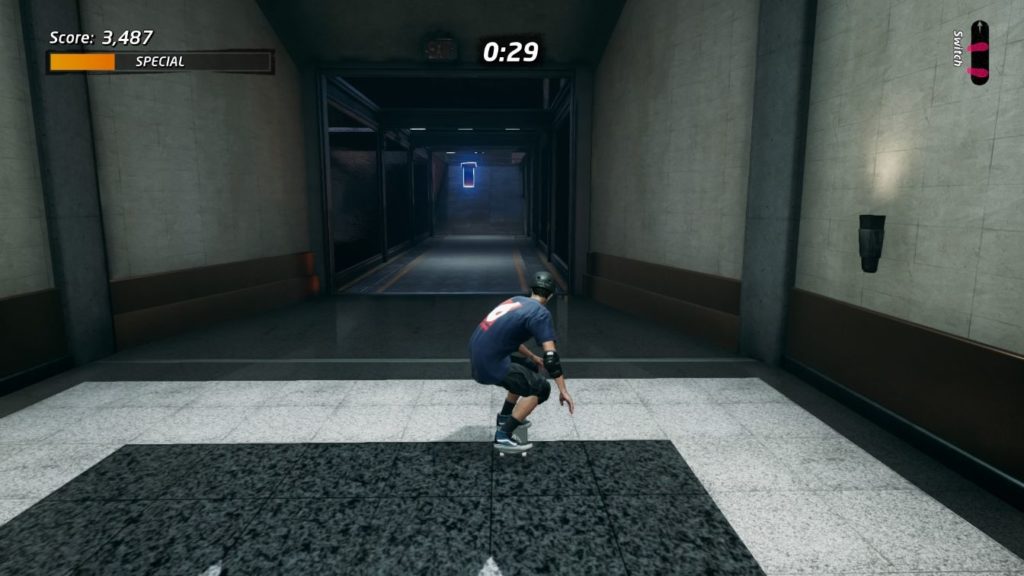 How to get the Vicarious Visions (V) symbol

The V symbol requires you to go to the rooftop again.

Once you reach the rooftop, look around and you’ll see the V symbol above the elevated walkway.

You have to grind to reach it. 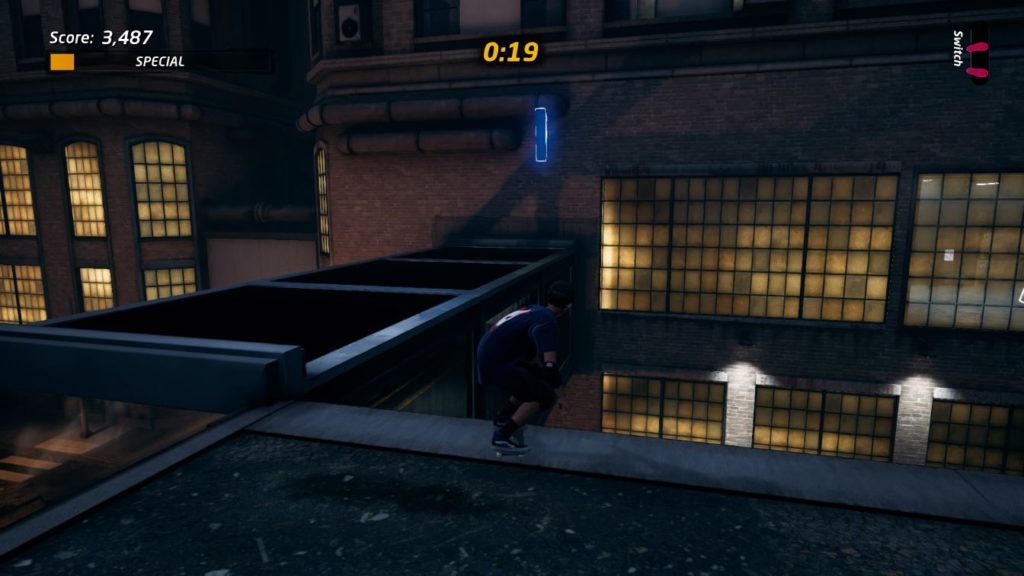 Location of all Popcorn Buckets

The first one is in the middle of the park. Just build enough speed and you can reach it mid-air.

Another one is on the rooftop. You will see this building as you reach the rooftop. Just break through the glass and get it.

The next one is nearby. You have to use the ramp on the rooftop and jump into the building to get the Popcorn Bucket.

As for the fourth one, you need to go to the cinema.

Break through the glass and you’ll see the Popcorn on the railings above you.

To get to it, Wallride and grind on the railing.

The last one is located above a Popcorn shop. Just Wallride and you’ll be able to jump on the platform to get it.

There are five “No Skating” signs.

Two of them can be found at the entrance to the park in the middle (where the fountain is).

Another is located in front of a door, behind where you spawn.

The fourth one is located at the entrance of the cinema.

Fifth signboard is on an elevated platform which looks like an outdoor cafe.

How to find all three Rooftop Gaps

The first Rooftop Gap is the building which contains a Popcorn Bucket. You have to use the ramp and jump into the building.

To get the second one, head back to the rooftop.

On the rooftop, go towards the other ramp and you’ll reach an open space. From the open space, there’s another ramp where you can jump to the next building.

You should complete the second Rooftop Gap after landing on the next building.

After completing the second Rooftop Gap, you should see another ramp. Jump off the ramp (towards the fountain) and grind on the railing to complete the third Rooftop Gap.