The sixth park in the remake of Tony Hawk’s Pro Skater 1 + 2 is the Downhill Jam.

Here, you’ll need to complete a lot of goals, including collecting the Secret Tape, finding Hard Hats and destroying valves.

These are some tips and guide for Downhill Jam in THPS 1 + 2.

The letters SKATE are quite easy to find.

The first one is located near where you spawn and it’s clearly visible. 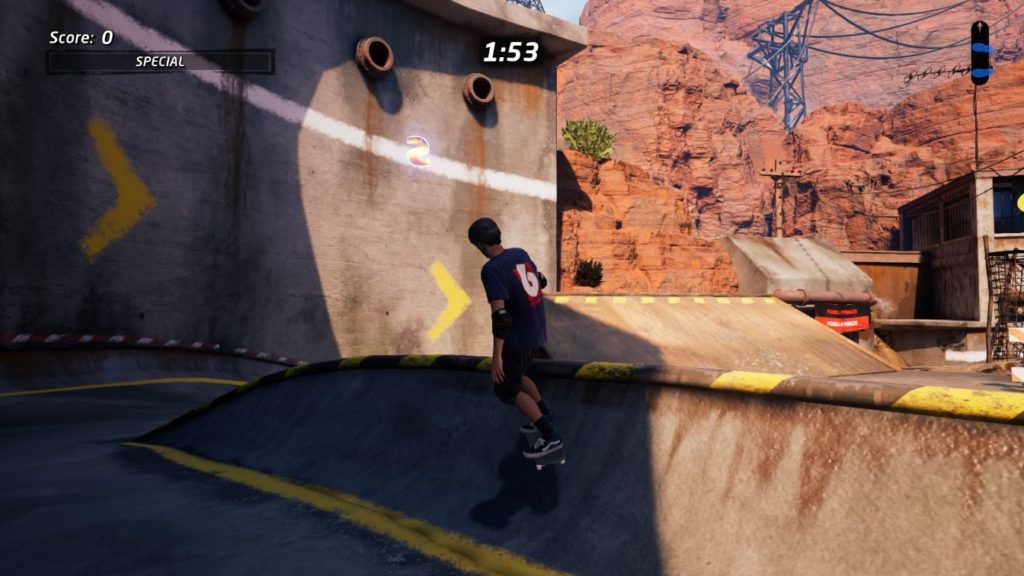 Letter ‘K’ is located further ahead on the railings. 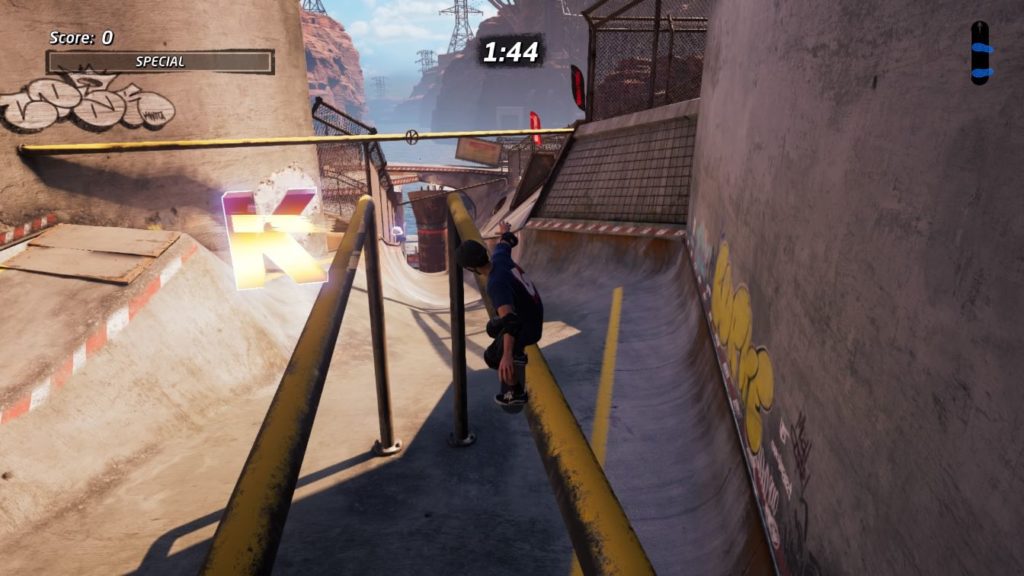 Right after taking ‘K’, you should see a pipe going from left to right in front of you (image above). The valve is on the pipe as well.

The letter ‘A’ is located up here. If you missed the pipe, you can always come up just by skating up. 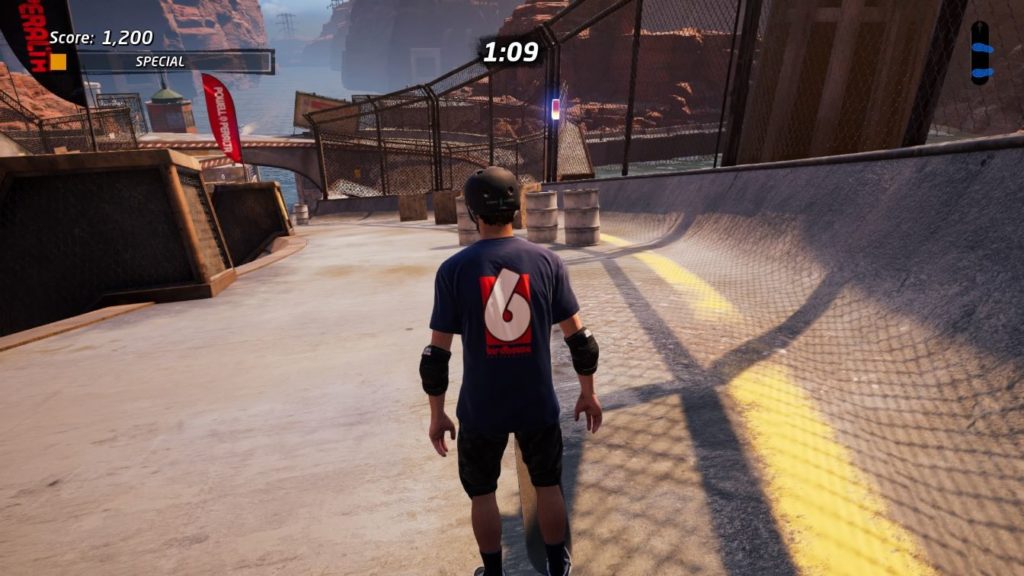 As for ‘T’, you just need to follow the road and you’ll see it. 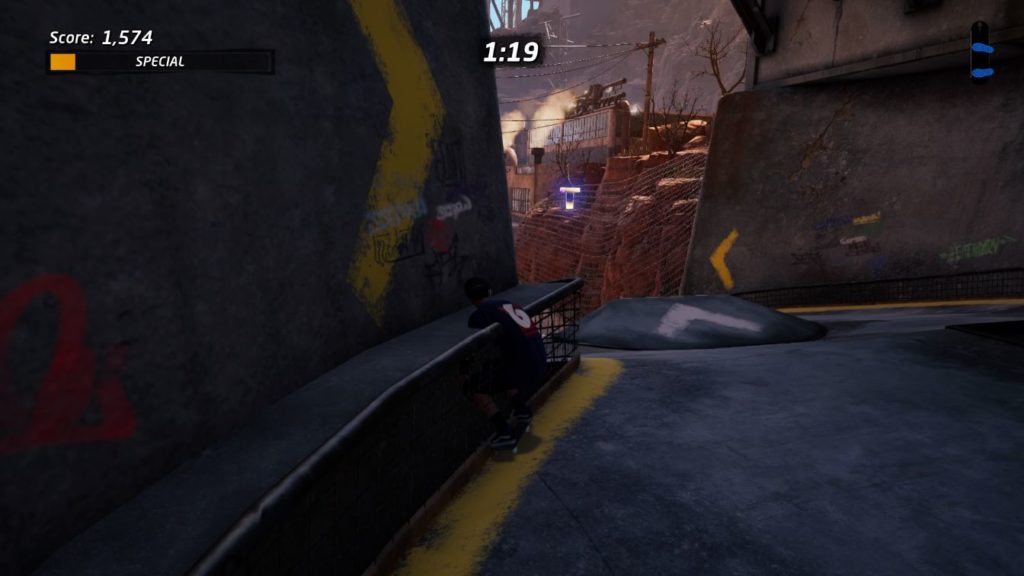 After taking ‘T’, you will see ‘E’ right in front of you. 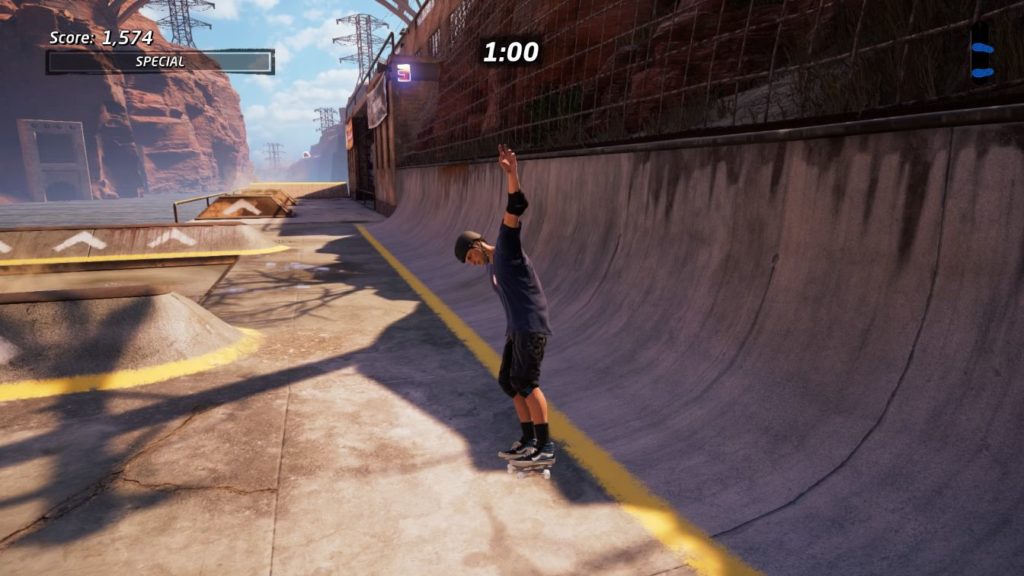 How to get all Hard Hats

There are five Hard Hats in Downhill Jam.

The first one is at the spawn point on your left. 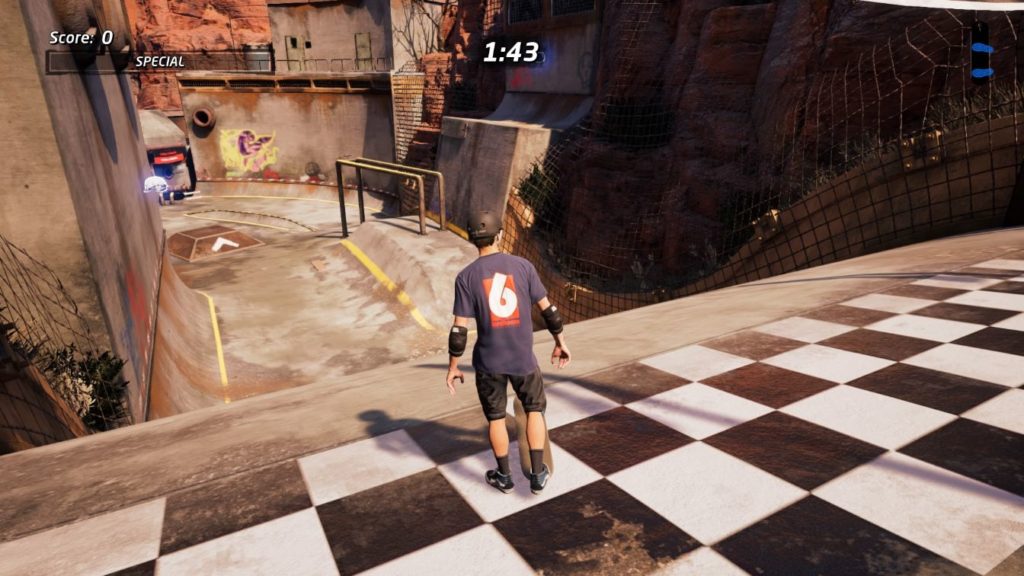 The next one is located further in but also along the way so you won’t miss it. 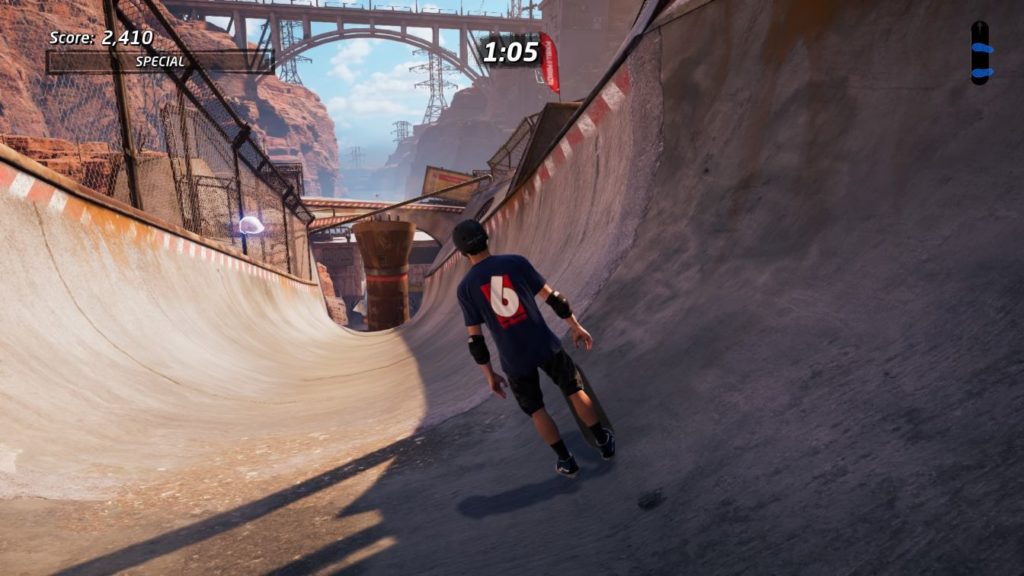 As for the third, you will see it on the announcement board. Just Wallride to get it. 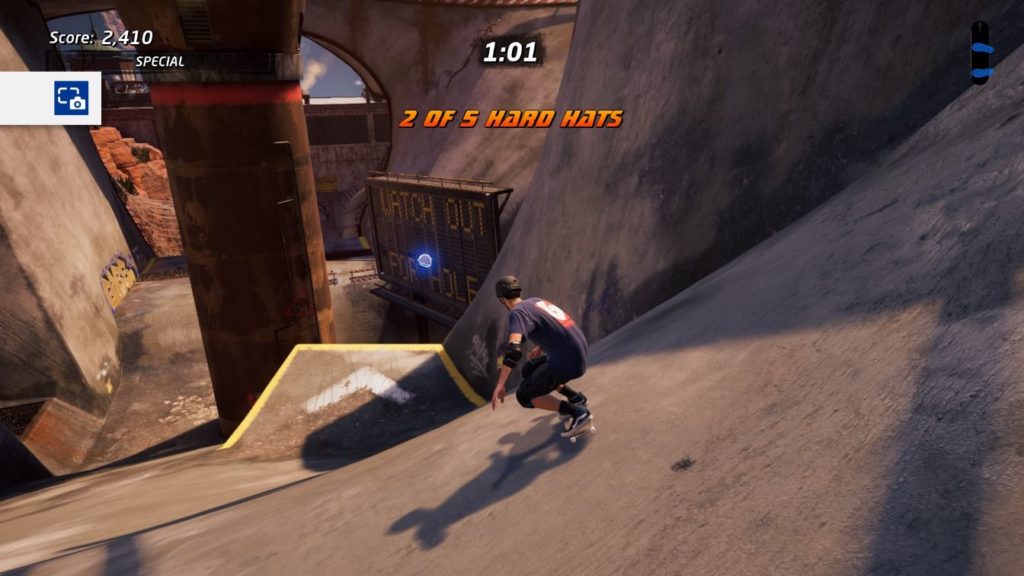 The fourth Hard Hat is towards the end (near Hydrophobic Gap). Also, it’s very visible. 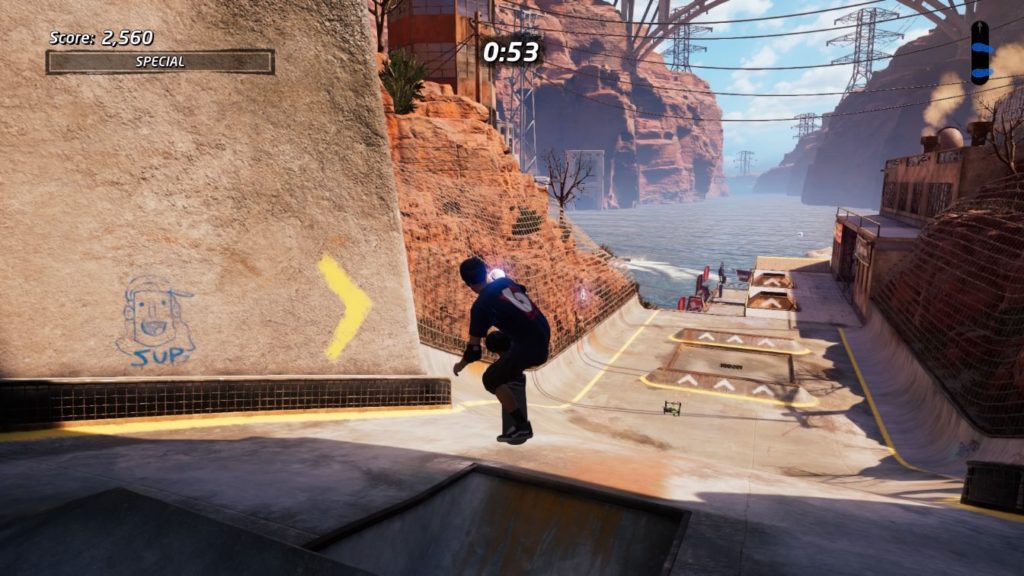 The fifth one is right at the end of the map, and you need to use the ramp to jump and get it. 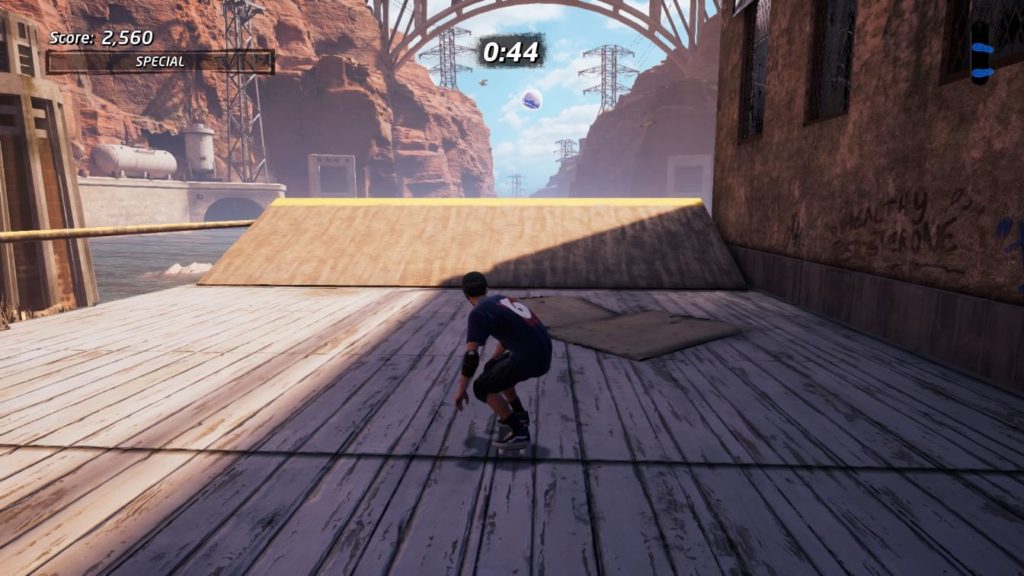 There are three stat points in total. The first one is the hardest to get.

In order to go all the way up there, you have to build speed. The best way is to get enough combos to reach ‘Special Mode’.

Use the half pipe opposite the stat point to gain some speed and then use the ramp to jump onto the upper platform. 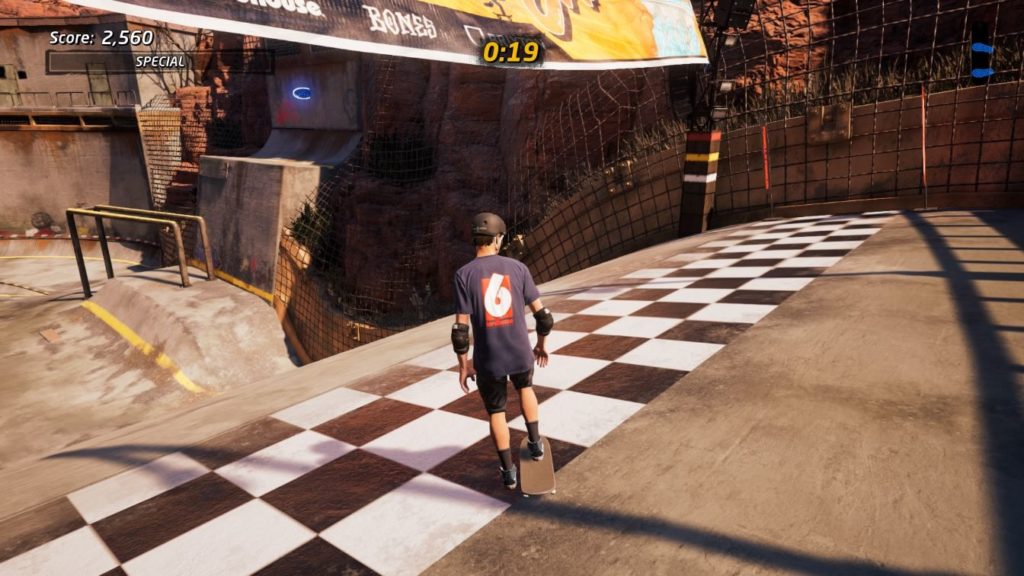 The second stat point is located further in. You should see it on your left. It’s before the Brixton banner. 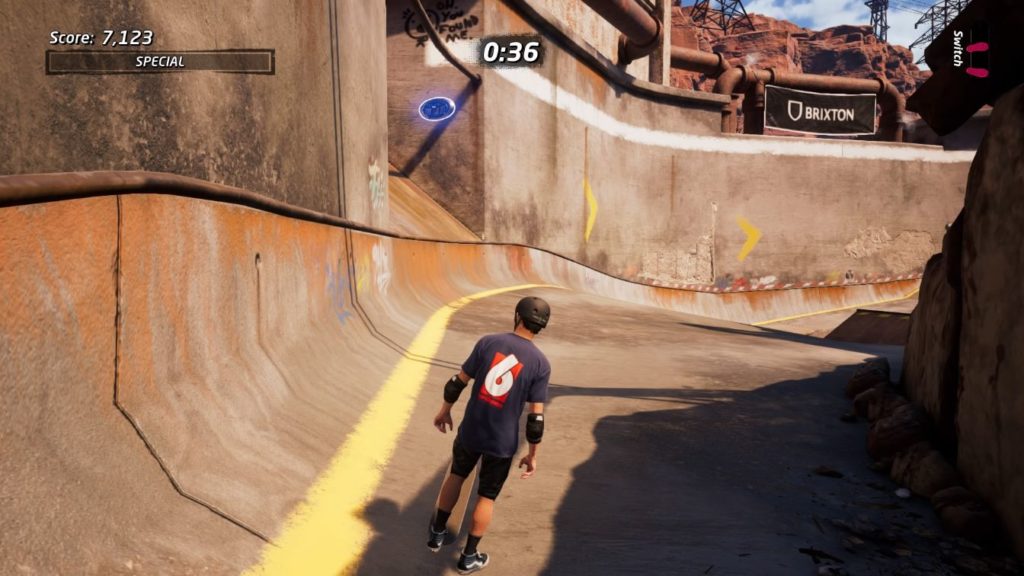 The last one is right beside the Hydrophobic Gap. 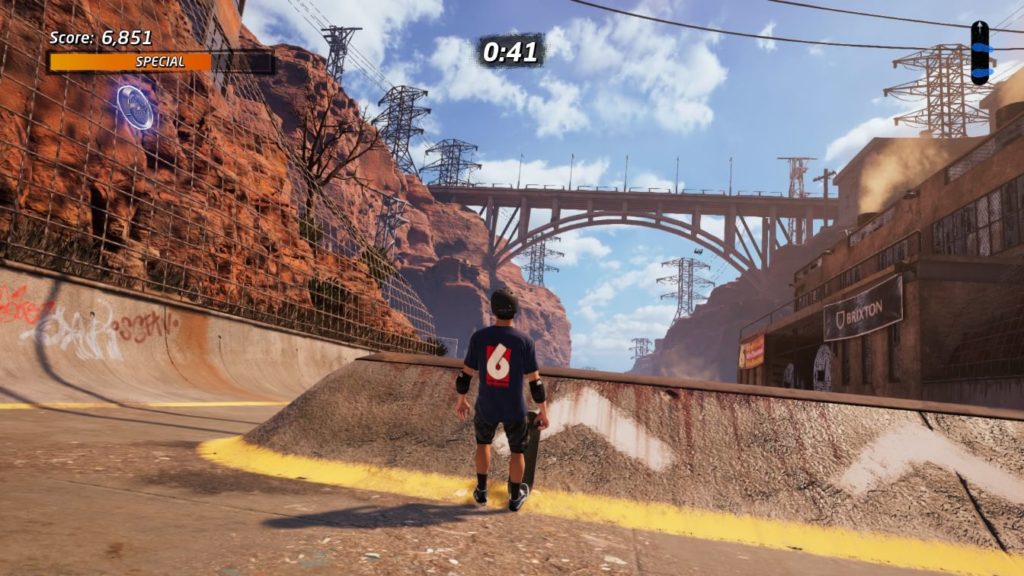 How to find all five valves

There are five valves you need to knock over in total.

The first one is at your spawn point.

Use the ramp to jump onto the high railing and destroy the valve. 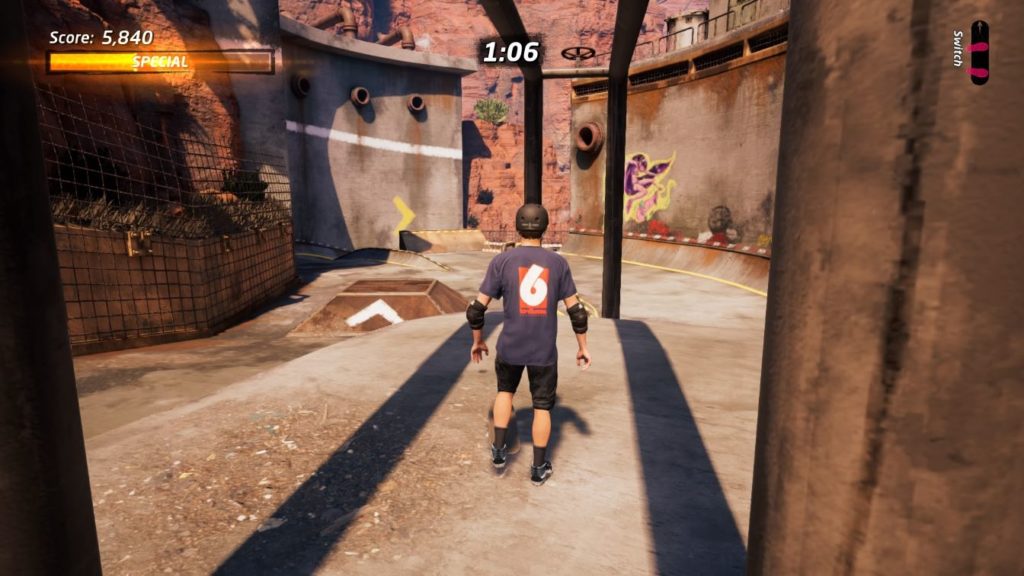 The second one is not far away. There are a couple of ramps near the Huge Water Hazard Gap. One of them has the valve. 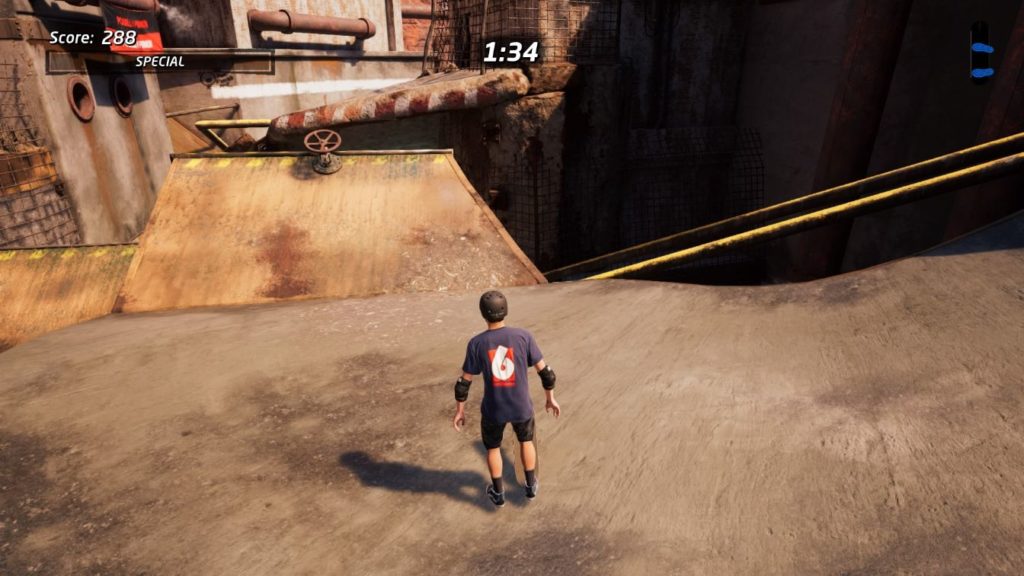 As for the third, look for this pipe going from left to right. You have to grind on the pipe to destroy the valve. 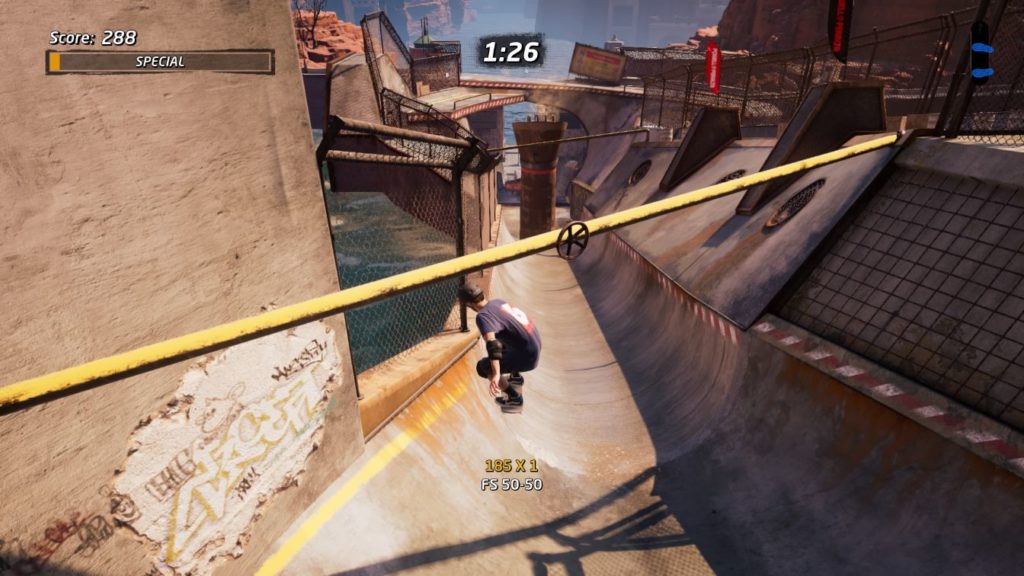 The fourth valve is located above the “Steer Clear” sign and to get there you need to jump really high.

If you fail, you just need to look behind the structure, and you’ll see this ramp.

Go up and the valve will be here (image below).

The fifth one is towards the end of the map, at the brick wall (downward slope).

How to find the Vicarious Visions (V) symbol

To get to the V symbol, you should look for this platform that connects to a pipe if you jump. Grind the pipe / railing to reach the other side.

From the other side, there’ll be another pipe towards the end.

Grind on it and you’ll reach some broken roads. Wallride to get across the gap.

You should then see the V symbol.

Just like the V symbol, you need to get to this upper platform and use the railing to cross over.

Once you’ve crossed over, you should notice the road going in a circle. Just follow the road.

You should build some speed first and towards the end, jump off the ramp to reach the Secret Tape.

The Huge Water Hazard Gap is located near the spawn point (the one with water pouring out).

You will need to use the railings.

Basically, you need to grind on the railings first and then jump doing a Madonna grab skill as you land.

The Hydrophobic Gap is the one in the image below.

Build enough speed, use the ramp and do an AirWalk (you need to reach the other ramp for it to count).