Similarly, you also get the map Streets which requires you to complete Goals to unlock the last map.

This includes finding the Secret Tape, the letters of SKATE, the Vicarious Visions (V) symbol and so on.

Here are some tips and guide for Streets in THPS 1 + 2.

Read also: How To Perform Every Gap In Streets

Below are the Goals for Streets. 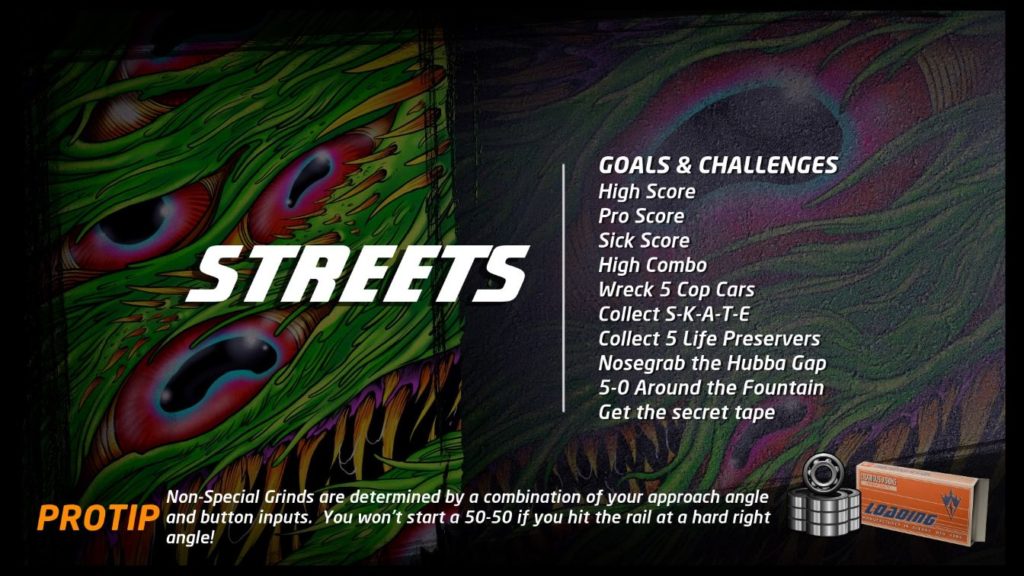 How to find all Life Preservers

There are five Life Preservers in total.

The first one is near the spawn point on your left. 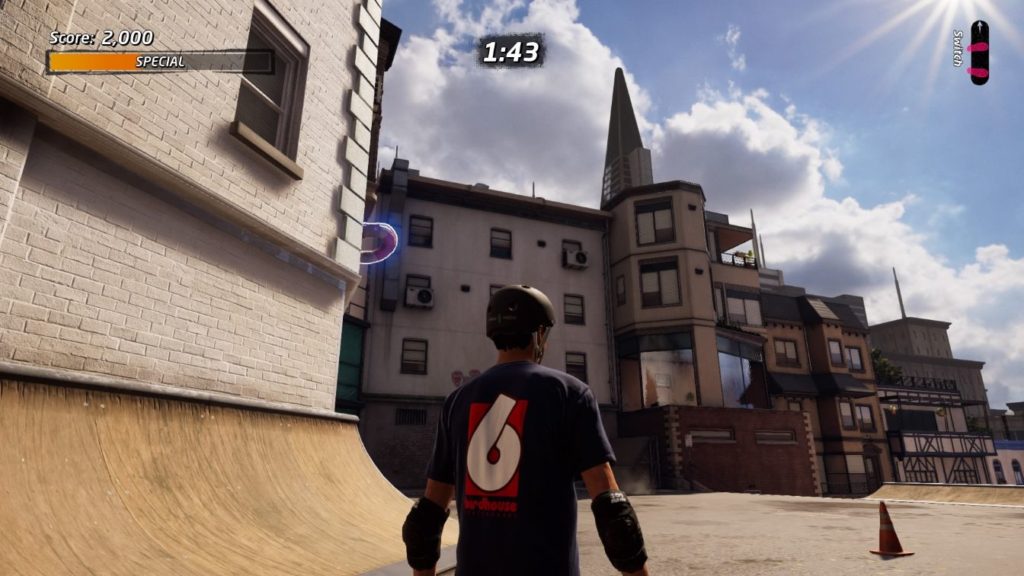 There is another Life Preserver at the side surrounding the park in the middle. It’s on the San Francisco building. 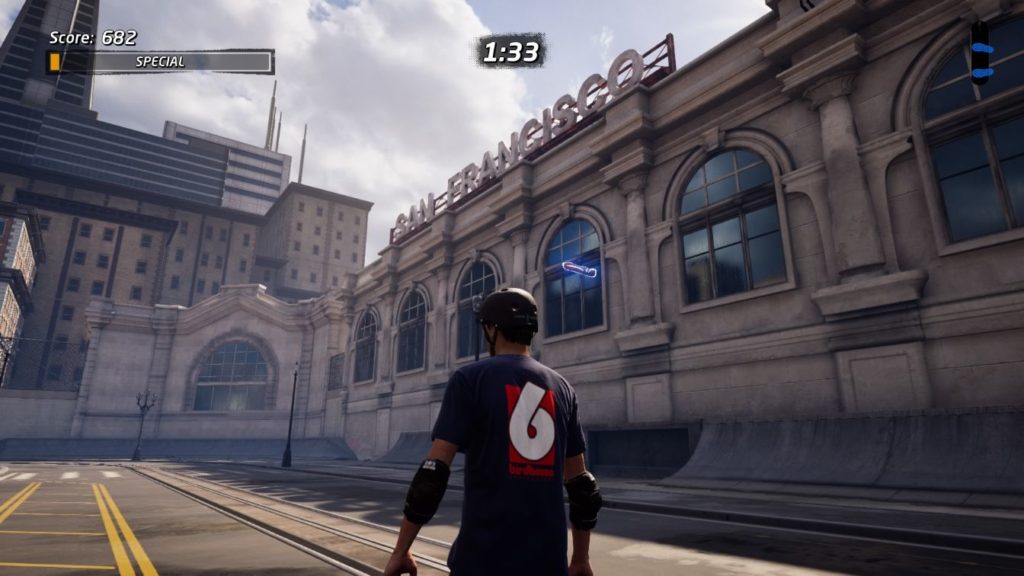 The third one is at the side of a building, near the letter “S”. 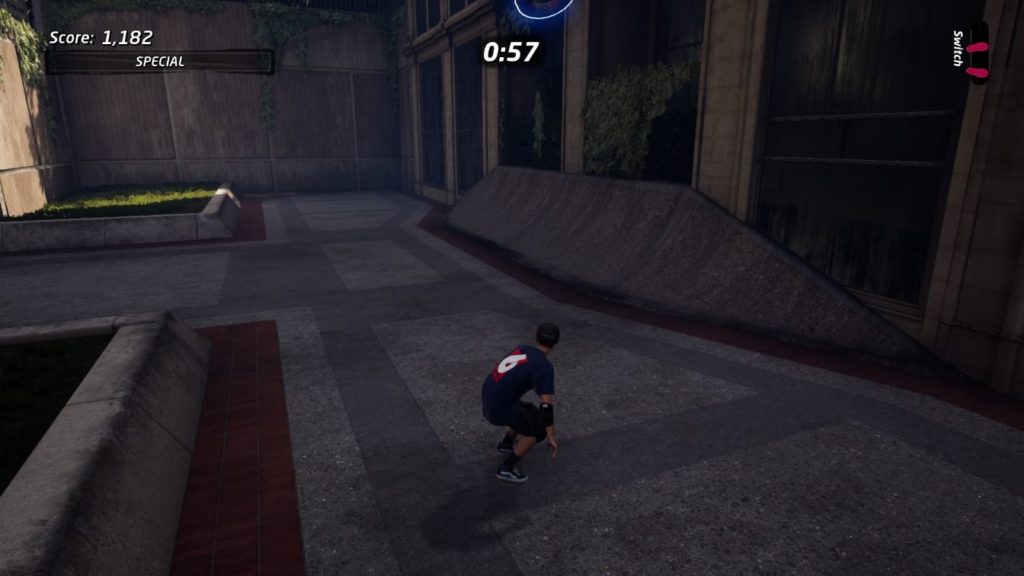 The fourth one is at the Dirtbusters shop. It’s at the Chinatown area. 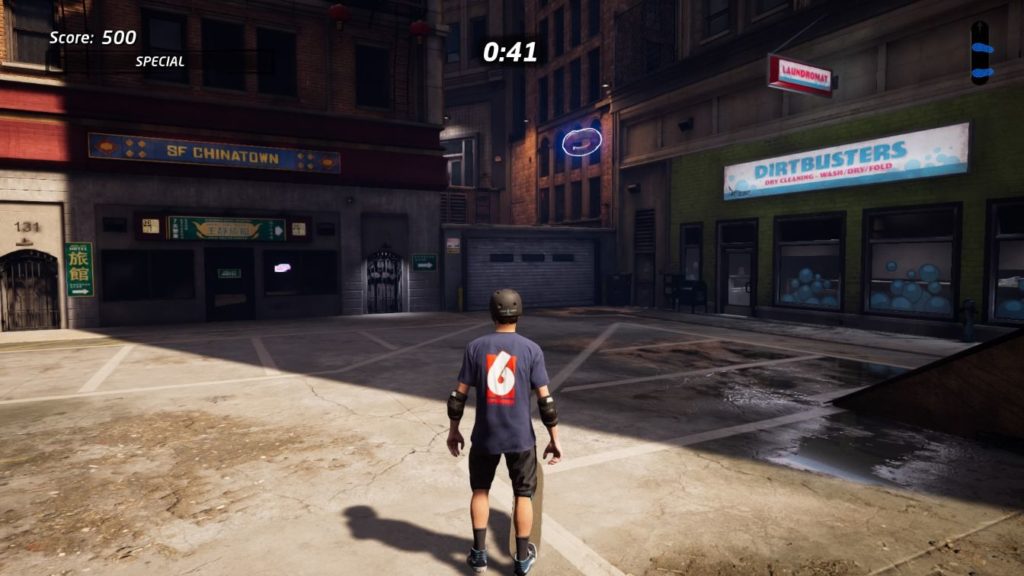 The last one is right in the middle of the park. Use the ramp to reach the middle platform.

How to find all stat points

There are four stat points if not mistaken. The first one is located at the spawn point (didn’t take a screenshot).

Another stat point is located above the half pipe, near the middle of the park. 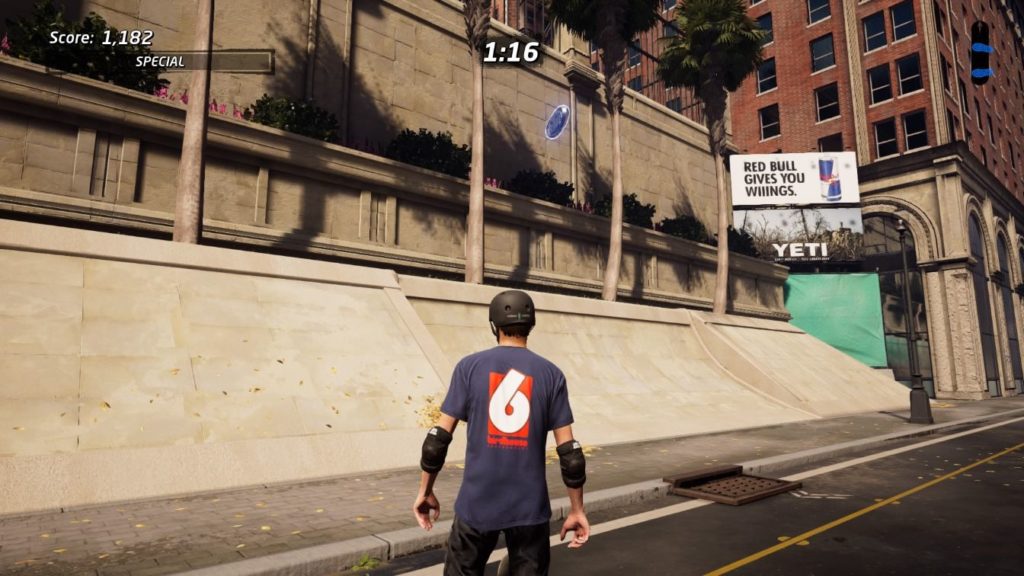 The third one is near the building where you can get the letter “S”. You have to use the half pipe to get it. 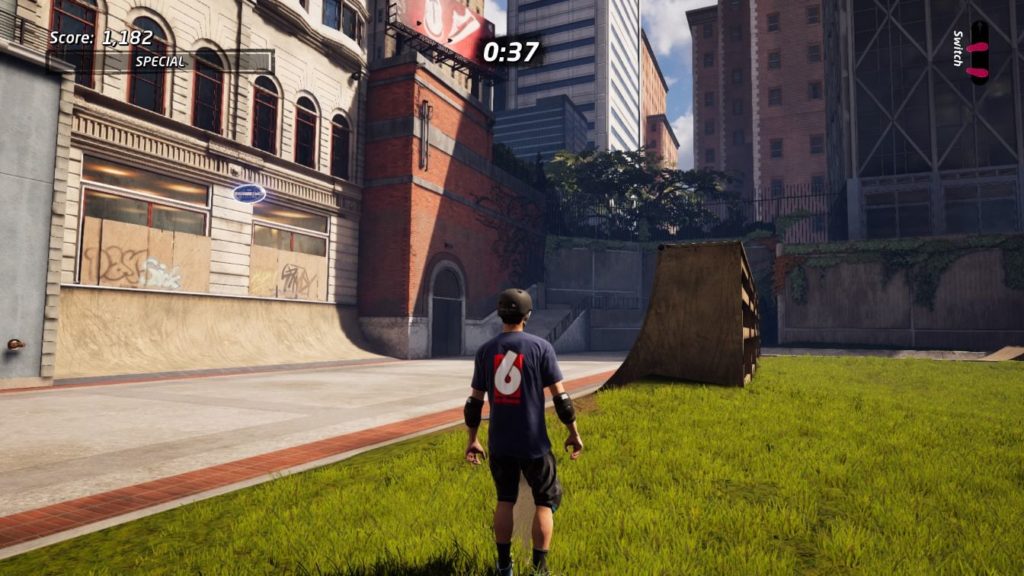 The fourth one is near the middle of the park as well. 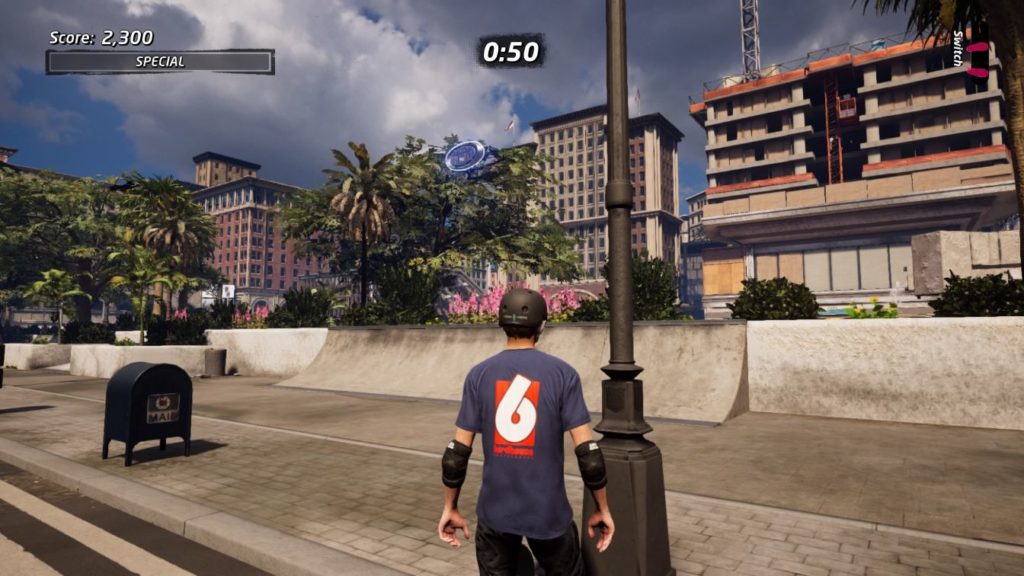 How to get the letters S-K-A-T-E

The letter “K” is nearest to the spawn point.

As you spawn, use the ramp towards your right and continue clinging onto the building on the right as you go downwards.

You will then see the letter “K” hidden behind the glass. Break through the glass to get the letter. 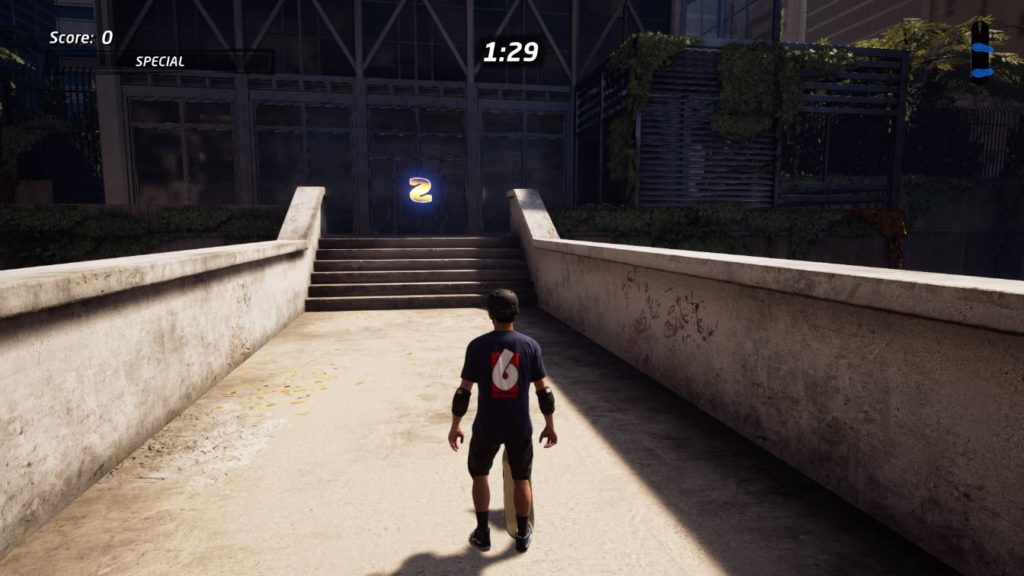 Next is the letter “S” which is the easiest to find.

It’s at the front door of a building and you can get there by using the stairs or by using the pathway on the left. 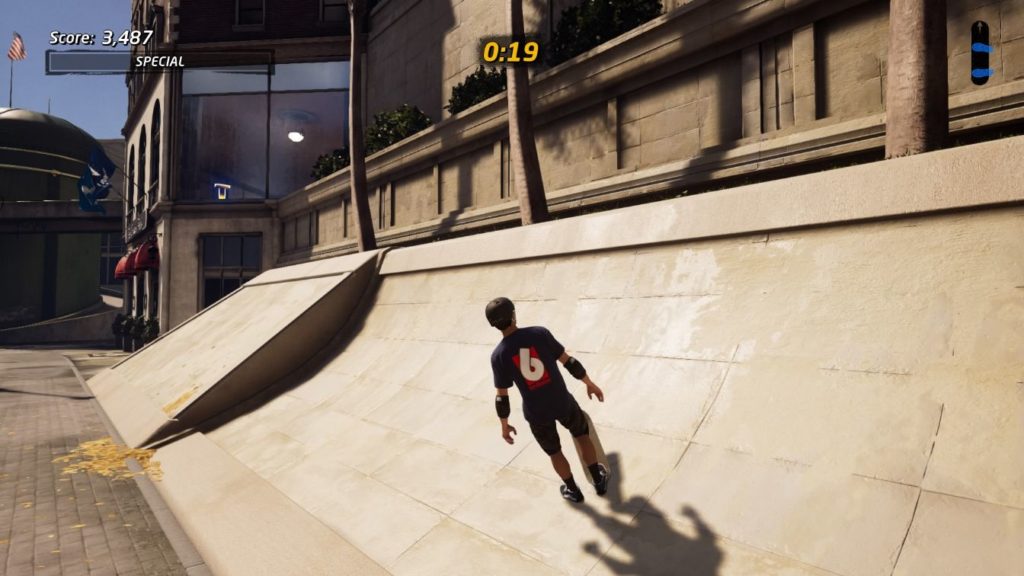 The letter “T” is hidden inside a building. It’s beside the small green building (Cable Car) with an American flag and a winding path going upwards.

To break into the building, use the ramp (image above) to jump up and grind until you break through the glass.

The letter “S” is hidden inside a building as well (image above). Use the ramp at the front to break through the glass.

You will find the letter “E” inside. 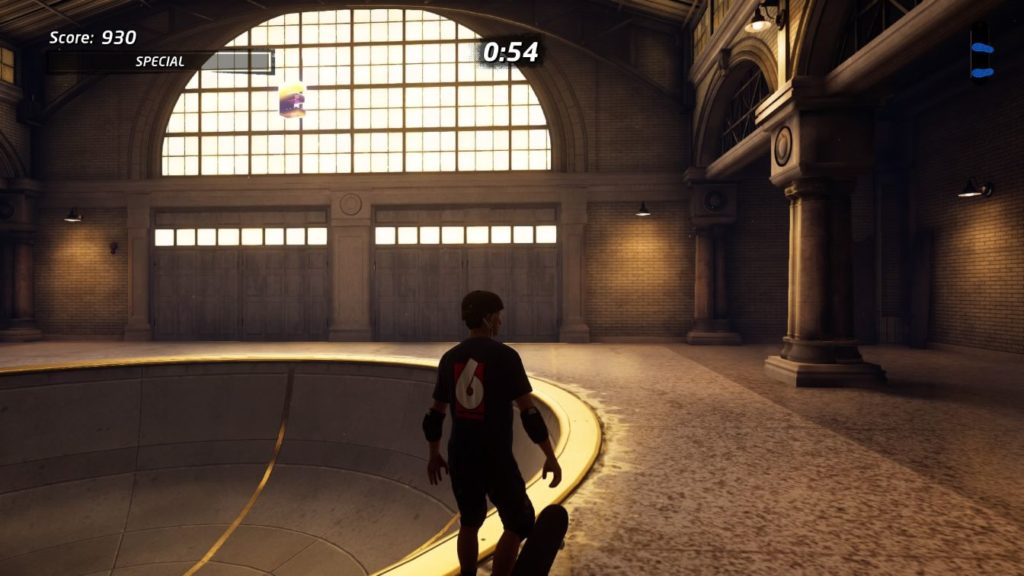 As for the letter “A”, you need to go to Chinatown and head all the way to the dead end.

Use the half pipe to reach the letter.

How to get the Vicarious Visions (V) symbol

The V symbol is basically on the 1st floor of a building.

You should see it after you descend from the spawn point (slightly on your right). 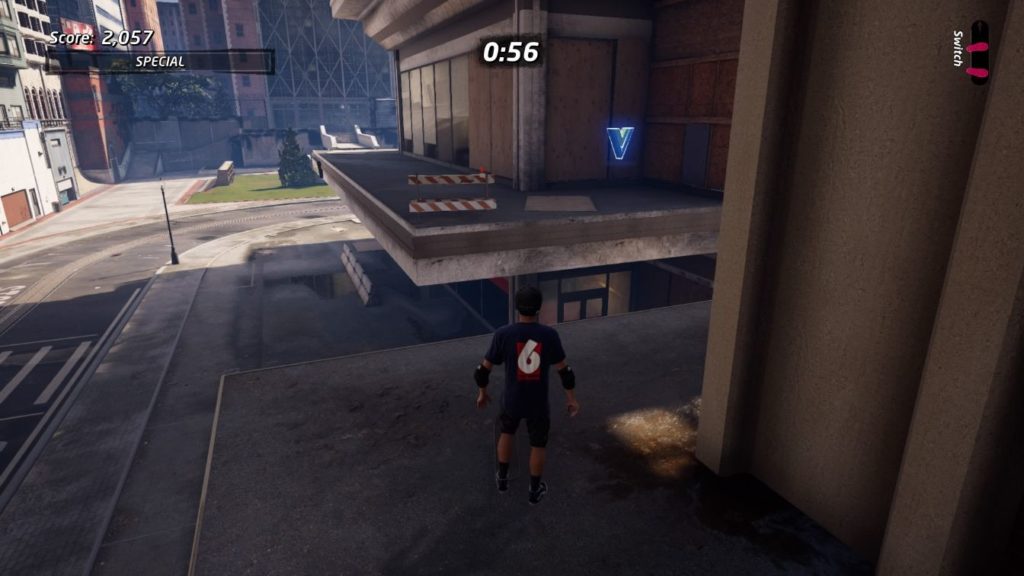 To get up there, you need to use the half pipe to reach the upper platform. 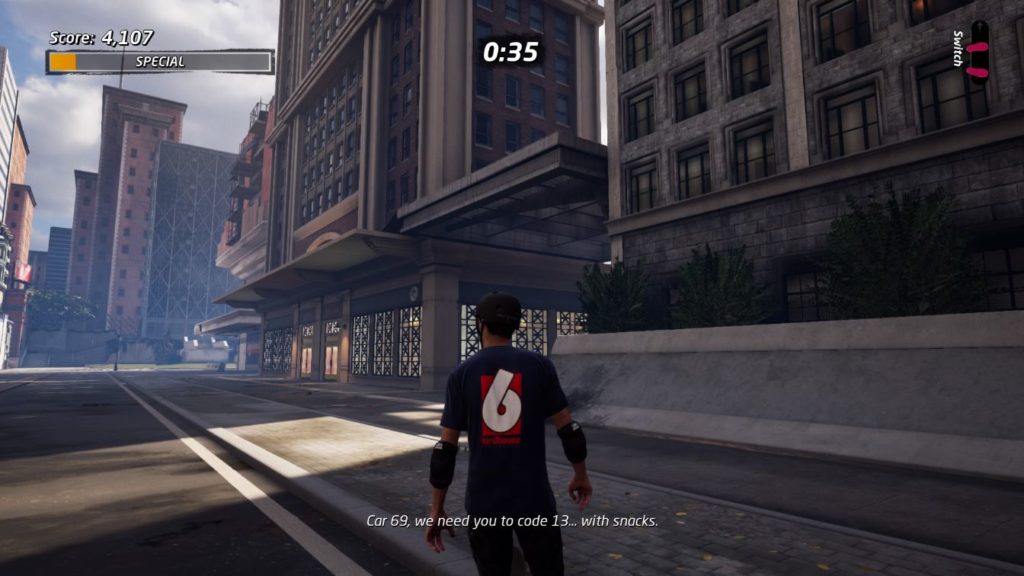 Once you get high enough, immediately grind on the side and you’ll be able to jump to the next building where the V symbol is.

How to find the Secret Tape

Similar to the V symbol, use the same half pipe to jump up and grind on the upper platform.

This time, instead of going straight, make a U-turn. Follow the ramp and you’ll see a glass path on your left.

Follow the glass path all the way up the building.

On the way up, you will see the Secret Tape, but continue to make your way up.

Build enough speed then jump from the highest ramp on the building and you’ll reach the Secret Tape.

This one’s pretty easy. The fountain is located inside the park.

You’ll need to start from one end and grind towards the other end. 5-0 is probably the downward button + Triangle if not mistaken.

The Hubba Gap is the one where the letter “S” is found.

To do the Nosegrab, you need to jump across the walkway (image below). Build up enough speed (get into Special Mode) and jump off the ramp while doing the Nosegrab.

How to find the cop cars

There are five cop cars in total.

To wreck them, just grind on the cop car.

The first one is located behind you at the spawn point.

After you descend from the spawn point, head right and you’ll see a Marco’s Diner on your right. The cop car is in front of it.

Next, go to Chinatown and you’ll see two cop cars parked in front of the Bank.

The last car is parked in front of a shop with the “Beats” logo.