The first map in the remake of Tony Hawk’s Pro Skater 2 is The Hangar map.

The aim of the Park is to complete Goals and Challenges, including finding the Secret Tape, collecting SKATE and so on.

Here are some tips and guide on The Hangar in THPS 1 + 2.

Read also: How To Do Every Gap in The Hangar

Below are the Goals for The Hangar. 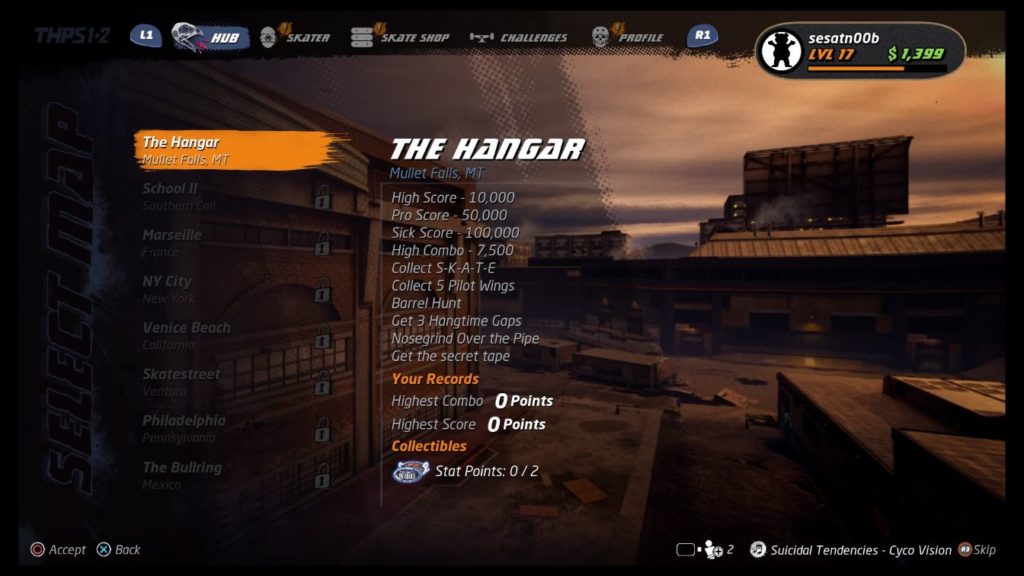 Location of all Pilot Wings

There are five Pilot Wings in total and they’re all pretty obviously placed.

The first one is at the spawn point. Just jump to get it. 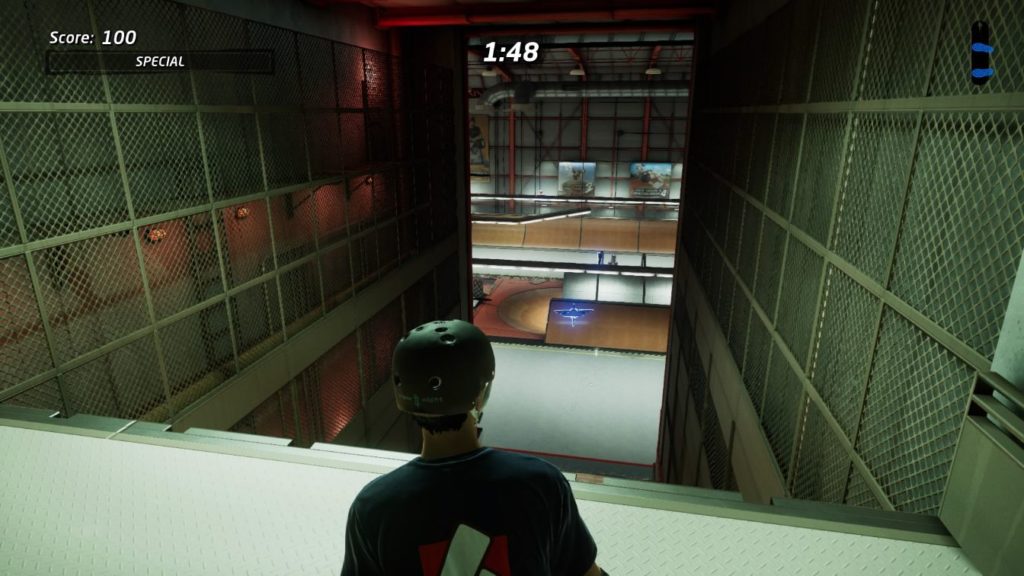 The second one is at the plane, and you should be able to see another on the other side of the glass. 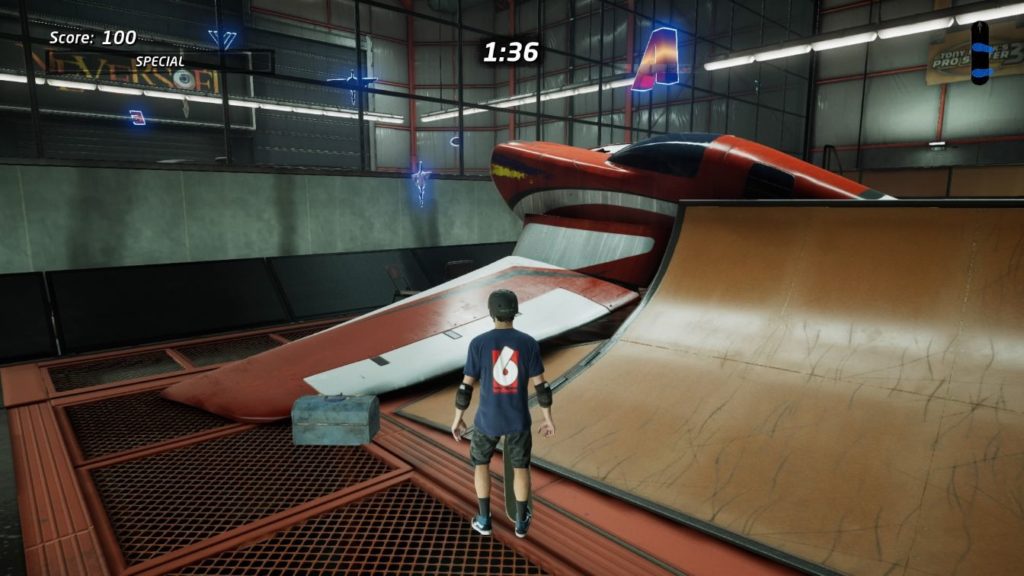 The fourth is located within the half pipe ring. It’s also near the spawn point. 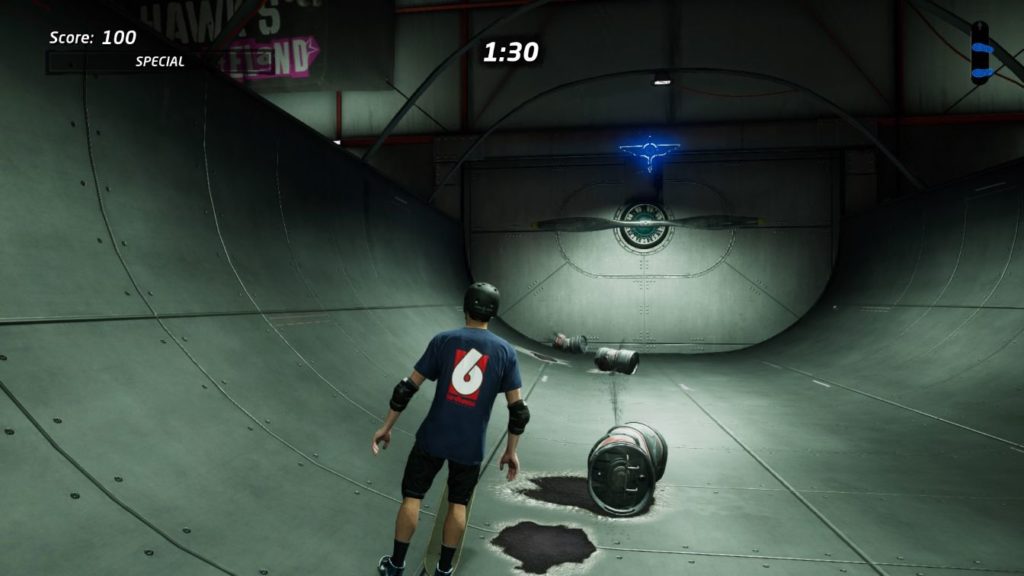 The fifth one is also at the glass wall towards the end. 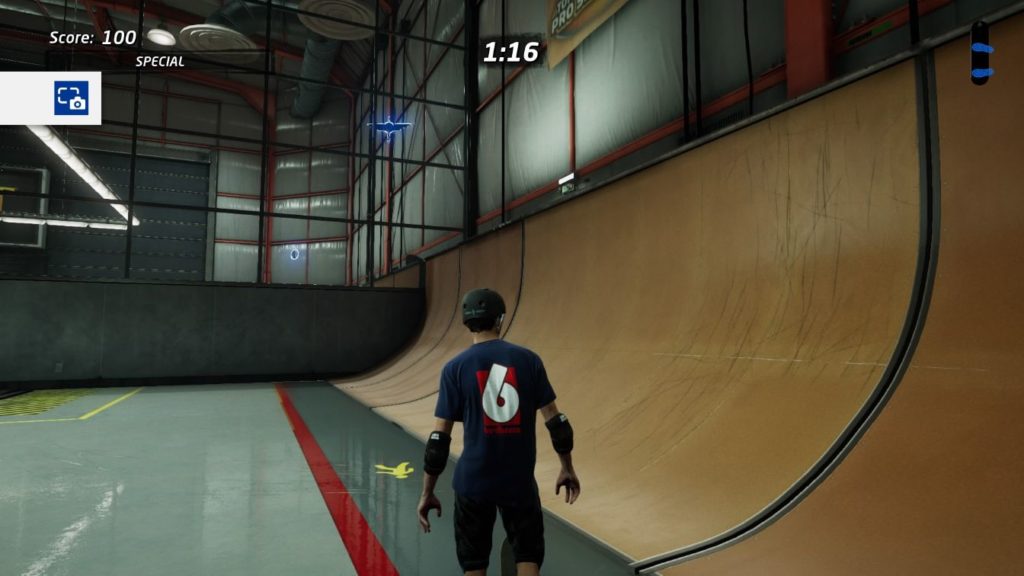 How to find SKATE

All five letters are pretty visible as well, since this is the easiest Park in the second game.

The letter “A” is above the plane. “S” is at the half pipe ring. 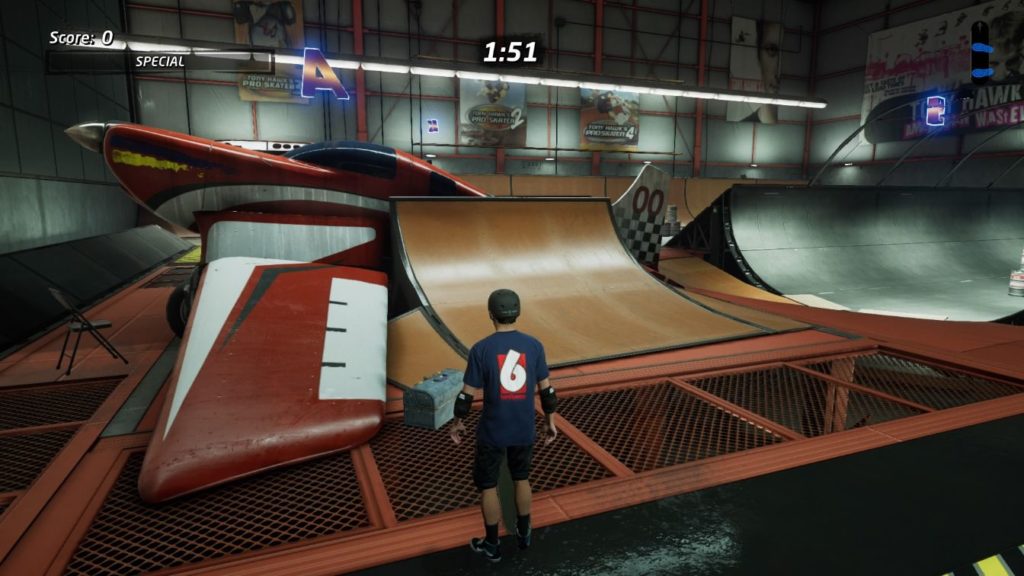 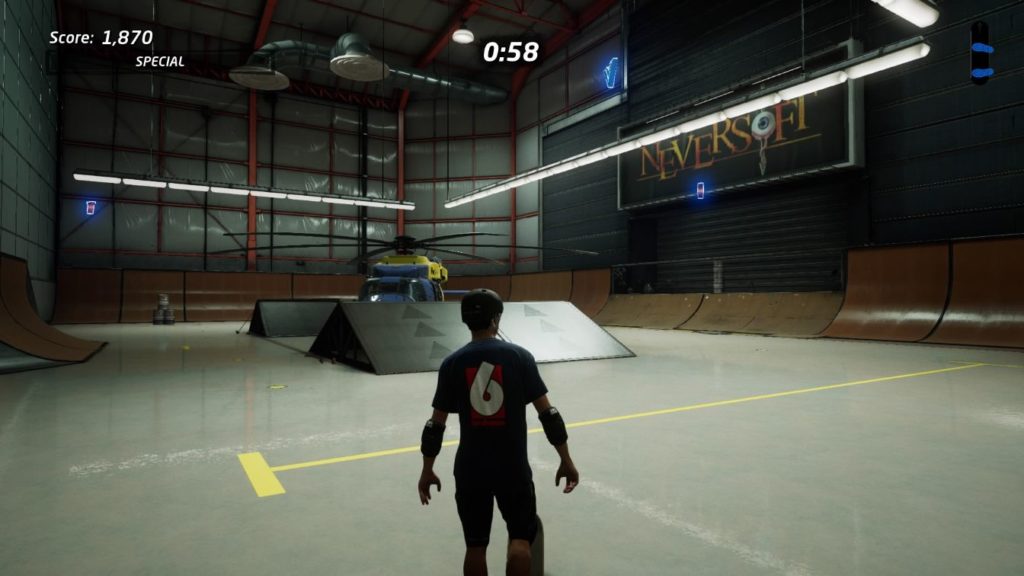 How to complete three Hangtime Gaps

The first Hangtime Gap is at the plane. Just use the ramp and go over the plane. 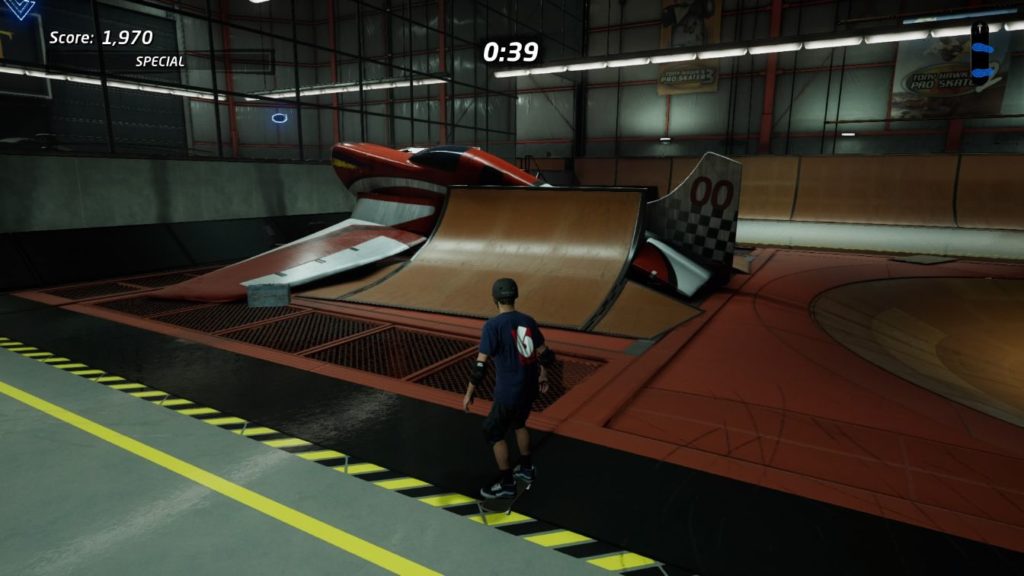 The second one is right in front of the spawn point. You just have to jump over the half pipe ring for it to count (image below).

As for the last one, you need to jump over the helicopter using the ramp, and land on the other ramp for it to count. 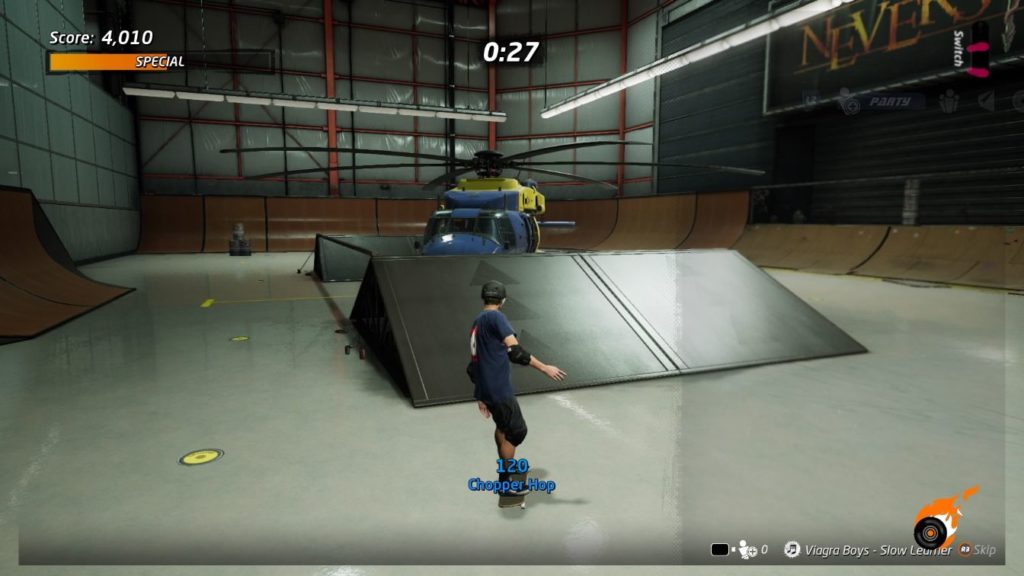 As for the V symbol, you will be able to see it on the lights above the helicopter. This is the hardest one to get. 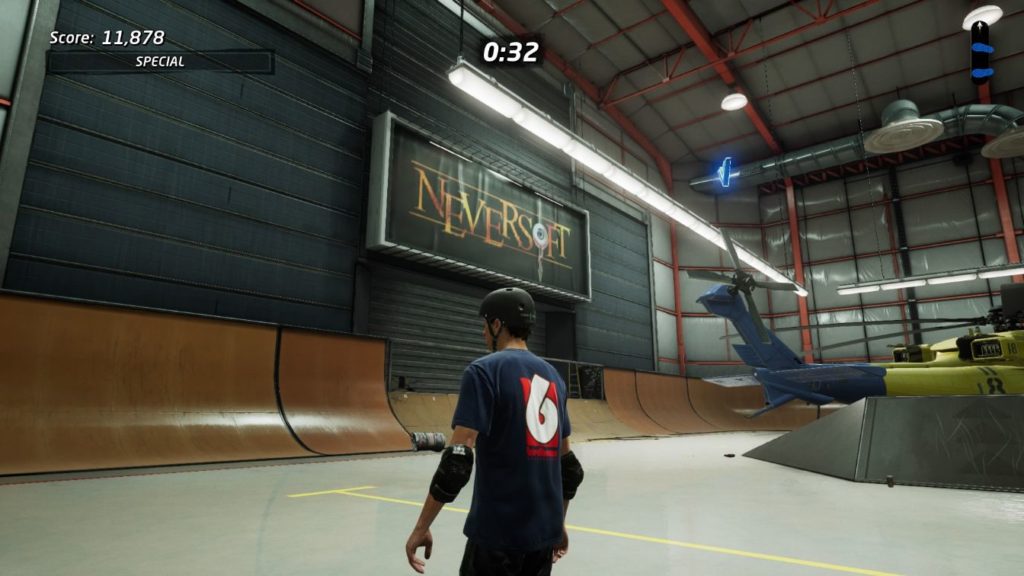 You will need a lot of speed and precision for this. Get into ‘Special Mode’ first.

Next, build some speed and use the small ramp (image below) to jump onto the light above. You need to use the Boneless trick. Tap the UP button twice before jumping off the ramp.

Grind on the light and then jump towards the light on the right and continue grinding until you reach the V symbol. It may take many tries to perfect it.

To get the Secret Tape, you have to unlock the secret room first.

You simply have to grind on the helicopter’s propeller (any one).

The helicopter will leave and the gate will open (under the Neversoft banner).

You will see an outdoor space and the Secret Tape is just above the half pipe.

Nosegrind Over the Pipe

This one’s quite simple. Just jump on the pipe and Nosegrind till the other side. Nosegrind is either the UP + TRIANGLE or DOWN + TRIANGLE. 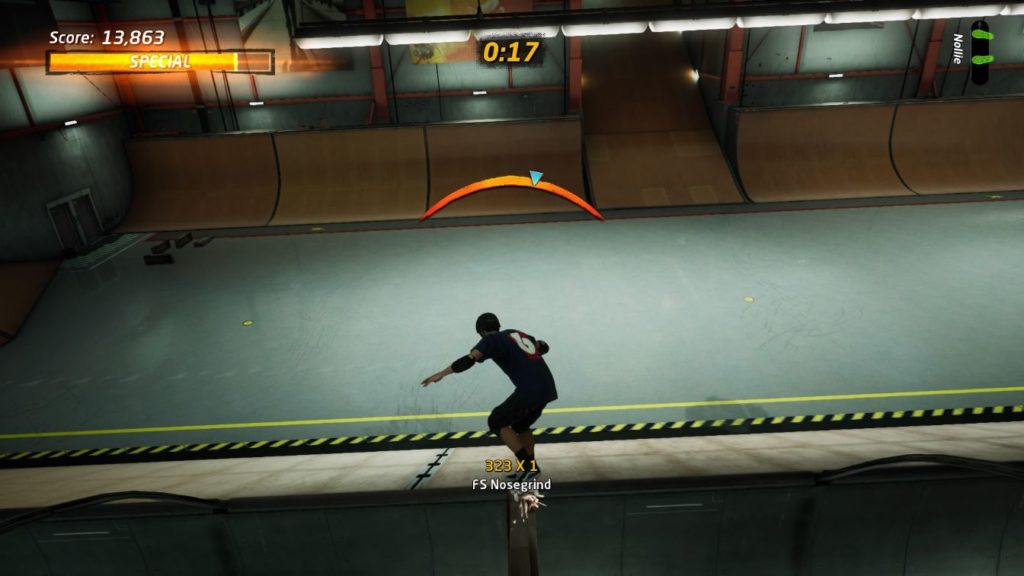 How to find both stat points

There are two stat points in total.

One is located inside the main map and you won’t miss it.

The other, however, is located in a hidden room. To open the room, you need to grind the propeller (image below).

The door will open and you’ll find the stat point inside.