Toilet Chronicles is a hilarious comedy / horror game that you can get on Steam.

It was released a couple of days ago and the gameplay has been pretty unique so far.

Here’s how you can get all the endings in Toilet Chronicles.

How to get all endings in Toilet Chronicles

Ending 0 can be obtained in chapter 1. At the toilet, don’t hand over the toilet paper to your neighbor.

Just walk out of the cubicle and then open the toilet door and you’ll get the ending which says “You left the restroom without destroying a toilet”. 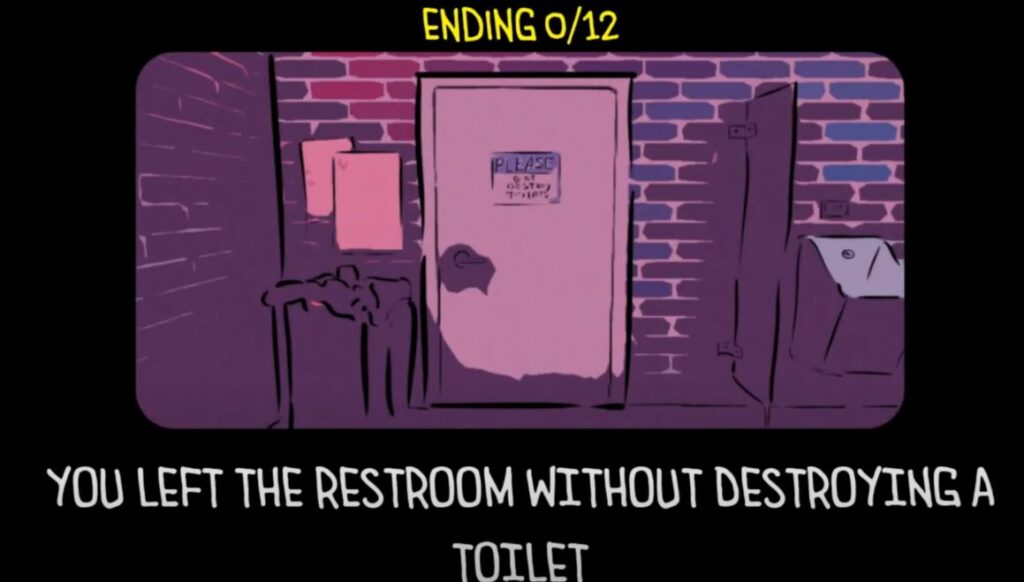 For ending 1, you have to interact with the hand blower / dryer inside the toilet twice. You will get electrocuted the second time. 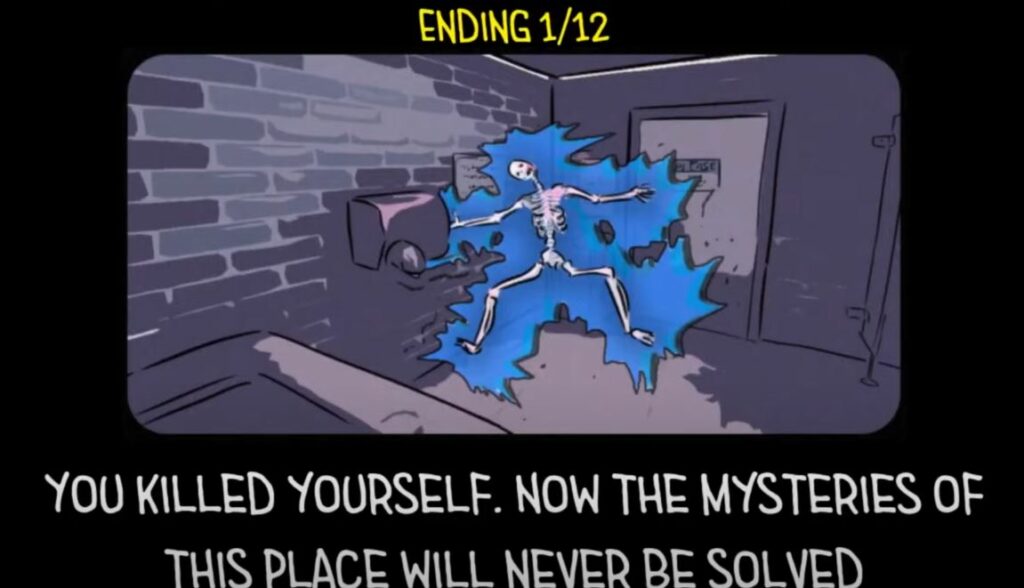 For ending 2, you simply need to pull the grenade pin and hold it in your hand. You will explode and die. 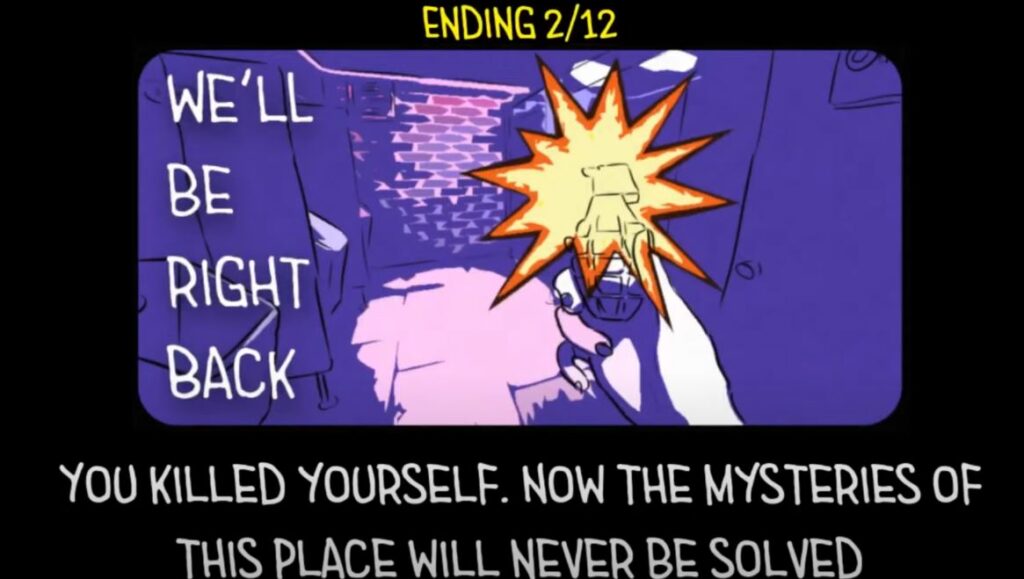 Ending 3 requires you to grab the grenade from the vent. Pull the pin and throw it into your toilet cubicle. The message is “You are banned from this restroom for destroying a toilet”. 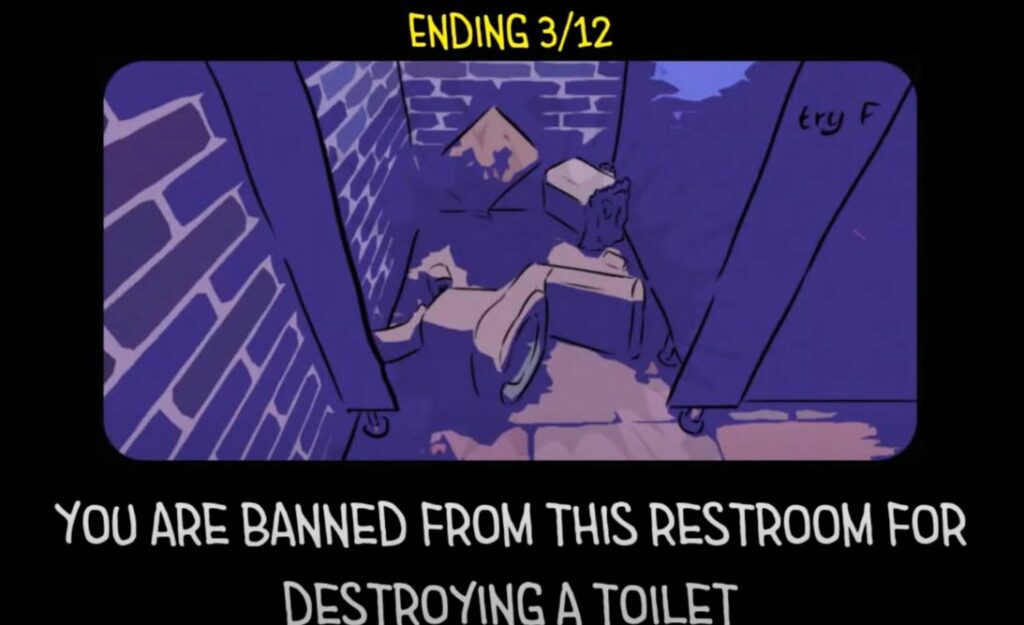 For ending 4, knock on the door of your neighbor’s cubicle. He will put his hand out asking if you have something for him.

Pull the pin of the grenade and place it on his hand. You will have killed your partner. 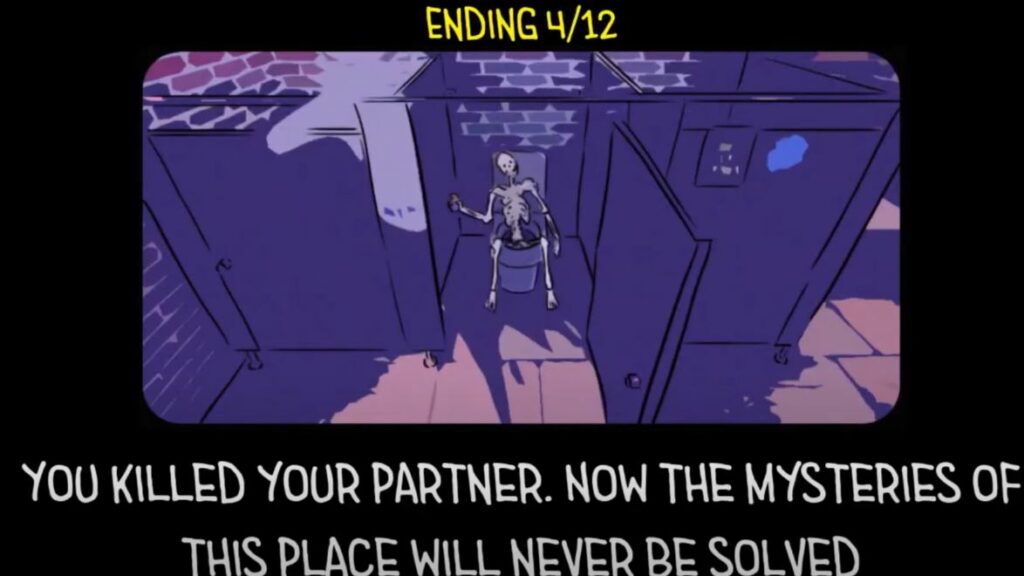 Ending 5 also requires you to kill yourself with a grenade, which is similar to ending 2.

We’re not sure as to the difference, but perhaps holding a grenade while it explodes and having the grenade explode on the ground have different endings. It may also be different due to where you are in the story. 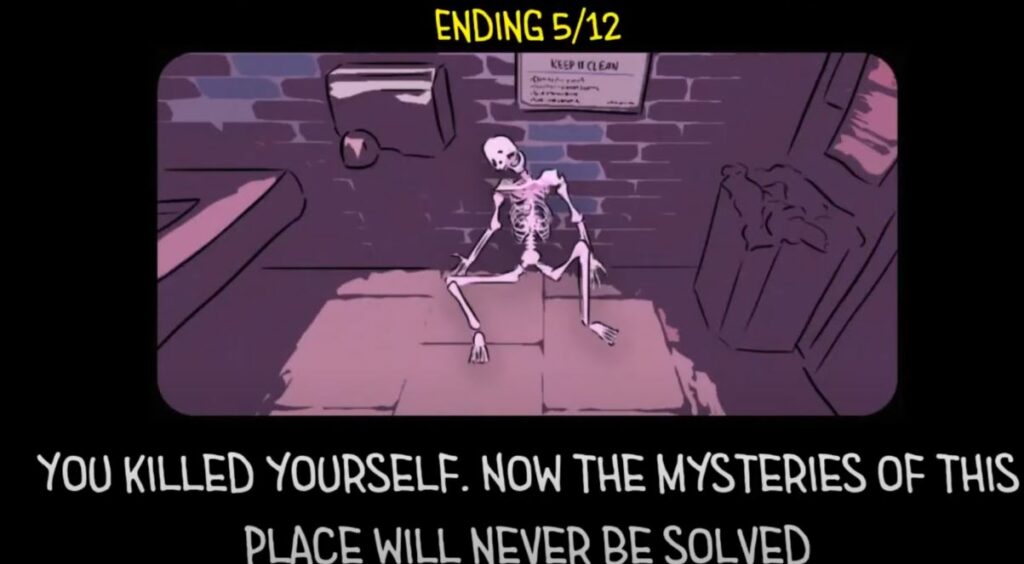 For ending 6, you have to peek into your neighbor’s cubicle. Jump above the cubicle and try to look inside and you will get a warning that you can’t peek into other stalls.

A giant tentacle will kill you to get the ending. 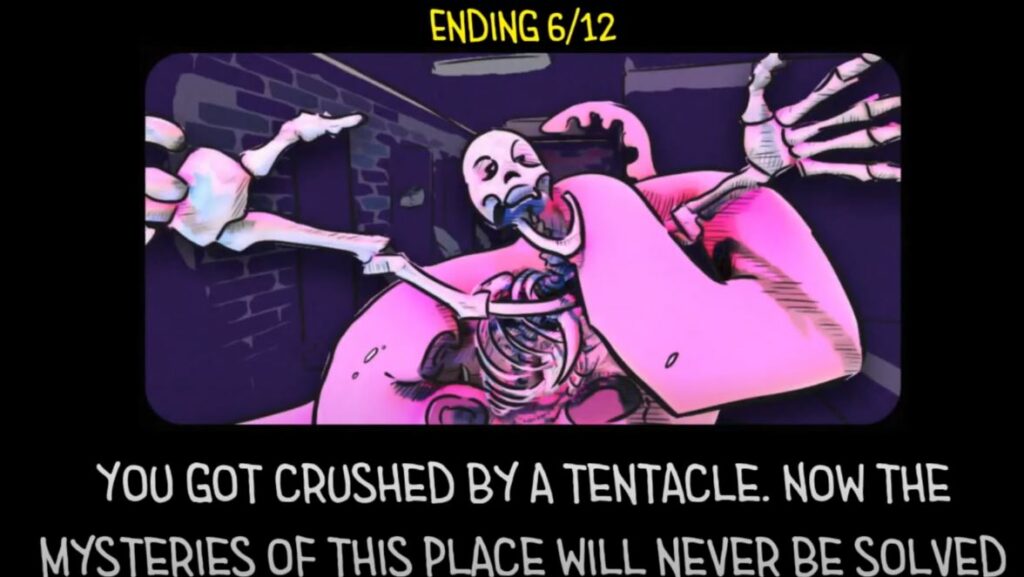 Ending 7 also requires you to interact with the hand dryer similar to ending 1. However, this time, you will get burned instead of electrocuted. 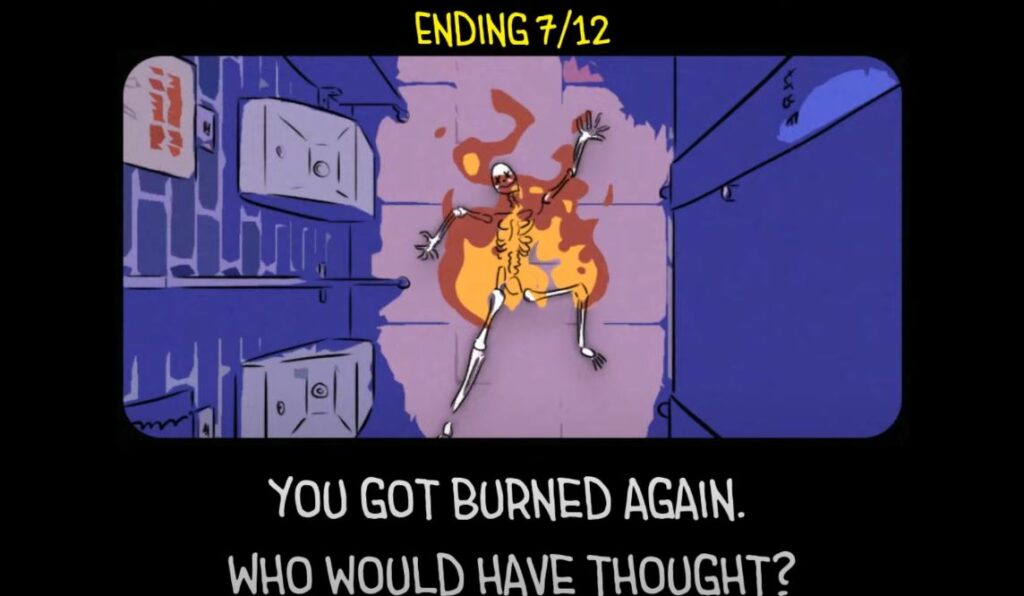 For ending 8, you need to reach chapter 3 where you get an axe from a wall.

Bring the axe back to the toilet and you will see that the last cubicle has a yellow door. Chop down the yellow door with the axe.

Pick up the gnome and right click the gnome to explode. 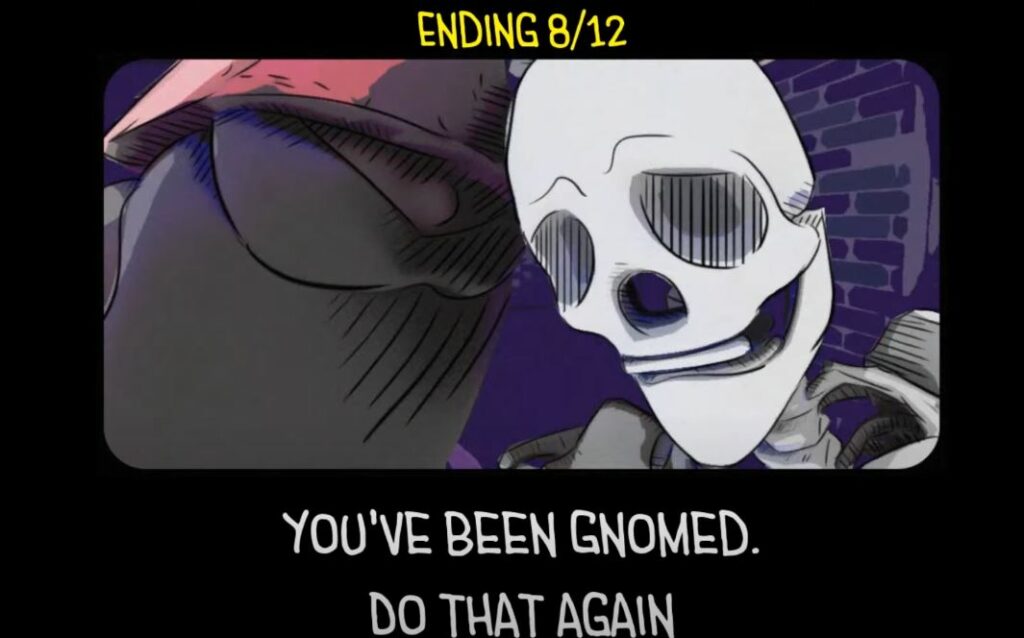 For ending 9, throw stuff like toilet papers into your neighbor’s cubicle above the door. He will ask you to stop and crush your pelvis. 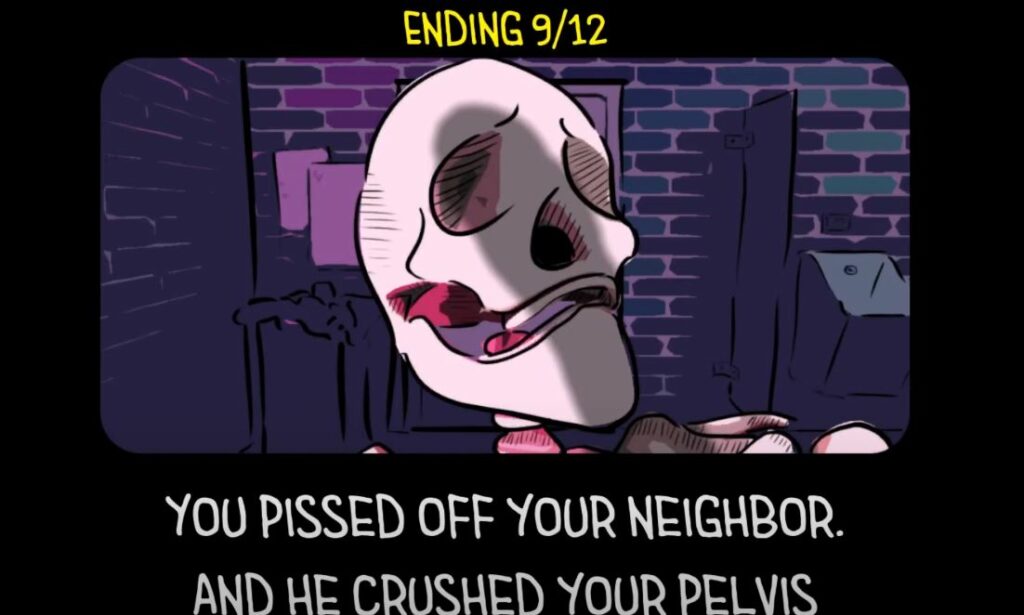 In chapter 3, you will see banana peels on the floor. Just step on one and you’ll slip and die. 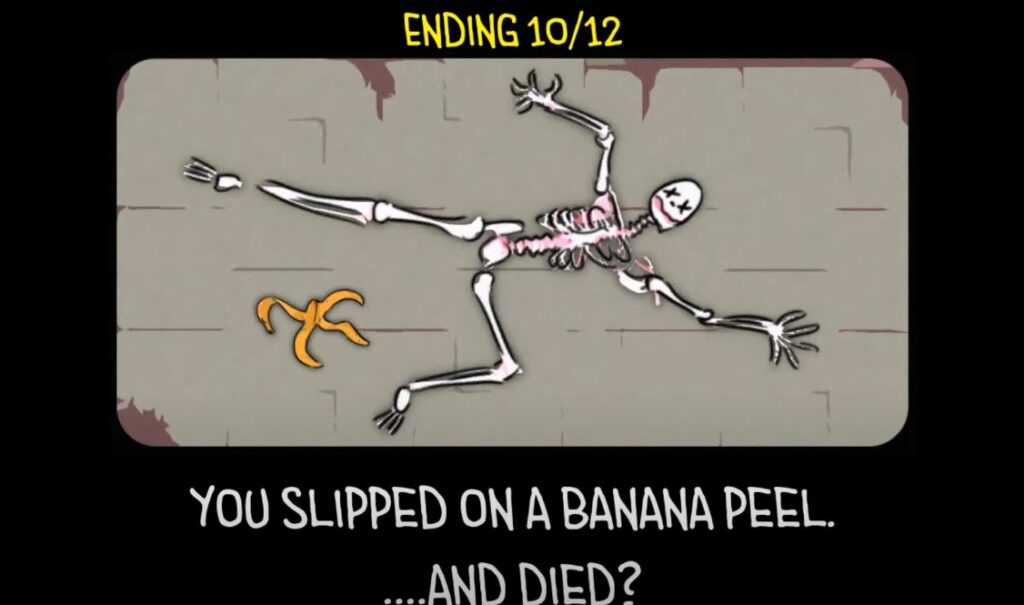 For ending 11, you have to solve the six digit code on the door.

Walk in and you’ll be back at the party. Interact with the statues until the guy tells you he owes you an ending. 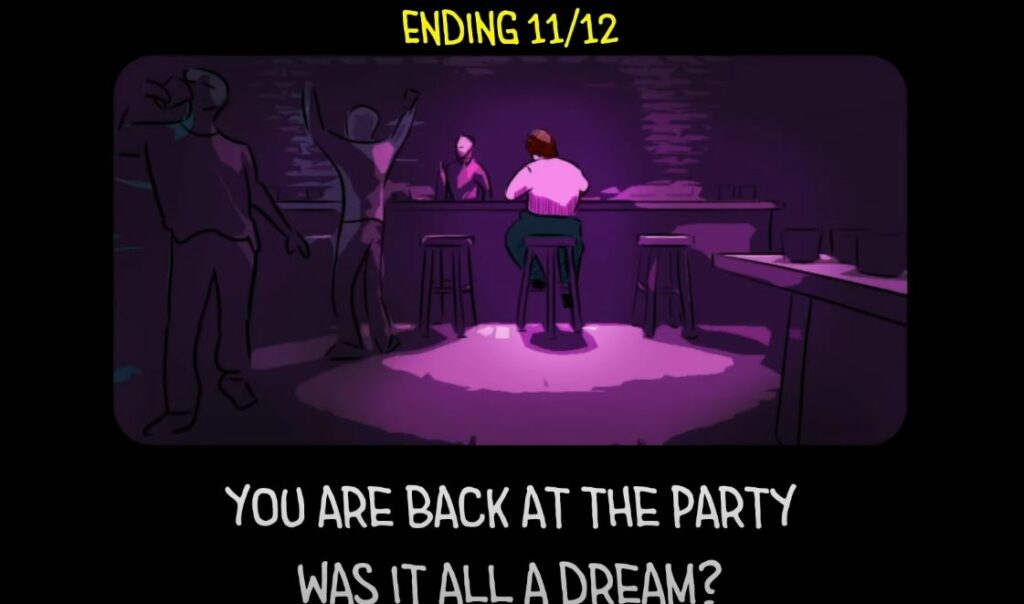 The last ending, i.e. ending 12, simply requires you to go to the party but bring the gnome with you. 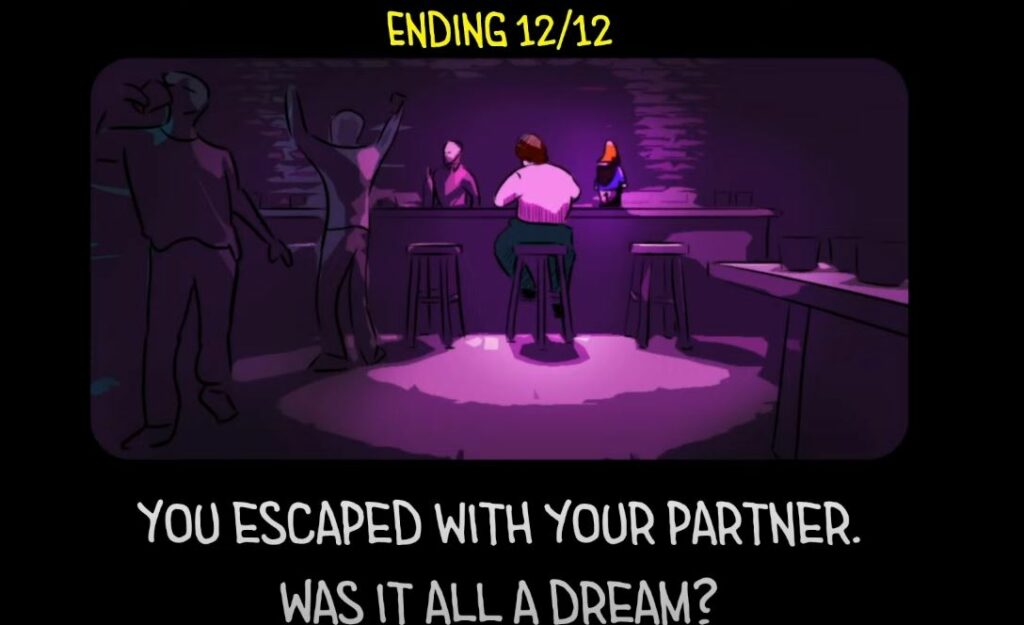