Goat Simulator 3 has an ending and a final boss fight after you’ve unlocked all Goat Towers.

Every time you claim a reward inside the Goat Tower, the big gate will slowly begin to unlock. When you’re done with all towers (and maybe solo quests), you’ll be able to unlock the gate.

Here’s a walkthrough and guide of the final boss fight and ending of Goat Simulator 3.

Complete all of the Goat Towers

Remember to claim the reward every time you unlock a Goat Tower in a new area.

When you’re done with all towers, you should be able to unlock the gate finally. If it doesn’t work, then maybe try completing the solo quests first. 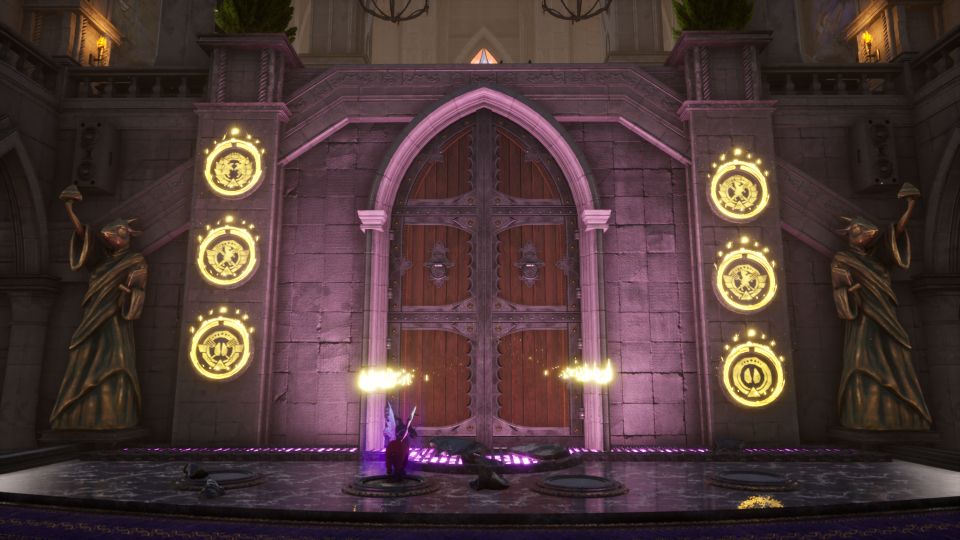 After opening the gate, enter the portal and you’ll see The Farmer who is supposed to represent the developer. He’ll tell you that the boss fight is not completed yet. 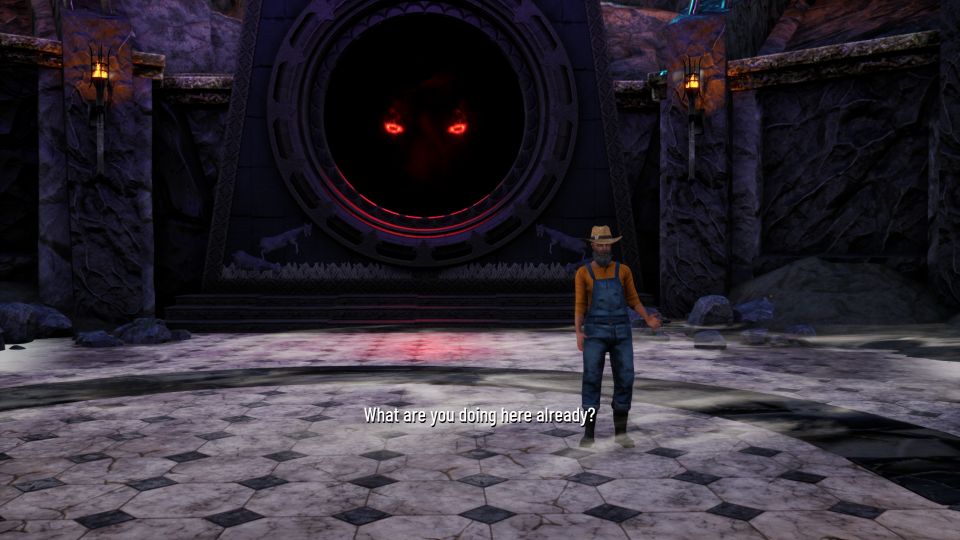 To start the fight, you need to headbutt The Farmer down the abyss. You’ll see credits begin to roll. 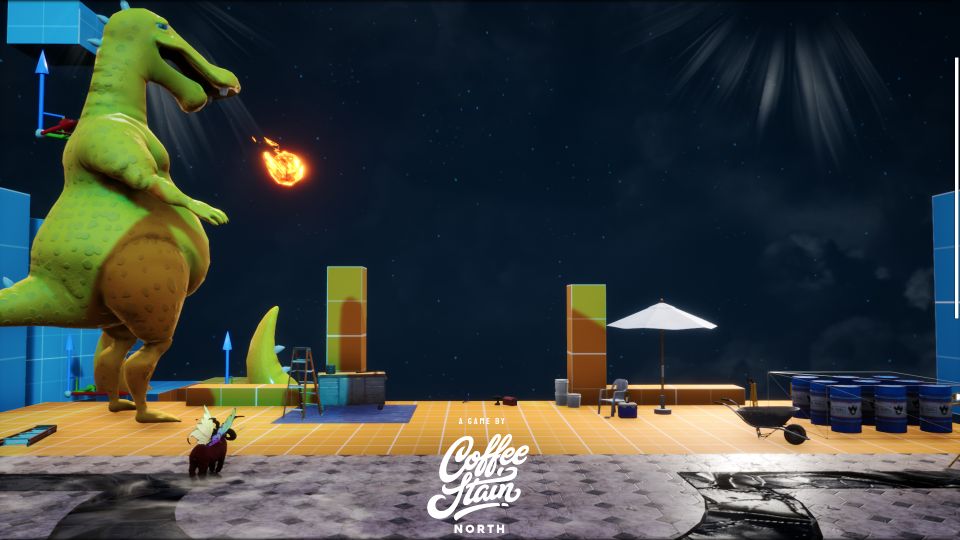 The credits will be interrupted as he appears again. 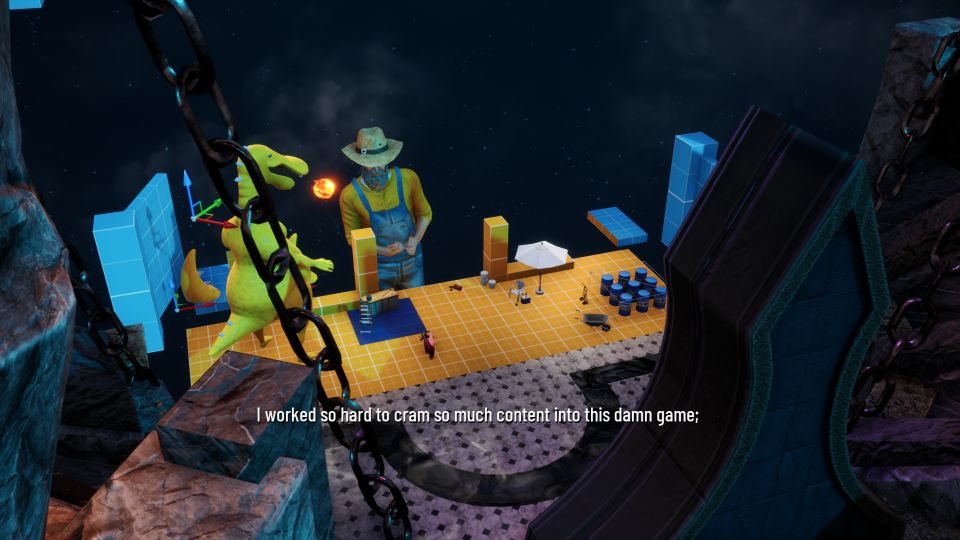 Goat vs The Farmer

You’ll now need to defeat The Farmer. The first part is a wide view angle of the fight. He’ll basically use attacks that will cover the platform and you just need to dodge here.

This part requires you to maintain your health first. 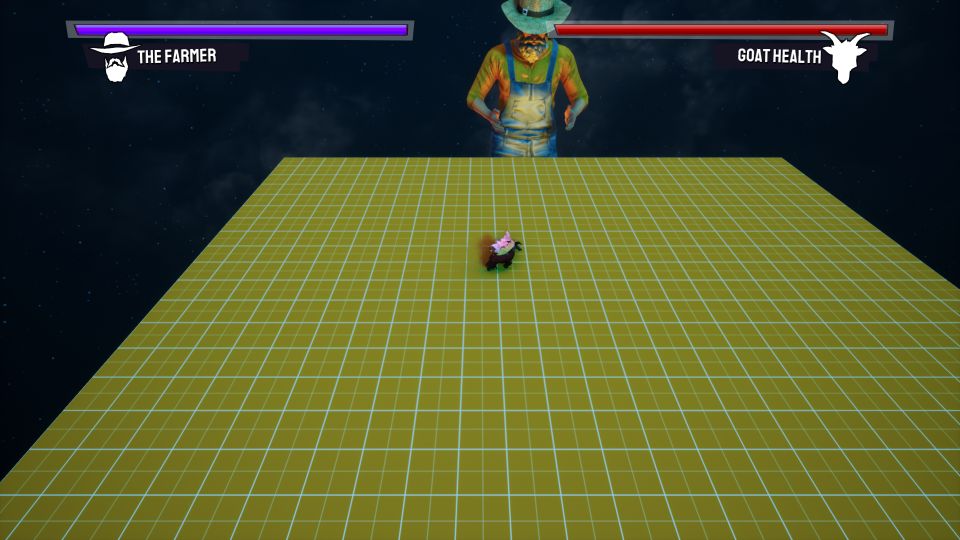 He will then jump to the middle. You can headbutt him when he does and he’ll run away again. 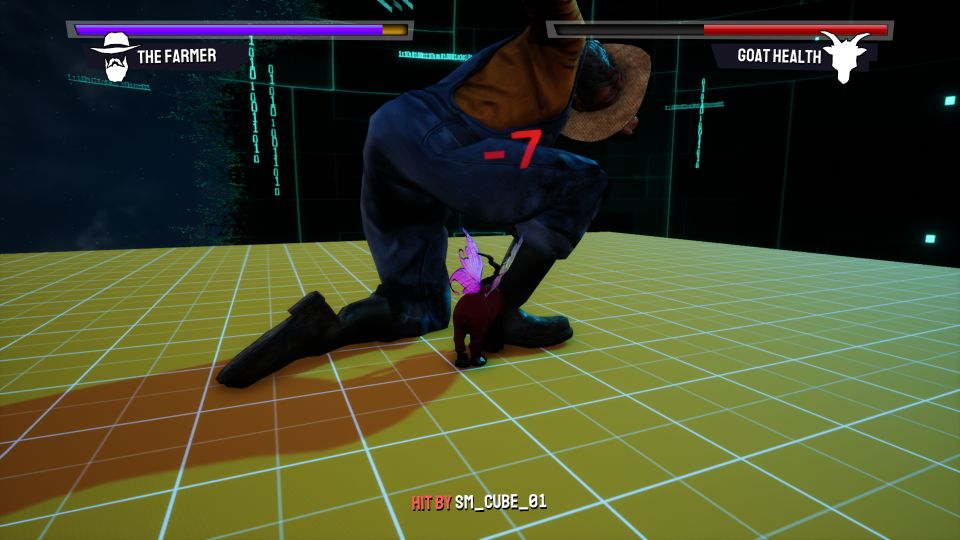 The Farmer will use different attacks as the fight progresses. Just survive and hit him when he comes to the middle. This part ends when he loses his purple health bar. 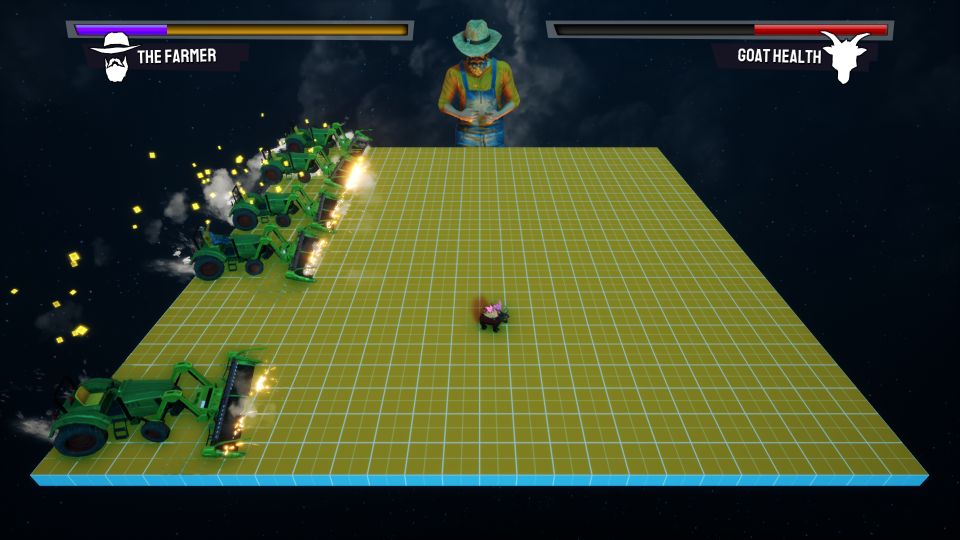 The second stage is a hide and seek battle. You can use a laser eye headpiece for range.

What you need to do is to find him and attack him. A laser or ranged weapon can save time probably. First round is quite easy as he is visible behind the cement pile. 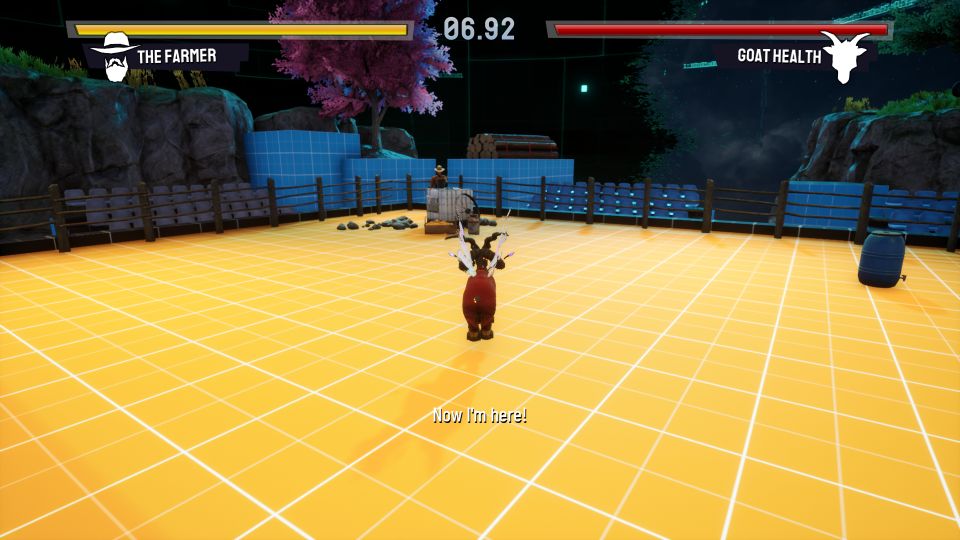 The second one is where he hides behind boxes. Just laser all of the boxes and you’ll get him. 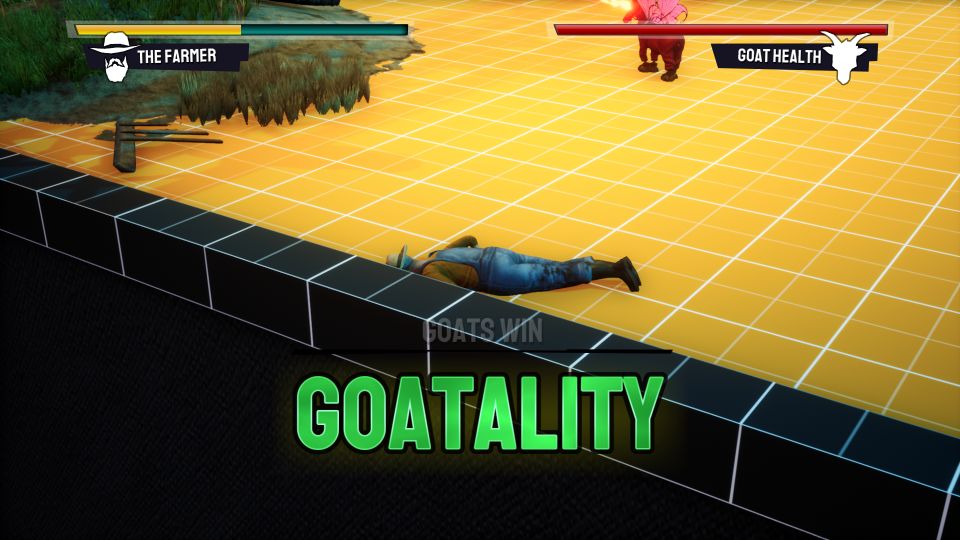 For the third one he is located above. Use the ladder to find him. 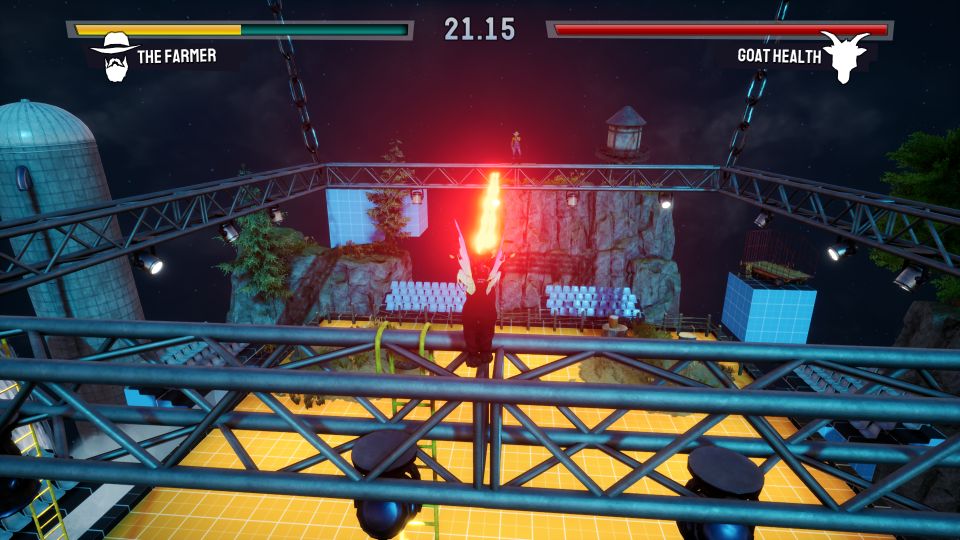 The third stage of the boss fight is a retro fight. Just keep heading towards the right and preserve your health. 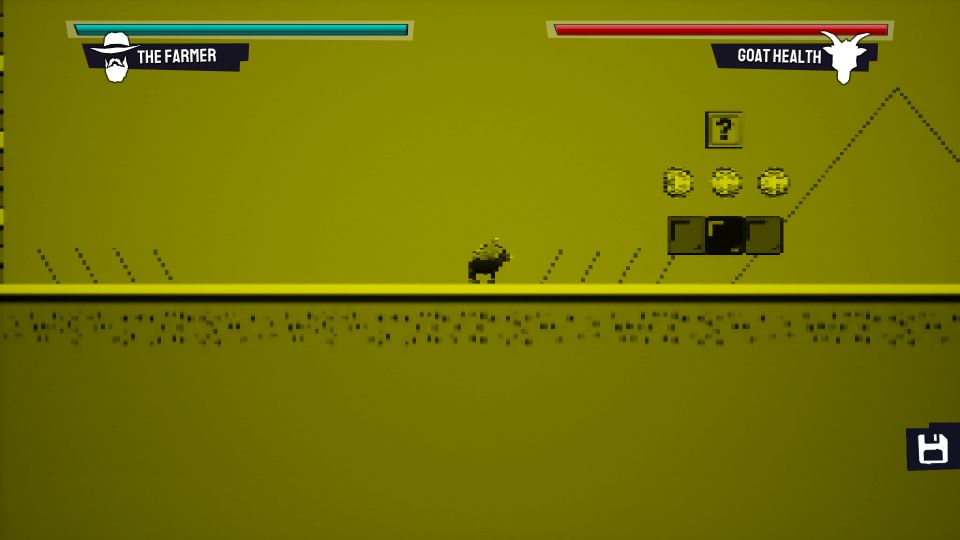 You can even use your attacks in this side-scrolling game. 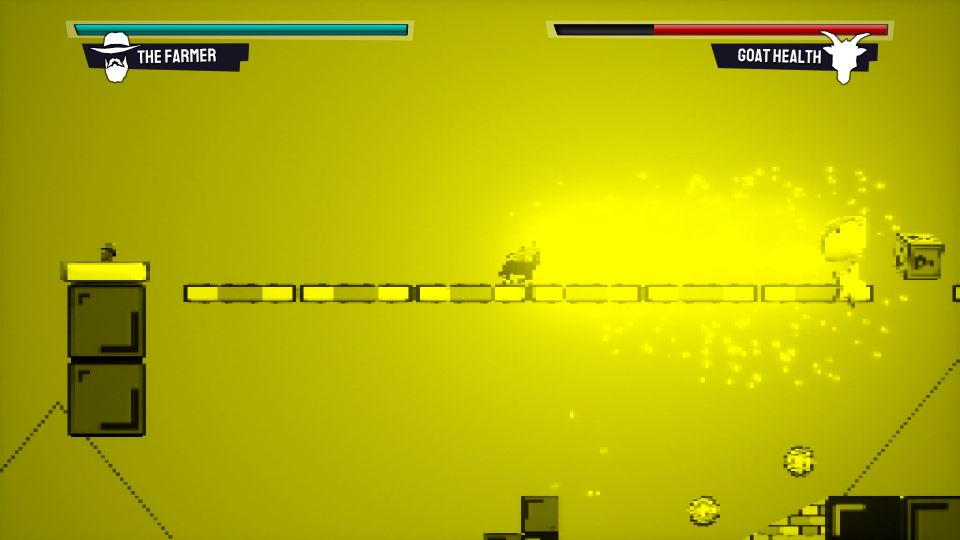 Towards the end, you’ll see The Farmer shooting at you. You can actually ignore him since you’ll do no damage.

Walk past him and you’ll see a castle to exit. 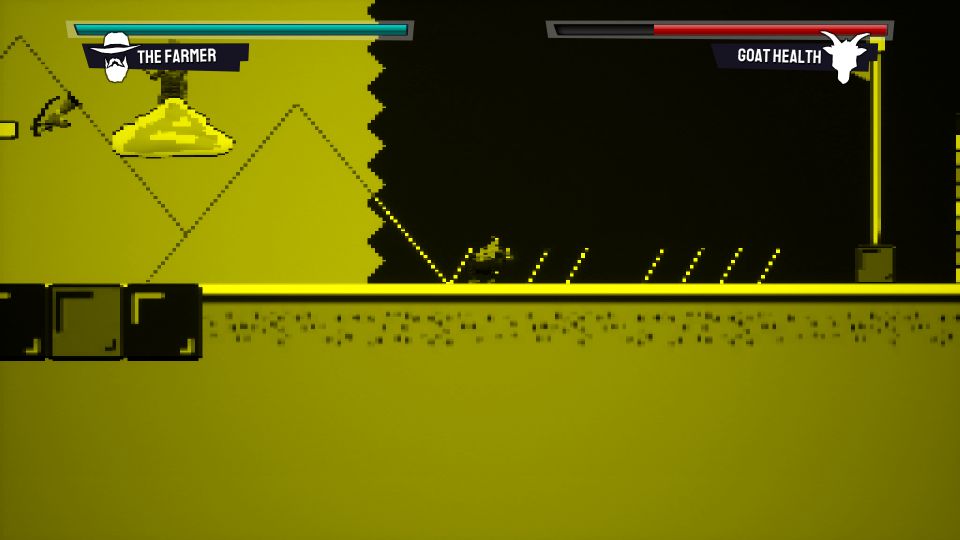 For the next part, you have to destroy the servers. 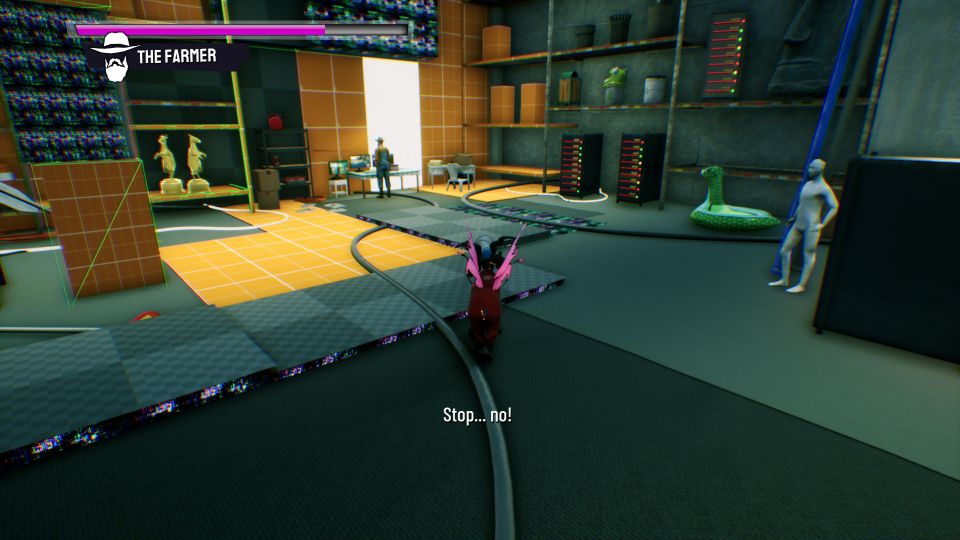 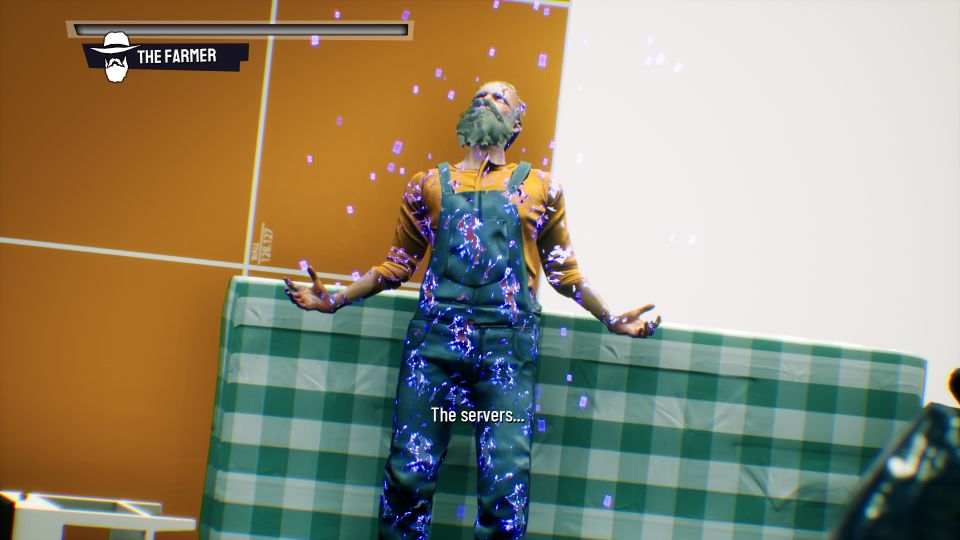 For the fifth part, just follow the path at first. 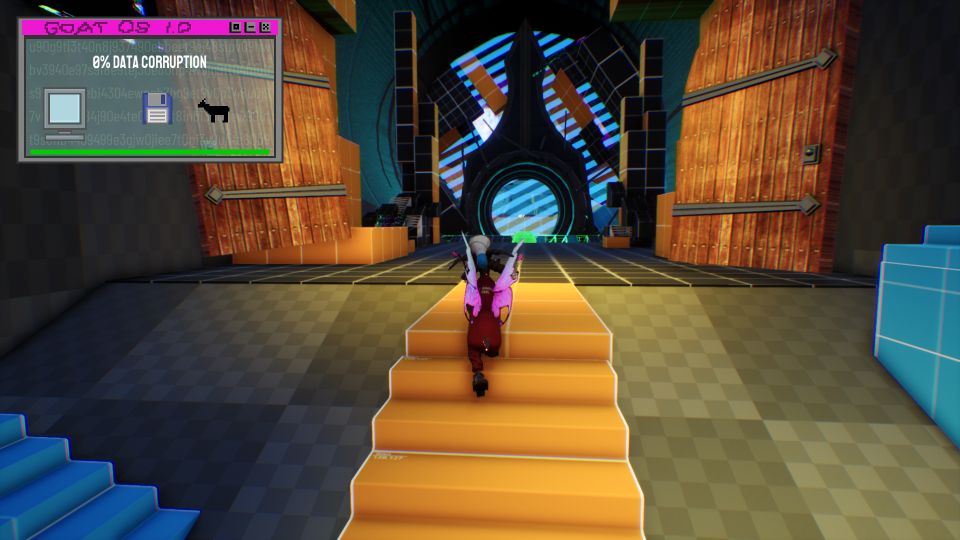 You will then see a schematic of a car. Drive the car and follow the road.

The progress bar is represented by the data corruption percentage. 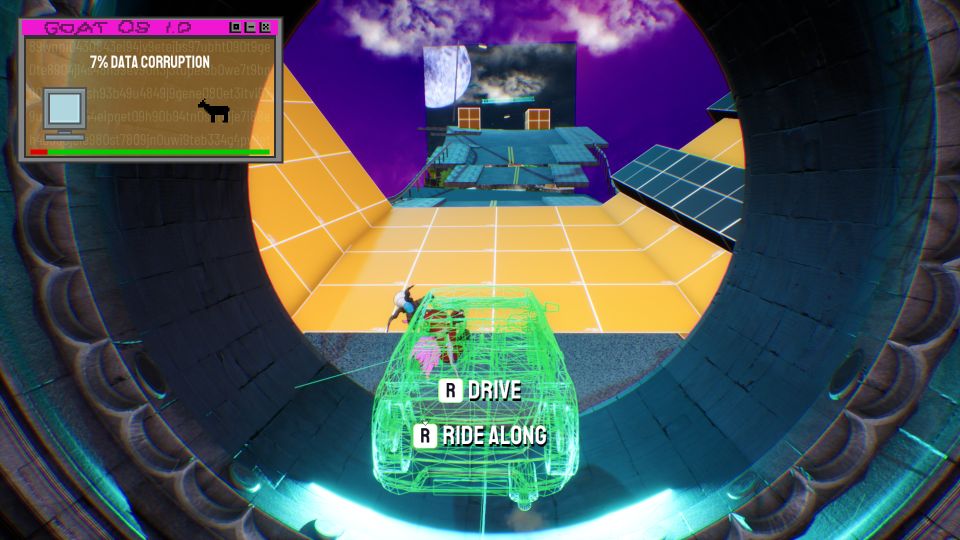 At one point, you’ll just reach some kind of weird pathway. 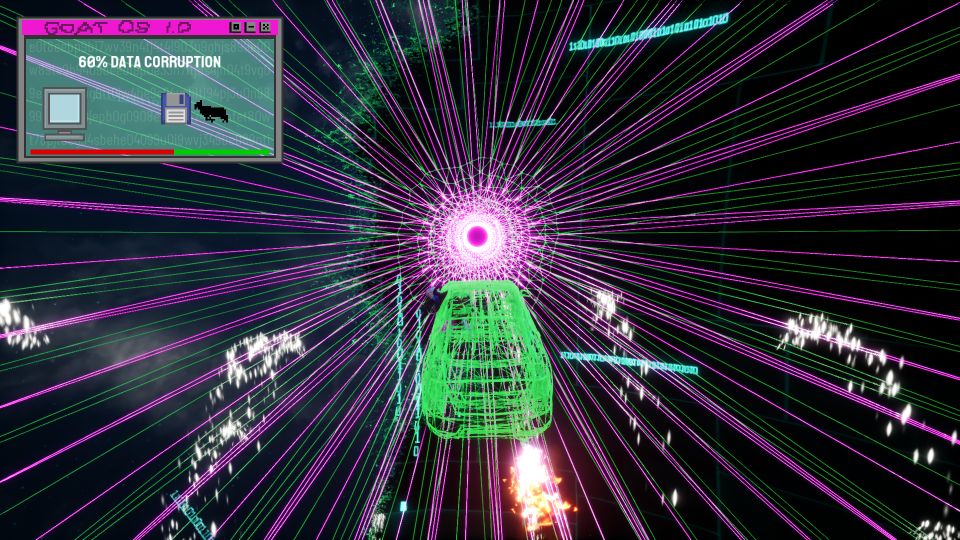 At 100% corruption the file will be “corrupted”. 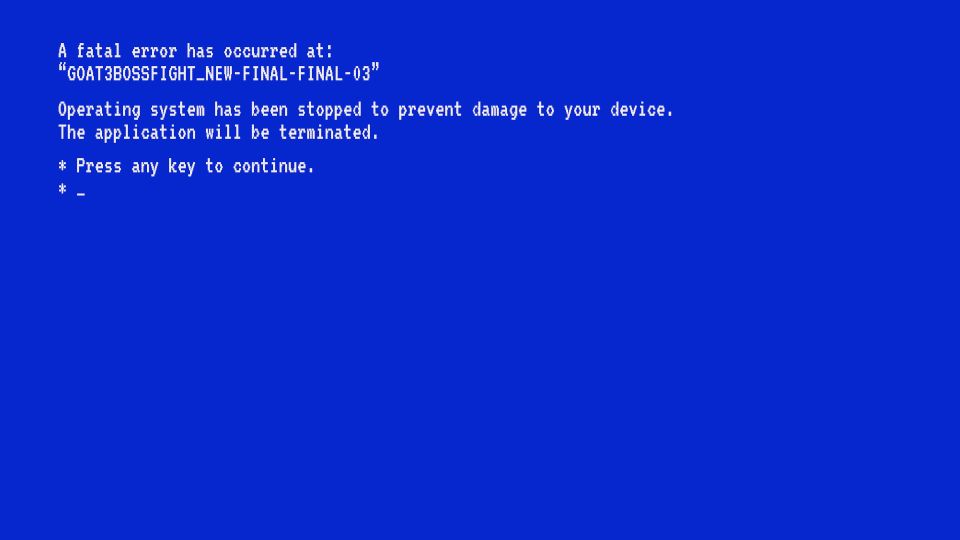 You will then get the credits scene which is the first scene of the game but with credits. 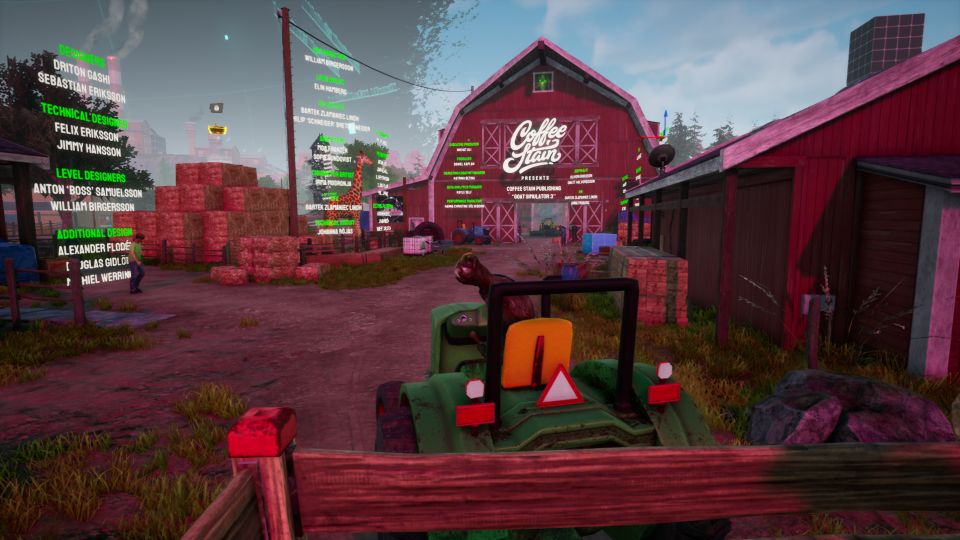 After the boss fight and ending, you’ll unlock a new suit which is The Farmer himself with his own unique ability. 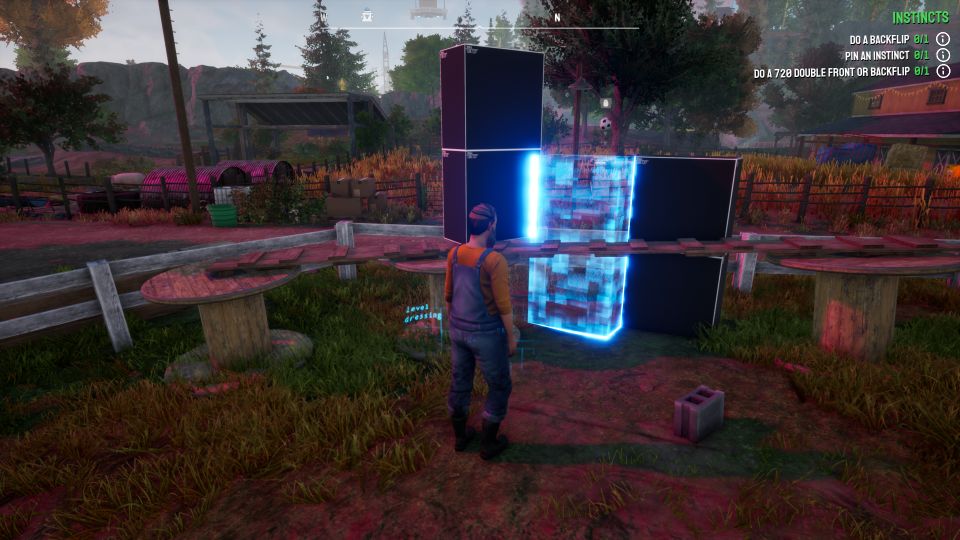