Unfinished Business is a side quest under Tales of Tsushima in Ghost of Tsushima.

Your task is to free some peasants who were captured in Azamo Bay.

Here’s a walkthrough of Unfinished Business in Ghost of Tsushima. 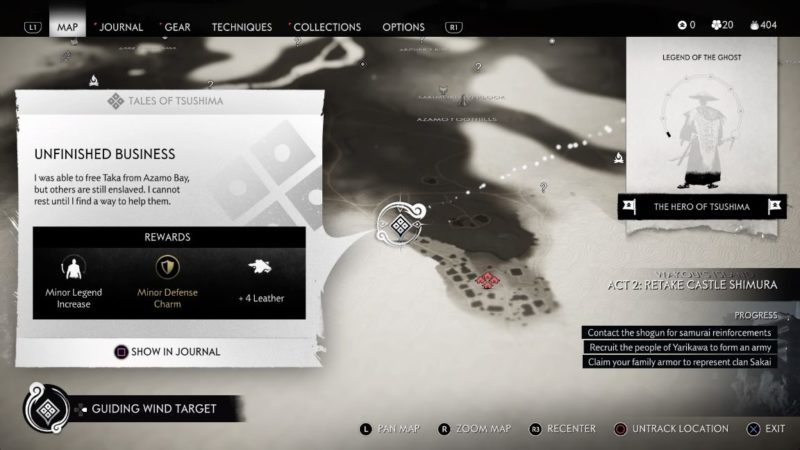 Talk to the peasant

You should find a peasant waiting near Azamo Bay. Talk to him to begin the quest. 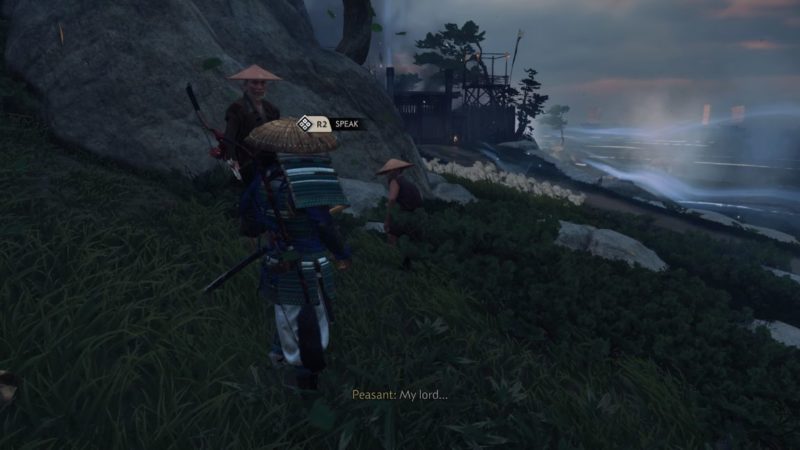 Head towards the front gate and enter through the gap in the wall. 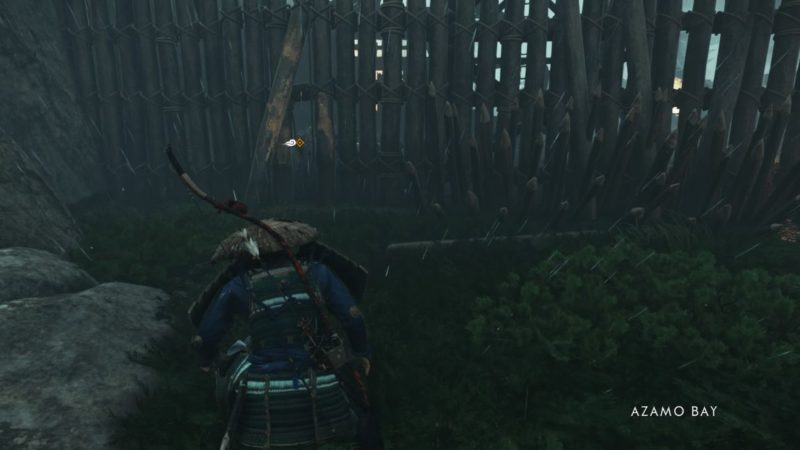 Below are the objectives of this quest.

Right after entering the area, you can standoff and kill the two guards. 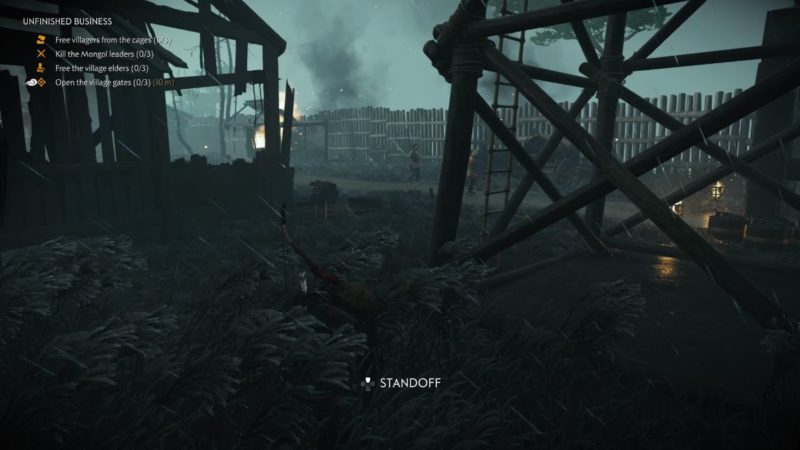 There are three gates in total to open in Azamo Bay.

They are all pretty far from one another. 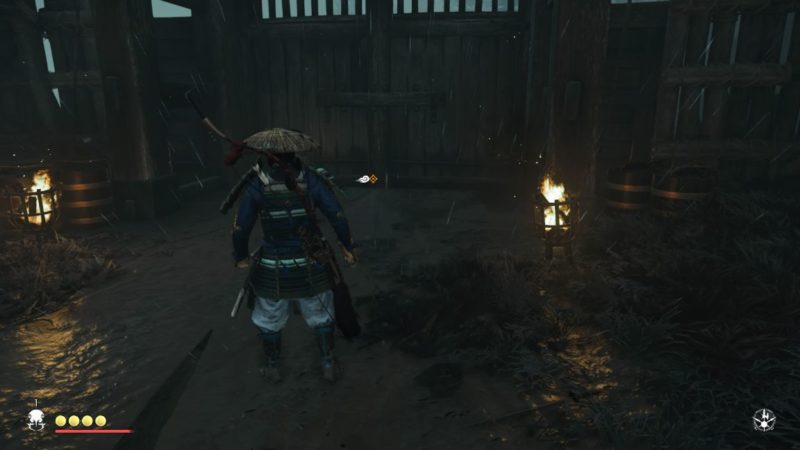 There are also 3 Mongol leaders in the area, all separated. 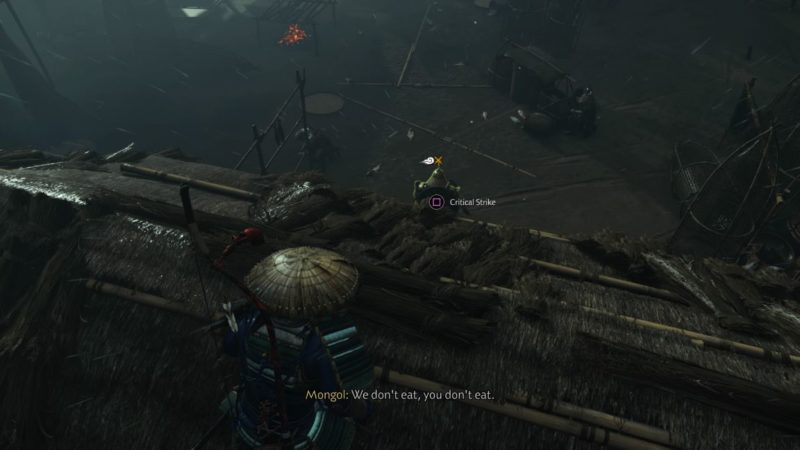 Three village elders in different locations have to be freed. At least one is kept upstairs.

Kill the Mongols before they hurt the villagers. 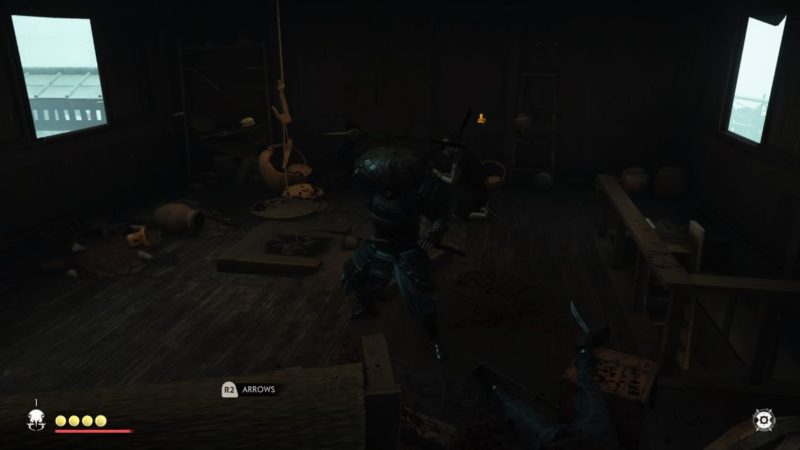 Release the villagers in cages

Apart from the elders, there are villagers kept in cages. Just cut through the bamboo cages to free them. 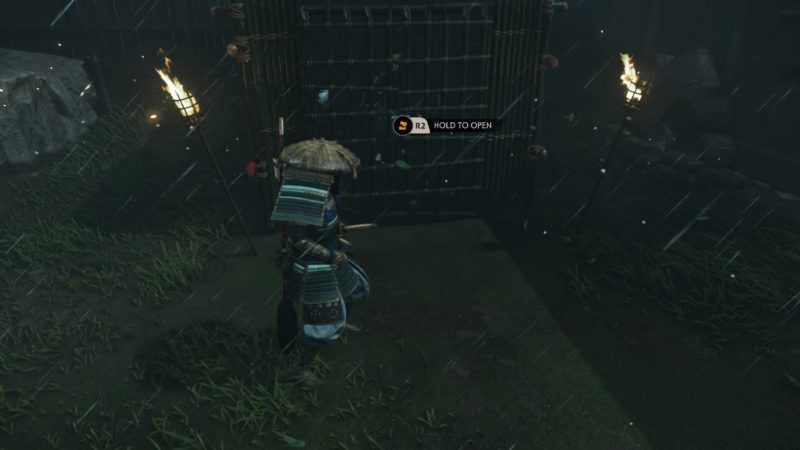 Once you’re done with the first four objectives, you will have to deal with Warlord Harunori. 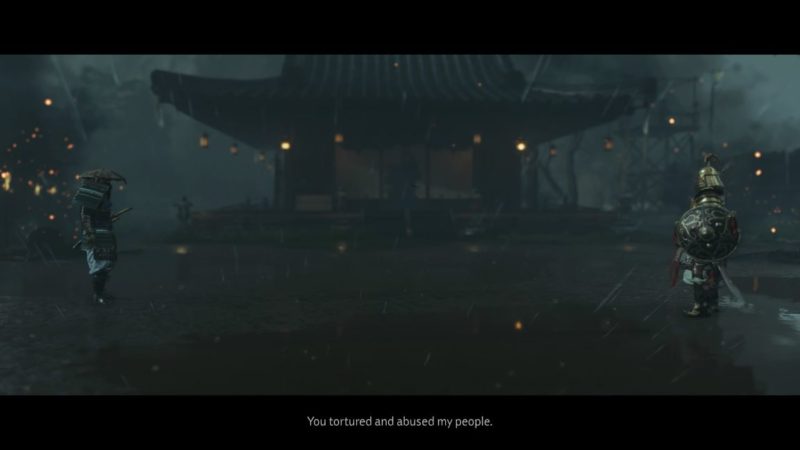 Like most duels, the battle should be straightforward. You’ll need to stagger him to deal damage. 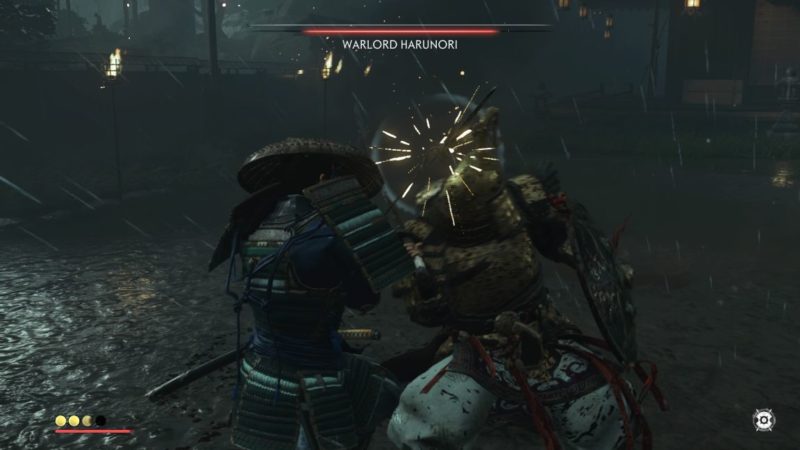 After killing the warlord, raise the banners to complete the quest. 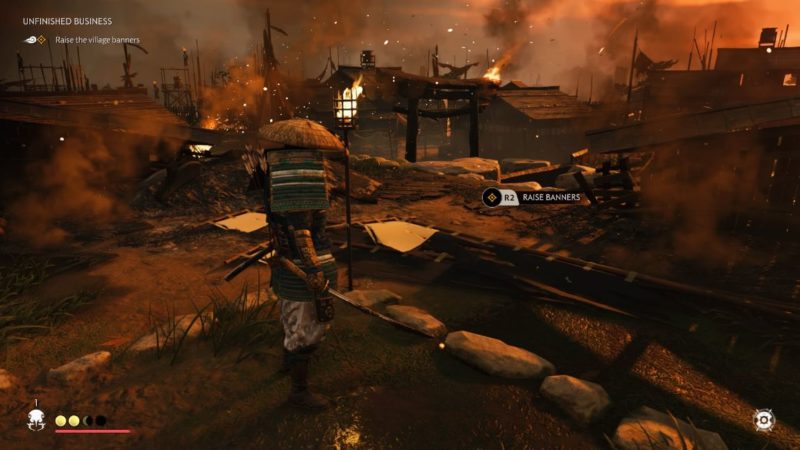