Where The Boat Of Consciousness is an Archon quest in the newly released 3.2 update of Genshin.

Your objective is to look for The Balladeer (Scaramouche) and stop him.

Here’s a walkthrough of Where The Boat Of Consciousness Lies in Genshin Impact. 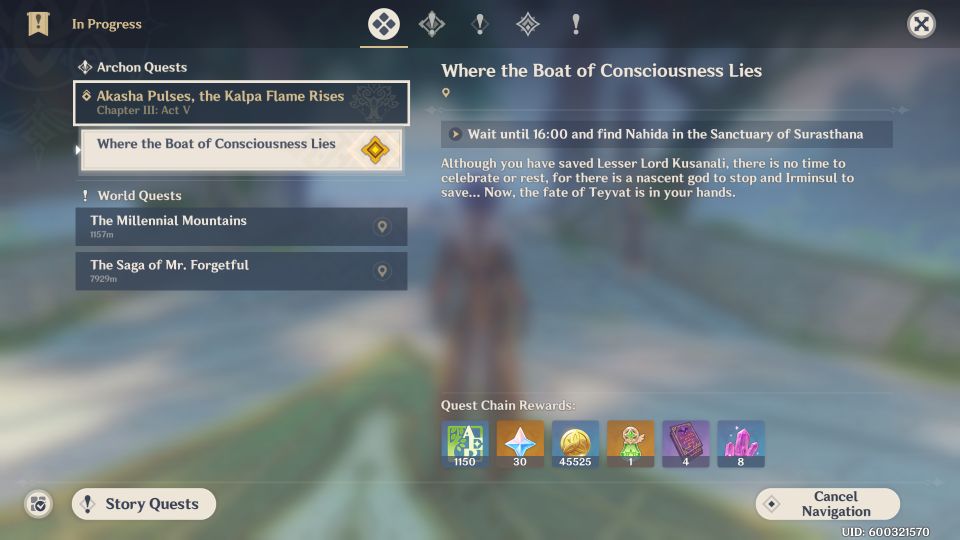 When you’re ready for the boss fight later, talk to Nahida inside the Sanctuary of Surasthana. 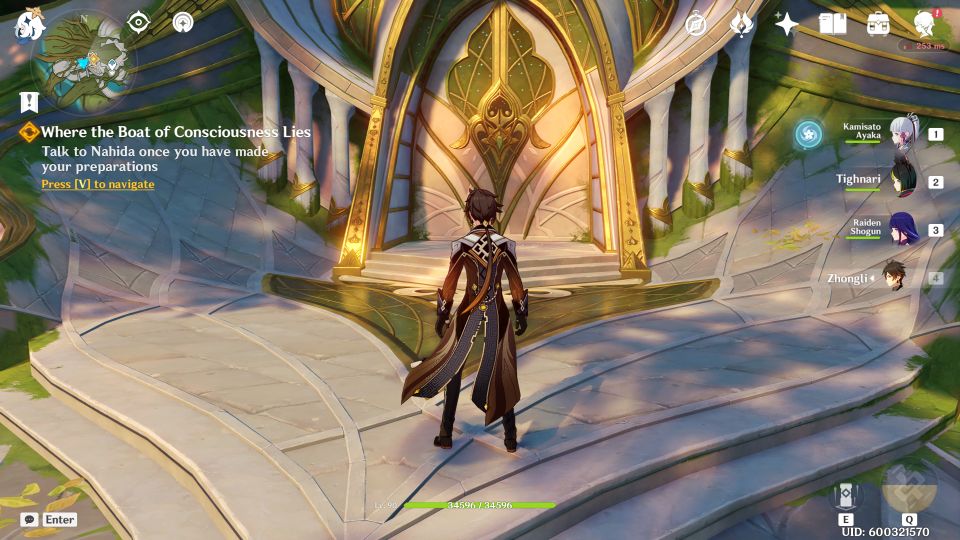 After meeting Nahida, go inside Deus Foundry which is a dungeon. 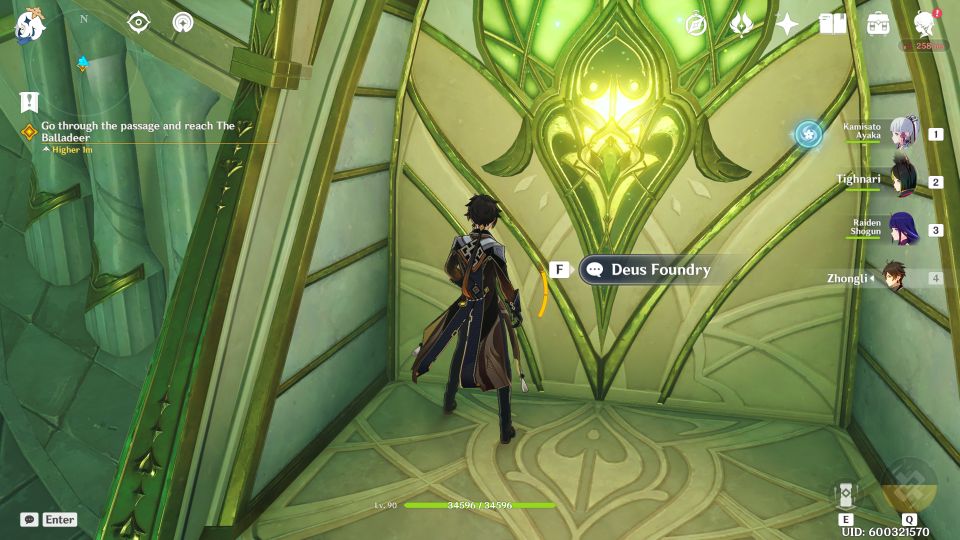 You will immediately meet Fatui members. Defeat them all. 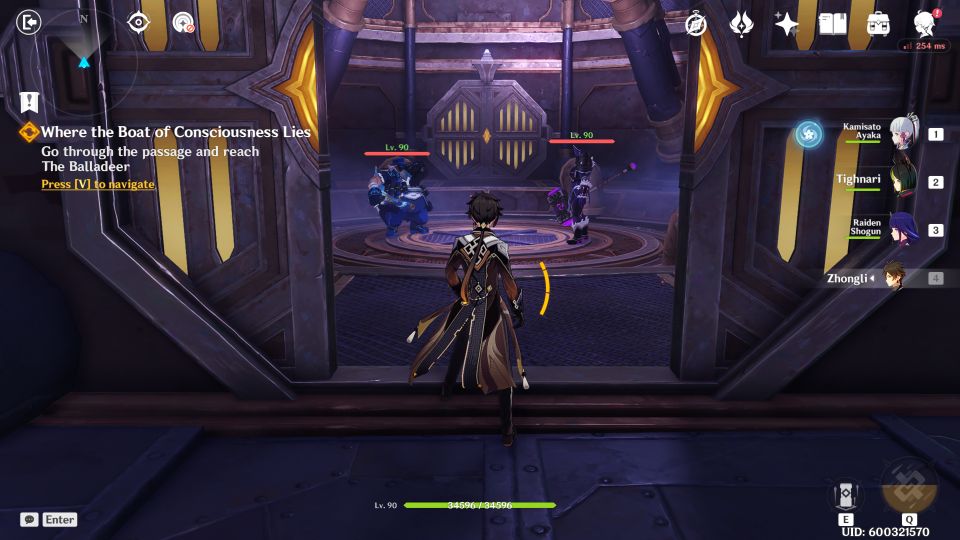 Use the four-leaf sigils and you’ll reach a pipe you can climb up. 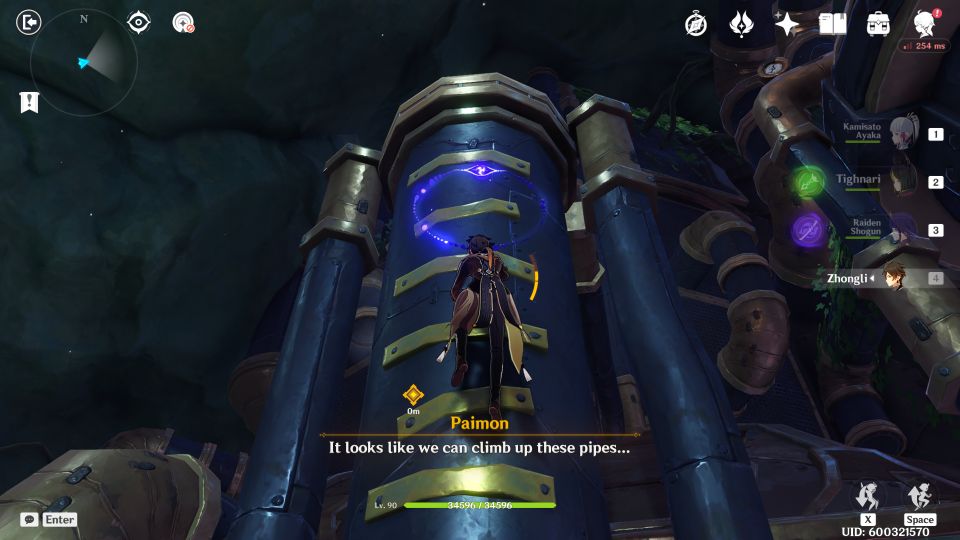 Go to the middle. 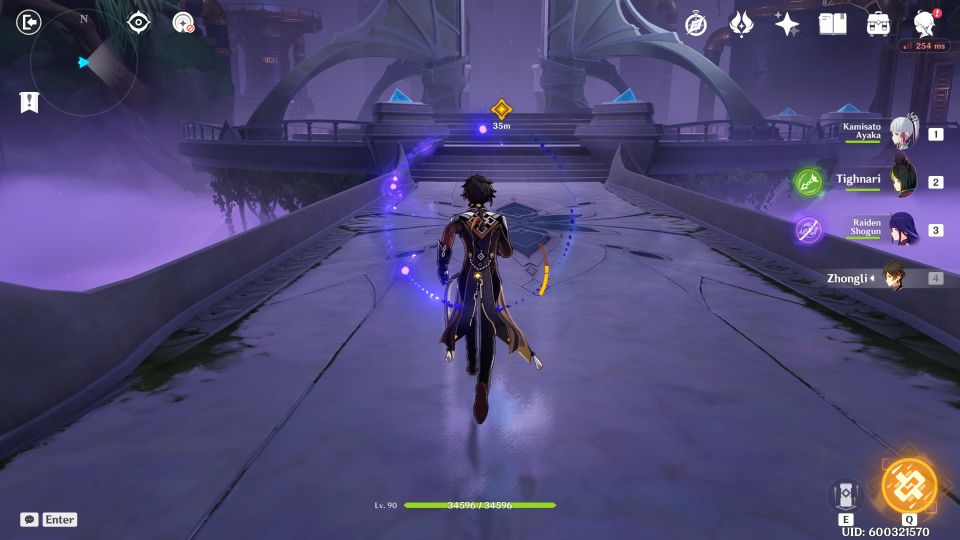 You’ll then need to rotate all the circles so that they light up. First of all, go to the moving platform. 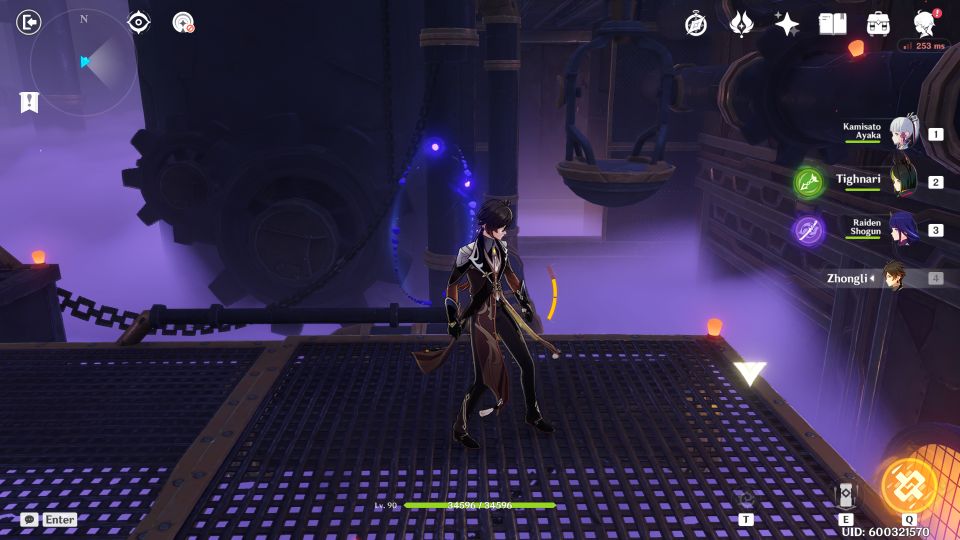 While moving, look for a four-leaf sigil. Use it and climb the pipe up. 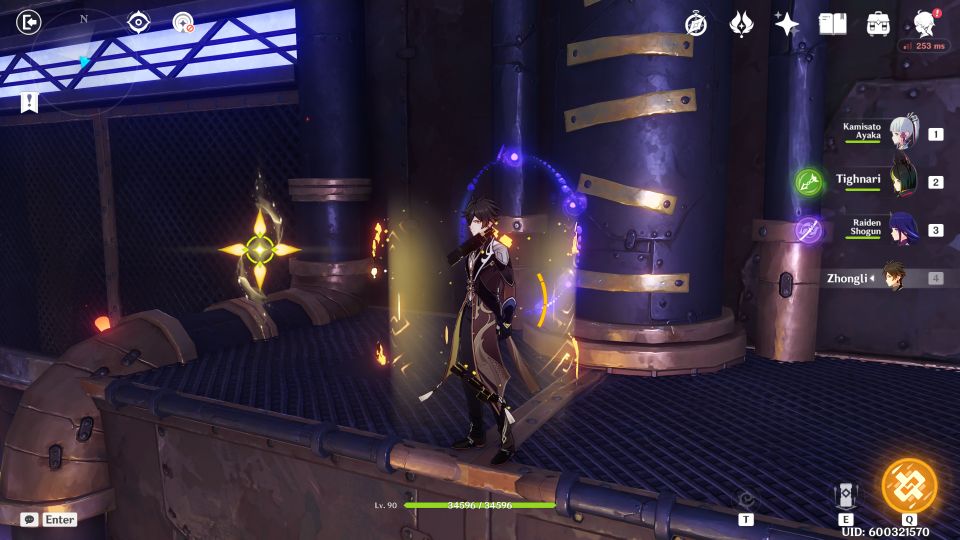 You will then discover the first rotating device. Rotate it until the particular circle lights up. 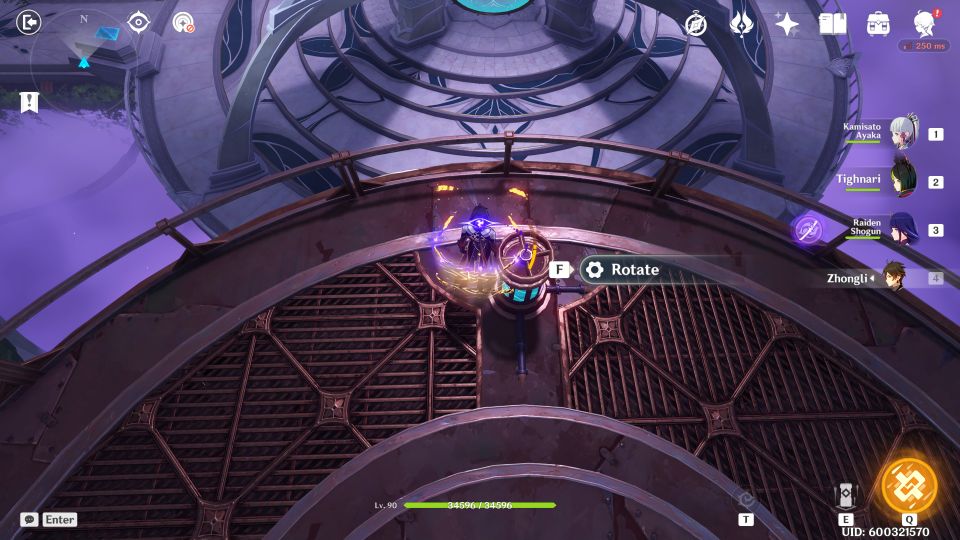 Continue your way up. 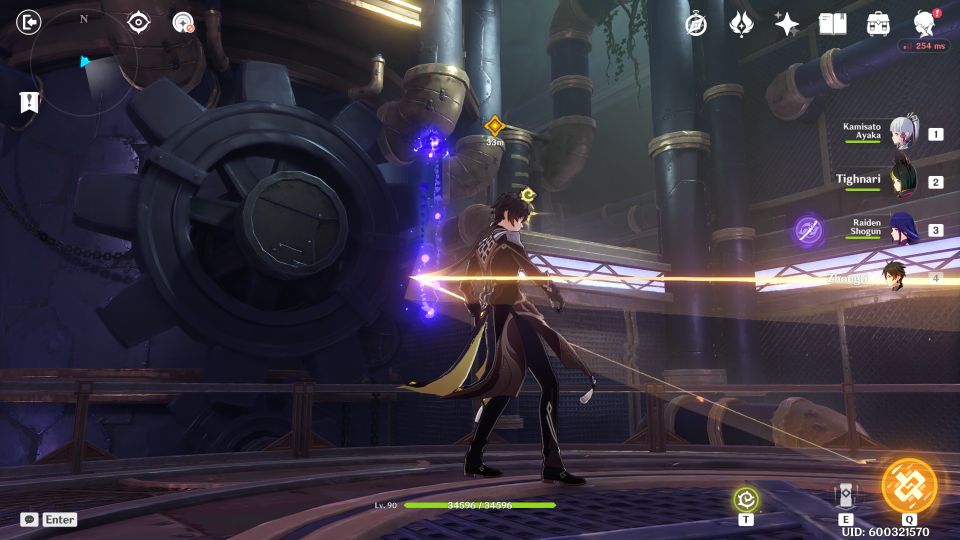 Defeat the Fatui and rotate the next circle. 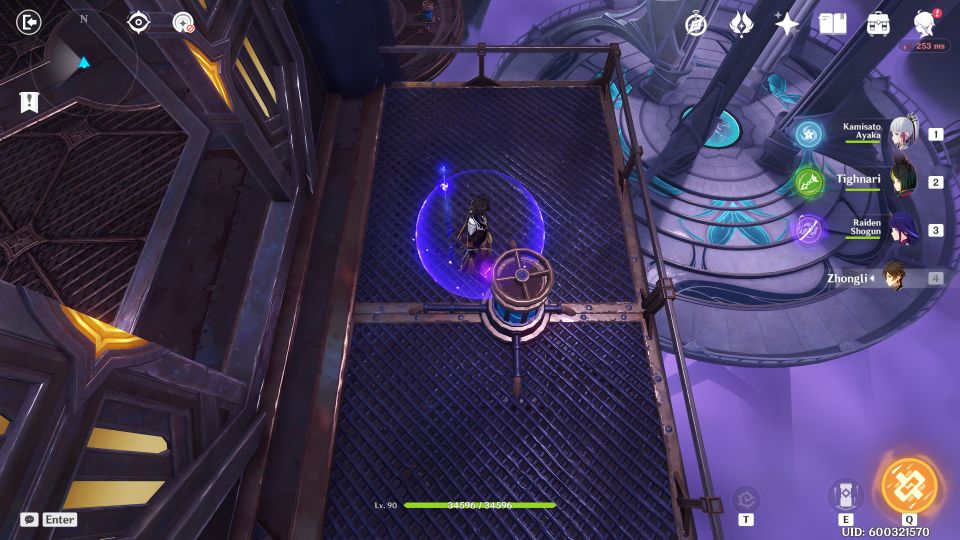 In the next area, you have to rotate the crystal until the platform takes you to the marker. Look up on the railing and you’ll see where the platform can turn. 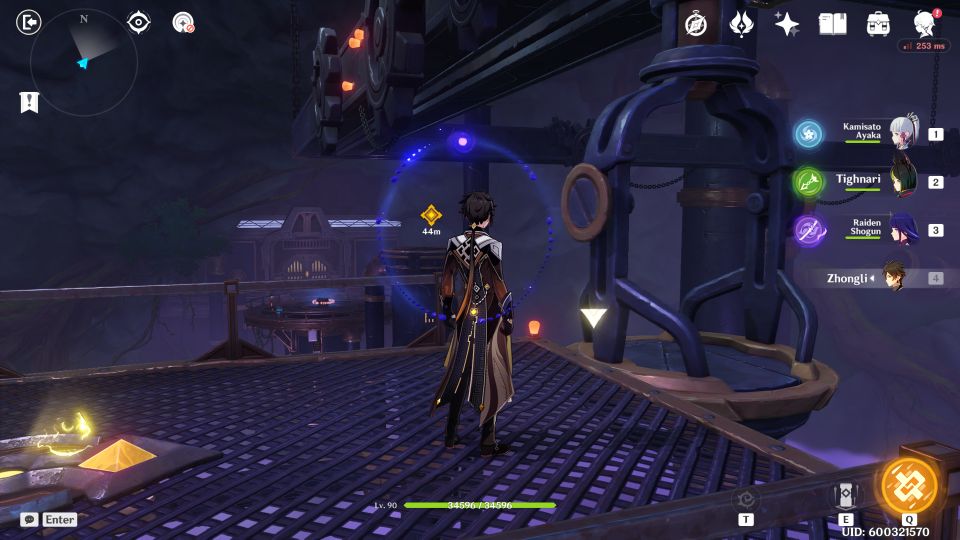 Once you’re done, follow the path and you’ll see two crystal devices. Rotate both of them once and use the platform to the next area. 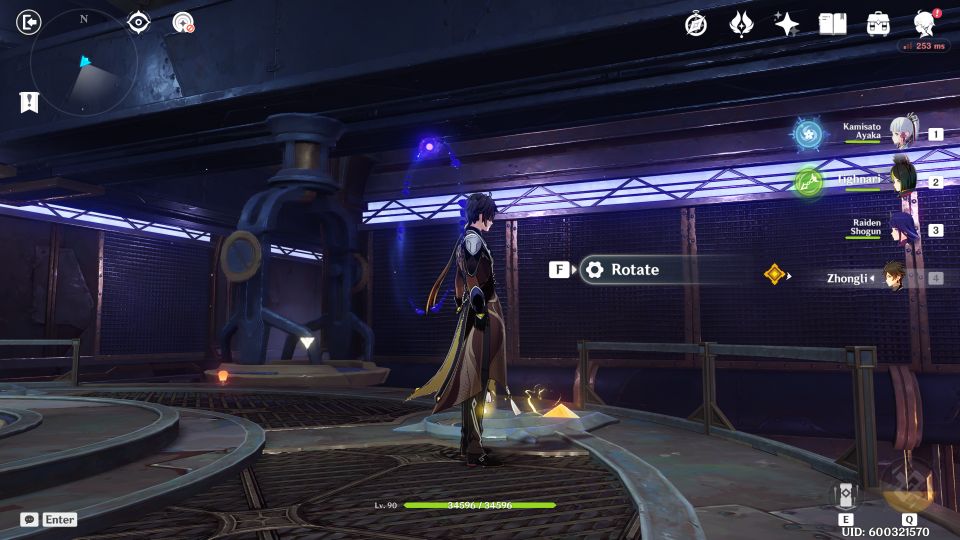 Go back out and you’ll see the device. Rotate the circle. 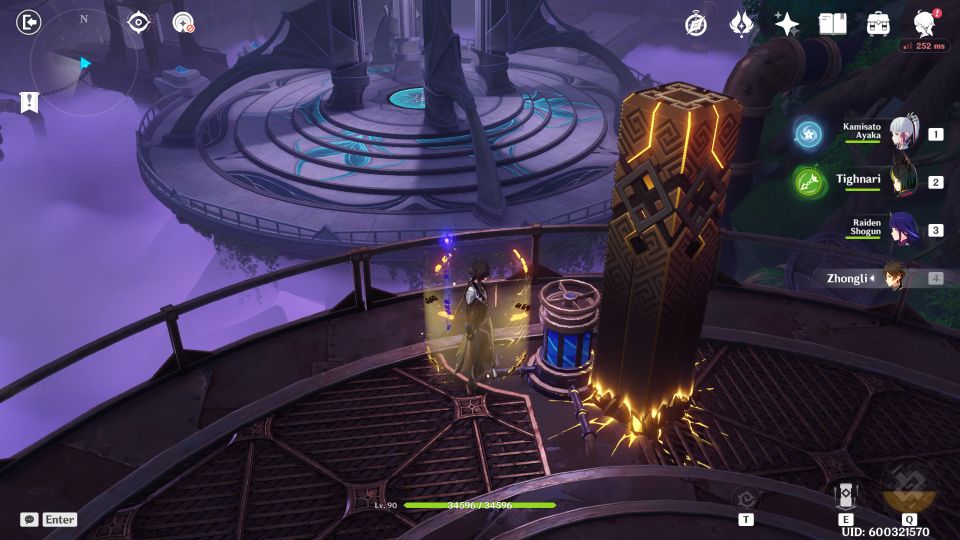 After this, go to the last one. Rotate the final circle and you’re done. 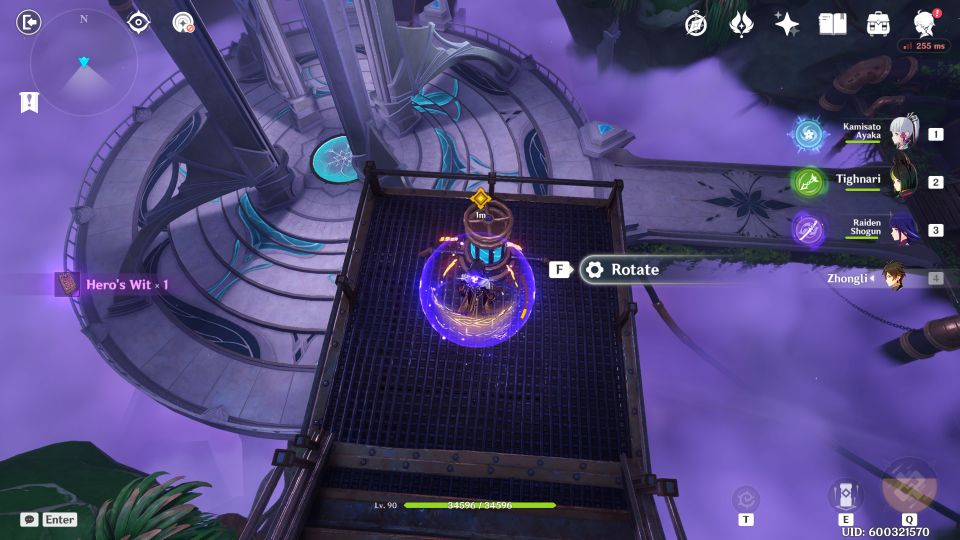 Go back down to the middle and use it as an elevator. 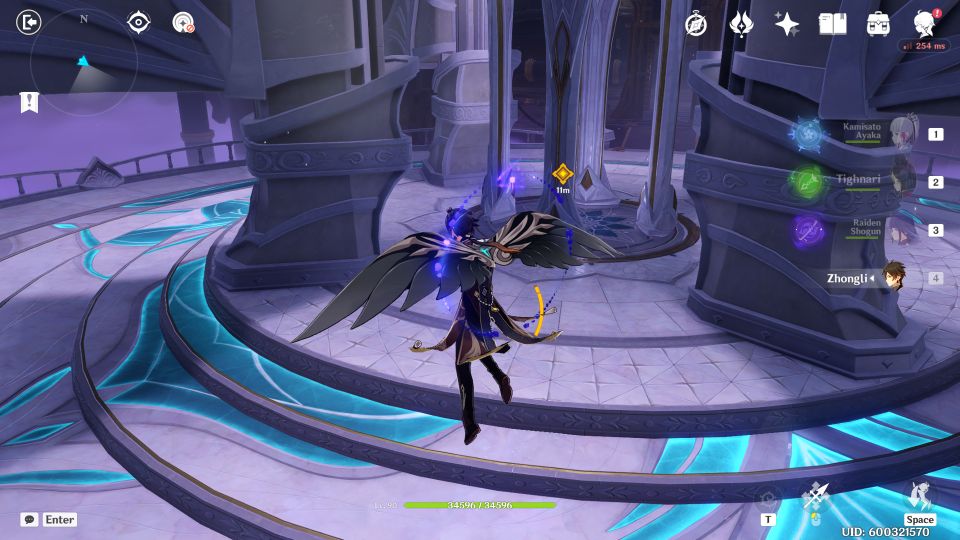 You will then meet The Balladeer who is also known as Everlasting Lord of Arcane Wisdom. 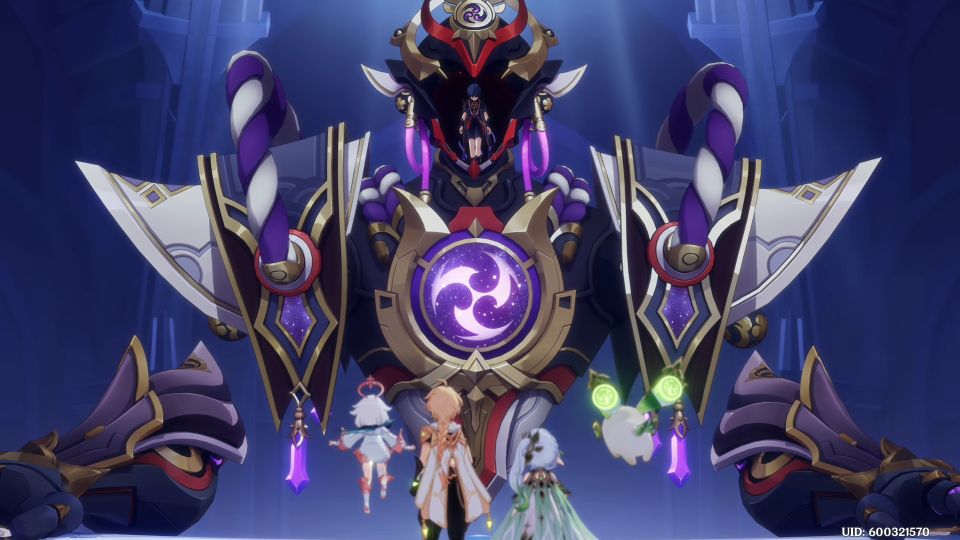 The first boss fight is really quick. Just spam your attacks and you’ll reach the next stage. 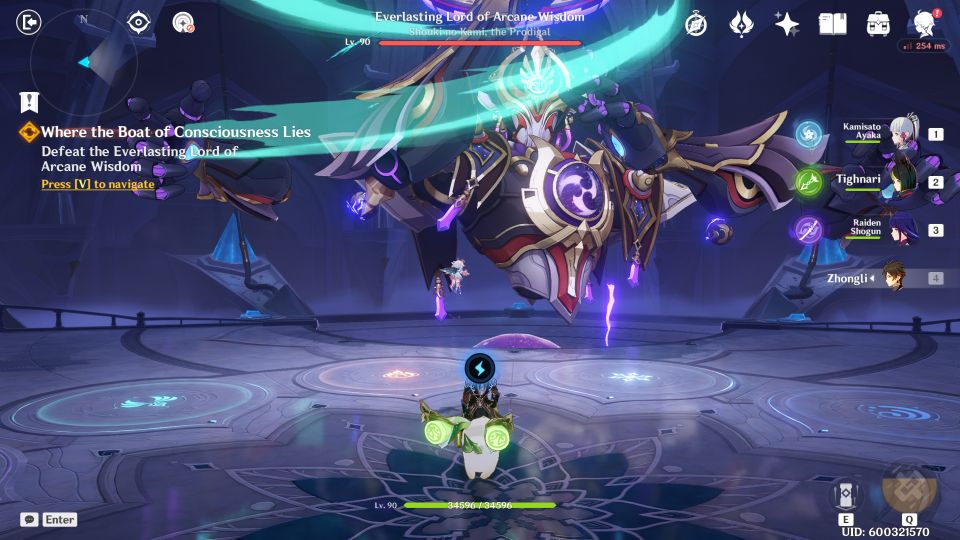 In the next stage, he is huge and you can barely do any damage. You’re not supposed to win here.

Survive until the cutscene. 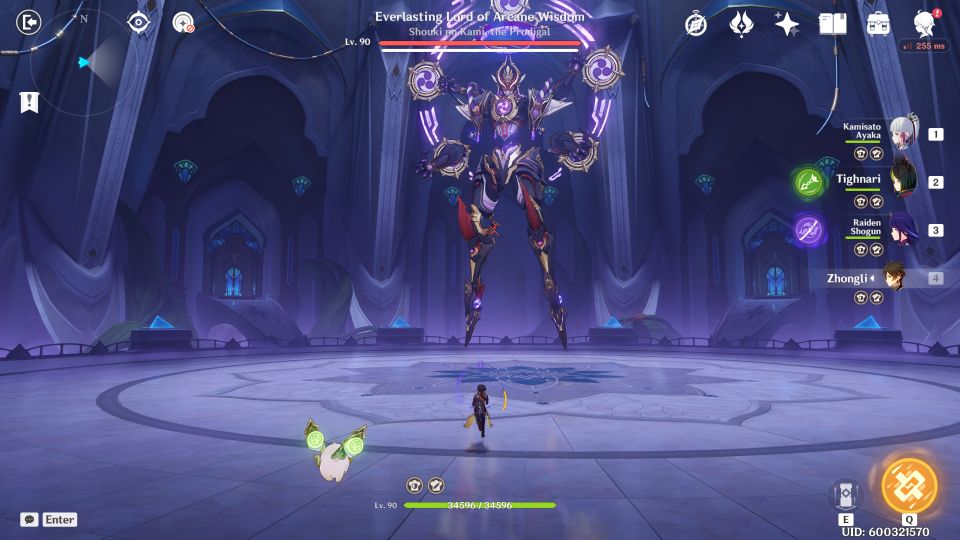 You will then learn that it was just a dream caused by Nahida’s ability where she replays the dream many times to get knowledge on how he fights.

Nahida then gives the Traveler a knowledge capsule for the fight.

You’ll now need to defeat The Balladeer for real. 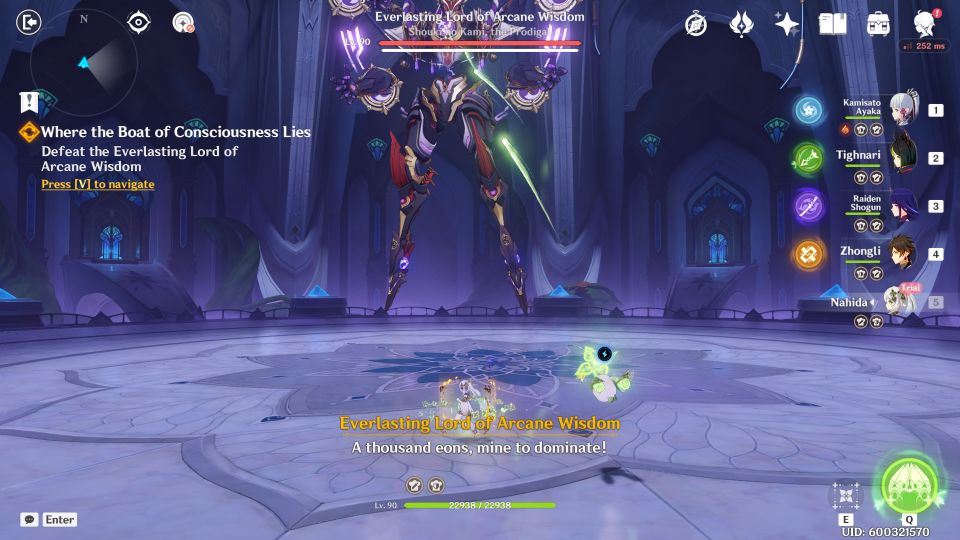 Watch out for the Nirvana Engine. Destroy it quickly or you’ll get killed in 1 hit. 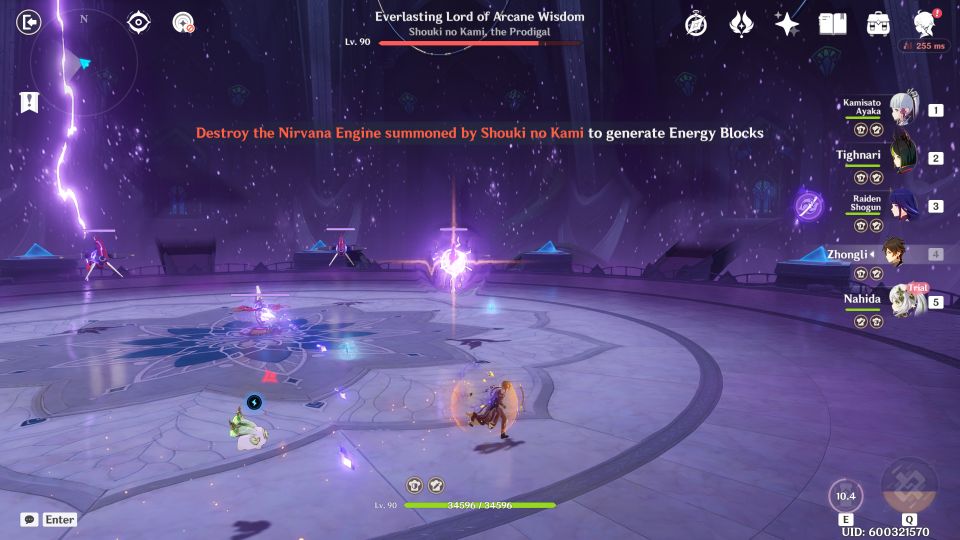 Continue the fight until he loses.

Head to the ship 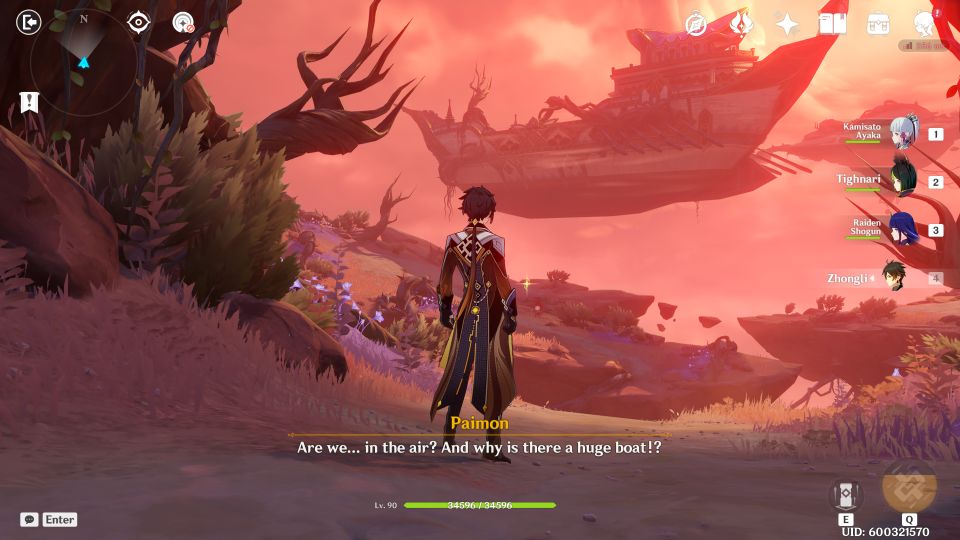 To get up there, you need to first defeat the enemies. Defeating them will spawn more four-leaf sigils. 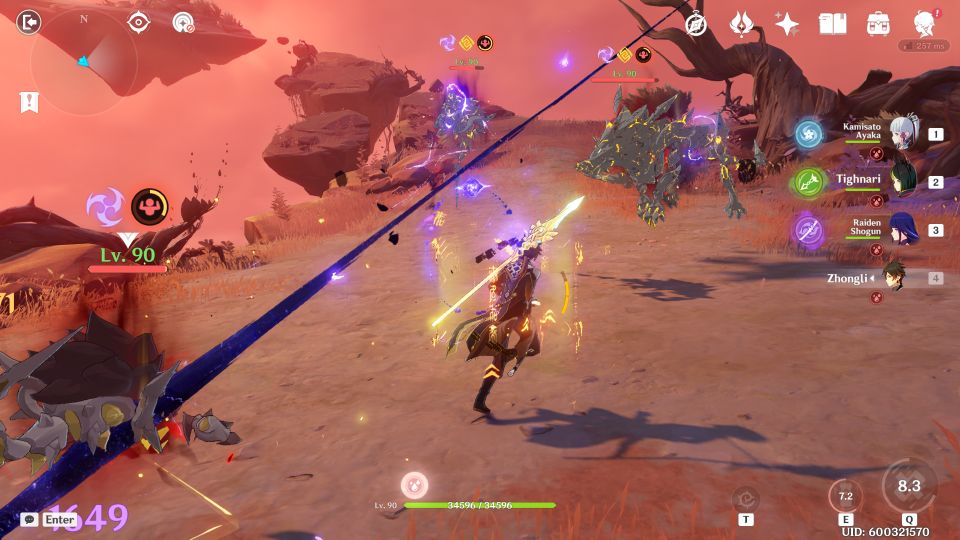 Once you’re on the ship, defeat the enemies. Make your way to the top deck to start the device. 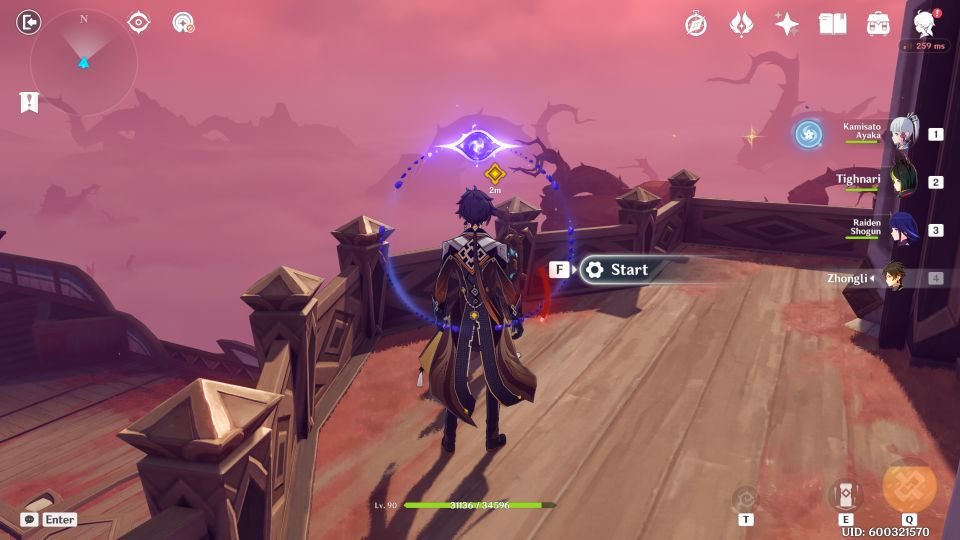 After the cutscene, walk up the tree. 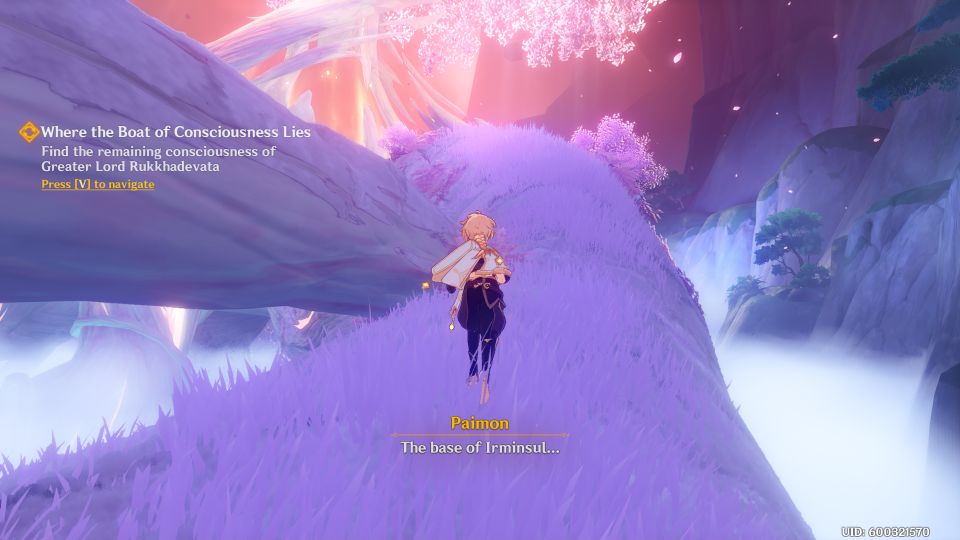 You’ll then learn more about Greater Lord Rukkhadevata and how she’s related to Nahida. The quest ends here. 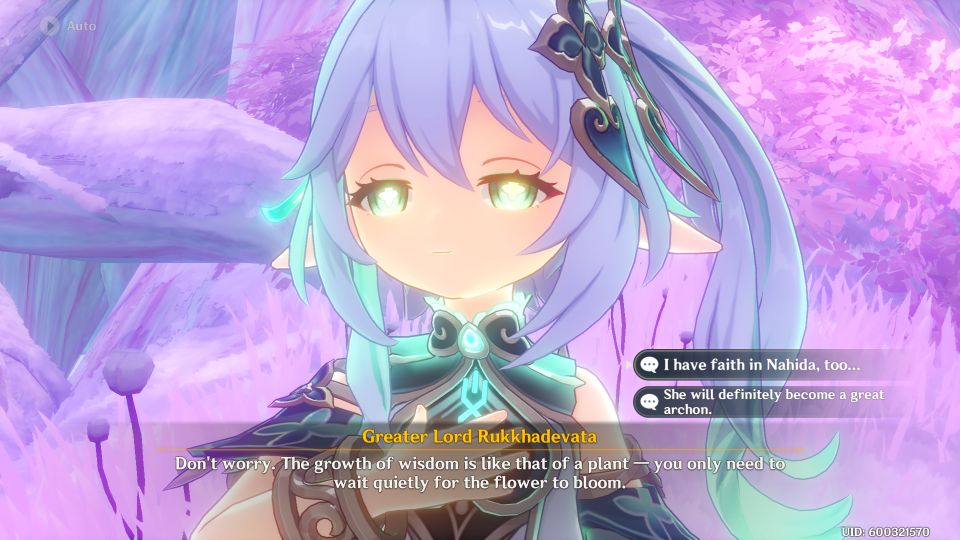 Genshin Impact: As By A God’s Side Quest Walkthrough